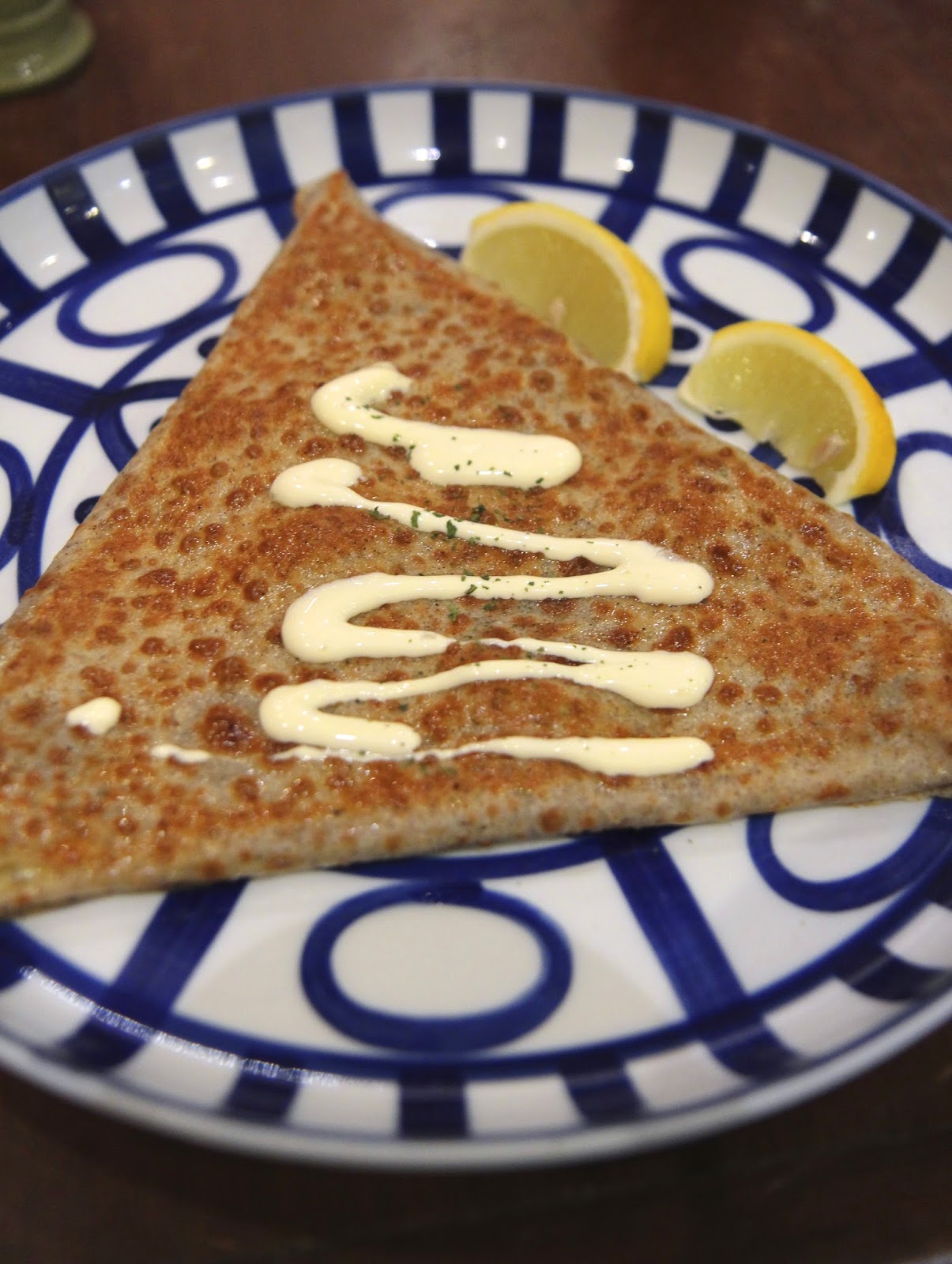 This is the 38th restaurant in the series, the 35th from the 1st floor.  Outer Pedro Gil Wing--final one (for now)! 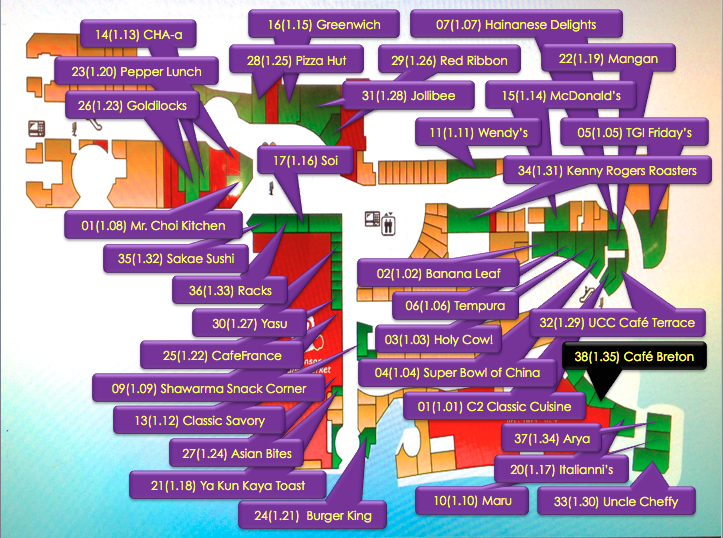 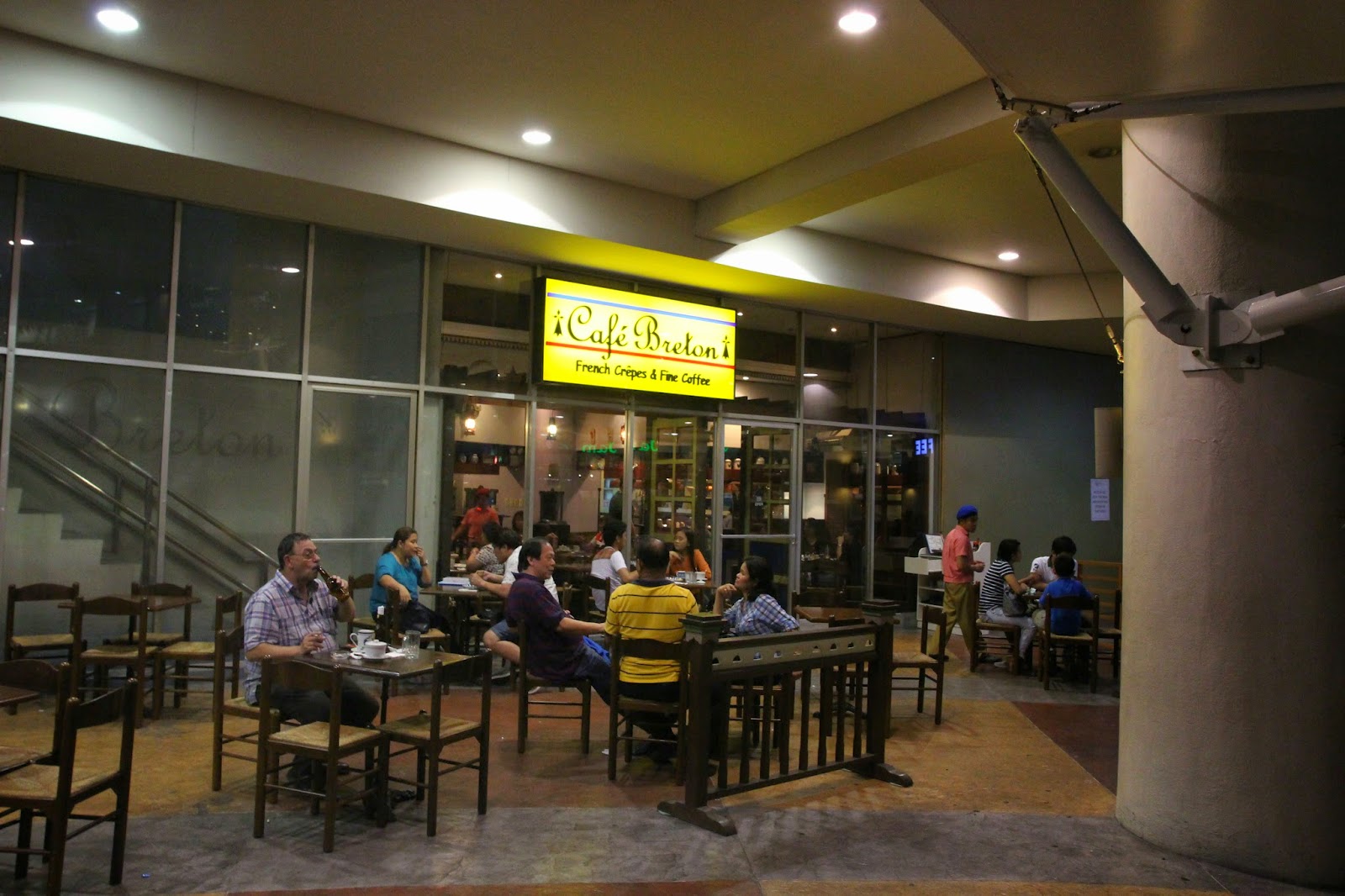 To the left (out of frame), Italianni's (see generally 5.049 Grilled Pepper Fish Fillet); to the right (behind the partitioning), Misoten (a Japanese ramen joint that closed down before I could try it). 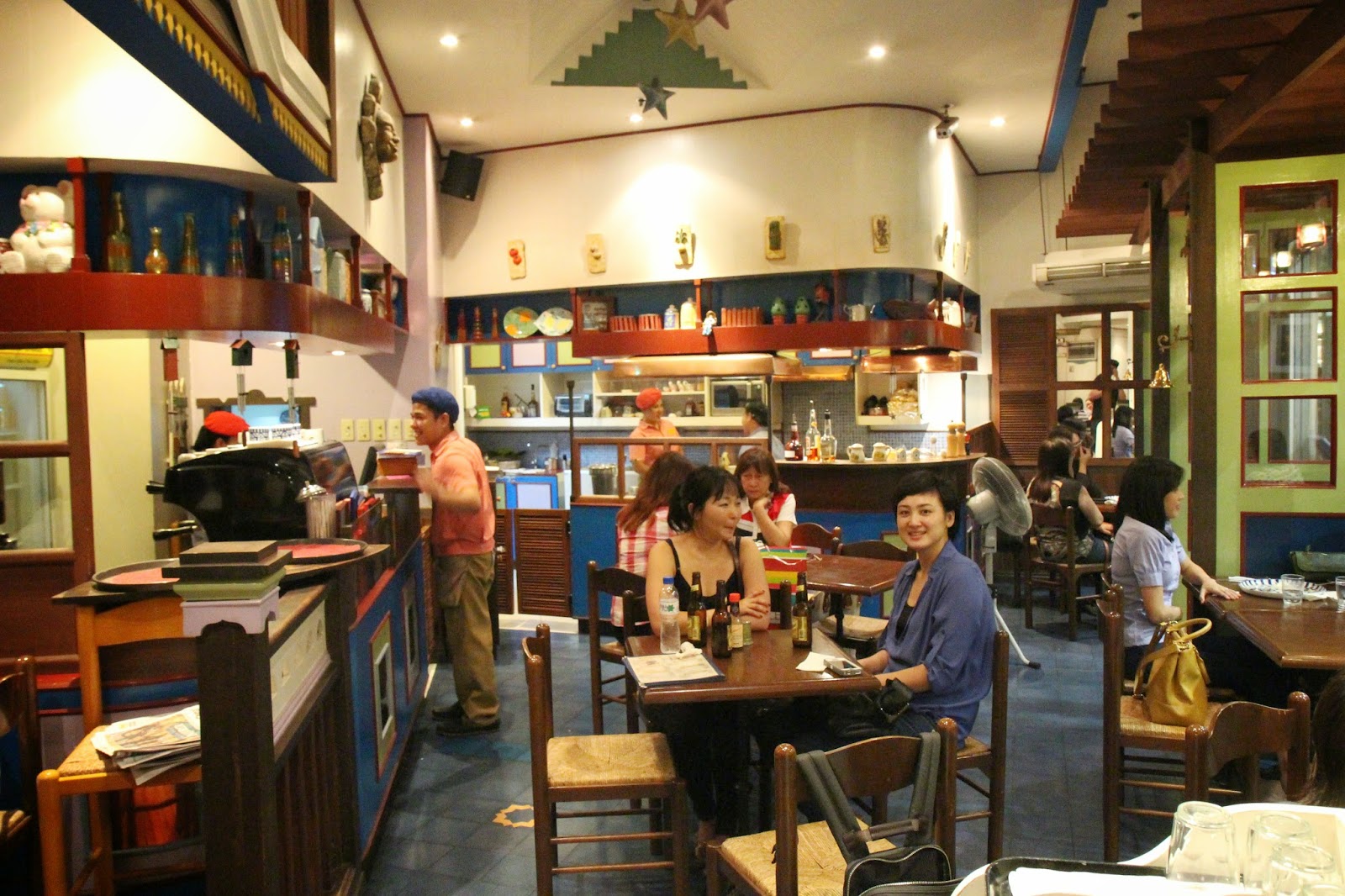 May and Nagisa, both interns at WHO, both members of TTiT1 (see generally 5.073 Cream Dory Meunière); having already had dinner earlier in the evening, they joined me for a beer but didn't eat anything.

Galette Brettone is a French pancake.  Consists of buckwheat flour, whipped into batter, spread/cooked in a thin layer on a buttered pan, then topped/filled with various savory ingredients, such as cheese, ham, etc., much like an omelette.  To be distinguished from the more famous crêpe, which consists of wheat flour and usually involves sweet toppings/fillings. 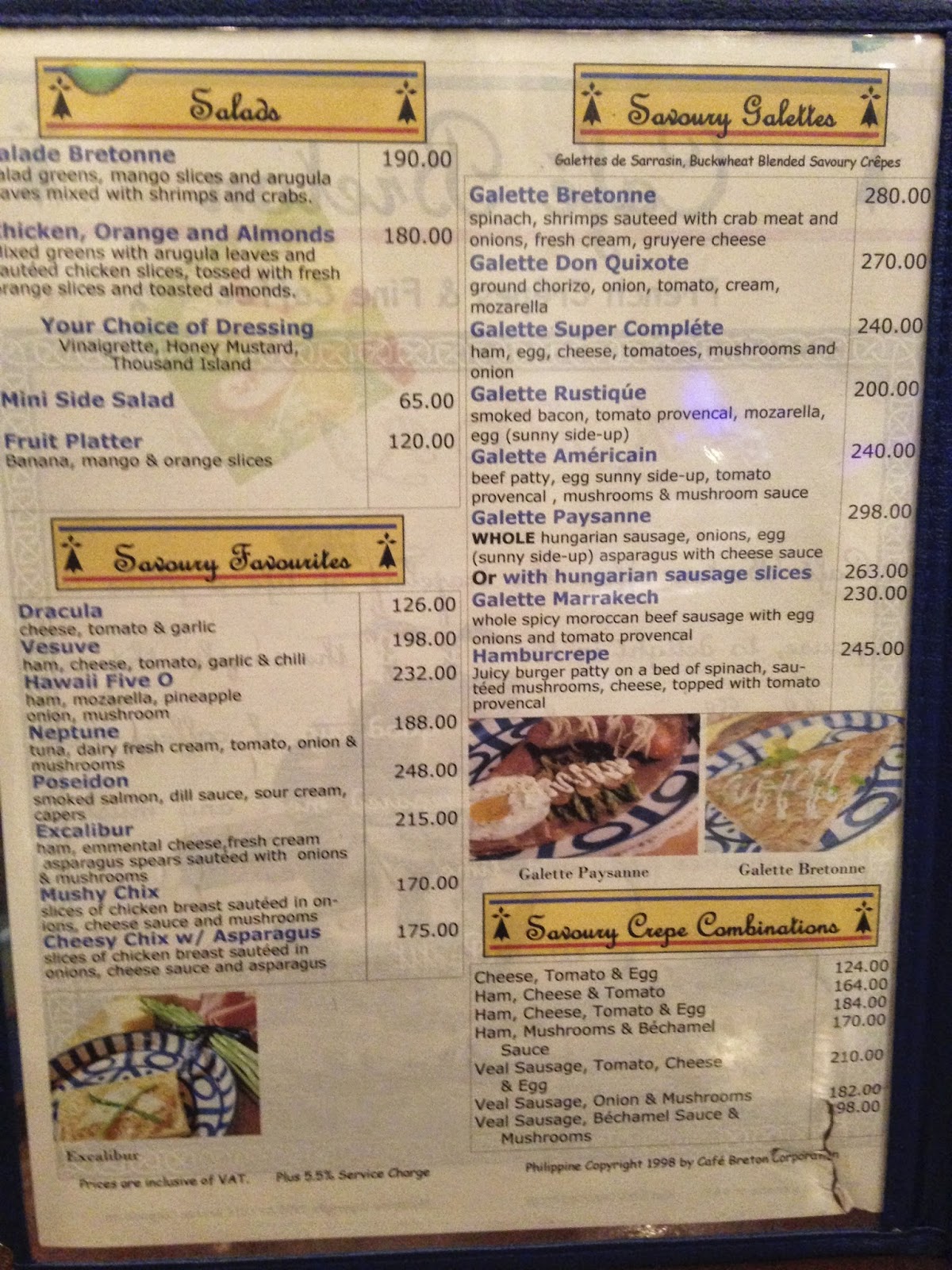 Prices not too bad, hovering around or just over 200 pesos, though of course I'd need at least 2 to constitute a full meal. 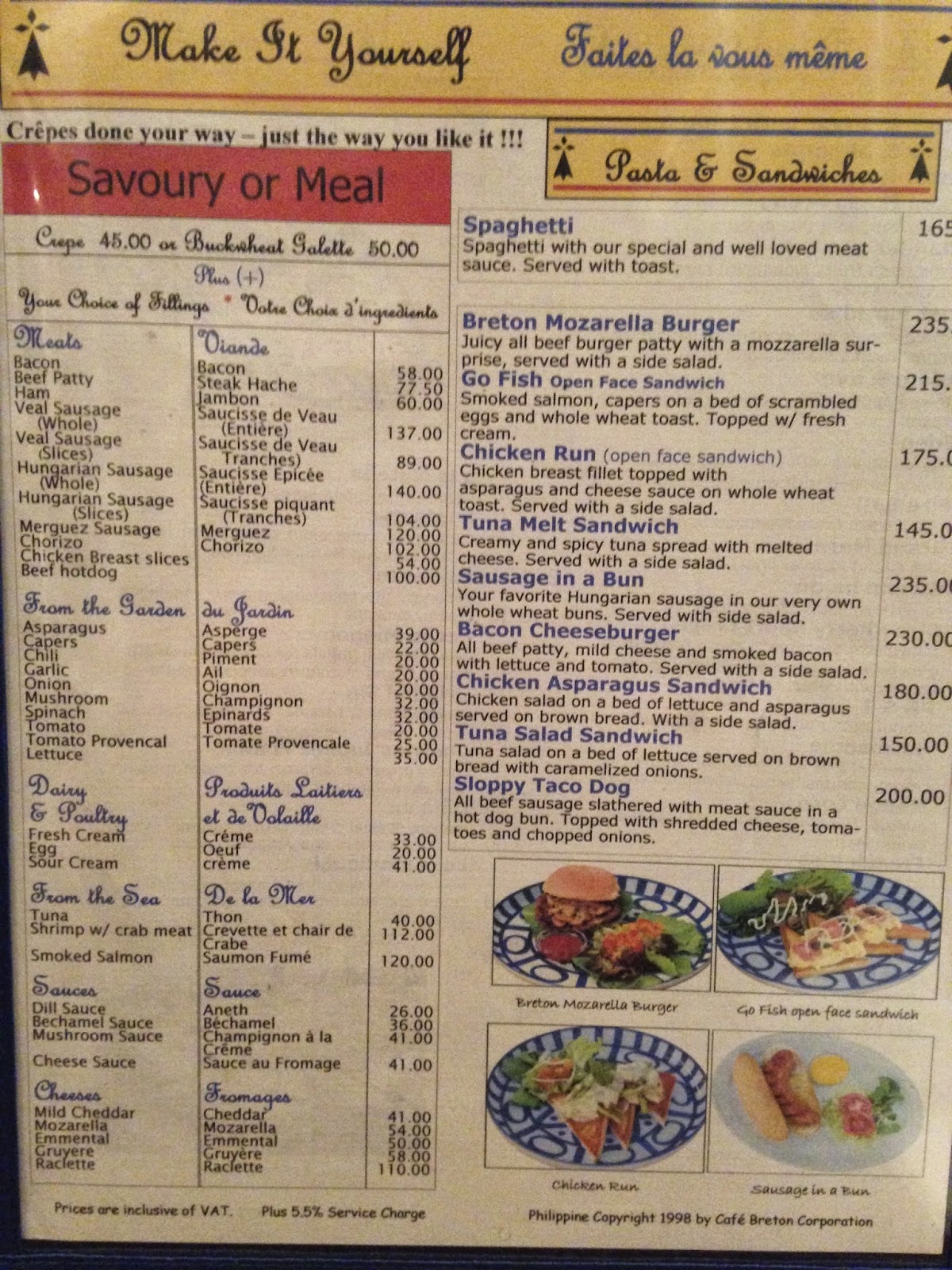 In the Philippines, menus are often very extensive; but upon ordering, a common response is, "Sorry, sir, not available."

Café Breton is a French coffee shop and bistro chain.  Currently 10 locations around Metro Manila, mostly in shopping malls.  Specializes in both galletes and crêpes, either of which can be customized from an extensive menu of ingredients (see above). 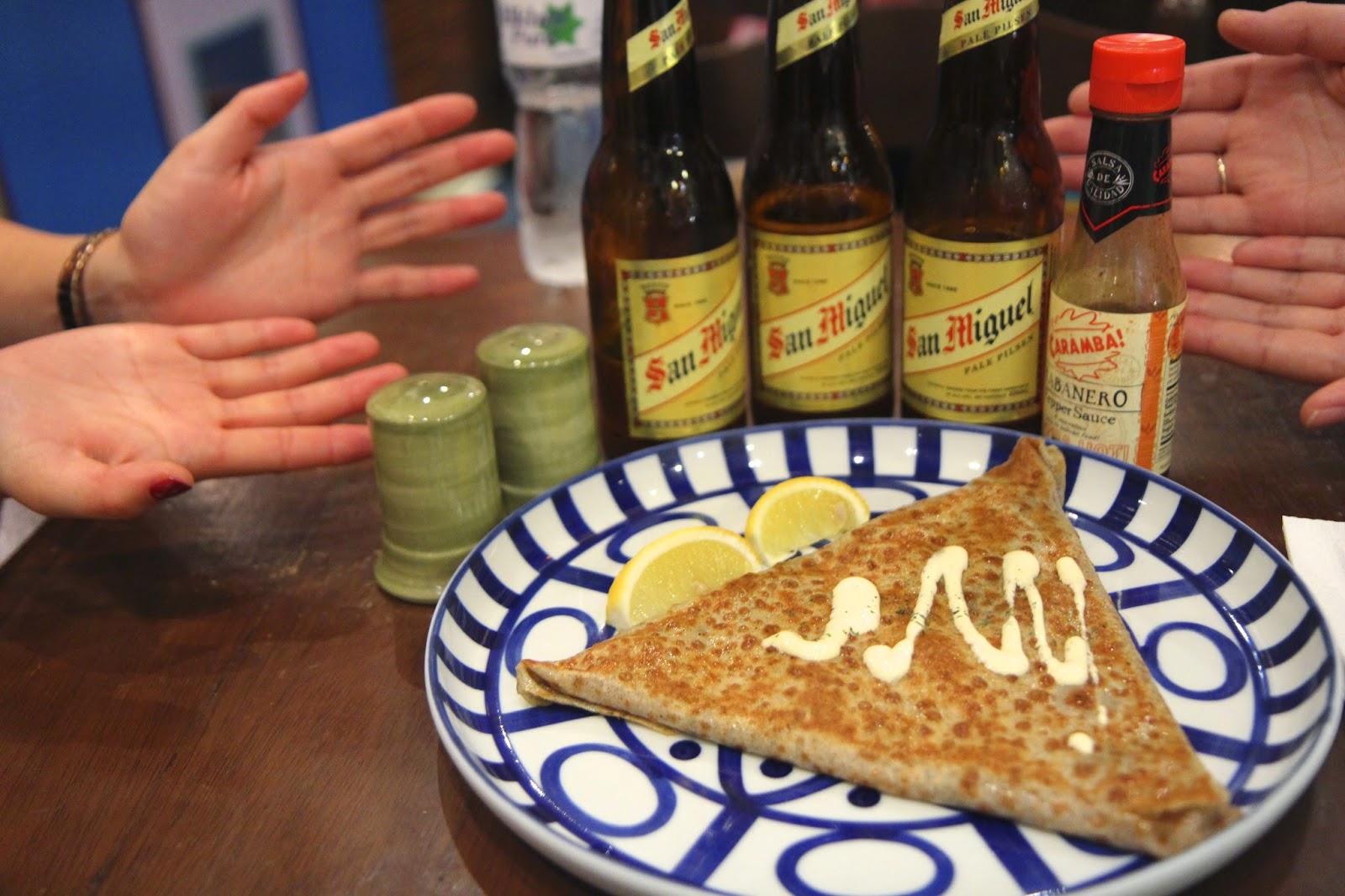 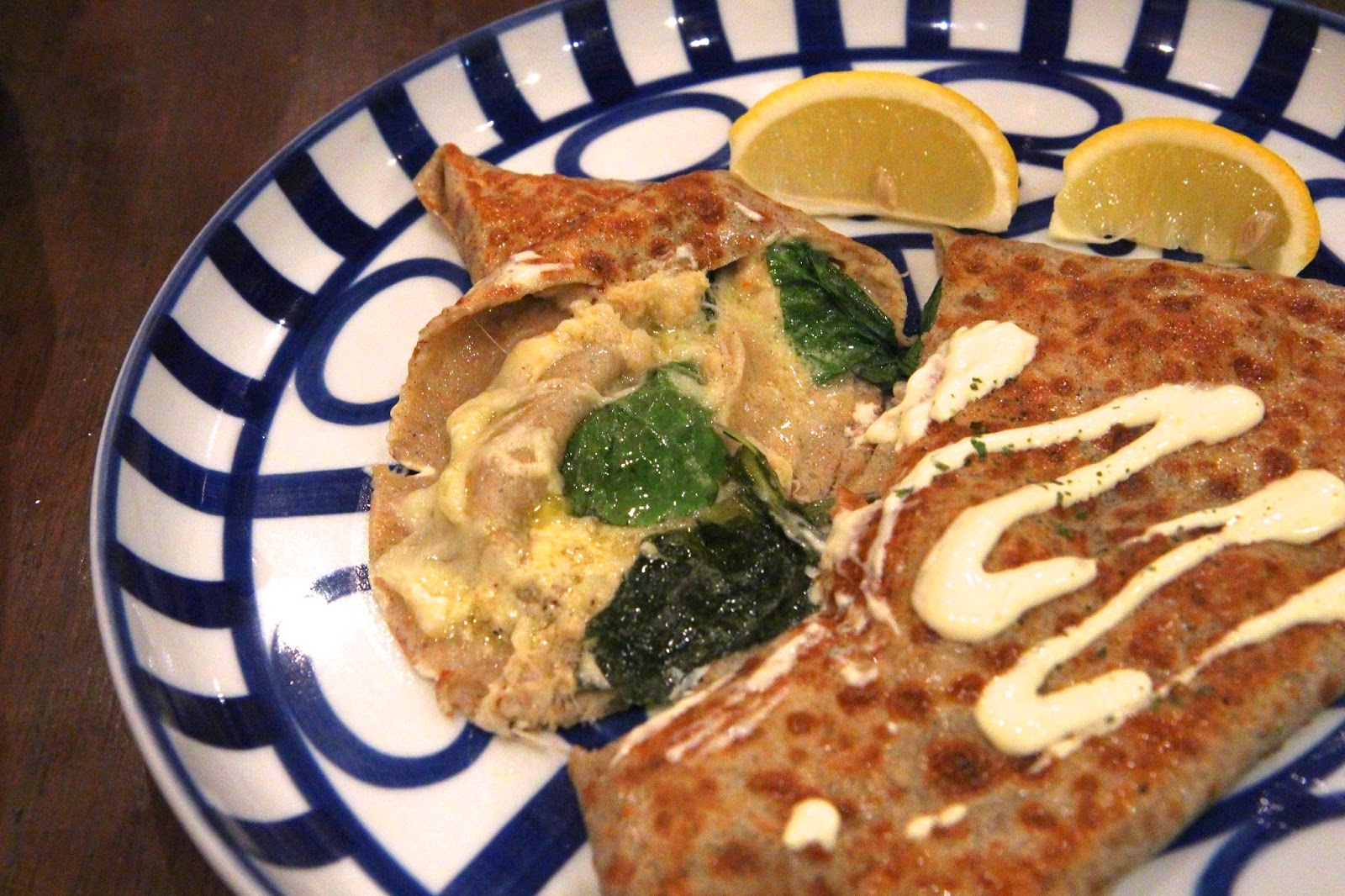 The Galette Brettone at Café Breton was respectable enough.  Here, the term refers to the house signature dish,  rather than to the pancake in general.  For starters, the texture of the galette was quite nice, cooked to a perfect gold brown, dry and crispy on the outside, yet soft and slightly chewy on the inside.  The combination of "spinach, shrimps sauteed with crab meat and onions, fresh cream, gruyere" worked reasonably well, though not enough shrimp and too much cream, making the whole thing somewhat mushy without substance, and the uncut spinach was difficult to handle.

I may go back for a light snack, maybe brunch (not that I really do brunch).