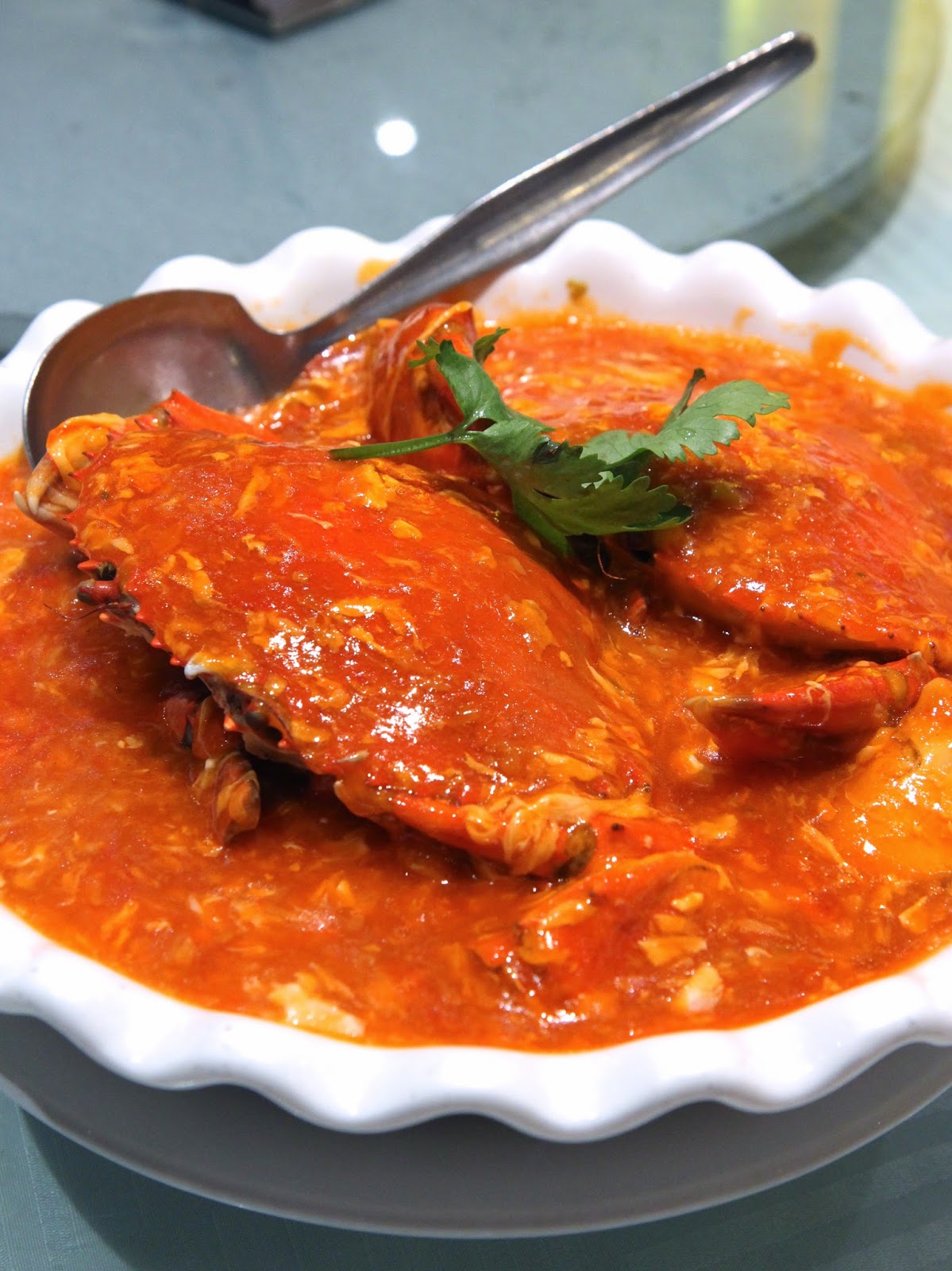 Tonight was the second and final meeting of the TTiT1 original members.  MK and YL, who'd been unable to join us for BB1, were available this time.  However, FL was tied up at work, and NK (intern in another division), whom I hadn't previously been introduced to or made aware of, was sick, so the gang wasn't complete.  And sadly, within the next few weeks, TL, MK, MKim, and SS will all be gone, and TL will be moving out of Tower 1.  If we do BB3, early next month maybe, it'll be just FL, NK, and me, along with any new WHO staff who sign on with Terry. 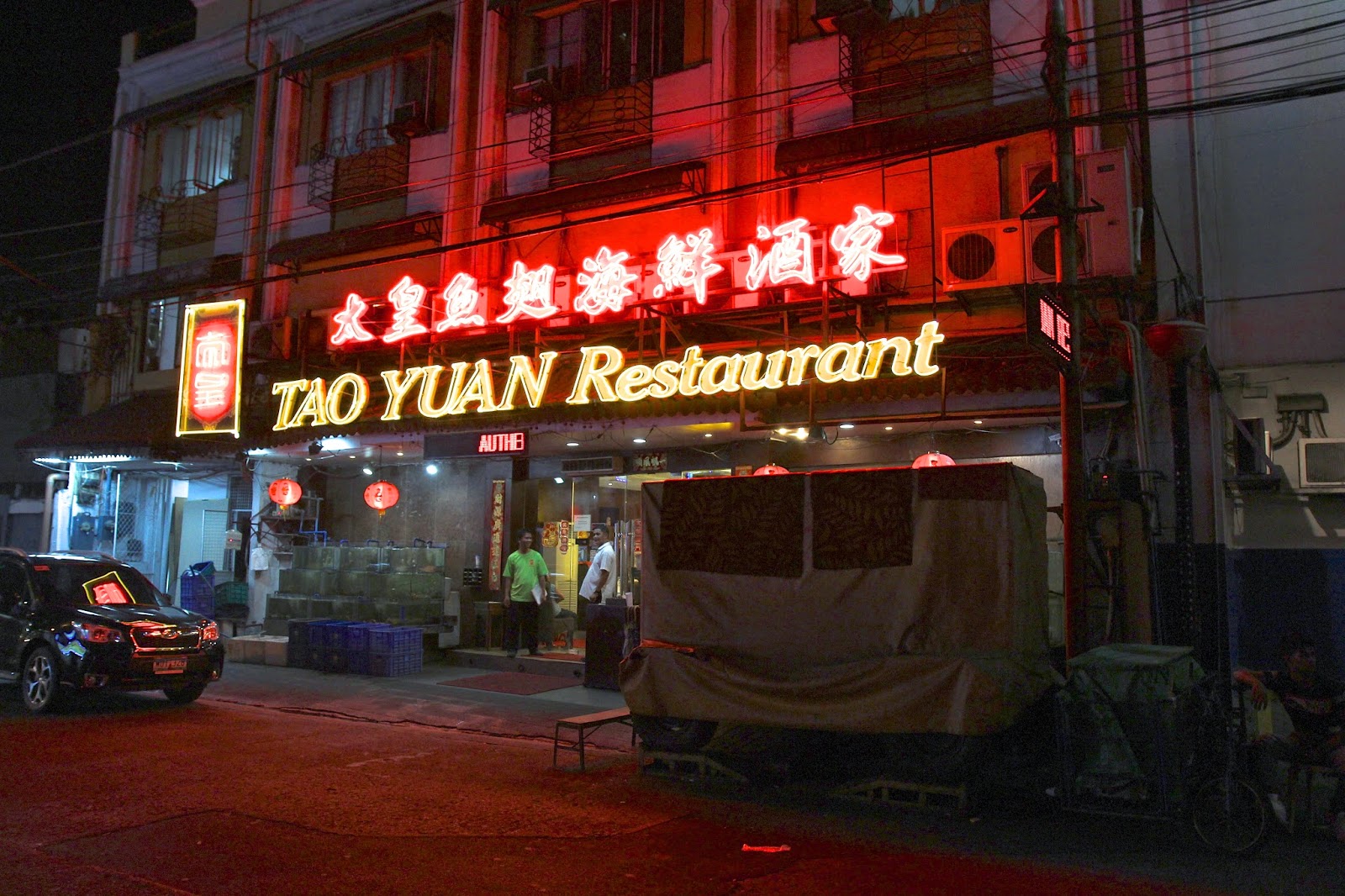 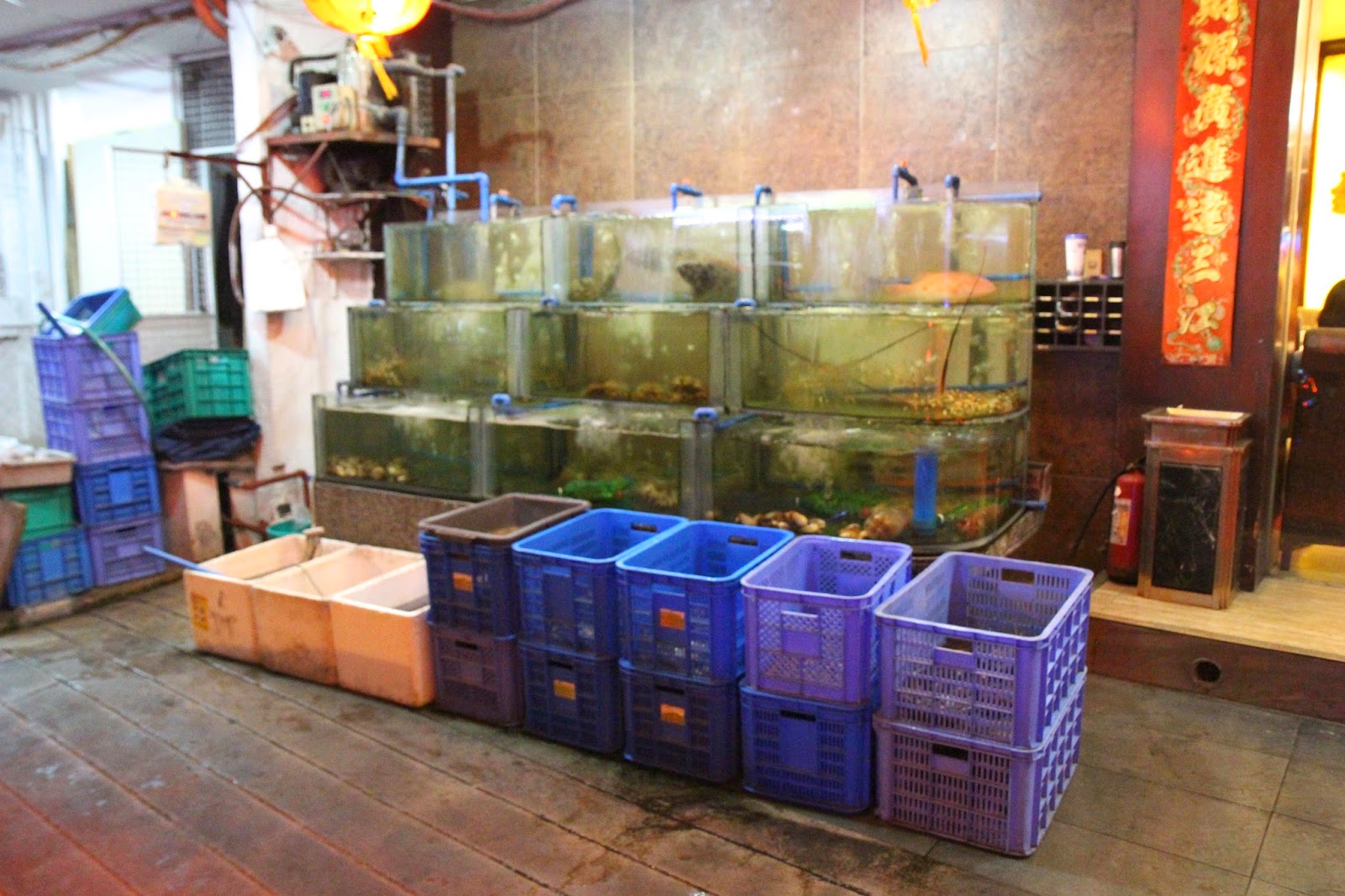 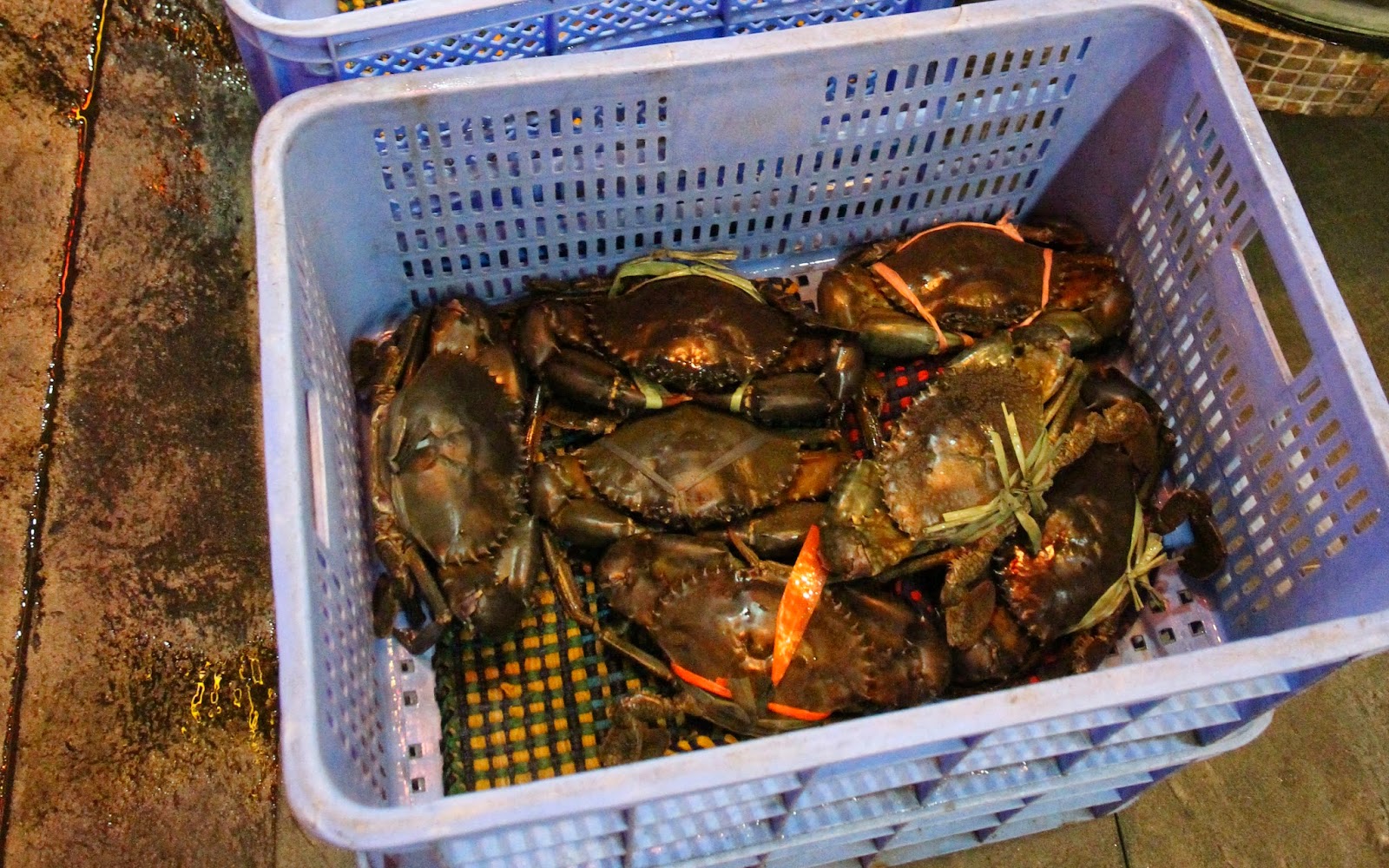 Point-of-sale marketing, but in a good way.

Tao Yuan is a Singaporean restaurant.  Located in Malate, a few blocks southwest of Tower 1.  Specializes in seafood dishes.

Adoring Singaporean cuisine as a I do (see for example 4.267 Chicken Rice), and wanting to tap Trinette's native expertise while I could, I was happy when everyone agreed upon Tao Yuan as the venue for BB2.  Alas, TL arrived late, leaving us on our own to order; and when she did arrive, she just got herself an individual bowl of laksa, so she proved completely useless this time, as far as the food guidance was concerned. 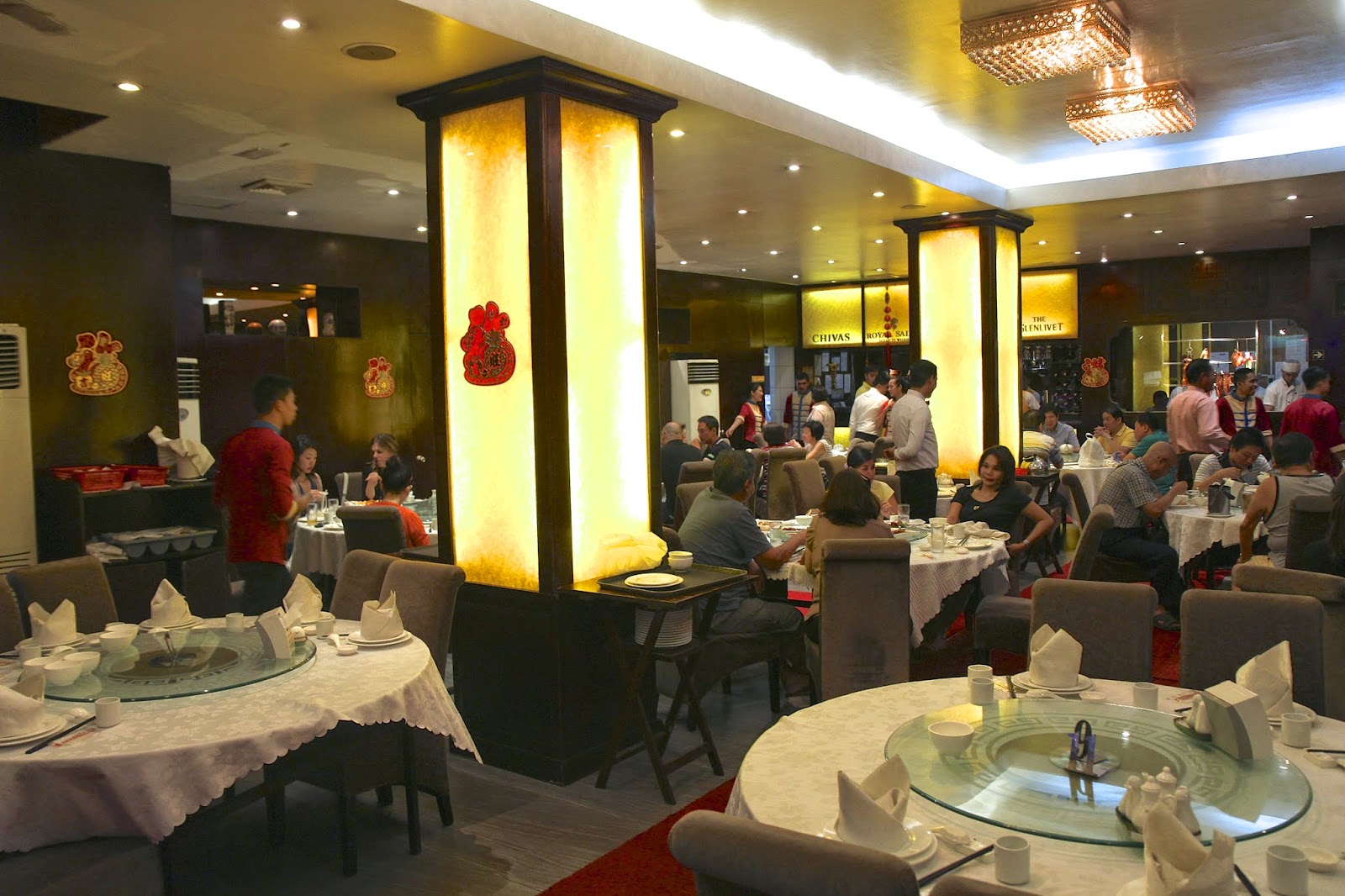 Half empty upon arrival at 7, but packed by 8 (Mina, Stephanie, and Yeonho visible on the left).

For the record, I acknowledge that TL has been an invaluable resource for food information up until tonight--i.e., at work, when both of us should've been working--e.g, about Singaporean dishes (see for example 5.050 Chicken Sa Po Fan...); Chinese etymology (see for example 5.046 Chop Suey...); as well as my ongoing quest to find the best Cantonese restaurant in Manila (see for example 5.068 Stir-Fried Spinach).  Thanks, TL!  I'll miss having immediate access to such a resource a couple doors down, but I'll be sure to continue bugging her via email. 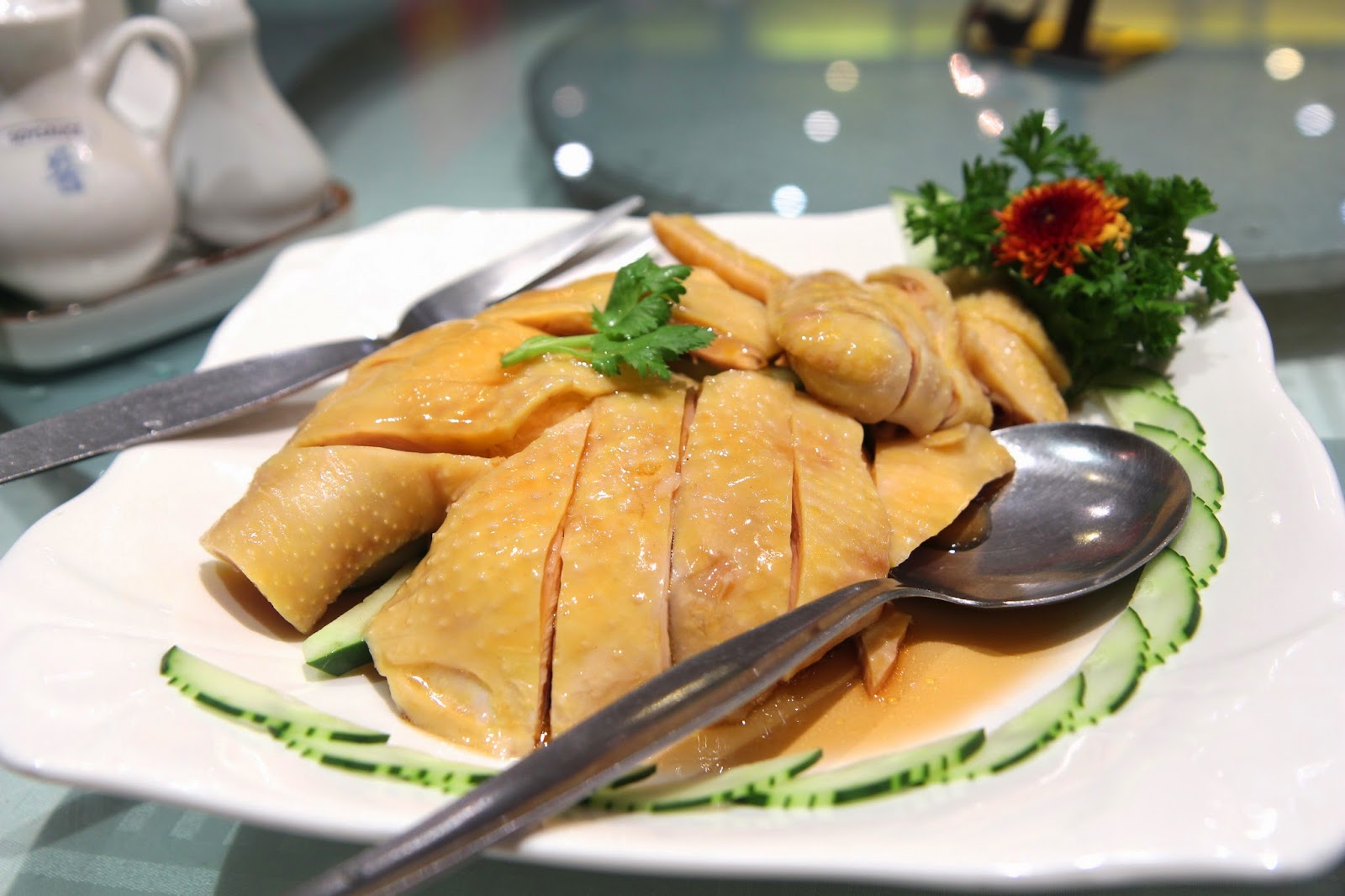 Hainanese chicken (2.0)--decent texture, but not much flavor; even the cucumbers weren't seasoned. 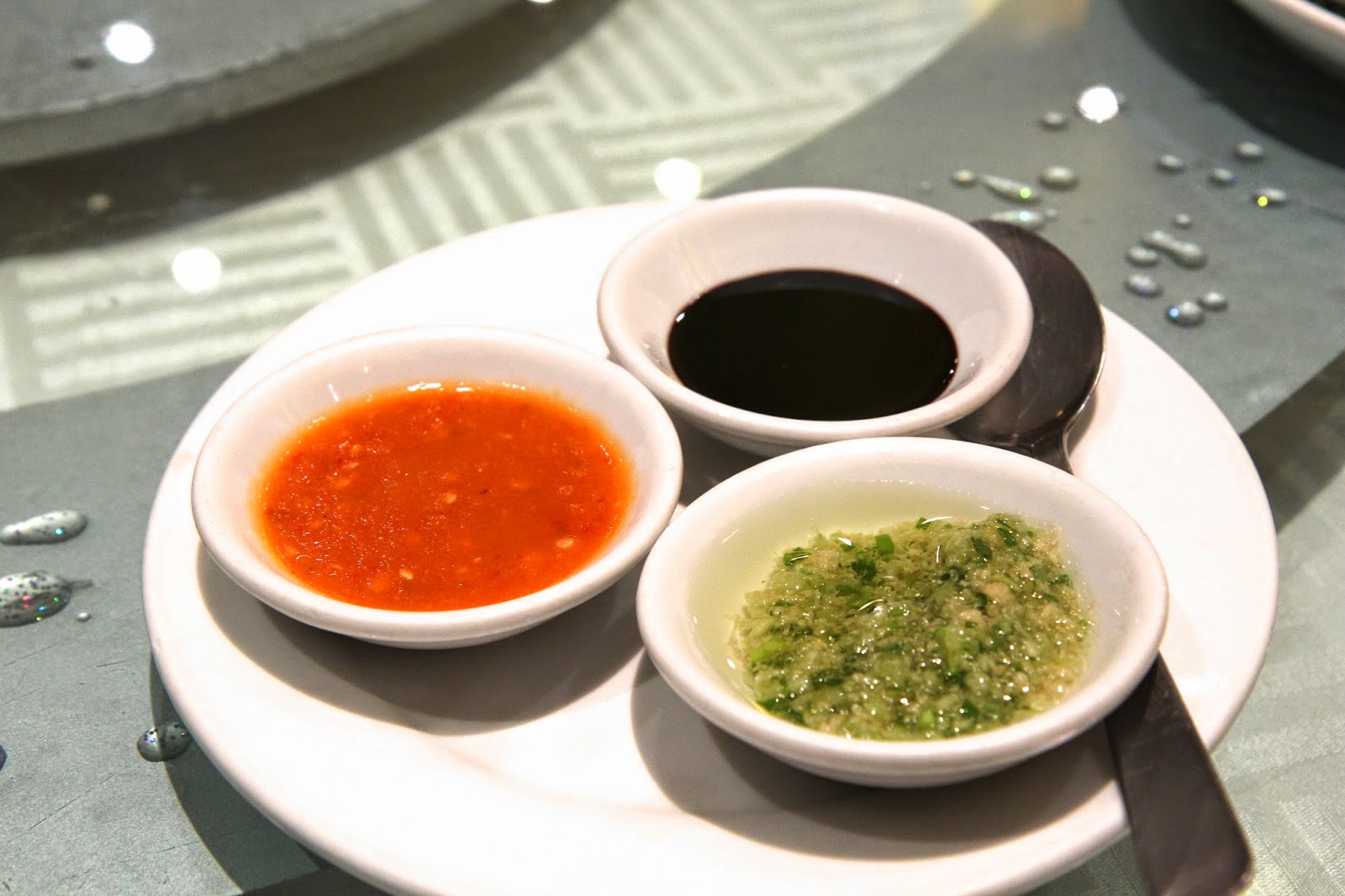 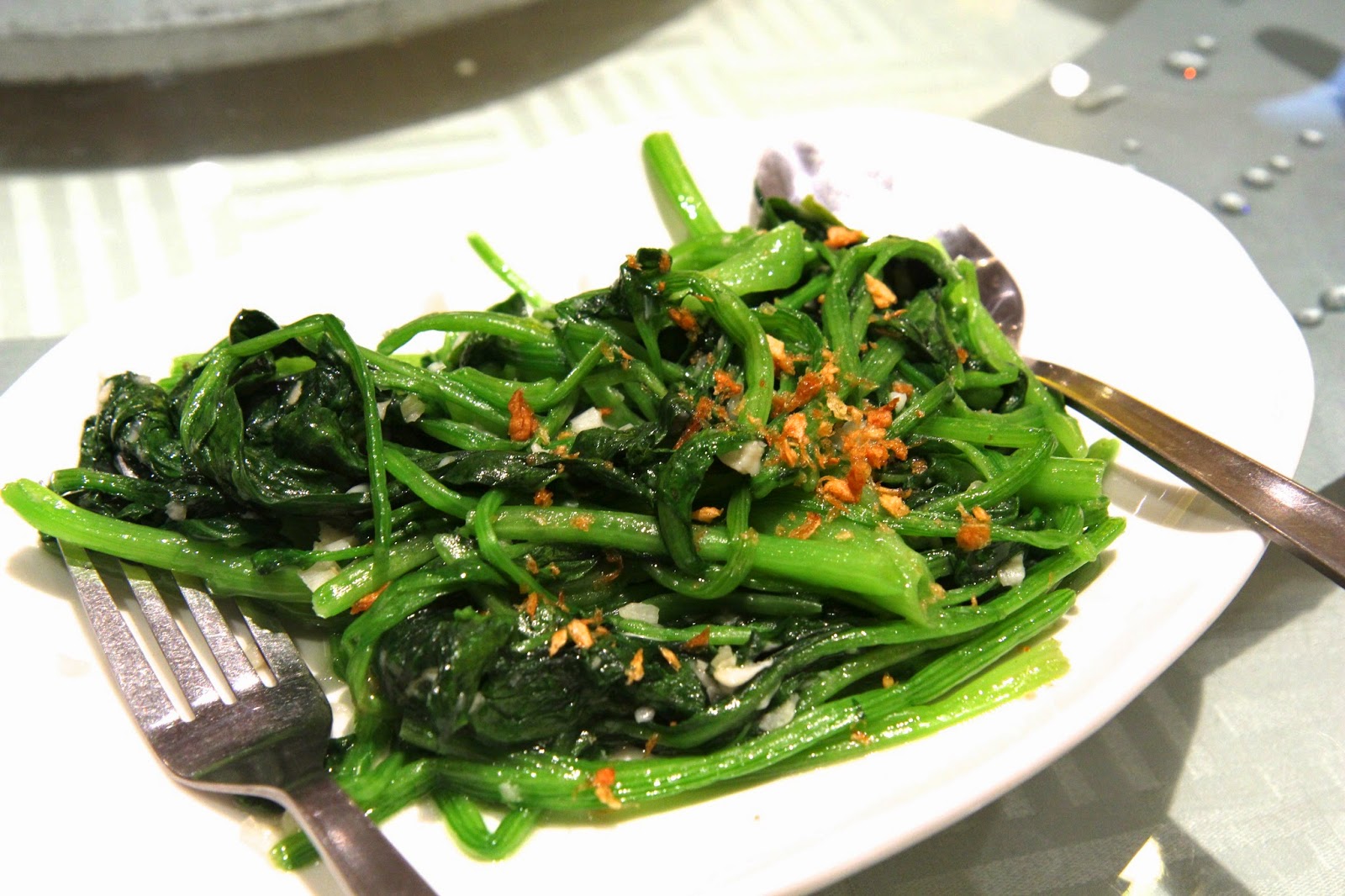 Stir-fried spinach with garlic (2.0)--personally, I don't much like the Filipino style of garnishing dishes with deep-fried garlic. 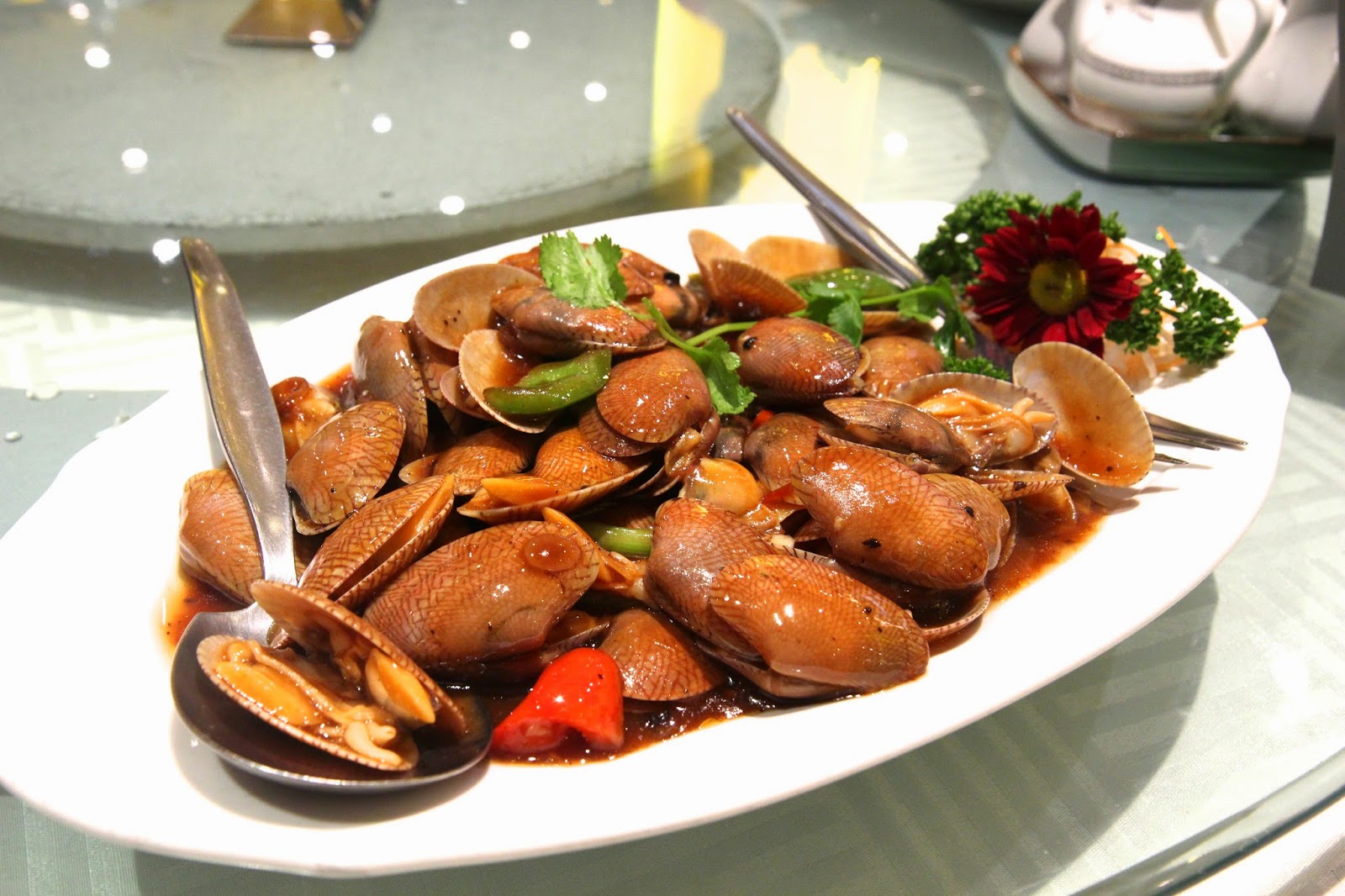 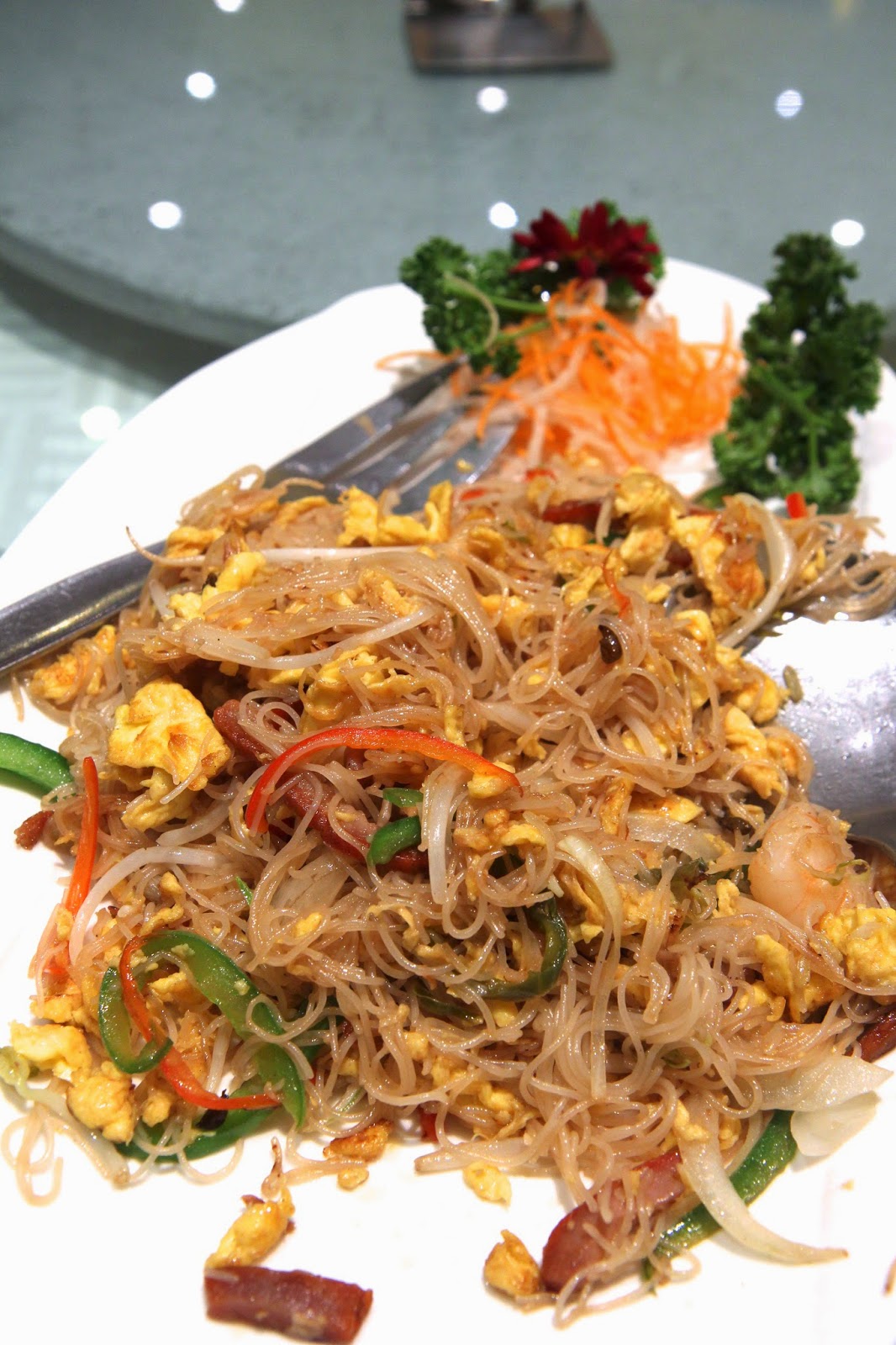 Mixed vermicelli (2.5)--maybe the best dish of the evening, though that's not saying much. 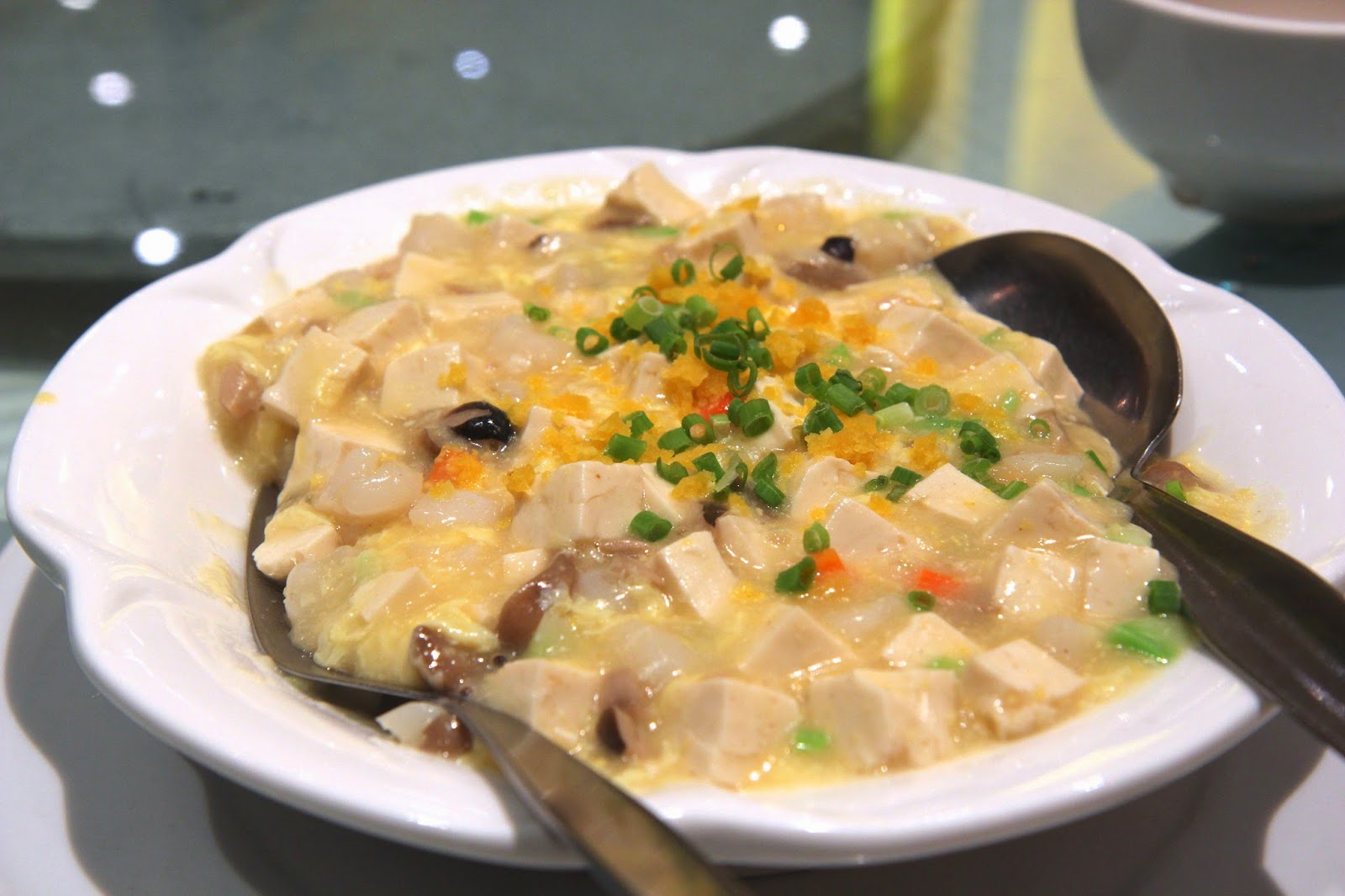 Bean curd with dried scallops (1.0)--blah as it looks, mushy and bland.

The food wasn't that great.  In Trinette's absence, each of us had selected something from the menu, mostly playing it safe with known Singaporean classics, but the results were rather disappointing across the board.  The chili crab, Mina's choice, was as mediocre as the one I'd tried in Singapore (see generally 4.265 Chilli Crab), confirming that the dish in general just isn't my kind of thing; the crab itself was okay.  Anyway, whatever.

Better luck with BB3, if ever. 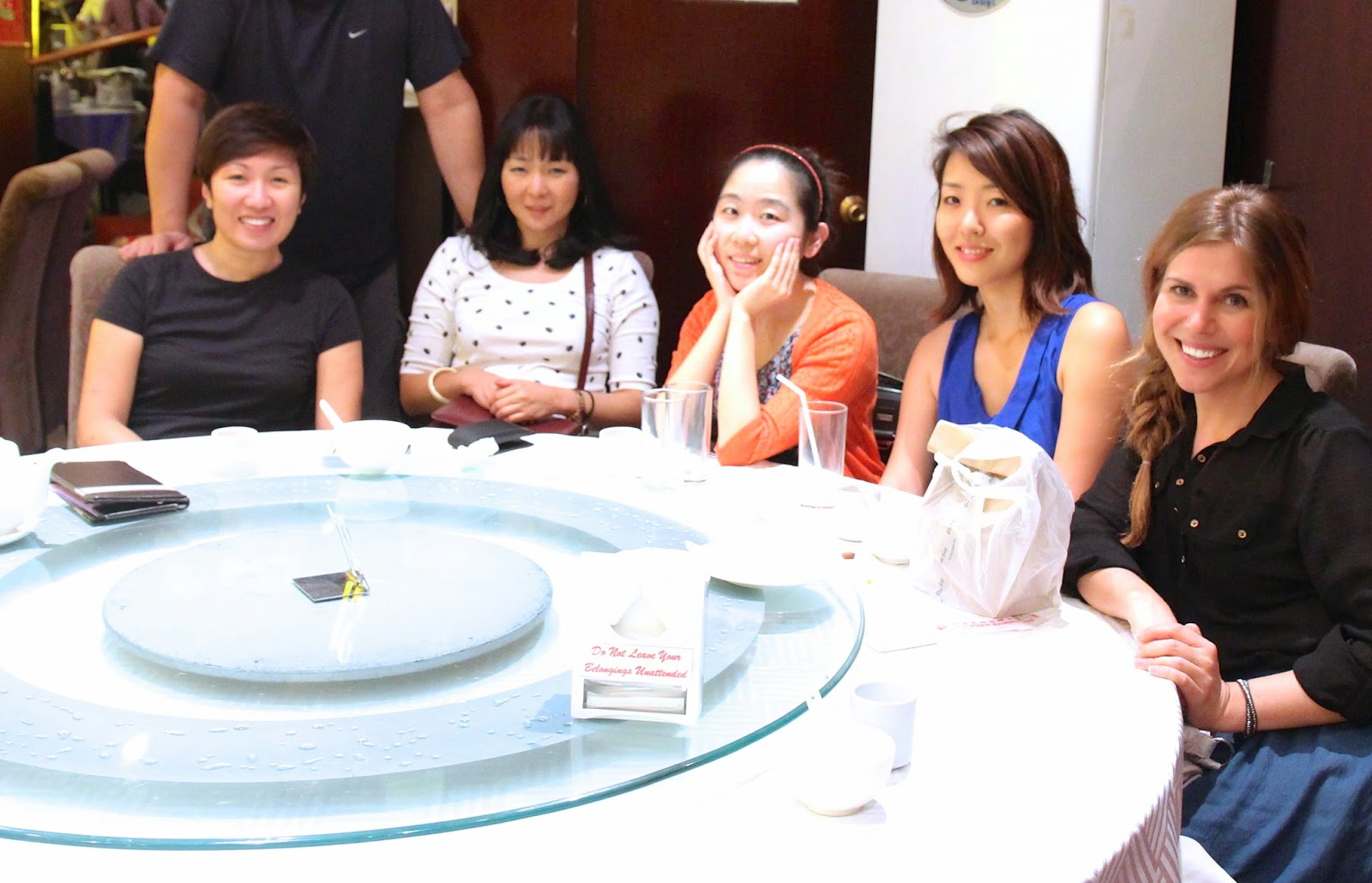 
I've eaten my way through this restaurant, every last (available) item on the menu (see generally 6.095 Done).