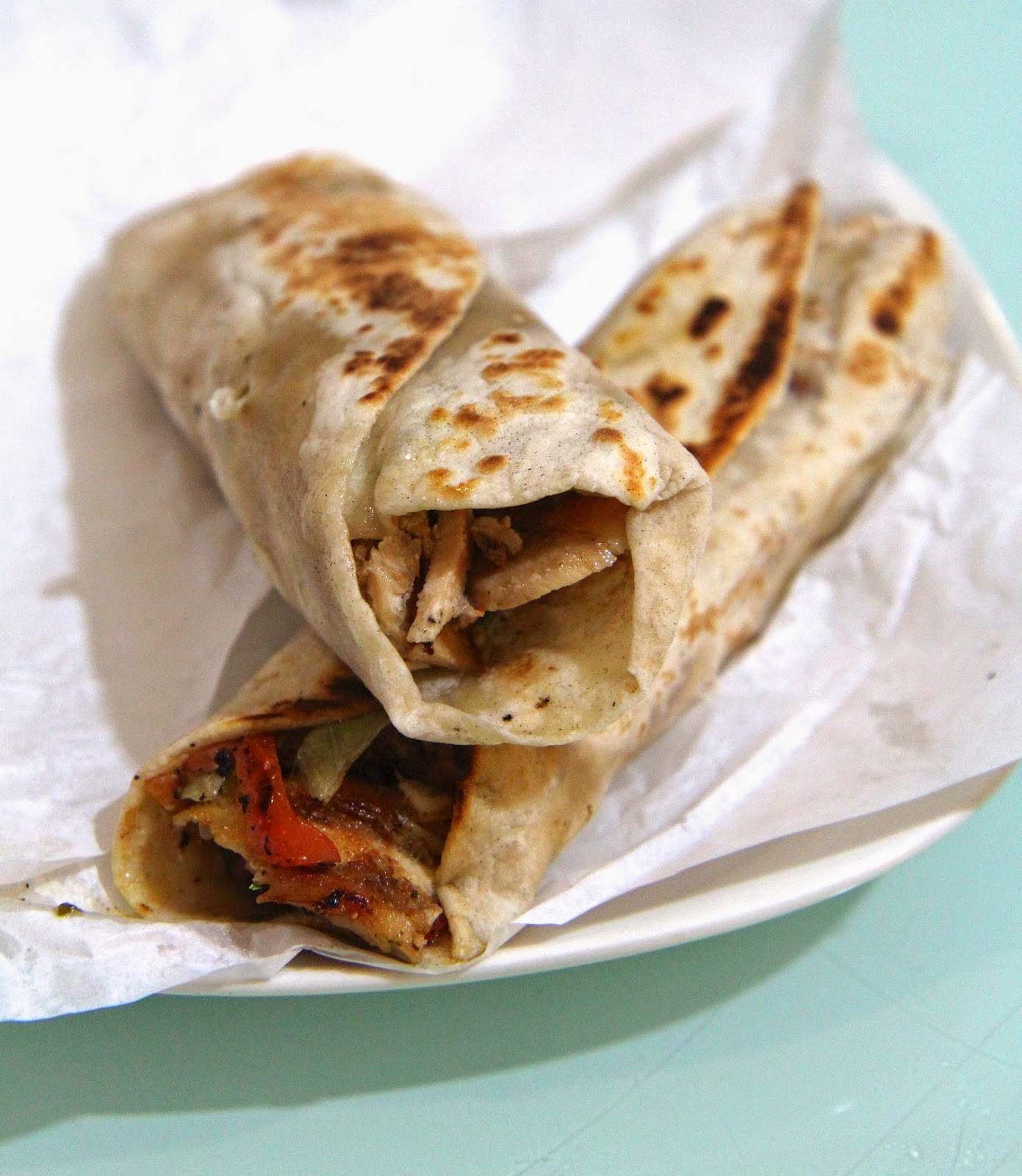 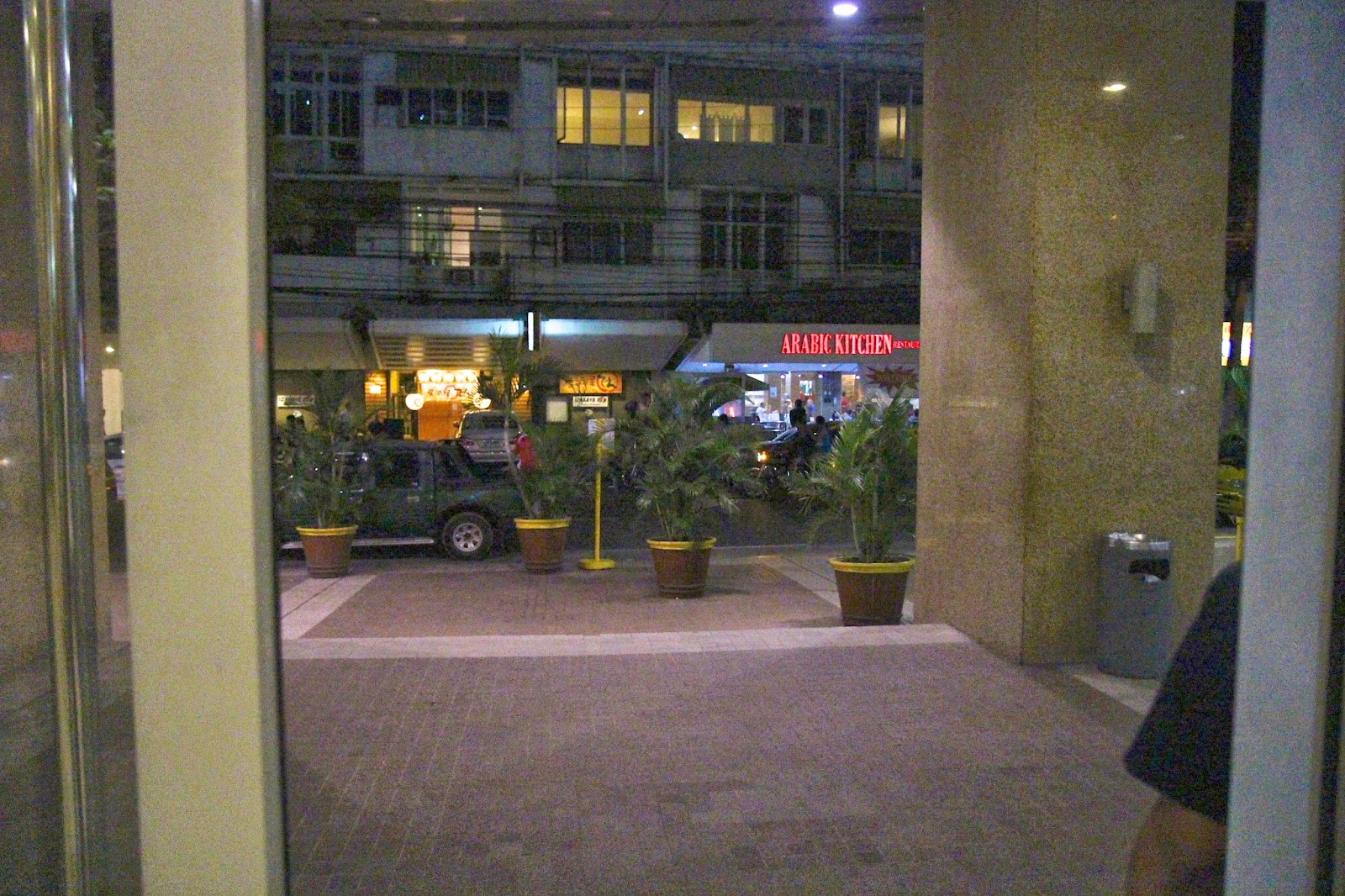 Across the street from the lobby of Adriatico Tower 1: Arabic Kitchen at 1 o'clock. 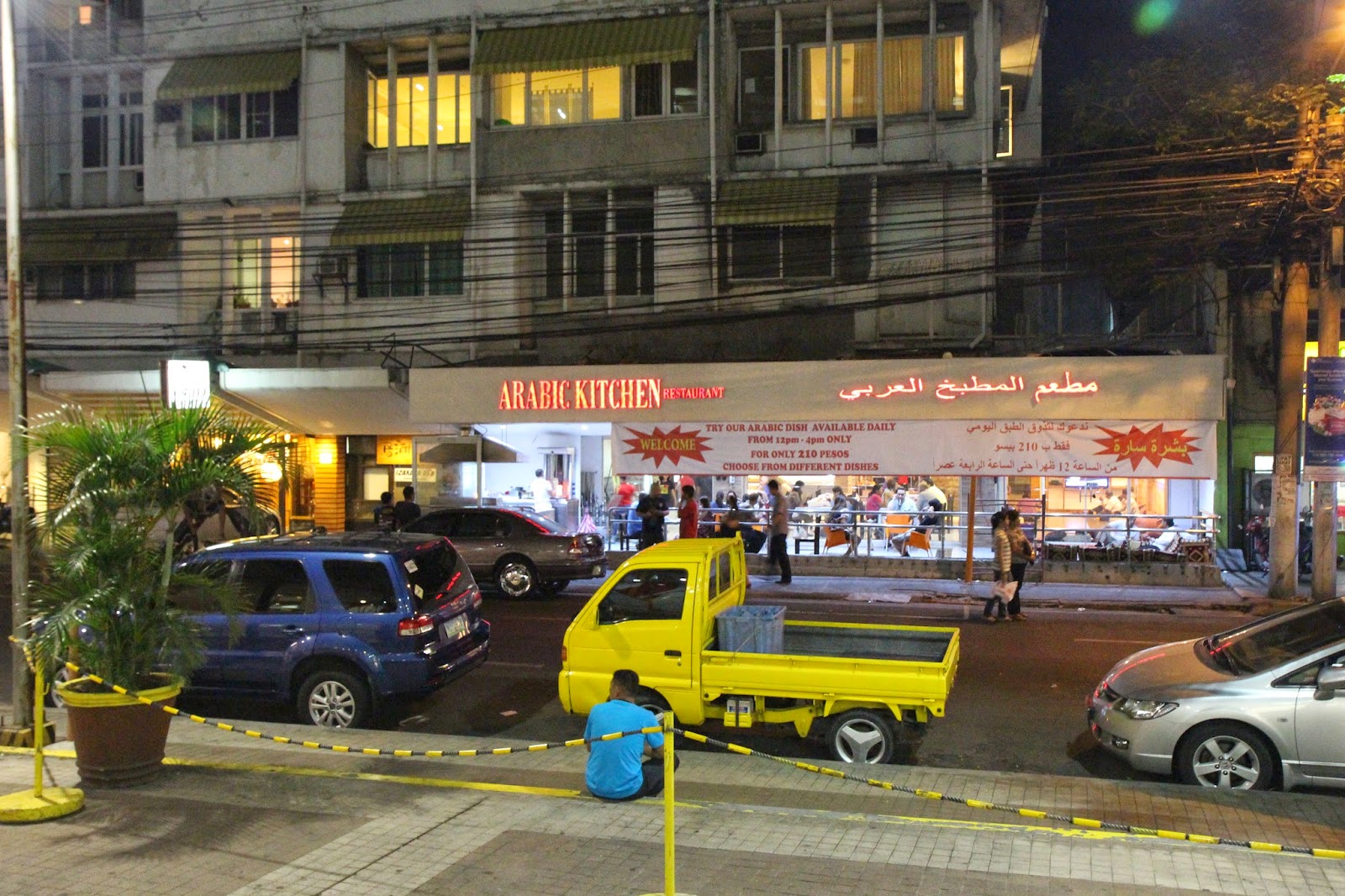 The 2nd thing that I see every morning on the way to work (the 1st thing that I see is Izakaya Den (see generally 4.269 Mango), next door to the left, directly across the street from the lobby). 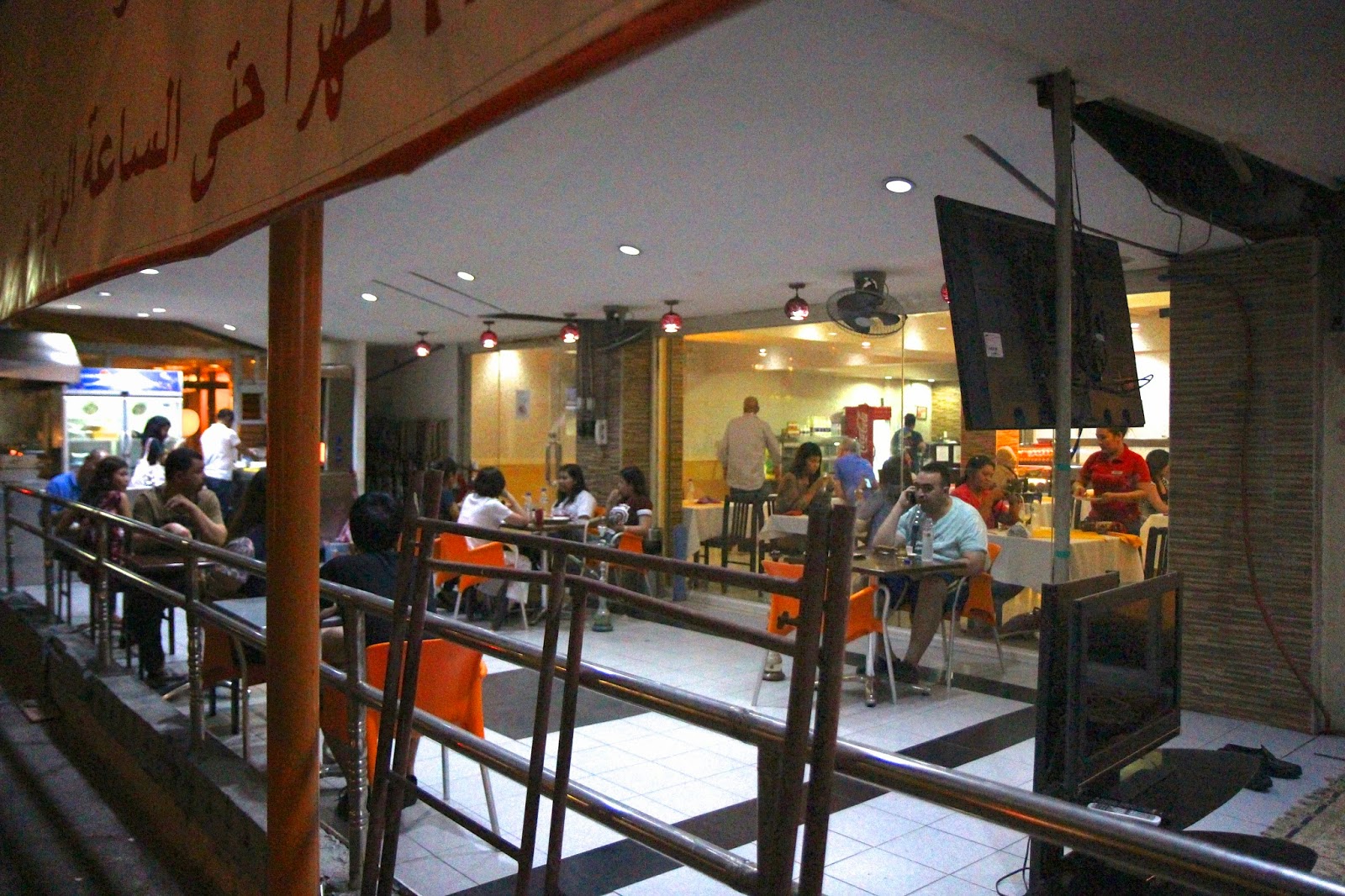 As mentioned in a prior post (see generally 5.078 Broccoli & Shrimp + Falafal), the problem with Middle Eastern restaurants is the shisha; Arabic Kitchen offers an outdoor smoking lounge with rugs and cushions and a widescreen TV set 24-hrs a day to Al Jazeera; on the bottom right, beyond the frame--I would've taken a photo, but I know how Middle-Easterners get very angry when they're photographed without permission.


Arabic Kitchen is a Middle-Eastern restaurant.  (The owner is from Dubai, so I'm inclined to classify the food more specifically as Emirati, if only to boost the numbers in that category (see generally posts on Emirati cuisine).)  Open 24-hours.  First opened for business in early January (right after I'd moved in to Tower 1).

I've never sat down and looked at a menu.

In fact, on my first visit, I asked to see the menu, but they hadn't prepared one yet--"soft opening," the owner said.  (If I were to open a restaurant, the first thing that I'd do is write up a menu.)

Anyway, from that moment on, the only item that I've ever ordered is the chicken shawarma sandwich.  In pairs, on at least a dozen occasions, though always as a late-night snack, which is why they haven't yet been featured on the blog. 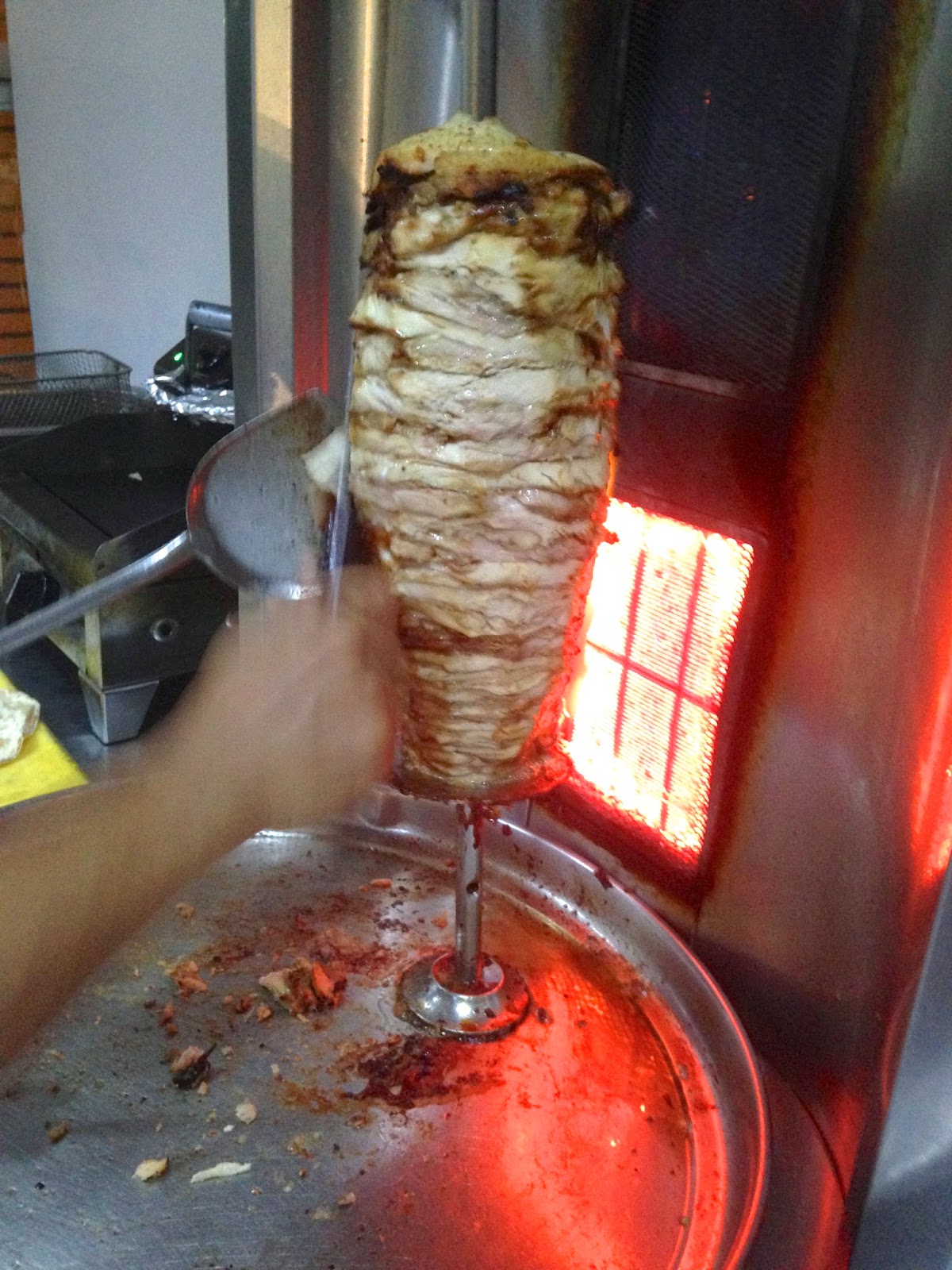 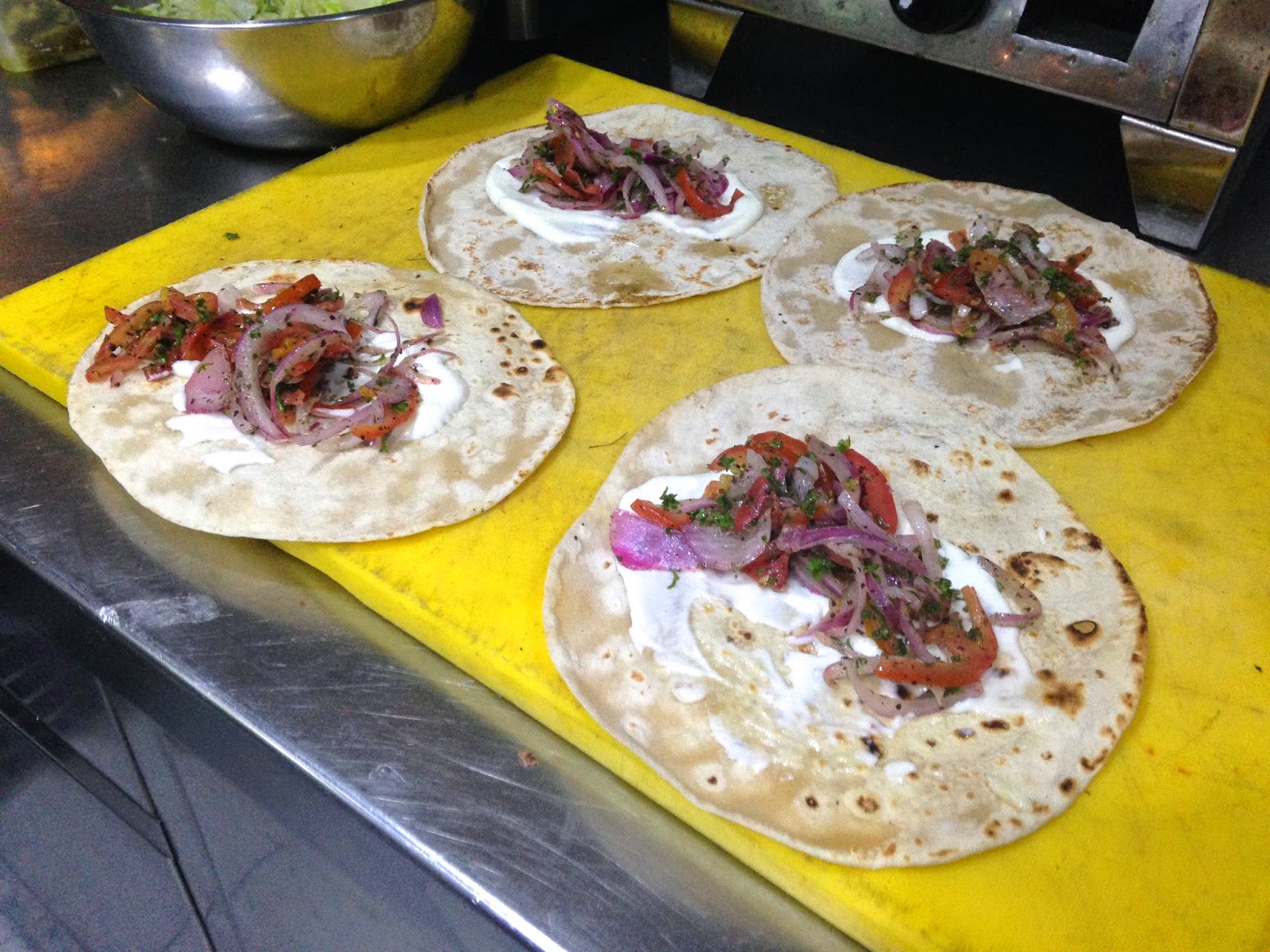 (2) "Salad"--never bothered to determine what it's actually called on the menu; they know what I'm referring to--sliced tomatoes, red onions, and parsley in a tangy olive-oil seasoning, served as complimentary side with other dishes. 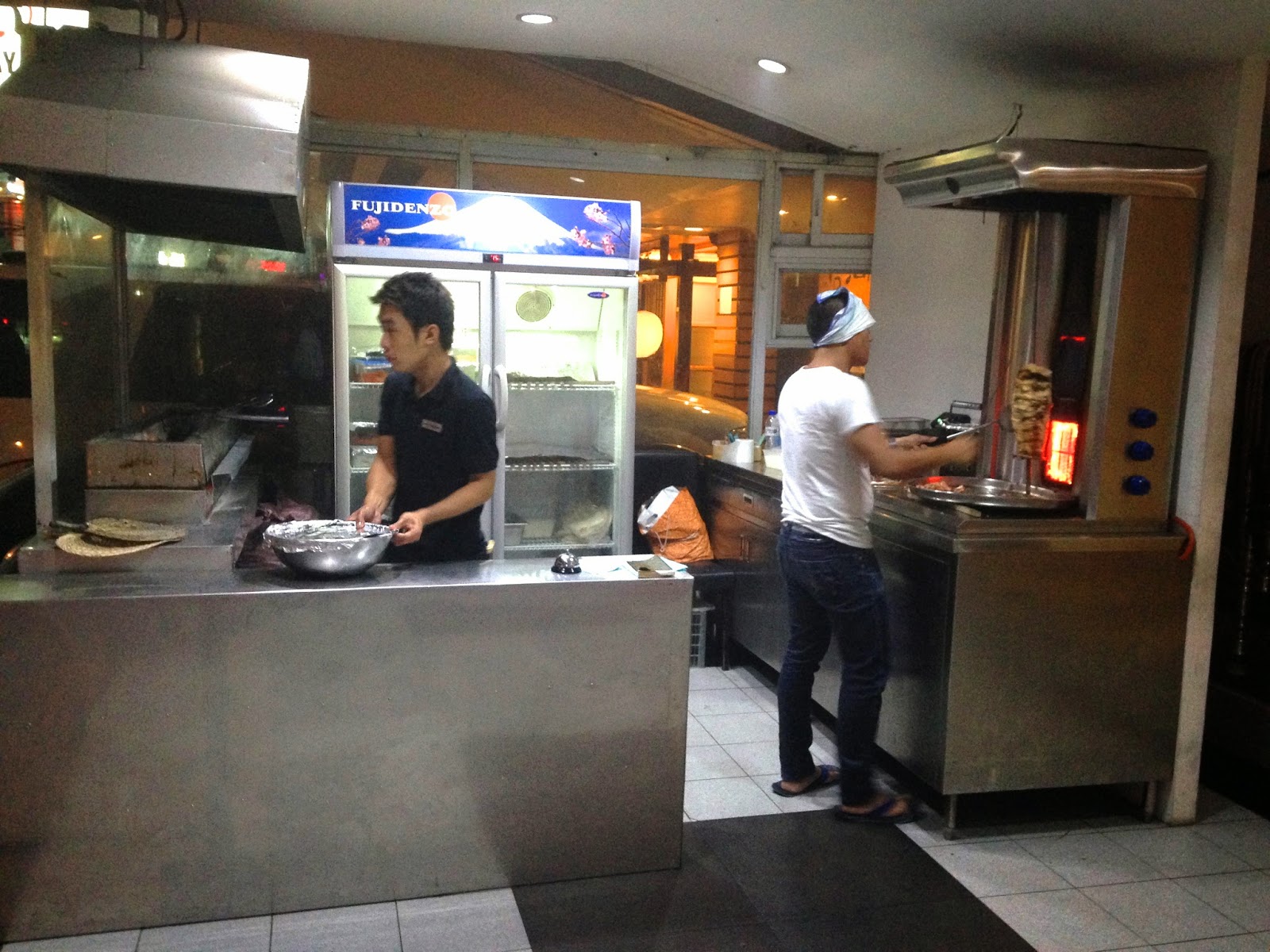 On maybe my third visit, I was watching the guy prepare my order, and saw a big bowl of the salad sitting on the counter, and asked if he'd substitute the salad, instead of the typical lettuce/tomato/onion/pickle topping, and he agreed; no additional charge; the guy on the left, he's getting out the bowl for me. 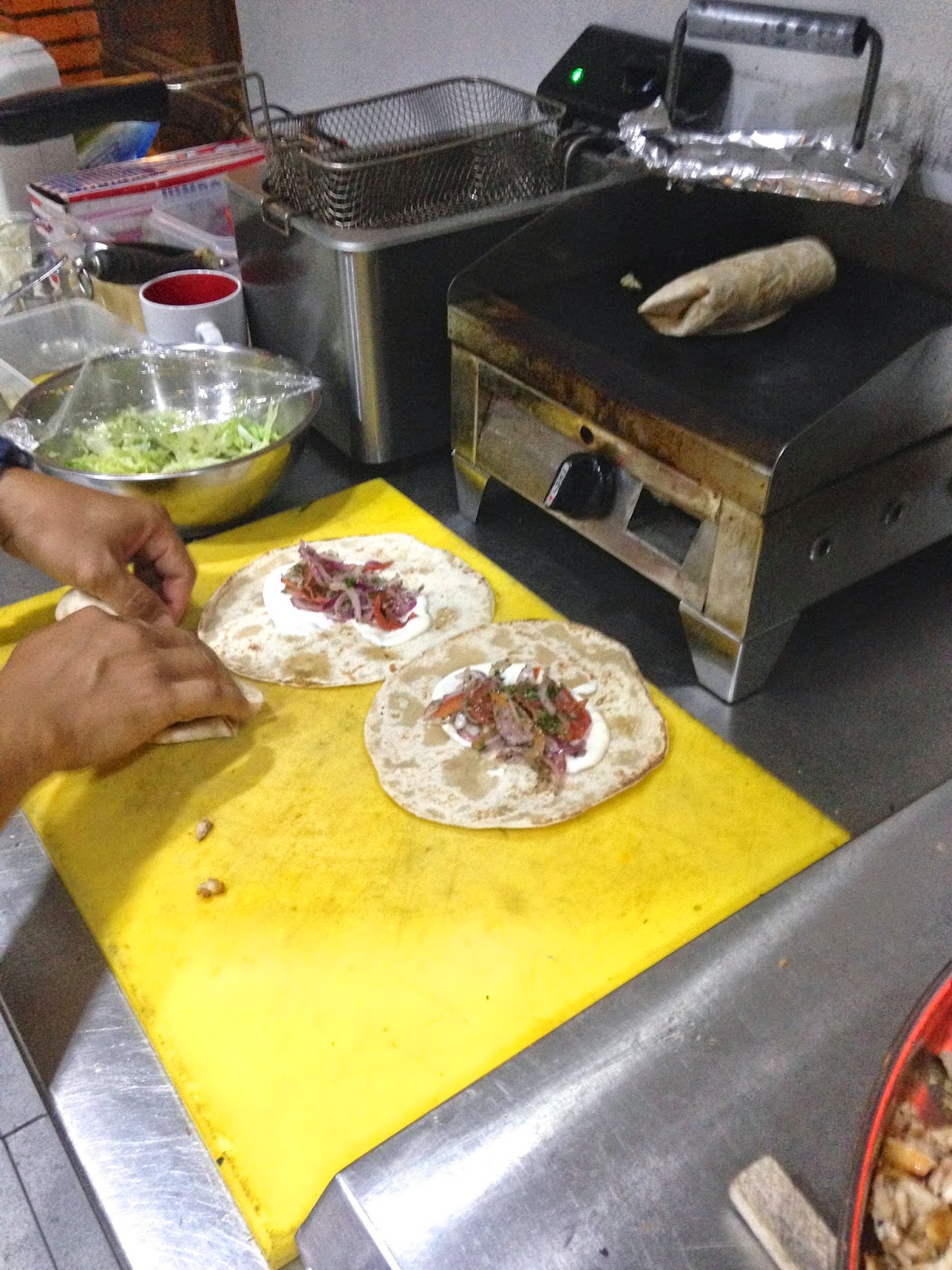 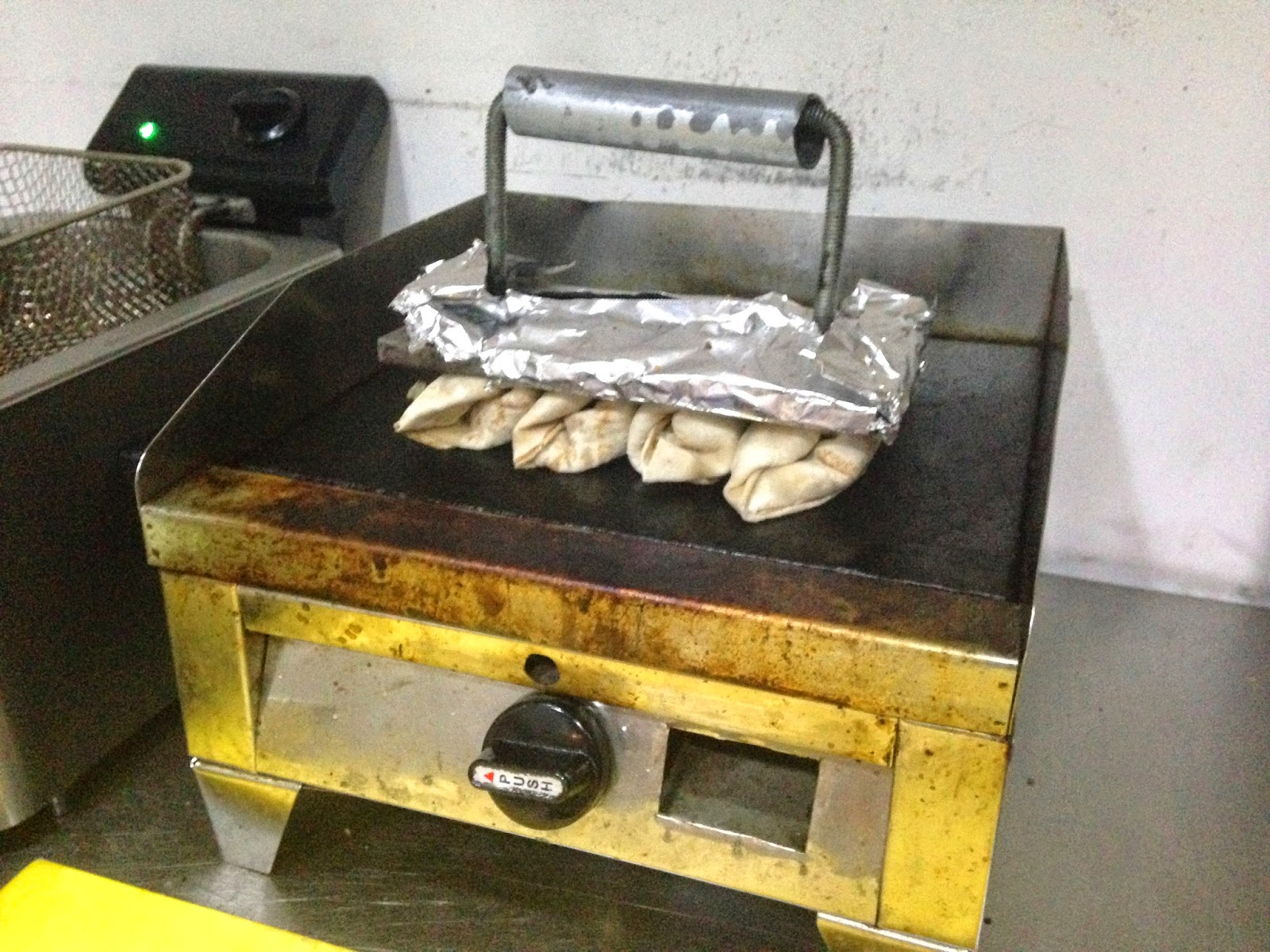 As far as I can recall, admittedly with minimal experience, the chicken shawarma sandwiches at Arabic Kitchen may be the best that I've ever had in my life.*  For starters, the chicken is tasty and juicy, nice charred flavor.  The salad provides a burst of bright zesty freshness with every bite.  The bread is delectably chewy, with a rough rustic texture, just enough fat in the dough to keep it moist but not in the least bit greasy.  And to boot, the final touch of toasting the wrapped sandwich on the hot griddle imparts a gorgeously light crust on the outside.  Upon request, creamy garlic sauce and hot sauce are provided, both excellent, but I never bother because the sandwiches are perfect as is.  I could eat at least 10 in a single sitting.

I should try something else, but I can't resist the sandwiches.