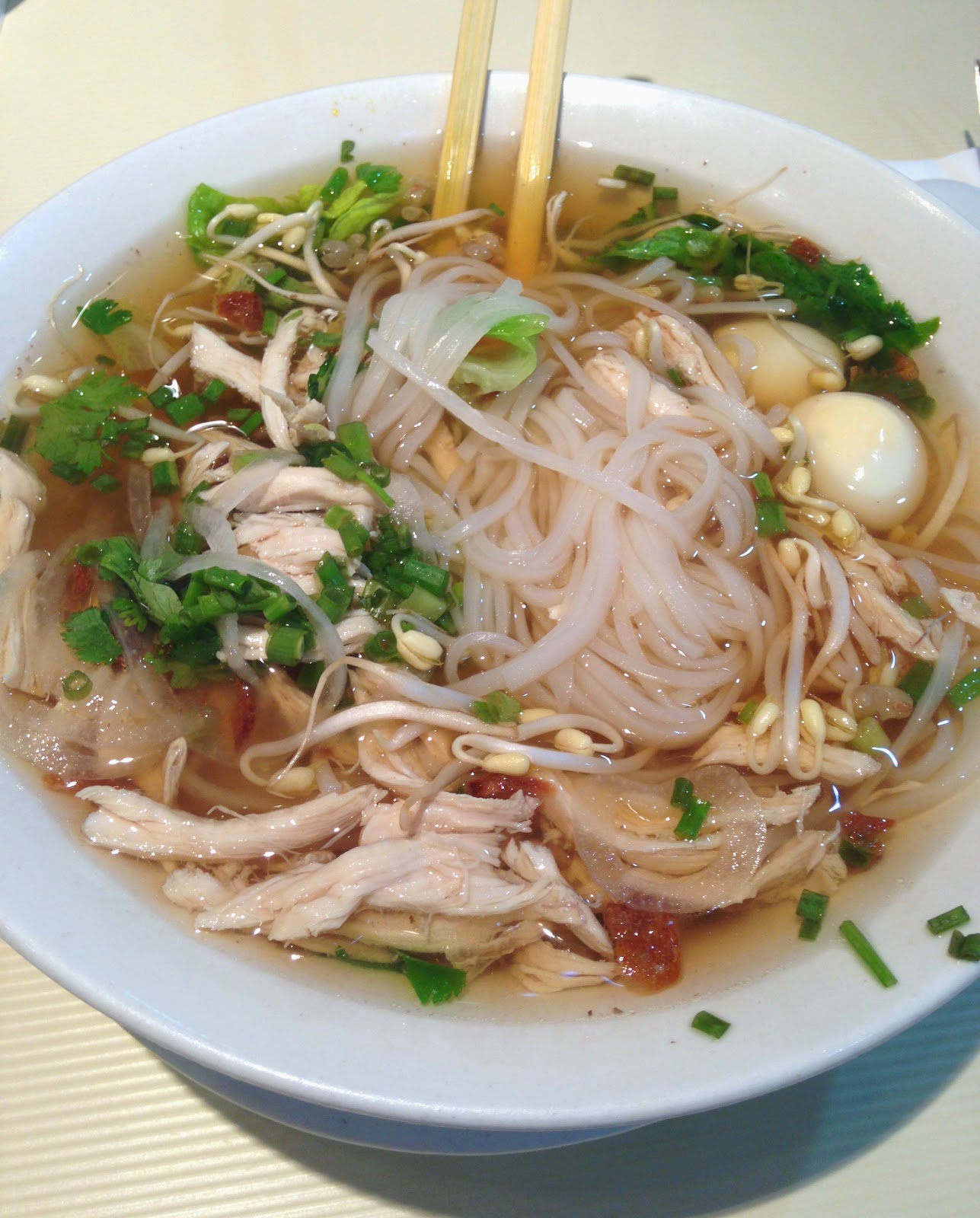 In Manila since January, living above Robinsons Place, I've been eating my way through the mall.  As far as I know, nobody has ever done anything like this, my unique contribution to the city's food/blog scene.  Initially here on a 3-month contract, I started with the restaurants on the 1st floor (currently 36, down from the initial 40), which I completed last week.  Now staying on a new contract through October, I'm moving up to the restaurants on the 2nd floor (currently 8, down from the initial 14) (1 of which was already covered during Phase 1).  Then onto to the 3rd and 4th floors, time permitting.  Henceforth, however, I'll take them as they come, no more pushing the agenda; if I don't finish, too bad. 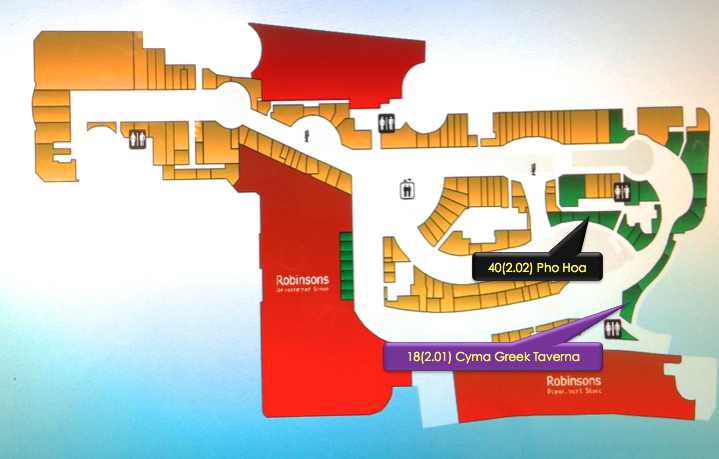 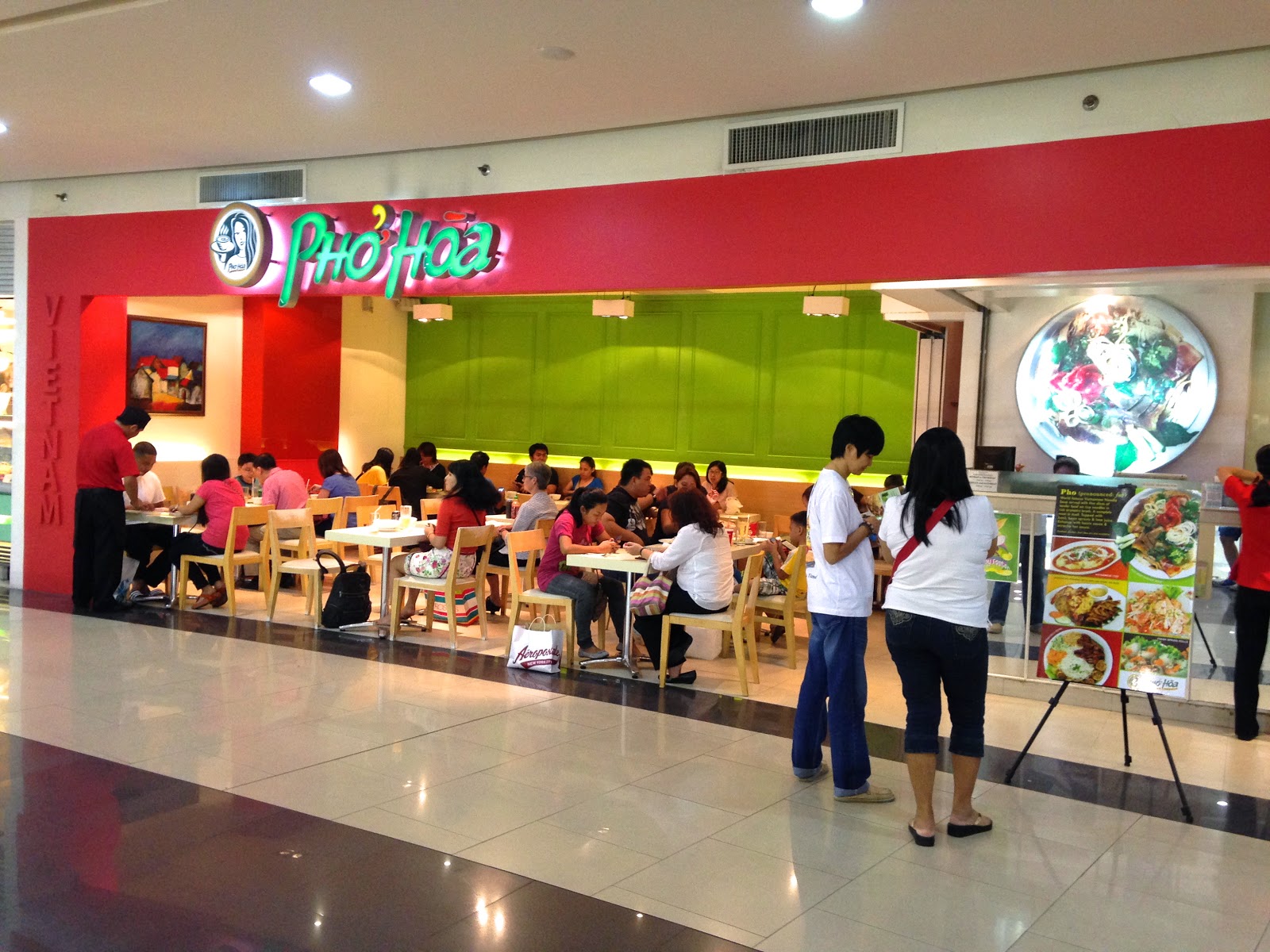 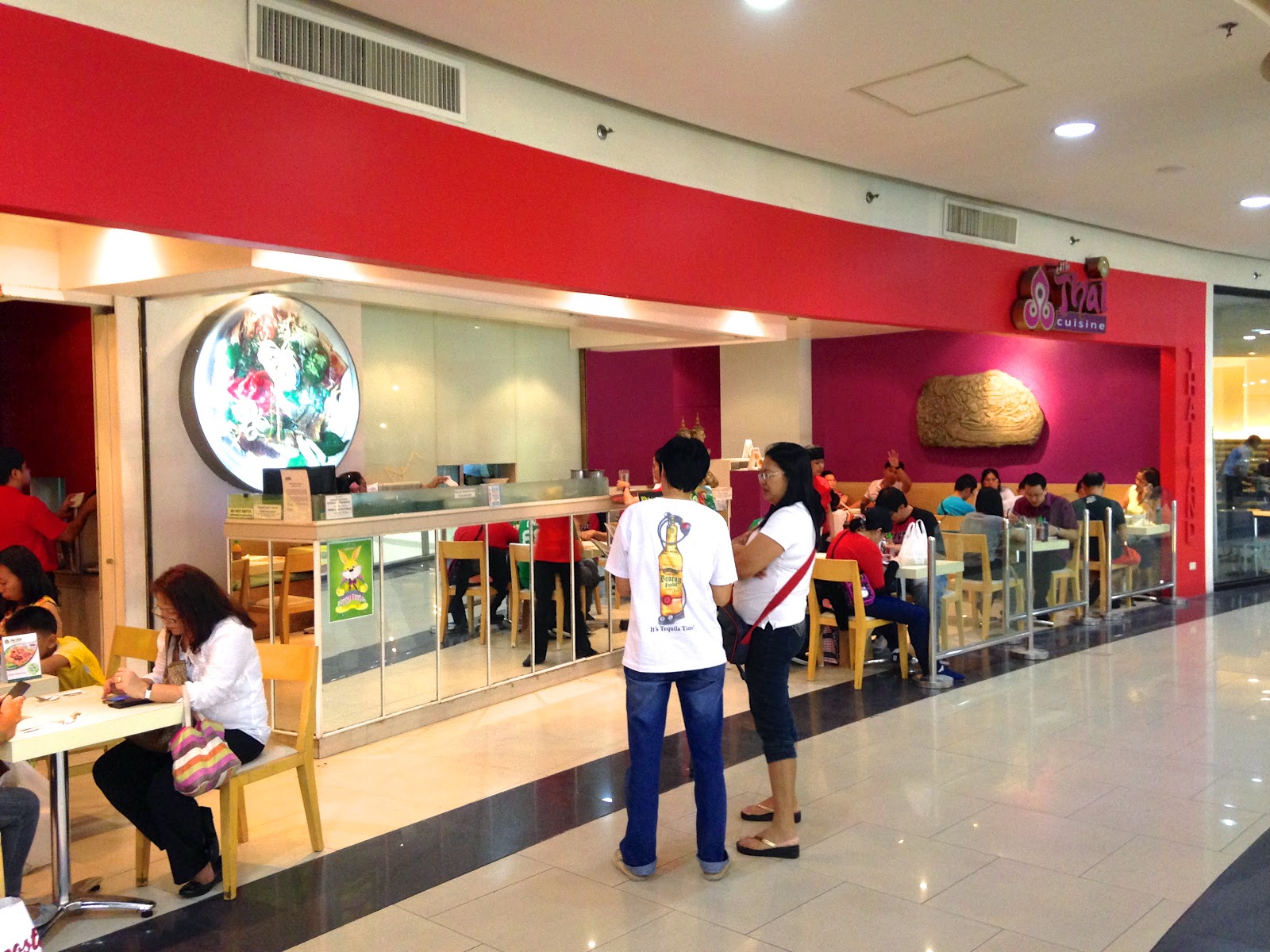 Apparently, the business started out as a dual restaurant, along with a Thai place, but now only the Vietnamese part remains.

Pho Hoa Noodle Soup is a Vietnamese chain restaurant.  Currently over 70 branches in 7 countries, including 19 currently in the Philippines.  Specializes in pho. 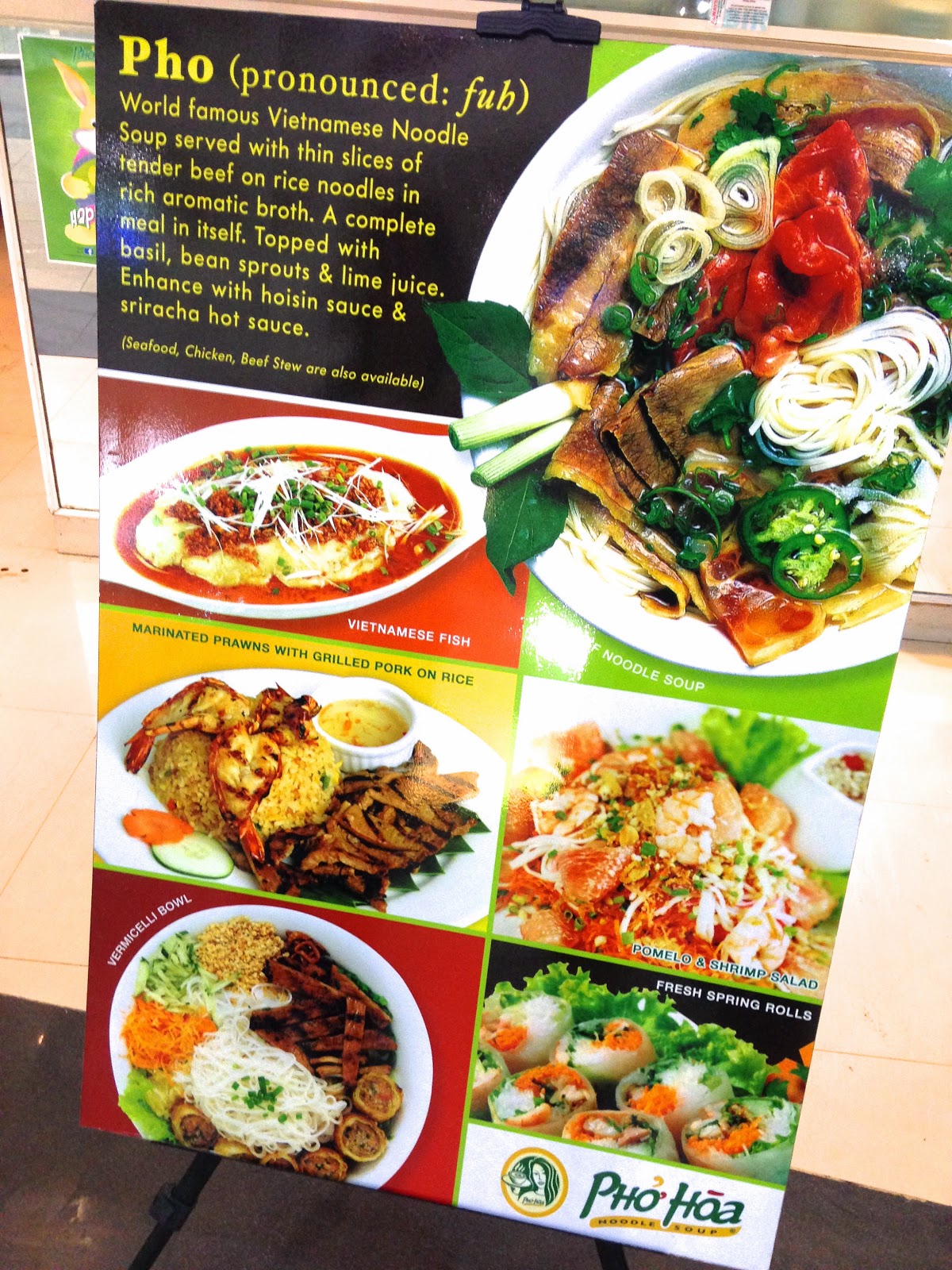 Healthy point-of-sale marketing--good for them!

On occasion, I suffer from severe/acute gastric acid reflux.  Always in the immediate wake of public speaking.  However, although I give presentations in front of people all the time, the acid only hits me every once in a long while, every few years, seemingly at random, regardless of how big the audience/event/subject is.  Presumably the manifestation of nerves, I don't consciously feel nervous at the time.  But as soon as the presentation is done--WHAM--like someone's stabbed me in the gut with a dull knife.  Then, the pain intensifies and lingers, like the edge of the imbedded knife is slowly scraping out my insides. 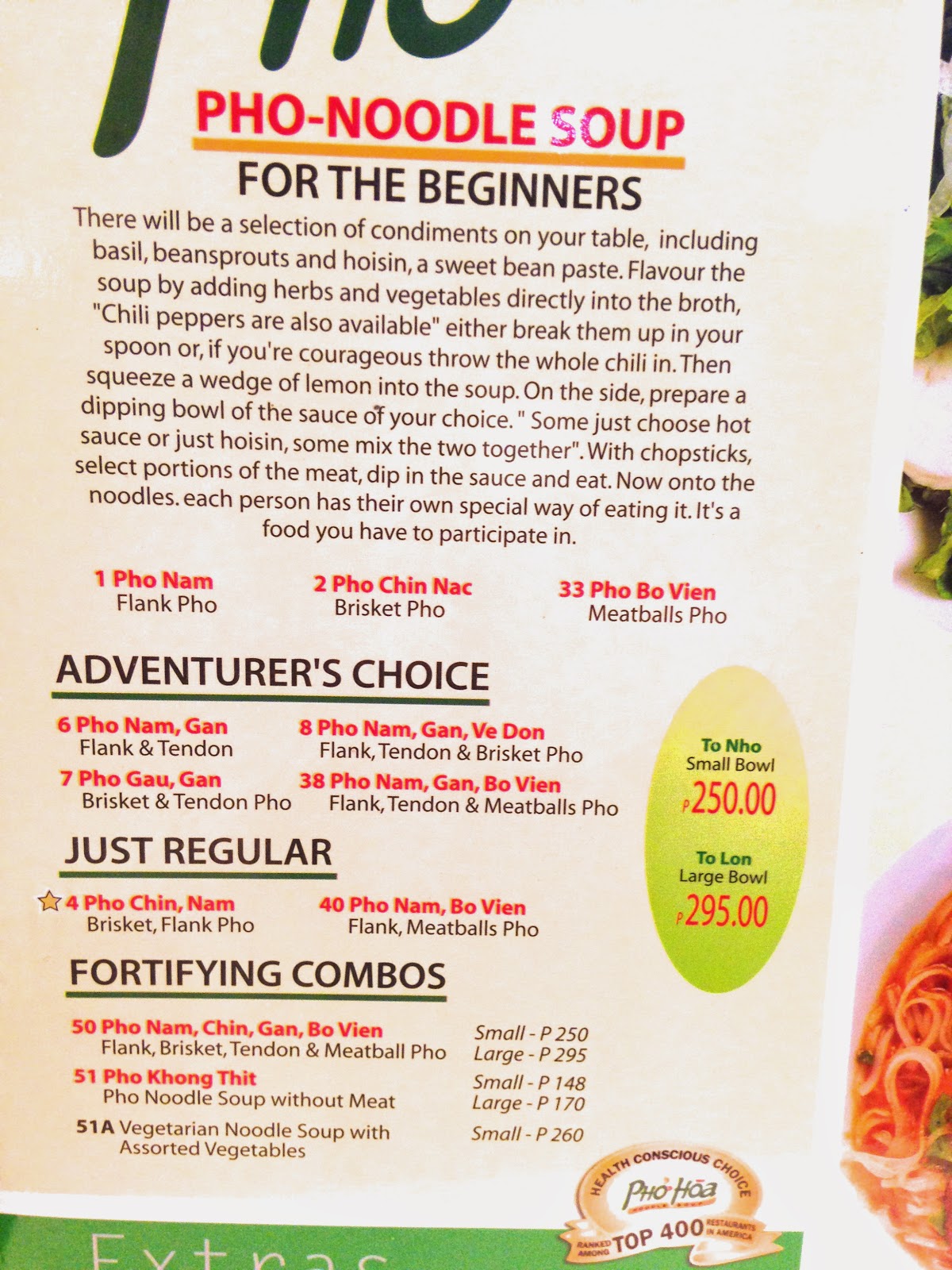 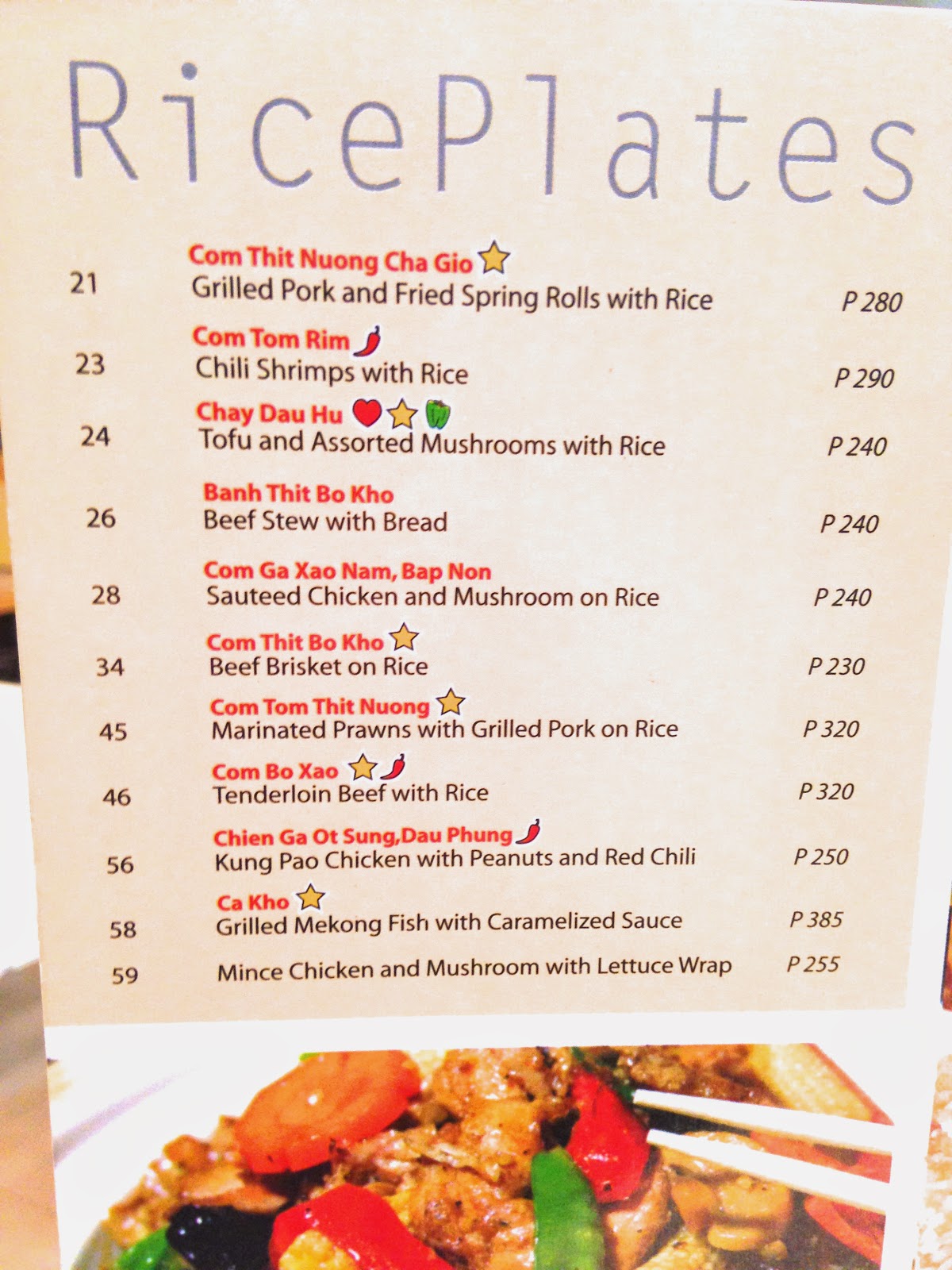 Relative to similar types of local noodle and rice dishes, these prices hovering around 300 pesos per plate/bowl seem a tad high.

Monday and Tuesday this week, in collaboration with Yonsei University, WHO is hosting the 3rd Expert Consultation on Public Health Law.  The meeting is the latest event in the project that initially introduced me to WPRO back in 2011 (see generally 2.210 Pork Goulash).


As a core member of the team, I was called upon to provide various perspectives on the project throughout the day.  Not even formal presentations, just sitting in a chair and talking into a mic, discussing issues that I've covered on several occasions all over the world during the past 3 years.

Towards the end of the final session--WHAM--dull knife stabbed, edge scrapping.  The worst that it's ever been, so bad that I felt like collapsing on the spot.  I excused myself and ran across the street to a pharmacy and got some antacids, which I barely managed to extricate from the packaging and swallow through the debilitating agony.  An excruciating 30 minutes later, the pain began to subside.

Rather than nerves from today, I'm sure that it was the buildup of stress over the past few months and anticipated terror of the Consultation on Overweight, Obesity, Diabetes, and Law, which is really what I've been working on these days, set to convene the day after tomorrow.  Let's hope that I'll live to see the opening ceremony. 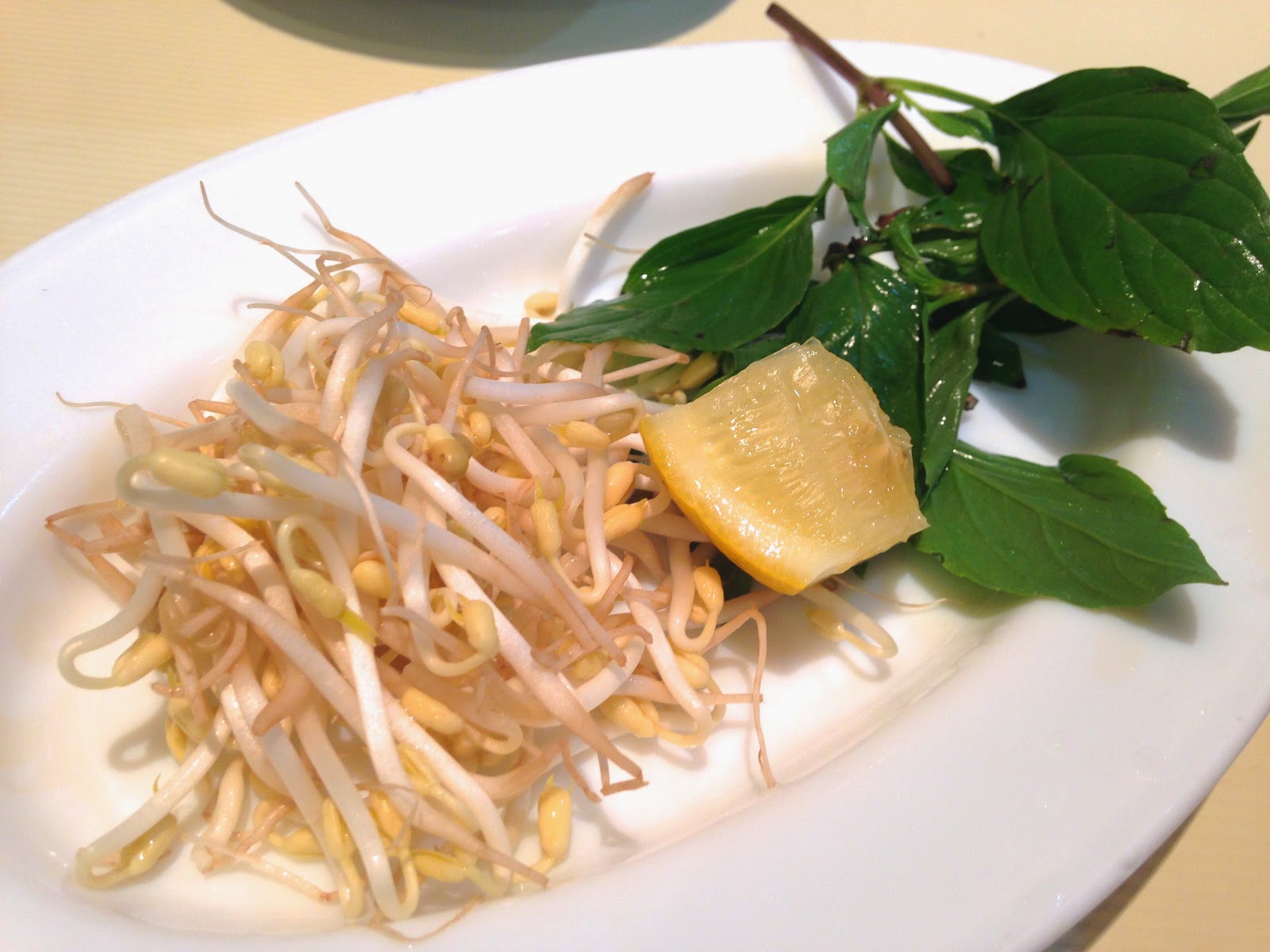 The local Thai basil is super potent and tough, nearly beyond the point of edibility; just dunking a sprig in the broth is sufficient to provide intense basil perfume.

For dinner, wanting something soothing, something with broth, I recalled that the 2nd floor of the mall has a pho joint, a restaurant not yet covered for TERRP.  Even on the brink of death, I'm driven to fulfill the mandate of this blog, to the bitter end. 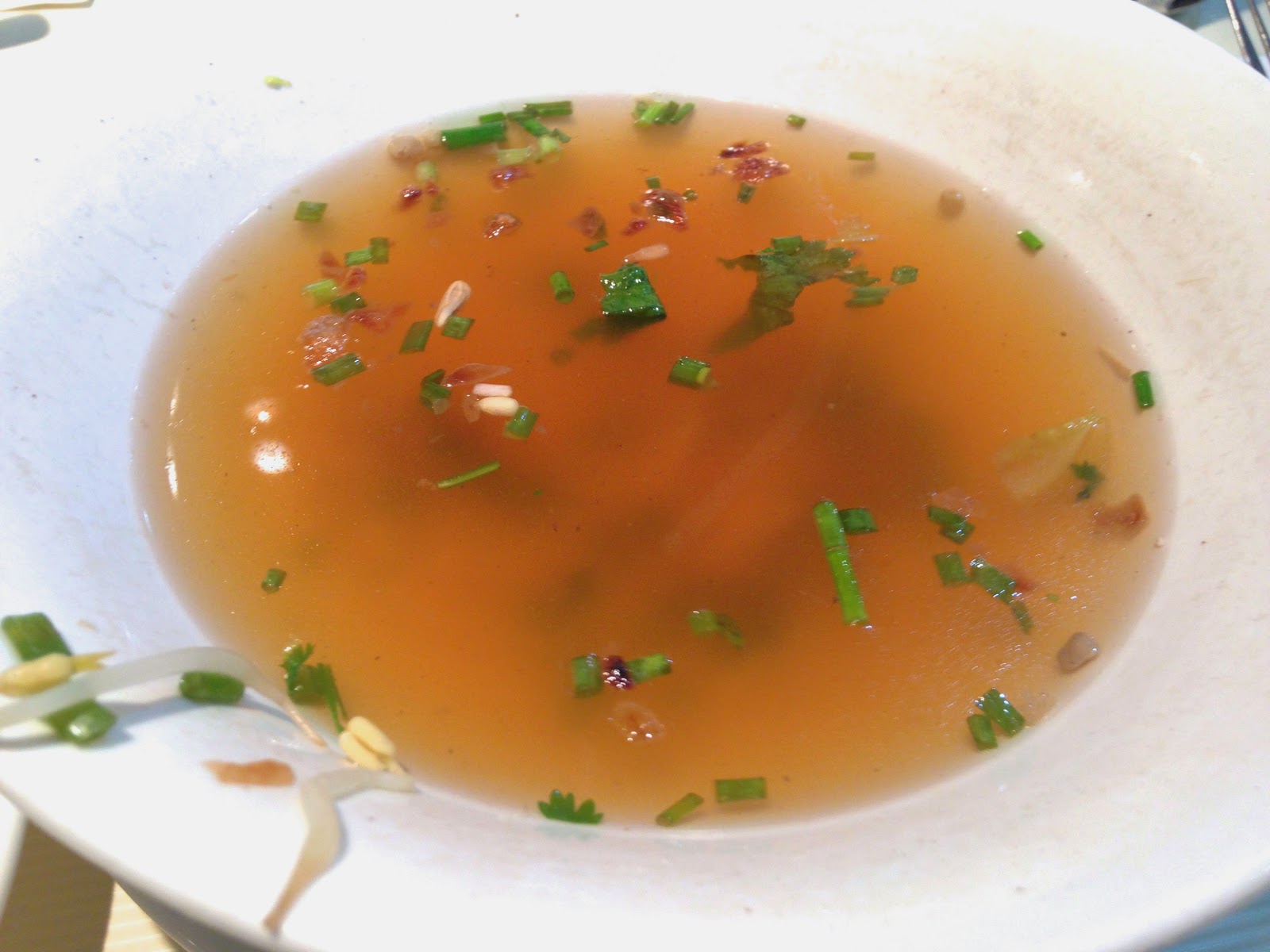 Unfortunately, the pho broth was so ridiculously salty that I couldn't take more than the initial sip, but the solids--I ordered the chicken ("ga")--were edible. 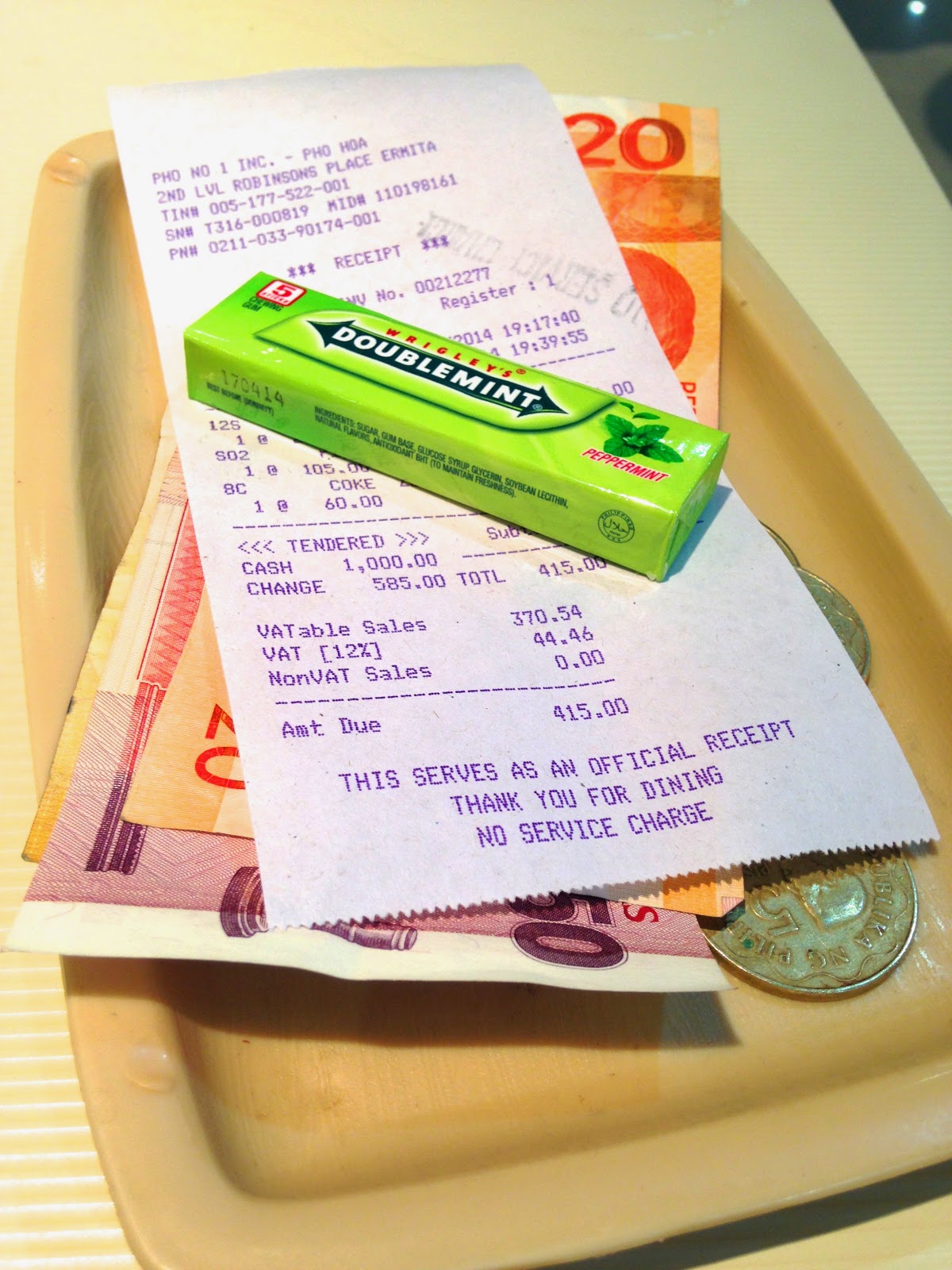