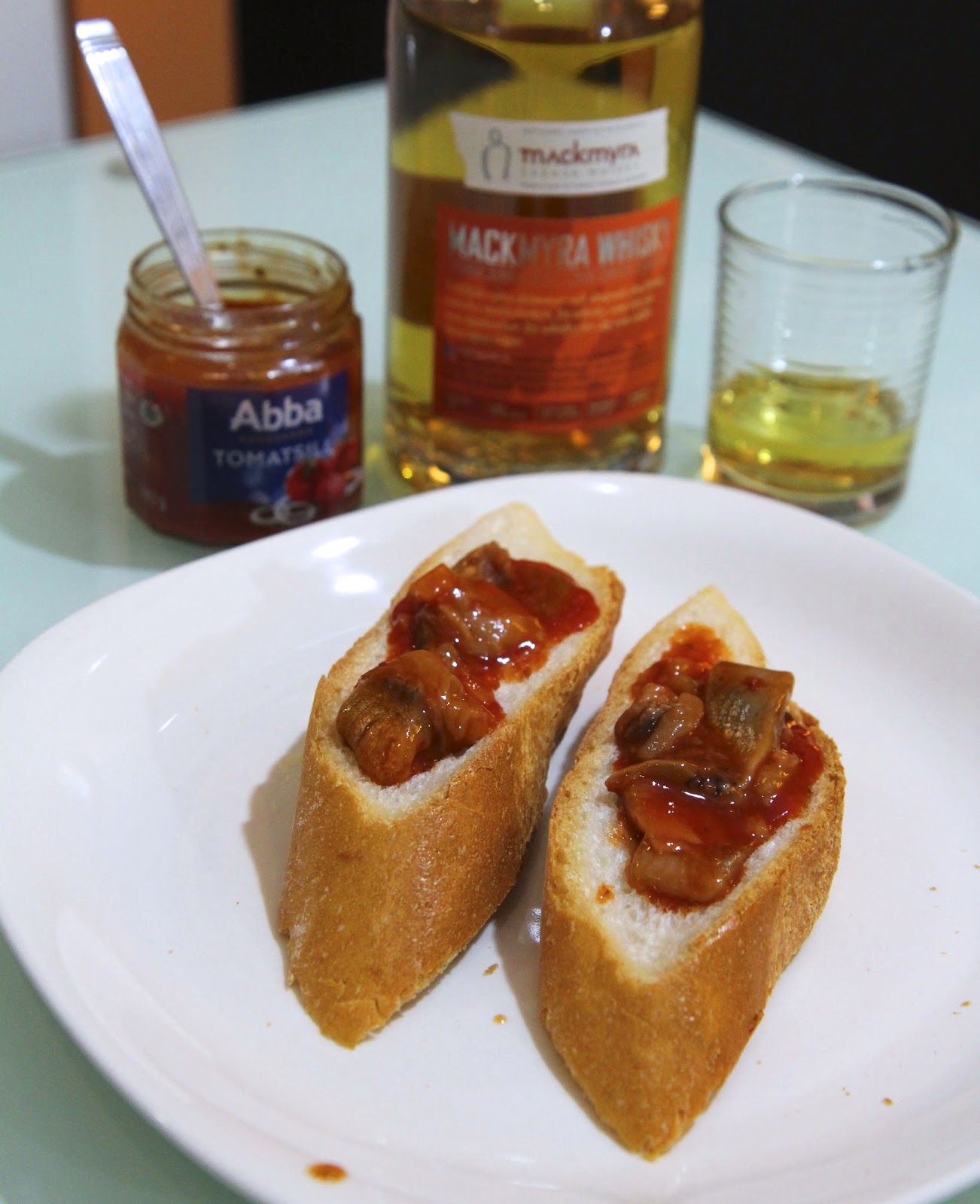 
When I got back from lunch, I found a big box on my desk!  Care package!  From Gustaf! From Sweden!

Sometime back, Gustaf and I had agreed upon an exchange of native cooking ingredients (Korean : Swedish).  At my request, he shipped his package to Manila.  I still have yet to fulfill my end of the bargain,* though I swear that I will on the next trip back to Korea (tomorrow, in fact).

I was so excited that I called everyone into my office to share in the moment as I opened the box and took out the goodies one by one.  Yes, they agreed that the very idea was totally cool. 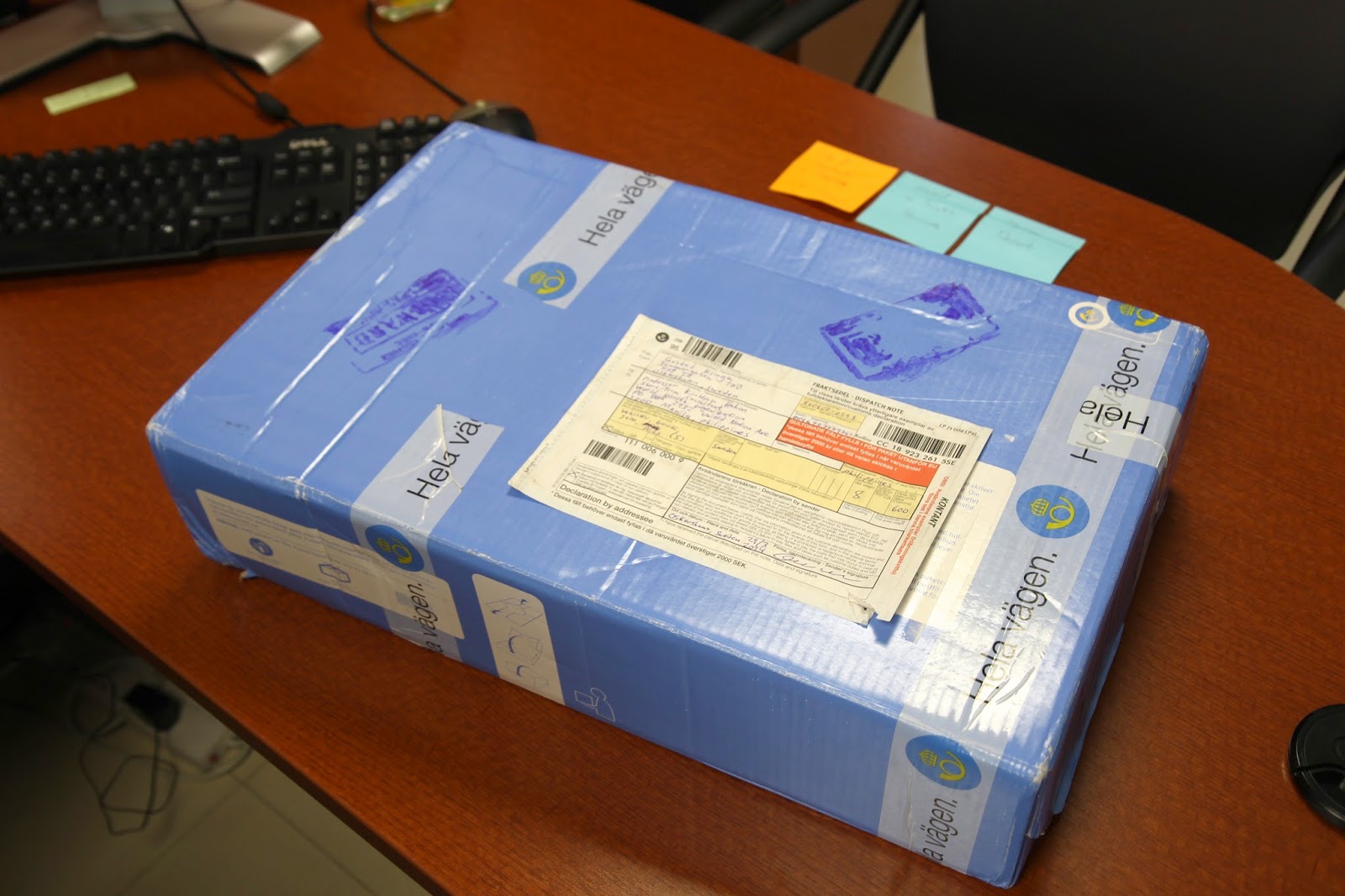 Given the colors, my initial thought was that it was an official WHO package. 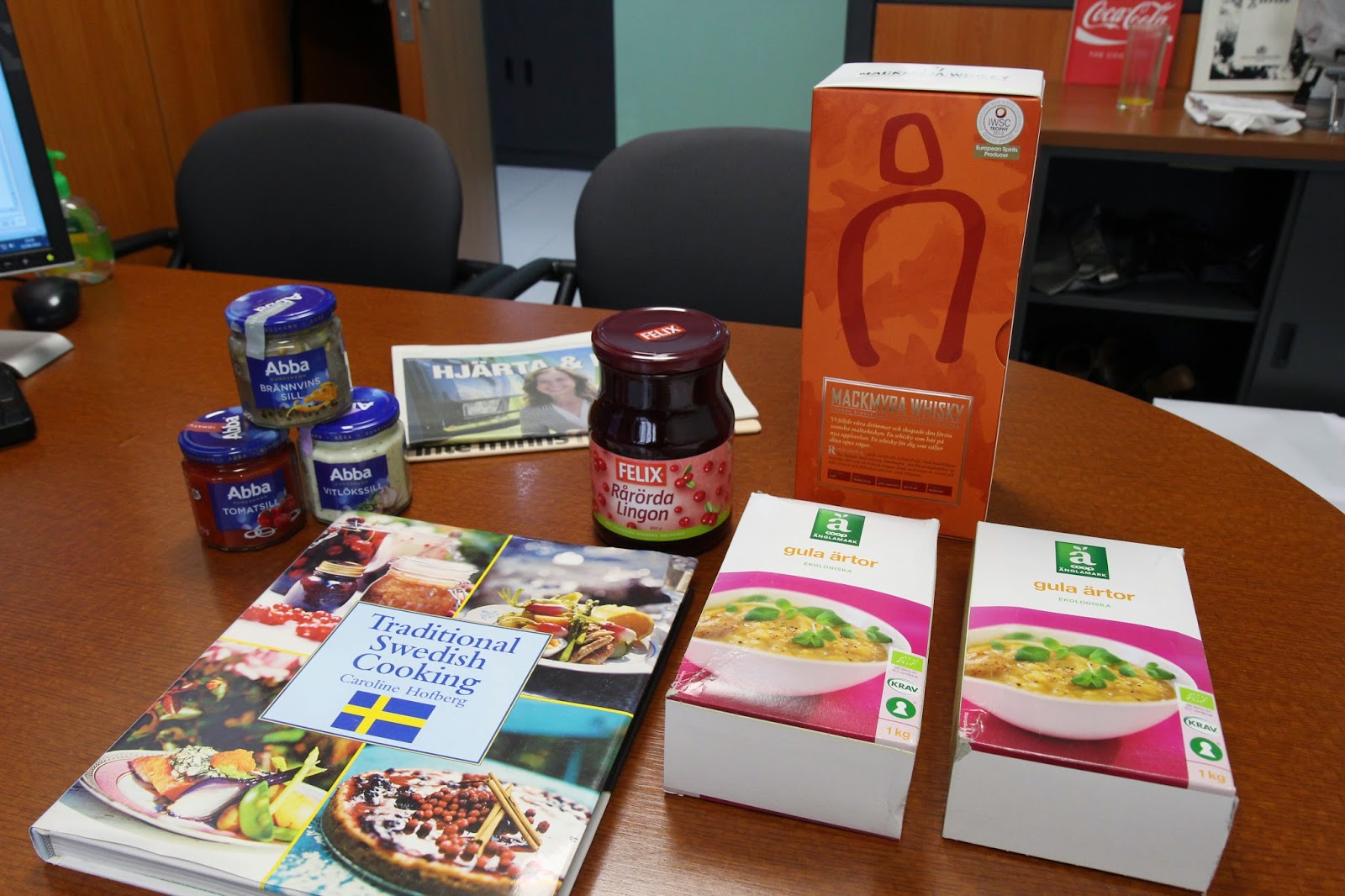 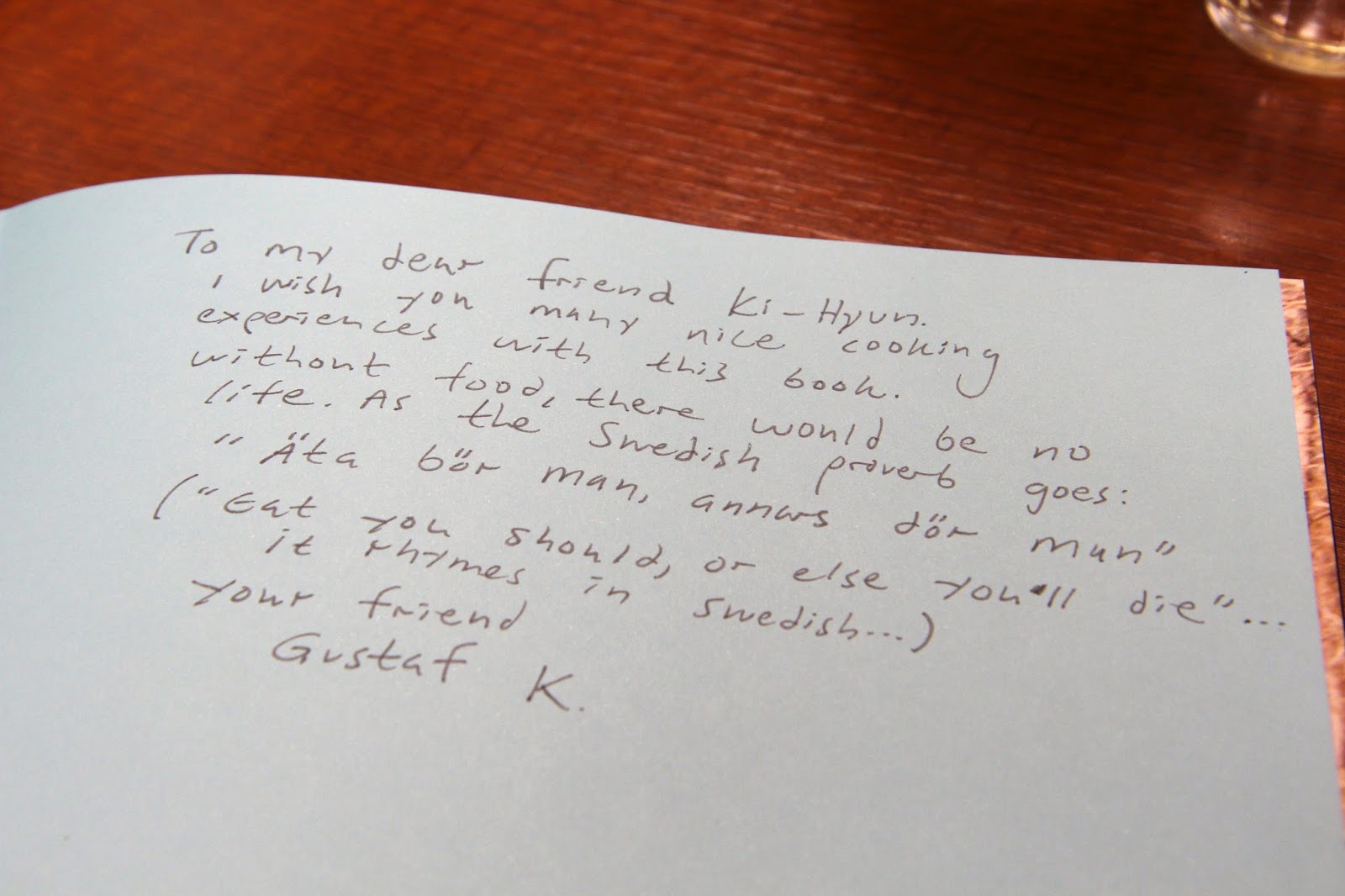 "Eat you should, or else you'll die"--when I read this out loud, somebody quipped, "How profound!"

*Two trips ago to Korea, I'd gathered all the ingredients and put them into a box.  Being the weekend, the post office was closed, so I was intending to ship the box on the next trip.   However, upon my return, I discovered that the mother-in-law had come over in the interval and taken the box, thinking that I was getting rid of the stuff, and used some/most/all of it. If I were to find a tidy box filled with one brand new small container each of soy sauce, doenjang, gochujang, gochugaru, sesame oil, sesame seeds, etc.--in other words, a perfect battery of classic Korean ingredients--I'd strongly suspect that perhaps it constituted some kind of premeditated assortment, assembled for a specific purpose.  At least, I wouldn't think that it was a random collection of stuff to get rid of.  And she knows that I don't do things haphazardly, especially where food is concerned.  With the MIL, life is a low-brow sit-com; if I'd seen this occur on a program, I'd dismiss it as a silly plot twist, "Yeah, right, like that would ever happen."  Anyway, that's my defense. 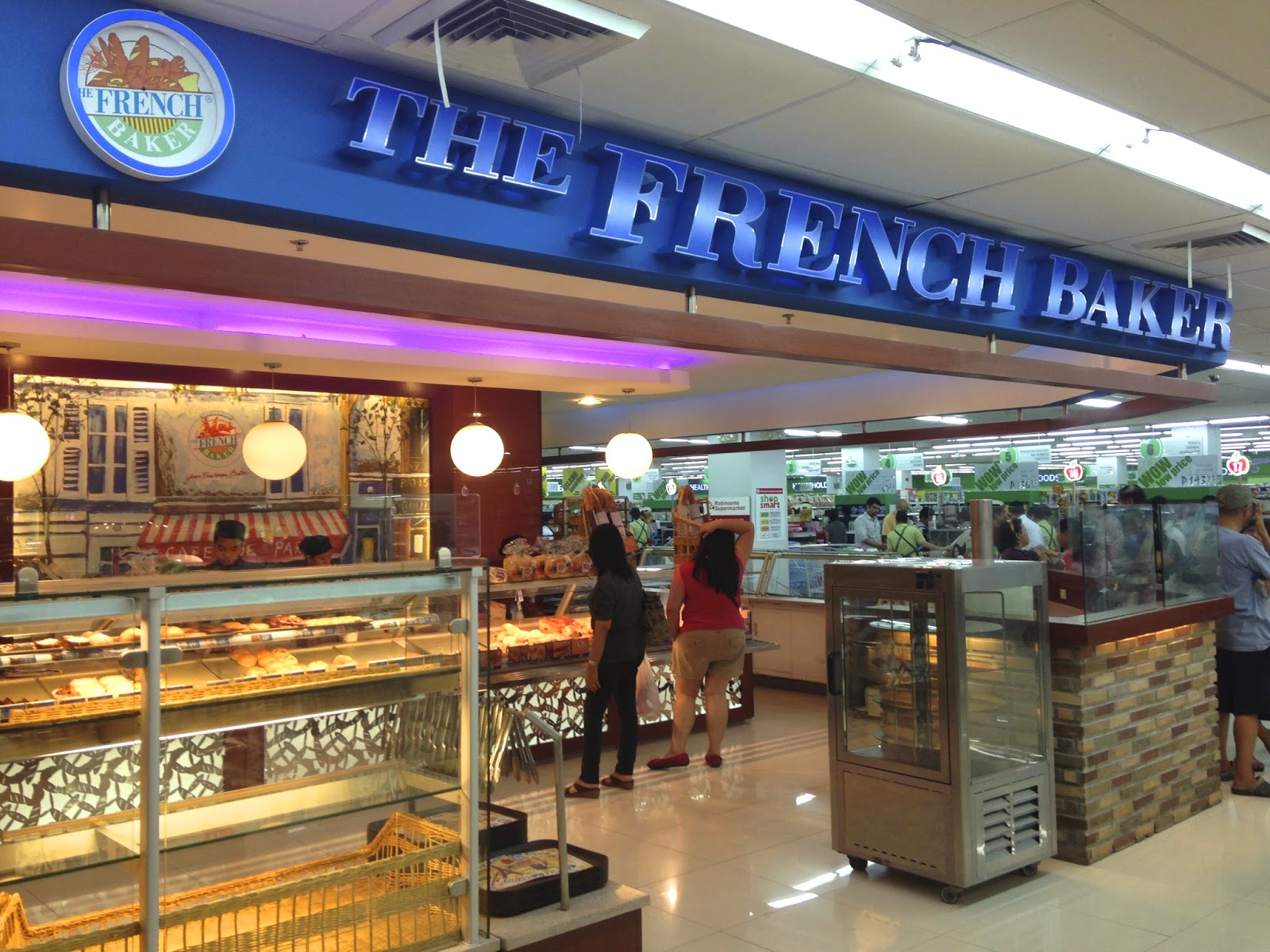 Operated by and located at the entrance to Robinsons Supermarket. 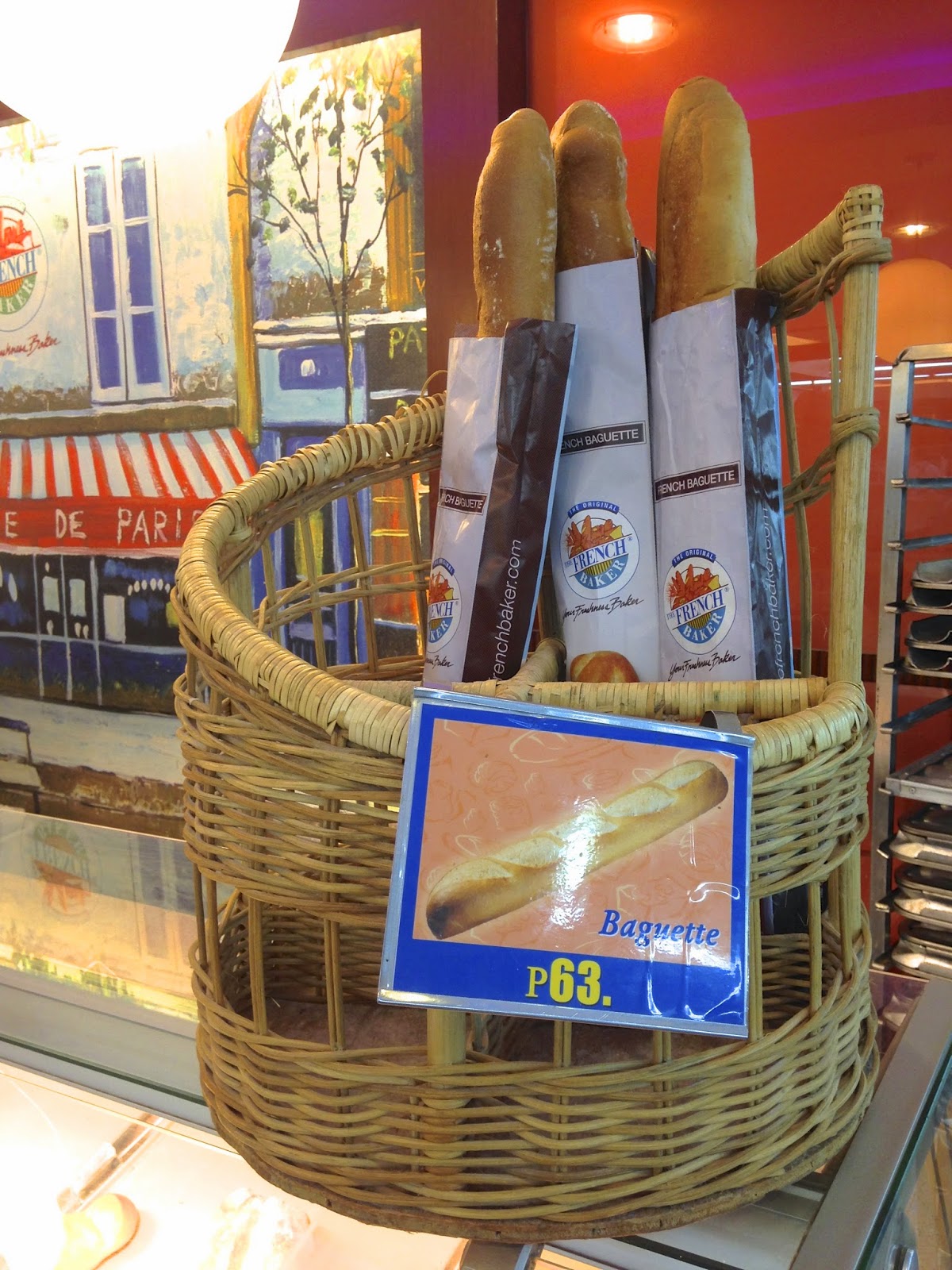 Whatever plans that I'd had for dinner, this took precedent.  But on short notice, the only thing that I could think of was to open one of the pickled herring jars and eat it with bread, along with a shot of the whisky.

No surprise, I was totally blown away by the experience.  Starting with the whisky, it's legit, on par with Scotch, though sweeter and with more vanilla that I'd generally prefer, a bit light in texture.  As for the herring, it was kinda fishy at first bite, but in a good way.  The sweetness of the tomato sauce provided a nice counterbalance, especially for my untrained palate.  I had to restrain myself from eating the whole jar, as I'd promised to give some to the staff for lunch tomorrow. 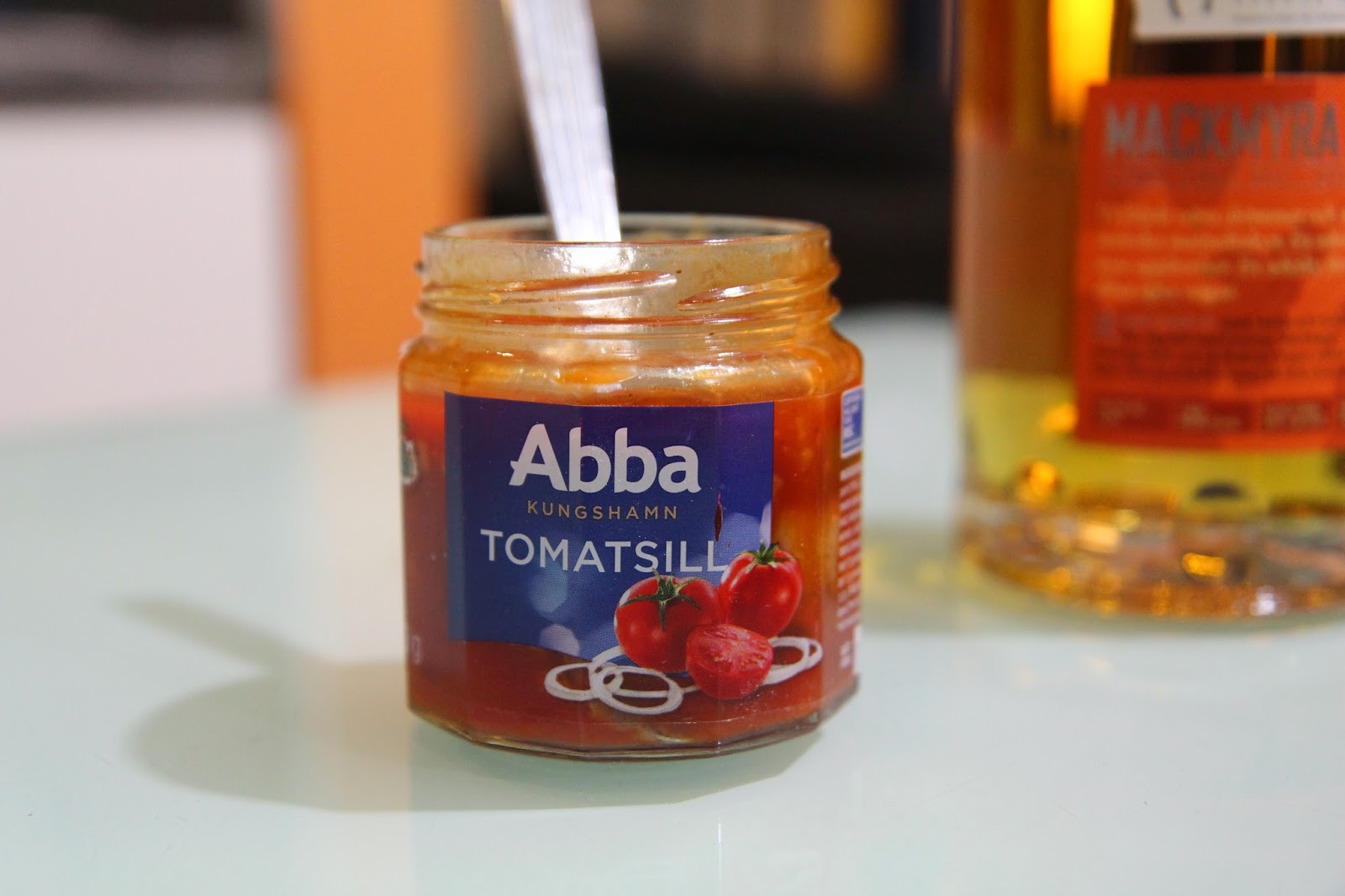 Because "Ace of Base" would sound kinda silly. 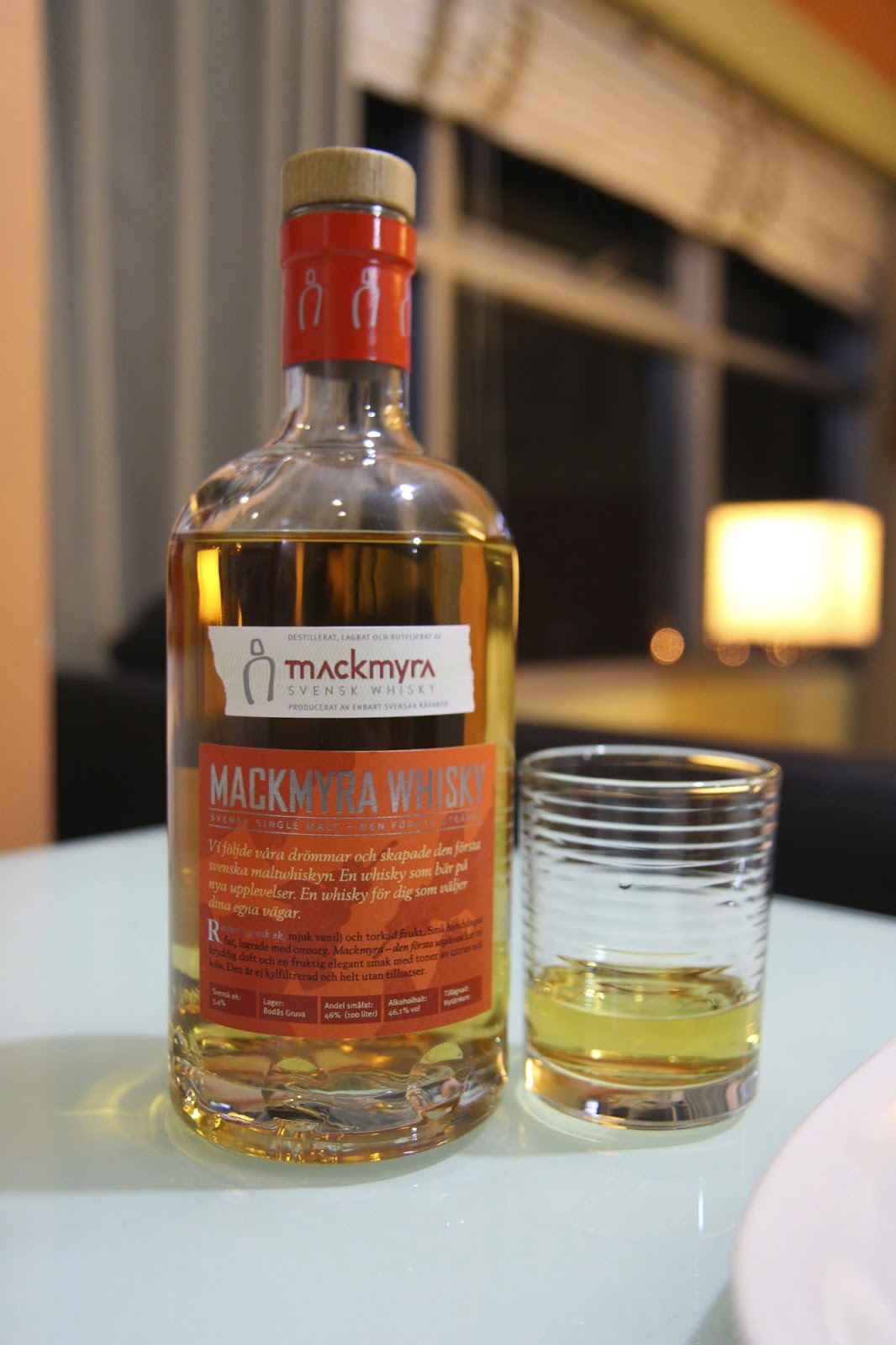 Frankly, this whole exchange thing was driven by my desire to get my hands on Swedish whisky, dried peas be damned; until Gustaf mentioned it to me, I'd had no idea that Sweden even produced single malt--I wonder if The Auld Alliance carries it (see generally 4.266 (White) Carrot Cake).


Thanks so much, Gustaf!  I look forward to many a fine Swedish meal during my time in Manila.

I'd bet that I'll be the first Korean to cook Swedish cuisine in the Philippines.