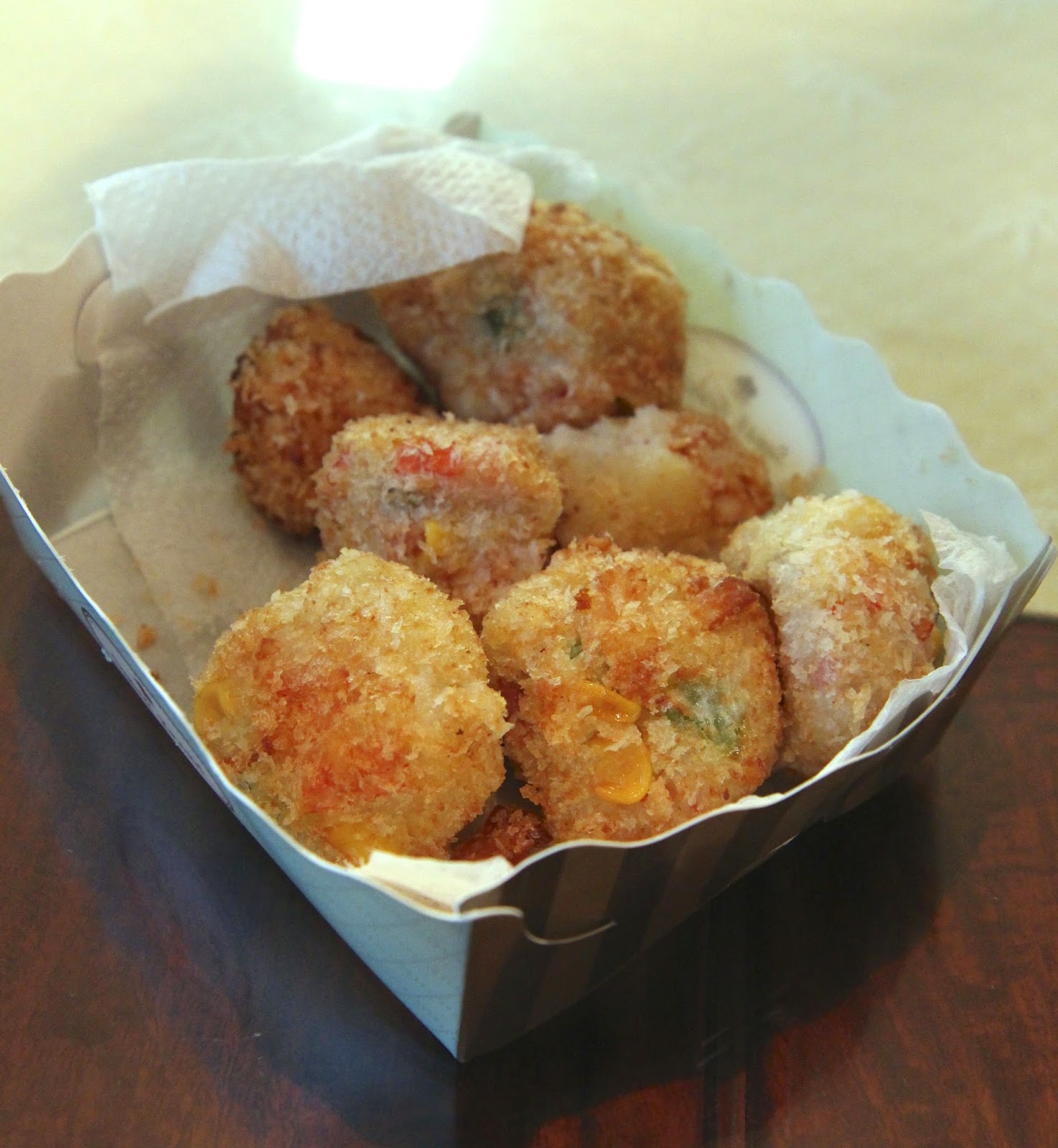 with Ian and the In-Laws

Croquette is a type of French dumpling/cake.  Typically comprises a base of mashed potatoes and/or minced meat/seafood, often onions or other aromatics, plus various seasonings/spices, all shaped into a small ball/disk/cylinder, lightly breaded, deep-fried.  Popular throughout Europe, as well as Japan (probably via Germany) and Korea (definitely via Japan*).  The term originates from the French "croquer (to crunch)."

*In Korea, croquettes are colloquially called "go-ro-kke (고로께)," after the Japanized pronunciation of "croquette." Indeed, the fillings also follow the Japanese style, mashed potatoes with bits of corn and carrots, somewhat sweet, similar to salada.  However, due to political correctness, which in Korea is largely focused on erasing/denying/revising cultural vestiges of Japan's colonial occupation--including food terminology (see for example 2.110 Dak Dori Tang; 4.049 Busan Eomuk)--the term is now being referred to officially (e.g., on packaging in chain bakeries that sell the item) as "keu-ro-ket (크로켓)," trying to reflect more accurately the original French pronunciation. 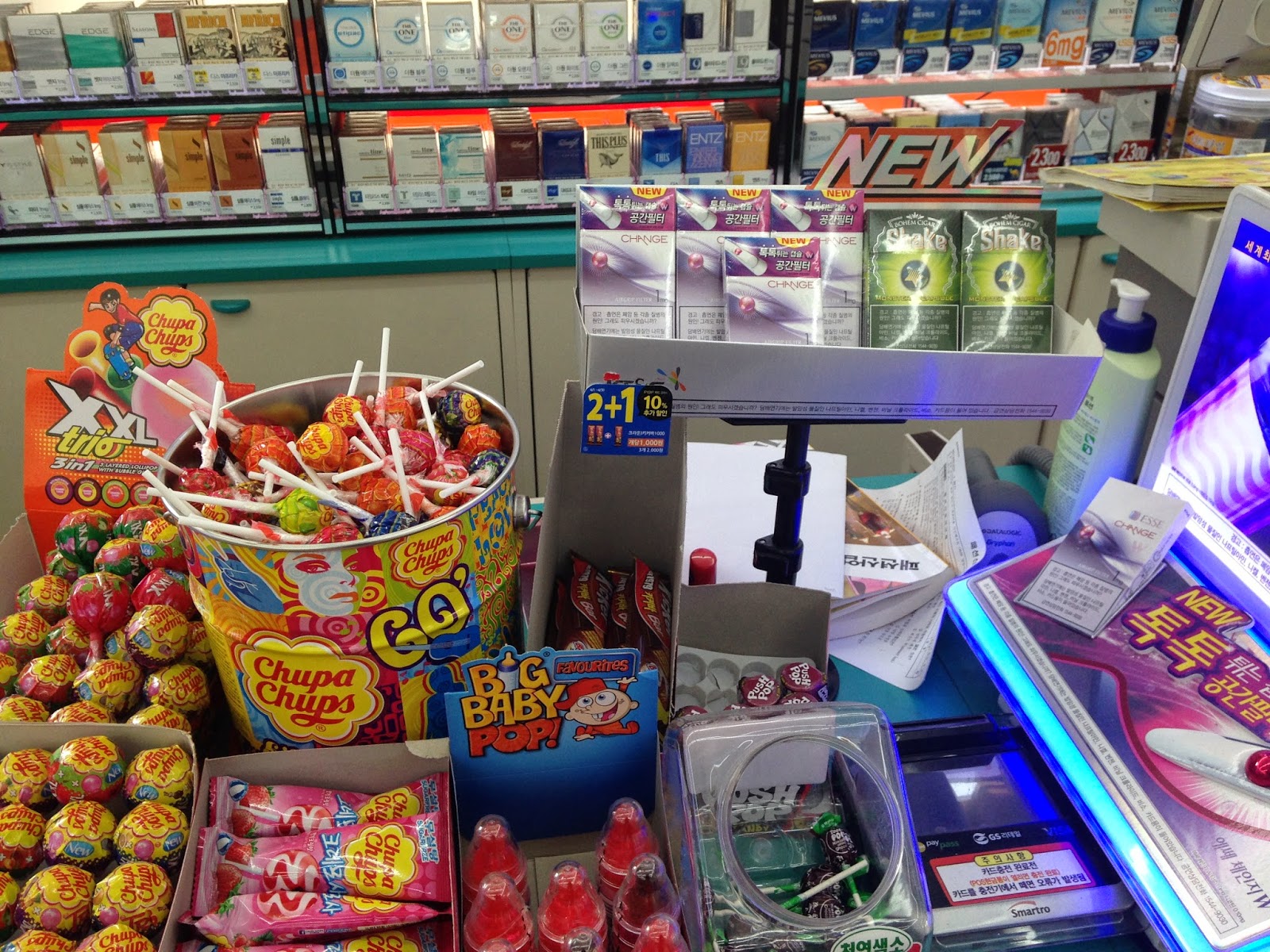 At a typical convenience store, which can be found within a 5-minute walk anywhere in Seoul, open 24/7/365, frequented by customers of all ages, especially kids, on a near daily basis, the counters are piled with candies... 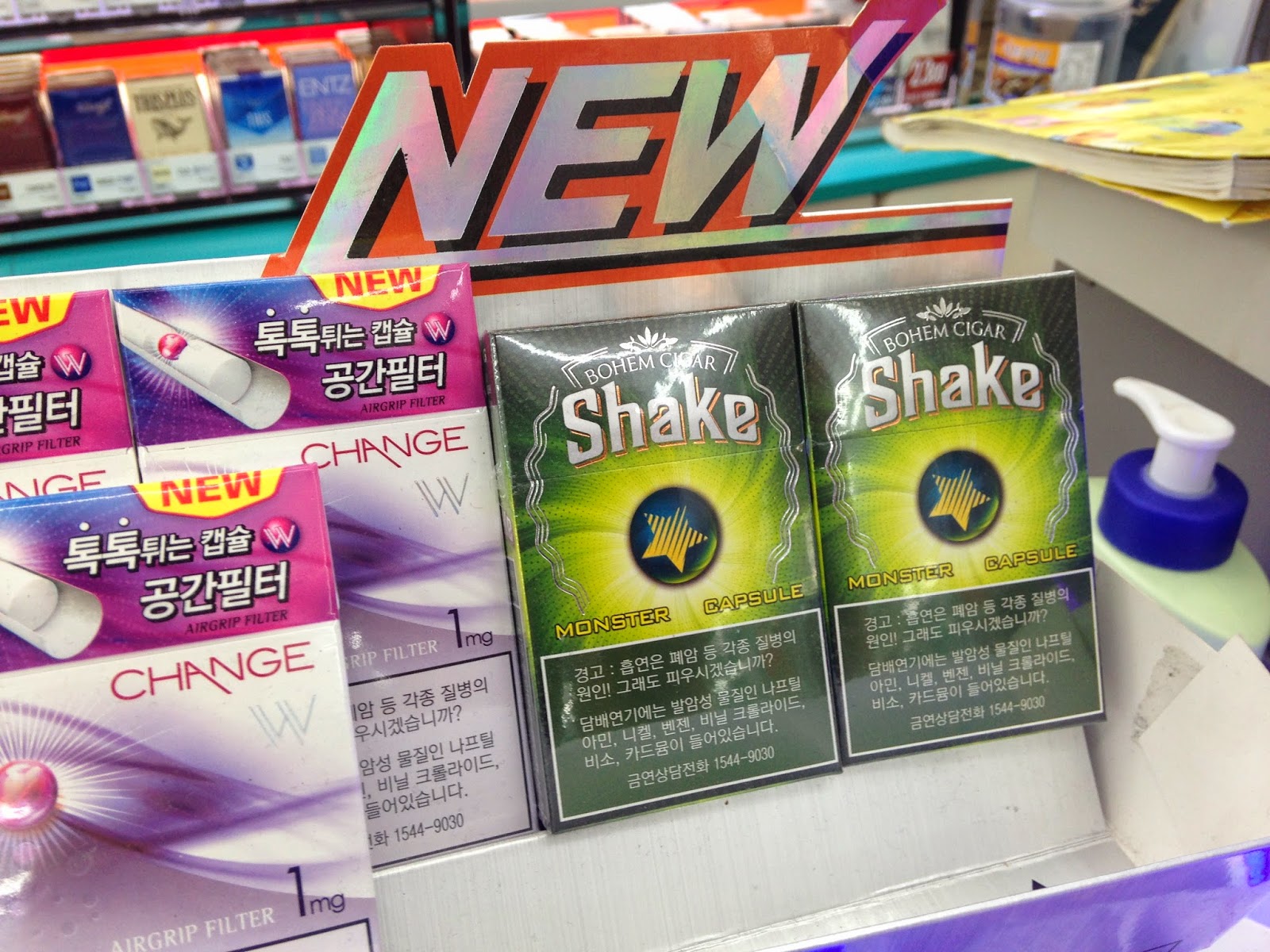 ...and cigarettes, within easy reach, which are kinda packaged to look like candy. 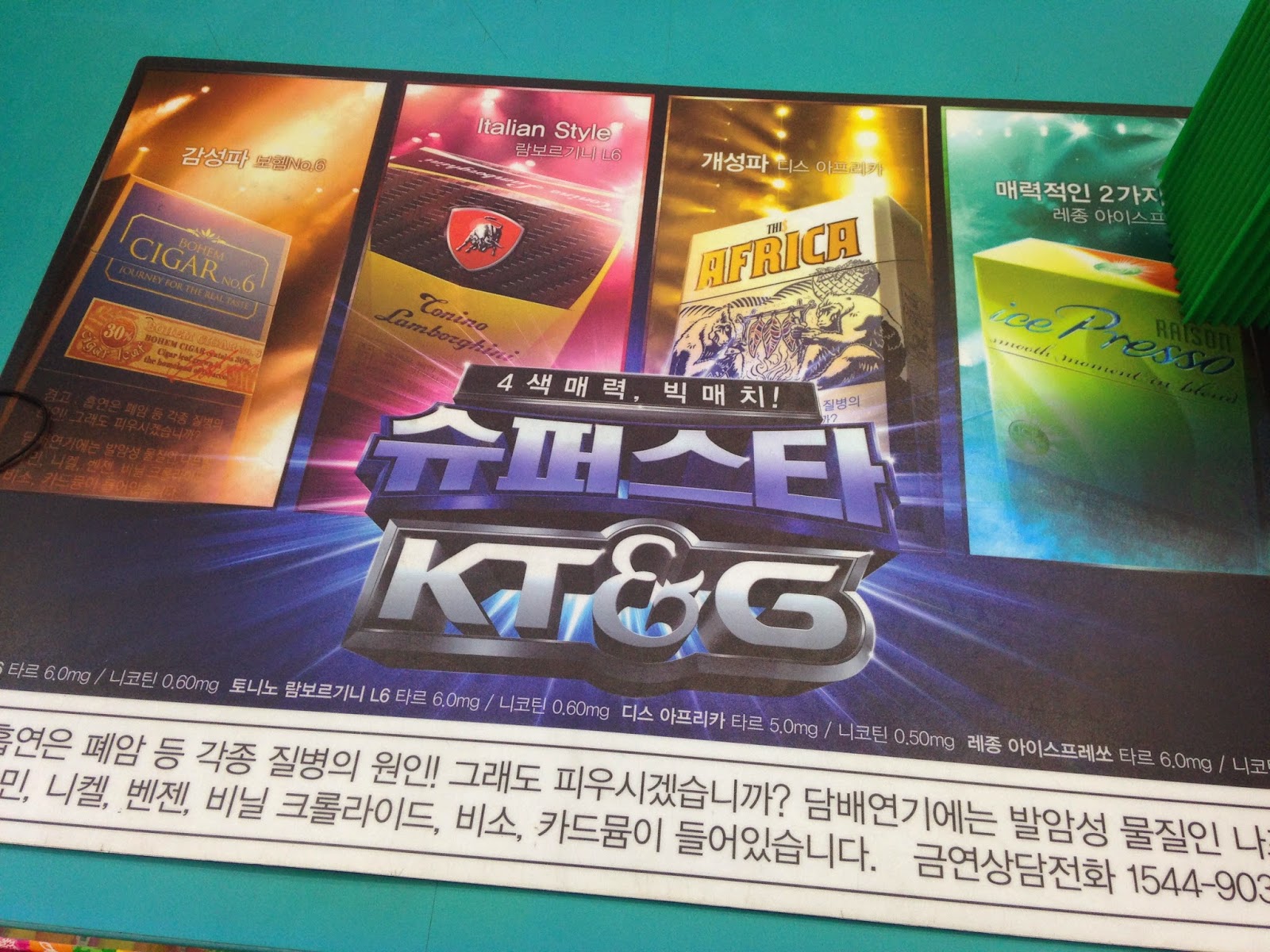 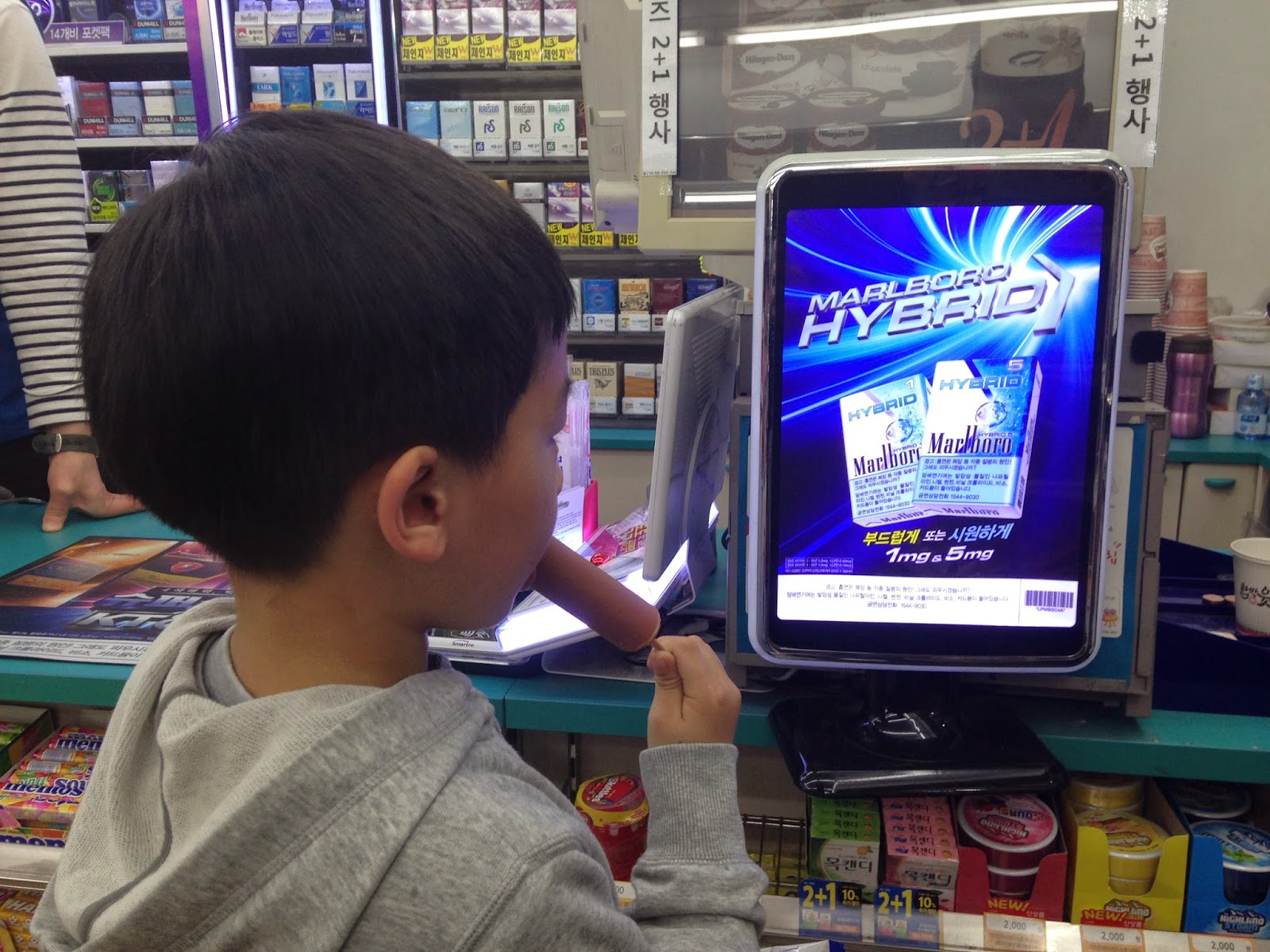 The point-of-sale marketing displays are positioned to be at the precise eye-level of a 7-year-old.
Any doubt that the industry is still targeting youth?!?!


At long last, my years of slaving away in the kitchen for the kids are starting to pay off.  After school on Thursdays, 1st-graders at Dominic's school each take an extracurricular elective class.  And doggone it, Dominic chose cooking.  From a social perspective, I'm also quite impressed that they allow boys to cook.  This week, croquette was on the menu.  He brought them home and let me have the first one.  I actually teared.  They were awesome, really.

Thanks, D!  Sorry that I can't be there every week to try your latest creation, but god knows how I wish that I could.