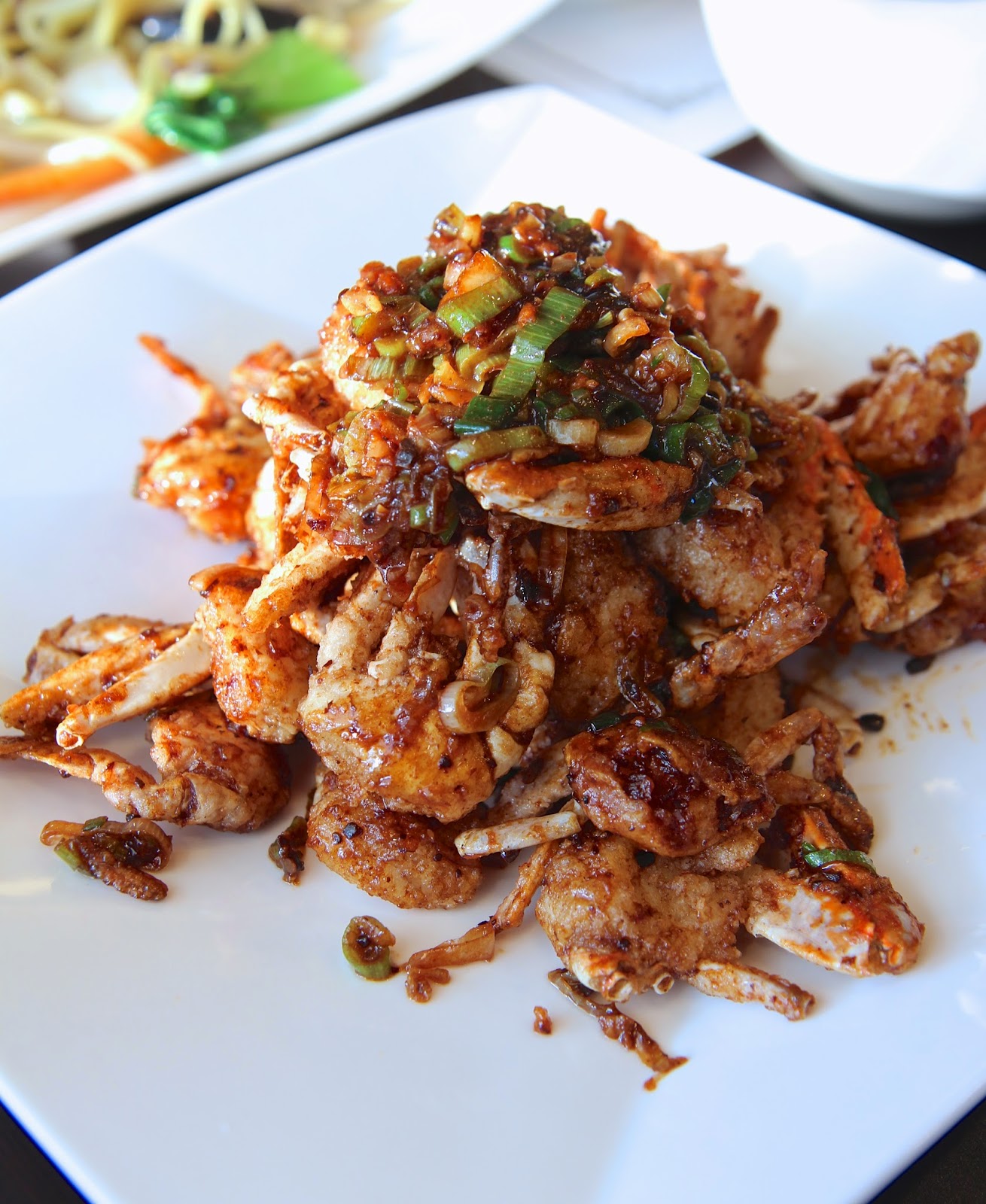 with Dominic and Ian, Folks


My father owns Tongbang Publications, a company that deals with American books.  (Please note, the website is currently being developed to include an English-friendly interface.)  If you've ever purchased an American-published English-language book in Korea, it was likely from his company, which has an inventory and distribution/retail network that dwarf that of all other book importers in the country combined.  The place of business includes a massive warehouse stocked with books.

For the first time in a long while, I took the kids for a visit.  Free books for all: cookbooks for me, whatever Dominic wants, even Ian gets to score a few Toy Story-themed books. 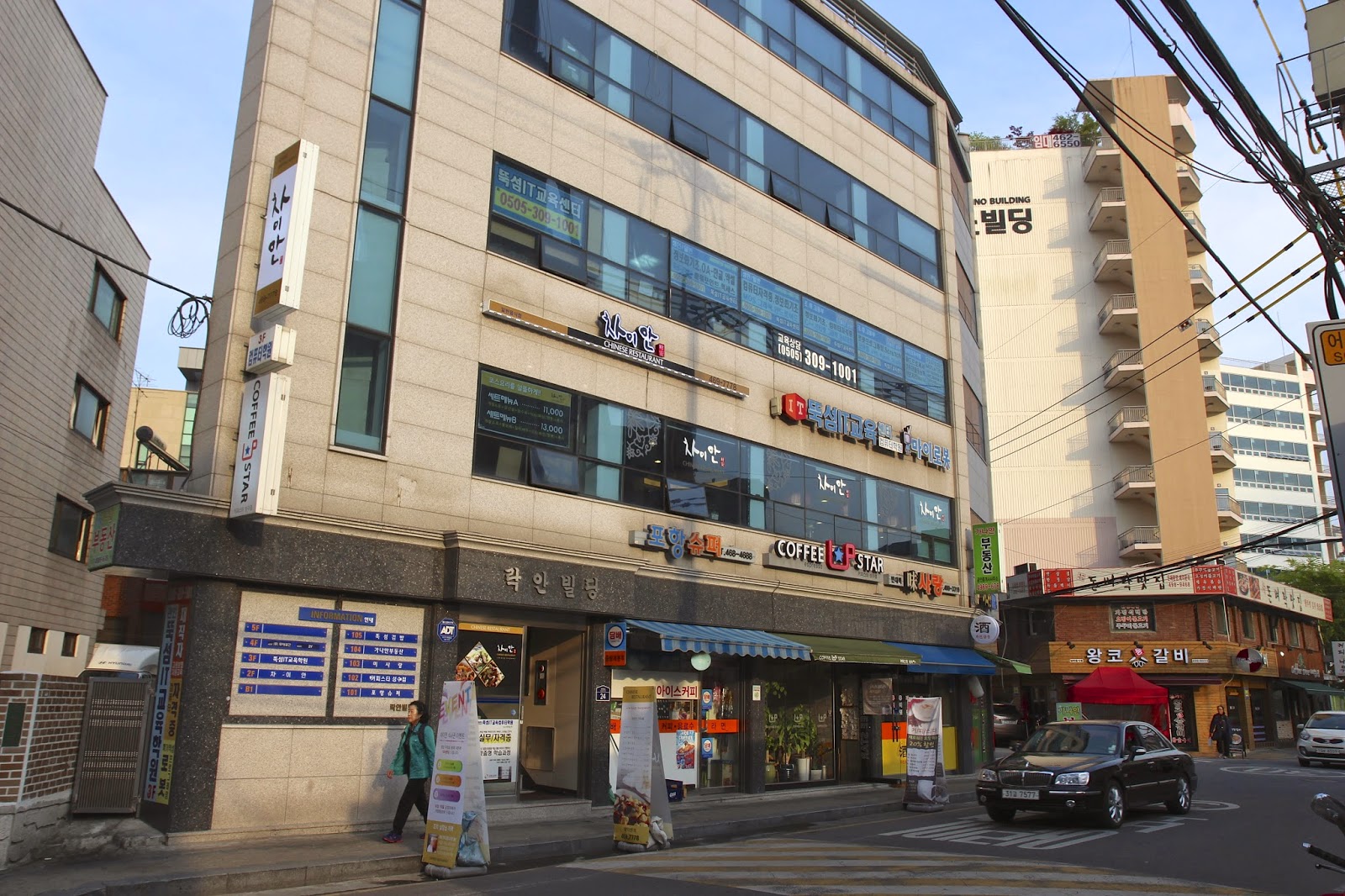 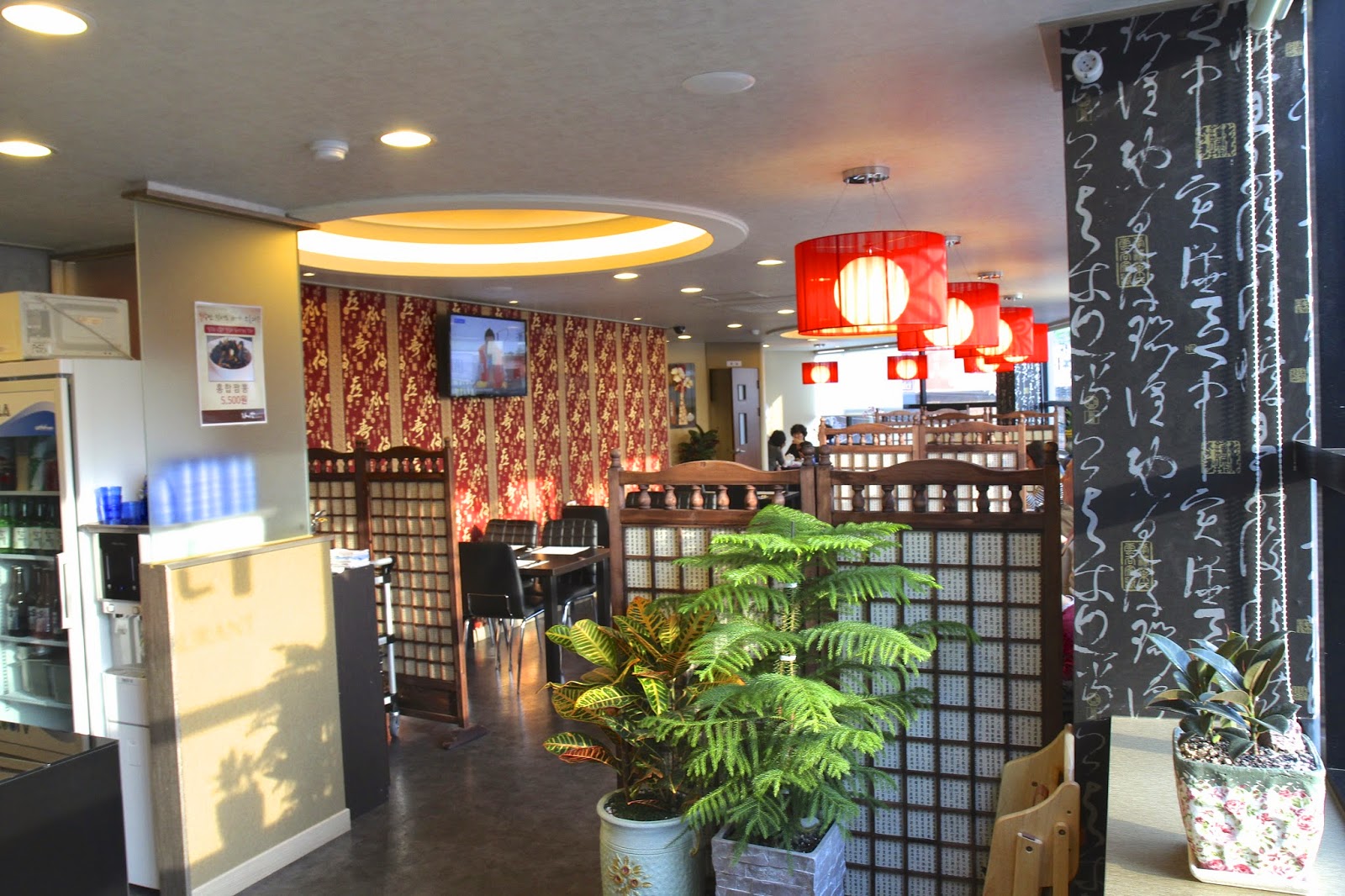 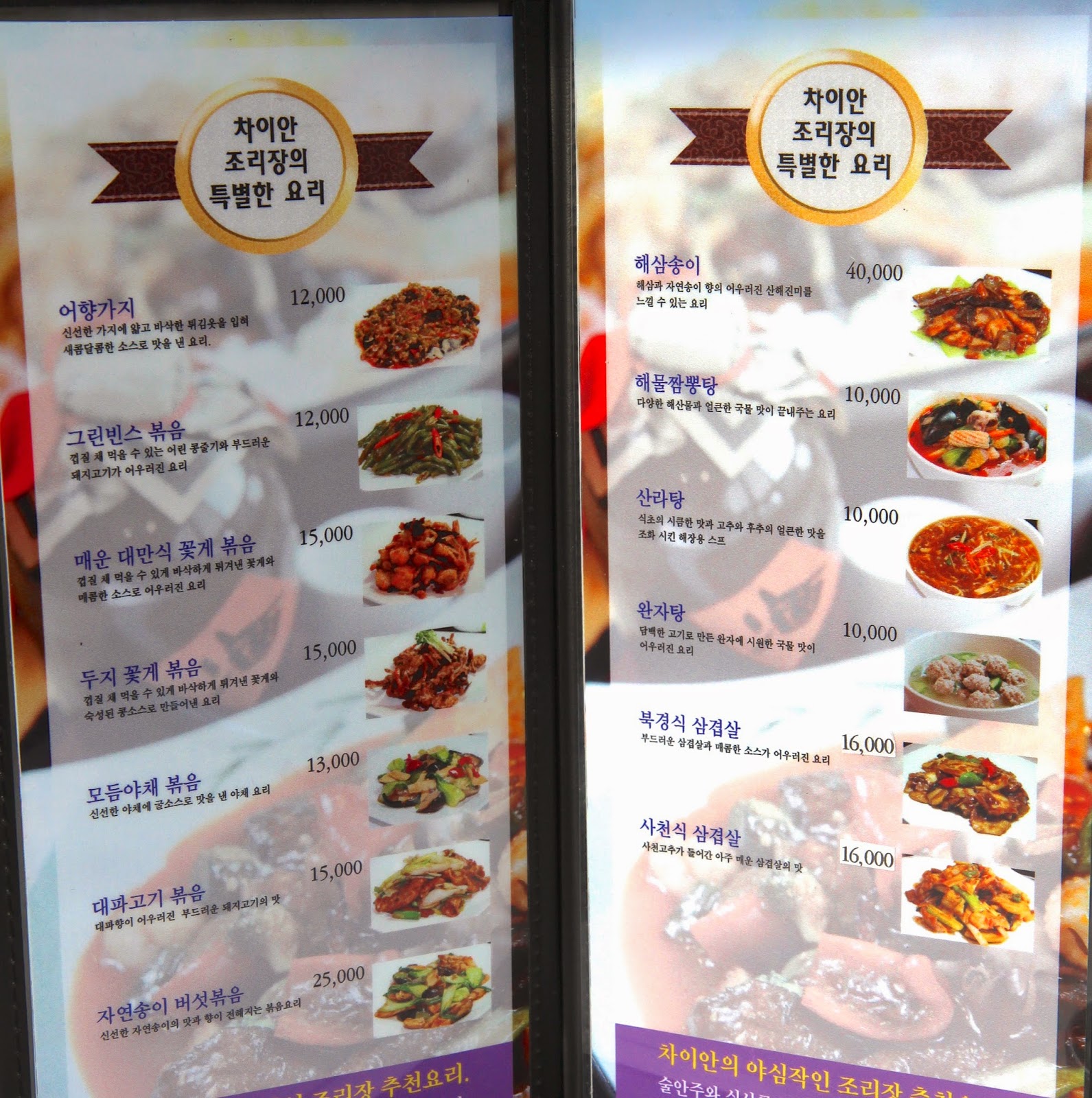 What's also very unusual are the low prices, at least for items in this aforementioned "progressive" section--"Chef's Special Dishes"--most well under 20,000 won, in contrast to the typical 30,000+ won for the "classics."


Caian is a Chinese restaurant.  Located a block from my father's office.  Whereas the menu generally offers classic Korean-Chinese fare, it also includes a section of somewhat more progressive dishes that include ingredients unusual in the Korean-Chinese tradition, such as eggplant, green beans, crab; they even have hot & sour soup, a rarity in Korea, where it's referred to as "salla tang (산라탕)." 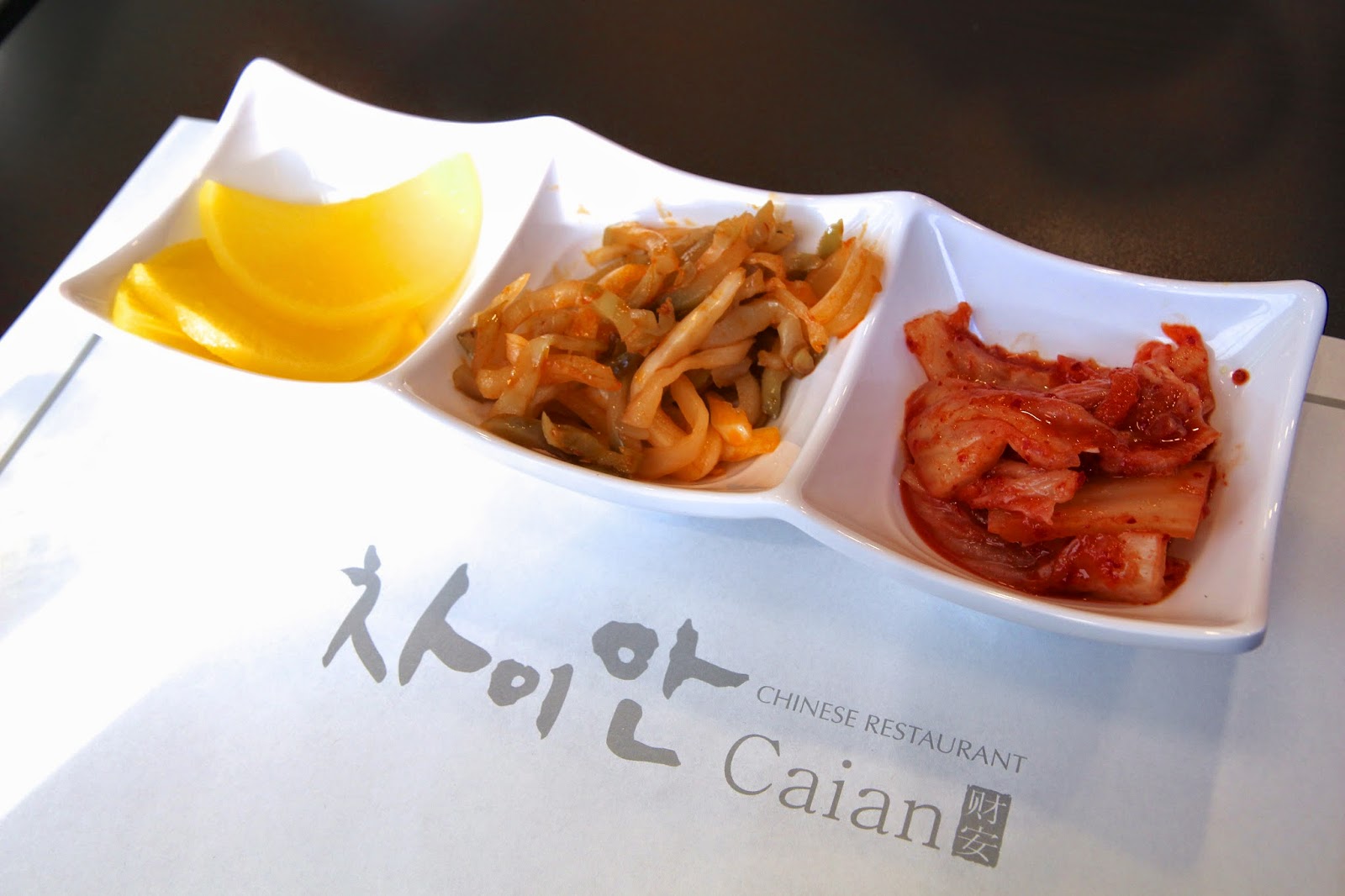 However, progressive the menu, the table wouldn't be complete without the old school side dishes (from left): pickled daikon radish, spicy cha cai, kimchi. 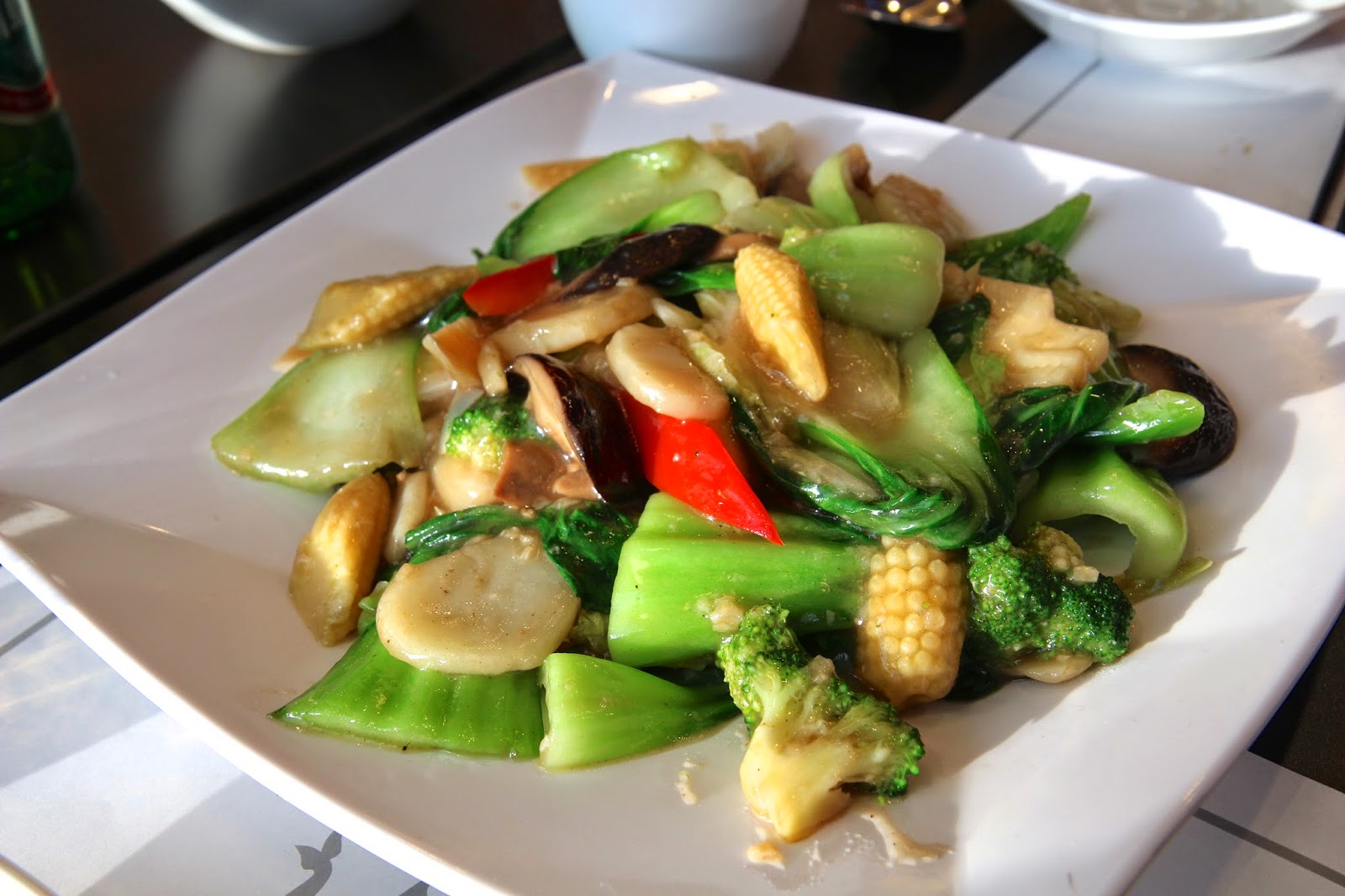 Believe it or not, the vast majority of Chinese restaurants in Korea don't offer any mixed vegetable dish like this.


The food was pretty good.  The highlight was the Spicy Taiwanese Crab Stir-Fry: blue crabs--maybe two?--chopped into pieces, deep-fried, tossed with garlic and aromatics plus some kind of soy-chili dry dressing.  Surprisingly, despite the shells, the pieces were perfectly edible, nice and crispy.  Judging by the relatively small size of the crabs, I'd guess that they were young, perhaps harvested before the shells had turned fully hard.  The dressing was interesting, salty and spicy, but unique in my experience, perhaps based on some sauce from Taiwan--in a few days, I'm going to Taiwan, so maybe I'll get a chance to verify.  Nothing else particularly stood out, but we all enjoyed the meal. 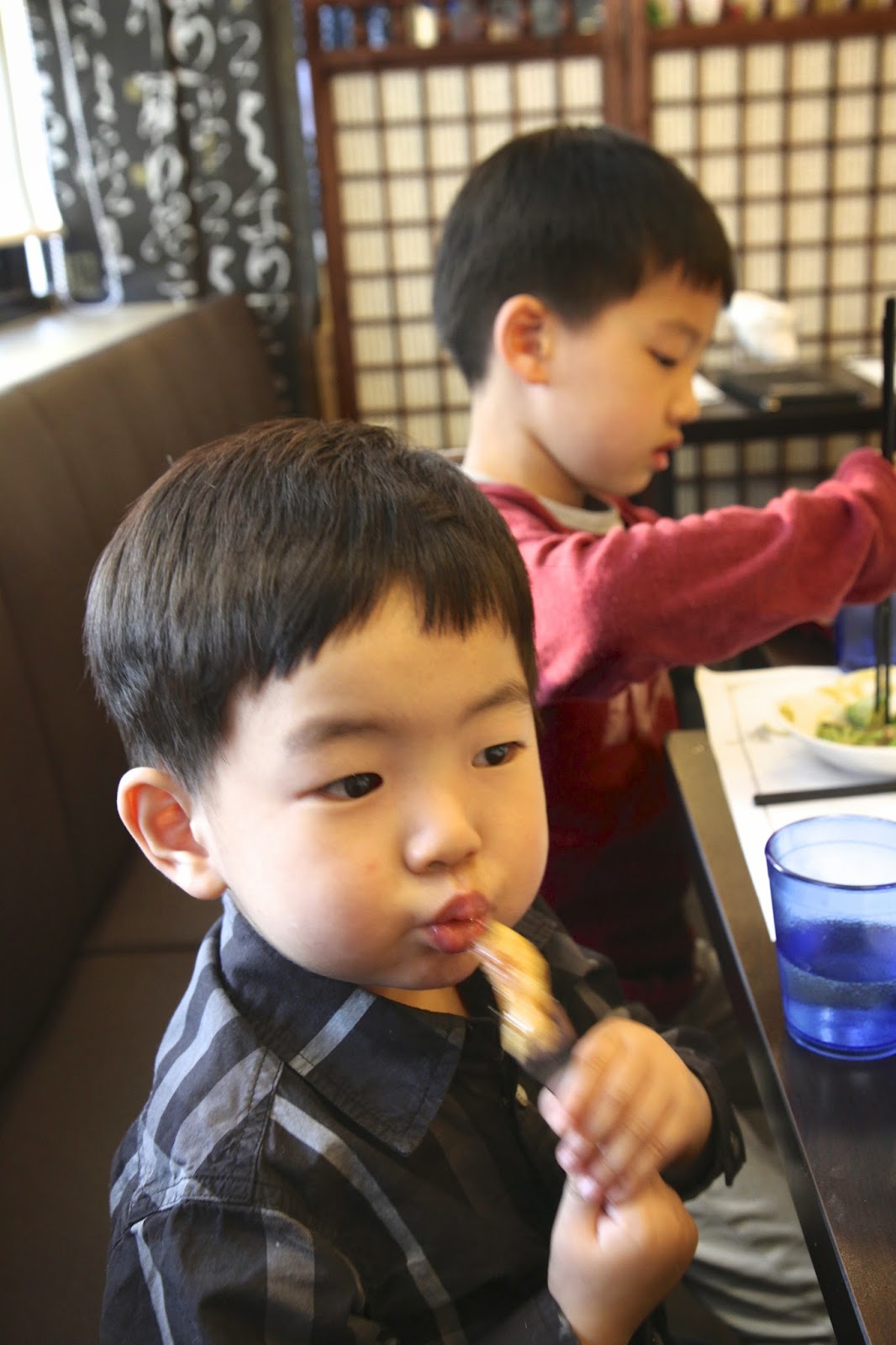 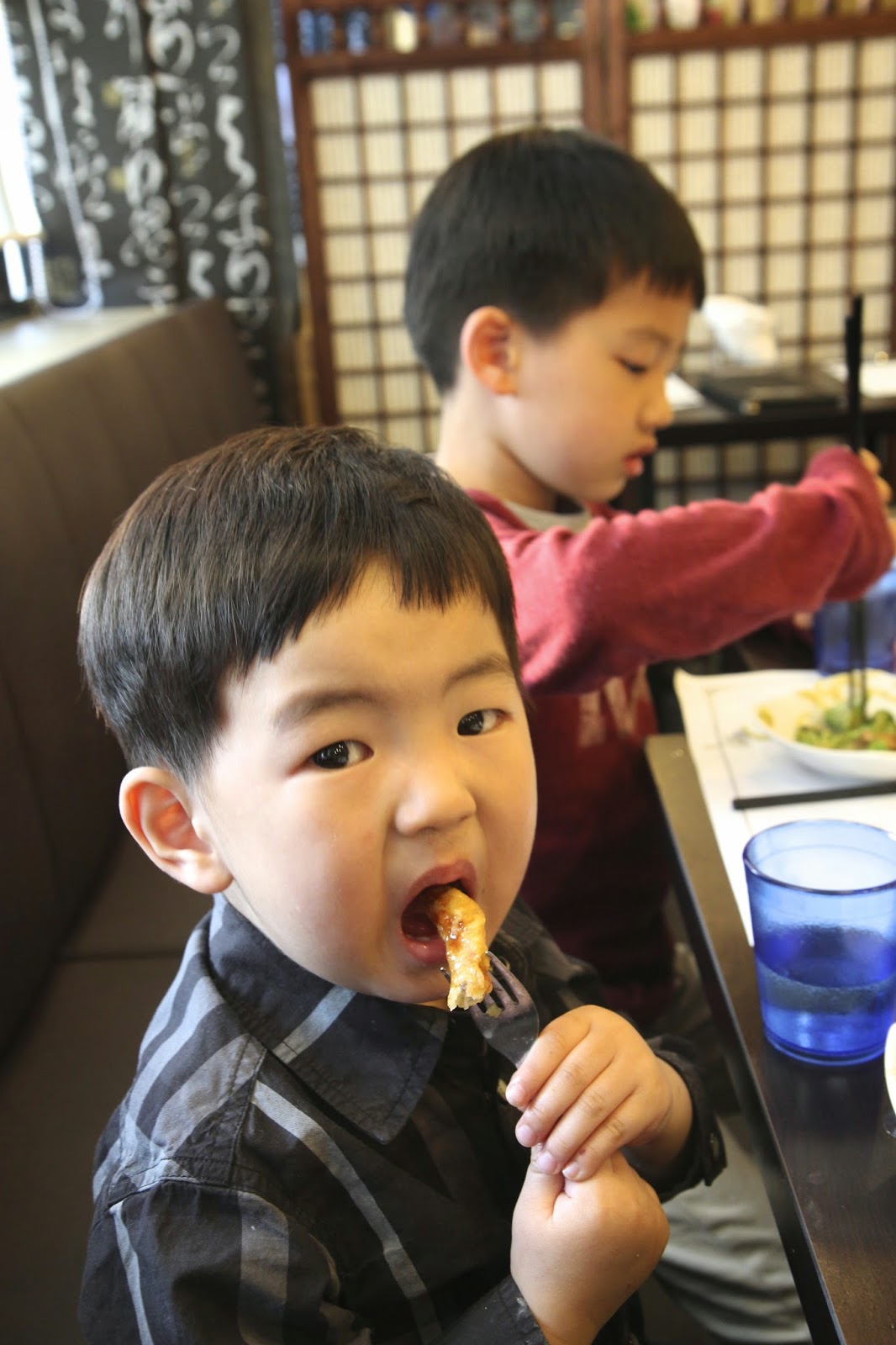 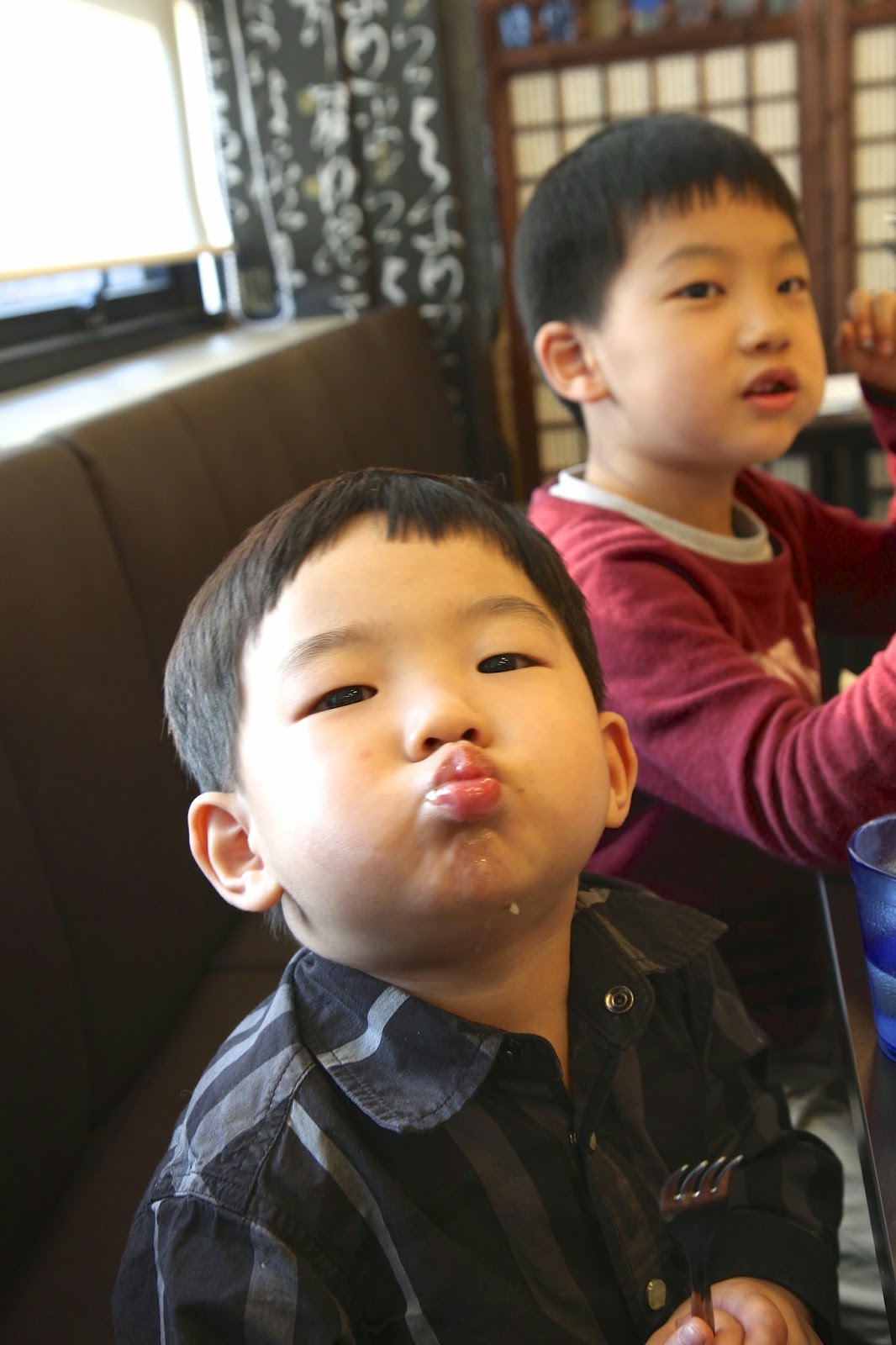 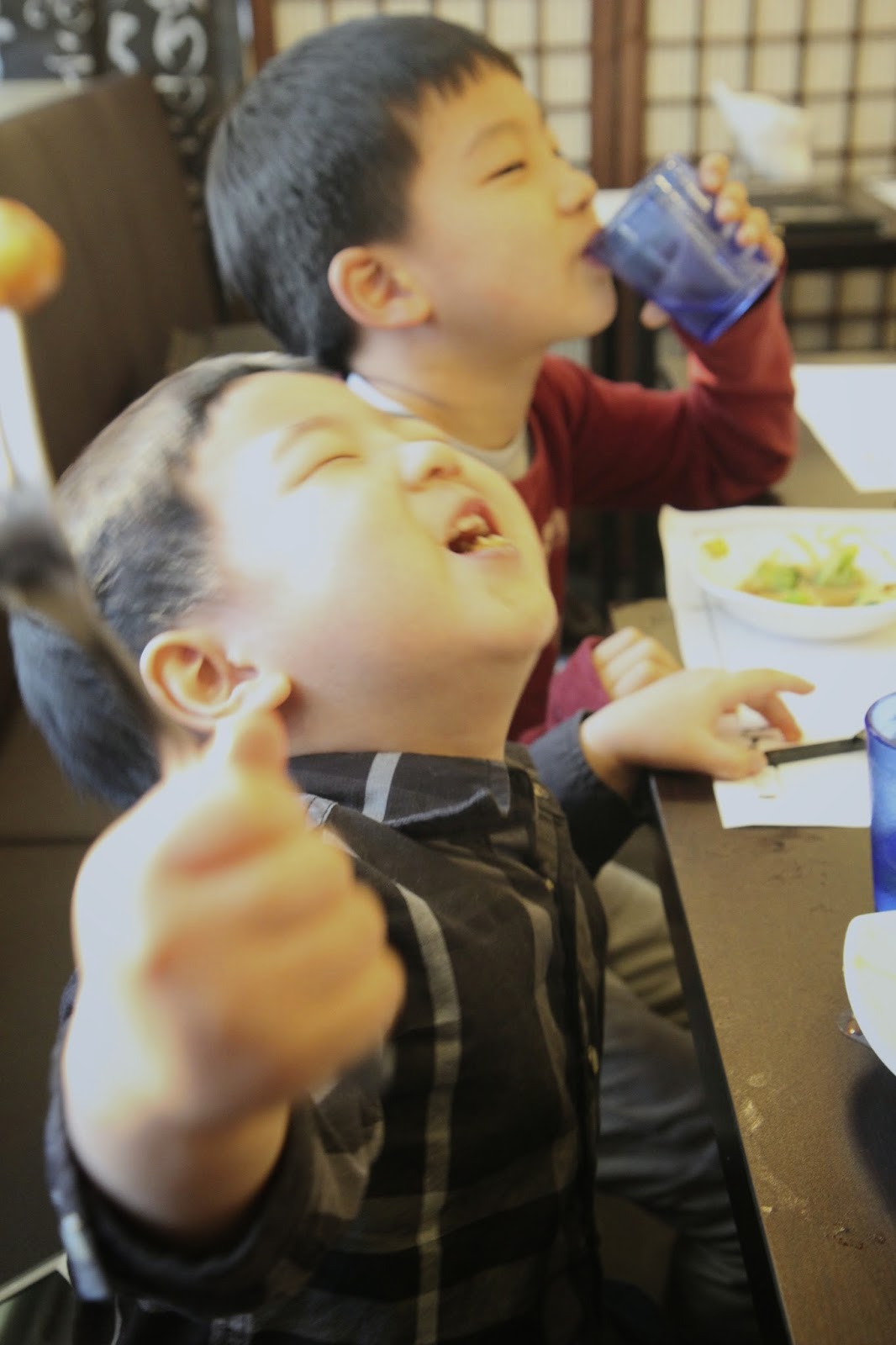