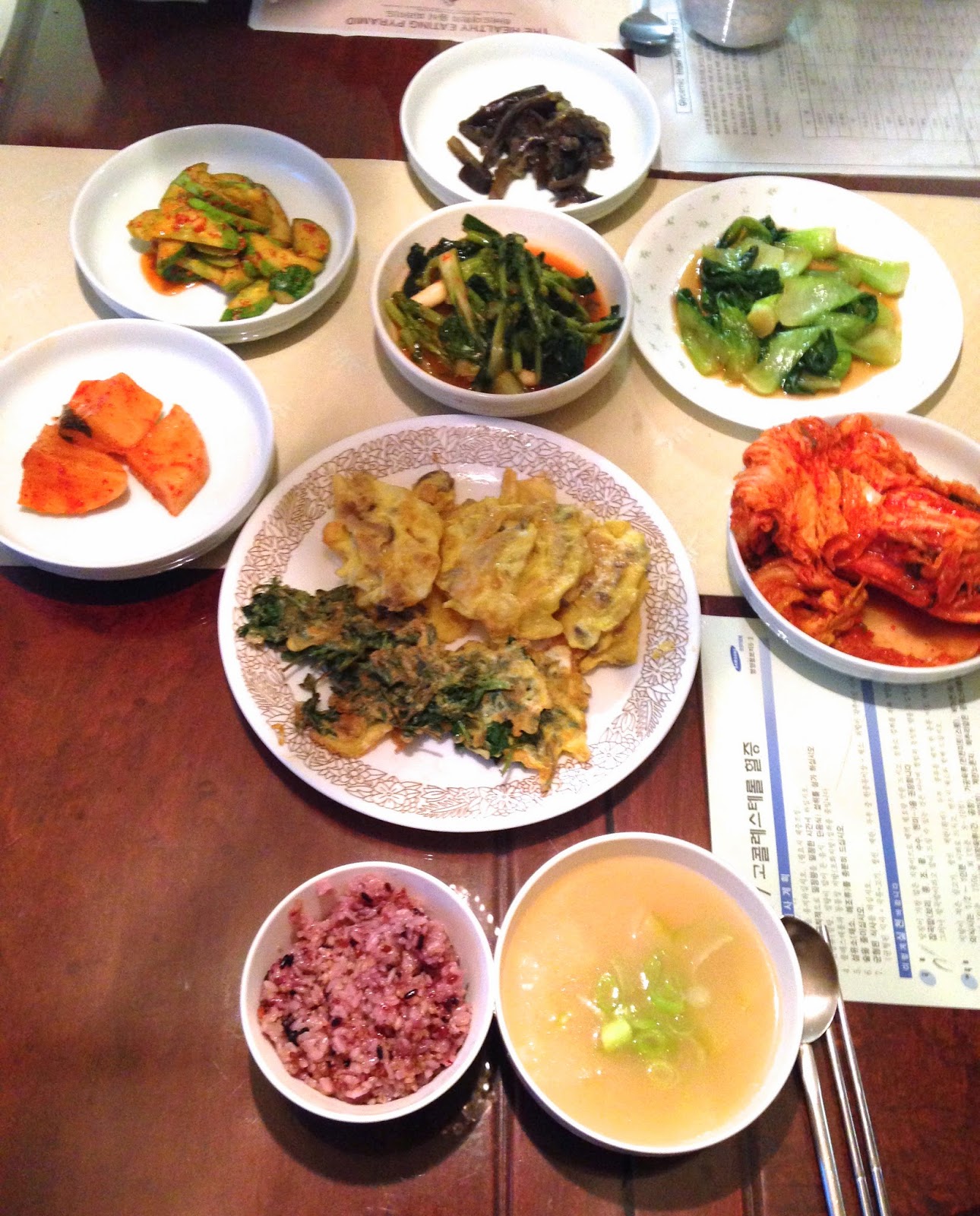 with Family and In-Laws

And so, all too soon, my time at home comes to an end. Tomorrow, on the way back to Manila, I'll be dropping by Taipei for a couple days, a little solo refresher before I start work this coming Monday. Seemed like a good idea when I made the arrangements a few weeks ago. But now, on the eve of departure, I wish that I could stay to the very last possible minute, spend every last second with the family. 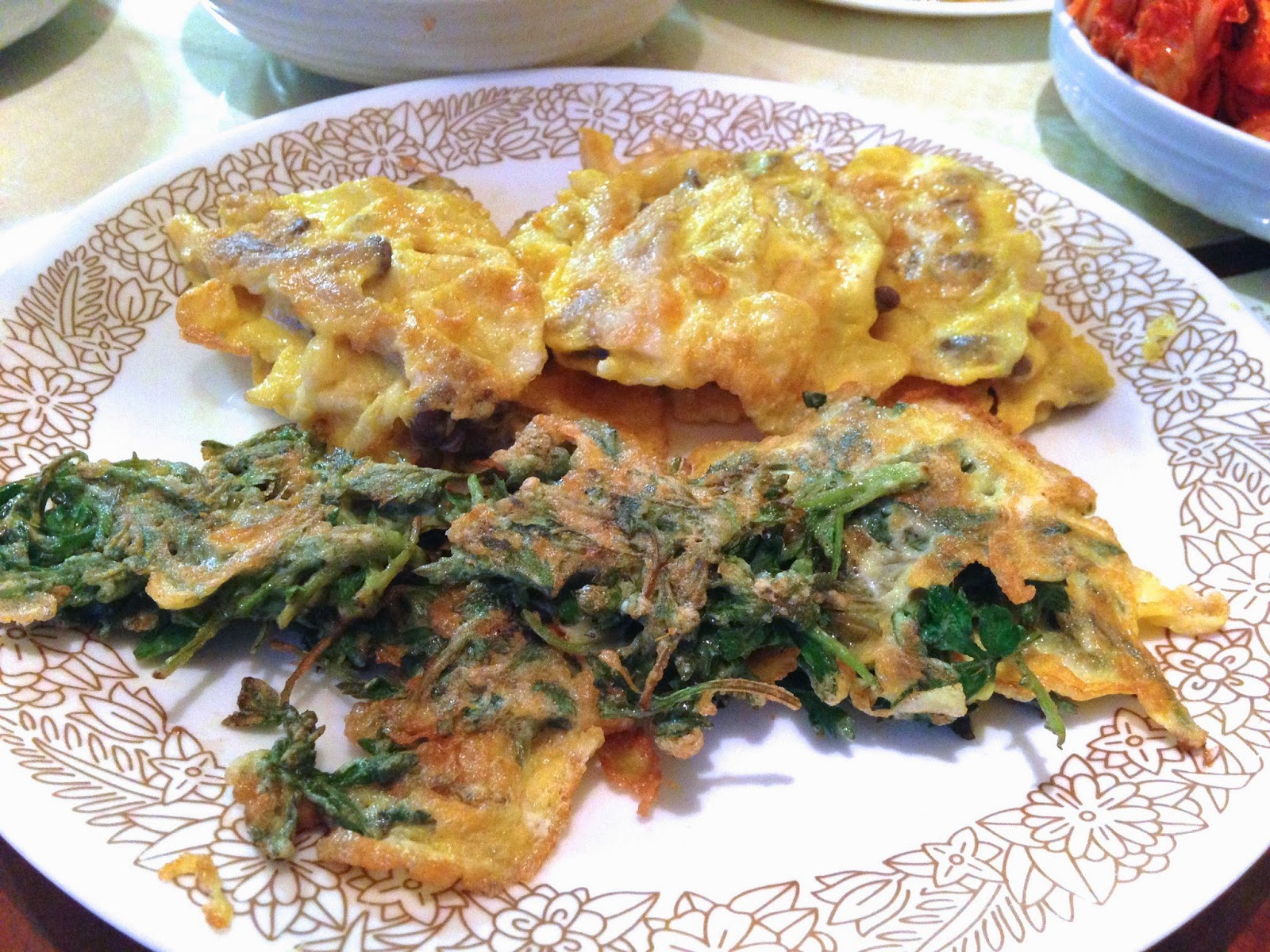 Another regret is that my last meal in town consisted of the mother-in-law's cooking.  She meant well, always does, bless her heart, thinking that I'd miss Korean food while in Manila.  By the time that I got home with the kids, she had a spread already prepared on the table, so I couldn't refuse.  I get more than enough Korean food in Manila (see for example 5.063 Dageumari Hoe).  Or at least, it's widely available, should I ever miss it, which I never have thus far.  To this day, the MIL doesn't believe it when I claim not to like Korean food all that much; she thinks that I'm being absurd, as if I'd claimed not to like air all that much.  But most important, a running theme on the blog, her cooking isn't all that great (see for example 5.027 The MIL's Seollal Spread, Take 2). 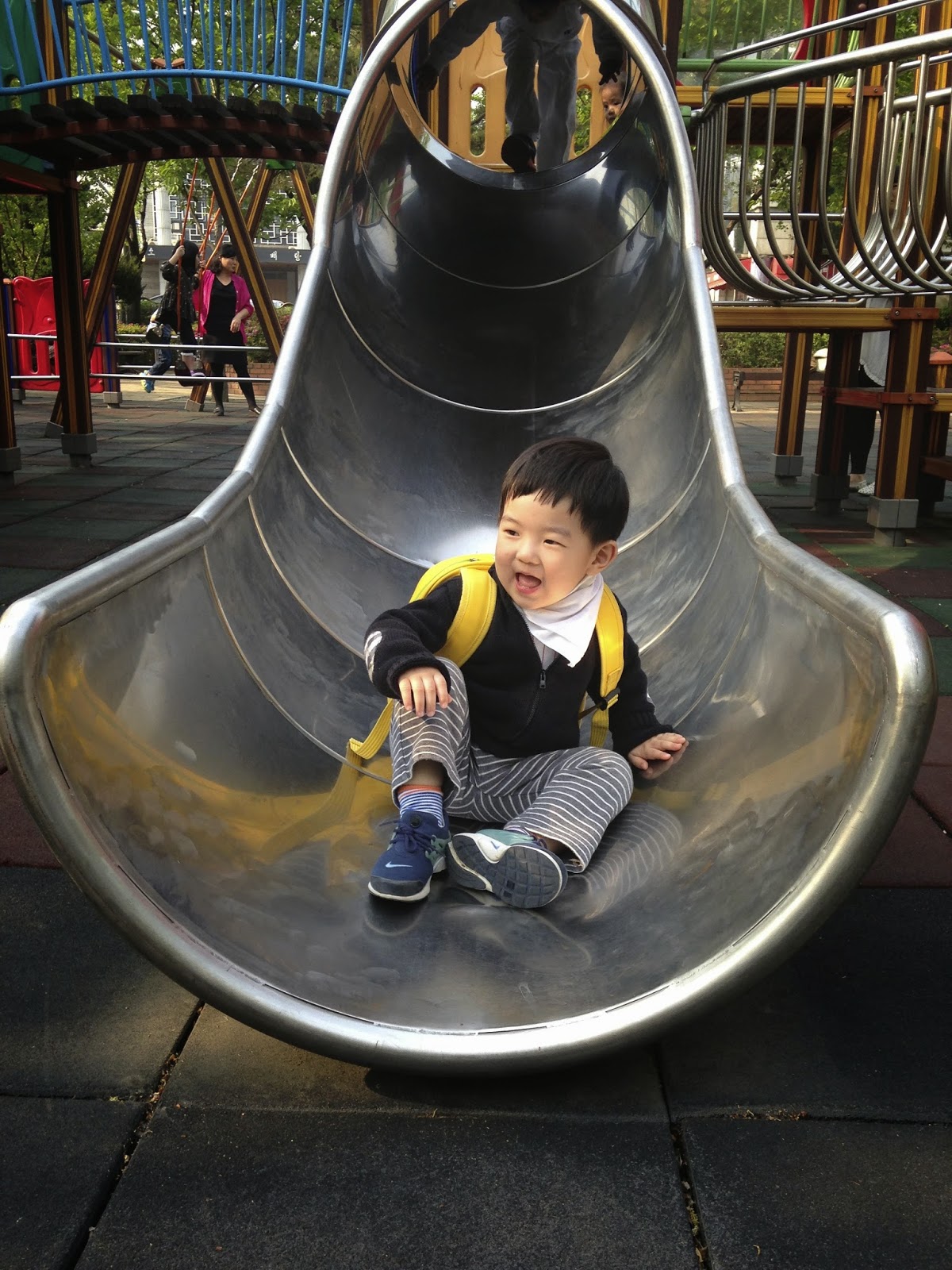 The highlight of the trip was picking up Ian from preschool every day, the same place that Dominic had attended years before, so the routine was enjoyable for the playtime that I got with Ian and also brought back memories of Dominic when he was a toddler. 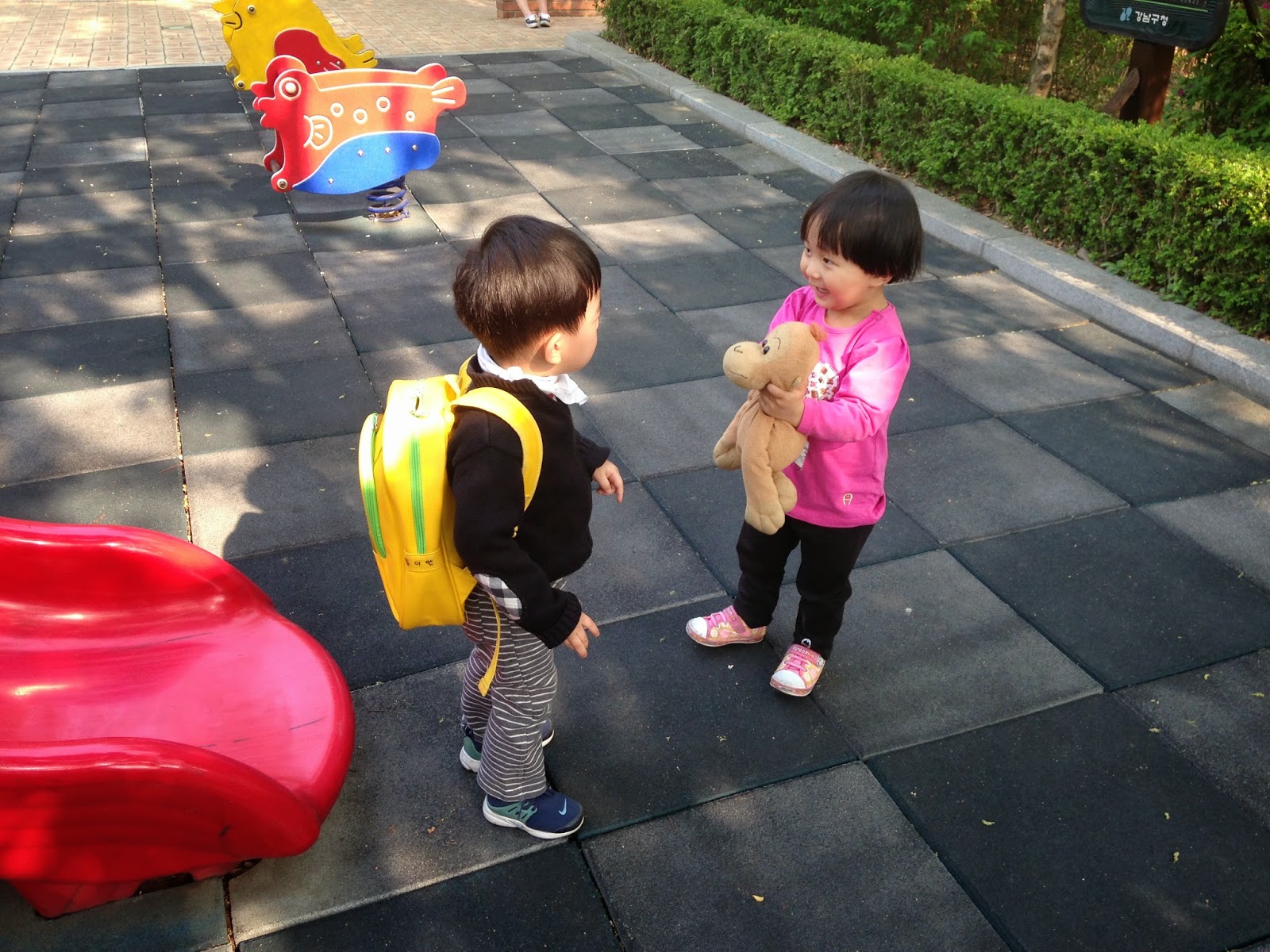 Not exaggerating this as a proud father, though I am a proud of it, the ladies can't get enough of the Momo--also brought back memories (of my own time in preschool). 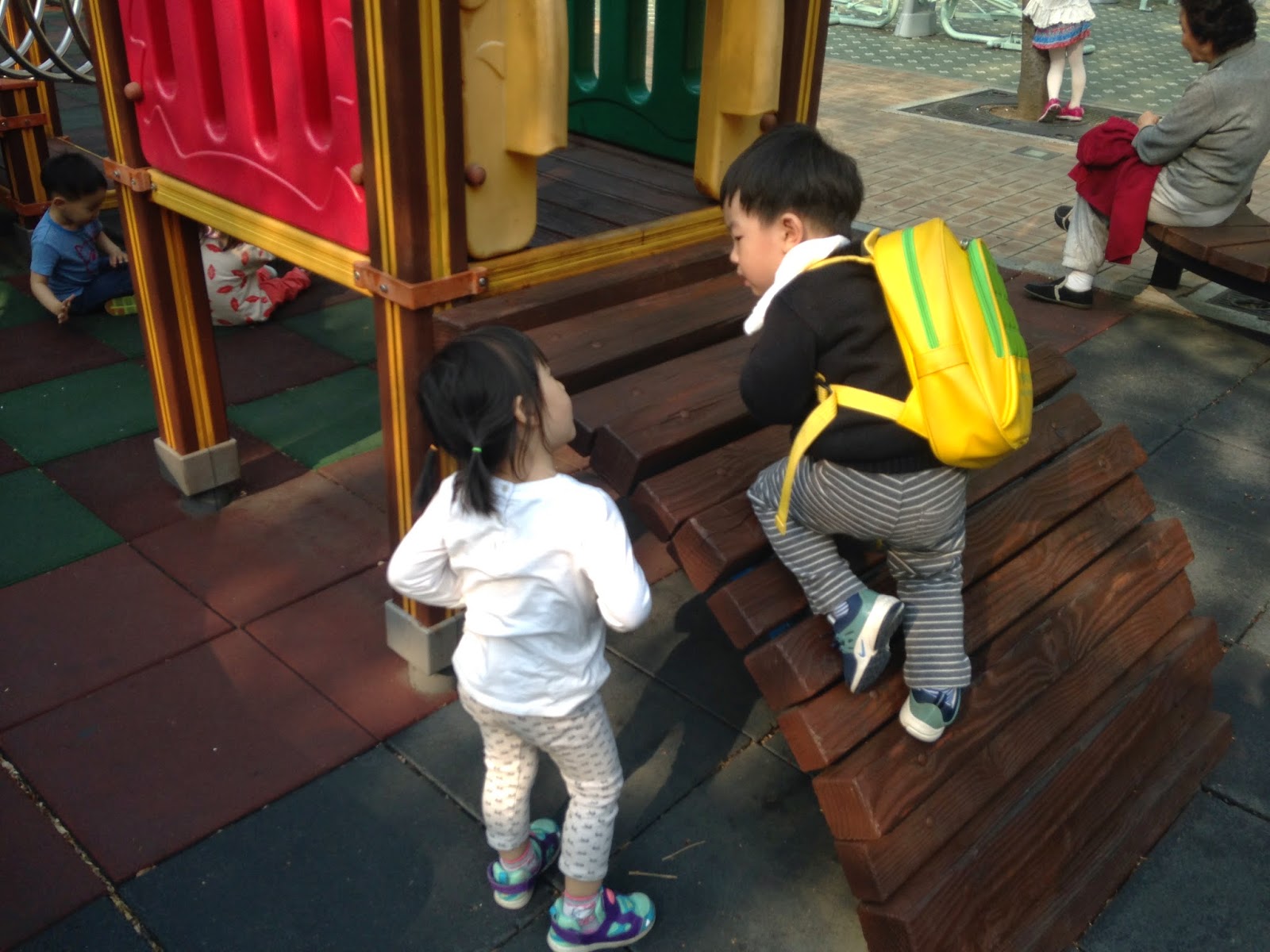 Taking after his old man in every possible way, he even insists on wearing his backpack everywhere.

As per preflight SOP (see generally 4.261 Pyongyang (Mul) Naeng Myeon), I had mul naeng myeon for lunch.  With the wife, we went back to Kang Seo Myeonok (see generally 4.290 Mul Naeng Myeon), which is located near her office and offers items other than MNM--she's not a huge fan.   This second experience confirmed my prior impression that the MNM here is just too sweet, not a true CS PYS MNM.

So, the entire day was a wash in terms of food.

No matter, because I'll soon be in Taipei, gorging on good food. 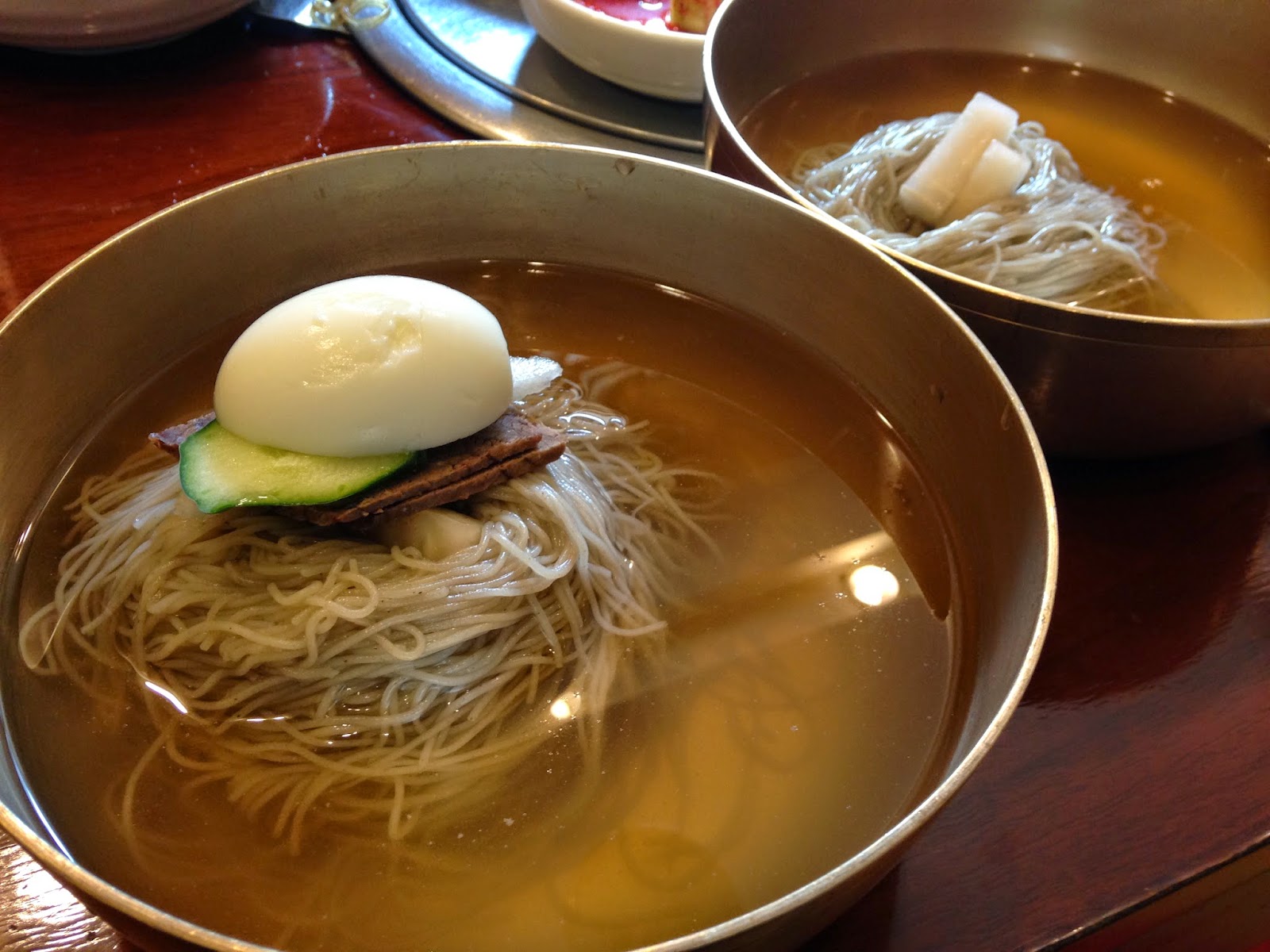