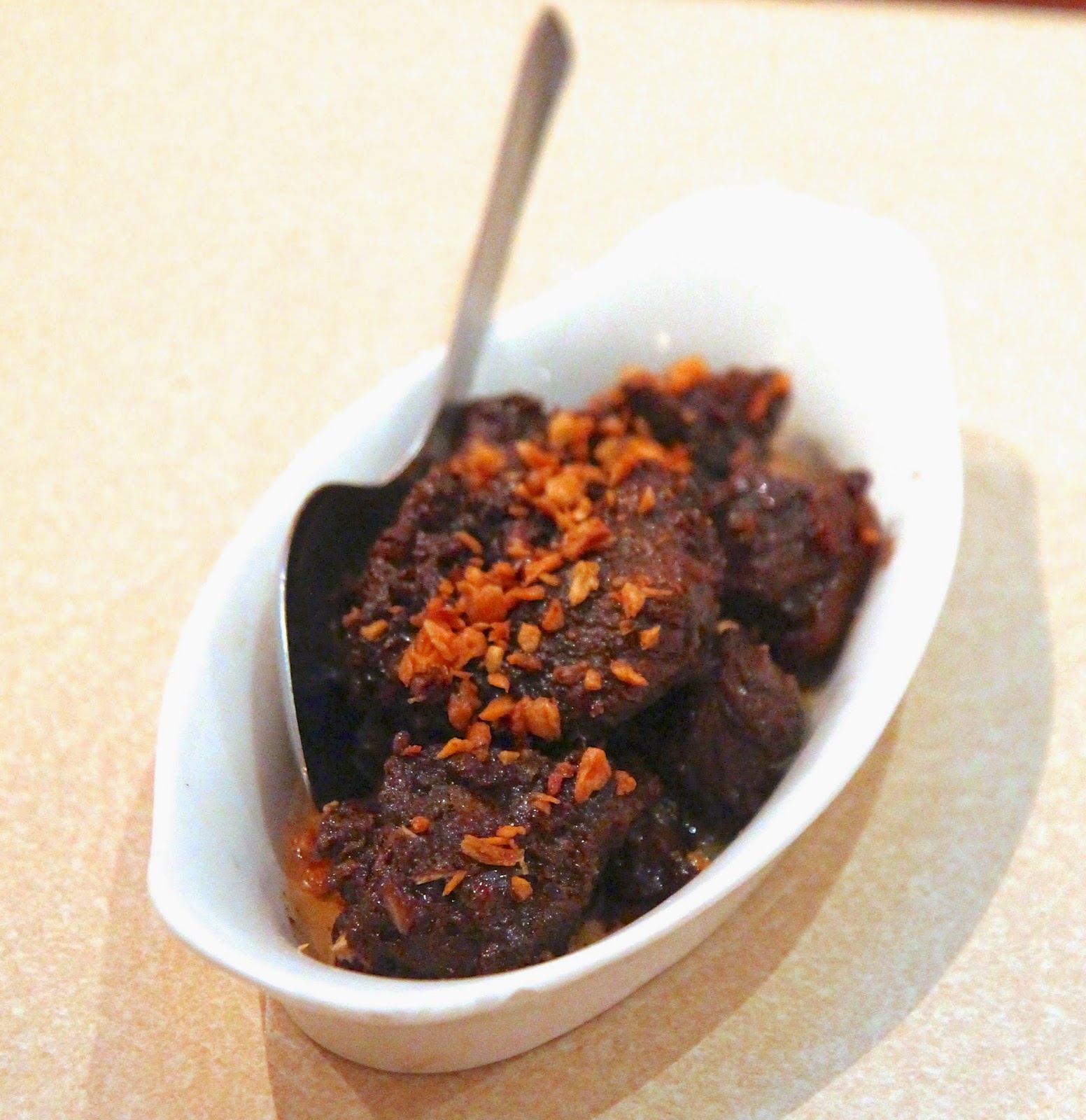 
I got stood up.  Not that it was an actual date.  Rather, I was invited to go out for drinks after work with various colleagues.  I accepted.  However, because I had to go home a bit early to take care of a few things,* we agreed to meet at Oarhouse,** around 7PM.  But then, while I was home, around 6PM, one of the eeriest weather events that I've ever witnessed, the city was suddenly engulfed in a black cloud, like something from a horror movie, lightning zigzagging, thunder thundering, rain downpouring, lasted maybe 30 minutes.  But when it was over, the streets were already flooded, which I could see from my apartment.  From all the flooding stories that I've heard about rainy season, I knew that the waters would be particularly deep near WHO.***  Although I tried to contact my colleagues, they weren't responding.  Just in case, I went anyway.****  I waited for an hour.  They didn't show.***** 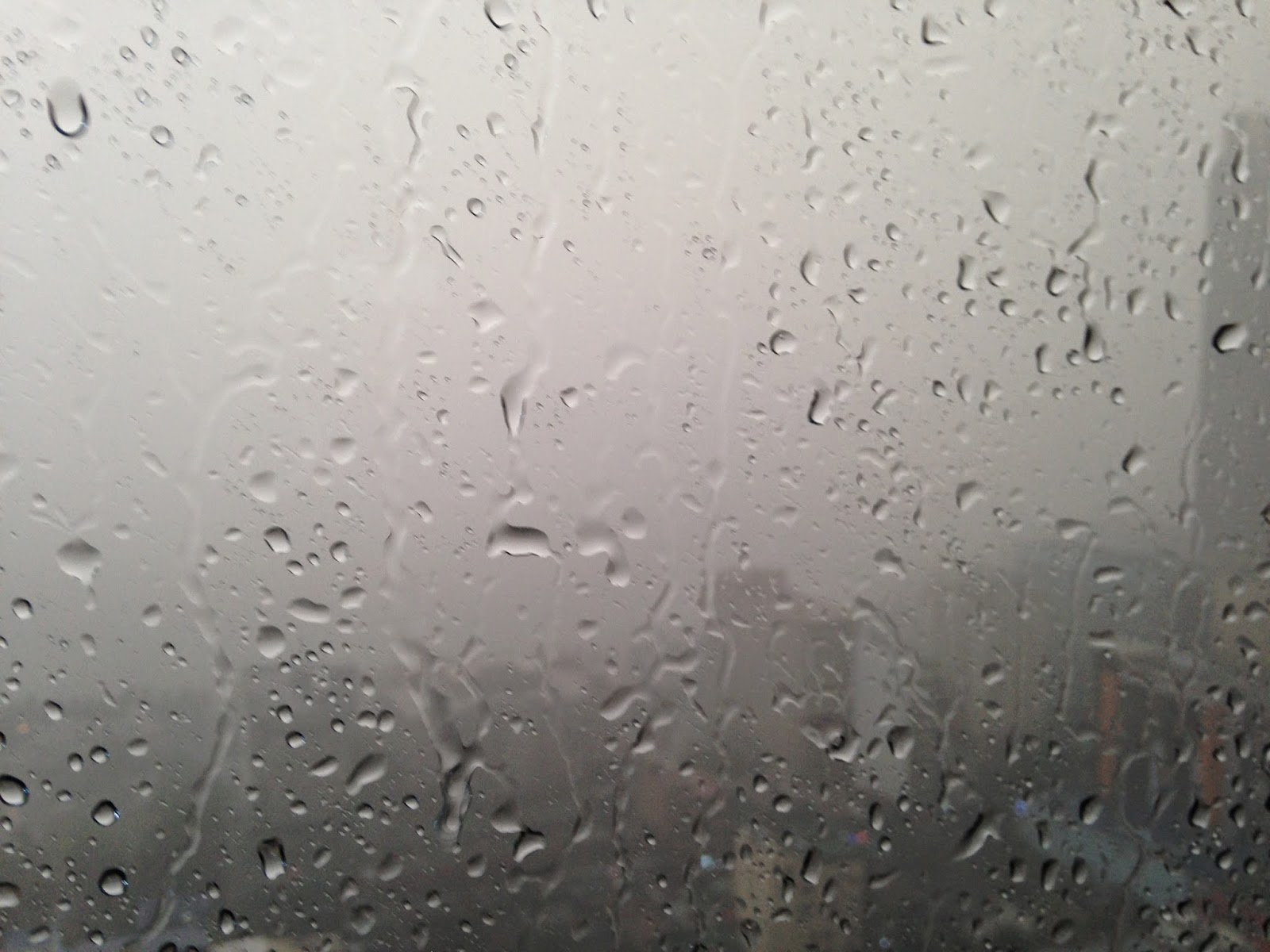 As if an itty-bitty typhoon were passing through.

***Because the streets of Manila are so polluted, flood waters are highly infected with various bacteria/viruses/parasites that can cause severe illness by mere contact.  As such, wading through the water is quite literally ill-advised.  Unless one has knee-high galoshes, and the water is only ankle-deep.

*****Turns out that my colleagues did eventually manage to get there, soon after I'd left.  Oh well.  I'll take a rain check. 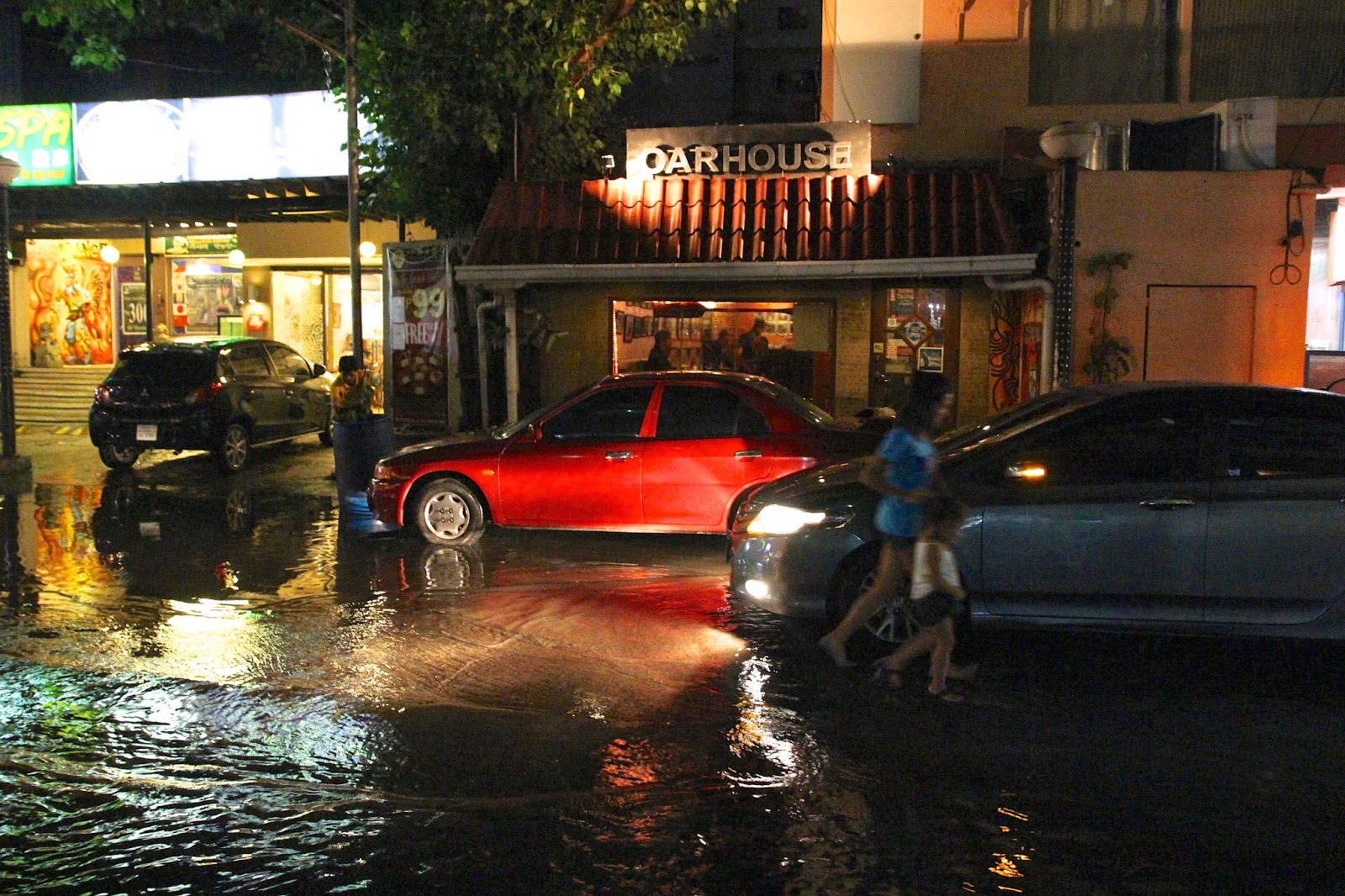 ****Around the shopping mall, and on the way to Oarhouse, the waters were only ankle-deep.  And I had knee-high galoshes. 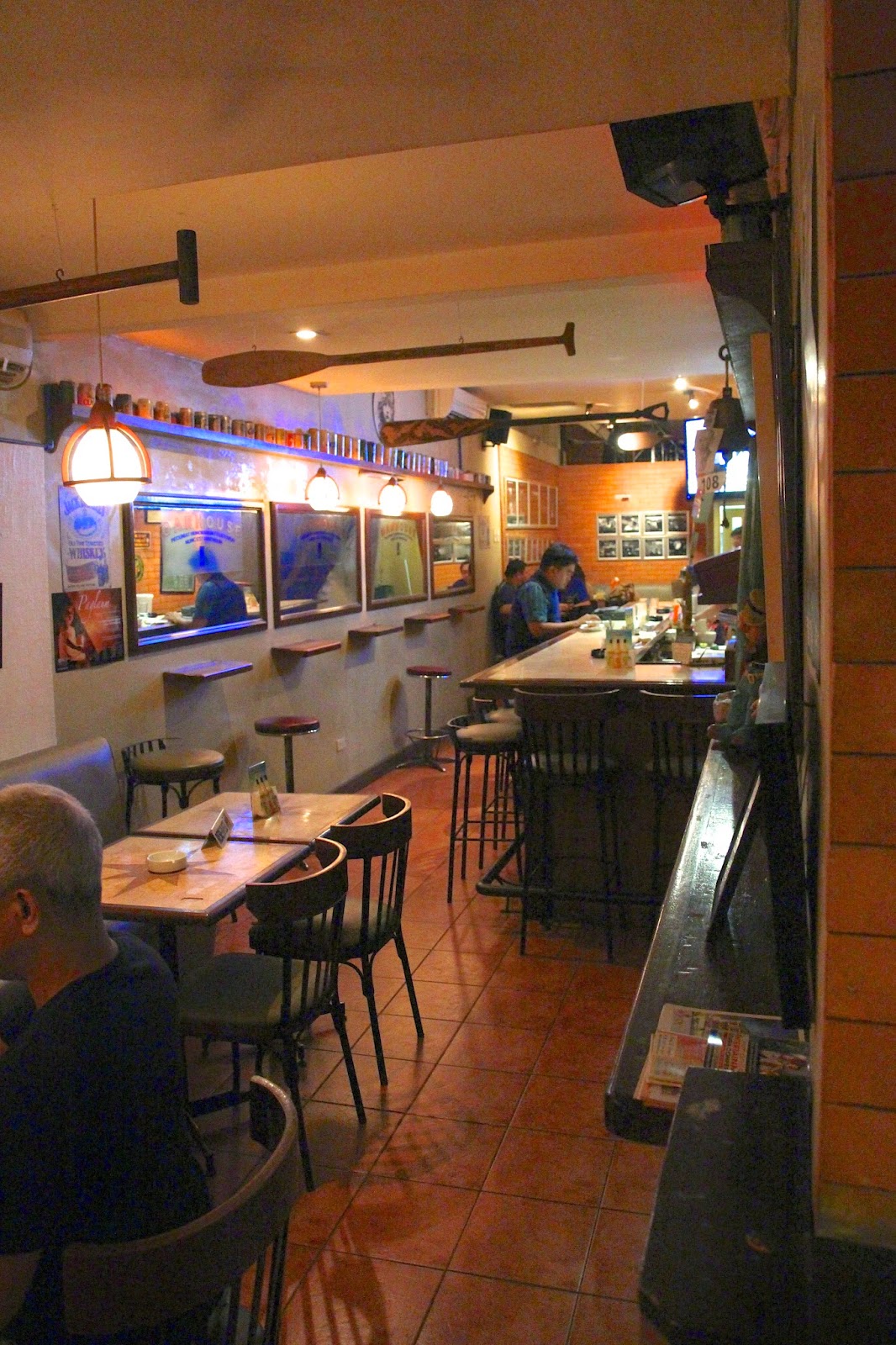 Fortunately, perhaps because of the rain, the place was nearly empty of customers, which meant that the smoking was down to a minimum.

**Oarhouse is a pub.  Located in Malate, on Bocobo Street, a couple blocks south of Robinsons Place.  The bar serves a small range of beers and hard liquor.  The kitchen serves mostly Filipino dishes, along with a few Western items, all appropriate booze accompaniments.  Popular hangout for WHO staff.

Having been there a couple times, I don't like the place because it's too smoky.  Small, improperly ventilated, lots of smokers.  I'm surprised that WHO staff can stand it. 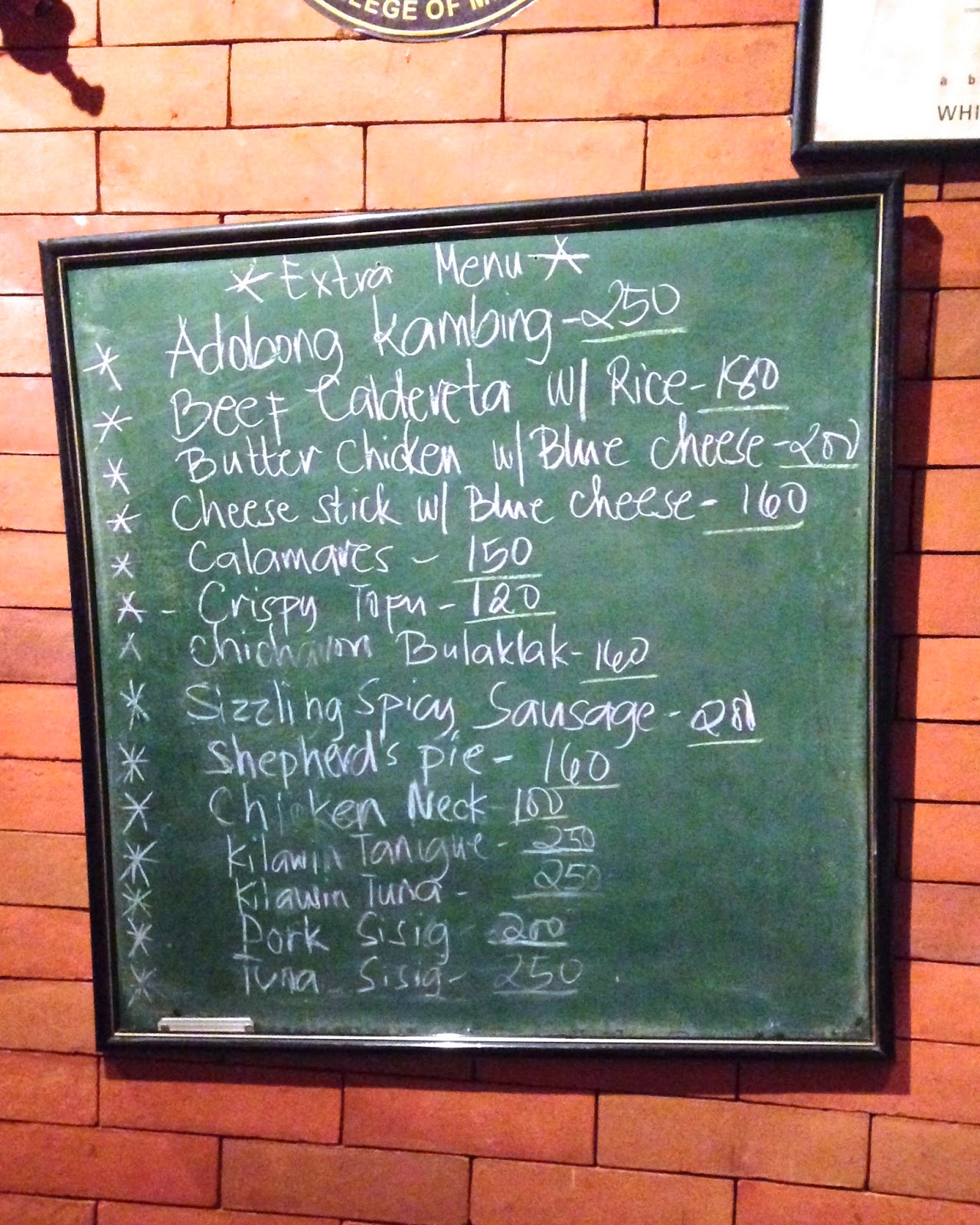 The food was blah.  When I saw adobong kambing at the top of the menu--"kambing = goat"--I had to order it, never having tried goat before.  Due to the extreme flavors of adobong, however, I couldn't taste the meat.   The texture was kinda dry.  Whatever. 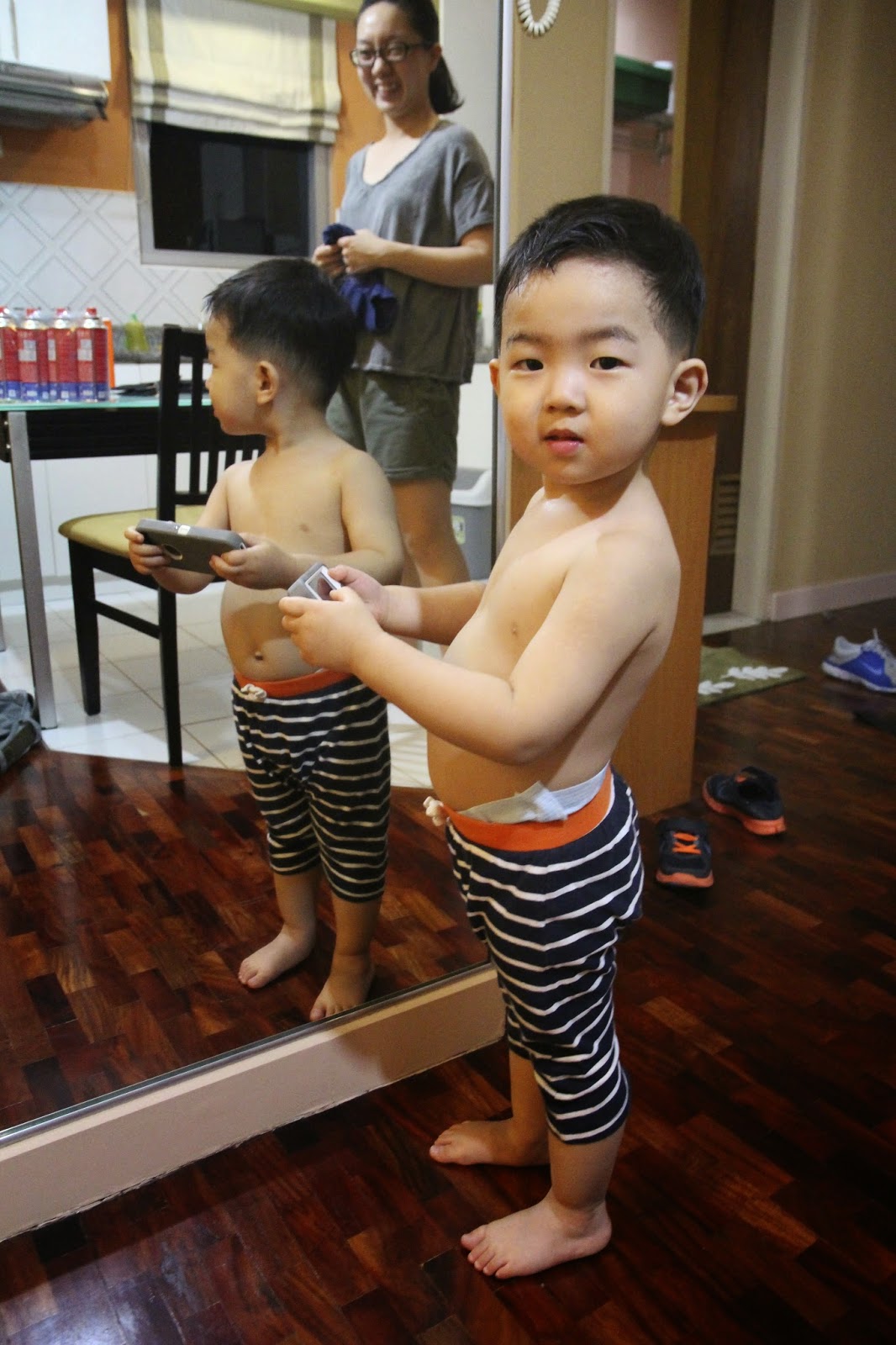 *I'd gone home early to clean up the apartment in preparation of my family's arrival late tonight, their first visit.  They got in safe and sound.  Momo immediately made himself at home. We'll be flying to Cebu tomorrow.