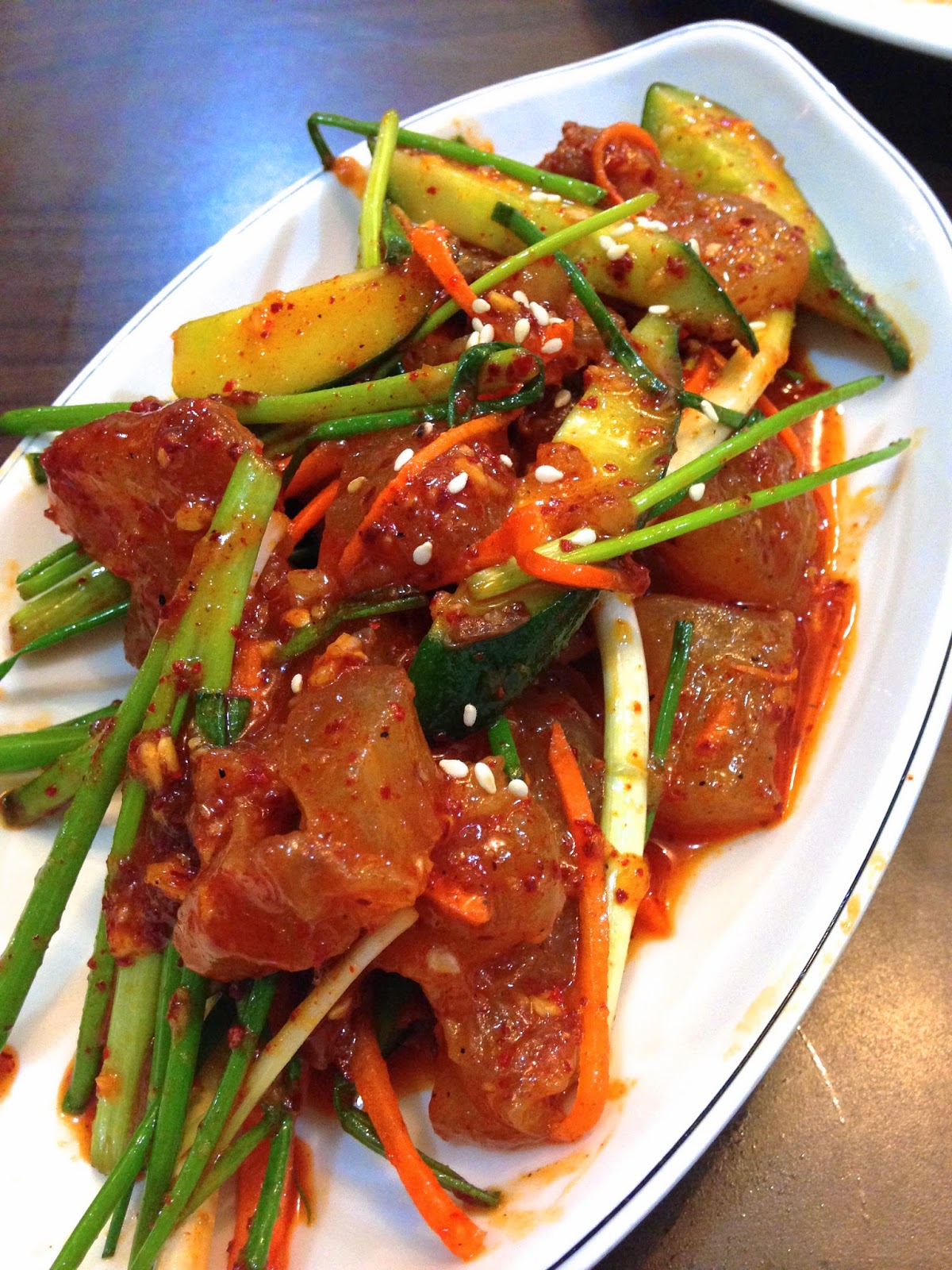 with WHO WPRO Korean staff


Royal is a Korean restaurant.  Located on Bocobo Street, several blocks south of Robinsons Place.  Like most Korean eateries in Manila, the eclectic menu ranges from grilled meats to classic soups/stews, stirfries, pancakes, etc.  But unlike the rest, it also offers two unusual items that I can't recall ever having seen outside of Korea: heugyeomso (black goat), as either tang (soup) or jeongol (hotpot), and dogani (beef knee ligament), as either suyuk (plain boiled) or muchim (boiled and seasoned).  But for whatever reason, even though it's been around for 7 years, Royal remains one of the least known in the city (among the 12 Koreans present at dinner, 10 of us, including me, had never heard of it until a couple hours prior). 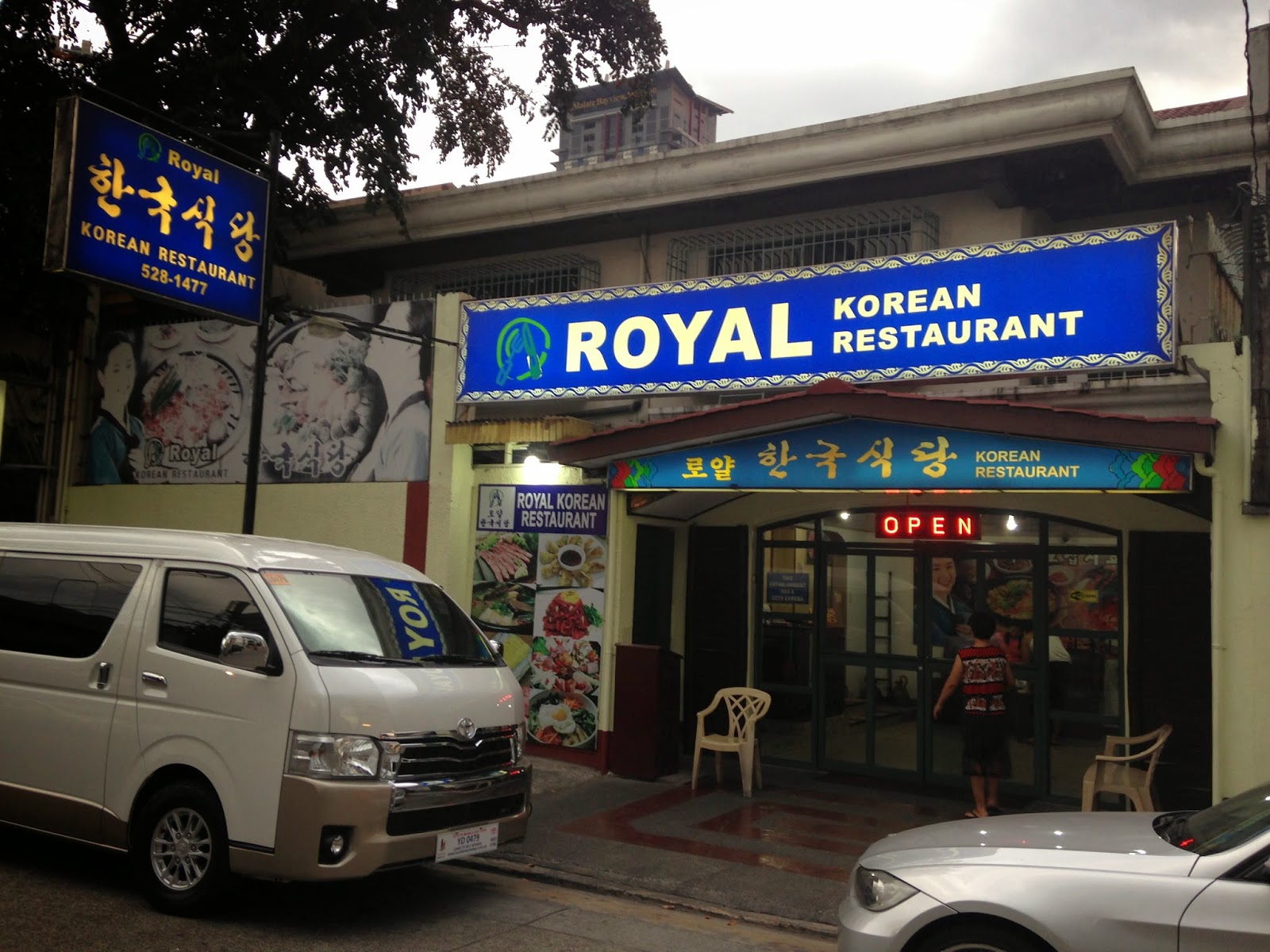 ...nor the inside looked particularly royal.

The occasion was an informal welcome dinner for me, hosted and attended by the Korean staff members of WHO, to celebrate my joining the Organization as a technical officer.

Previously, in January, they'd extended the same courtesy when I came on board as a short term consultant (see generally 5.005 Ki for Ki).

At the behest of the boss, our Regional Director, Royal was the chosen venue, much to my initial chagrin. 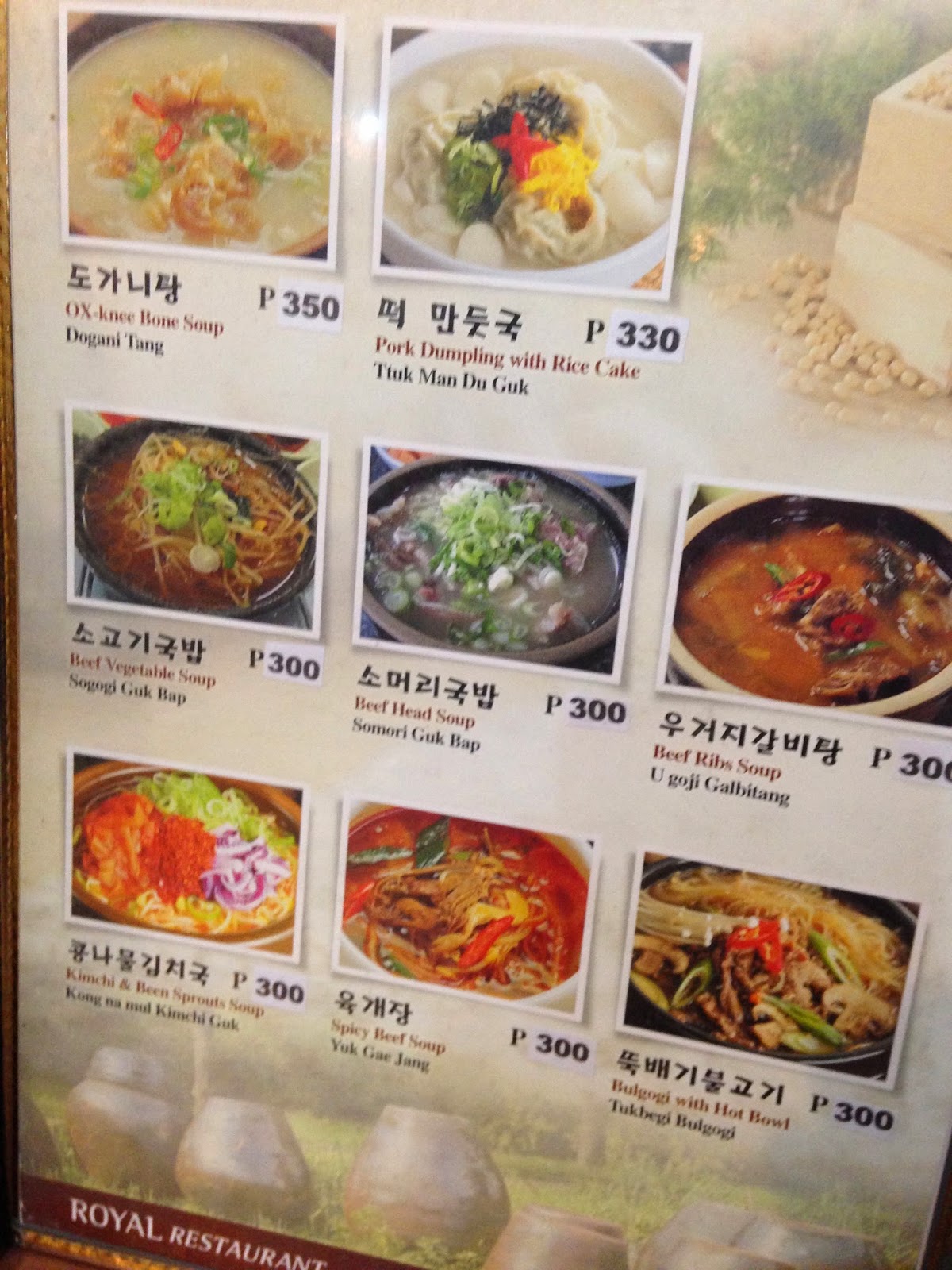 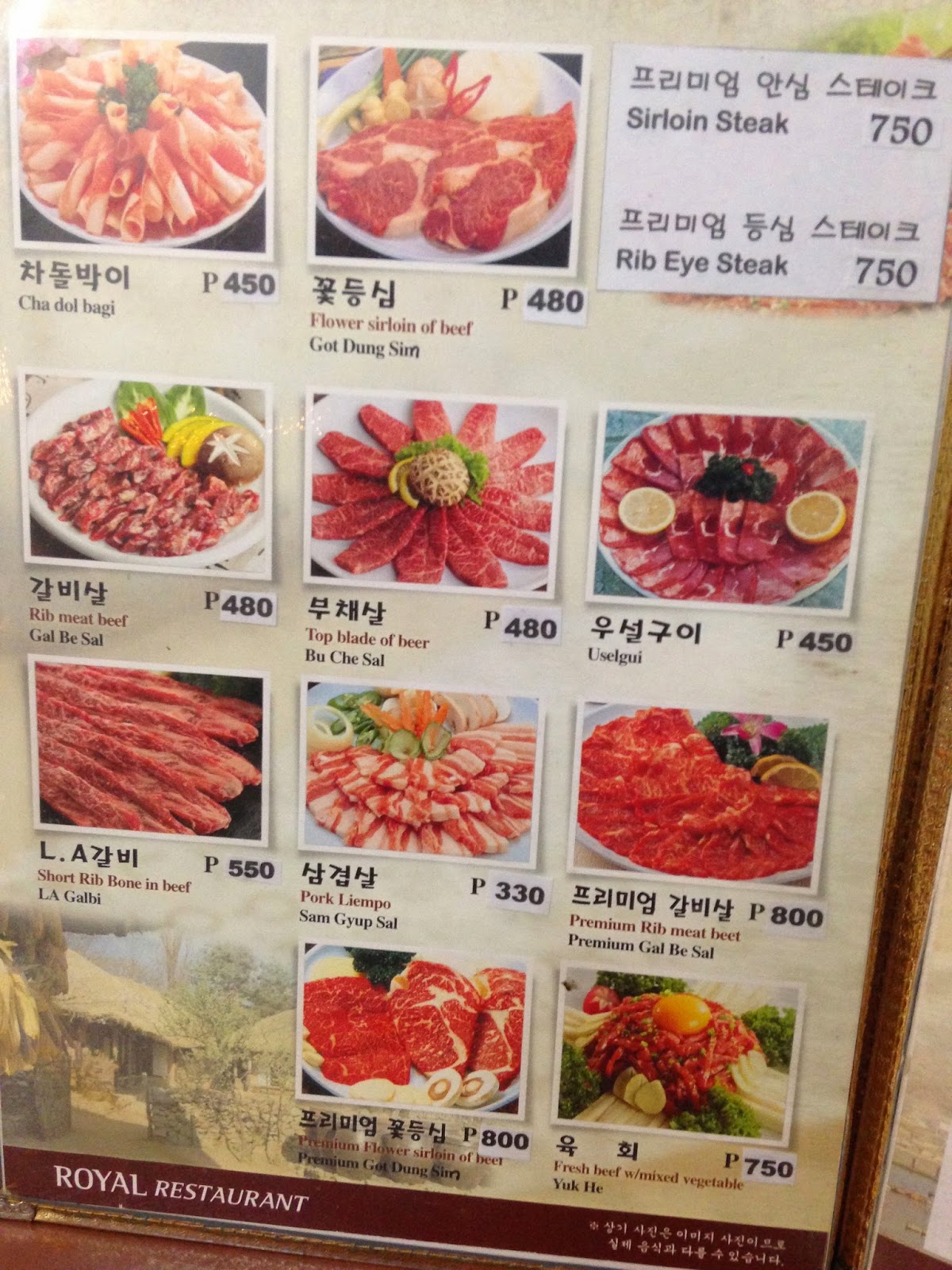 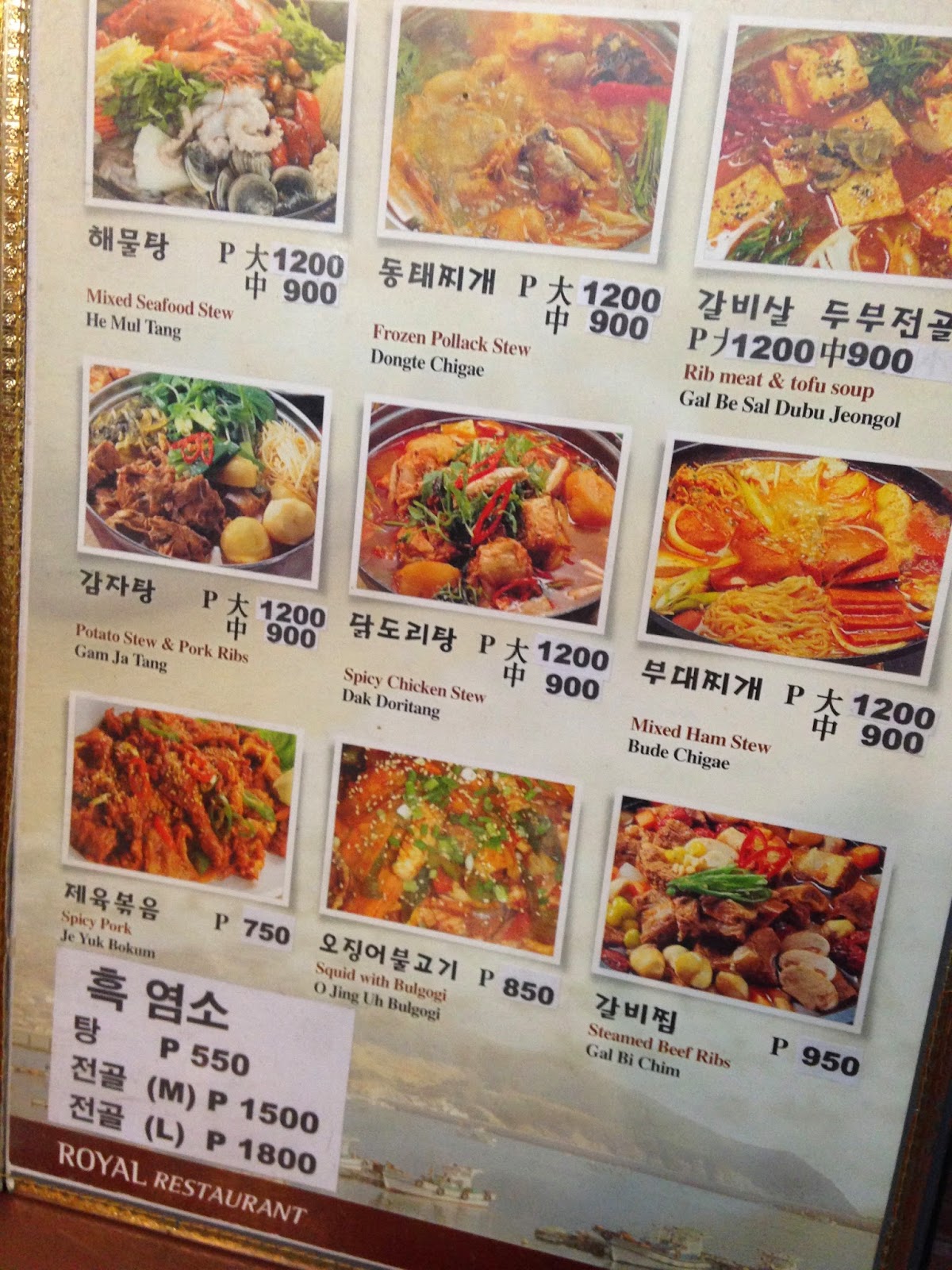 The black goat is included on the bottom left corner of the menu; I'd taken these photos before the meal, before knowing that we'd be ordering dogani, so I didn't get a shot of that particular page of the menu.

Surprisingly, even though the look of the place hadn't engendered much confidence, the food overall was very good.  For me, the highlight of the meal was the dogani muchim.  Generally, I'm not a fan of dogani because it's kinda mushy in texture and doesn't really taste like anything, particularly when plainly boiled.  But here, it was perfectly cooked to be firm and chewy.  It still didn't taste like anything per se, but the spicy seasonings, as well as the cucumbers and scallions, which also added textural contrast, compensated nicely.  From beginning to end, this was probably the best Korean meal that I've had in Malate thus far, the second best in Manila (see also 5.040 Course Dinner). 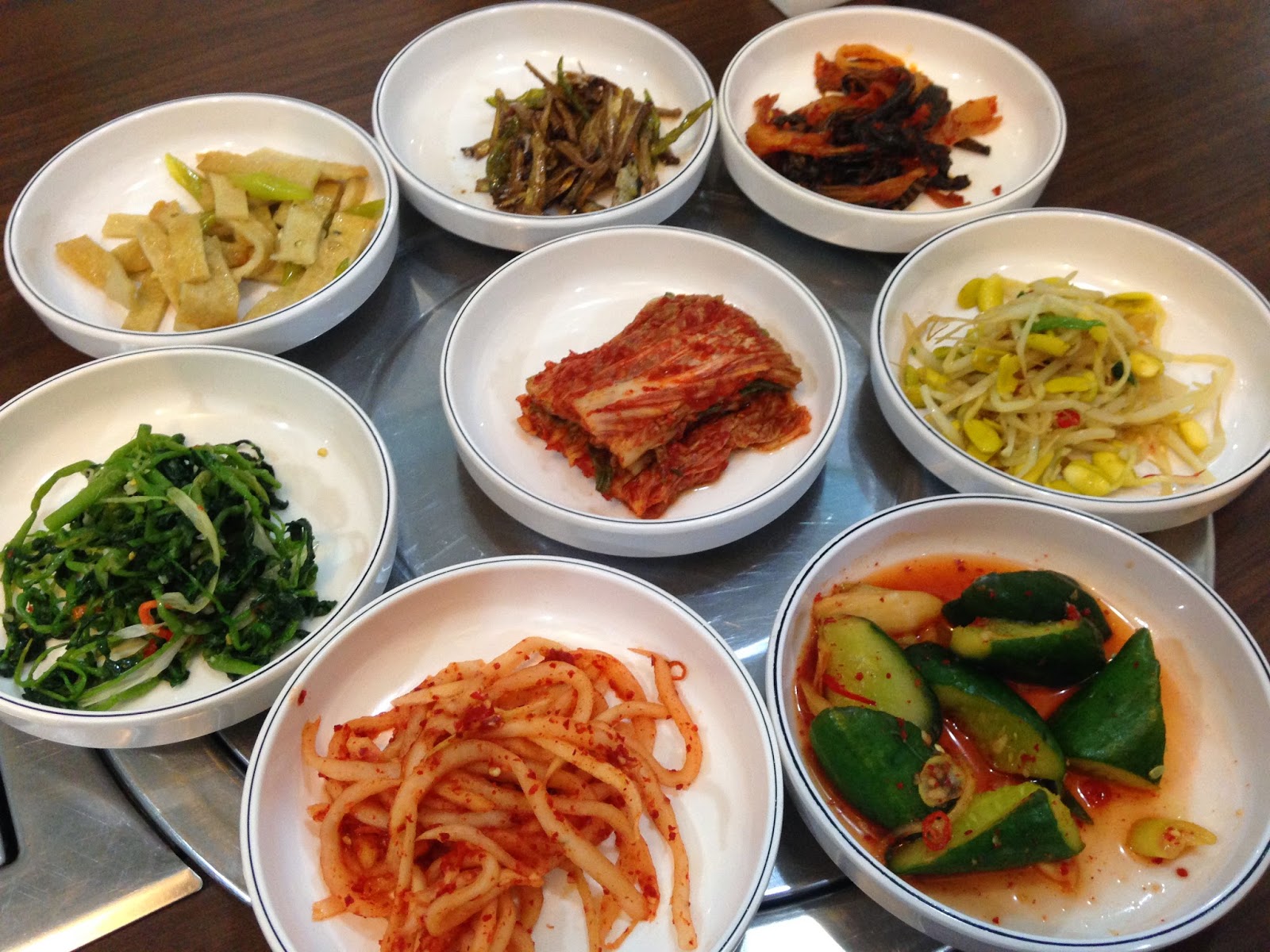 Banchan (2.5)--not especially great, but all respectably authentic. 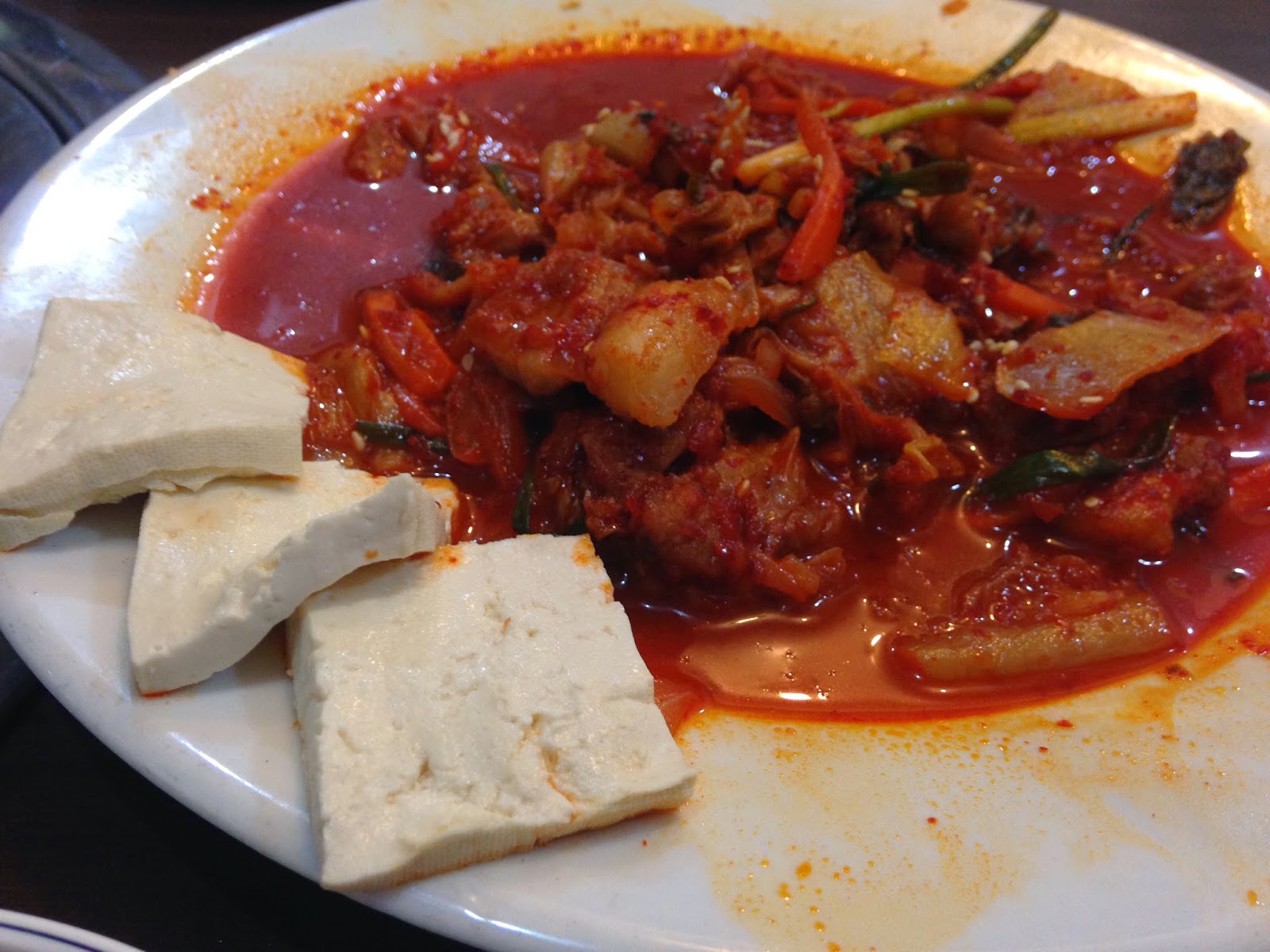 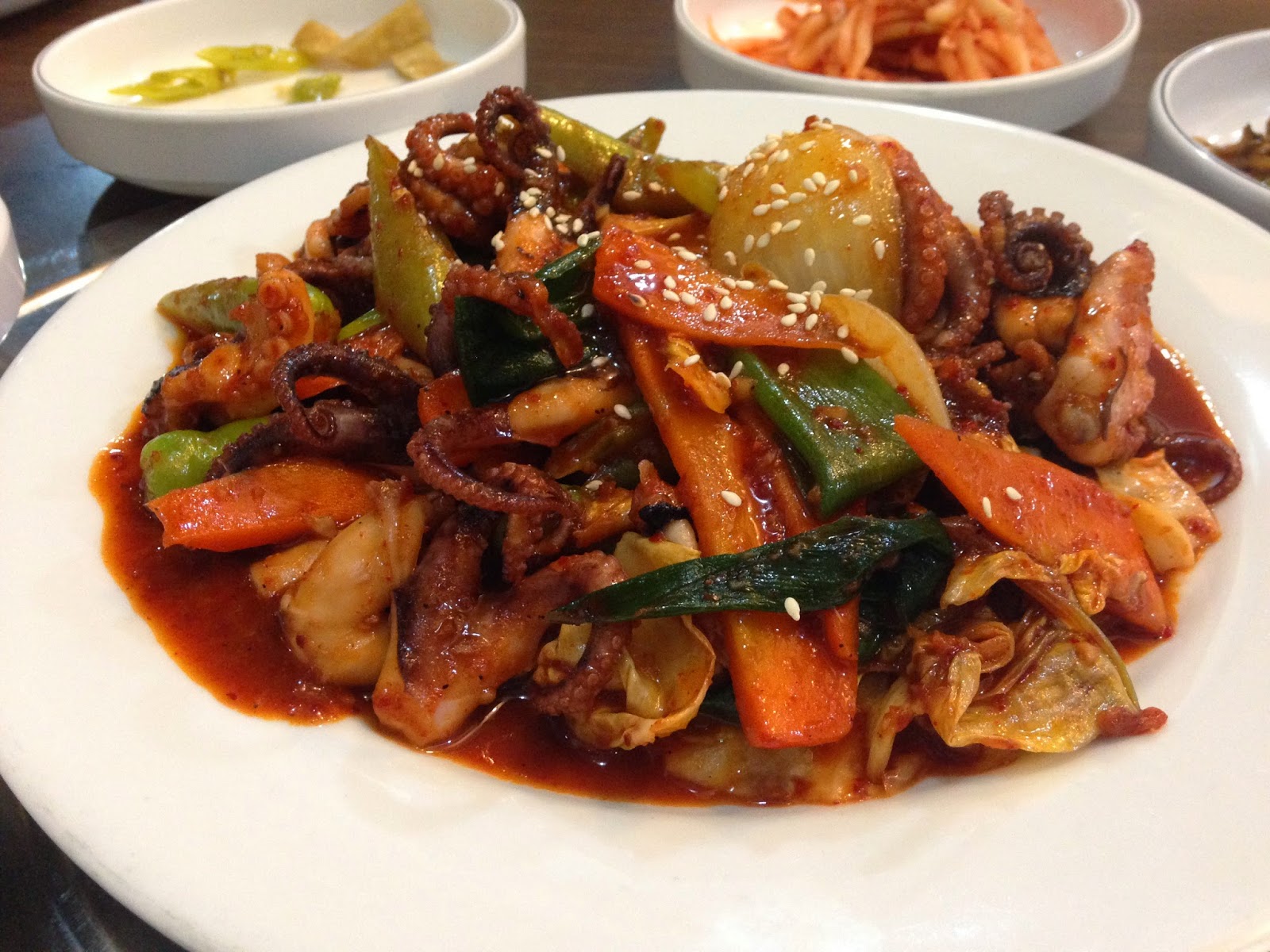 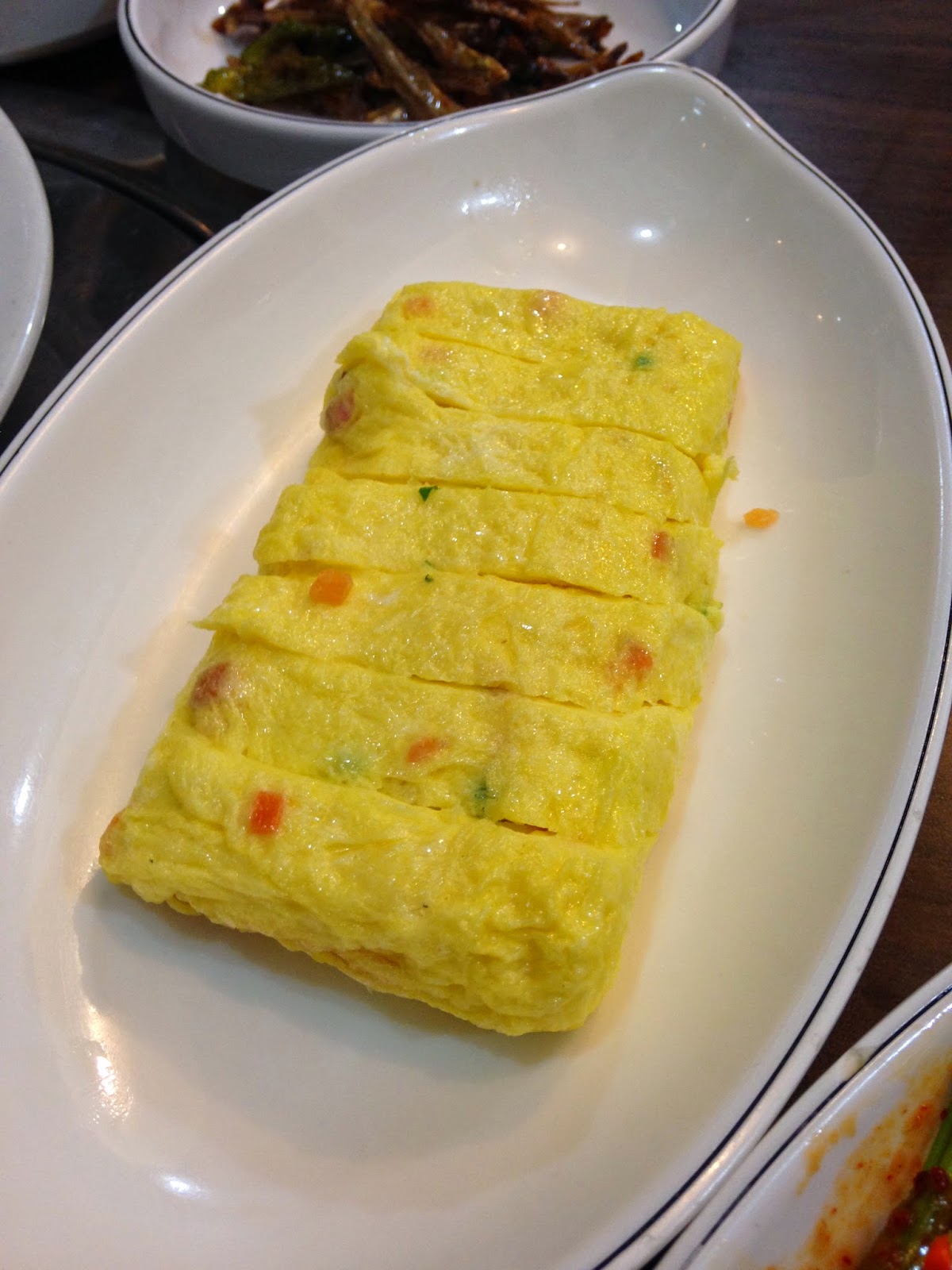 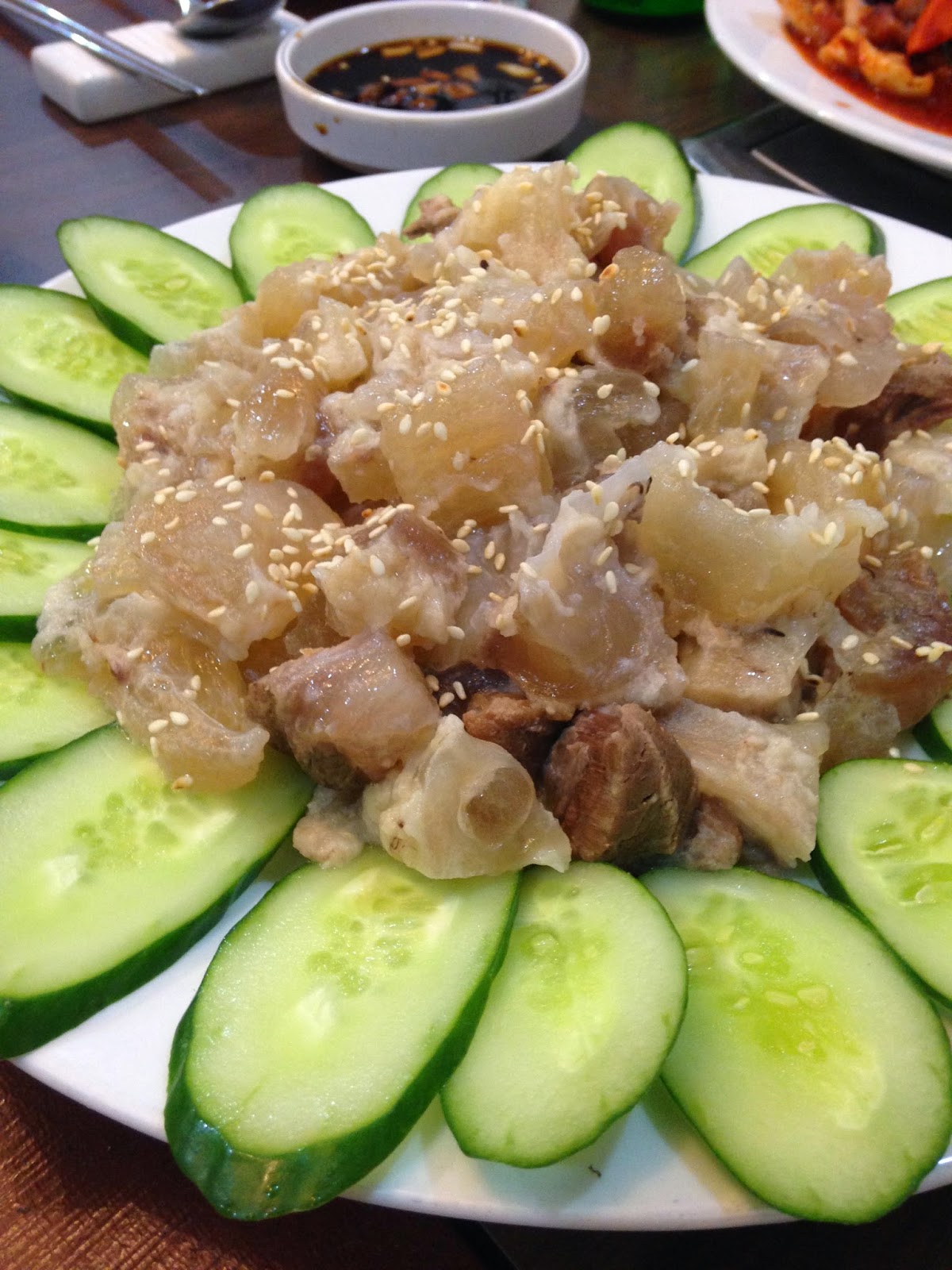 Dogani Suyuk (2.5)--for the reasons stated above, this isn't my kind of thing, but I could appreciate the dish from an objective perspective. 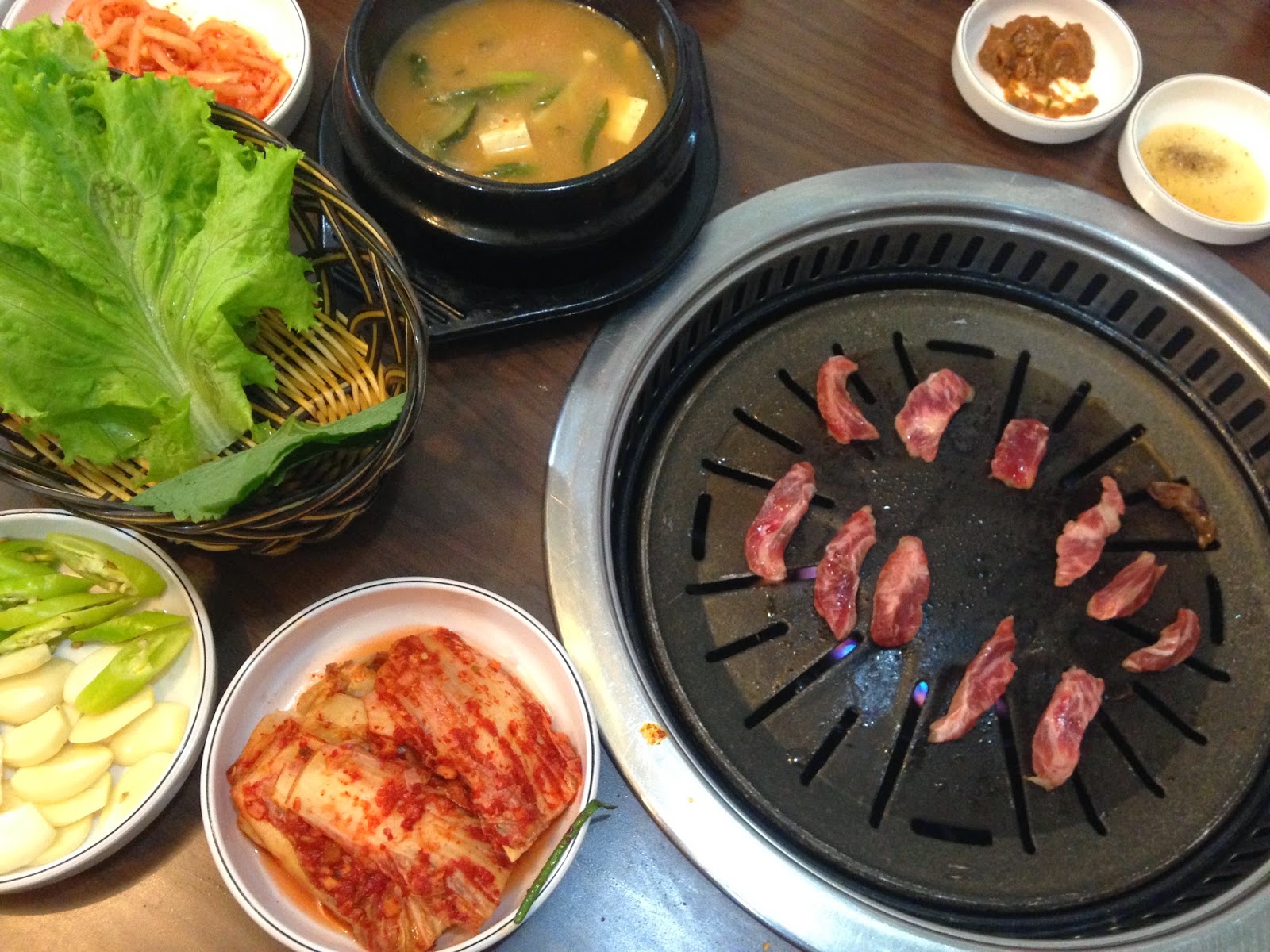 Grlled Galbisal (2.5)--ordered as something of an afterthought, even the grilled beef was pretty good.

In Korean drinking culture, a common practice is the glass exchange.  Typically within the context of drinking soju, it operates as follows: X gives X's empty glass to Y and then pours Y a shot; Y takes the shot, ideally right away; then reverts the glass back to X and pours X a shot in return; ideally, X takes the shot right away--cycle complete.    The idea is both to promote a sense of sharing and to accelerate the drinking tempo, making everyone drunk and facilitating the bonding experience.  It can happen under any circumstance, especially when certain members of the party are into the practice, but the glass exchange becomes virtually mandatory during a celebratory gathering. 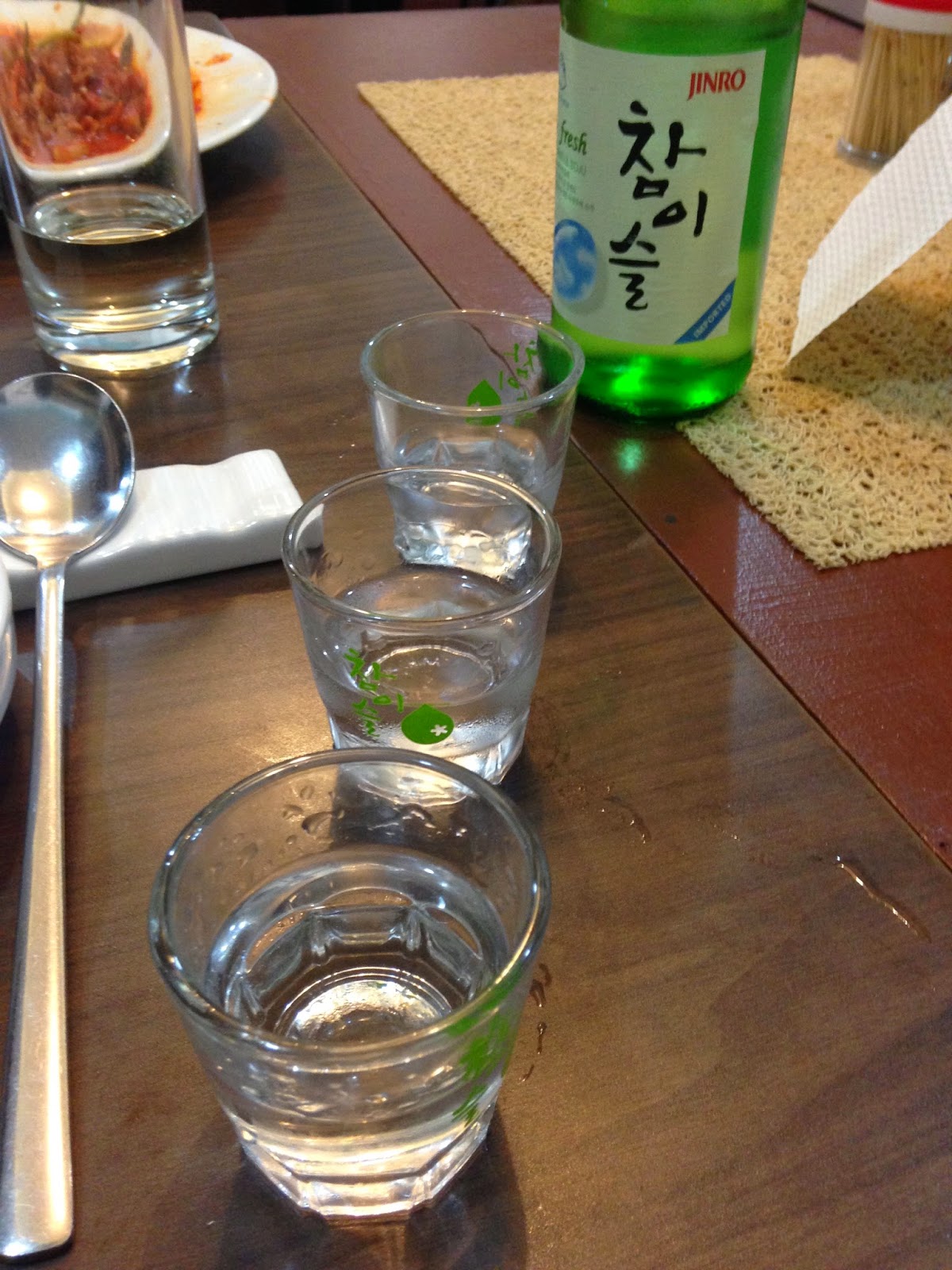 Because the evening was dedicated to me, the shot glasses kept coming my way; after a while, I started dumping them in a separate beer glass.

I don't like the practice for 3 reasons.  First, yes, I tend to drink too much and more than most people anyway, but I prefer to do it at my own pace.  Also, I never ever ever never drink to get drunk, and I actually don't like being drunk, so why push the agenda.  And finally, towards the end, when everyone becomes drunk and sloppy, it gets to be really disgusting, bits of food on the glass and in the backwash within the glass.  When I ascend to the throne of the Korea, I will outlaw this practice.