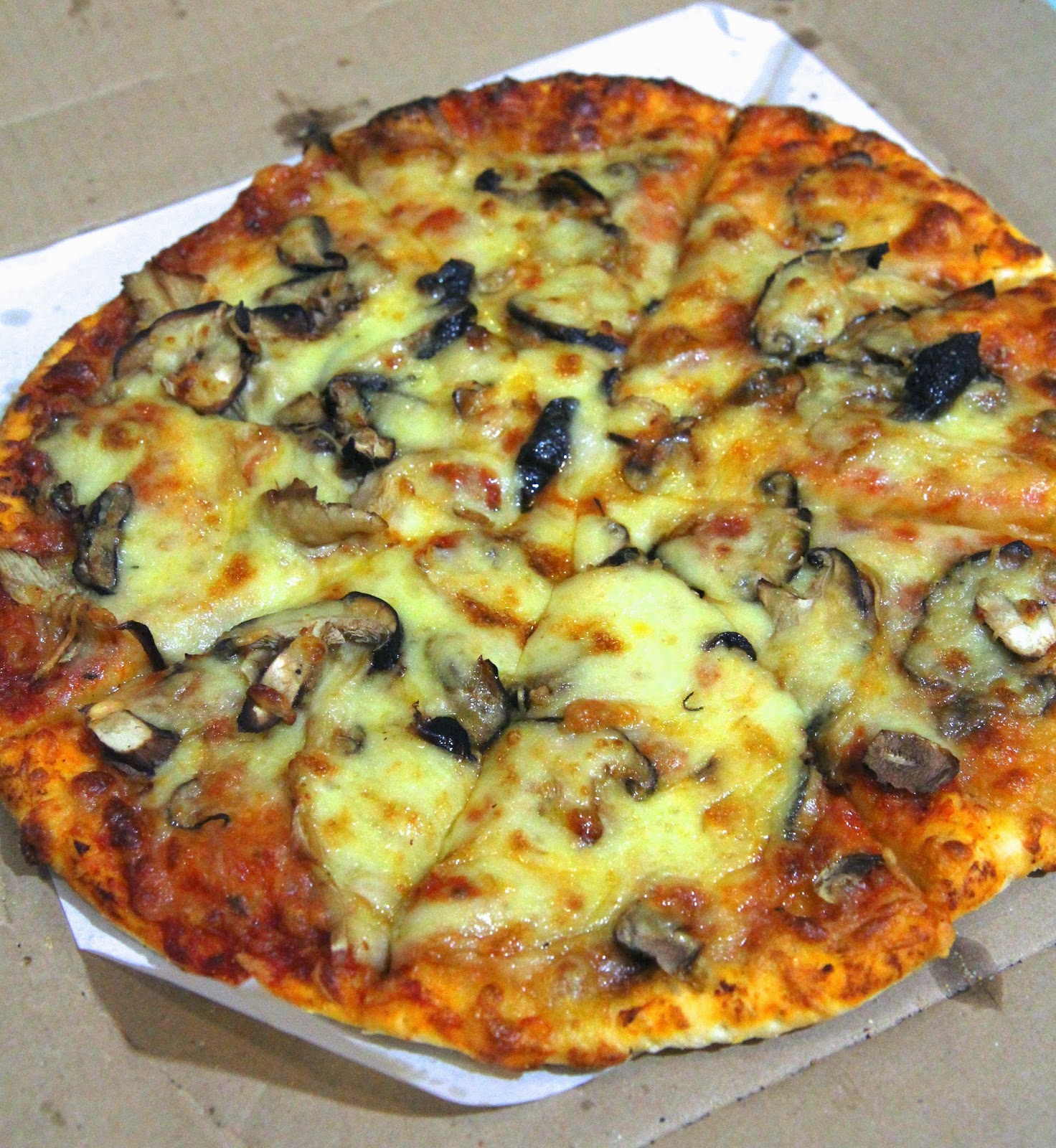 In Manila since January, here through October under the current contract, living above Robinsons Place, I've been eating my way through the mall.  As far as I know, nobody has ever done anything like this, my unique contribution to the city's food/blog scene.  I did all the restaurants on the 1st floor (currently 36, down from the initial 40) and the 2nd floor (currently 7, down from the initial 14).  Now, I'm on to the restaurants on the 3rd floor (currently 28, 2 of which were already covered during Phase 1).  Then, once Phase 3 is complete, time permitting, the 4th floor.  Henceforth, however, I'll take them as they come, no more pushing the agenda; if I don't finish, oh well. 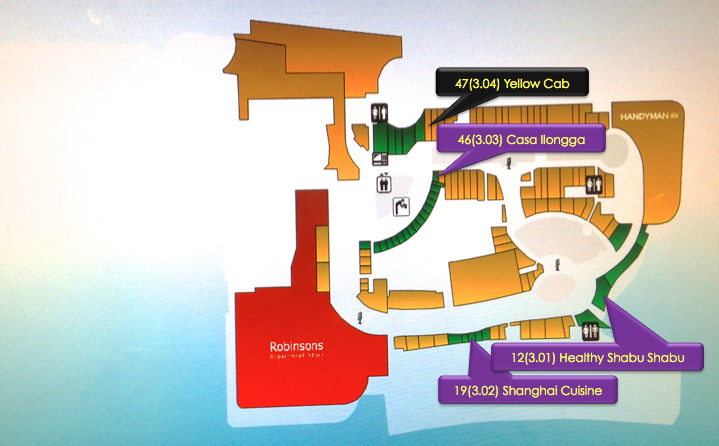 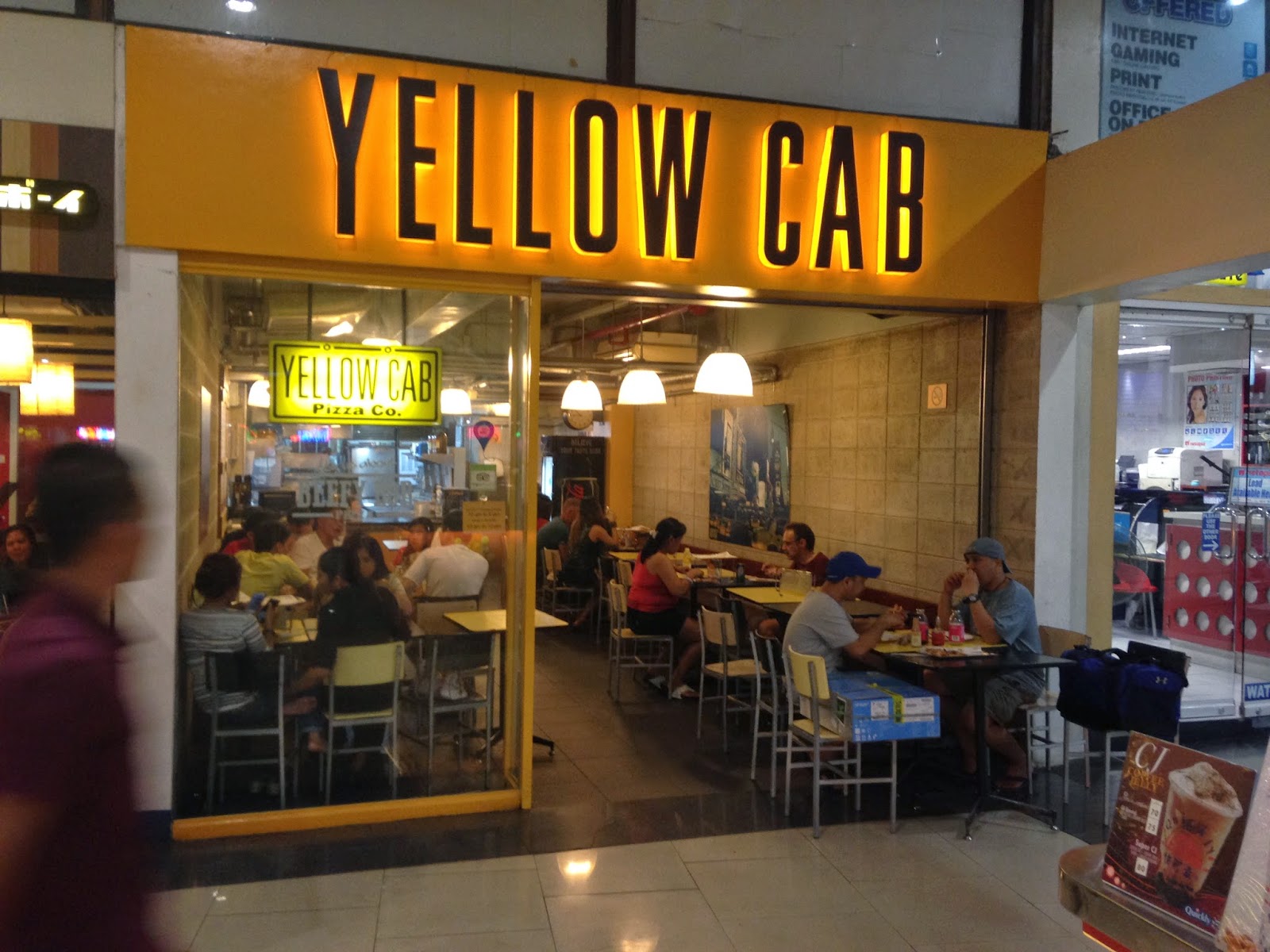 As mentioned in a prior post, I'd been looking forward to trying Yellow Cab again to test the theory on electrolyte imbalance impacting the perception of saltiness (see generally 5.093 Anchovy Lovers Pizza).

Ironically, after buying the pizza to go and taking it to the door of my apartment, I realized that I'd left my keys at work, so I went down and left the pizza at the reception desk and powerwalked to work and got my keys and came back and retrieved the pizza and took it back upstairs and opened the door with the keys and went inside and put the pizza on the table, at which point I was drenched in sweat and totally dehydrated. 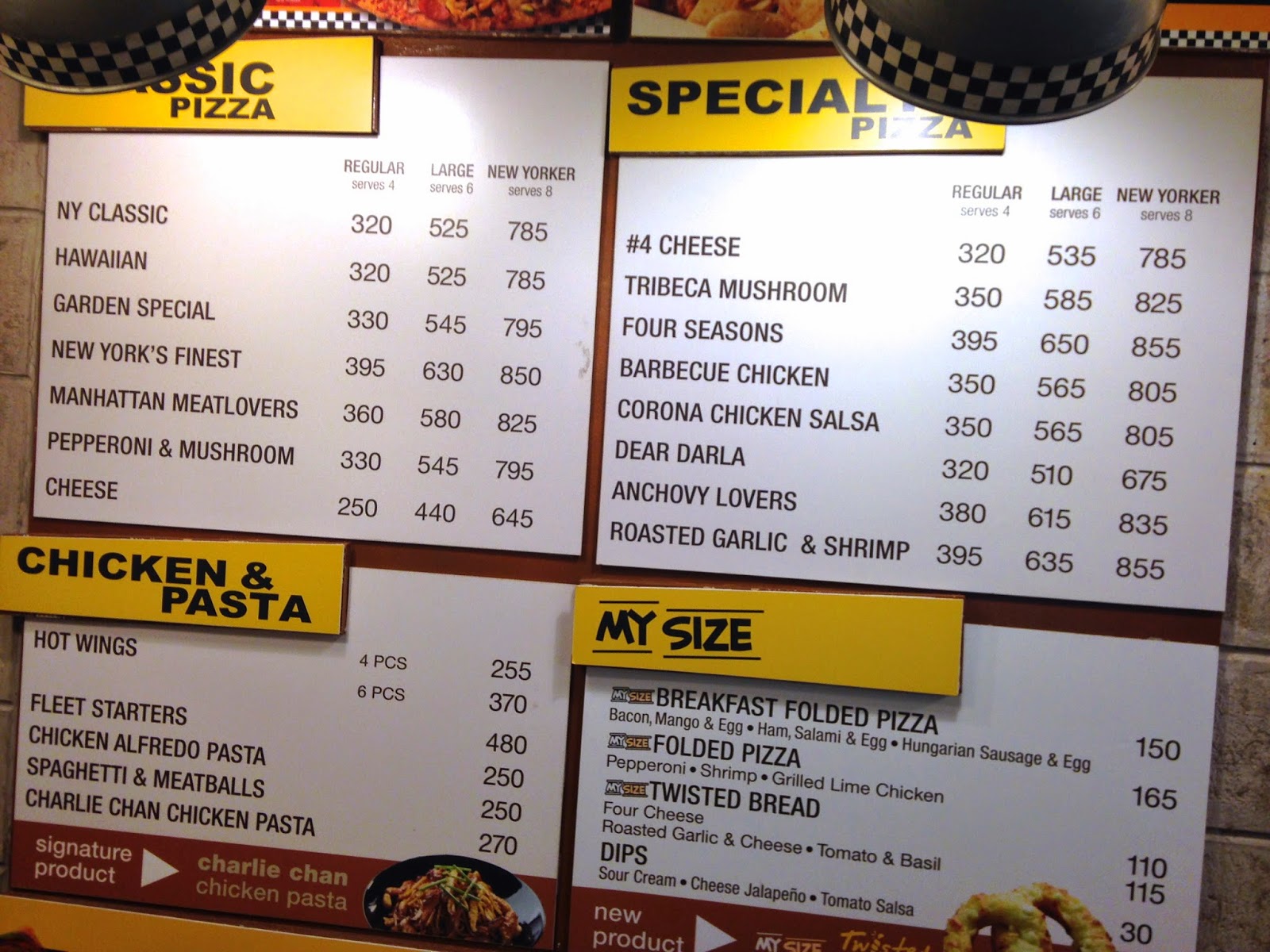 Fortunately, I'd recently purchased a bottle of LIGHTWATER--"electrolyte enhanced water."  Doesn't taste like anything, no added flavors.  I chugged the entire bottle and waited for another half an hour to give my system time to absorb the electrolytes. 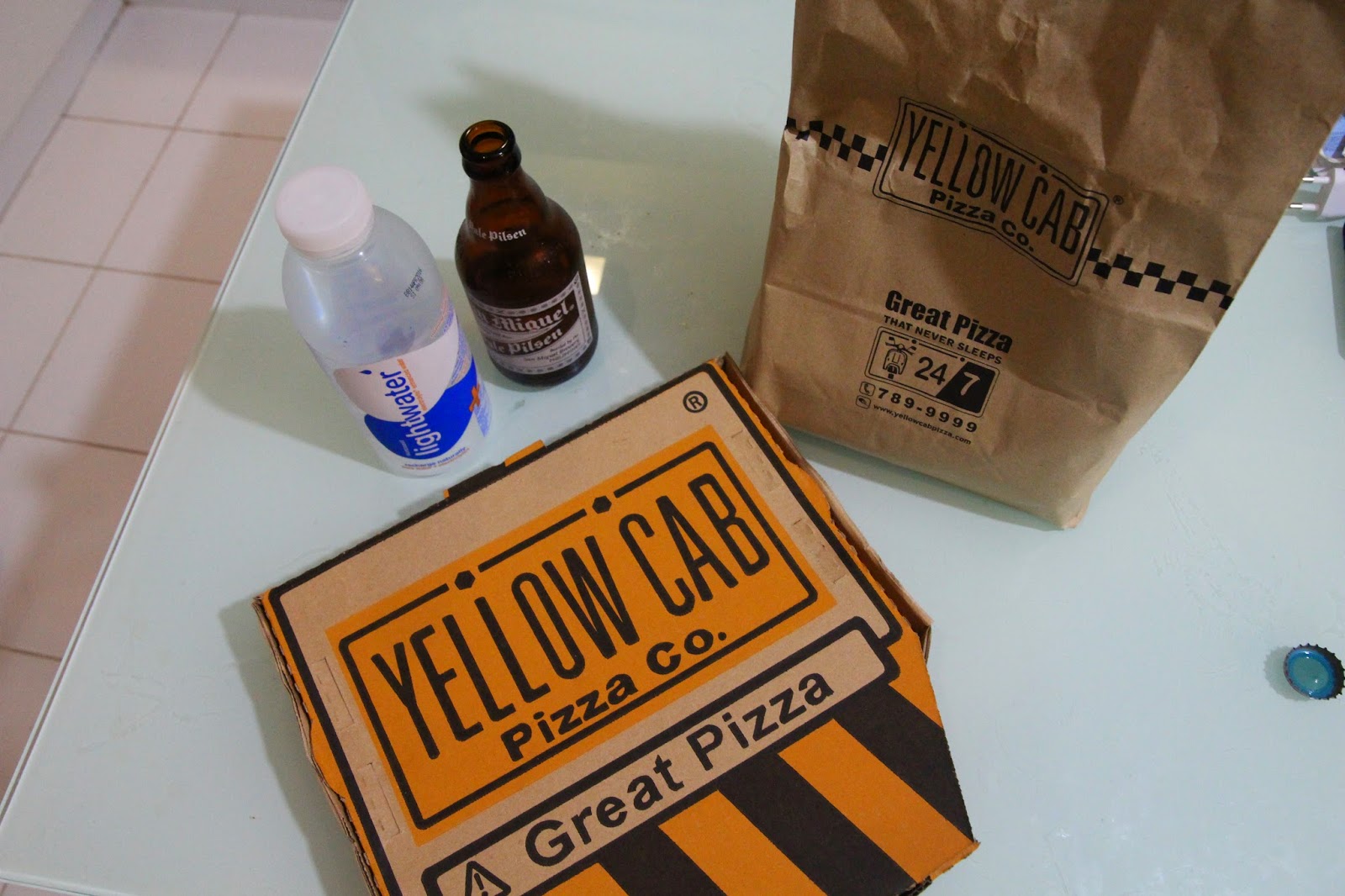 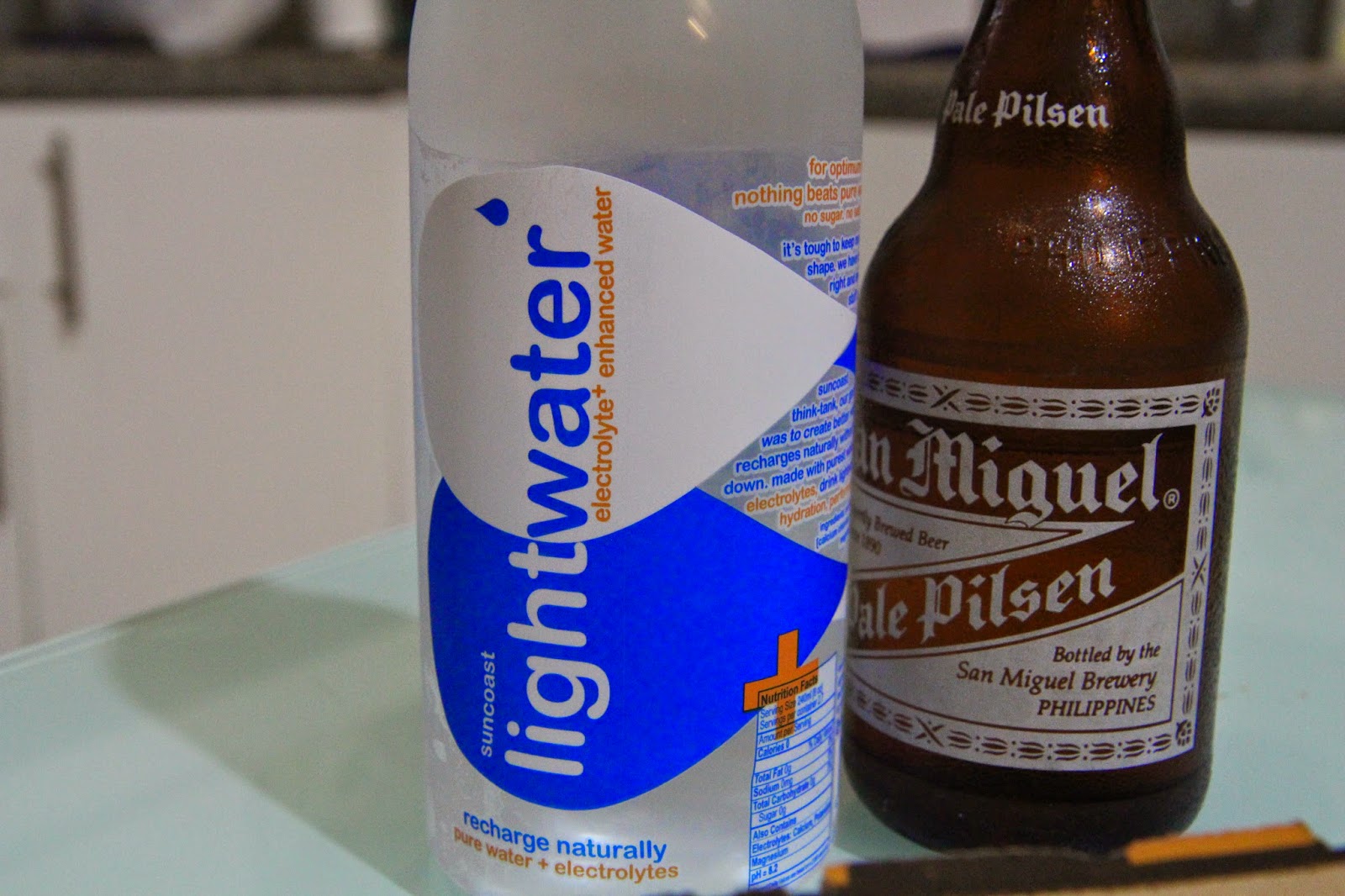 More than the electrolytes, I suspect that my body doesn't function very well when the blood alcohol content drops below a certain level.

Whatever the reason, the pizza was not at all salty this time.

In fact, it was pretty good.  From the very first bite, the mushroom flavor* was explosive.  Suspiciously too intense, as if mushroom powder had been added, very likely the case, because I could detect distinct traces of mushroom in the sauce.  Or, less cynically, the types of mushrooms could explain it, a tribeca of button, oyster, and shiitake, which is quite strong.  In any case, the cheese and bread were both fine, as much as I'd expect from a decent American-style pizzeria.

I'd definitely go back for more, though perhaps to try something different.

*Come to think of it, while mushroom has always been one of my favorite toppings, I don't know why, because the pizza never actually tastes like mushroom. 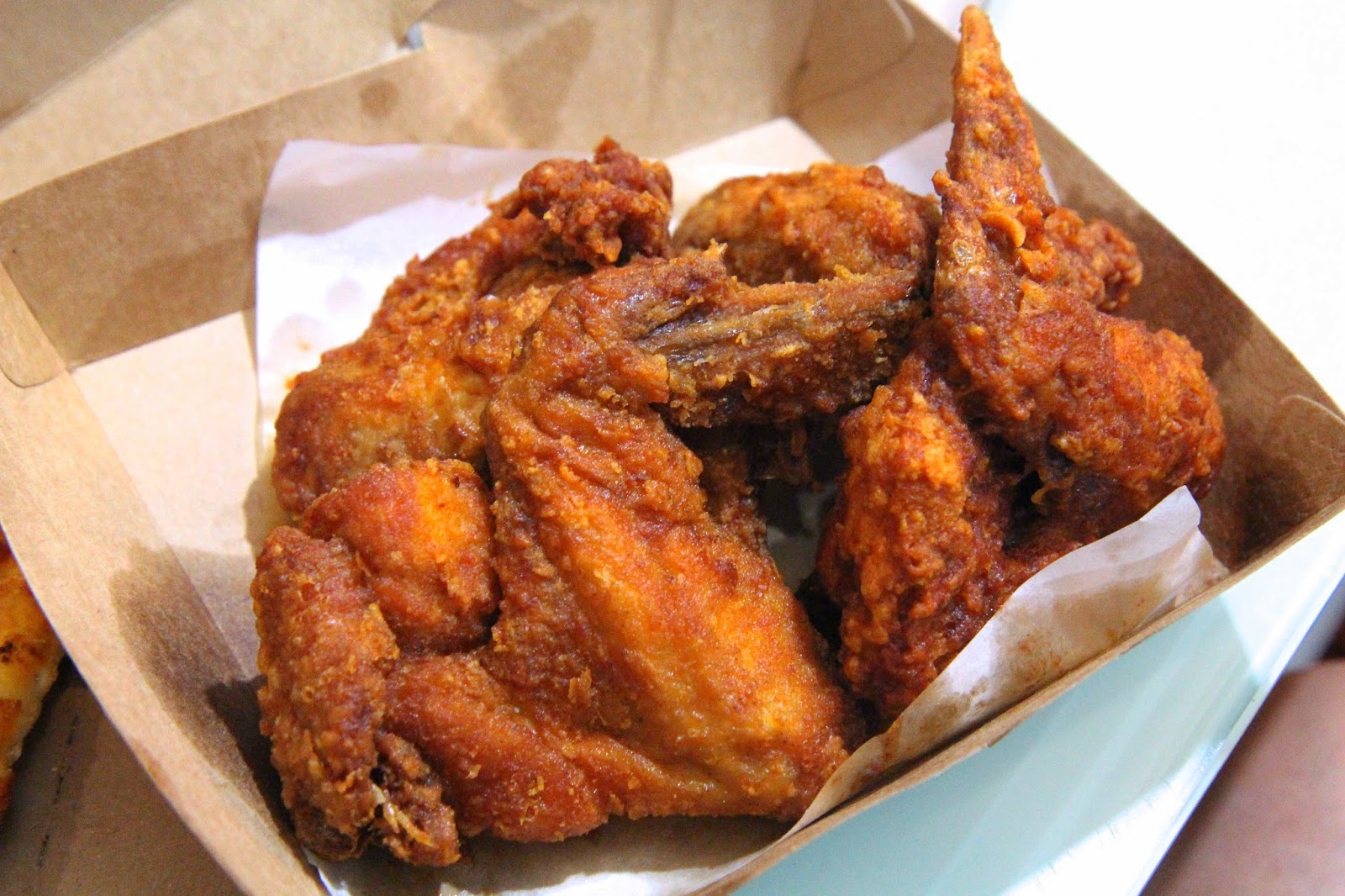