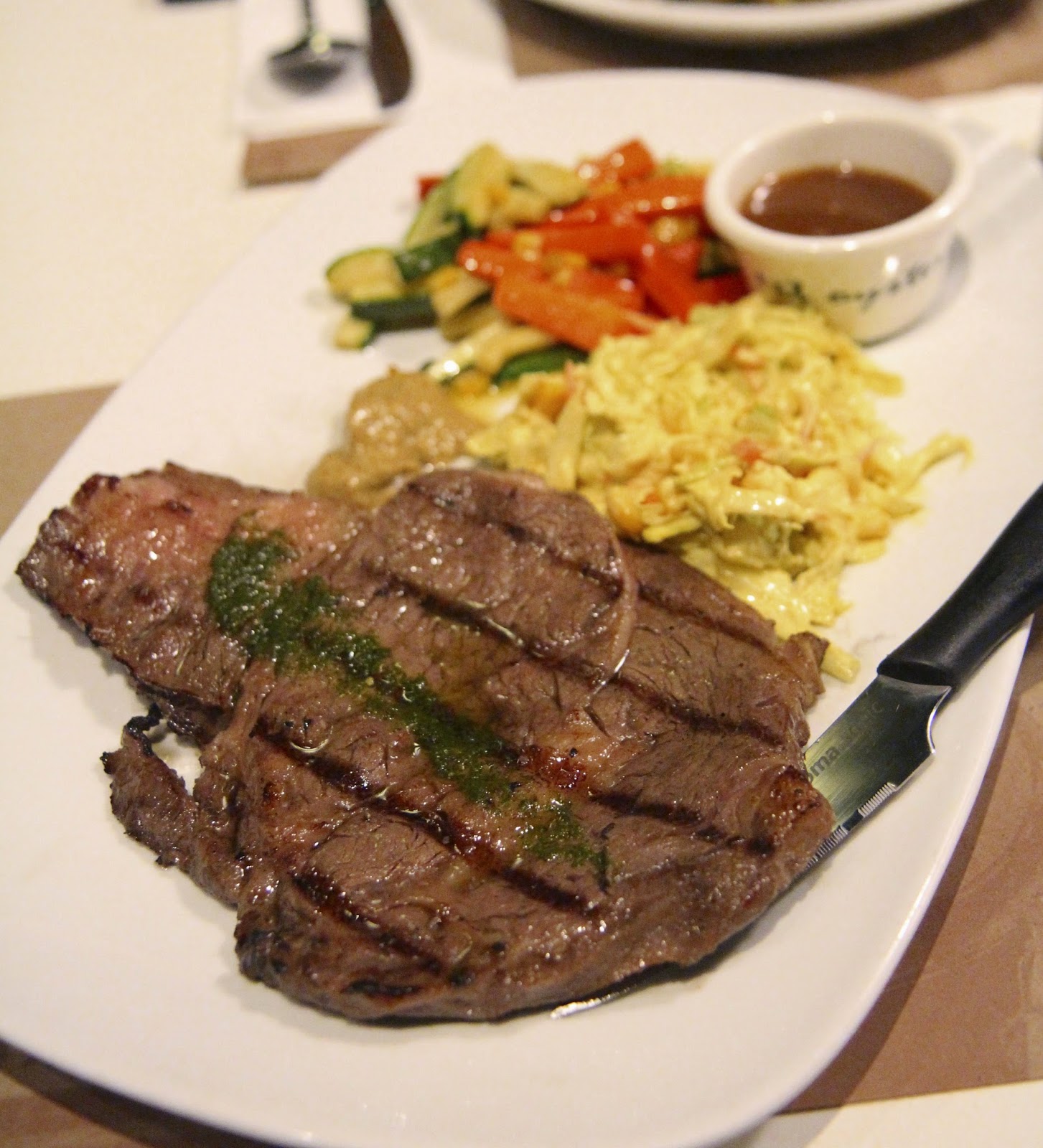 Mr. Rockefeller is an American restaurant.  Specializes in meat dishes, like burgers, ribs, steaks.  While the steaks do come in a variety of cuts and marinades, the sizes are set in size, mostly around 120 grams.

Yesterday, during dinner at the crab shack next door, my uncle and I had both admitted that we'd rather be eating steak instead, so here we were the very next day.  Actually, yesterday, after dinner, we'd moved over to Mr. Rockefeller for drinks and dessert and decided then to return for dinner this evening. 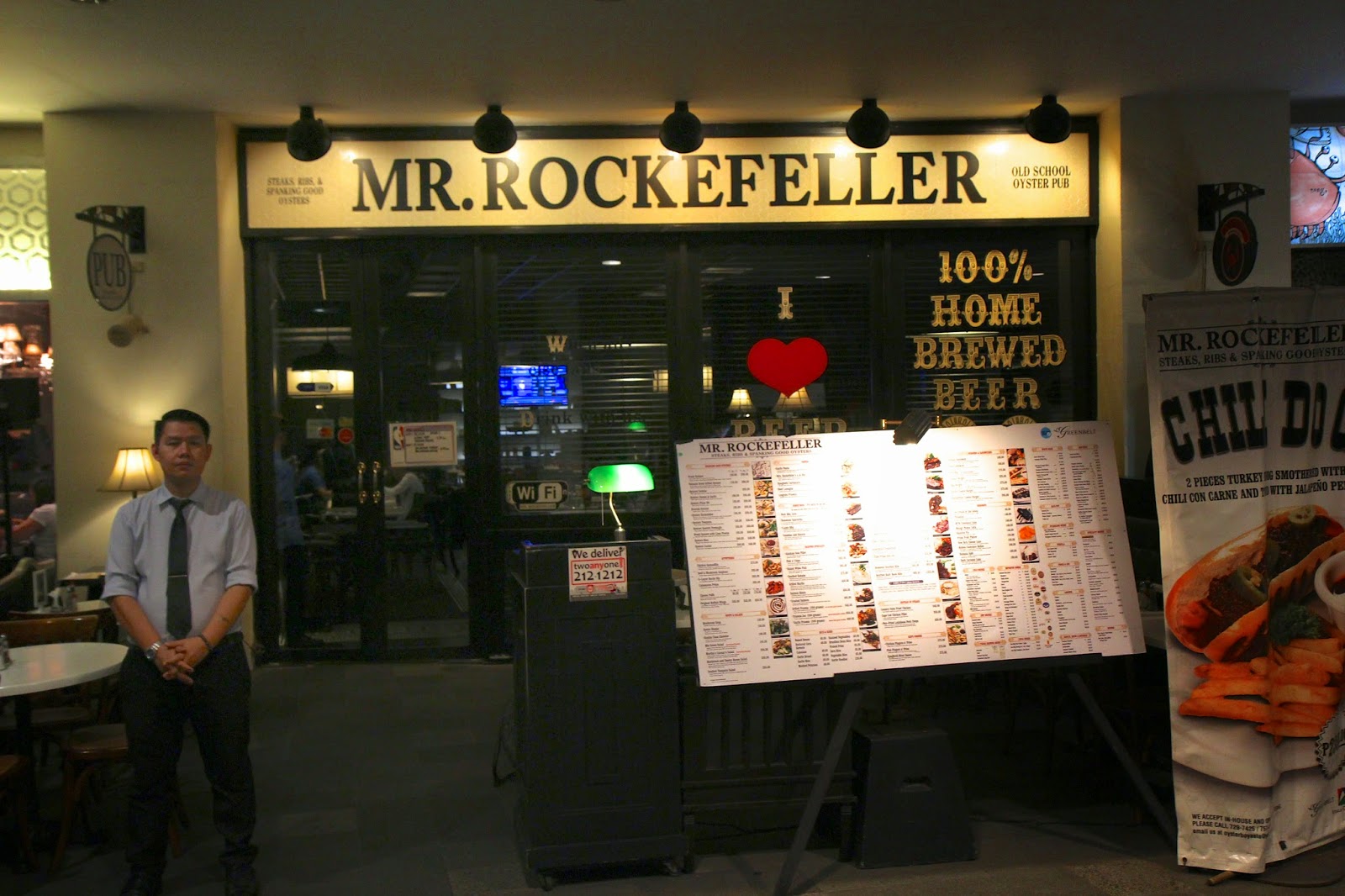 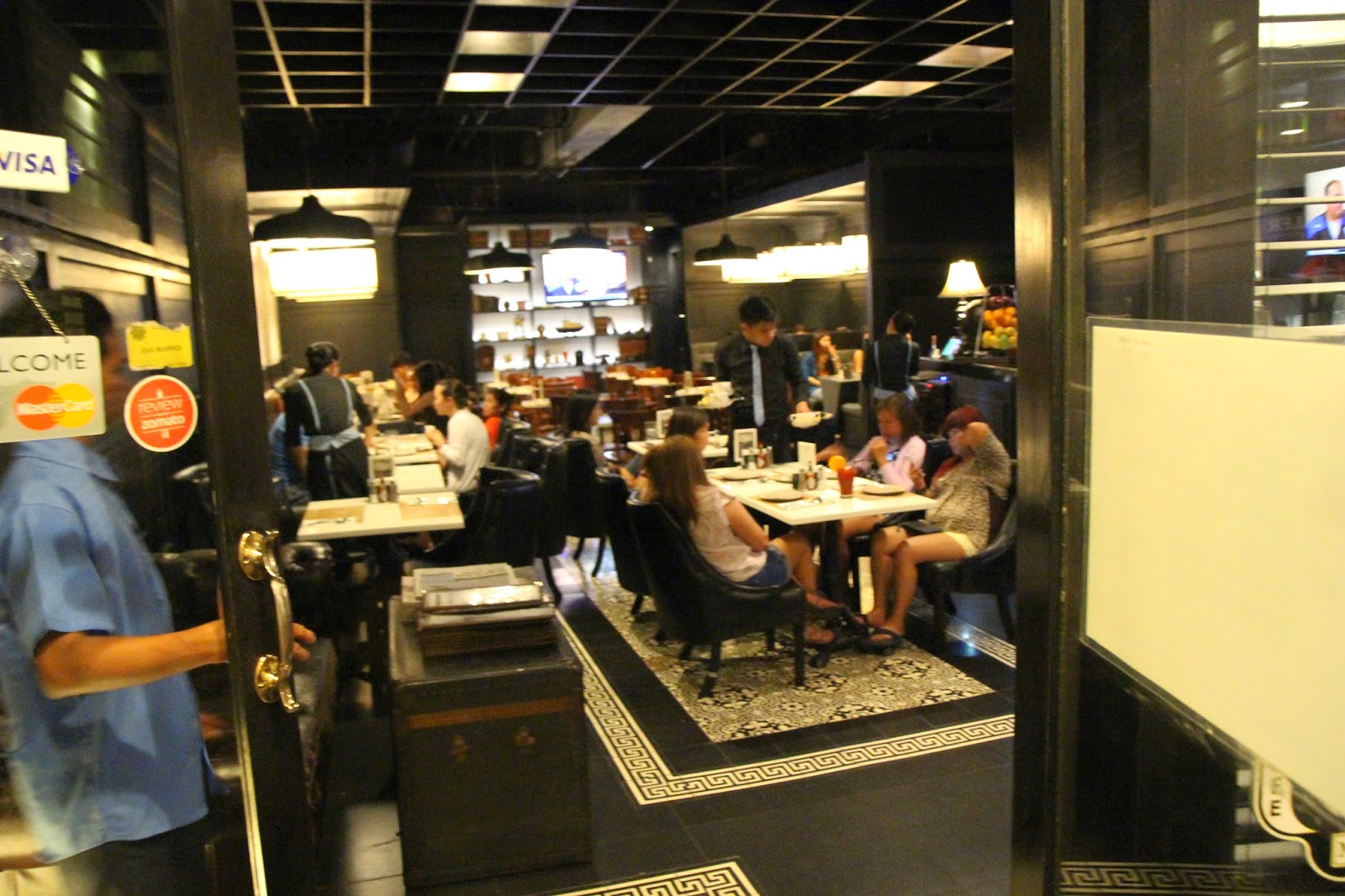 The steak was okay.  Being ribeye, the meat was reasonably fatty and juicy.  However, because it had been grilled--as opposed to pan-seared--there was no outer crust to provide a crispy textural contrast, which is, for me, the whole point of steak (see for example 2.038 Pan-Seared Ribeye Steak...).  Being American beef--USDA Prime, no less--it had a nice clean flavor, which is not a given with beef in the Philippines, but little in the way of rich beefiness, probably due to a lack of aging, and not enough char because it'd only been grilled for a moment to maintain the rare.

By far the most expensive item on the menu at 1,495 pesos for a 120-gram cut, totally not worth it.  The Brazilian ribeye, at 595 pesos for 120 grams, was far superior, cost aside--in fact, it was the most highly recommended by the server; we decided to order the USDA Prime for comparison.

I might go back, but not for the steak.