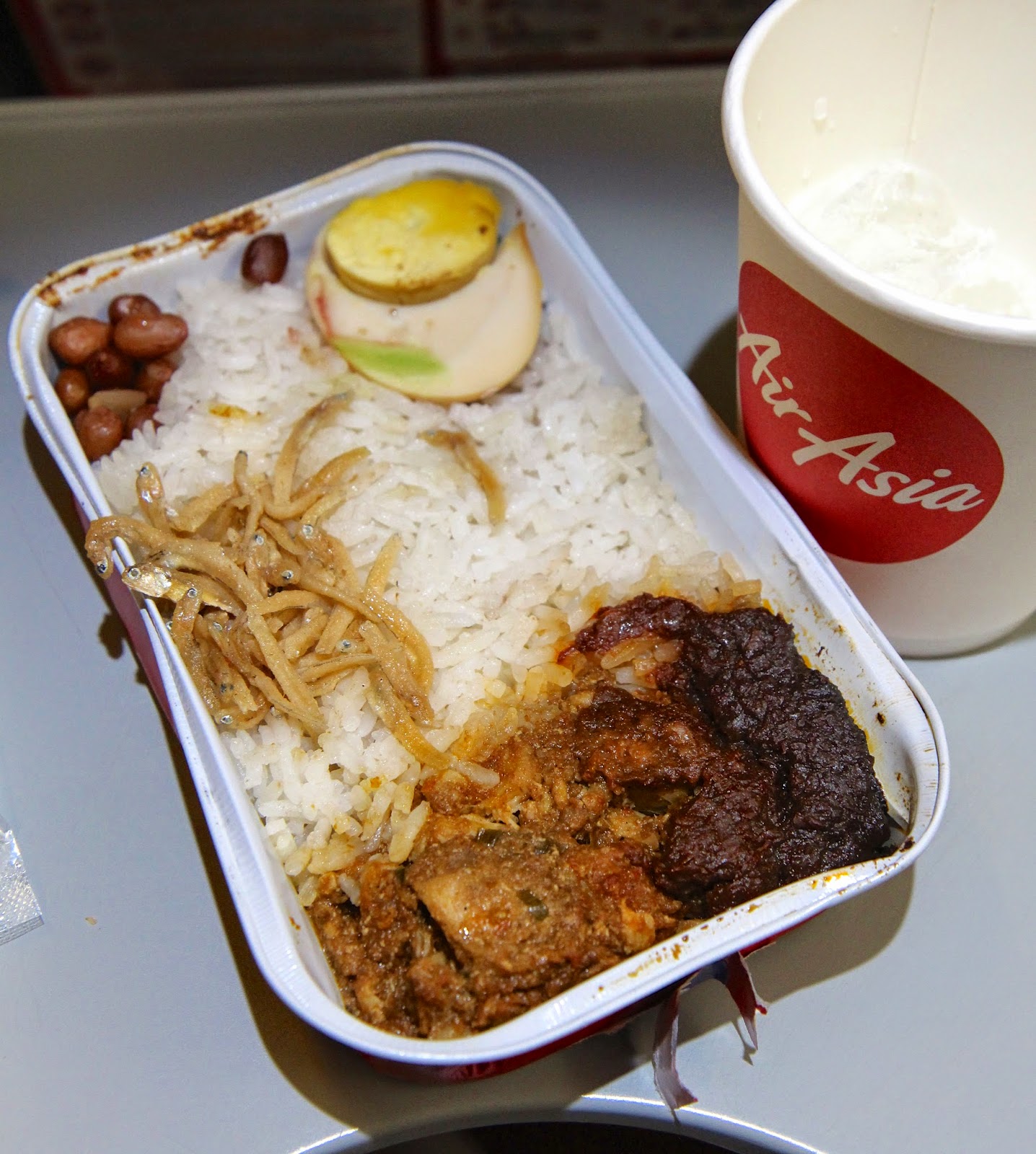 Nasi lemak is a Malaysian rice dish.  Consists of rice, soaked in coconut milk, then steamed, traditionally served with boiled peanuts, dried/fried anchovies, boiled egg, and sambal (chili sauce), and sometimes chicken/shrimp/beef/whatever, often wrapped in a banana leaf both for convenience and for additional flavor.  In Malay, "nasi = rice" + "lemak = fatty/oily/creamy." Regarded by many as Malaysia's national dish. 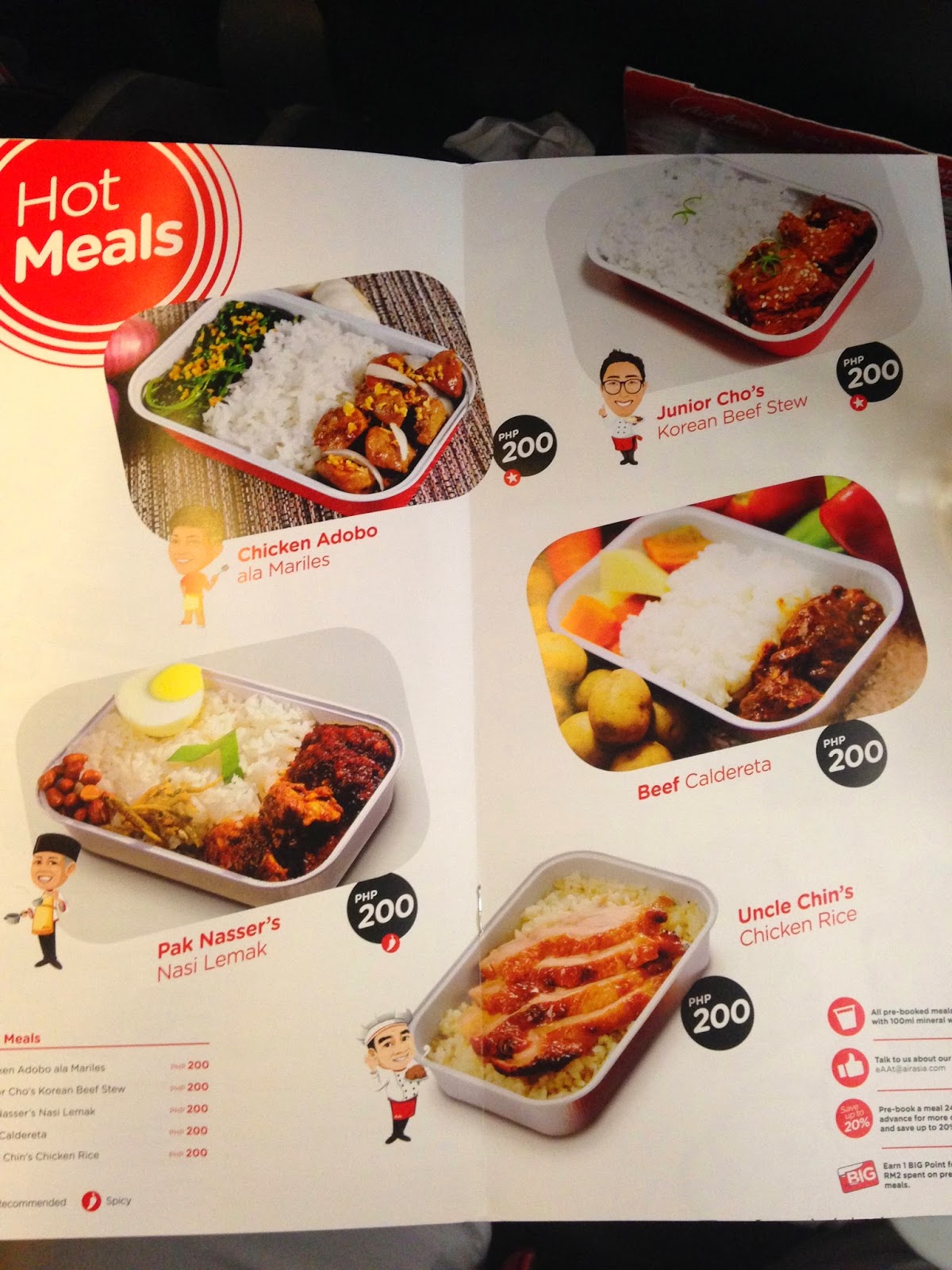 All meals just 200 pesos (water an additional 50 pesos); only the nasi lemak and beef caldereta were available on this flight. 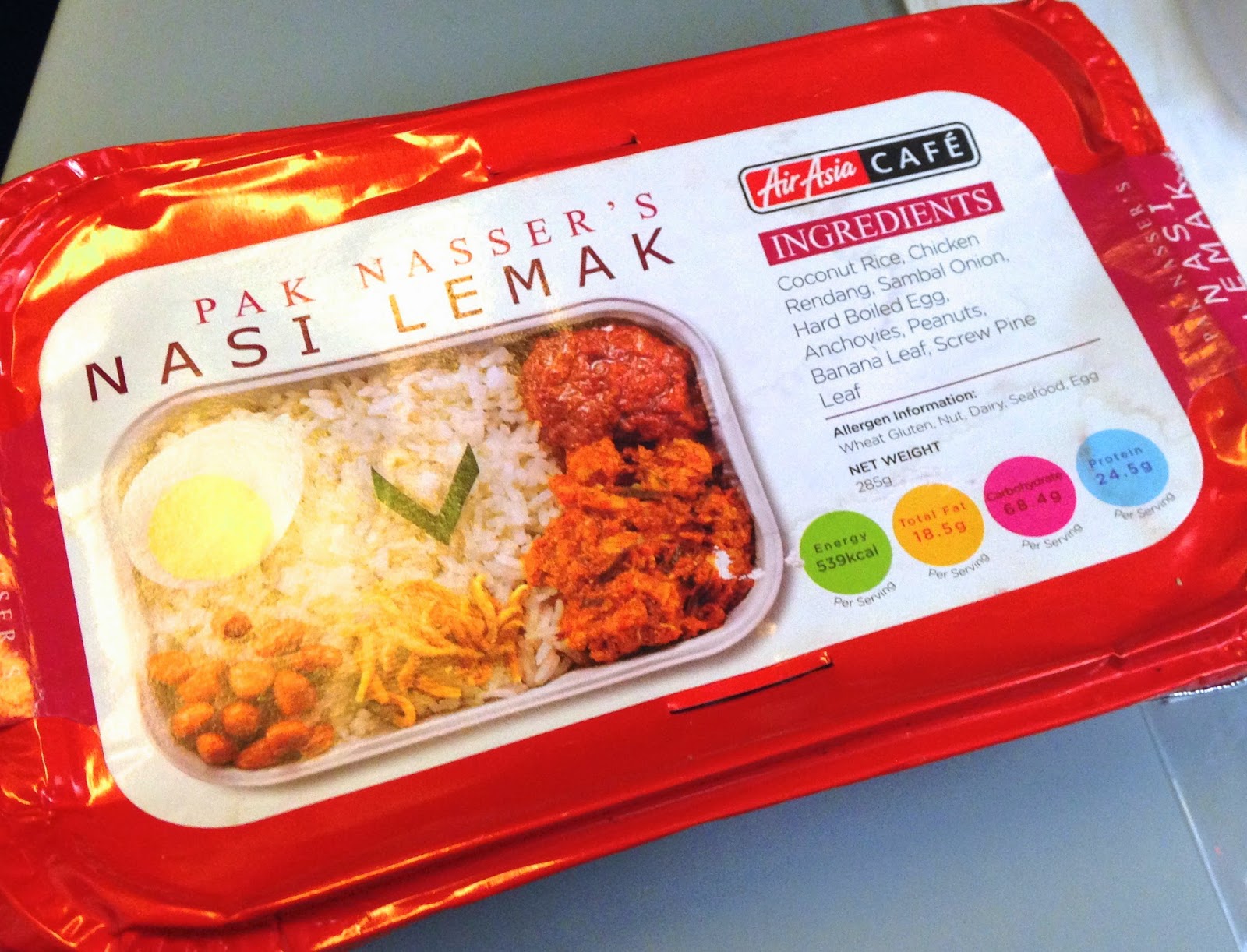 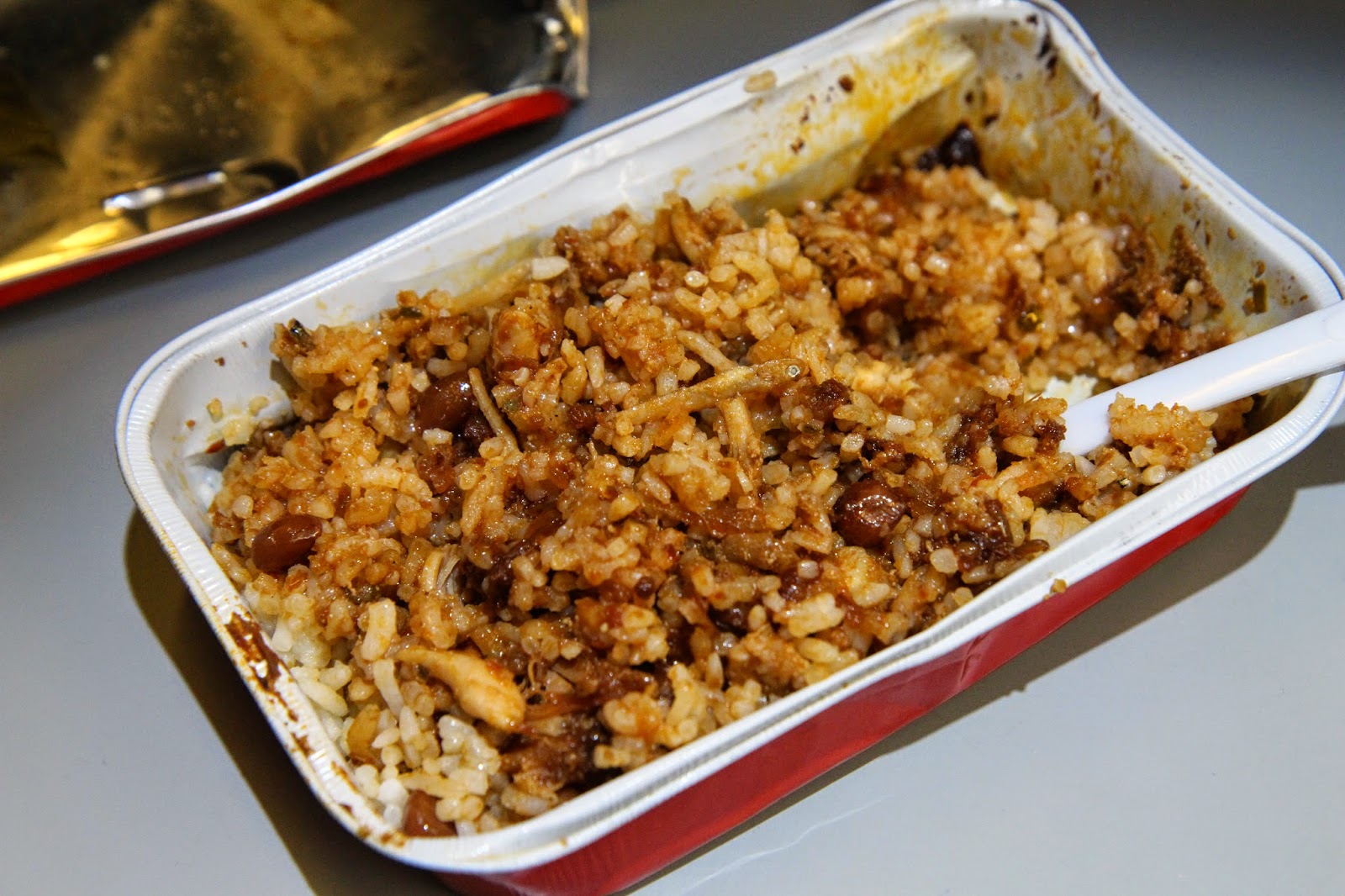 Air Asia Zest is a budget airline based in Malaysia.  Except for a 7-kg carry-on allowance, and restrooms, everything else comes with additional charge, even water.  Still, for just $250 roundtrip between Seoul and Manila, I'll take it.

The nasi lemak wasn't too bad.  In addition to the basics, the dish also came with some kind of curried chicken.  Personally, I find that anything with curry tastes pretty good, even for in-flight meals (see for example 3.282 Murgh Dum Biryani).  Whether proper or not, I mixed all the components together, kinda like bibimbap (see for example 4.074 Home-Style Bibim Bap).  I enjoyed it.

I don't know who Pak Nasser is. 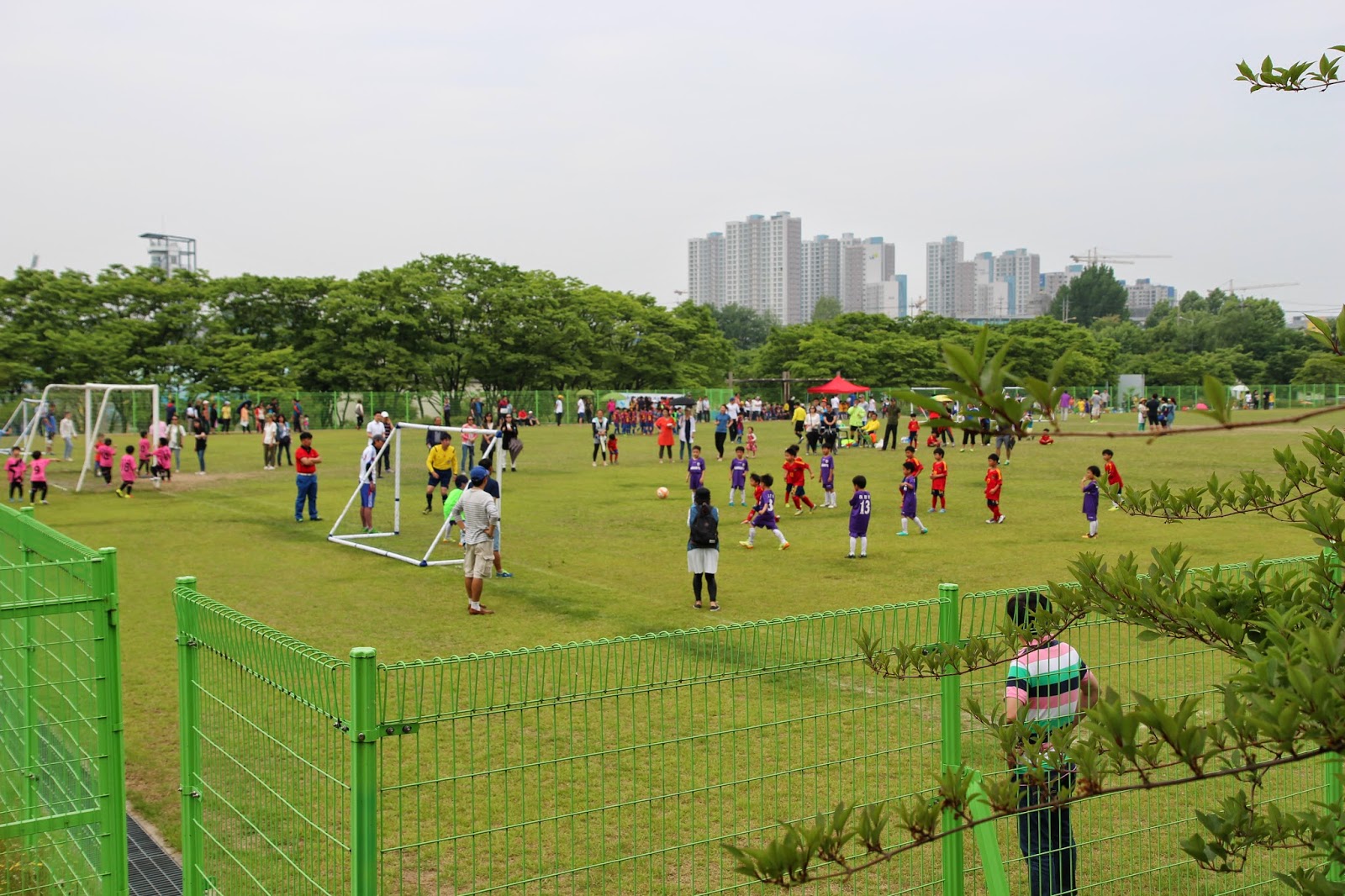 To form a football club in Korea, a group of kids within a given age range (e.g., kids in the same class) can band together and (their parents will) hire a professional coach; the coaches belong to a network that organizes occasional games between the teams or larger tournaments once or twice a year. 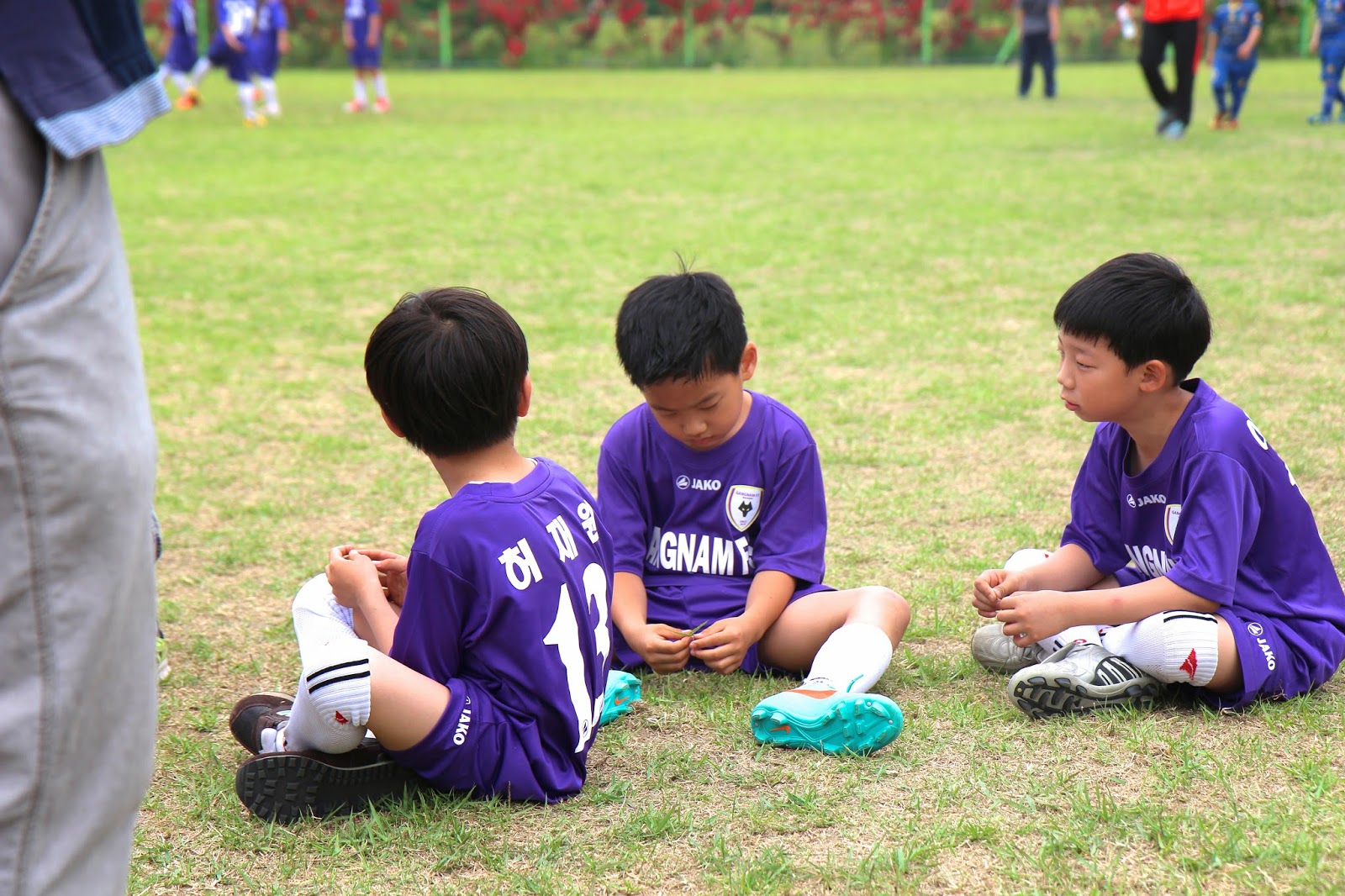 Dominic, who's the team captain, was utterly devastated that his team lost all 4 games, scoring 0 goals; I place full blame on the dumbass coach, who had obviously never taught them about positioning or strategy, turning each match into a 20-minute cometball clusterfuck, with Dominic trying to play both sides of the pitch and his teammates trailing after him, leaving him exhausted and ineffective all around; seeing him cry in disappointment/humiliation after each game, even though he'd done his utmost, I was about to go up to the coach and chew him out, but then the wife restrained me, explaining that no other coaches were currently available and so we couldn't risk him quitting; even worse, the other parents actually apologized and asked us to forgive their kids for not providing enough support for Dominic--flabbergasted, I was like, "No, it's not their fault!" Everyone got trophies, even though Dominic is clearly not buying it.

Not that I need a reason to come home, but I made the trip this weekend specifically to attend Dominic's soccer tournament.  Doing my best not to be a deadbeat dad. 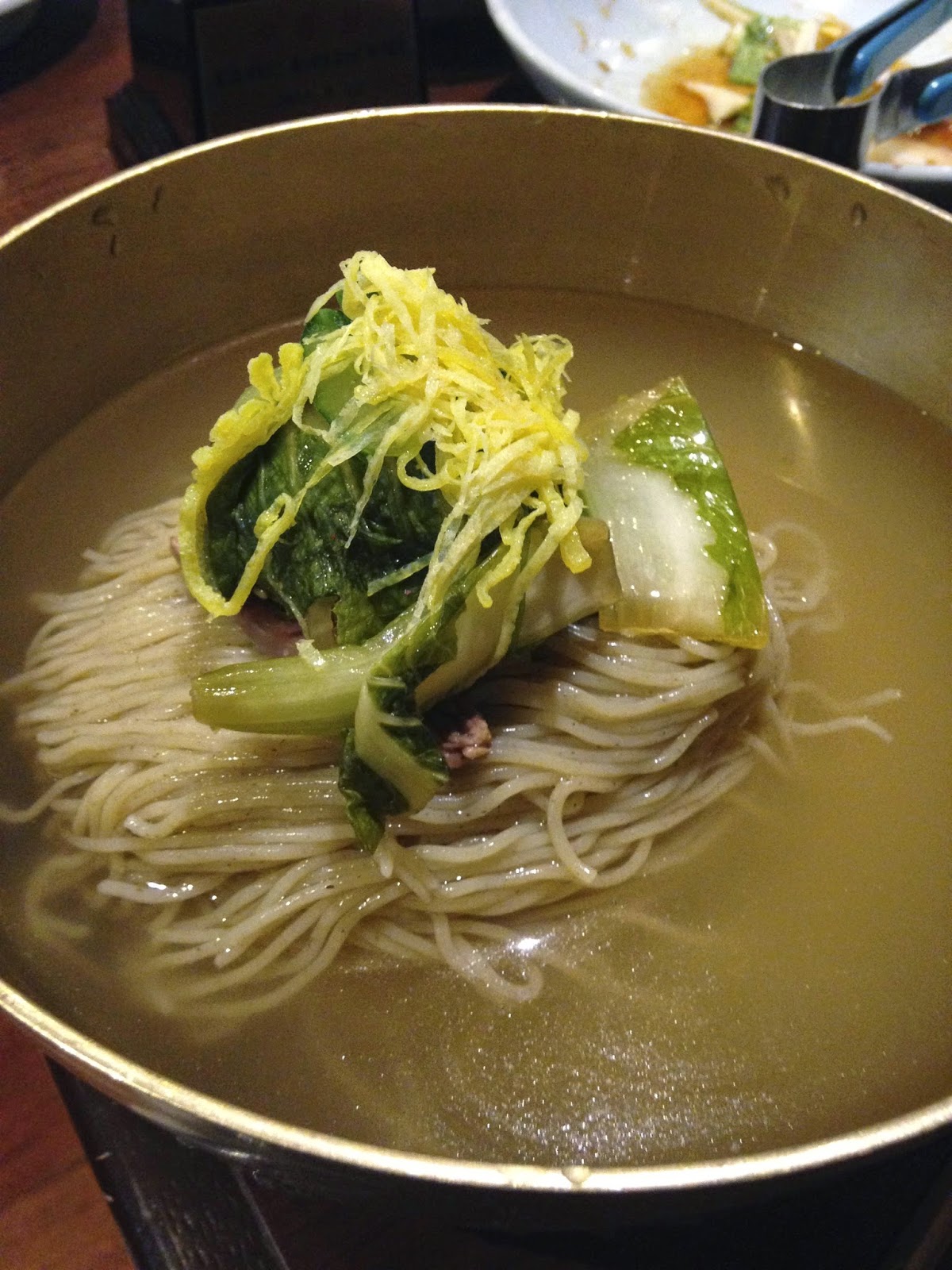 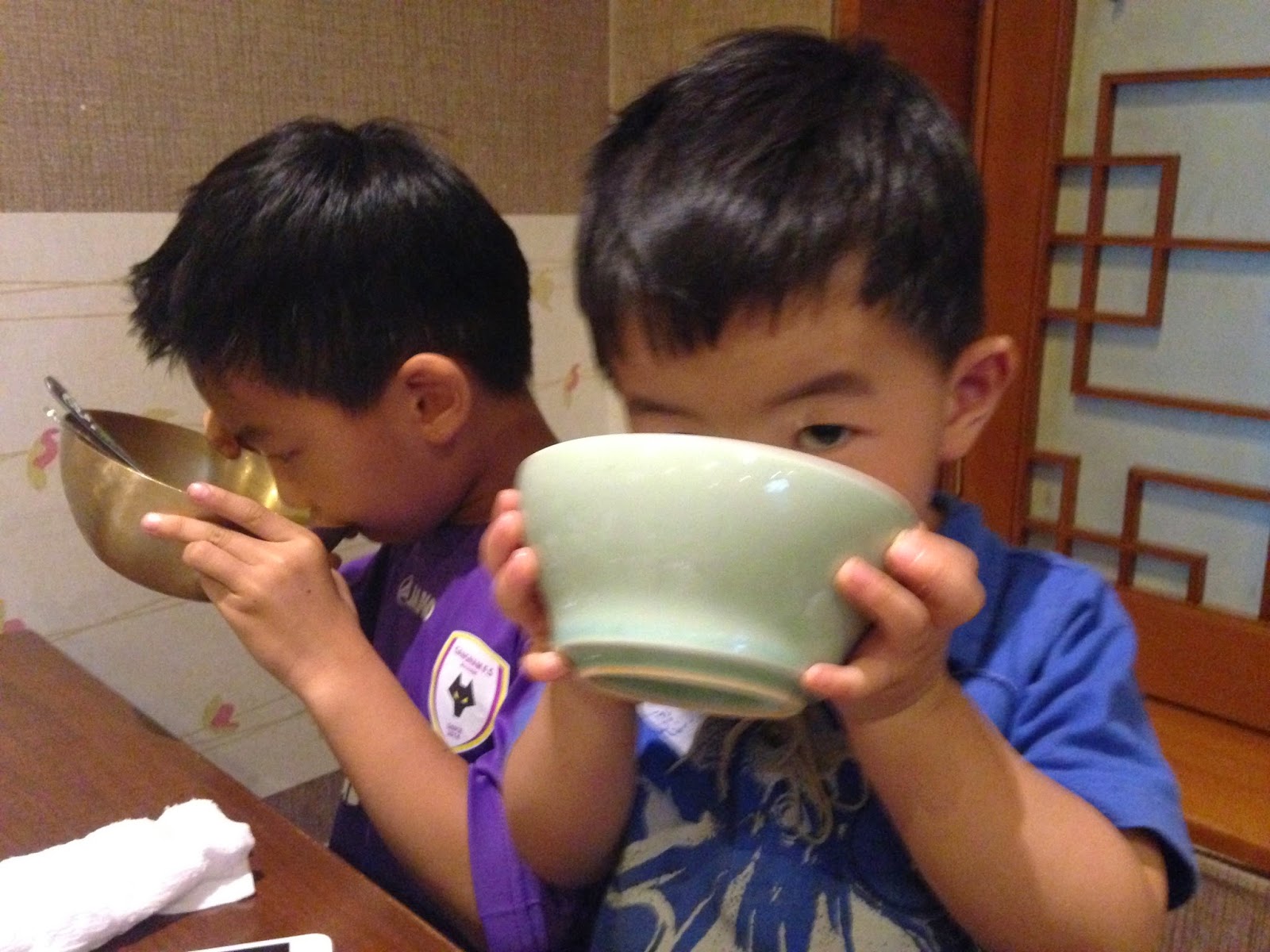