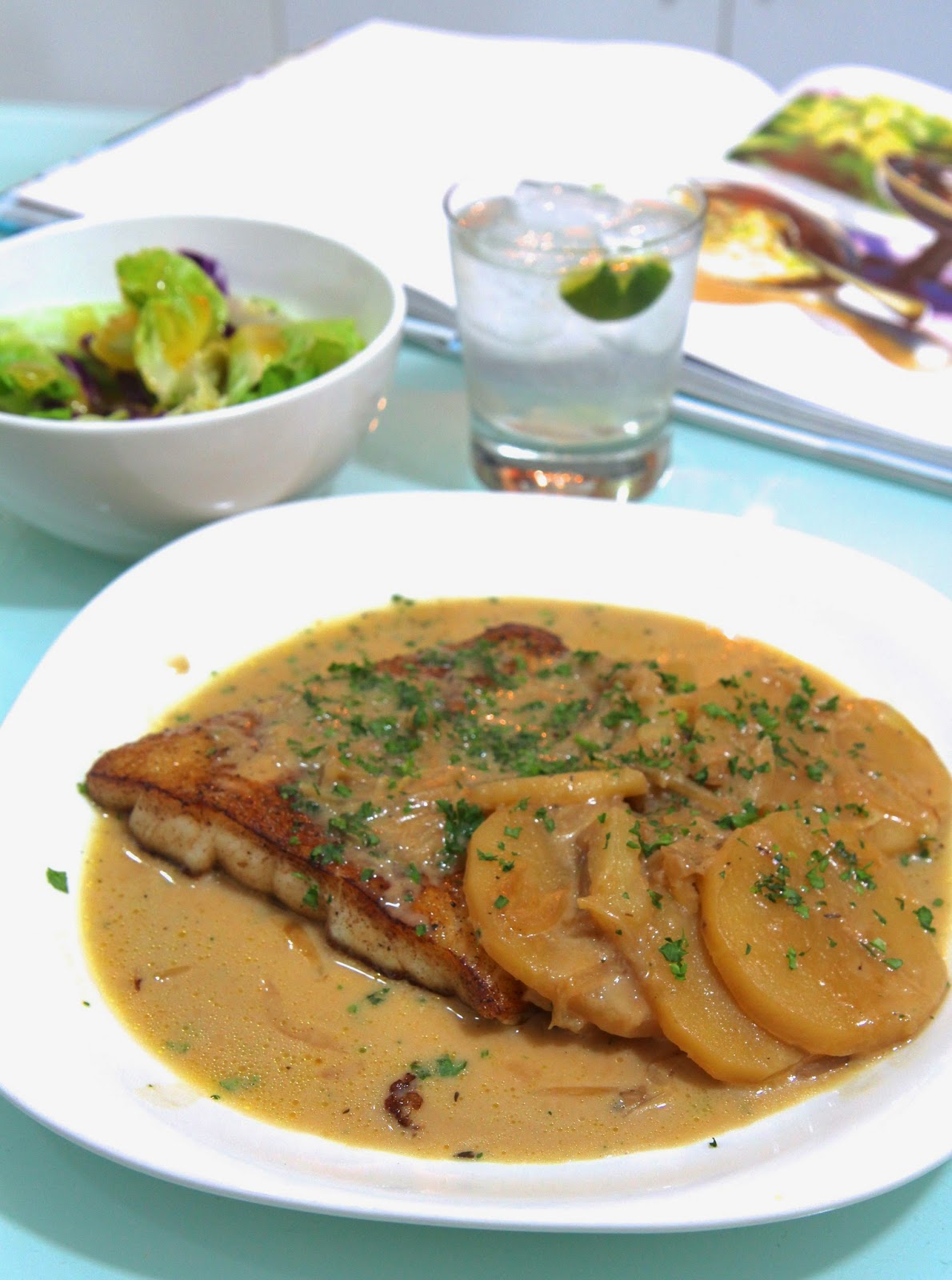 
From the recipes retrieved in a quick internet search, a dish labeled "sailor" in Swedish cuisine would seem to involve meat and/or potatoes simmered in beer, along with various seasonings/herbs/aromatics.

[I would appreciate further clarification from Gustaf.]

As described in a recent post, Number One Swedish Fan Gustaf sent me a care package, which included a Swedish cookbook (see generally 5.100 Tomatsill with Baguette Slices). 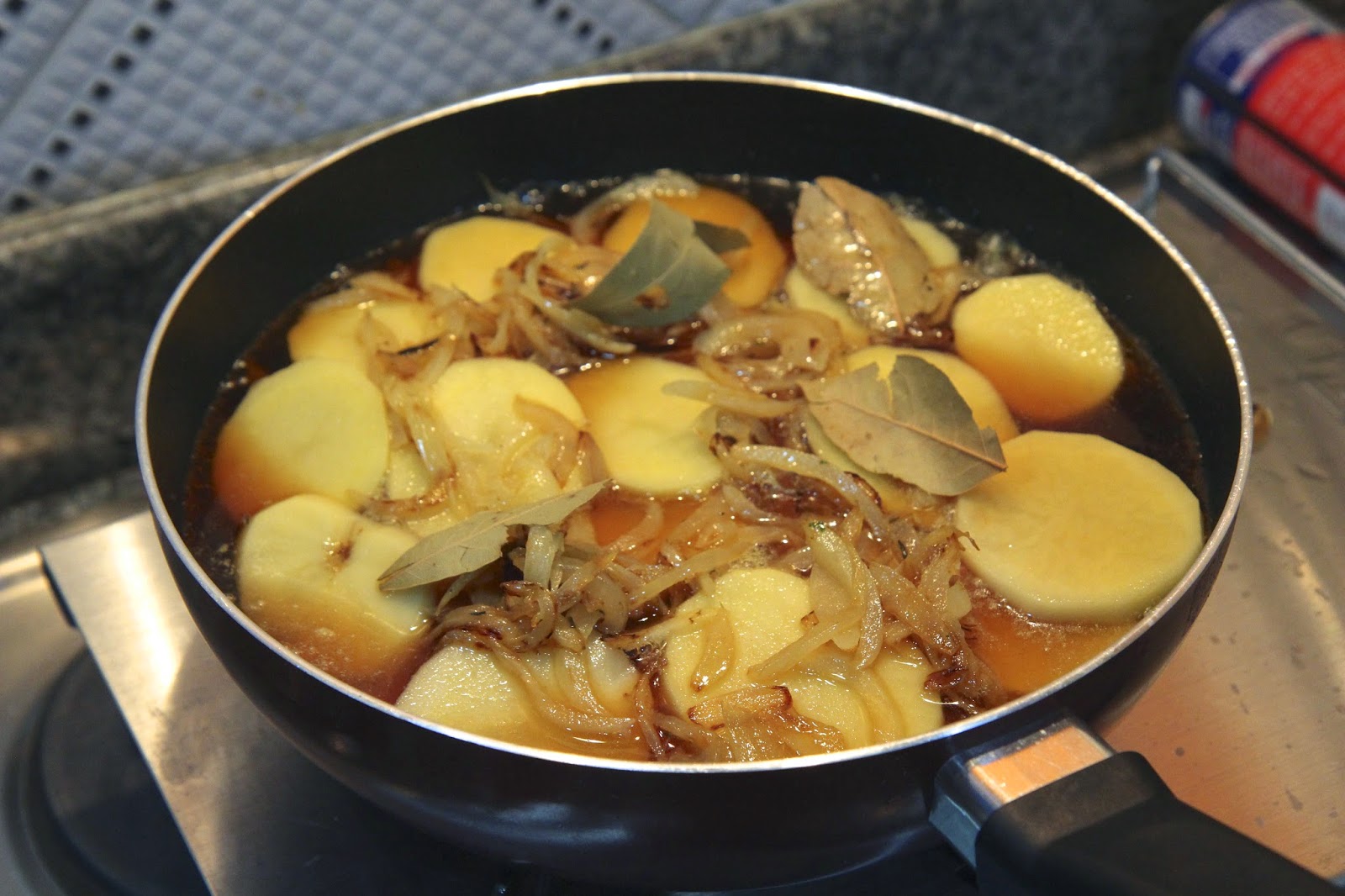 My first recipe-based dish in Manila. 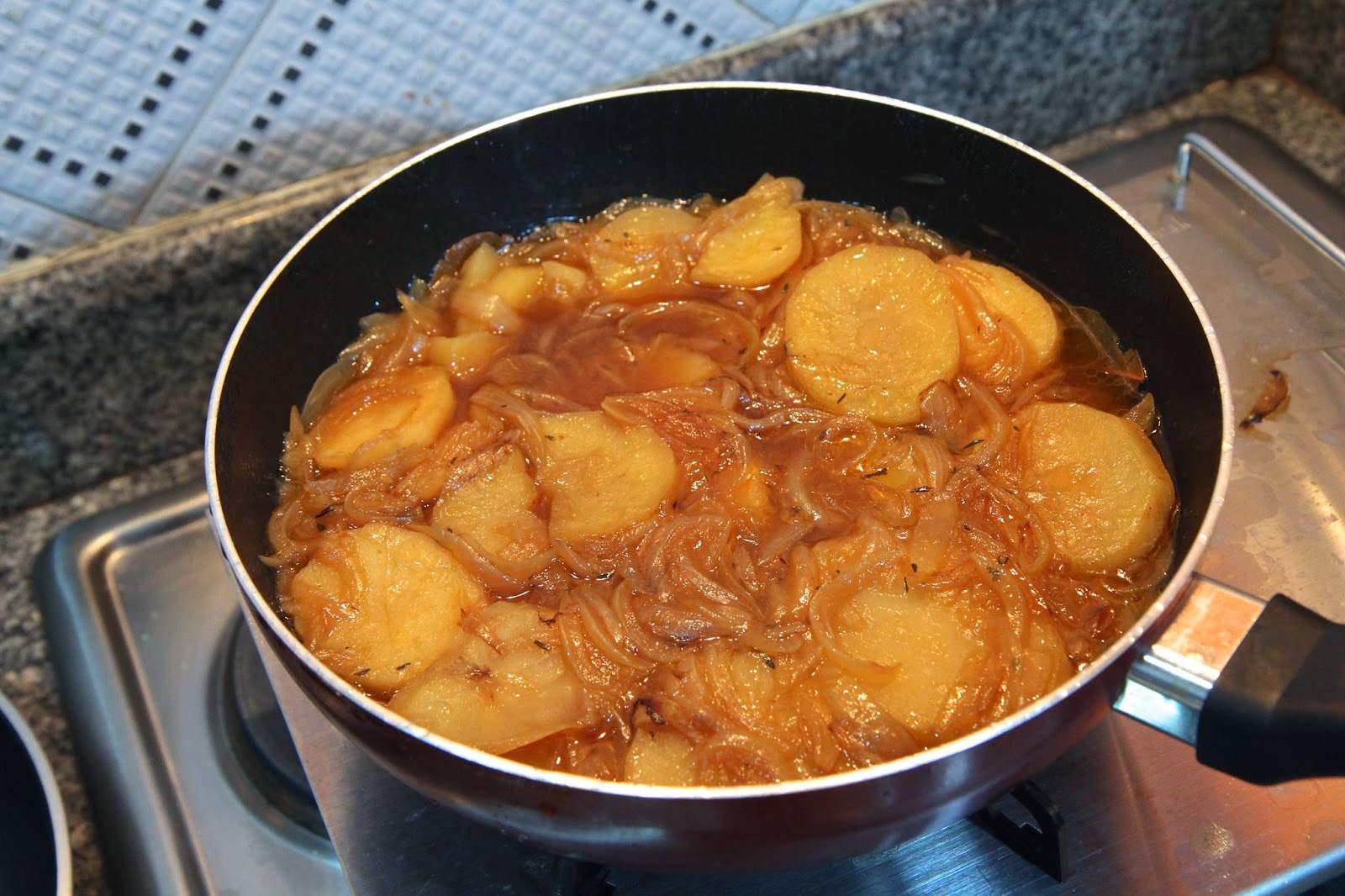 
Tonight, I made Sailor Potatoes, the first recipe attempted from the book.  On short notice, given certain ingredient deficiencies (e.g., access to reindeer meat is severely limited in Manila), it was one of the more doable dishes in the book.  Another problem was that I couldn't quite imagine what many of the dishes would be like, so my options were limited to the more conceivable ones. 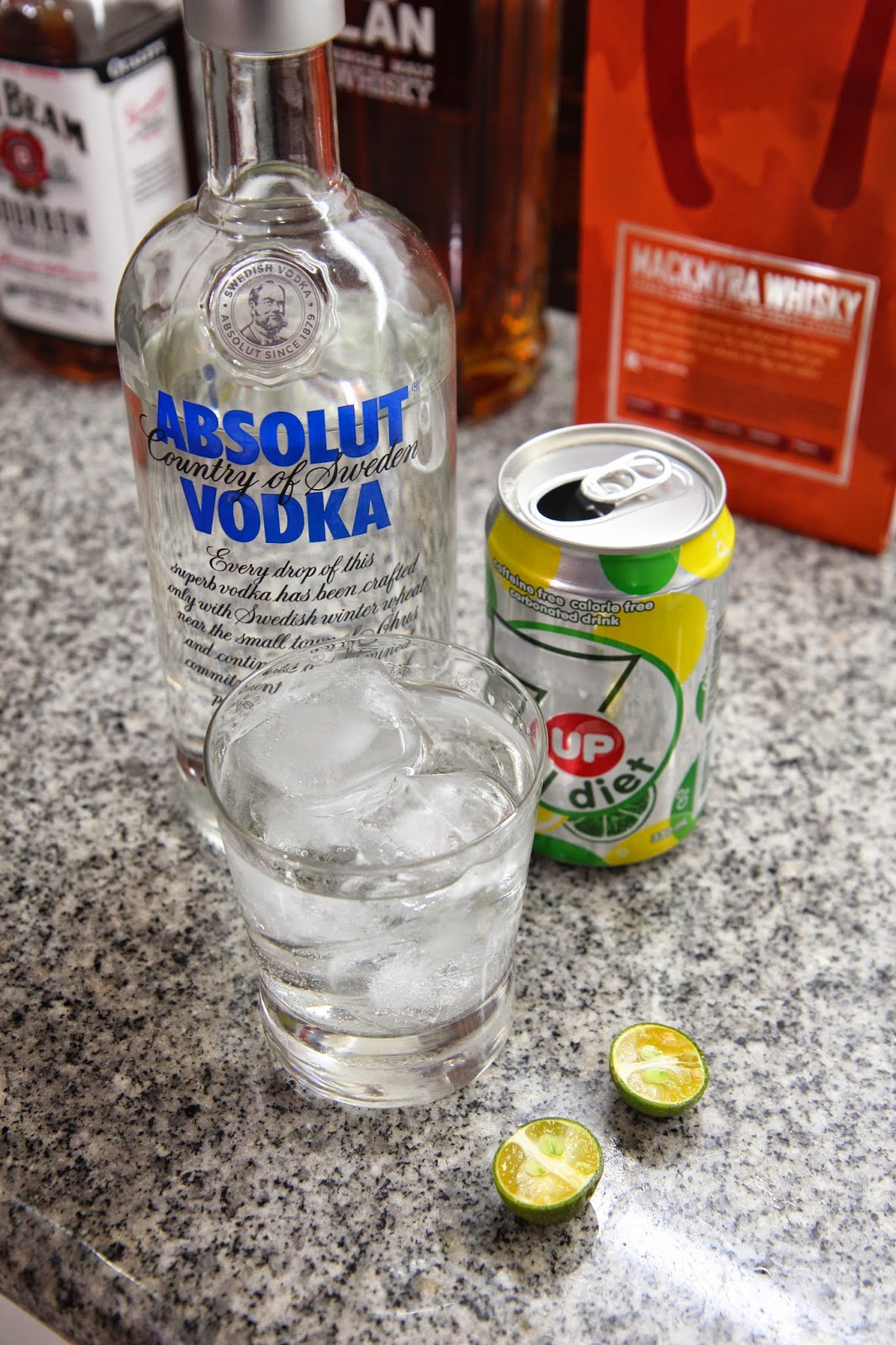 According to Gustaf, Swedes don't typically drink vodka with their meals (see generally 3.330 Kåldolmar), even Absolut, a Swedish brand, one of the world's most famous, but I couldn't resist.

The potatoes didn't turn out so great.  The problem was that the recipe called for "dark beer," but the supermarket had only either lager or abbey-style/extra-dark/high-alcohol ale, so I went with the latter.  However, even after 45 minutes of cooking, both the broth and the potatoes remained extremely bitter.  In fact, I turned off the heat, went back to the supermarket, and bought cream, hoping that it would mellow out the flavors.  Yes, but not entirely.  Oh well. 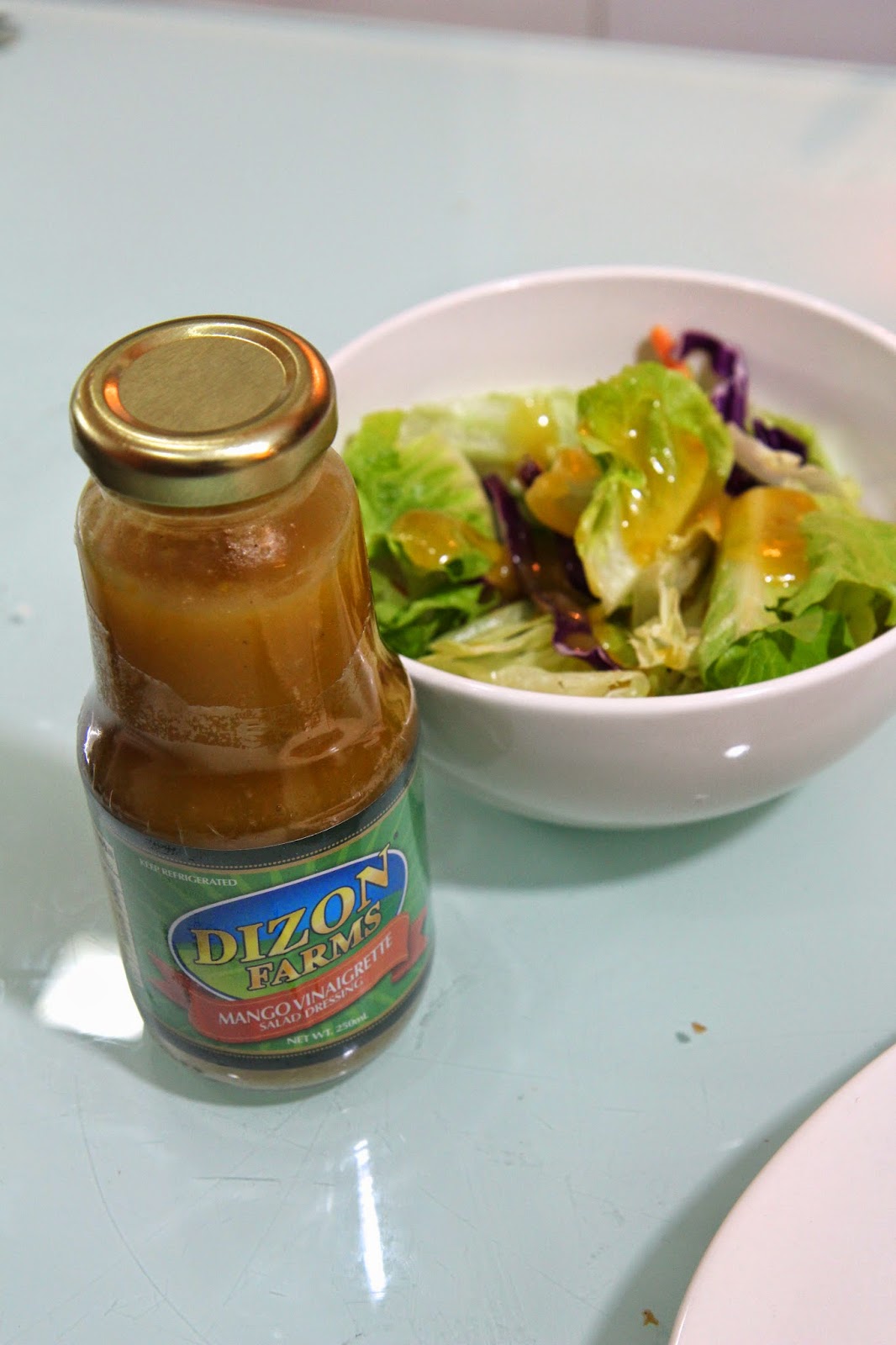 Started with a garden salad in mango dressing, just goes to show how much I've expanded my horizons. 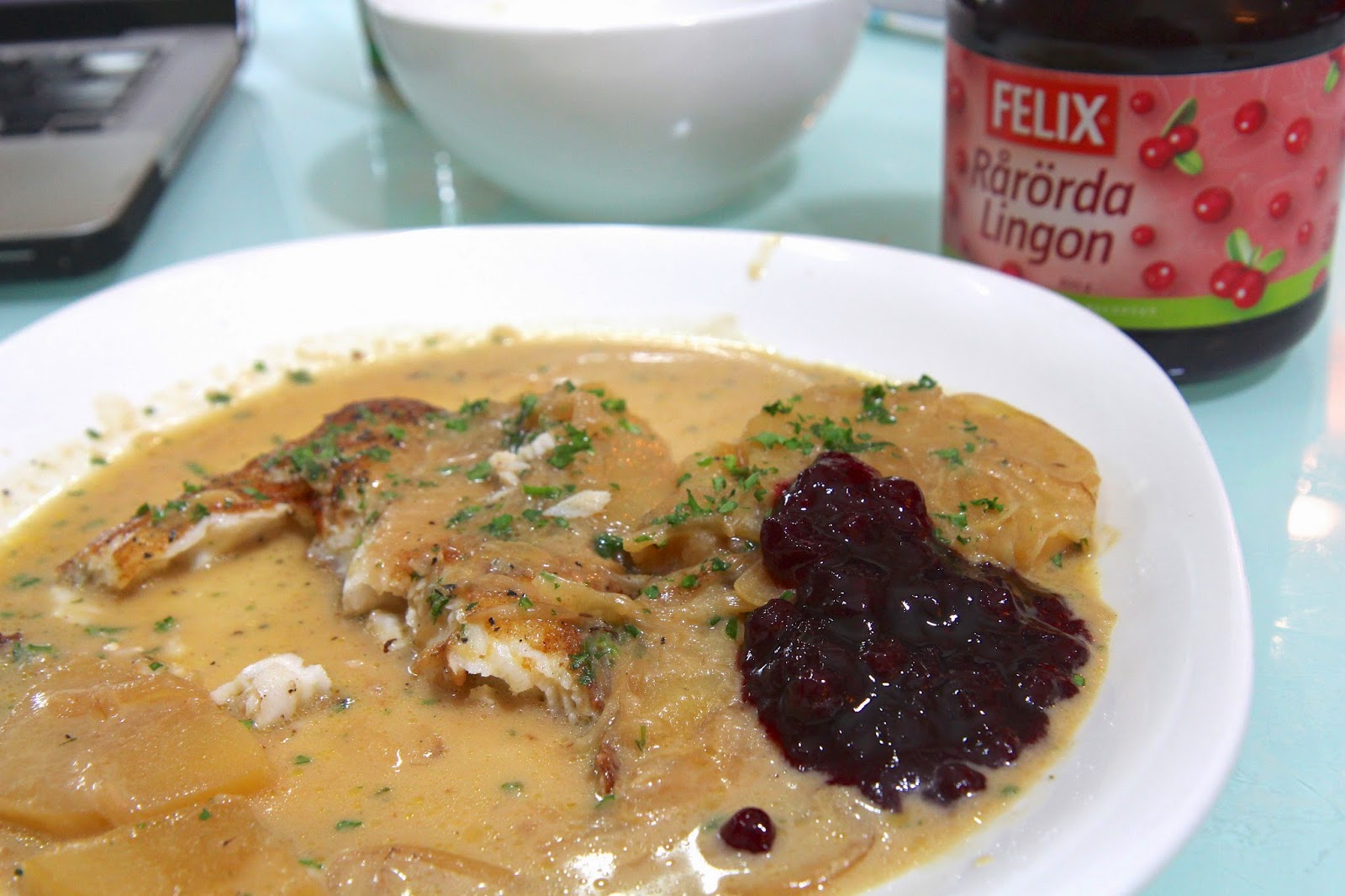 Midway through, I suddenly realized that Gustaf had also sent me lingonberry jam, which I then added to improve and further authenticate the experience.

Nevertheless, the meal overall was great.  A piece of savory fish, creamy if bitter potatoes, sweet and tangy jam to counterbalance.  At the end of it, I actually said to myself, "This was a fine meal."