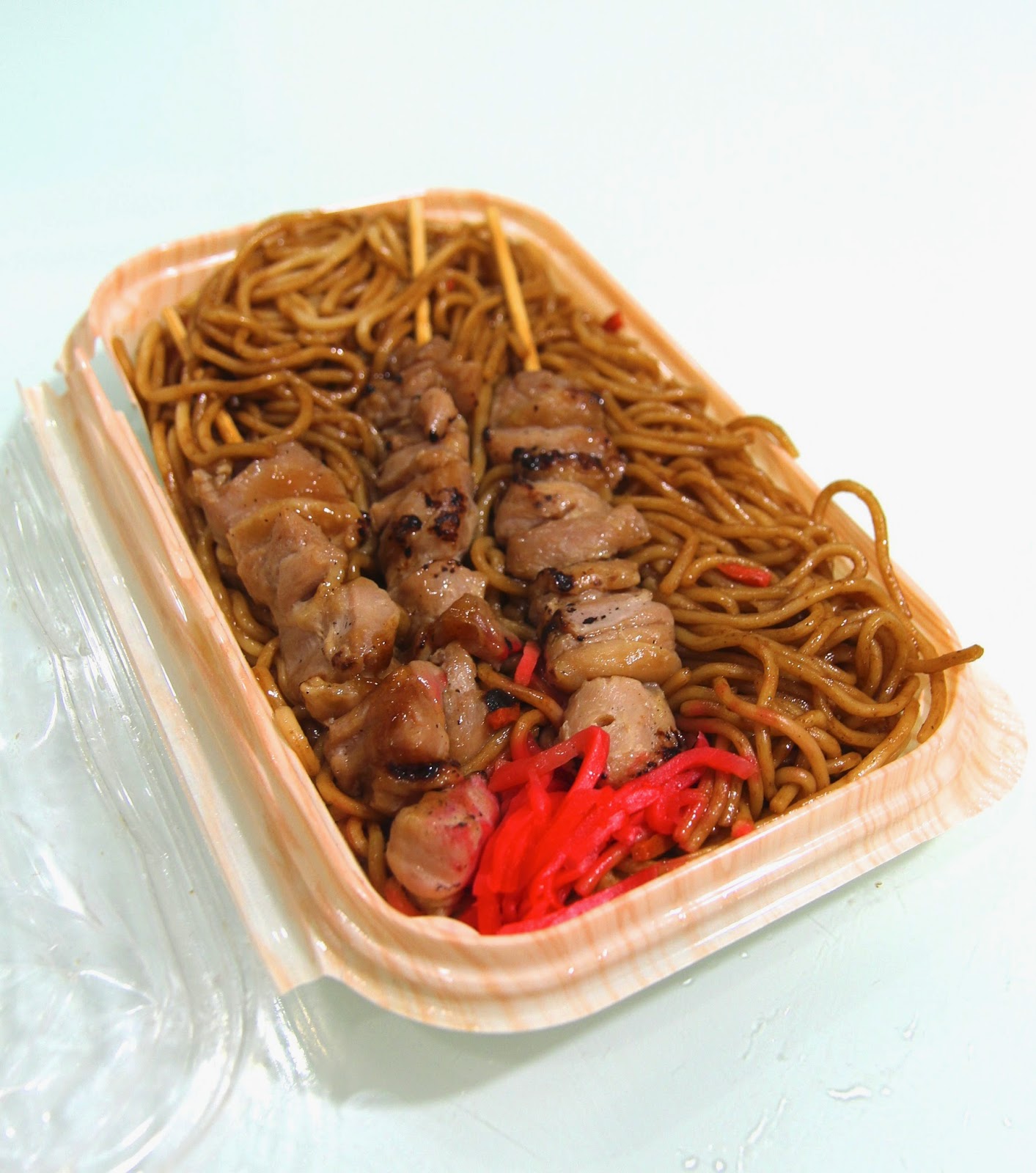 My first duty travel!  I've been dispatched to the World Health Organization Centre for Health Development (aka "WHO Kobe Centre" aka "WKC") in Kobe, Japan. From 29 (Thu) to 30 (Fri) June, I attended the Expert Consultation on "Intersectoral Action on Health."  The work was cool.  But more important--that is, for purpose of the blog--the trip promises to provide many new food experiences.  To maximize the opportunity, I'll be staying in the country through 1 (Sun) July--a "personal deviation" in WHO parlance--for a total of 2.5 days in Kobe, 2.5 days in Osaka. Forgot to get a shot of the exterior. 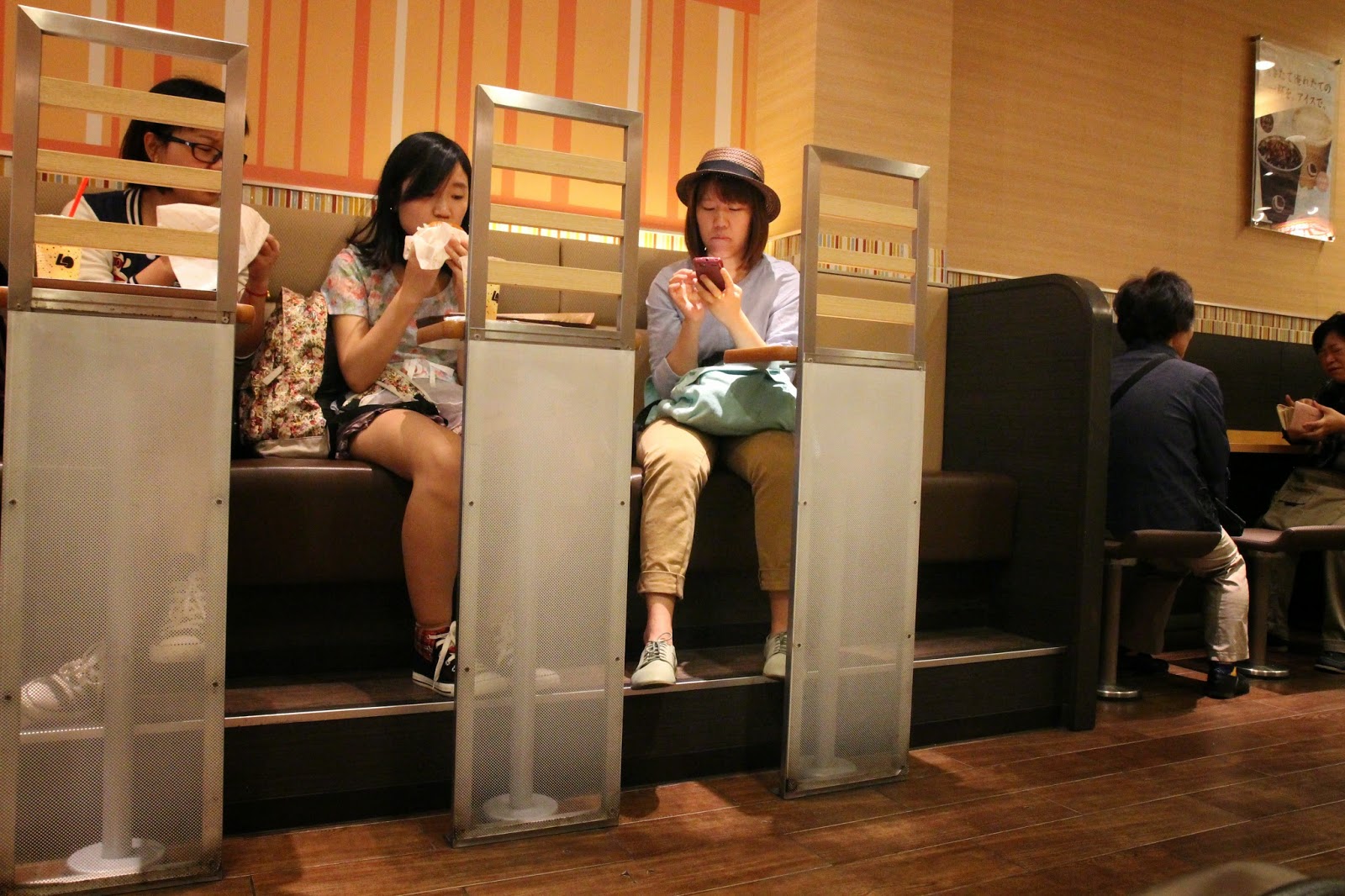 For some reason, most of the seats are designed for solo diners. 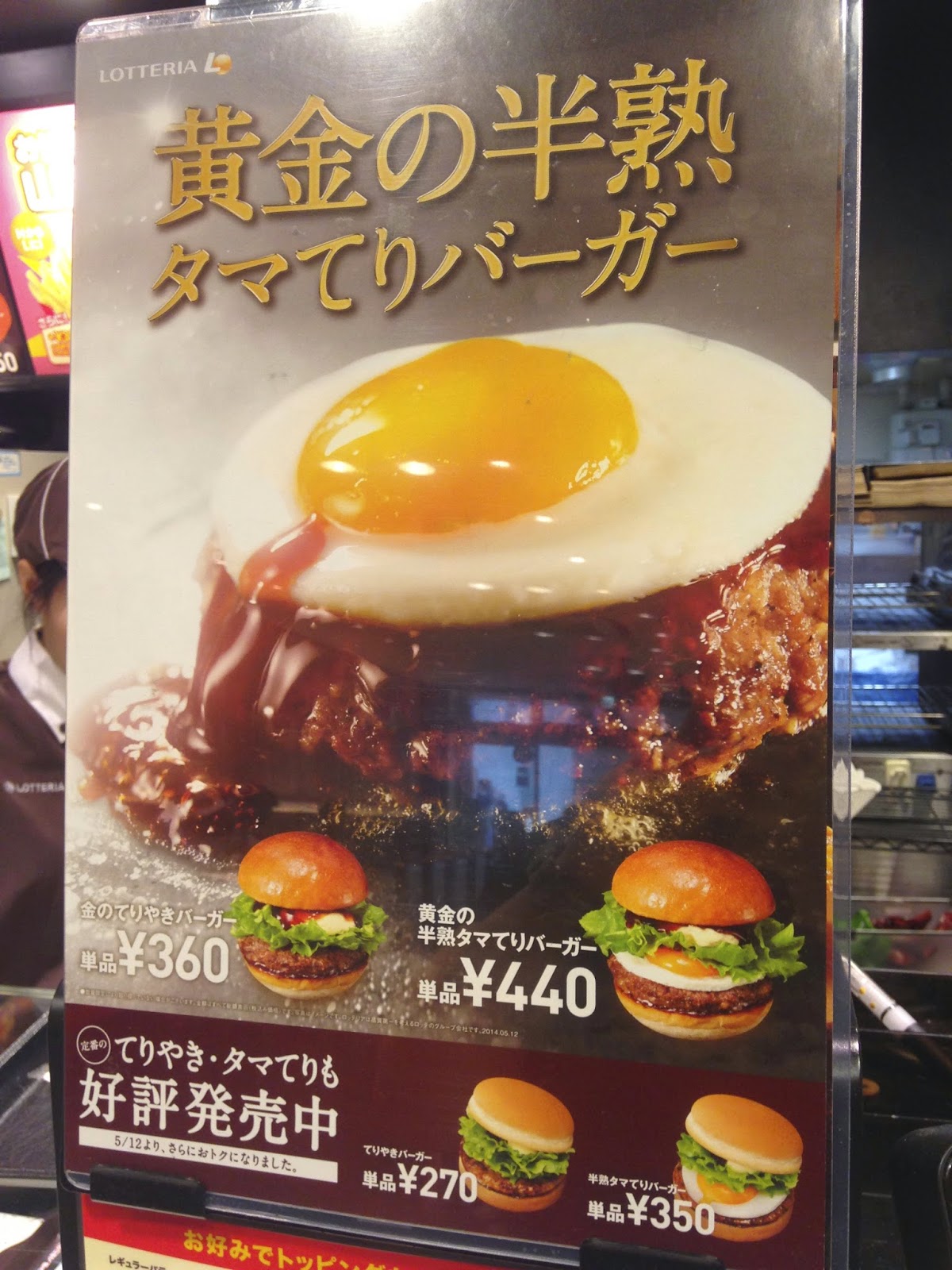 Lotteria had never even crossed my mind until passing by this location and seeing this point-of-sale marketing poster; not that I really wanted the burger per se, but I was curious to see how different the Japanese business is from the Korean counterpart.

Lotteria is an American-style fast food chain.  Founded in Japan in 1972.  The parent company Lotte was founded by a Korean national in Japan in 1948, starting out as a producer of chewing gum, growing into one of Korea's largest conglomerates.  The restaurants can now be found widely across Japan and Korea, where it enjoys more than 50% market share, as well as Taiwan, Viet Nam, and Myanmar.  In addition to typical western burgers, the menus also offer Asianized versions, such as the shrimp burger, bulgogi burger, teriyaki burger, and other novelty items (see for example 3.039 Hanwoo Lady Burger). 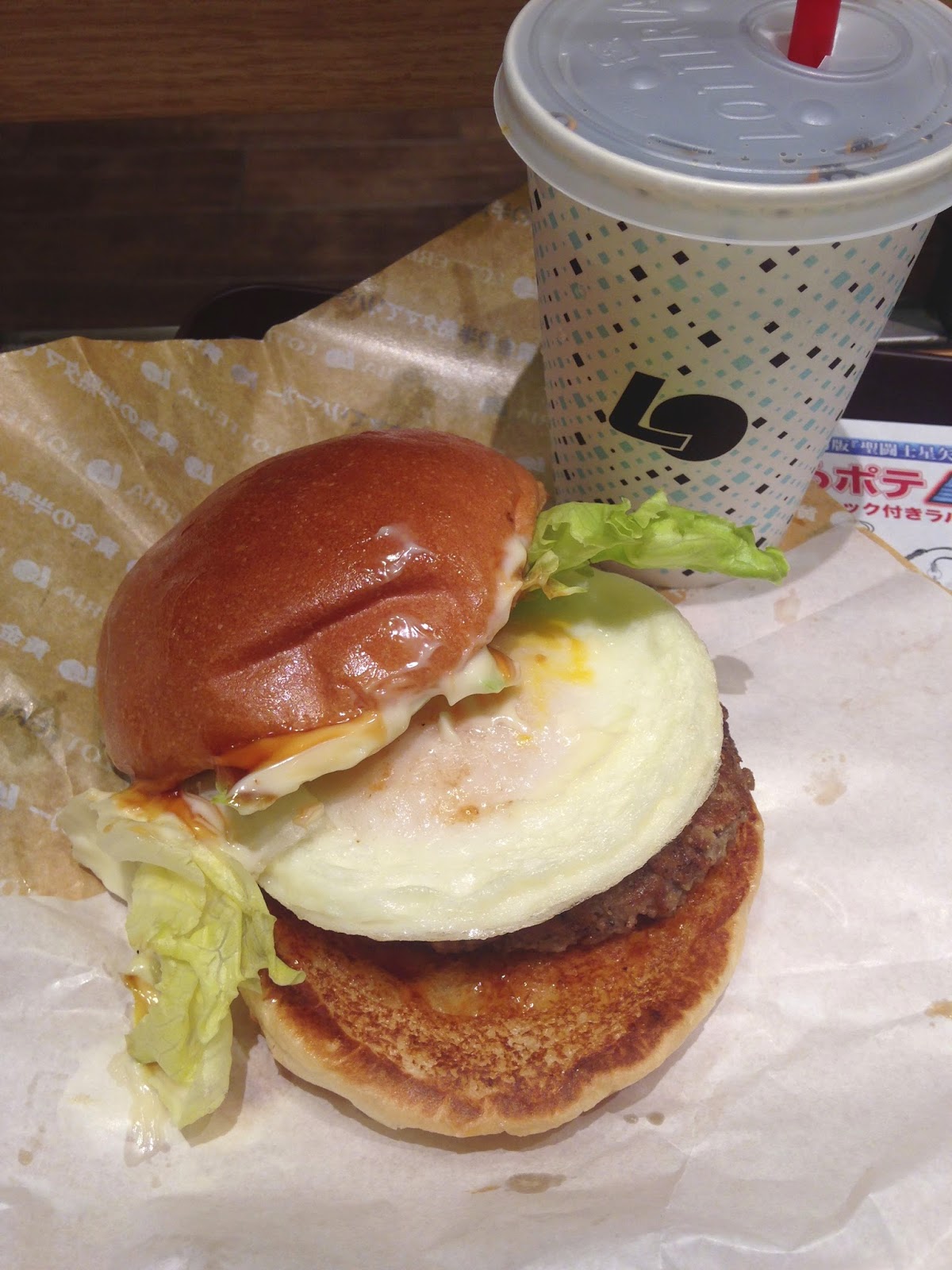 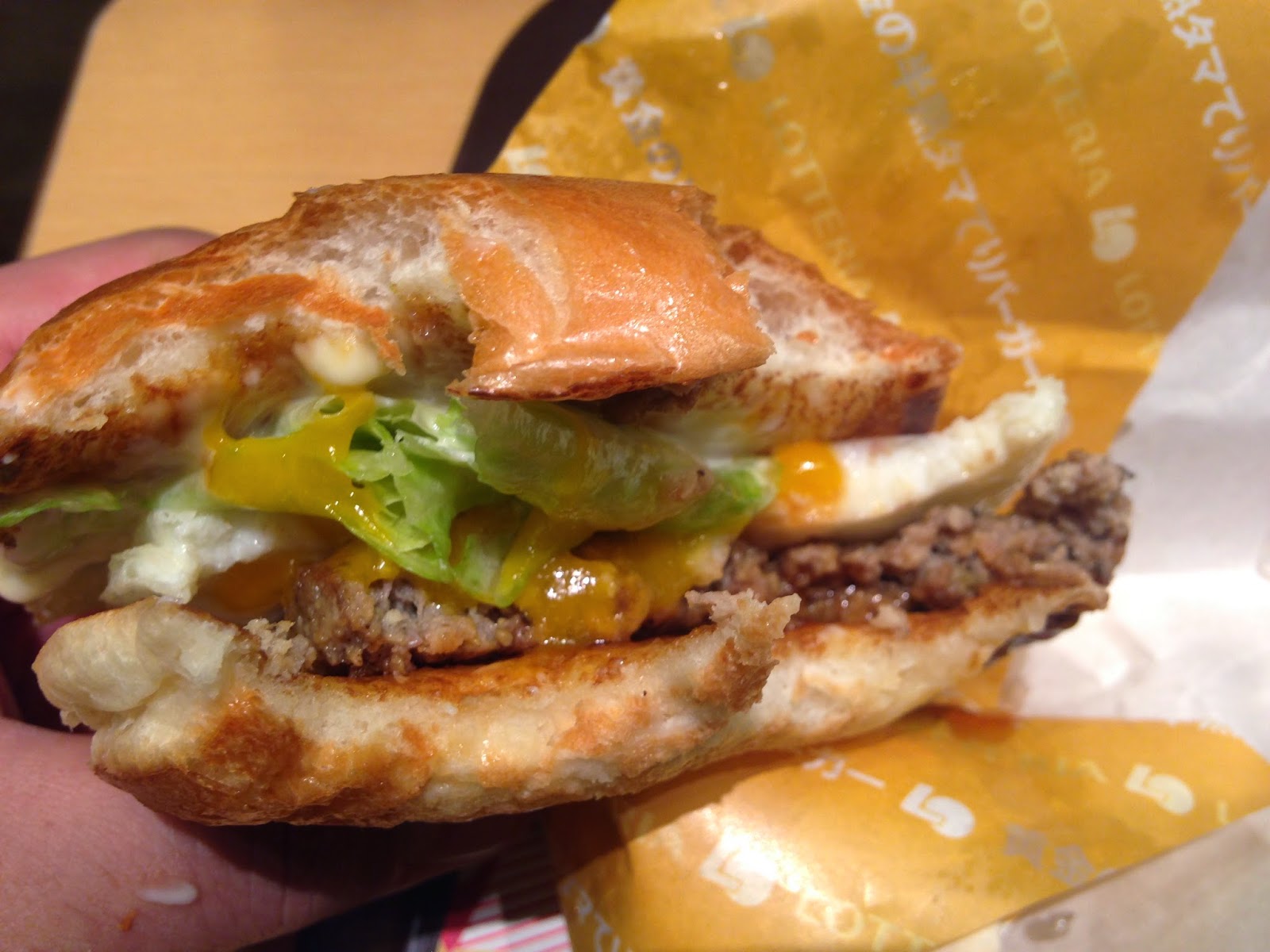 ...soft and squishy bun, toasted; made-to-order fried egg, perfectly soft-cooked (probably wouldn't be permitted in some countries due to safety concerns); delectably soy-seasoned beef patty, seemingly comprised of fresh beef, judging by the moist and crumbly texture--I was tempted to order another.

With the only flight to Manila departing in mid-afternoon, I only had time for breakfast and lunch before heading off to the airport.  Also, because I'd checked out of the hotel and had my luggage with me, mobility was limited, so I was inclined to go wherever was convenient. 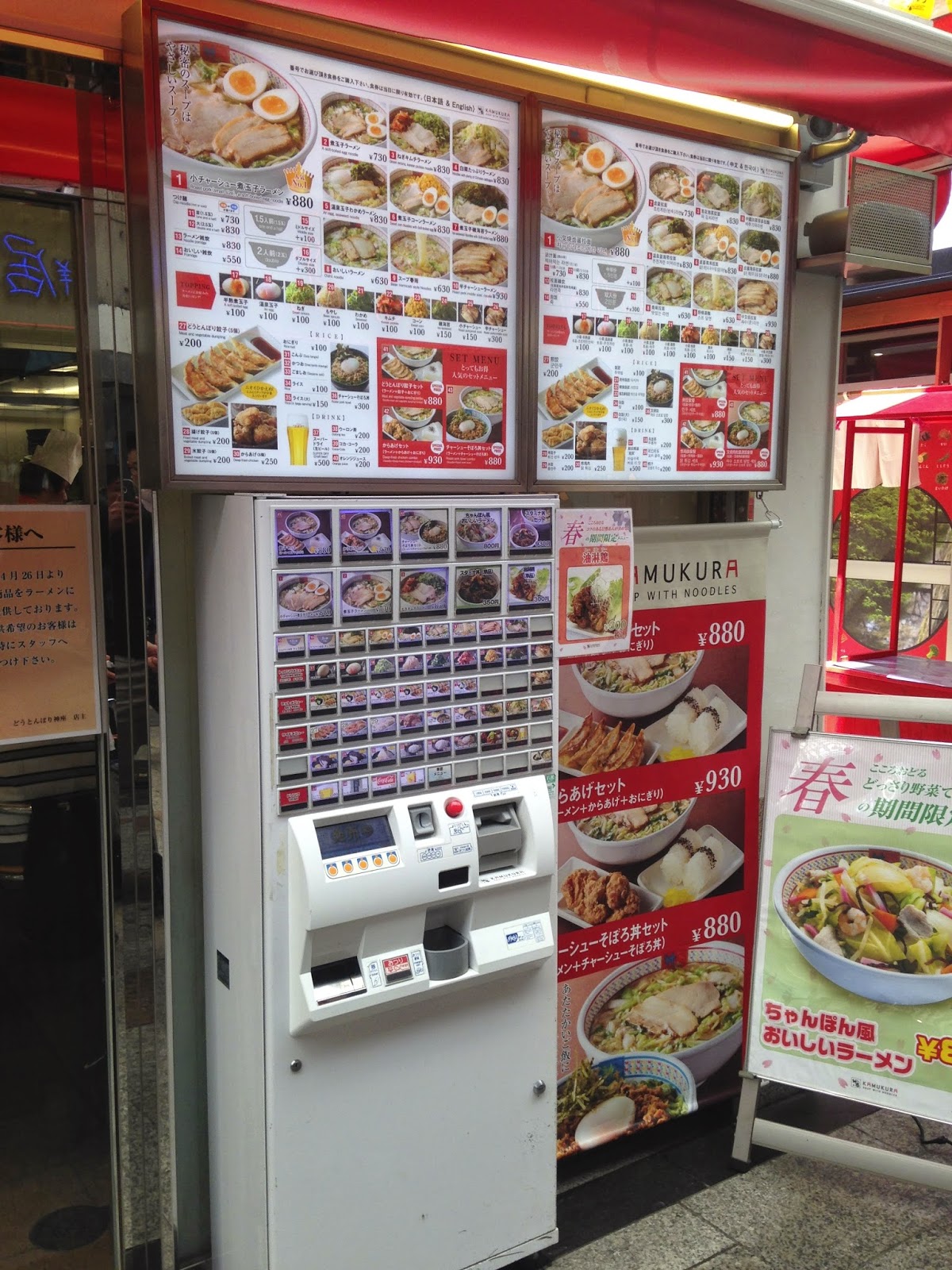 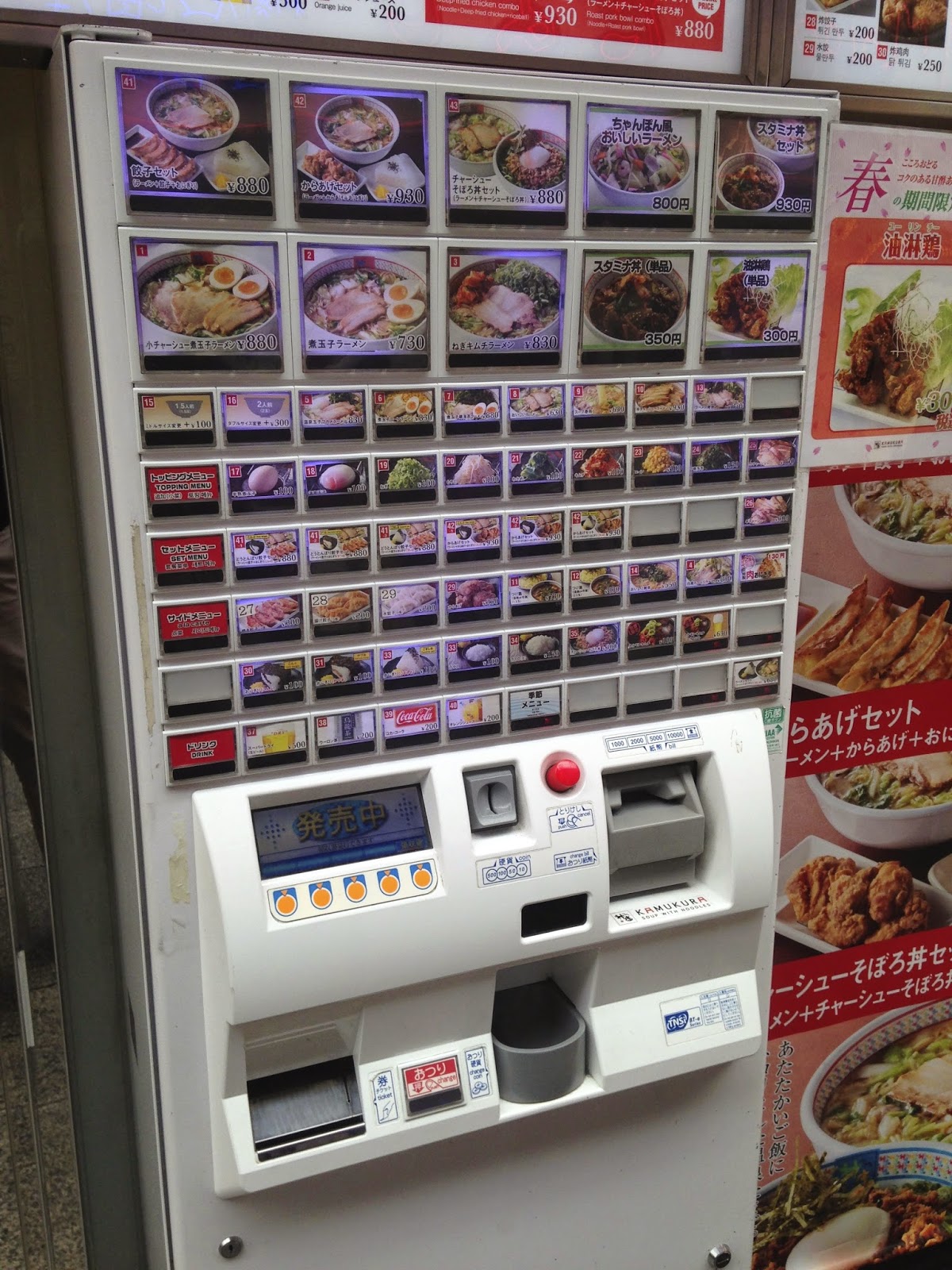 As per most ramen joints, the ordering/paying takes place on the outside, via the ticket vending machine, before going in and sitting down. 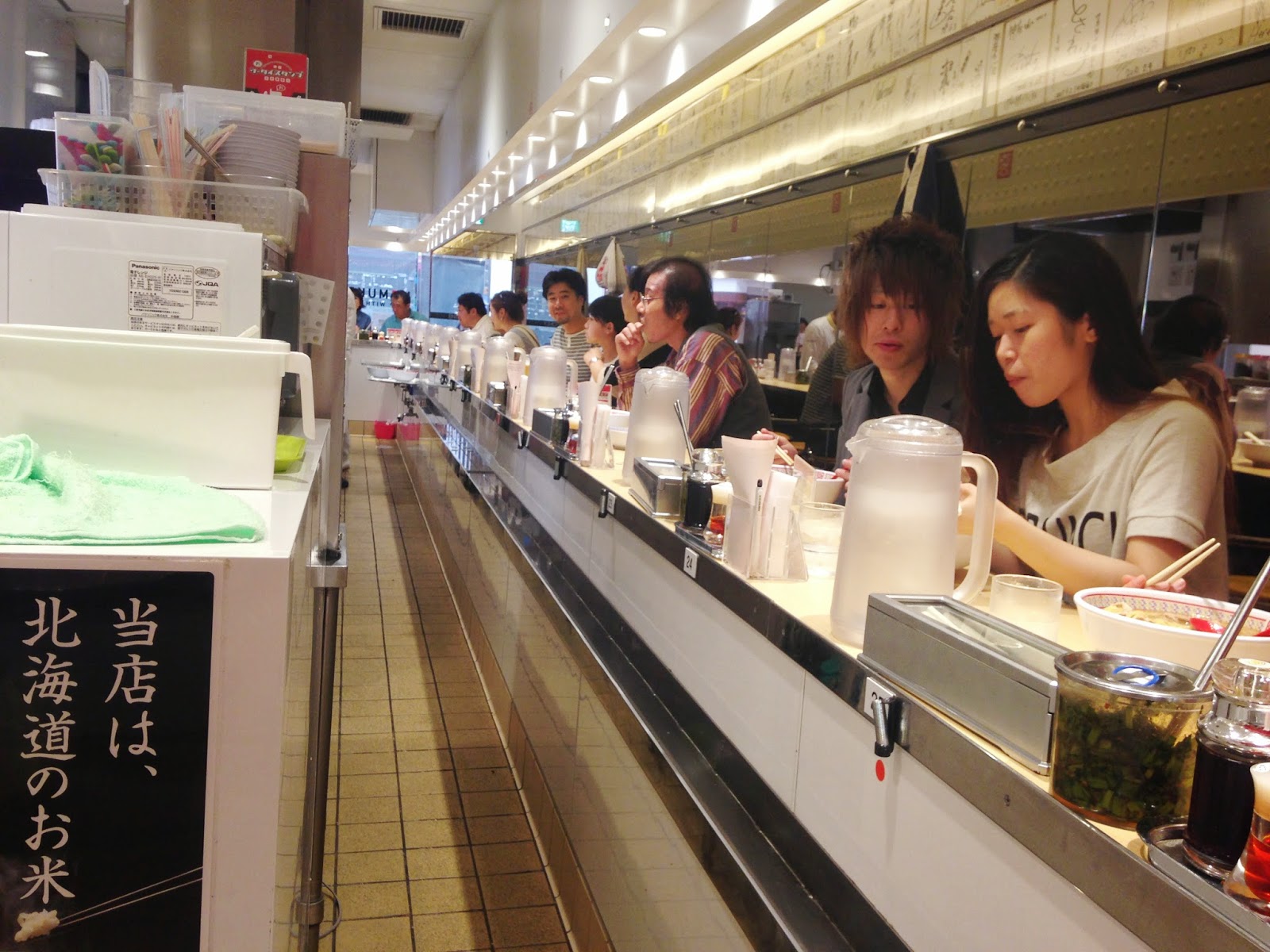 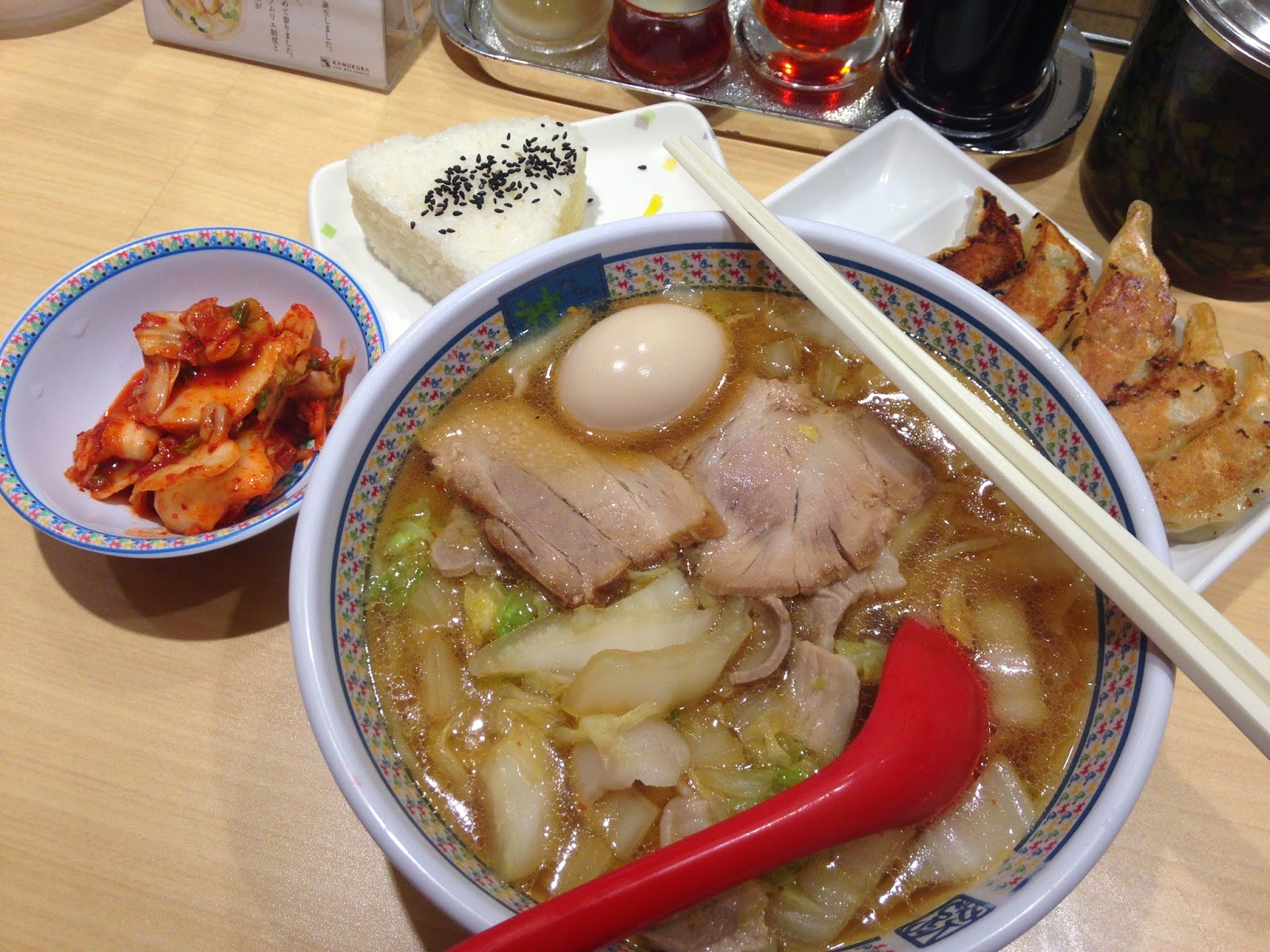 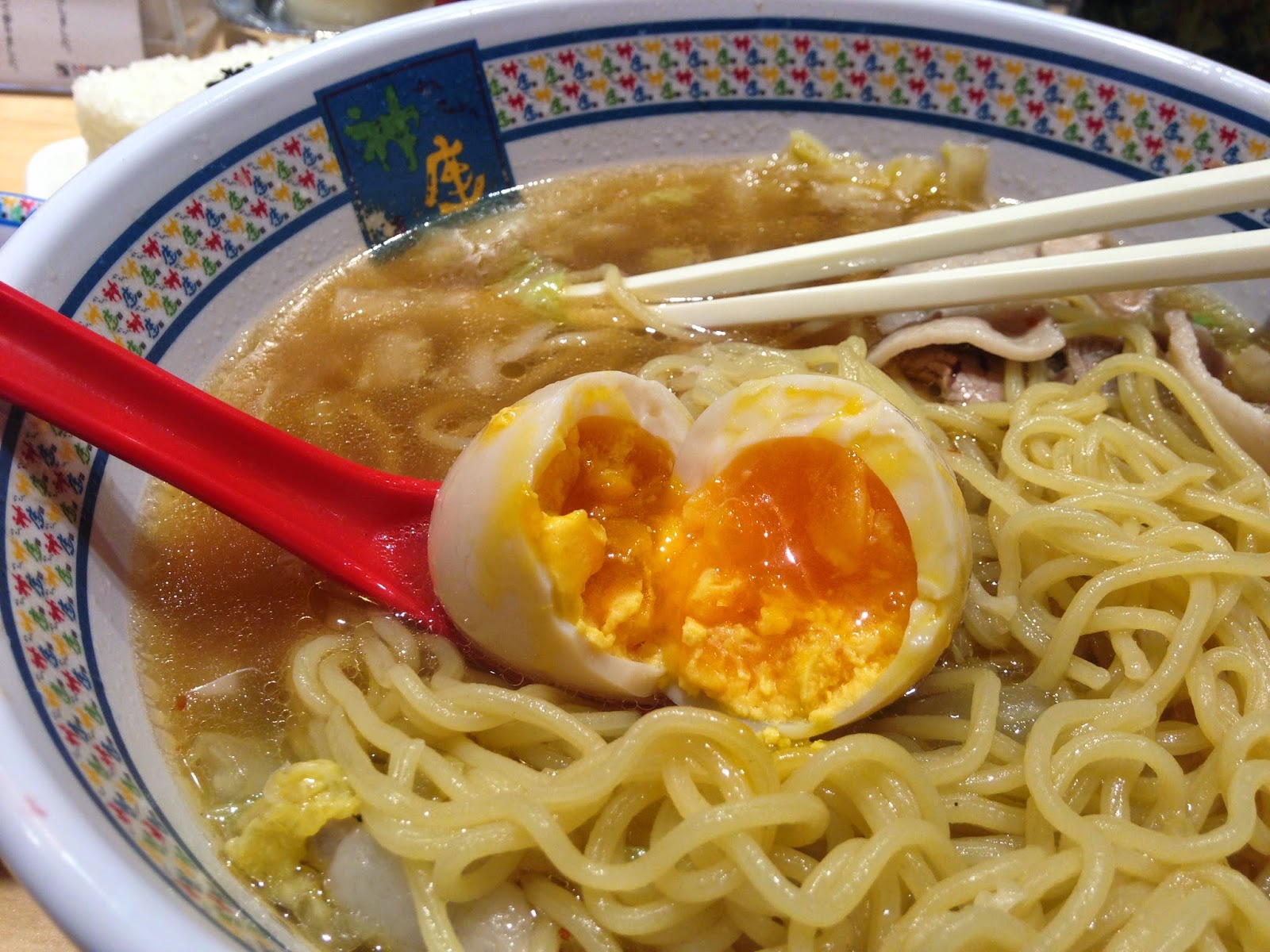 Item 23: Shoyu Ramen (1.5)--noodles were nicely al dente but doughy in flavor; the broth was too salty and greasy for my tastes; the pork = porky; the egg, however, was perfect. 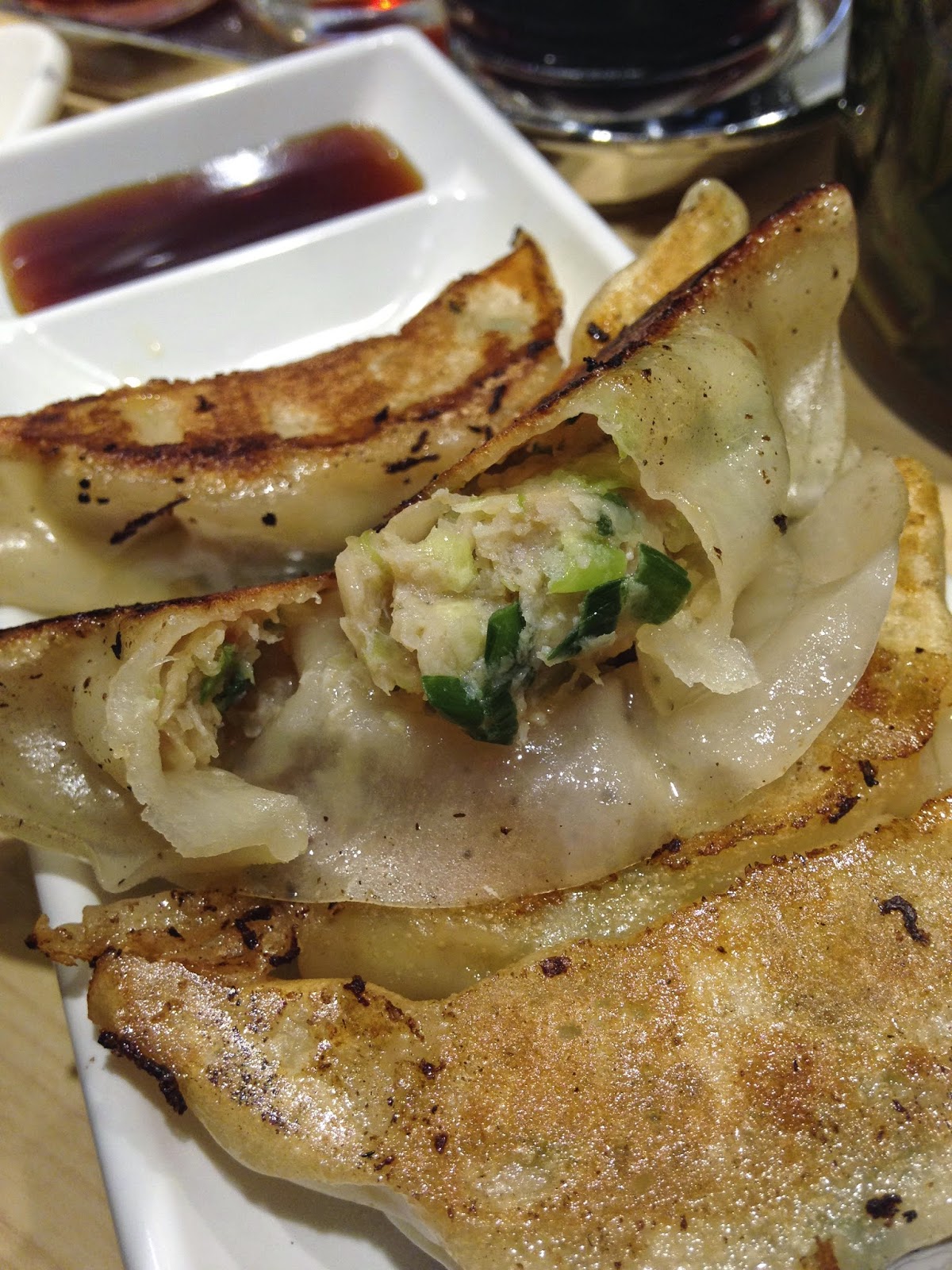 After lunch, I went to Osaka International Airport (ITM) instead of Kansai International Airport (KIX).  Despite the name, the former has handled only domestic flights since 1994, when the latter was opened for all international routes.  I'd flown in through KIX, so I was well aware of the difference, but I just wasn't thinking.  To get to KIX in time to catch my flight back to Manila, I had to take a taxi, which cost JPY 22,000 (about USD 220)--the blog's Number One Swedish Fan Gustaf informs me that this is what Swedes would call "läropengar" = "learning money": a stupid mistake* that costs money but imparts an unforgettable lesson. 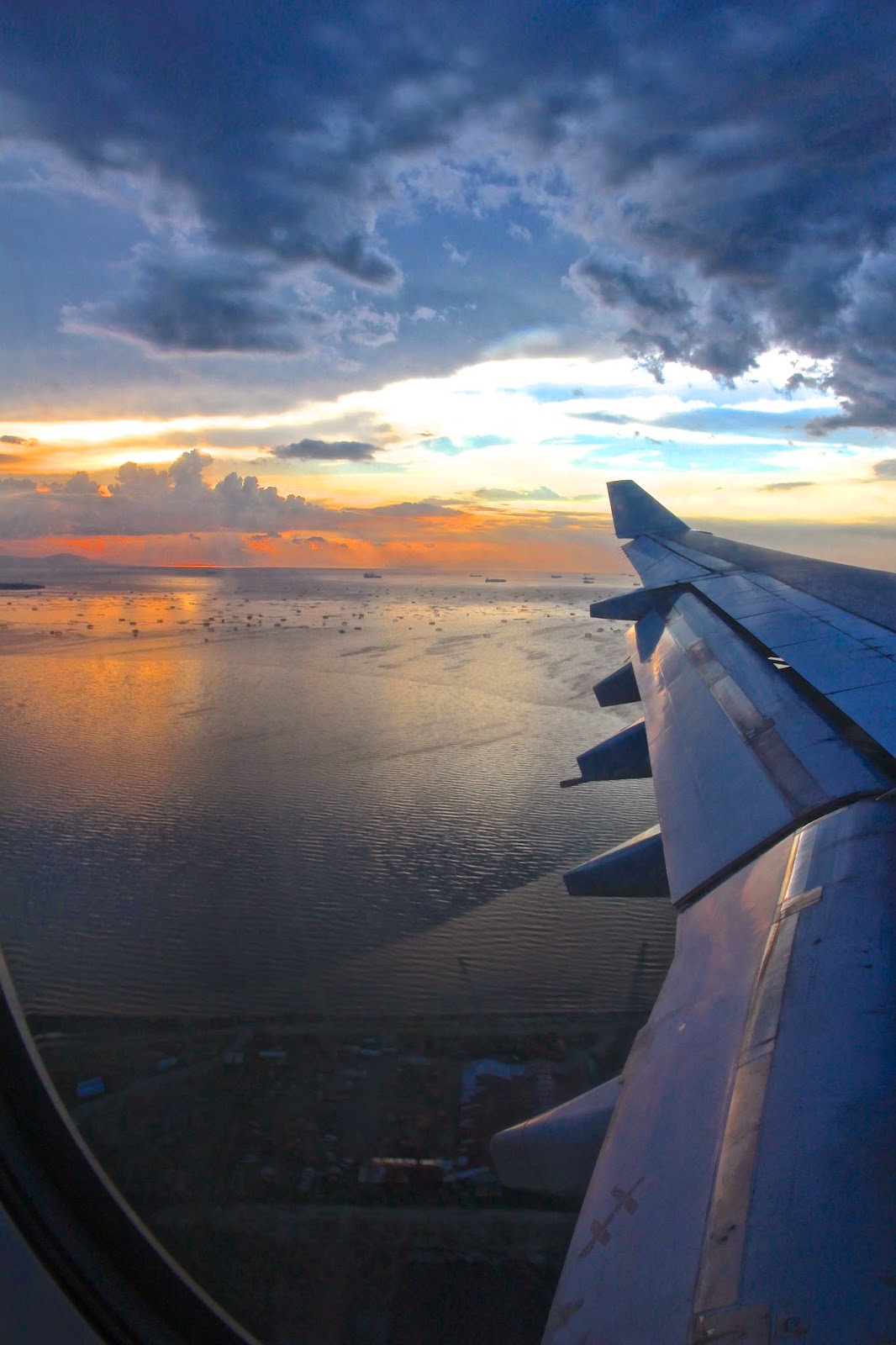 Seeing the sunset upon arrival, it felt good to be back "home" in Manila.


*He told me this in the context of his own stupid mistake.  In our recent exchange of cooking ingredients (see generally 5.100 Tomatsill with Baguette Slices), I'd sent the package to the wrong place because the dumbass had given me his former mailing address.  After a couple weeks, when nobody had claimed it, the package was returned to Korea--fortunately, free of charge, courtesy of the Swedish postal system; I'd checked the box for "dispose" in the event of nondelivery (otherwise, I would've had to pay for the return).  Anyway, I sent it again, this time by surface--come to think of it, I had to pay for both shipments, so this was his mistake but the learning money came from me.  Anyway, the package should get there in about 6 months. 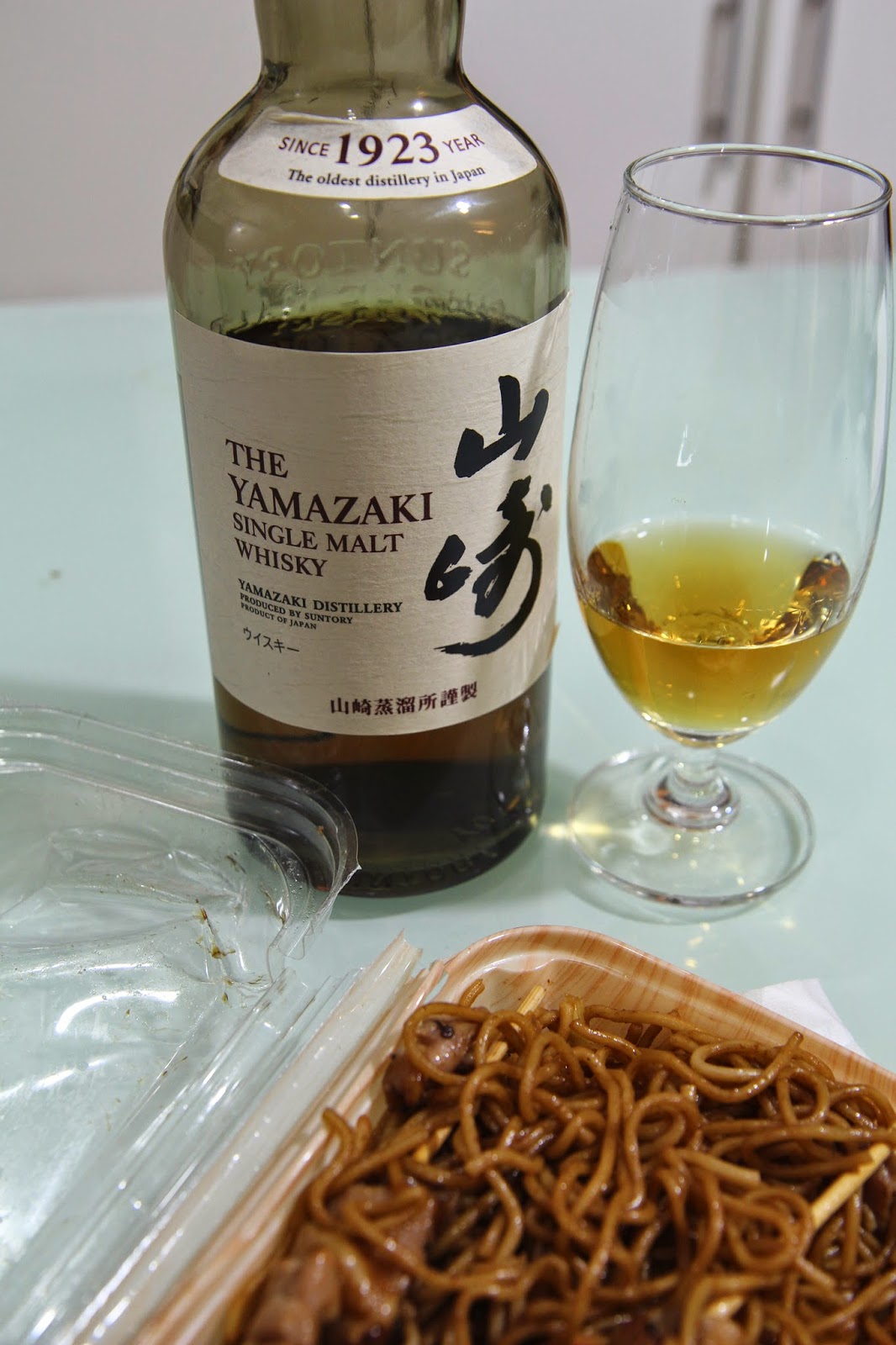 Despite the not-so-high rating, I was won over by the food and food culture.  In particular, I was impressed that Osakans obviously take immense care and respect and pride into the preparation of every single dish, from cooking technique and plating presentation to the actual balance of flavors and textures.  The only drawback is that the vast majority of establishments are Japanese, which may not be  a drawback per se, but in contrast I did appreciate the multi-cultural variety that Singapore had to offer.  Next time, if I stick to the items that I'll be inclined to like, the ratings for Osaka should shoot through the roof.