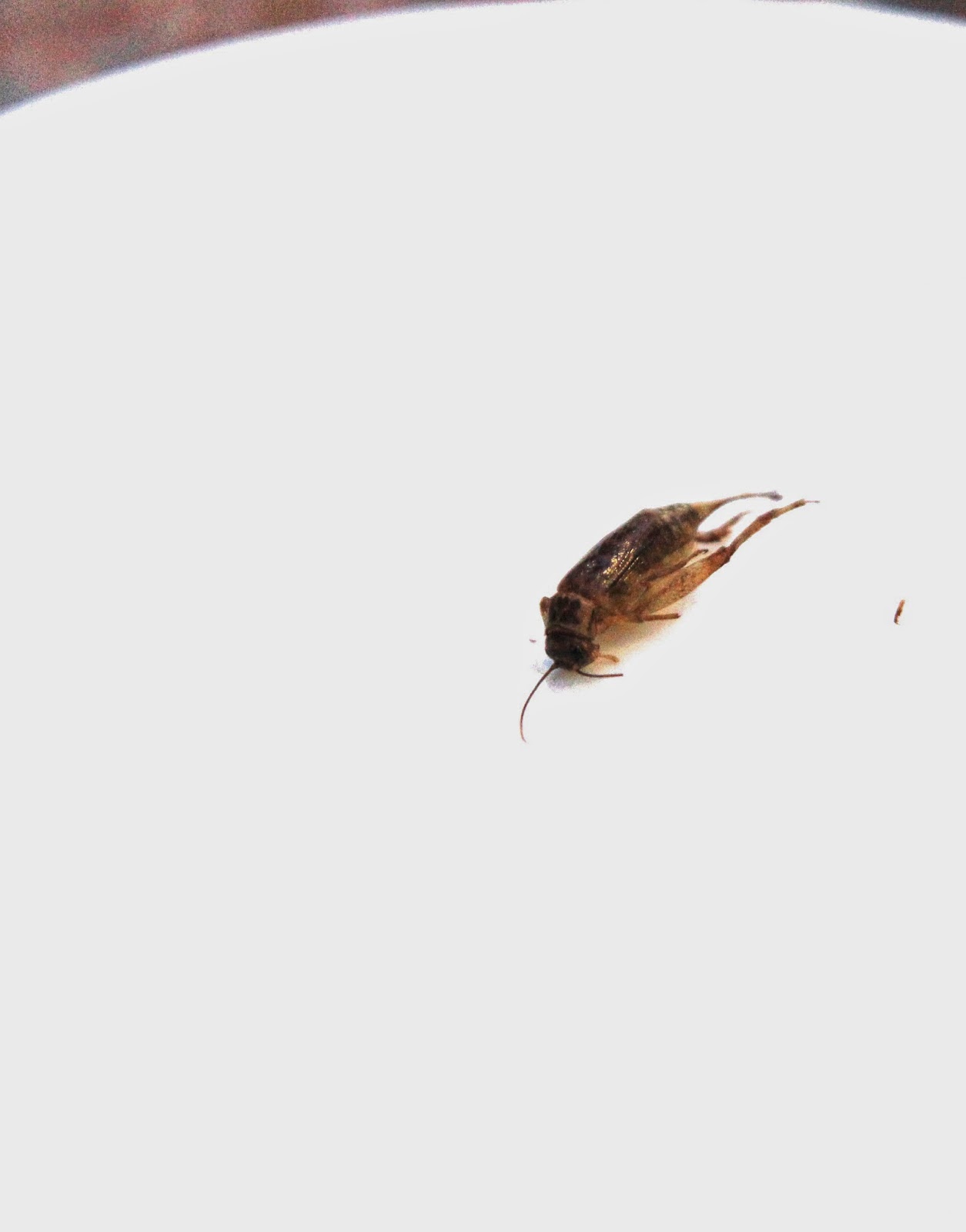 with K Engelhardt, K Mellor, and other members of the workshop organizing committee

16/11.  For 16 days--a weekend in the Philippines, a 3-day workshop in Lao (see generally 5.170 A Deep-Fried Cricket), a weekend in Korea, a 2-day workshop in Fiji (see generally 5.178 Bibimbab), a few airport layovers in between--my itinerary will ultimately take me through 11 cities, more-or-less at dinnertime, providing me the opportunity to have dinner in all of them.

Vientiane is City 4.  I'll be here for 3 days, but only for 2 dinners, tonight and tomorrow, as I'll have to leave for the airport to catch my flight the day after tomorrow, right after the workshop wraps in the afternoon.

I'm in Lao to participate in a workshop to assess, and ultimately strengthen, Lao's policy/law framework on food/nutrition.  Like in many developing countries these days, the problem here is the double burden of malnutrition, which means that people are either starving to death due to a lack of food or eating themselves to death with an overabundance of junk food.  The solutions will require multisectoral engagement not only of the health sector but also finance, trade, commerce, agriculture, education, and others.  Just getting them into the same room is a major achievement. 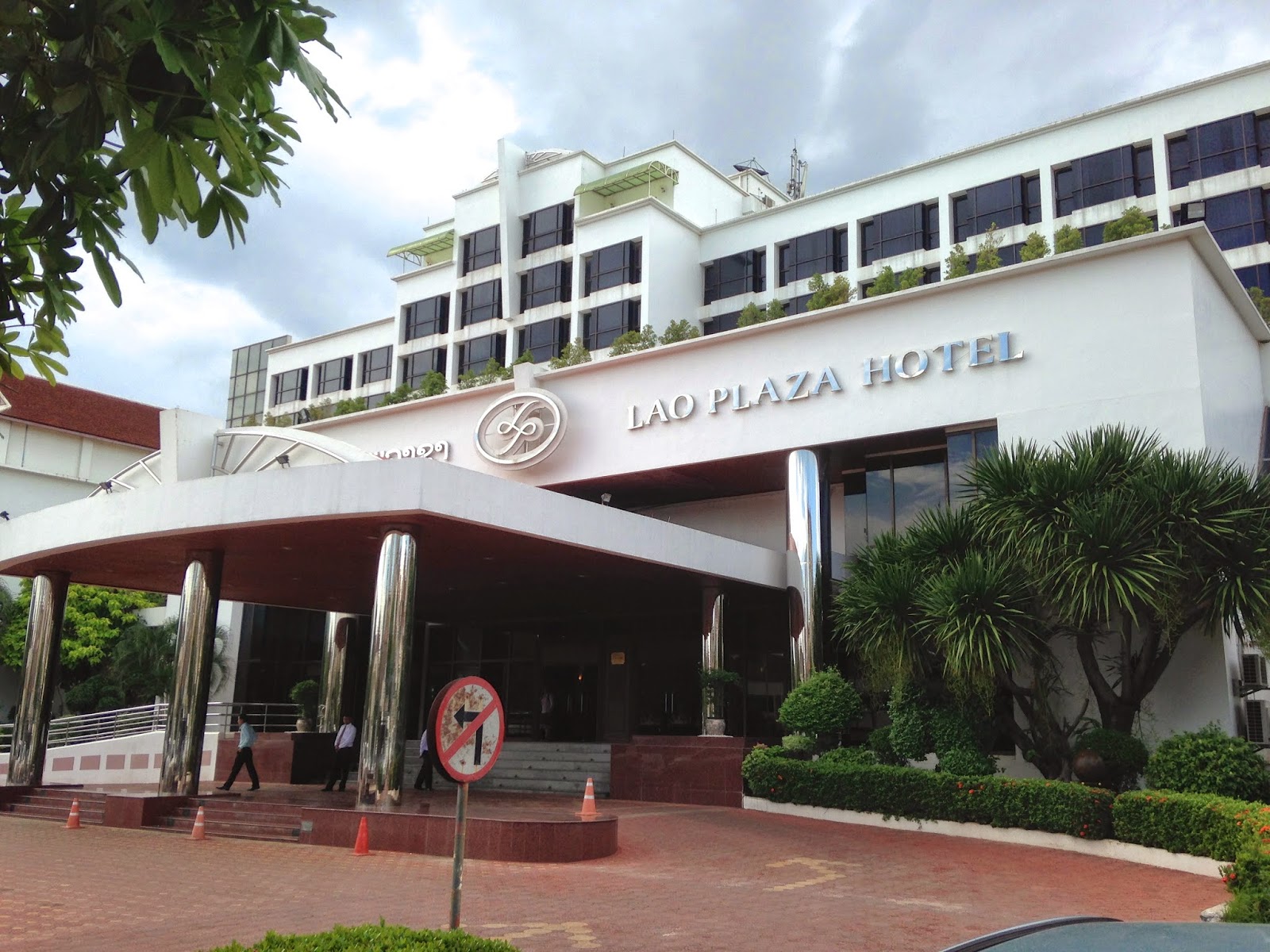 The fanciest hotel in the country--seriously. 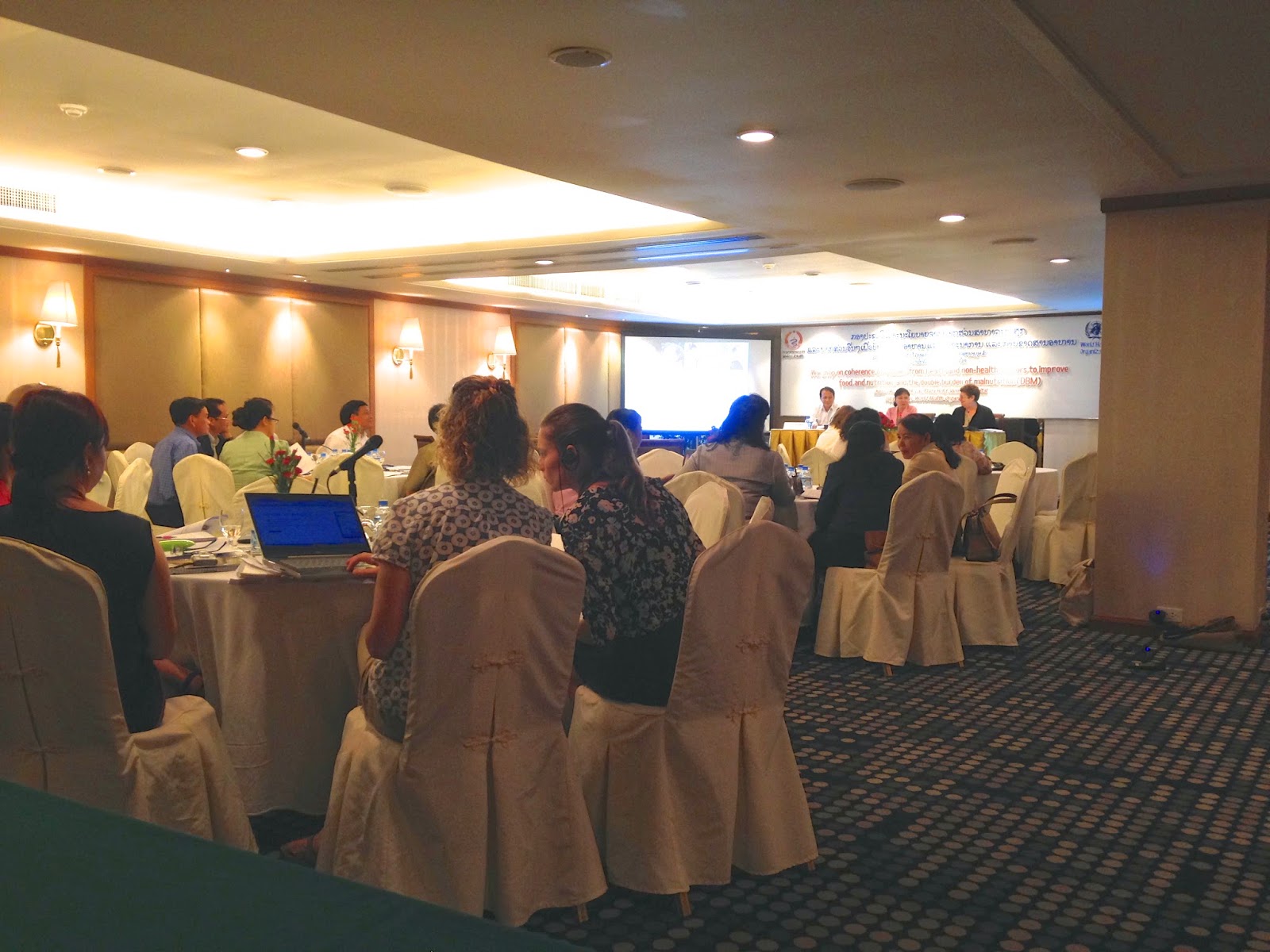 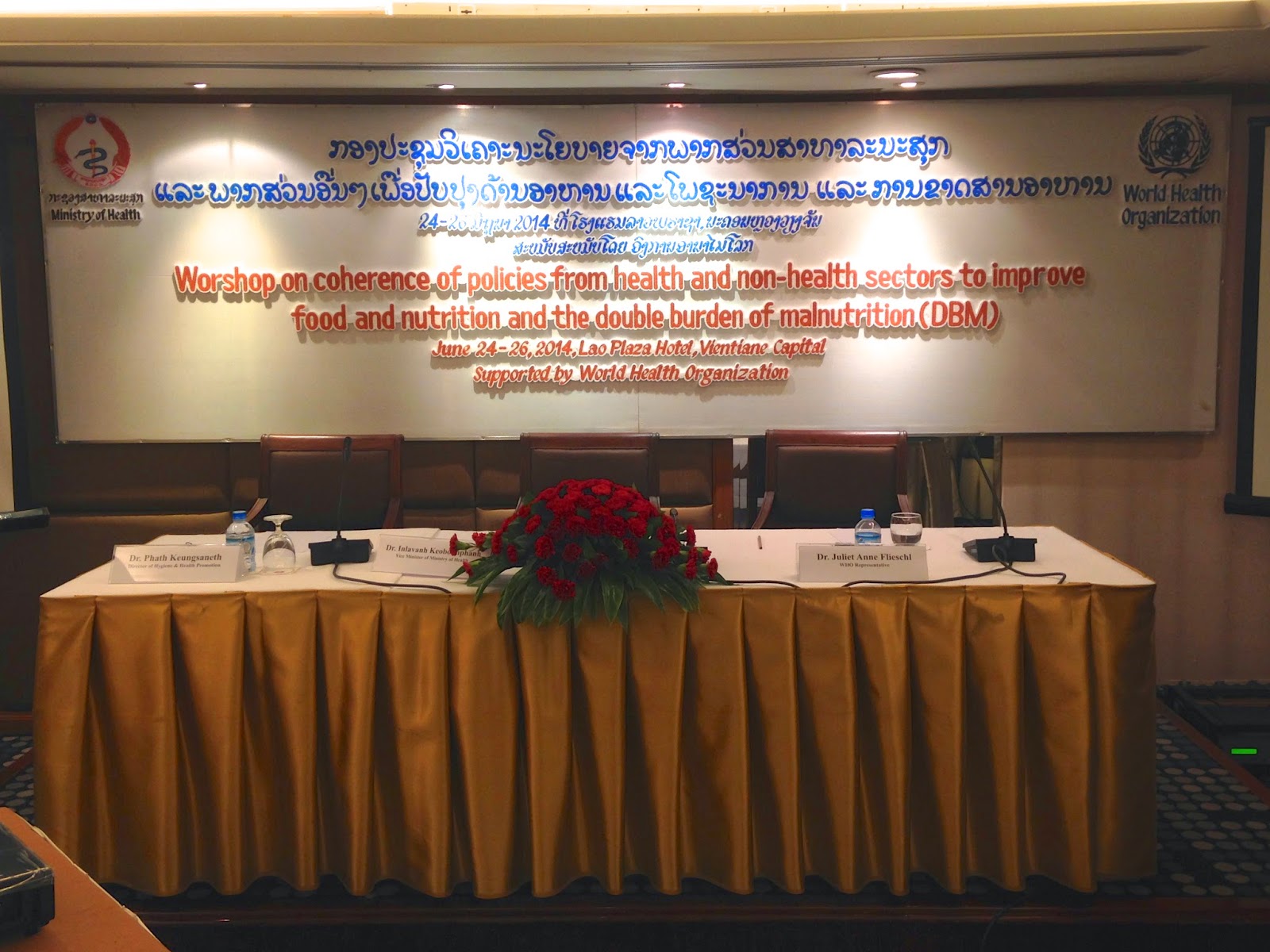 Khop Chai Deu is a Lao restaurant.  According to the website, it's the oldest restaurant in Vientiane.  Also touted by the website as "the meeting point for the tourists who arrive in Laos and wish to get a taste of a true Lao restaurant...an afternoon spot for the expats who like to meet after work"--indeed, I was the only non-white customer in the joint. 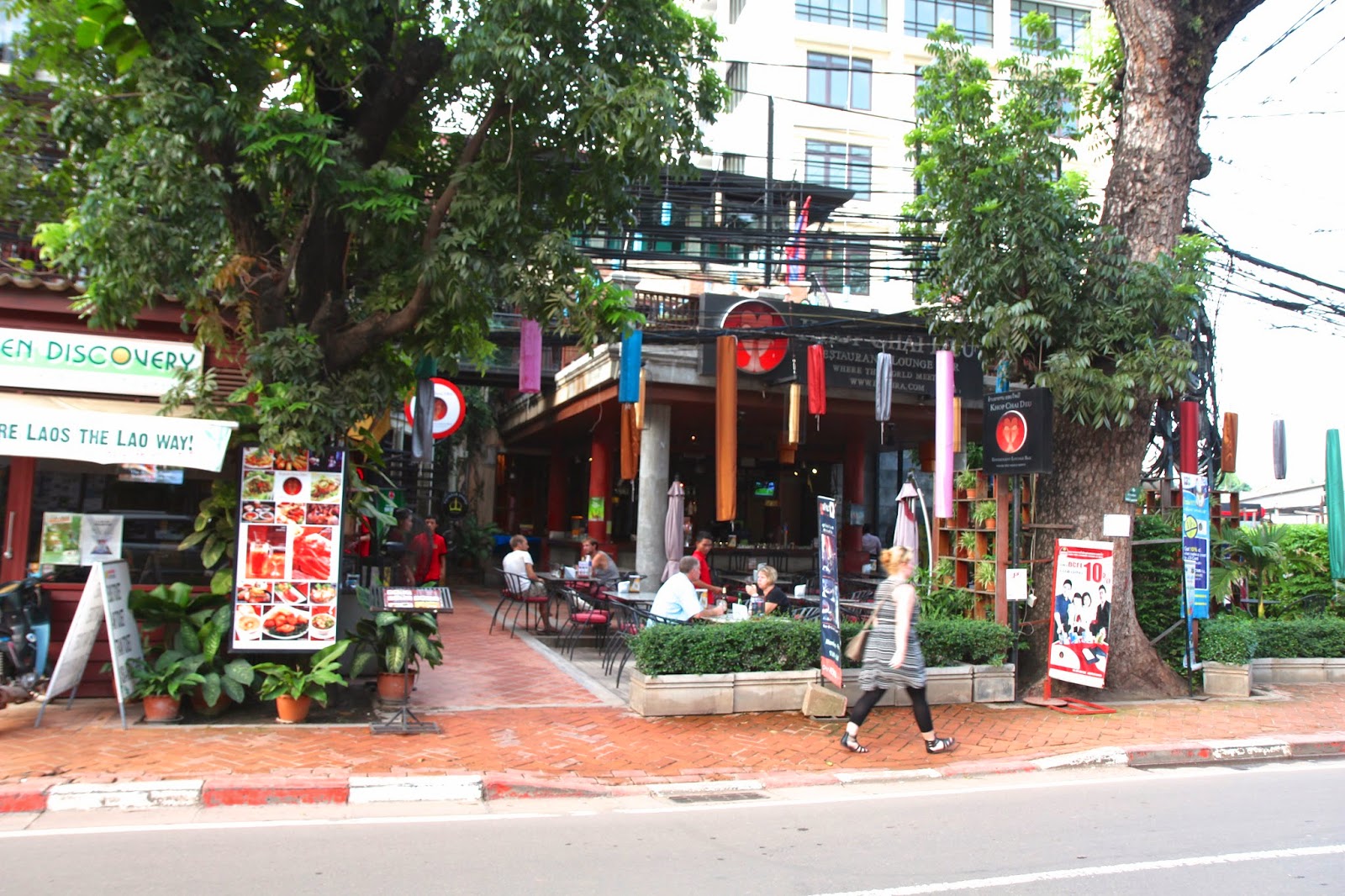 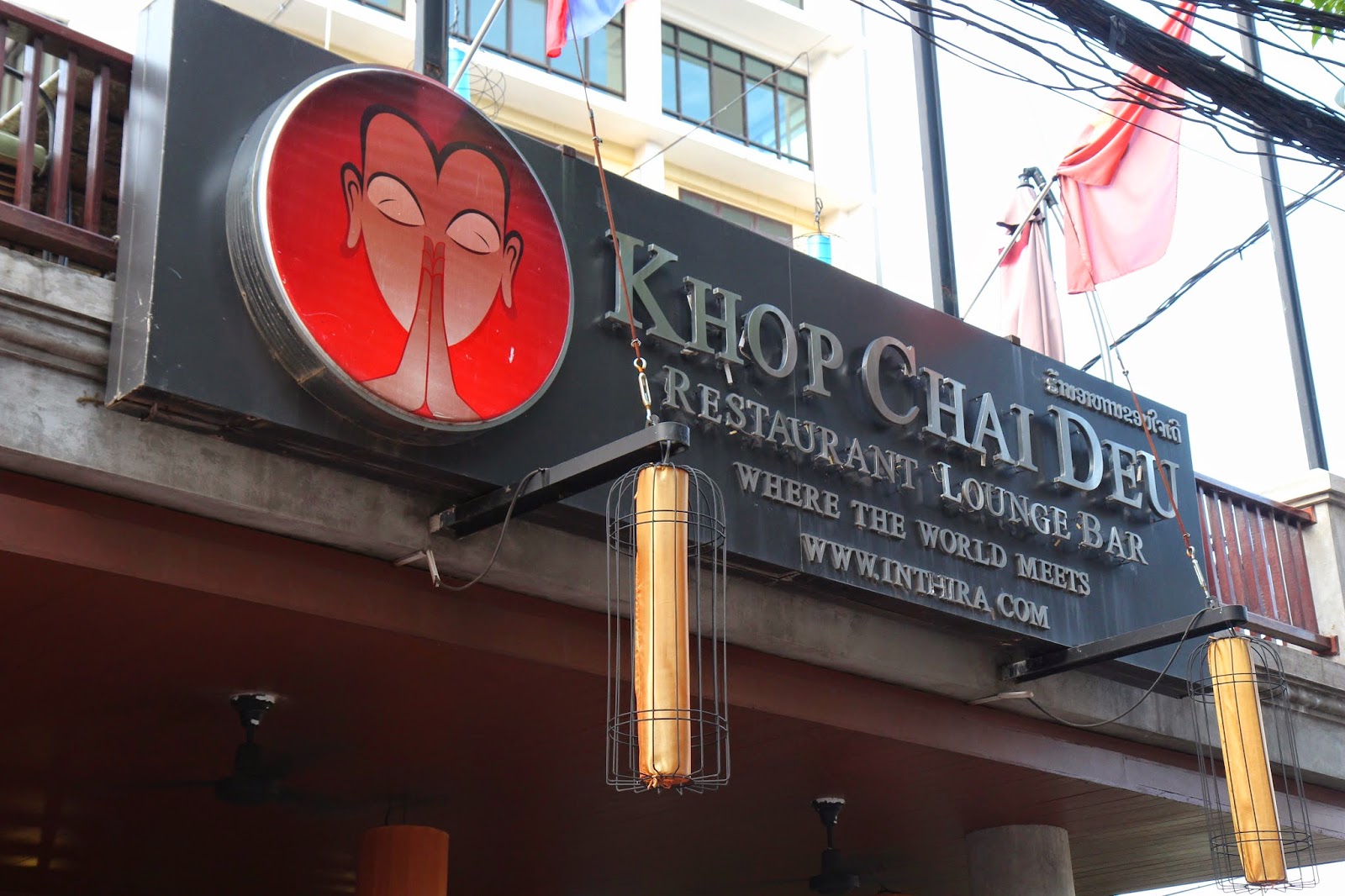 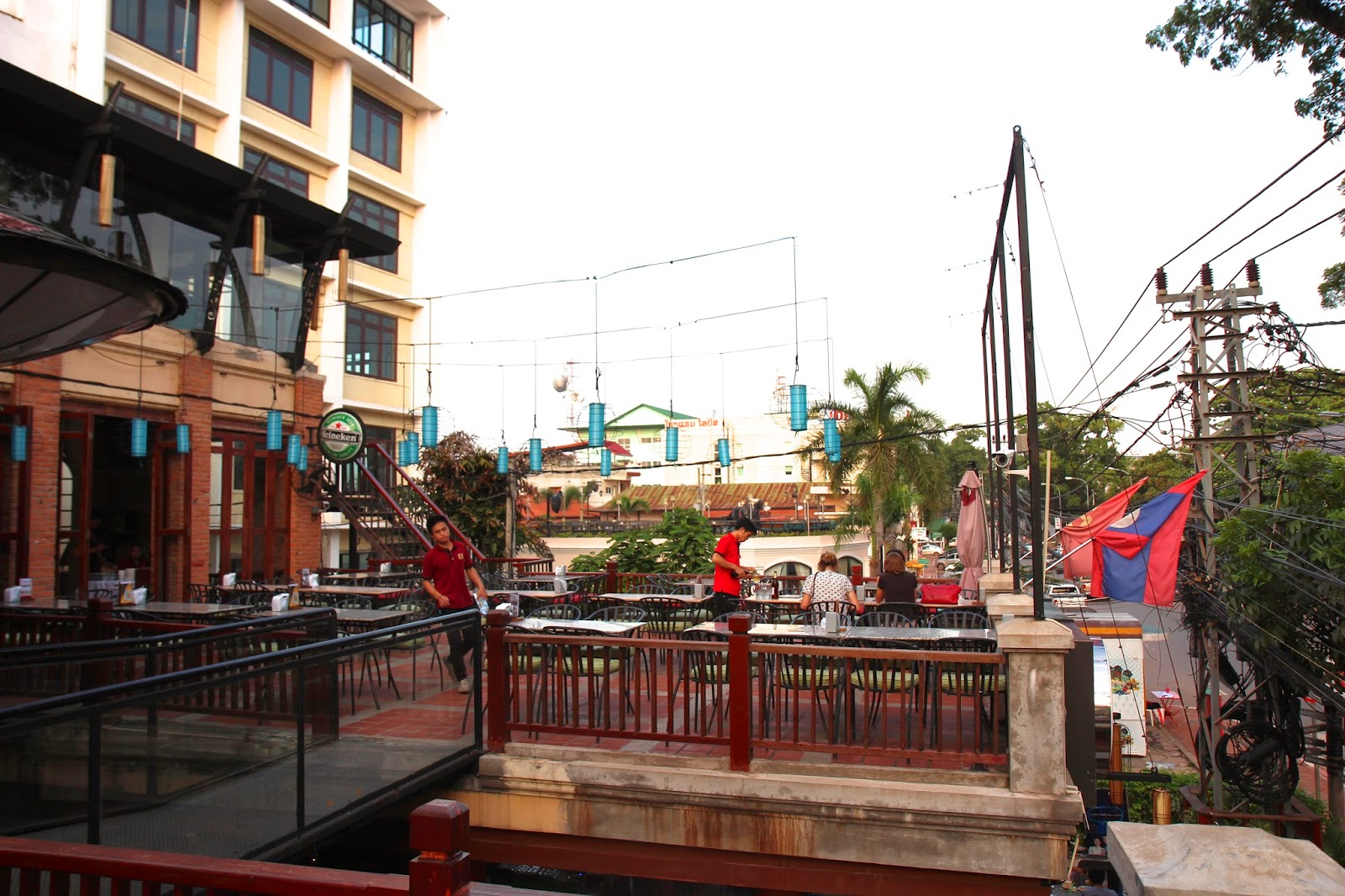 We sat on the balcony; despite all my years living in the States and amongst the white folk, I still don't understand why they enjoy sitting (a) outdoors (i.e., without air-conditioning) and (b) in the sun.


The food was kinda crappy, for a few reasons.

First, almost everything ordered was vegetarian.  The spread turned out that way because someone in the party--a lowly intern, incidentally--happens to be a vegetarian--technically, not even a strict vegetarian, she just prefers vegetables.  As I'd mentioned in a recent post, people are so ingratiatingly accommodating to vegetarians these days (see generally 5.150 American-Style Greek Salad).  I'm beginning to feel a growing hostility that may soon explode.  Anyway, as much as I do love veg, I can't stand eating just veg. 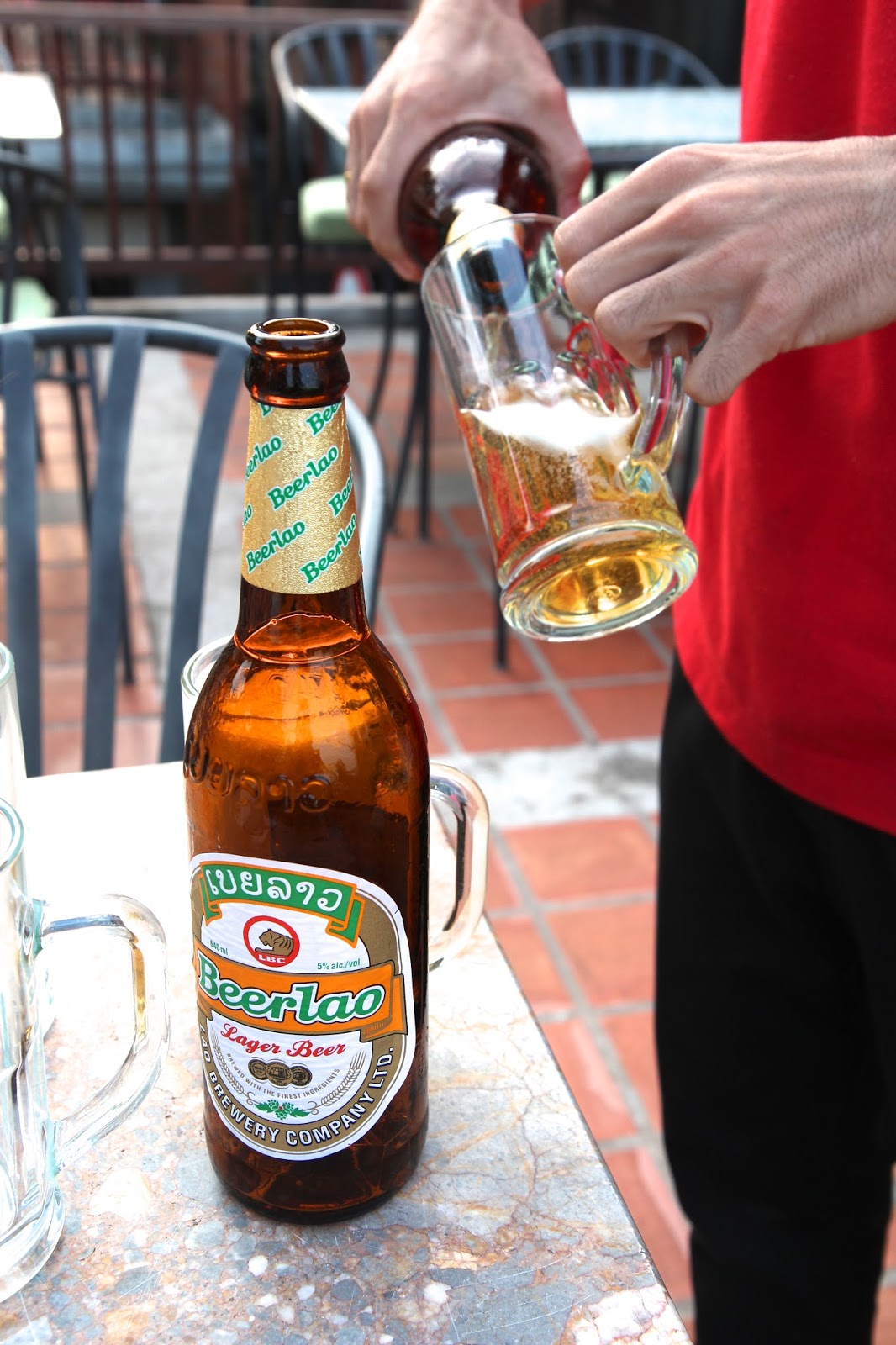 Second, I'm beginning to think that Lao food is a bit too extreme and austere for my tastes.  This is based on three meals: dinner on a prior visit (see generally 3.271 Larb Gai), lunch this afternoon, and tonight's dinner.   The cuisine seems to employ many similar herbs and seasonings found in neighboring Thailand and Cambodia, like basil and cilantro and chilies and lemongrass and fish sauce, but here everything is left raw and used on their own as main ingredients, rather in small amounts as accents or garnish.  For example, the spring rolls were filled with pretty much basil and cilantro.  The salad was dressed in what seemed to be unadulterated fish sauce.  I'm not yet ready for such intensity. 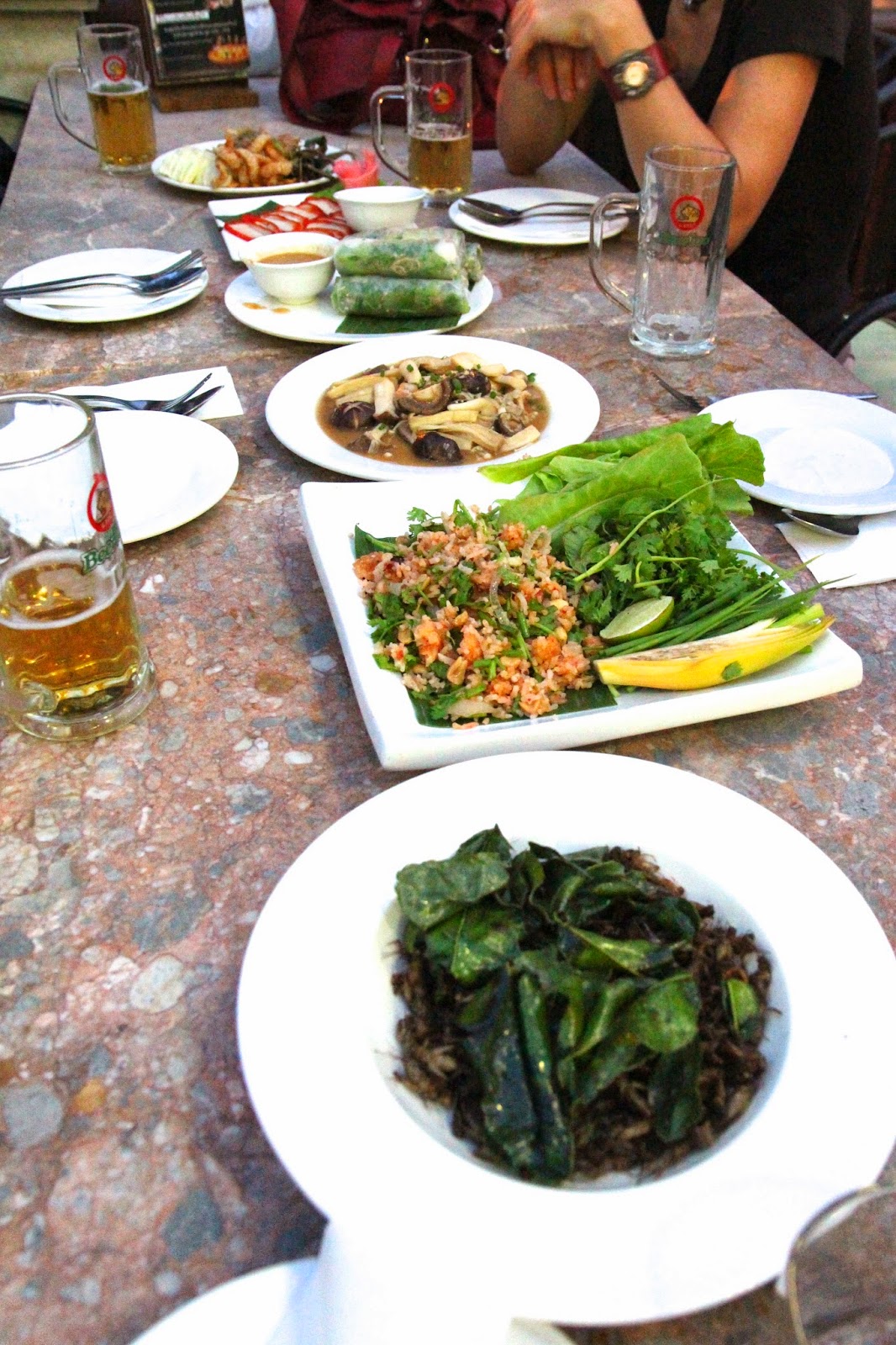 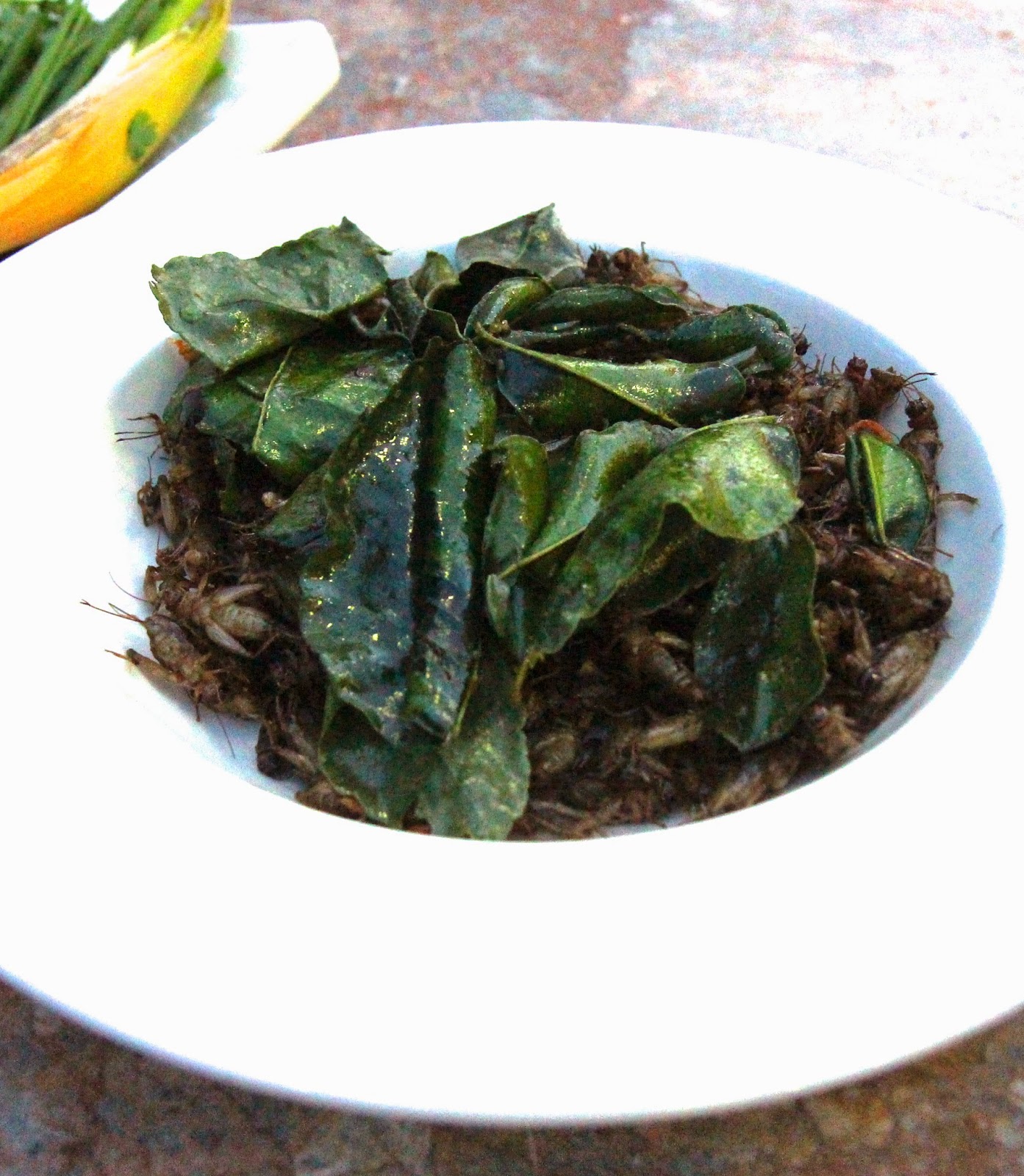 And third, my one non-vegetarian contribution, the crickets weren't so great.  Not that I expected them to be, but I wanted to try something completely new.  They--and by "they," I mean the single specimen that I tried--didn't really taste like anything, just the slightly stale oil in which they'd been deep-fried.  And not even very crispy, just a bit soggy and greasy, as if the oil hadn't been hot enough.  Better than ants (see generally 3.269 Fried Beef with Red Ants).  Thanks anyway. 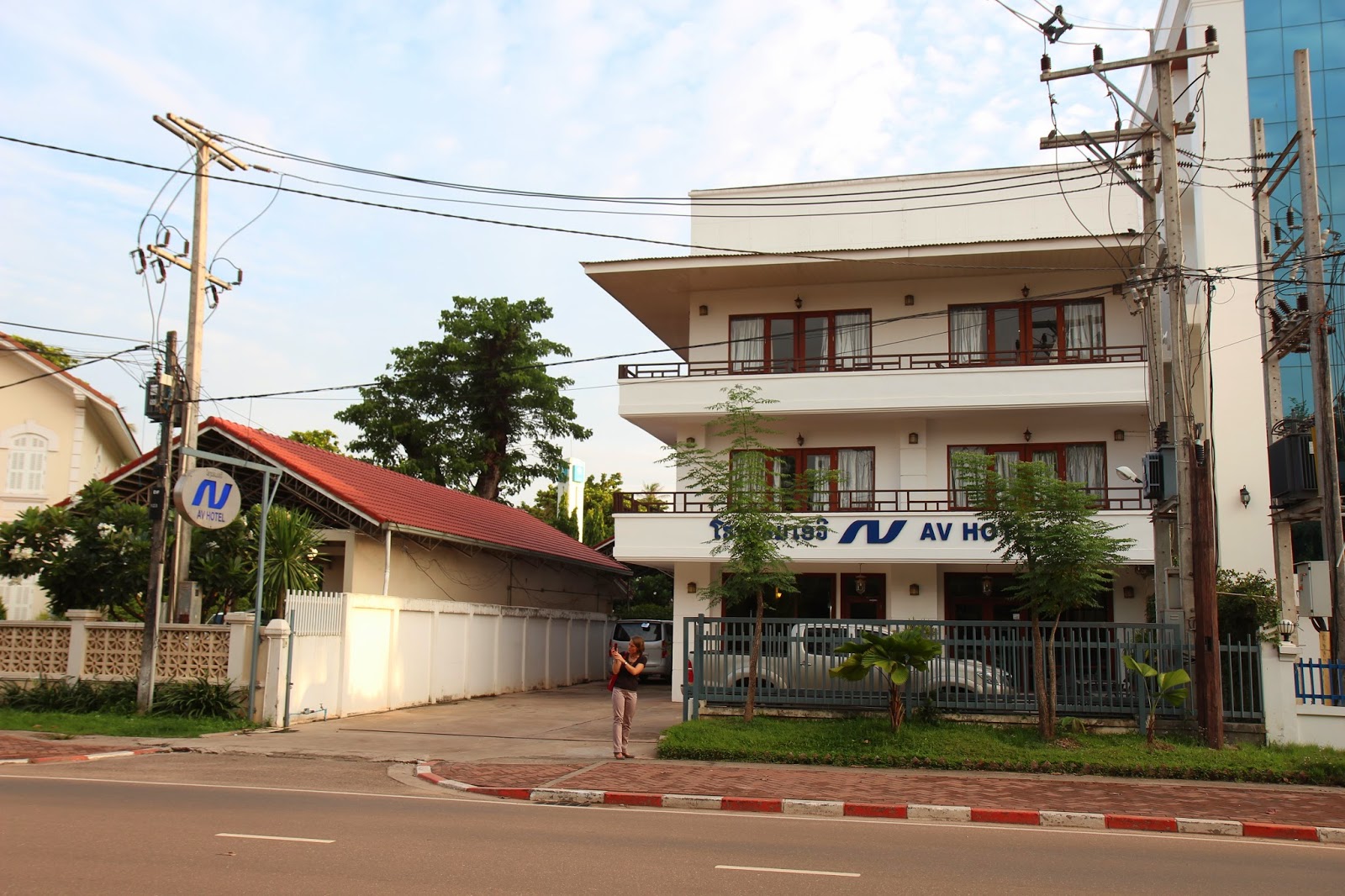 AV Hotel, our rinky-dink accommodations down the street.