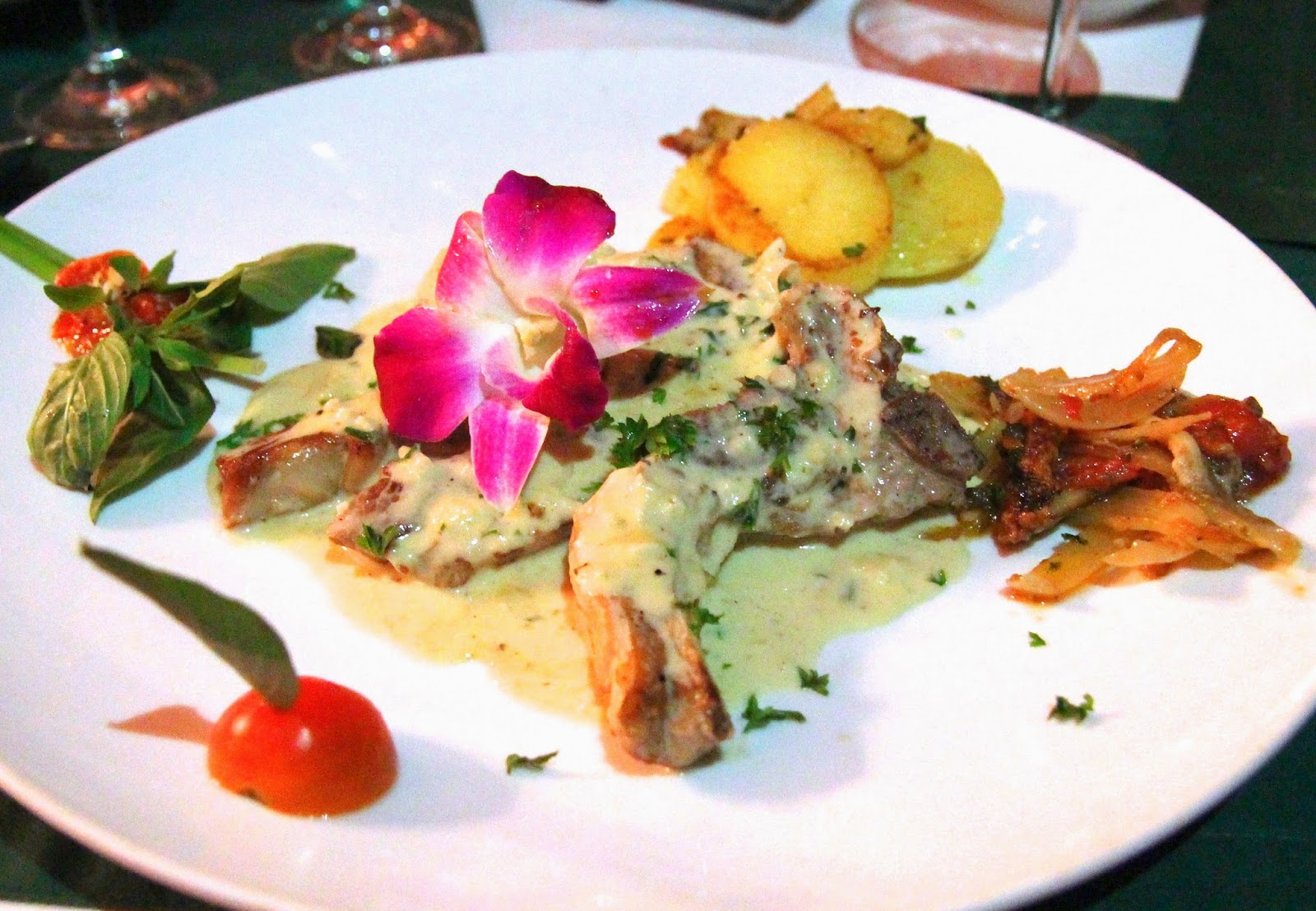 with K Engelhardt, K Mellor, and other members of the workshop organizing committee

16/11.  For 16 days--a weekend in the Philippines, a 3-day workshop in Lao (see generally 5.170 A Deep-Fried Cricket), a weekend in Korea, a 2-day workshop in Fiji (see generally 5.178 Bibimbab), a few airport layovers in between--my itinerary will ultimately take me through 11 cities, more-or-less at dinnertime, providing me the opportunity to have dinner in all of them.

Vientiane is City 4.  I'll be here for 3 days, but only for 2 dinners, yesterday and tonight, as I'll have to leave for the airport to catch my flight tomorrow, right after the workshop wraps in the afternoon. 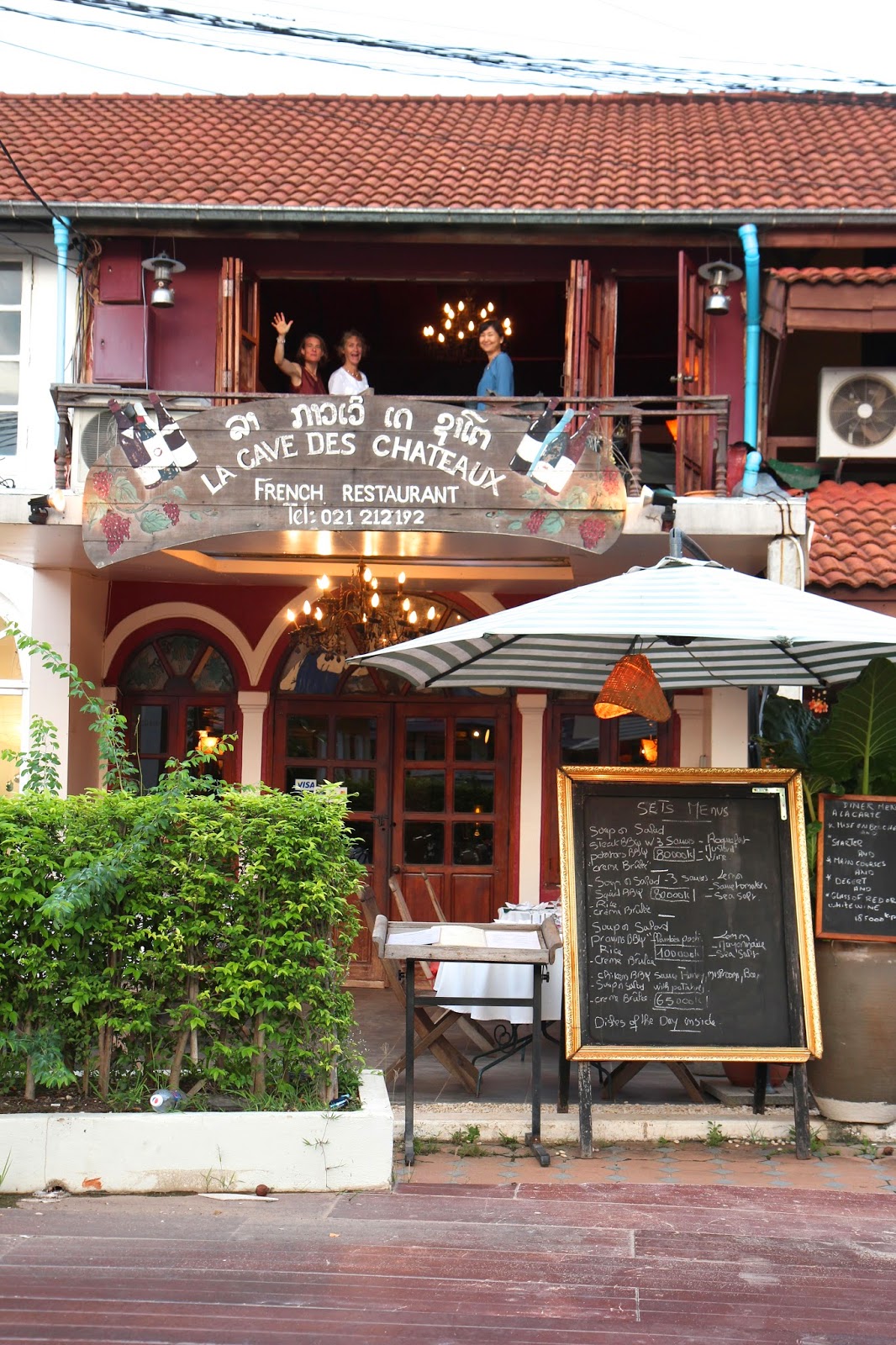 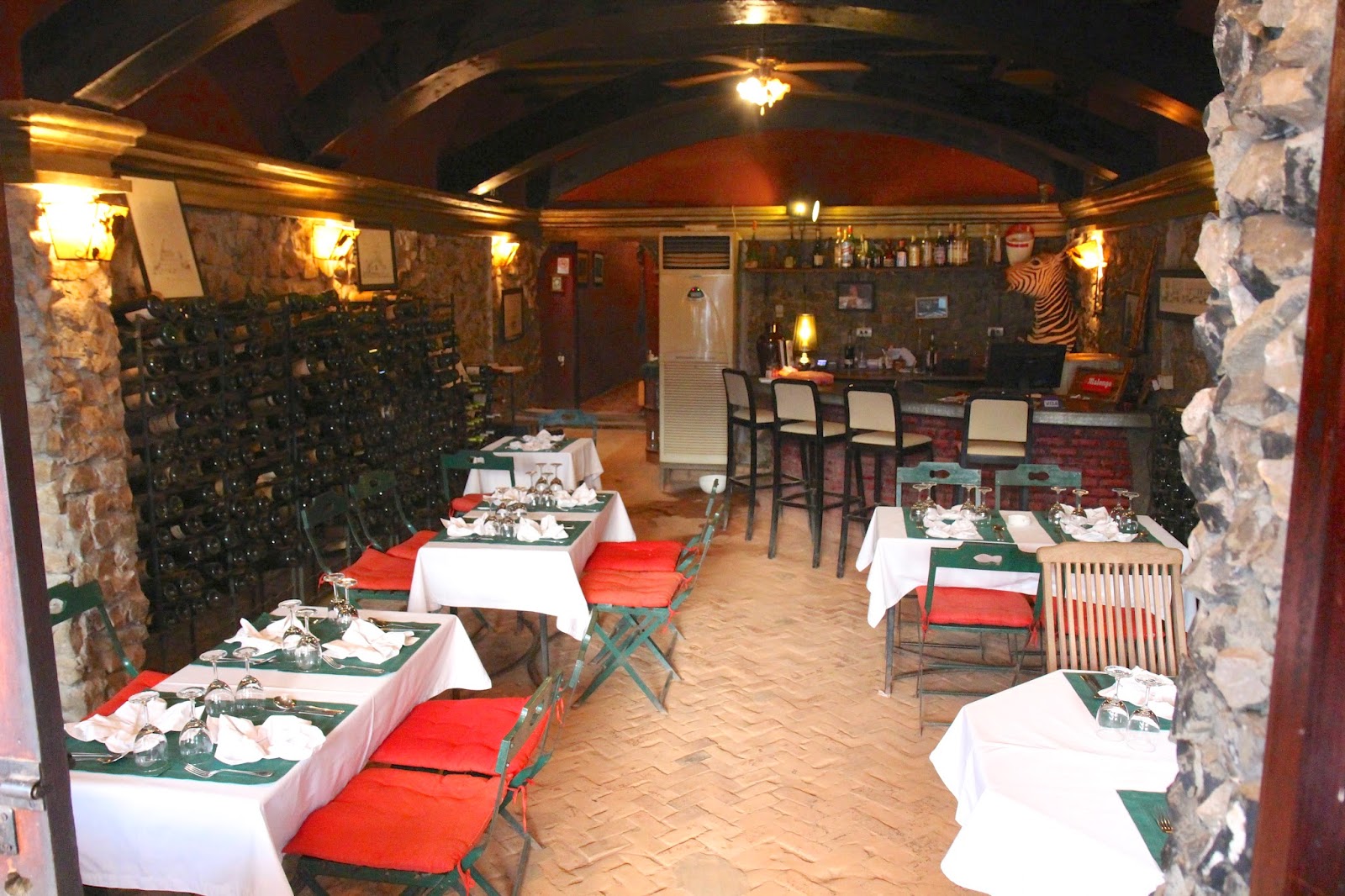 The main dining hall was perfectly dim and air-conditioned... 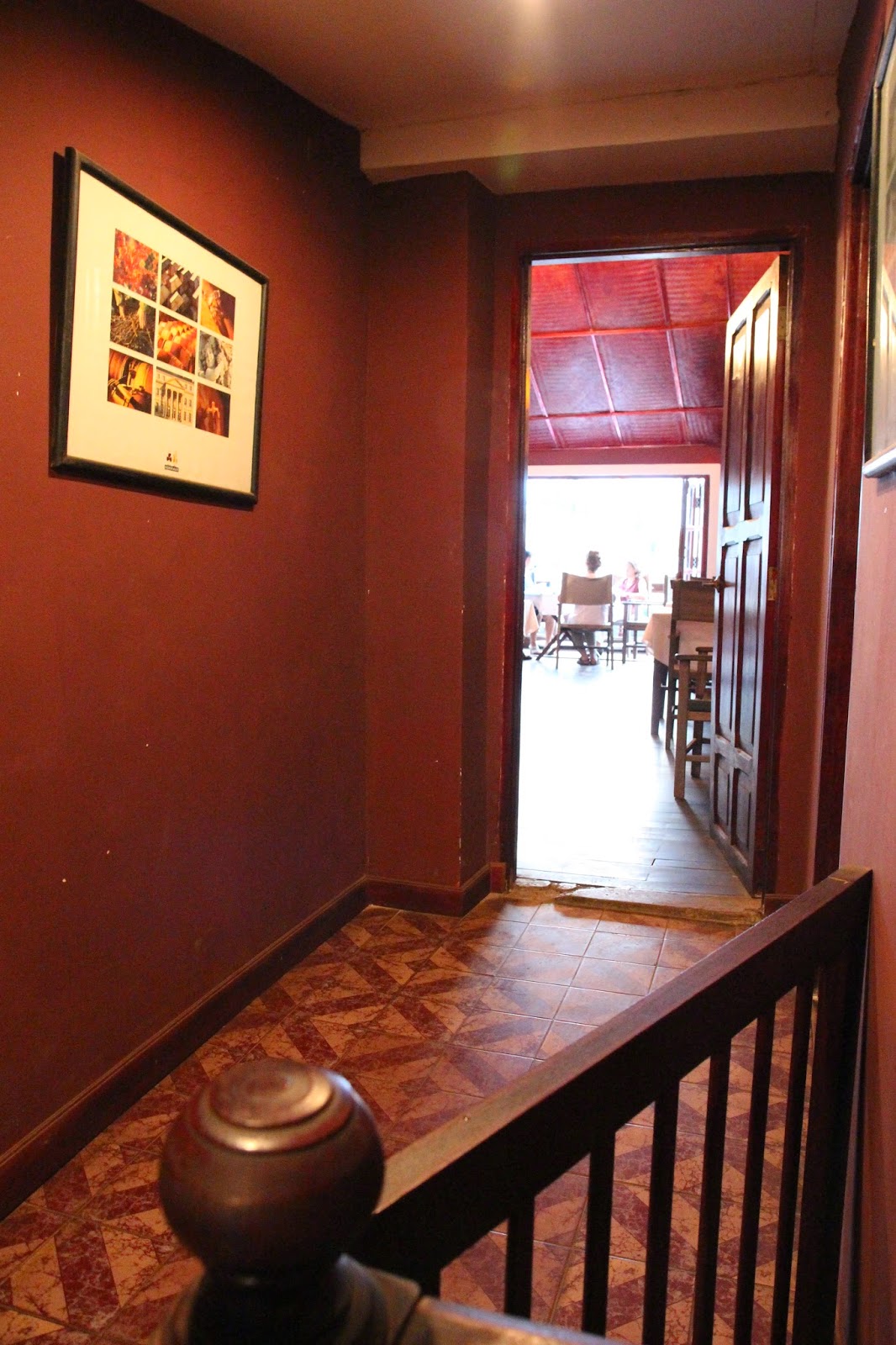 ...however, as I mentioned yesterday, white folk just love to sit outdoors under the sun... 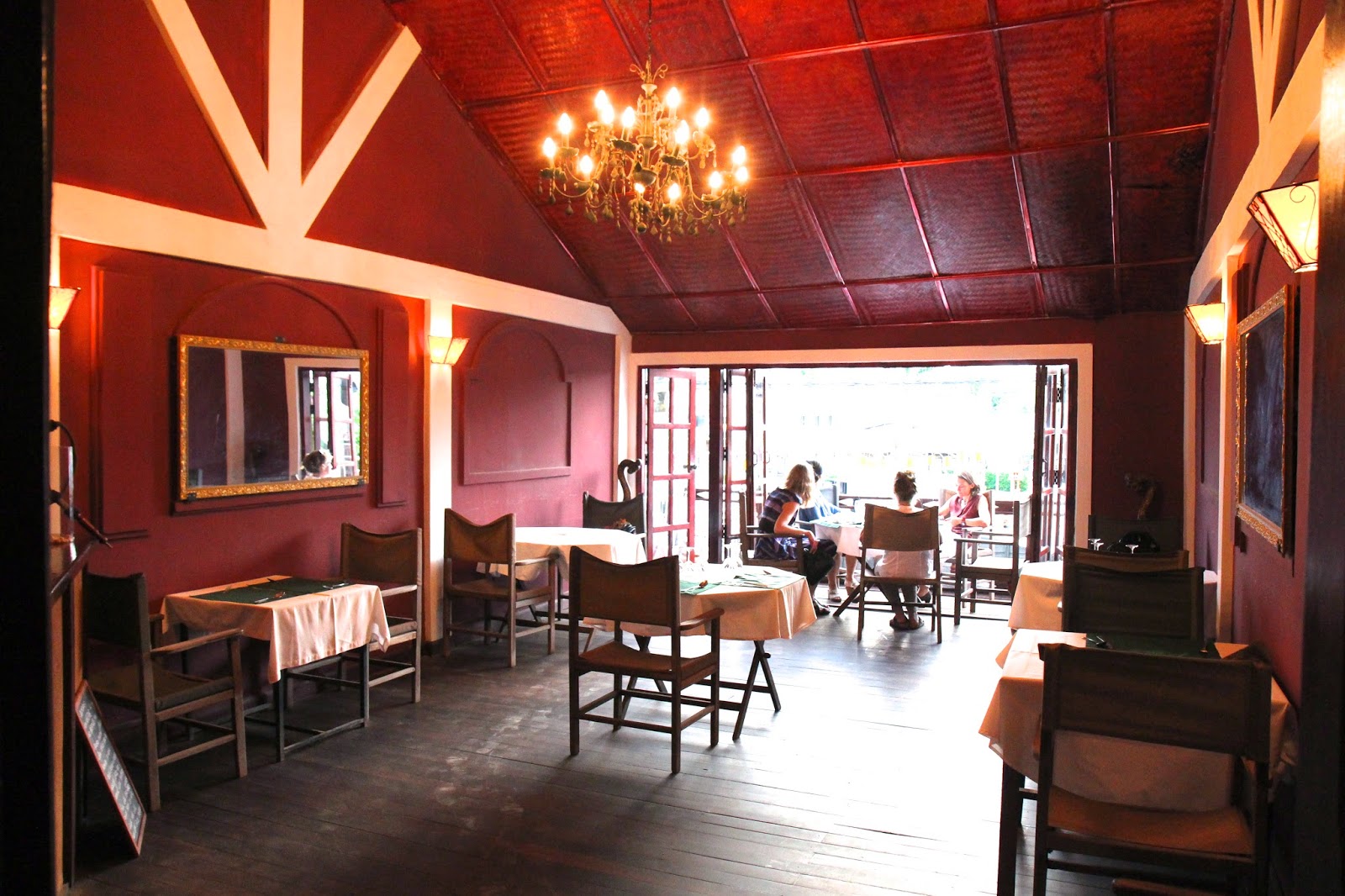 ...so they insisted on dragging a table out onto the 2nd-floor balcony--"Oh, come now, Ki, you've enjoyed air-conditioning all day long; get some fresh air;" no joke, I left dinner early to go back to my hotel room and enjoy some more air-conditioning.


Many French restaurants are scattered about Vientiane.  Though not necessarily the establishments themselves, the ubiquity of French cuisine is a cultural legacy from over a half-century of colonial rule under French Indochine.  By contrast, the country doesn't yet, as far as I could determine, have a single American fastfood chain.

La Cave des Chateaux is one such French restaurant.  Indeed, the restaurant occupies a former colonial-era residence, architecture being another cultural legacy.  The menu was half classical--meats and sauce--and modern bistro--pastas and pizzas. 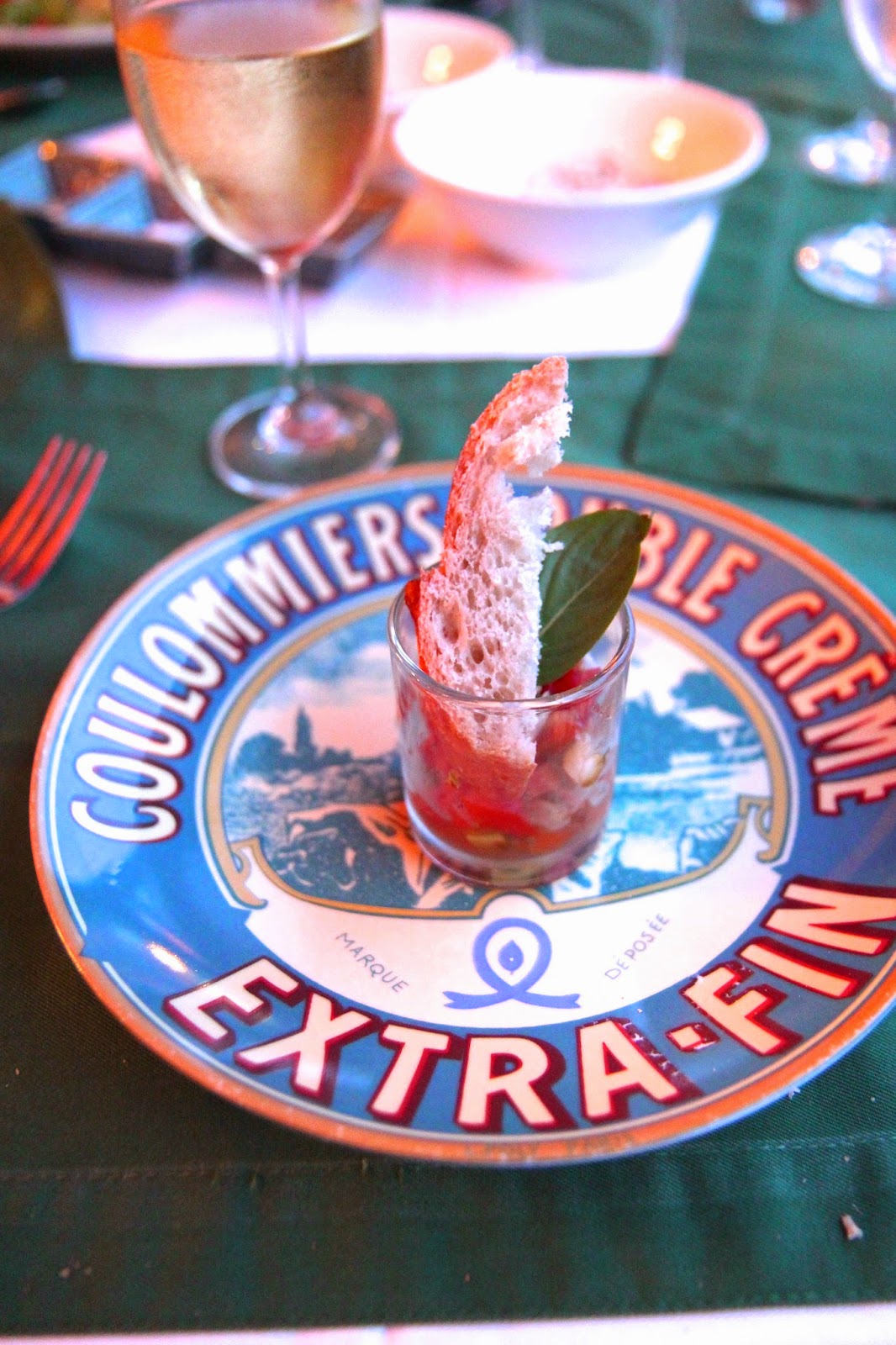 Actually, the server got my order wrong and initially brought me the lamb in some kind of jam sauce; the only thing that I hate more than fruit in my food is jam; the redo consisted of the same pieces of meat, the jam cleaned off--I didn't mind, why waste the meat??--this time with the cream sauce.


The food was okay.  I would've enjoyed it more with air-conditioning.