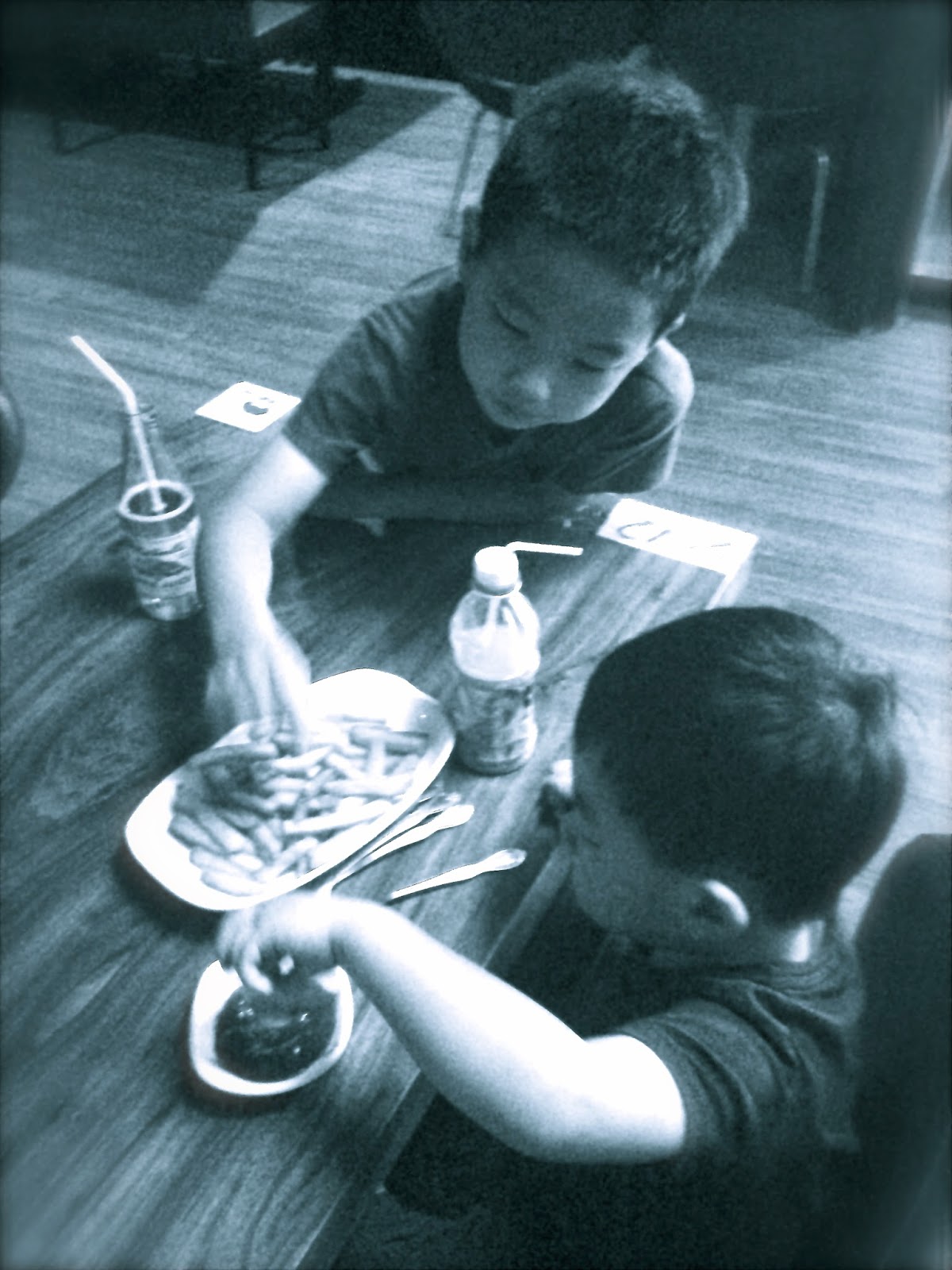 16/11.  For 16 days--a weekend in the Philippines, a 3-day workshop in Lao (see generally 5.170 A Deep-Fried Cricket), a weekend in Korea, a 2-day workshop in Fiji (see generally 5.178 Bibimbab), a few airport layovers in between--my itinerary will ultimately take me through 11 cities, more-or-less at dinnertime, providing me the opportunity to have dinner in all of them--though I've now missed 1.

To conclude a 2-part lecture at Ajou University, which I'd started a couple weeks back (see previously 5.159 Maguro Sashimi), I had to be in Korea today.

Otherwise, I would've stayed in Vietnam over the weekend.

Had I eaten dinner in Suwon, the city where the school is located, it would've been City 6.  But I didn't feel like sticking around and instead returned to Seoul.

So, Seoul is City 6.  I'll be here through Sunday afternoon.

Later, the camping crew had a midnight impromptu get-together at our neighborhood beer joint (see generally 3.251 Deep-Fried Smoked Chicken).  And yes, we took the kids--they learned to play darts.