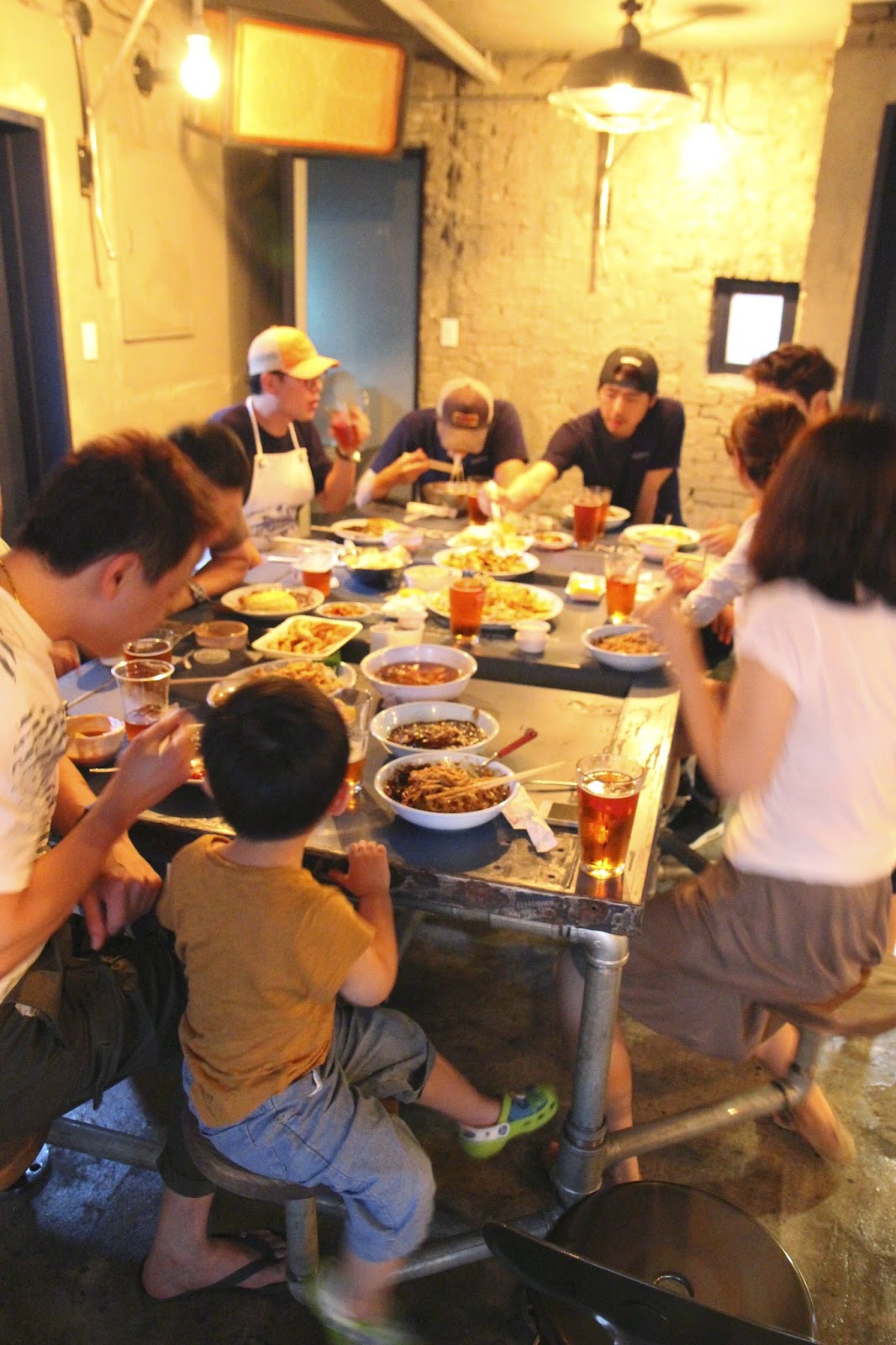 16/11.  For 16 days--a weekend in the Philippines, a 3-day workshop in Lao (see generally 5.170 A Deep-Fried Cricket), a weekend in Korea, a 2-day workshop in Fiji (see generally 5.178 Bibimbab), a few airport layovers in between--my itinerary will ultimately take me through 11 cities, more-or-less at dinnertime, providing me the opportunity to have dinner in all of them--though I've already missed 1.

Seoul is City 6.  Having arrived yesterday, I'll be here through tomorrow afternoon. 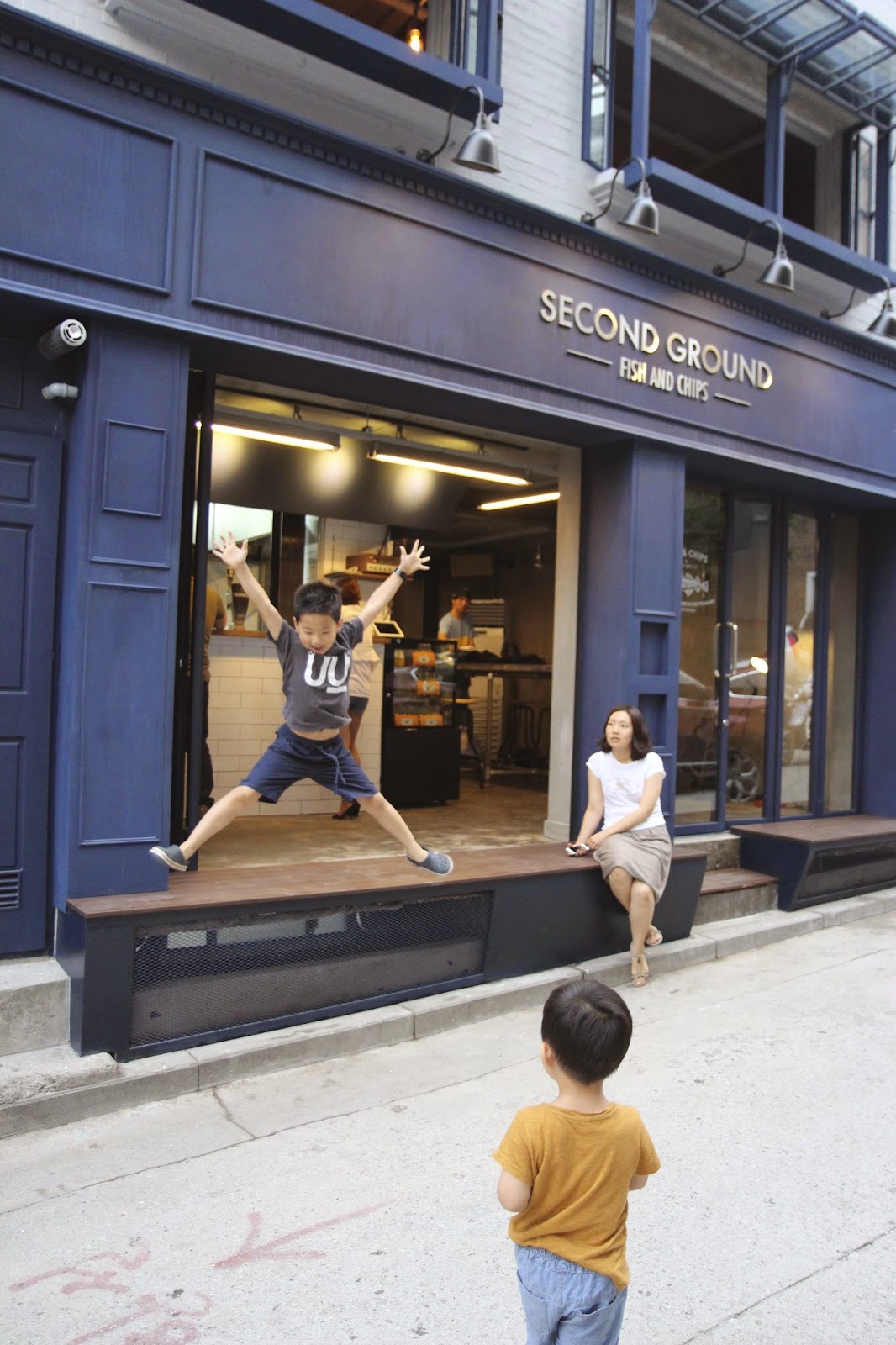 As mentioned a couple weeks ago, my friend MtG and a couple partners are opening a fish & chips restaurant (see generally 5.139 Dragon Sukiyaki). 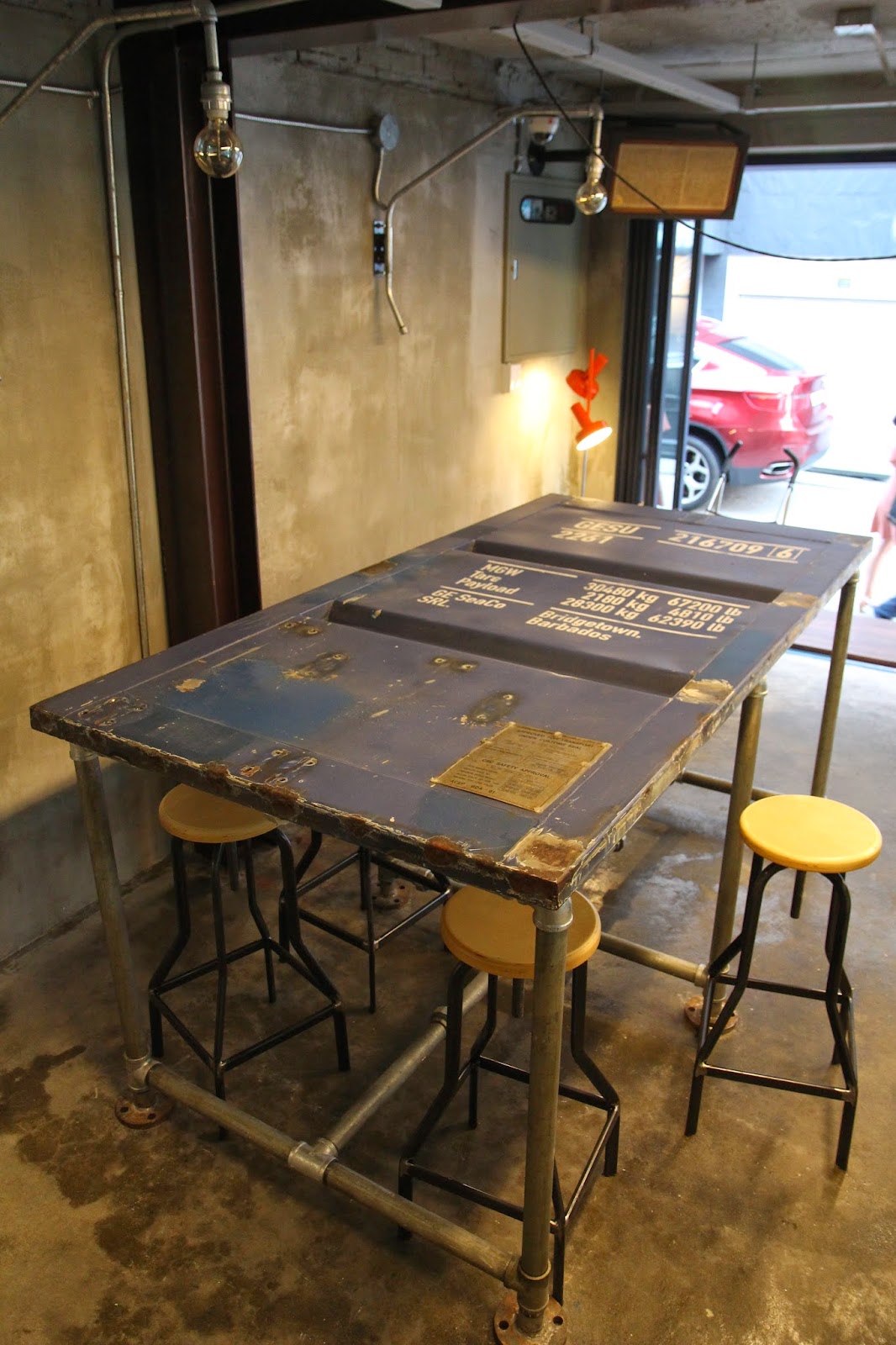 The interior design is slick, maybe too slick, by which I mean that it's been carefully, perhaps overly, crafted to look industrial shabby, with raw concrete walls, exposed beams, bare lightbulbs, and tables fashioned out of cargo container doors and water pipes; generally, I'm cynical of establishments so concerned with decor, concern that I'd rather they channel toward the food itself. 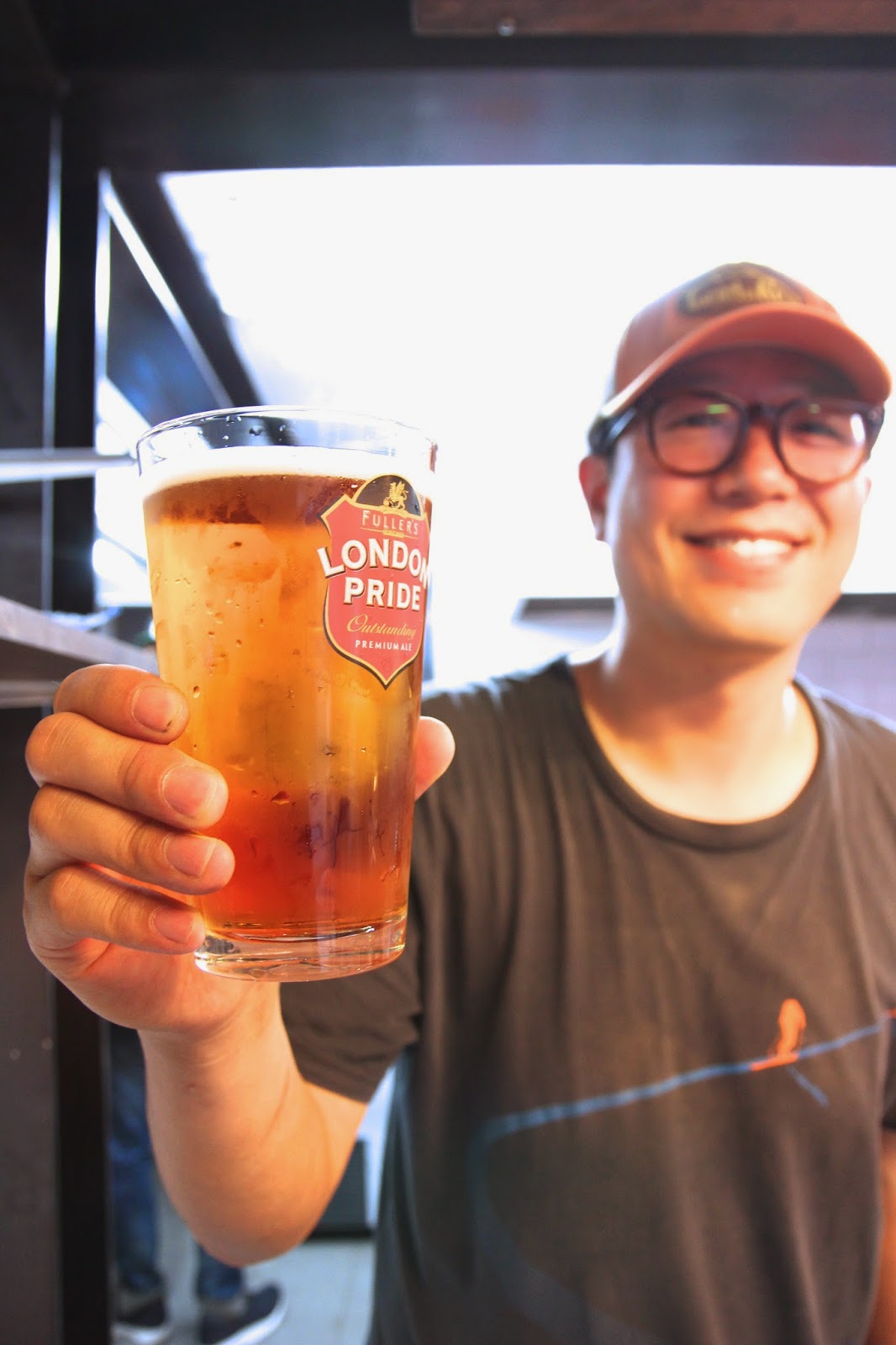 The very first pull of beer--London Pride on tap--which MtG gave to me. 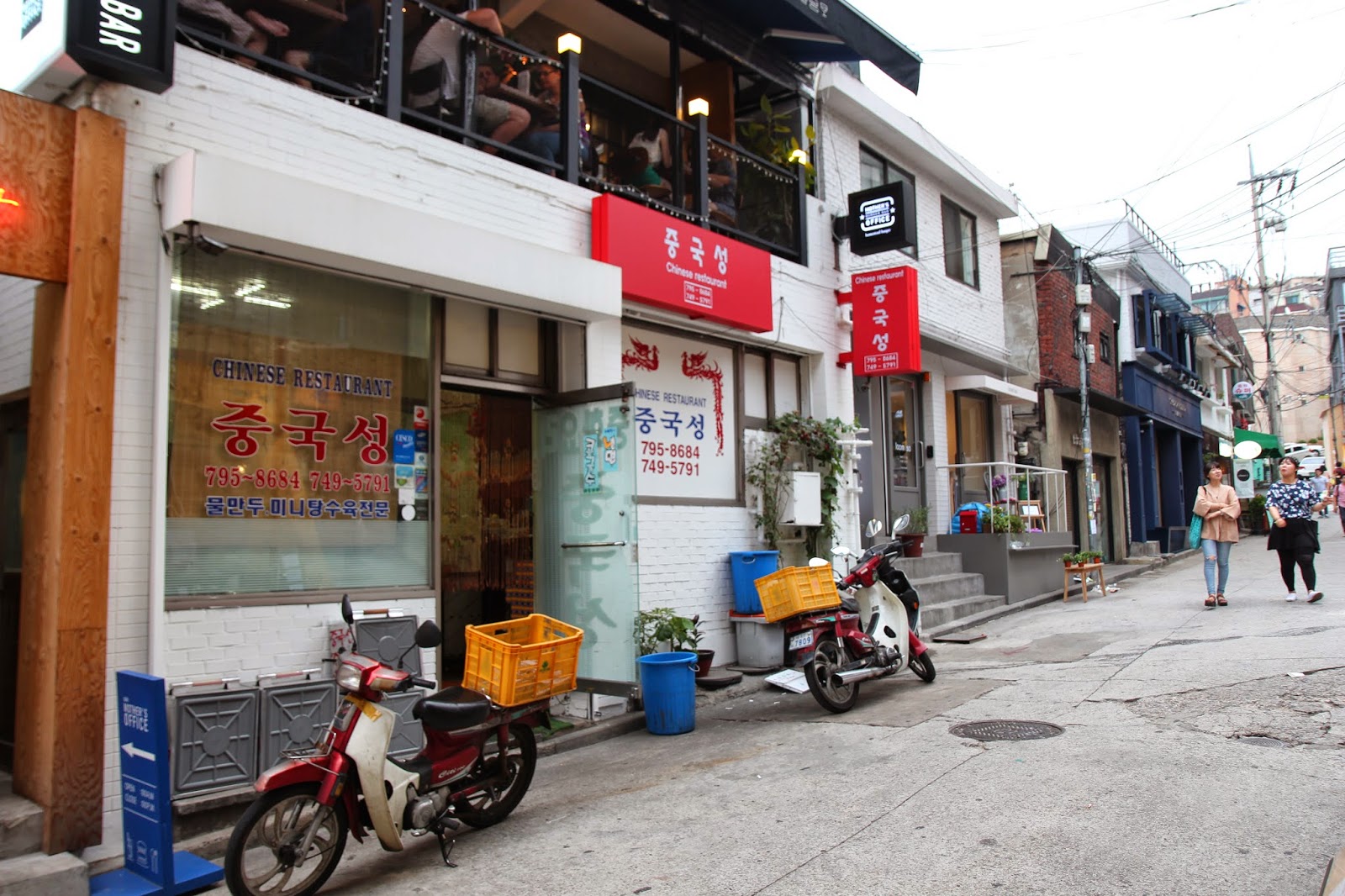 This old school Chinese joint, located 3 doors down, an anachronistic holdout in a neighborhood undergoing rapid gentrification, probably won't be around for much longer.


In Korea, at the conclusion of some major physical group undertaking (e.g., move of residence/office, construction project), the meal very often consists of cheap Chinese food delivery, solely on the basis of convenience and cost--these days, pizza might be an alternative, but that would be quite expensive for a large number of people.

The camping crew gathered to celebrate the completion of the restaurant's construction.  As per tradition, we got Chinese.

Soon, when the kitchen is ready to serve food, the soft opening will follow. 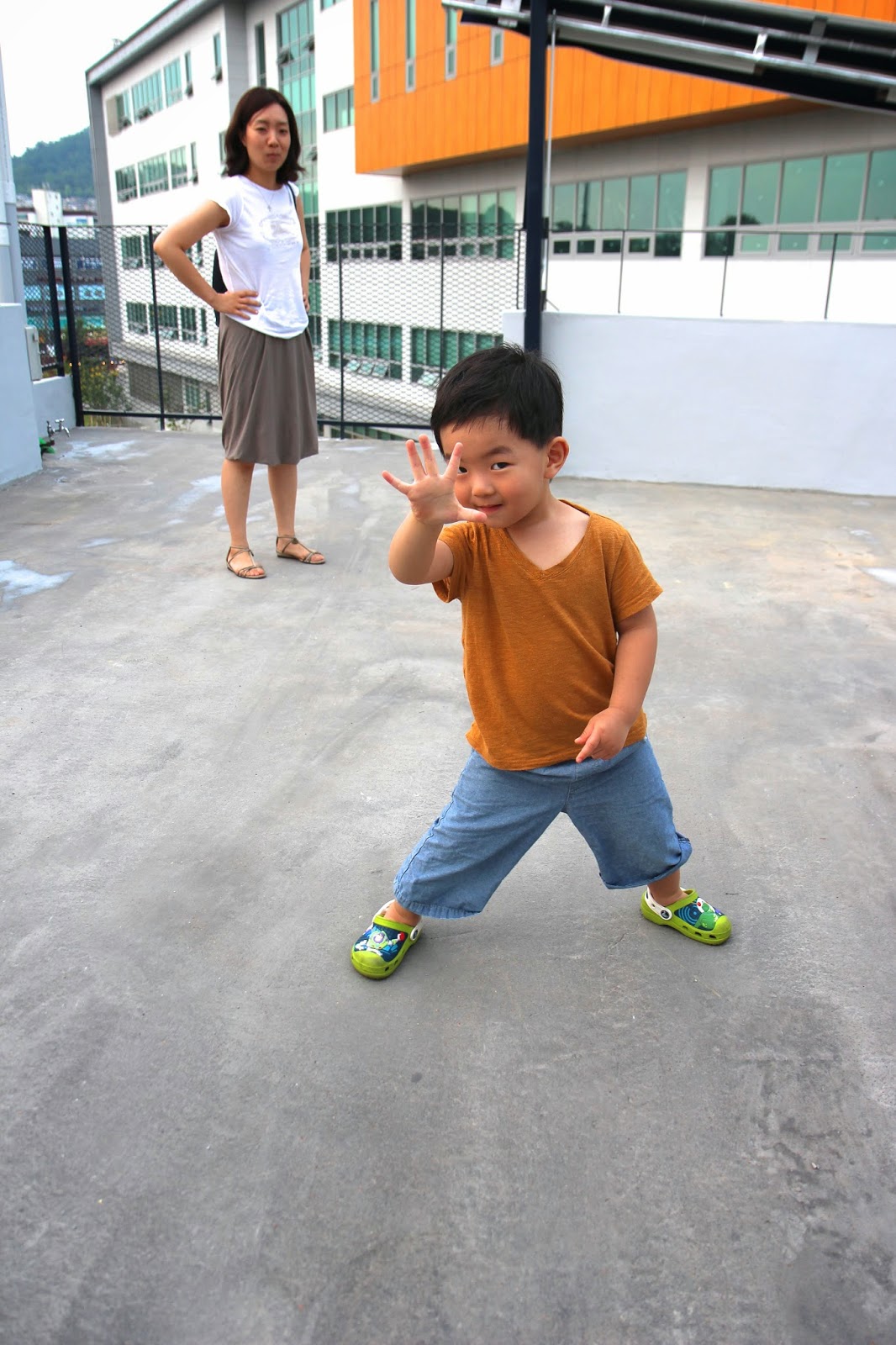