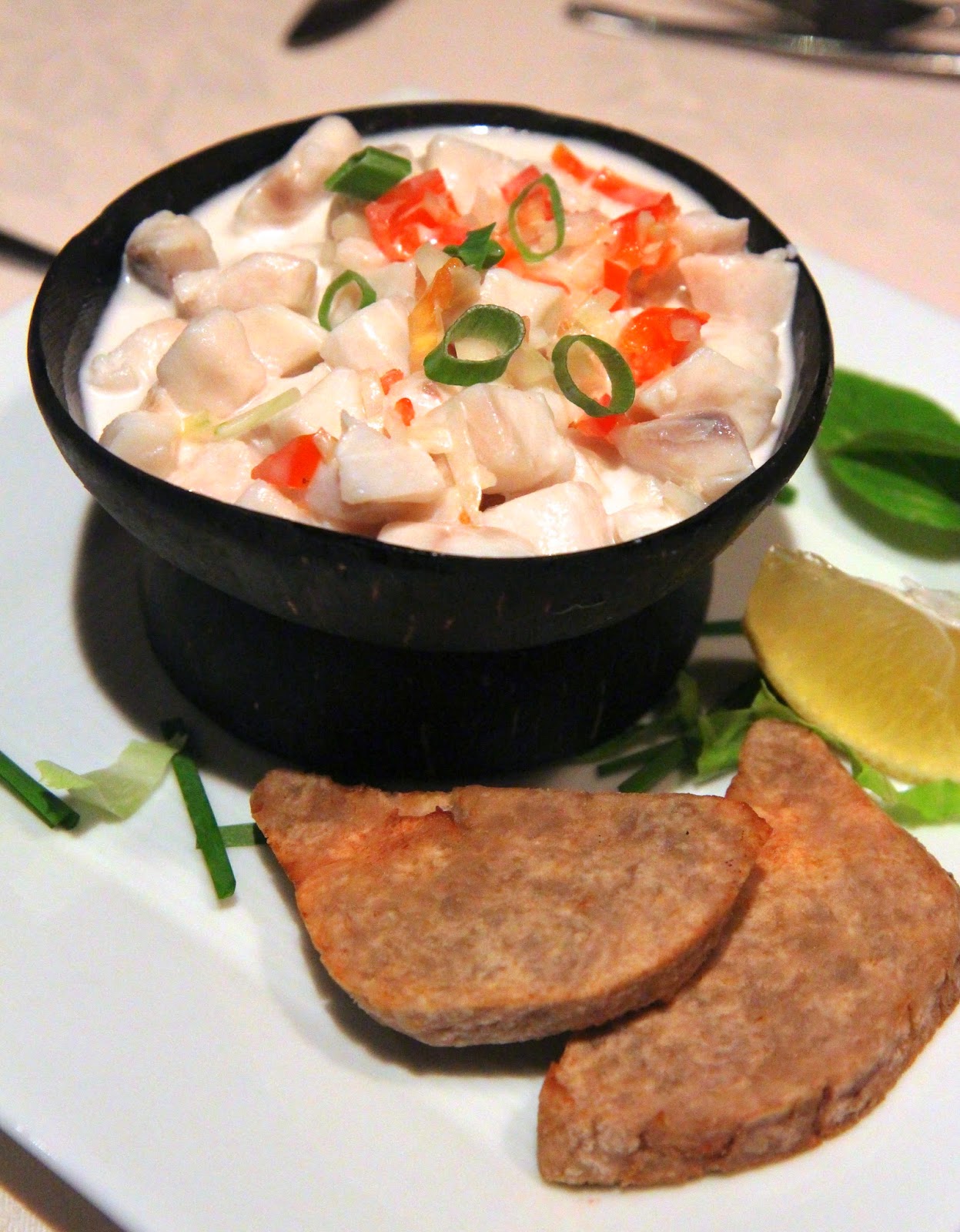 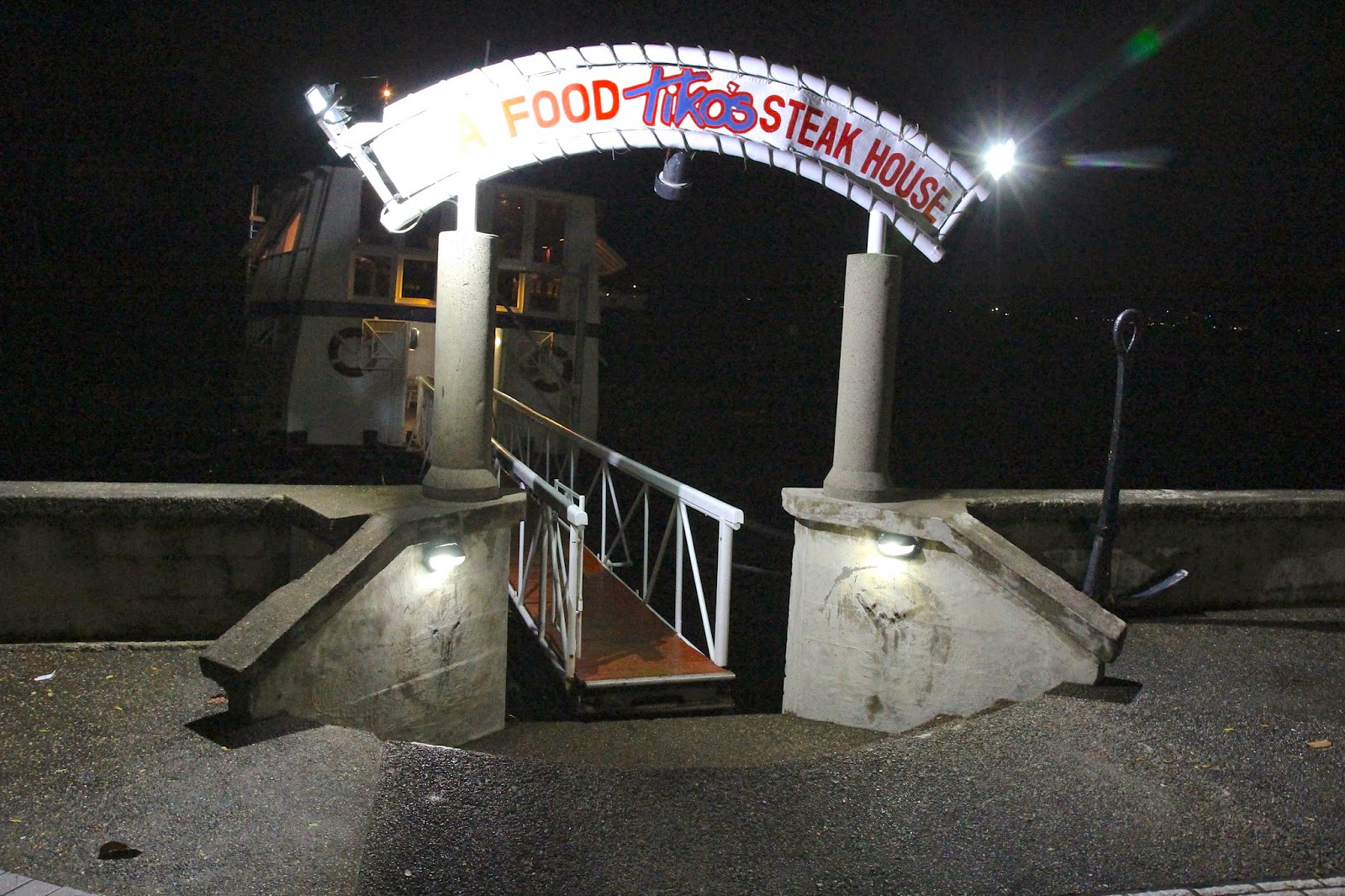 A better photographer would've taken a shot from a side angle to show more of the boat itself. 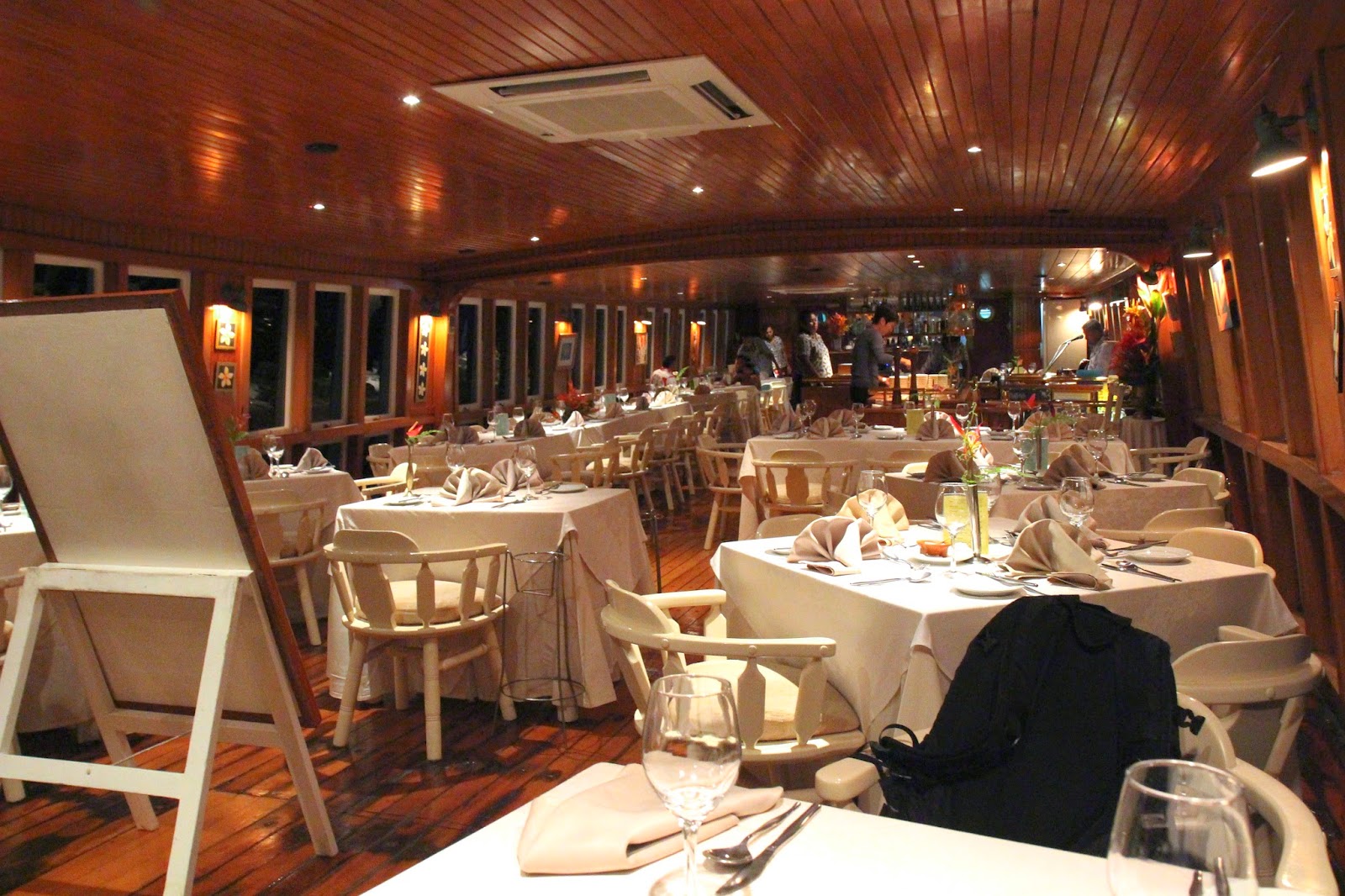 The poshest restaurant that I saw in Suva.

Tiko's Floating Restaurant is a seafood restaurant.  An actual boat floating on the Pacific Ocean, moored directly off the coast near city central.  Wide variety of seafoods, prepared in a variety of styles, including some Fijian.  Current TripAdvisor ranking: 6 of 72 restaurants in Suva. 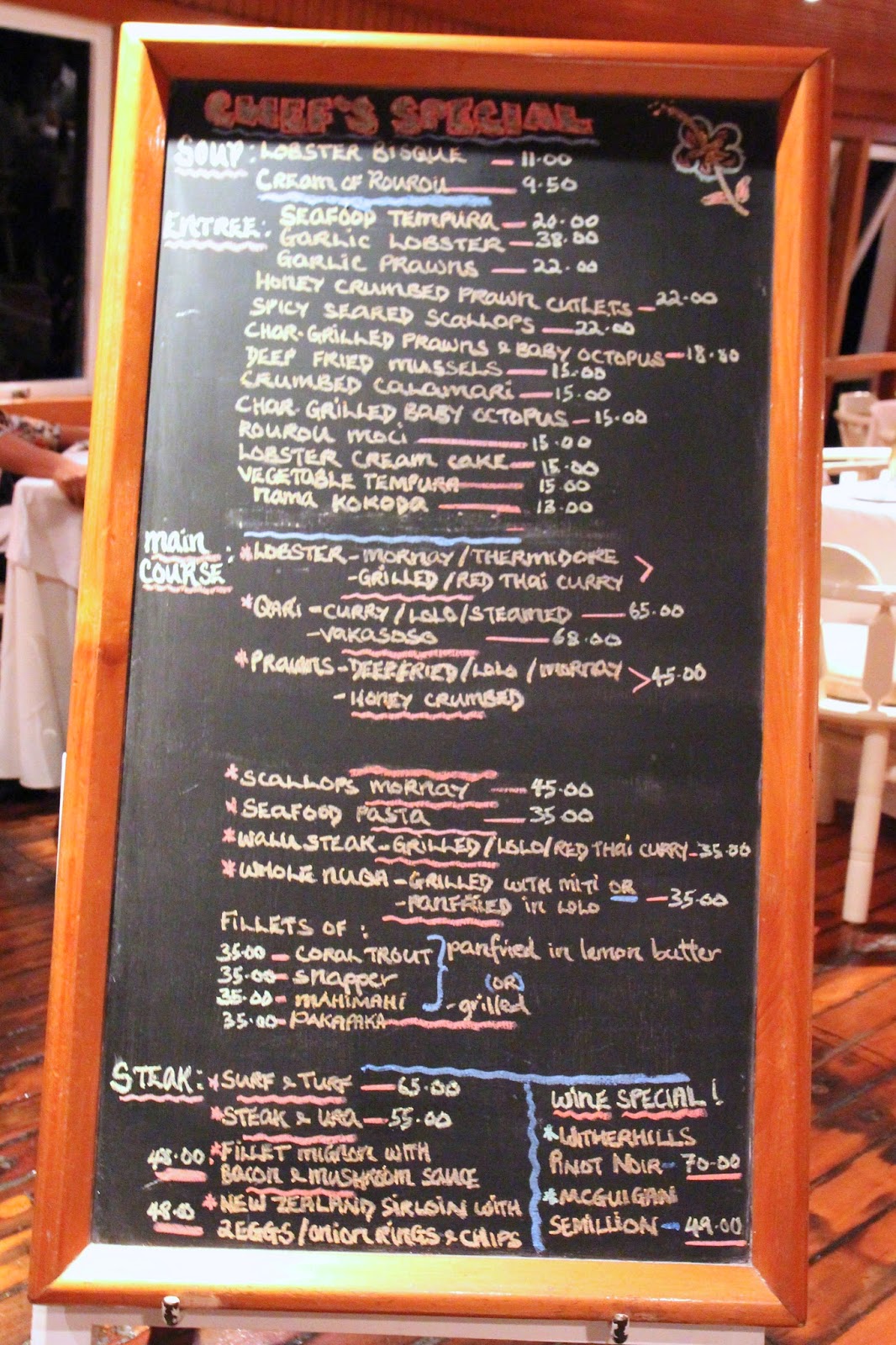 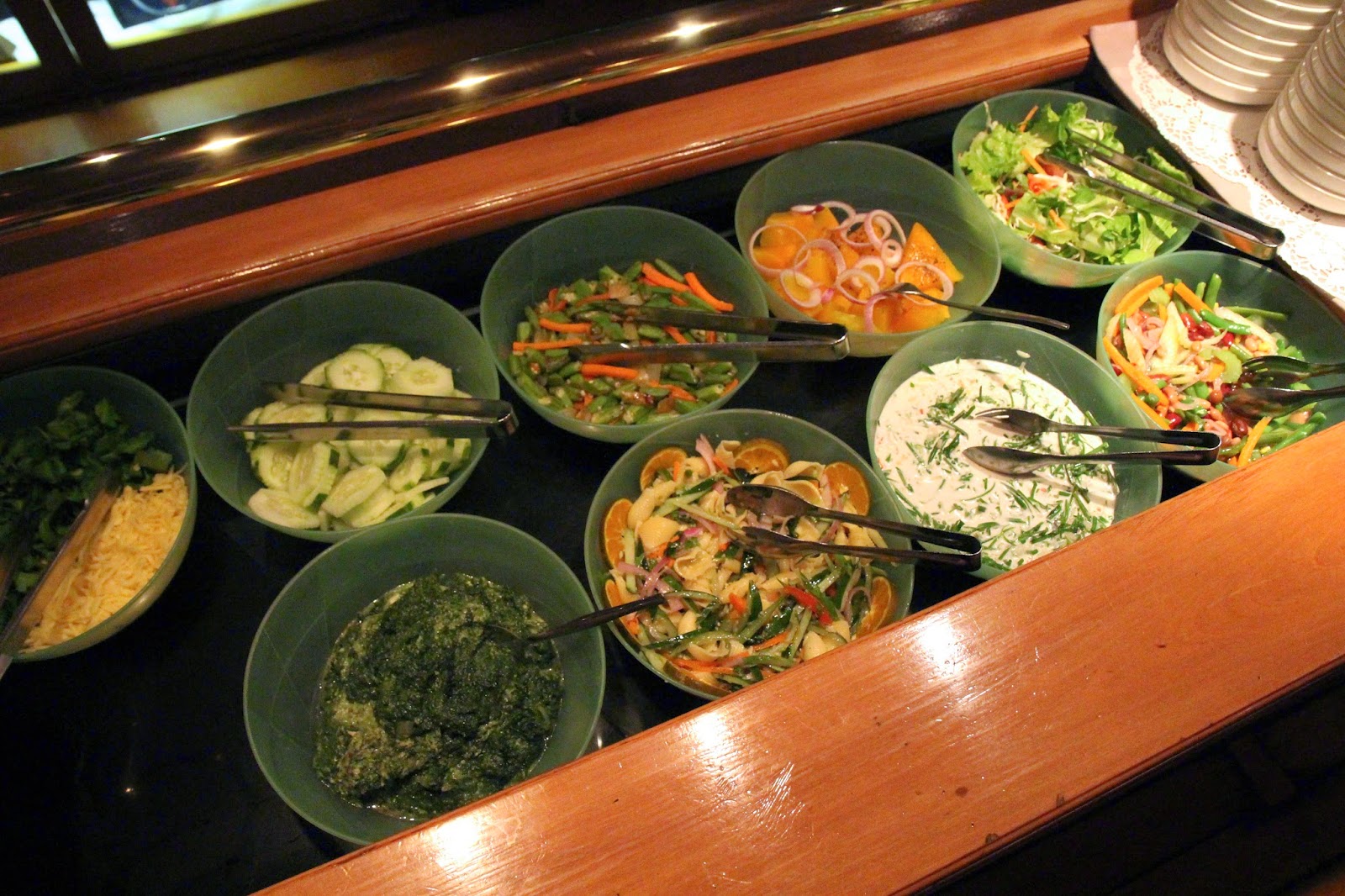 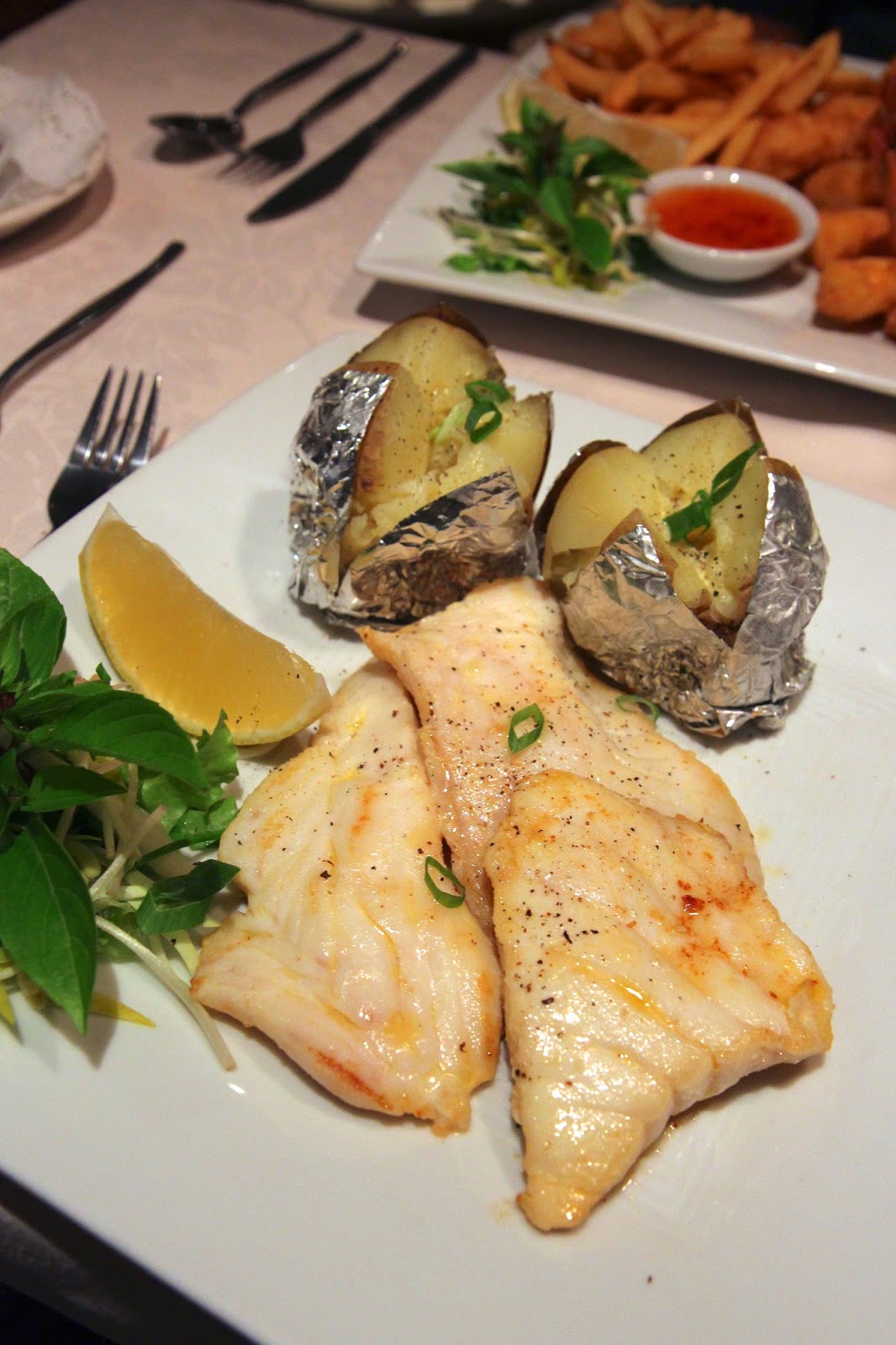 Grilled fish (can't recall what it was) with baked potatoes (3.0).


After the consultation had wrapped in the afternoon, I stuck around to have dinner with my old pal Trinette.  I hadn't seen her since she left WPRO back in April, the last shared meal in March (see previously 5.068 Stir-Fried Spinach).  Although she's currently working at the WHO office in Suva, she was out of town until today, so unfortunately we only had a single night to hang out, but I felt fortunate to have at least that.  We went to Tiko's.

The food was pretty good.  The kokoda--at last, my first experience with Fijian cuisine!--made from some white fish called "mama," actually didn't taste like much, not even coconut, just kinda tangy/milky.  Nevertheless, along with the other items that we ordered, it was the first freshish food that I've had for dinner on the island, so thank you. 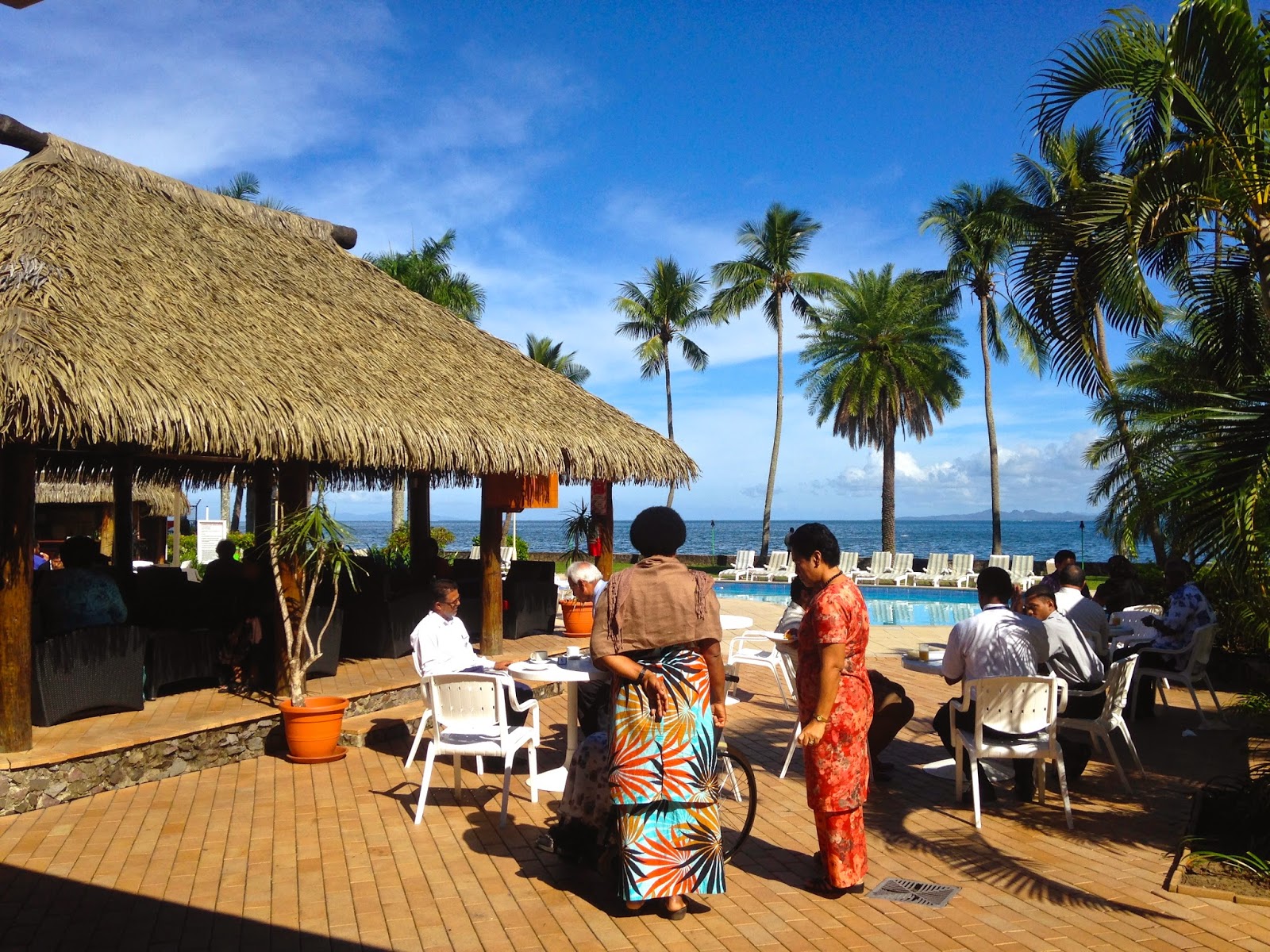 The workshop was held at the Holiday Inn, where we had lunch on the patio overlooking the ocean--nice work if you can get it. 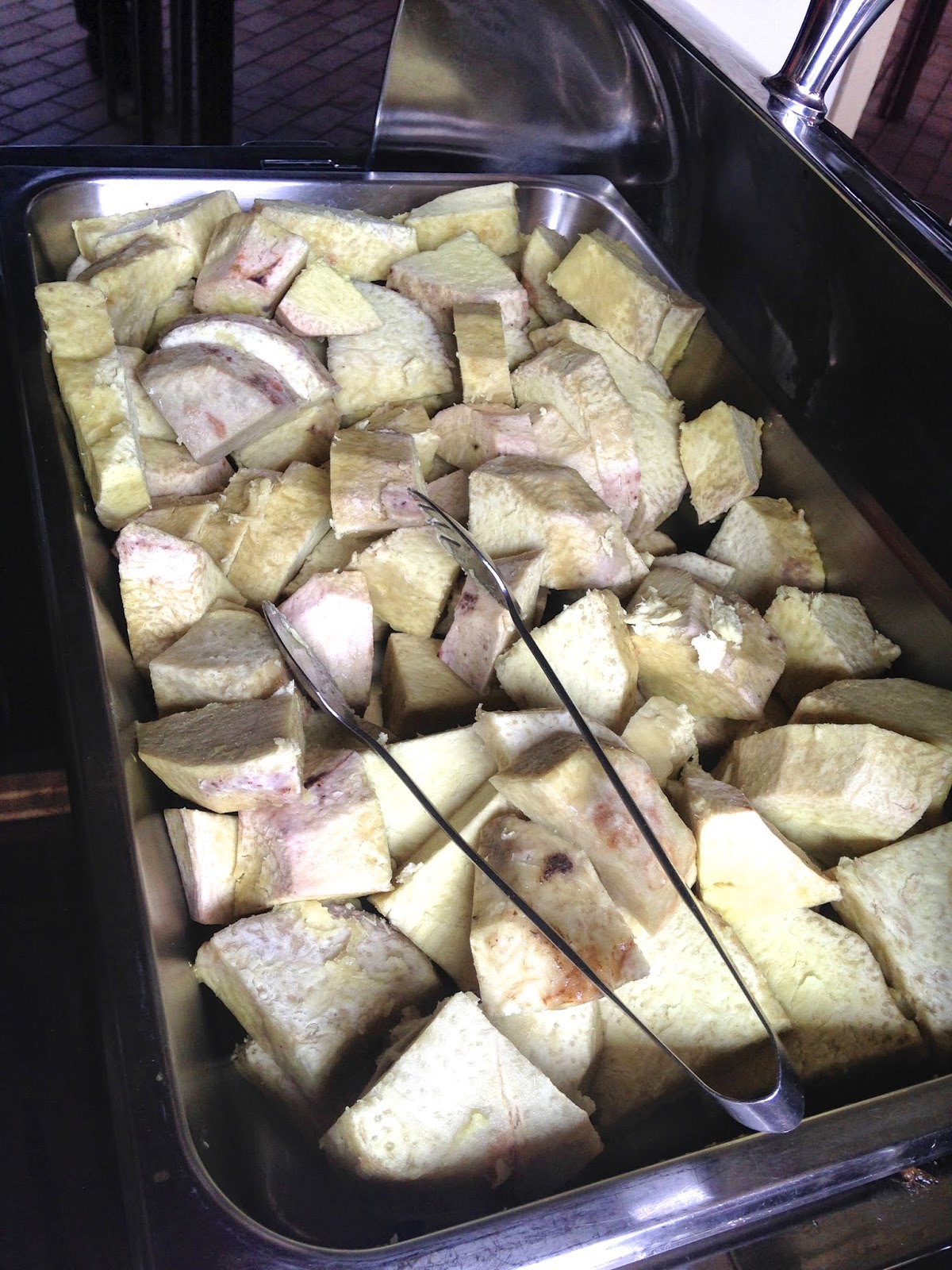 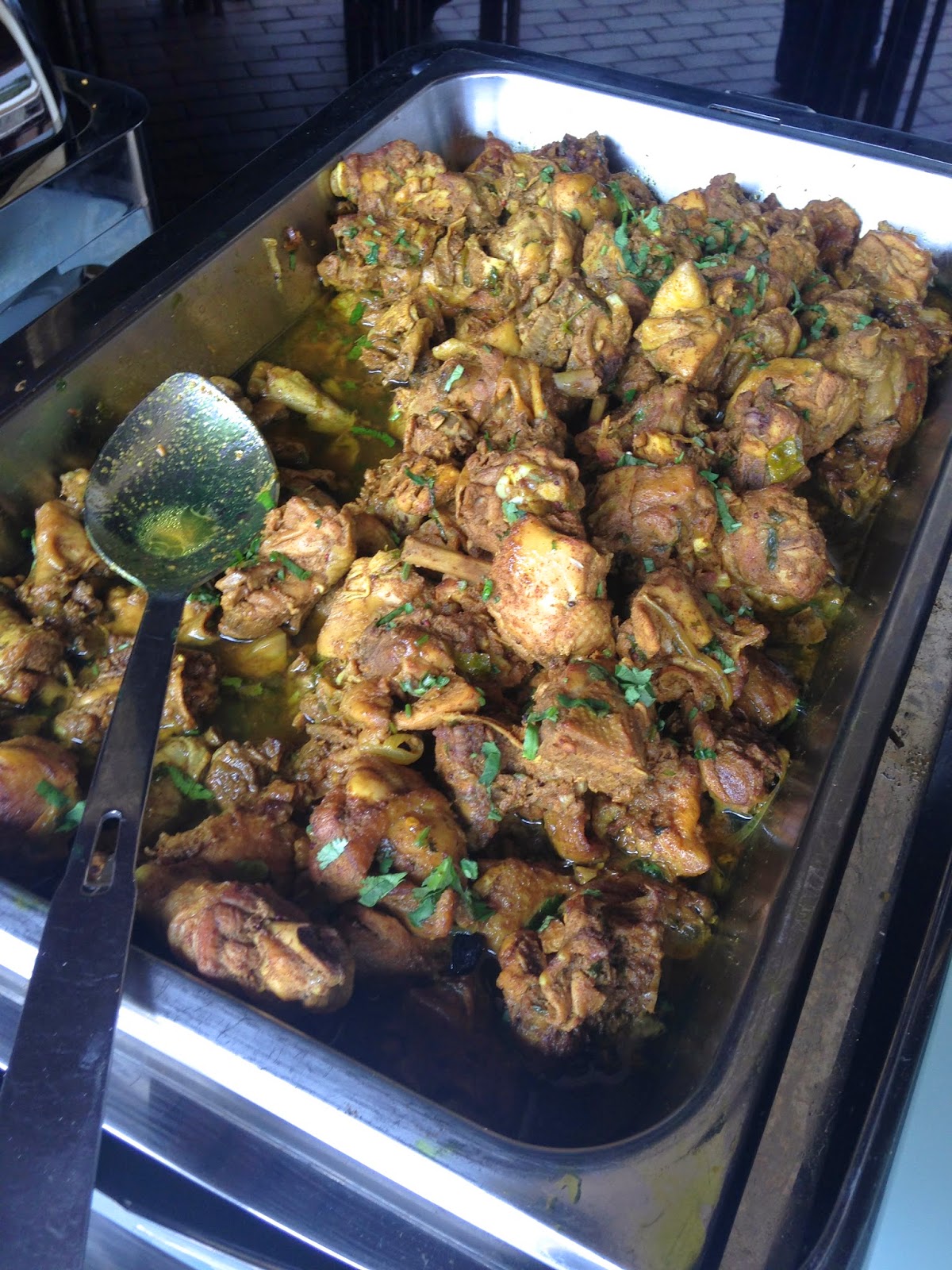 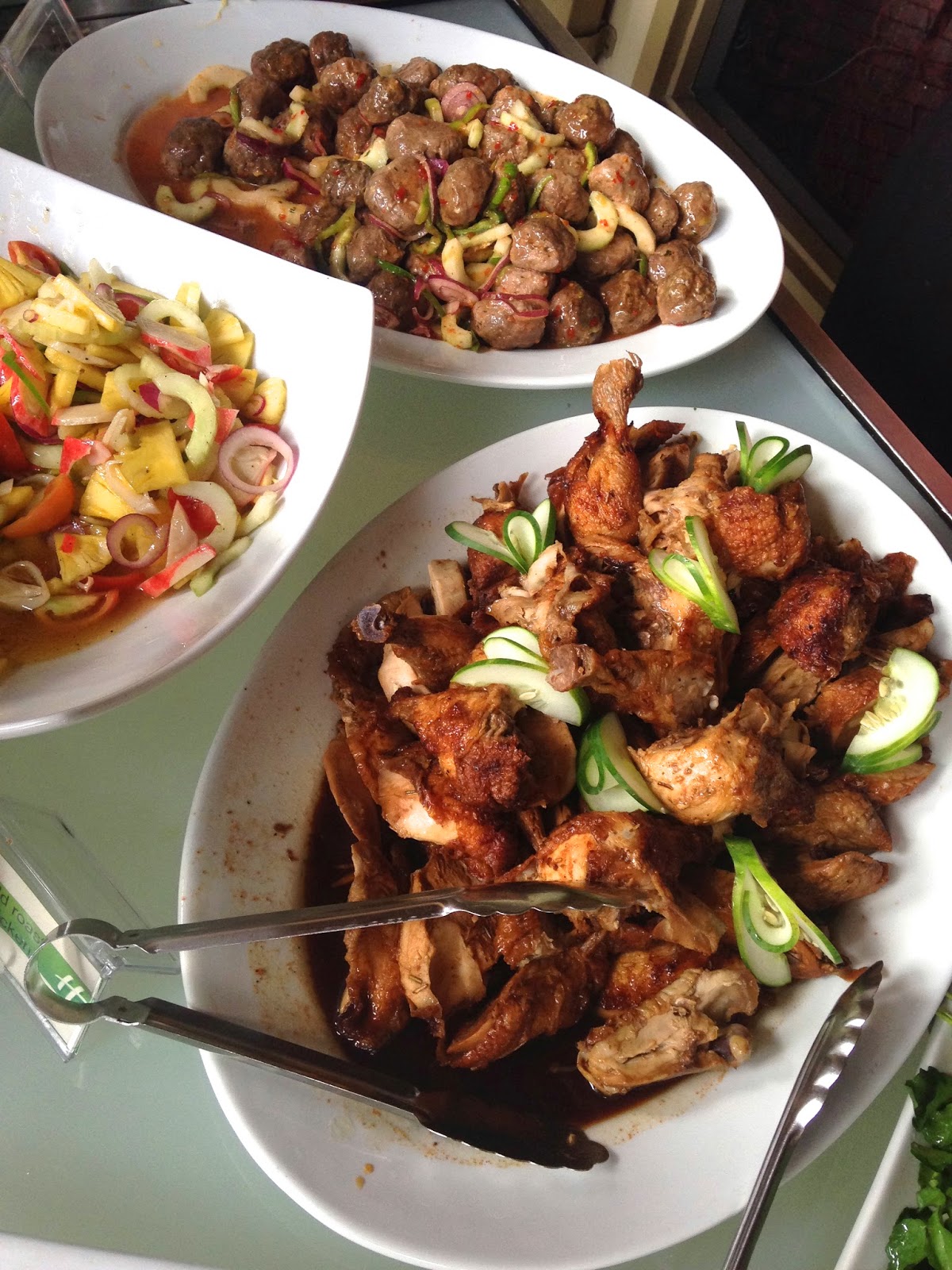 Everything else was Indianish, of course.

I've often thought that WHO WPRO, and the Korean staff at WPRO in particular, tend be overly hospitable to guests, but this experience in Fiji was the opposite extreme.  No welcome reception for the workshop participants, nary a single dinner/drink invitation from anyone at the local WHO office, some of whom I know fairly well.  If not for Trinette, this would've been a lonely trip indeed.