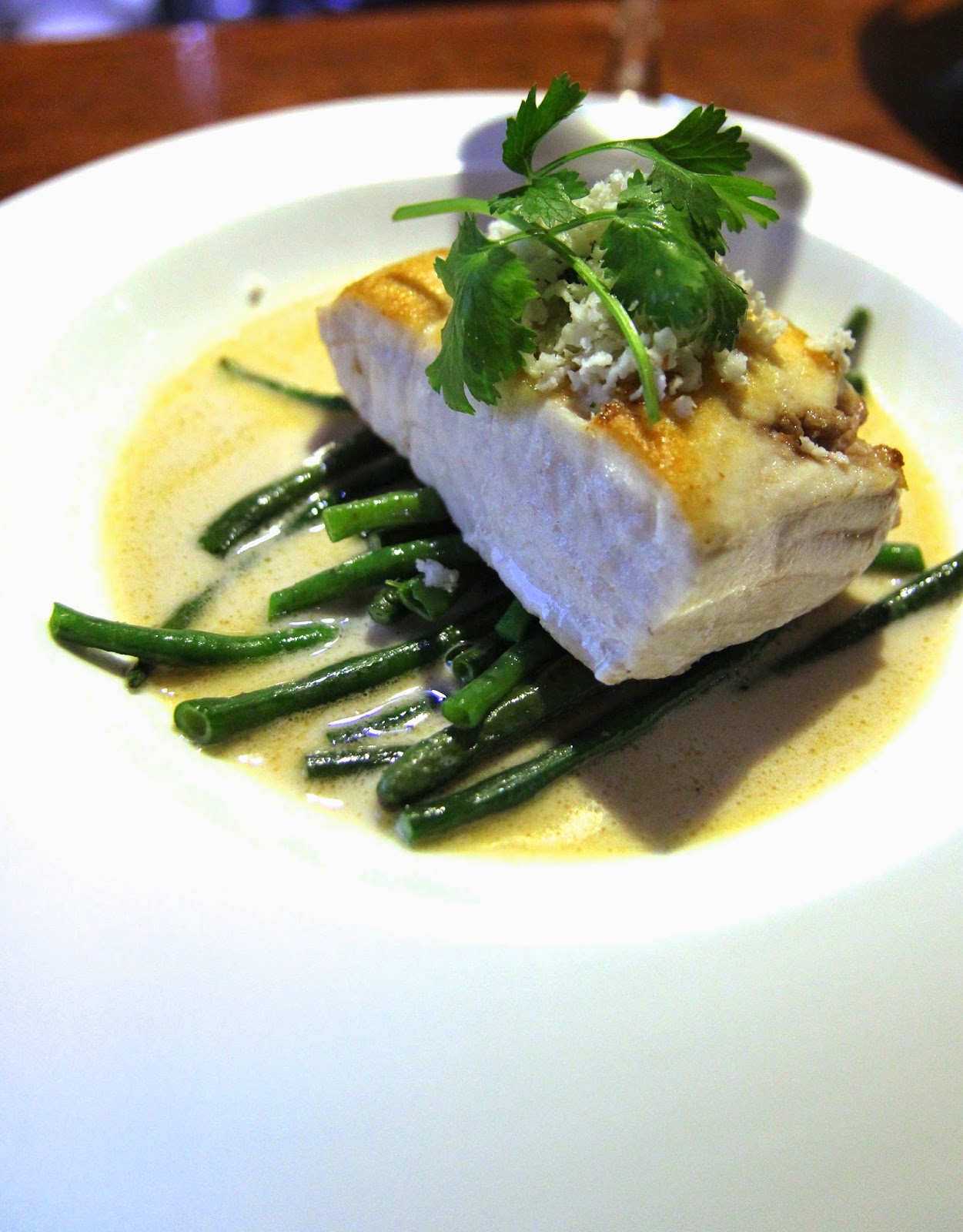 
Nadi is City 9.  I'll here for 2 days, arriving late last night, departing late tomorrow night.  Although the workshop wrapped yesterday, the odd flight schedule forces me to stick around for an extra couple days--woe is me. 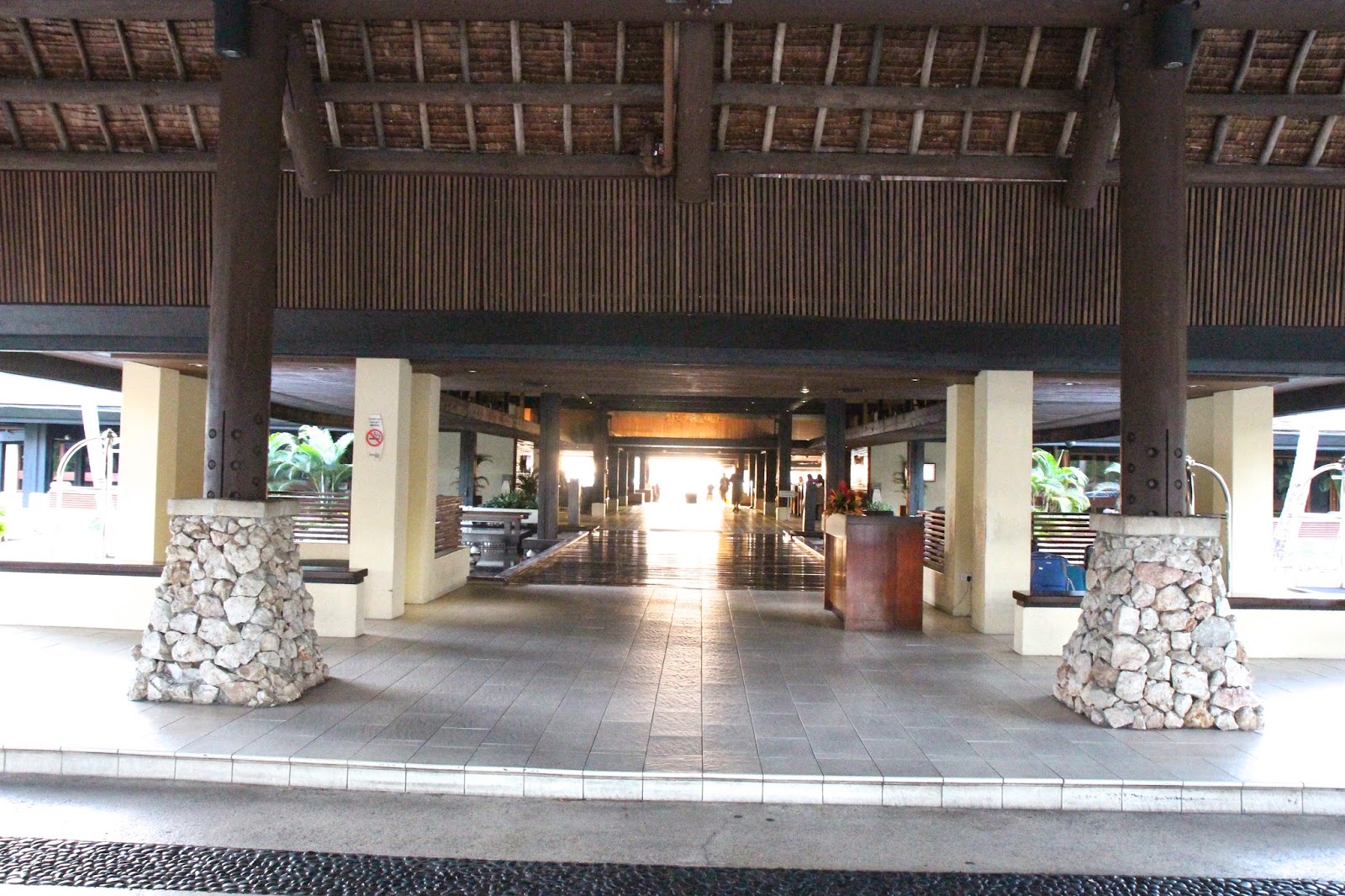 The Republic of Fiji consists of over 800 islands.  The largest is Viti Levu.  The two major cities, both located on Viti Levu, are Suva and Nadi.  While Suva is the country capital, where most major business and political activities are conducted, the international airport is a 3-hr drive or 1-hr flight away in Nadi,  where most of the main tourist areas are located.  Denarau Island, for example, about 5 km outside of central Nadi, contains a cluster of the country's most exclusive hotel beach resorts, playground primarily for rich Australian vacationers. 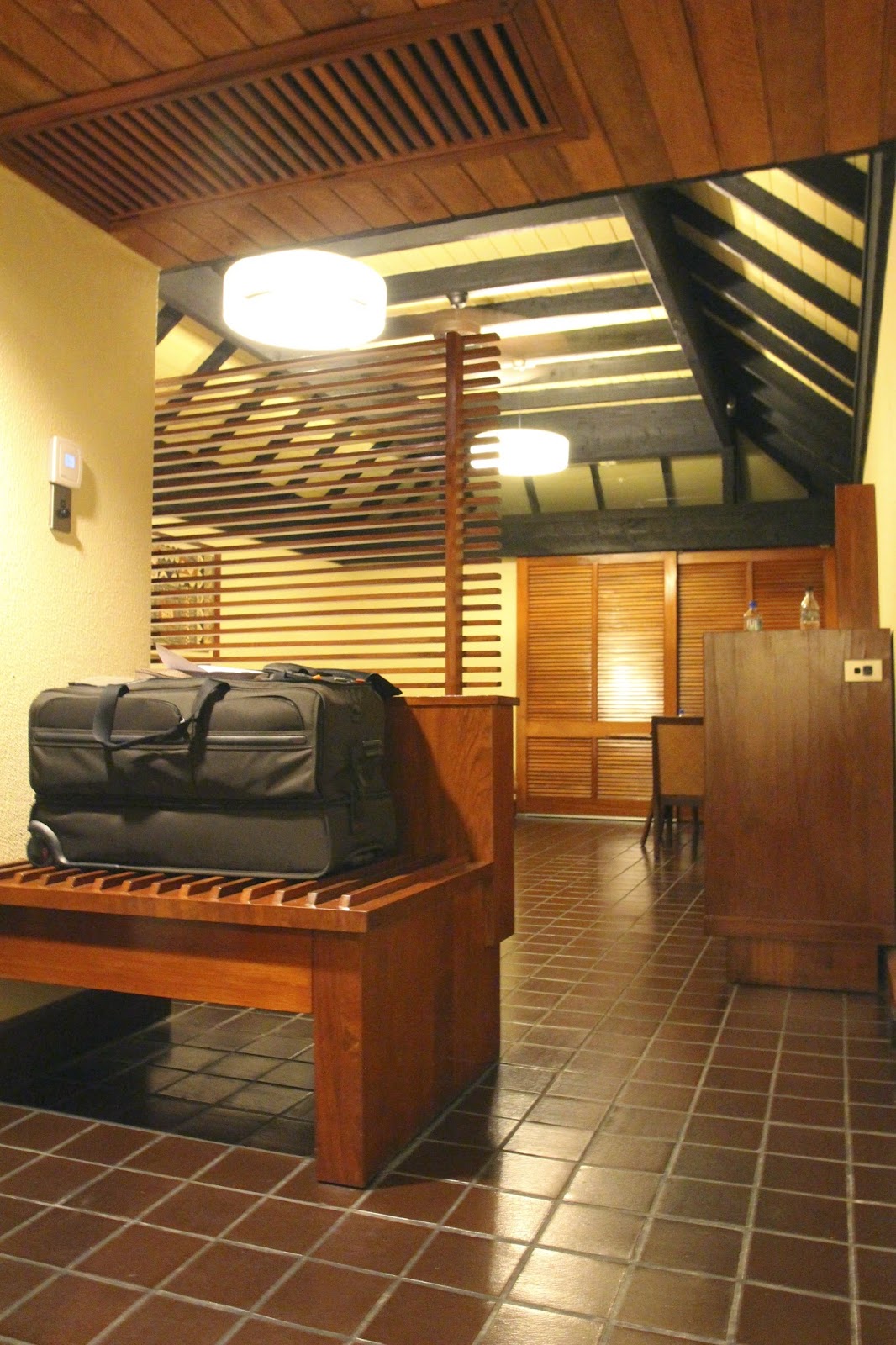 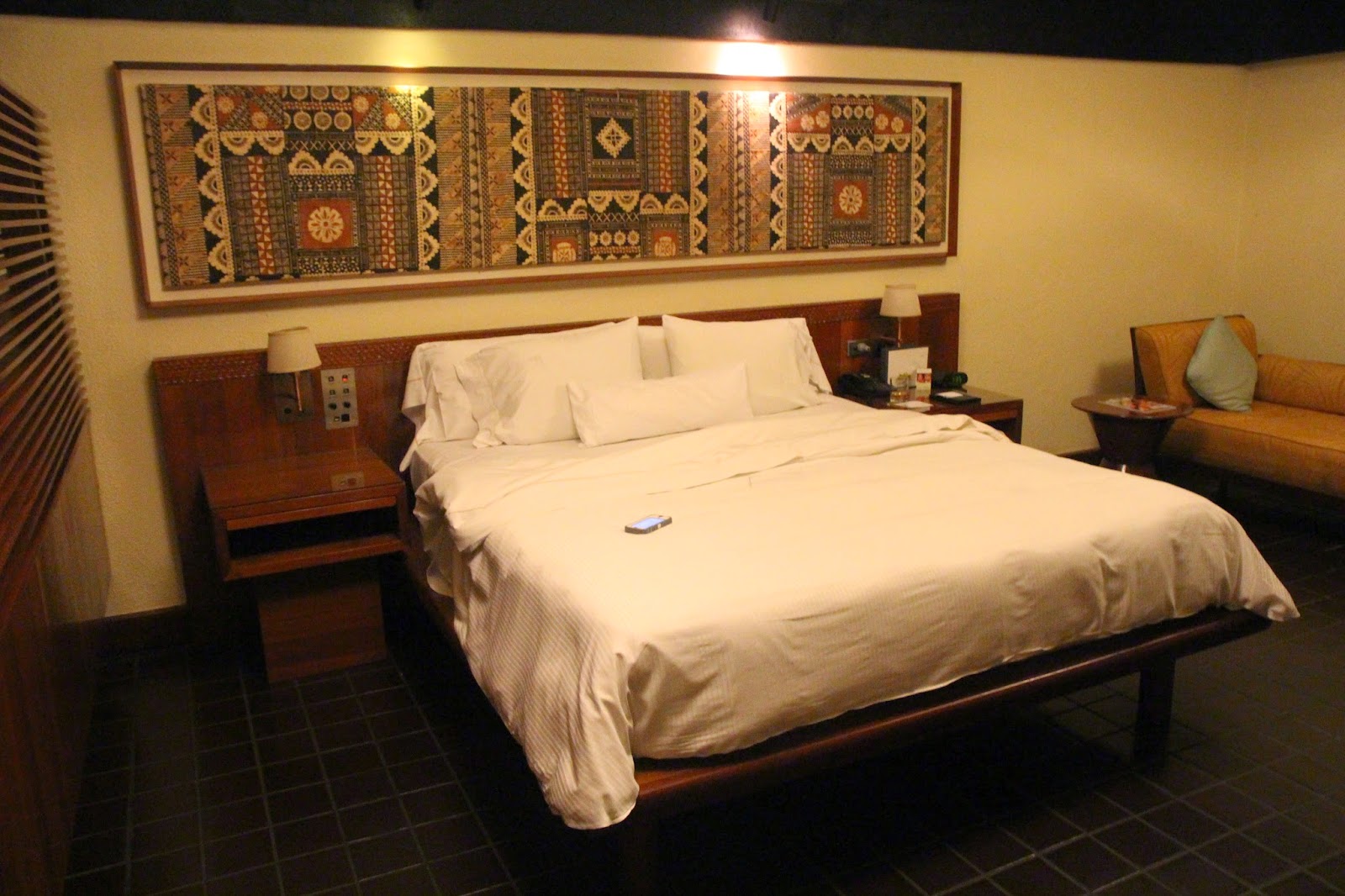 Turned out for the best, luxurious digs to round out this long and weary road trip--fun and stimulating, yes, of course, but exhausting nonetheless. 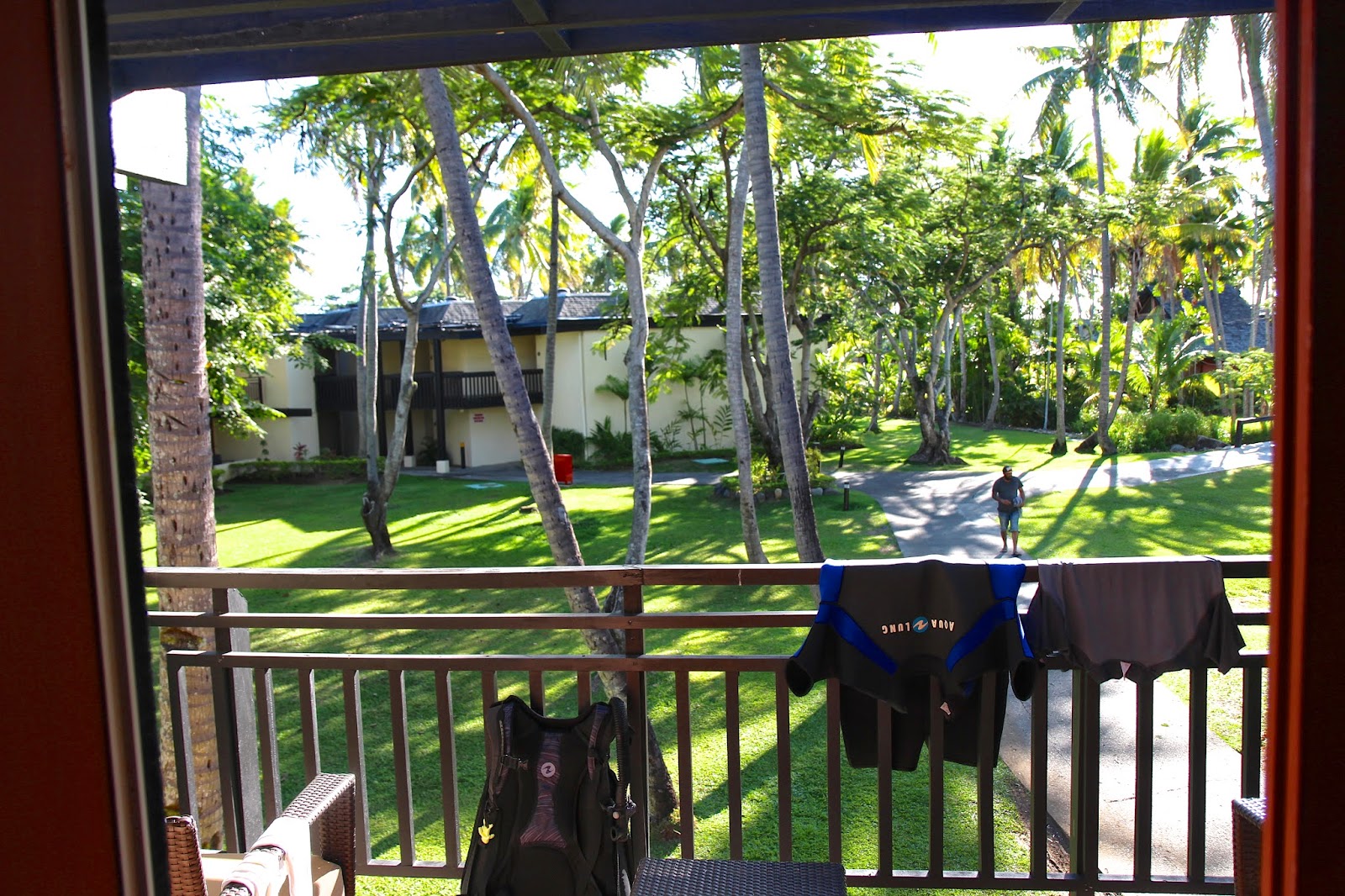 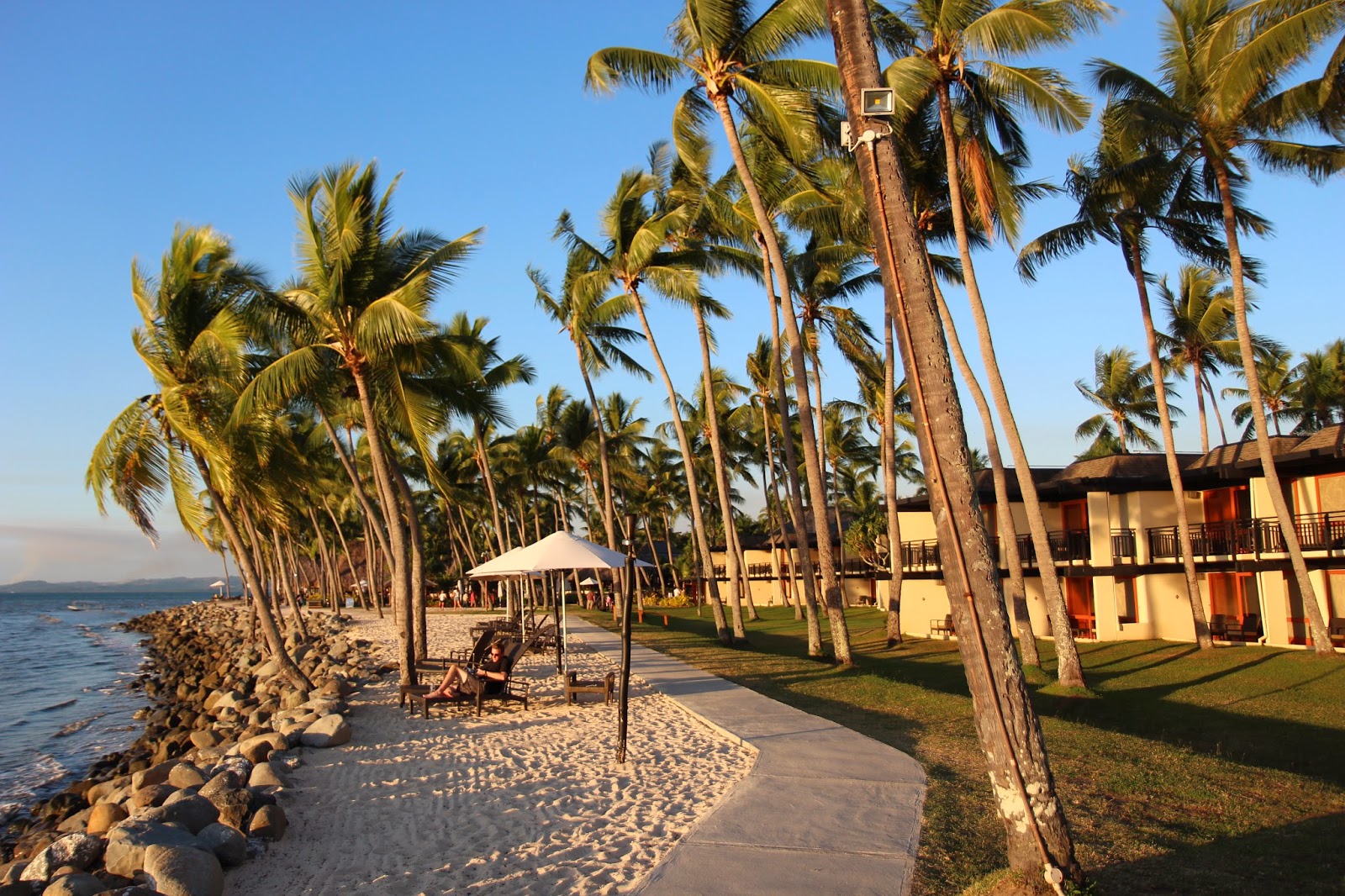 Rooms with the "ocean" view. 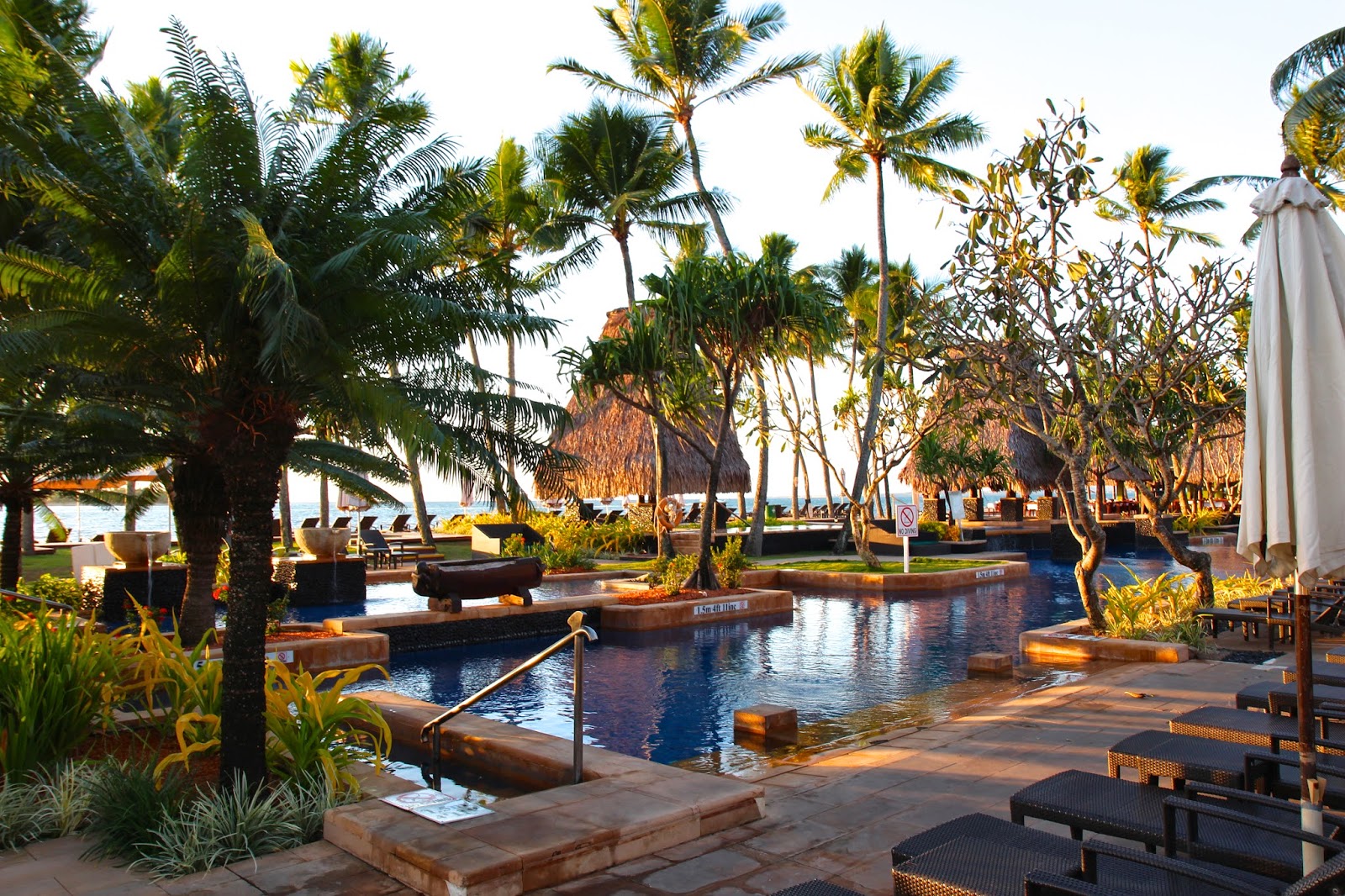 Despite what this photo would suggest, taken at an off-hour in the late afternoon, the resort was quite packed; 99% white blond beautiful Australian families, 1% young Asian couples--I was probably the only solo person in the joint, certainly the only solo Asian male. 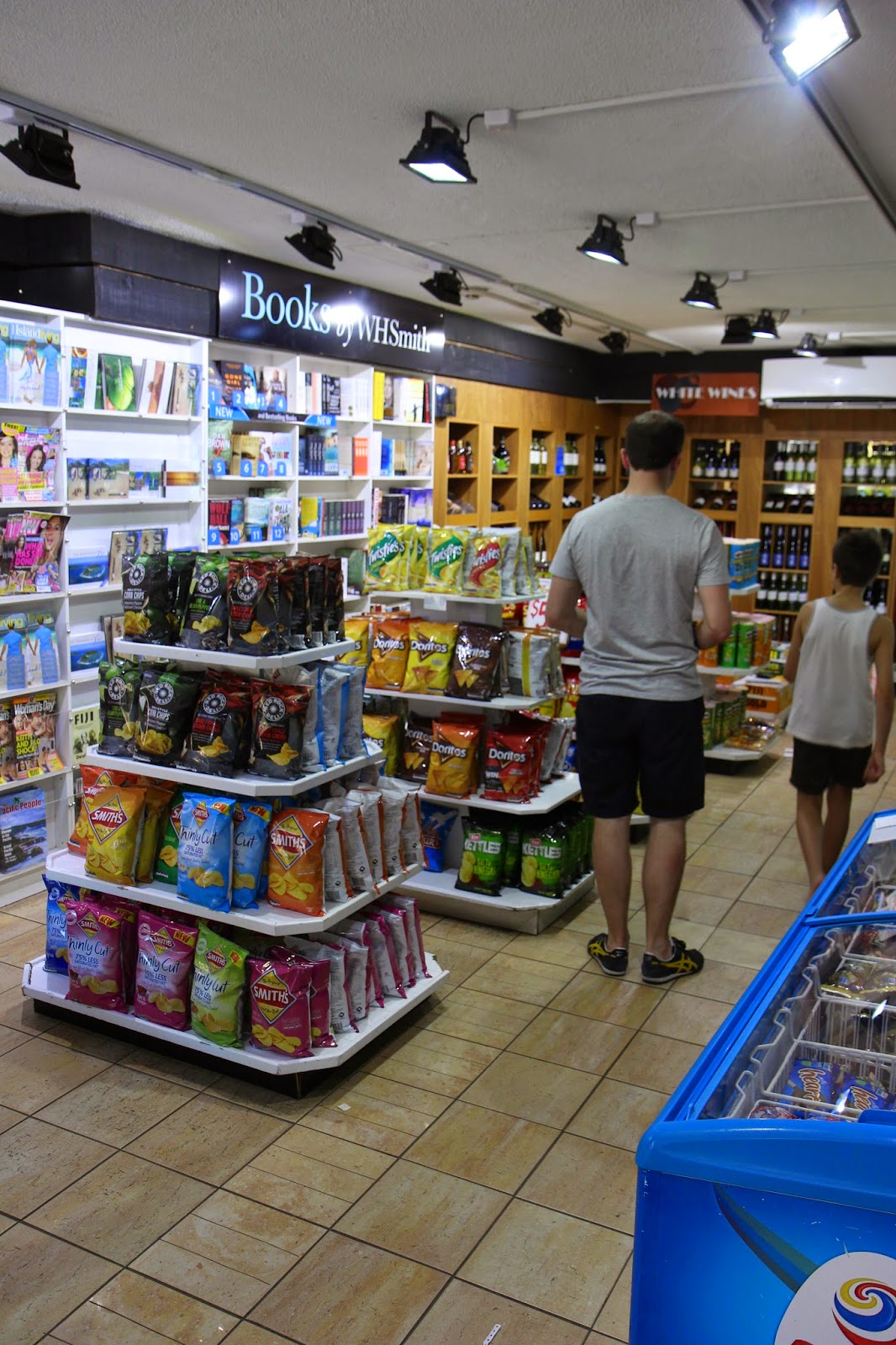 Conveniently, the resort had several stores, including this mini-mart offering sundries, snacks... 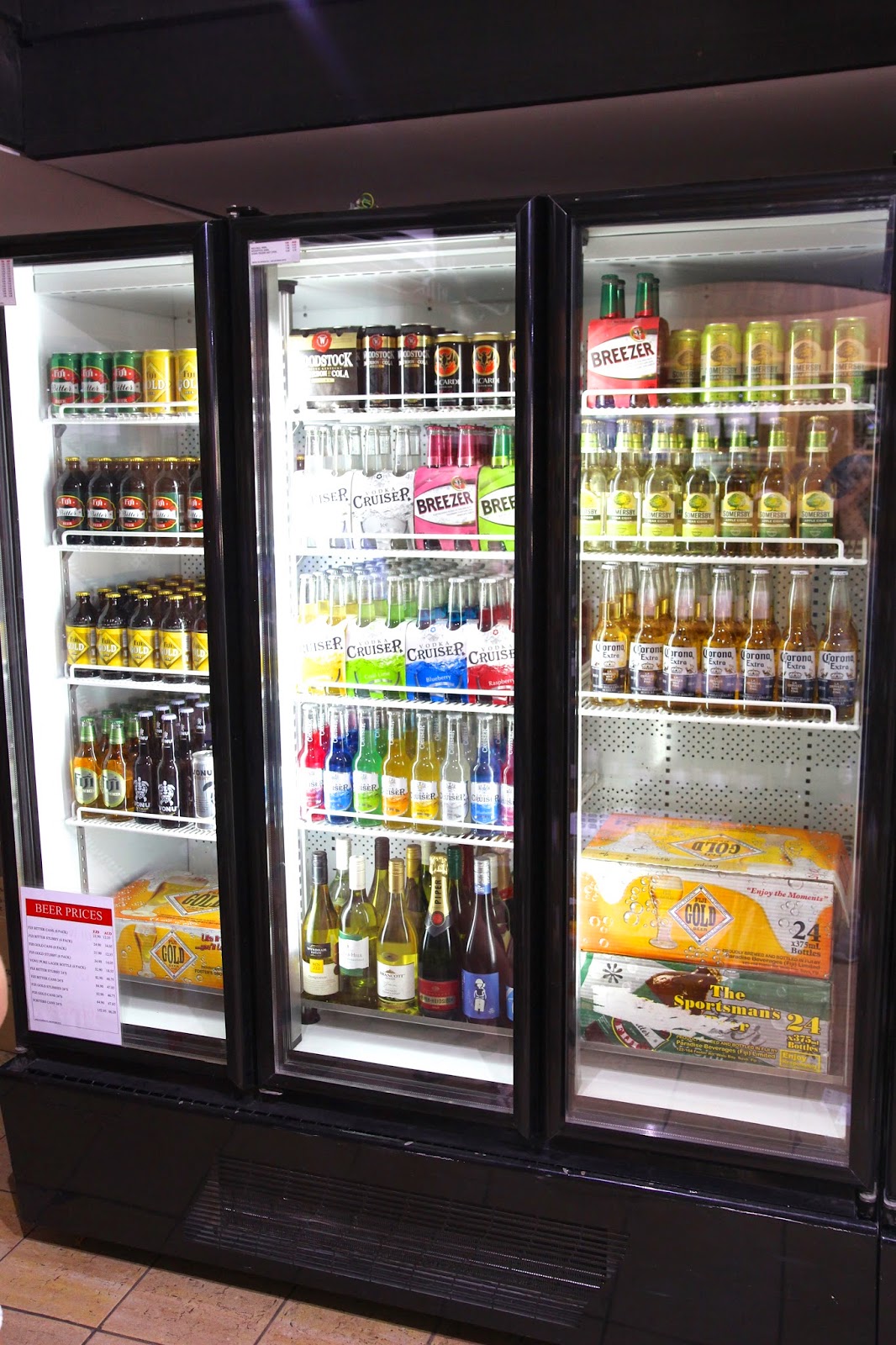 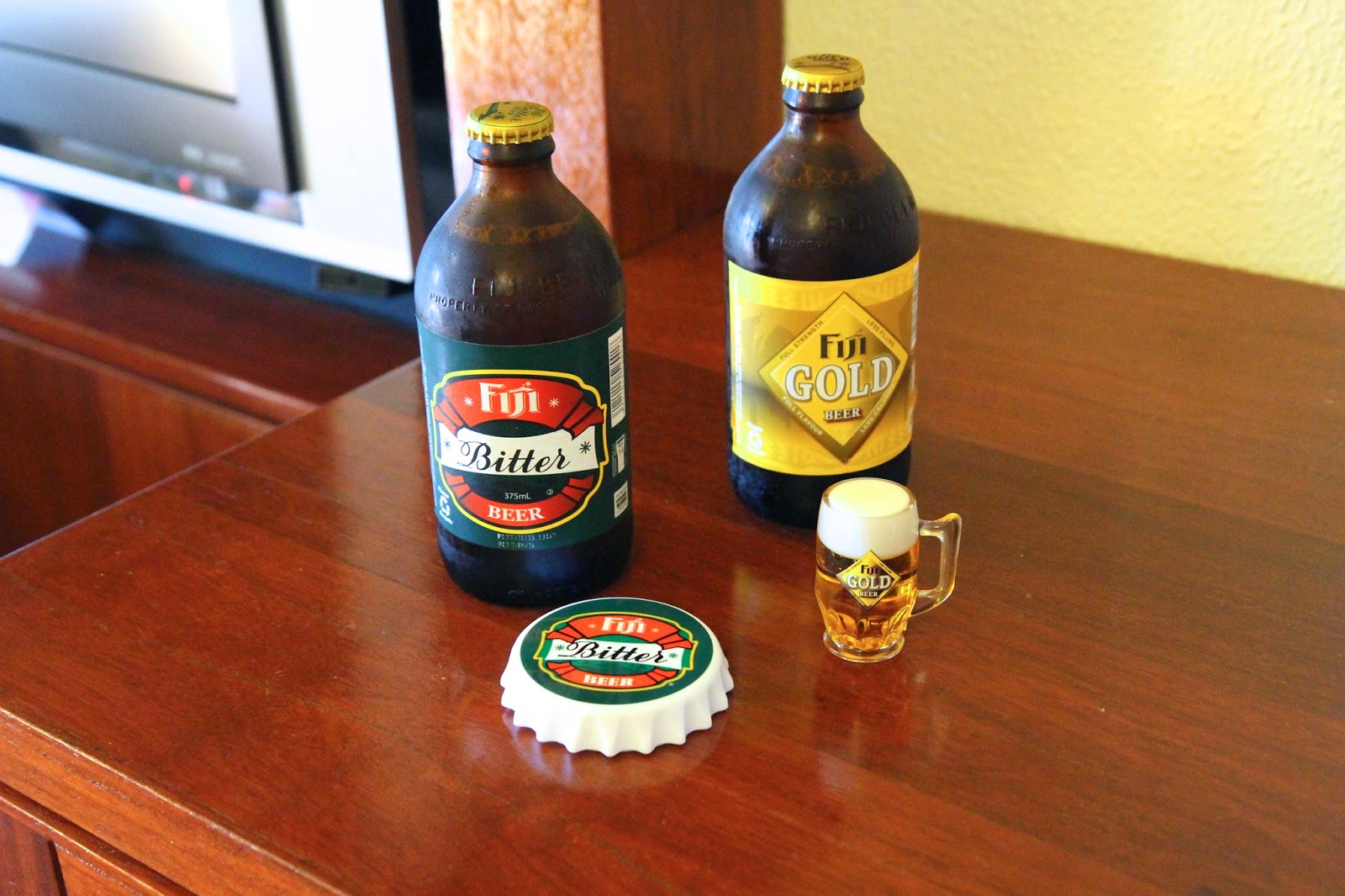 Ending up at The Westin, another example of läporengar (see generally 5.147 Yakisoba...).  After dinner with Trinette in Suva last night, I took a car service to Nadi, arriving near midnight.  To save money, I'd booked a room via Expedia at Beachside Resort, a cheap motel-like establishment.  When we got there, the place appeared deserted, lights completely out, none of the rooms occupied.  Stranger still, there didn't seem to be a reception desk or office; a "private residence" stood adjacent to the property, and I could hear NZ voices from within--Beachside Resort self-proclaims NZ ownership--but nobody would open the door or even acknowledge my presence when I knocked on the door.  Earlier, the thought had occurred to call management in advance and inform them of my late arrival, but it slipped my mind; while I do concede some responsibility here, I plan on registering a complaint with Expedia about the establishment's lack of professionalism in failing to provide for such contingencies (e.g., leaving some goddamn lights on, providing a phone number to call).  Aside from the overall crappiness of the facilities, from what I could make out in the dark, as fully anticipated from the price of USD 36 per night, I was getting a nasty vibe, so fuck it.  As I'd scheduled a dive for the next morning, departing from Denarau Island, I requested the driver to take me there in search of alternative accommodation near the dive shop.  Incidentally, though Beachside Resort may lie close to Denarau Island as the crow flies, the windy dirt road actually places it more than 15 km and a good 30-min drive away.  Anyway, we drove around to 3 other hotels on the island, all fully booked, before The Westin finally took me in.  Last-minute 2AM desperation booking, USD 200 per night for a 2nd floor room in the back of the resort, but I was grateful for it--would've slept in the proverbial barn by that point.  An additional USD 25 to the driver for his troubles.  Learning money. 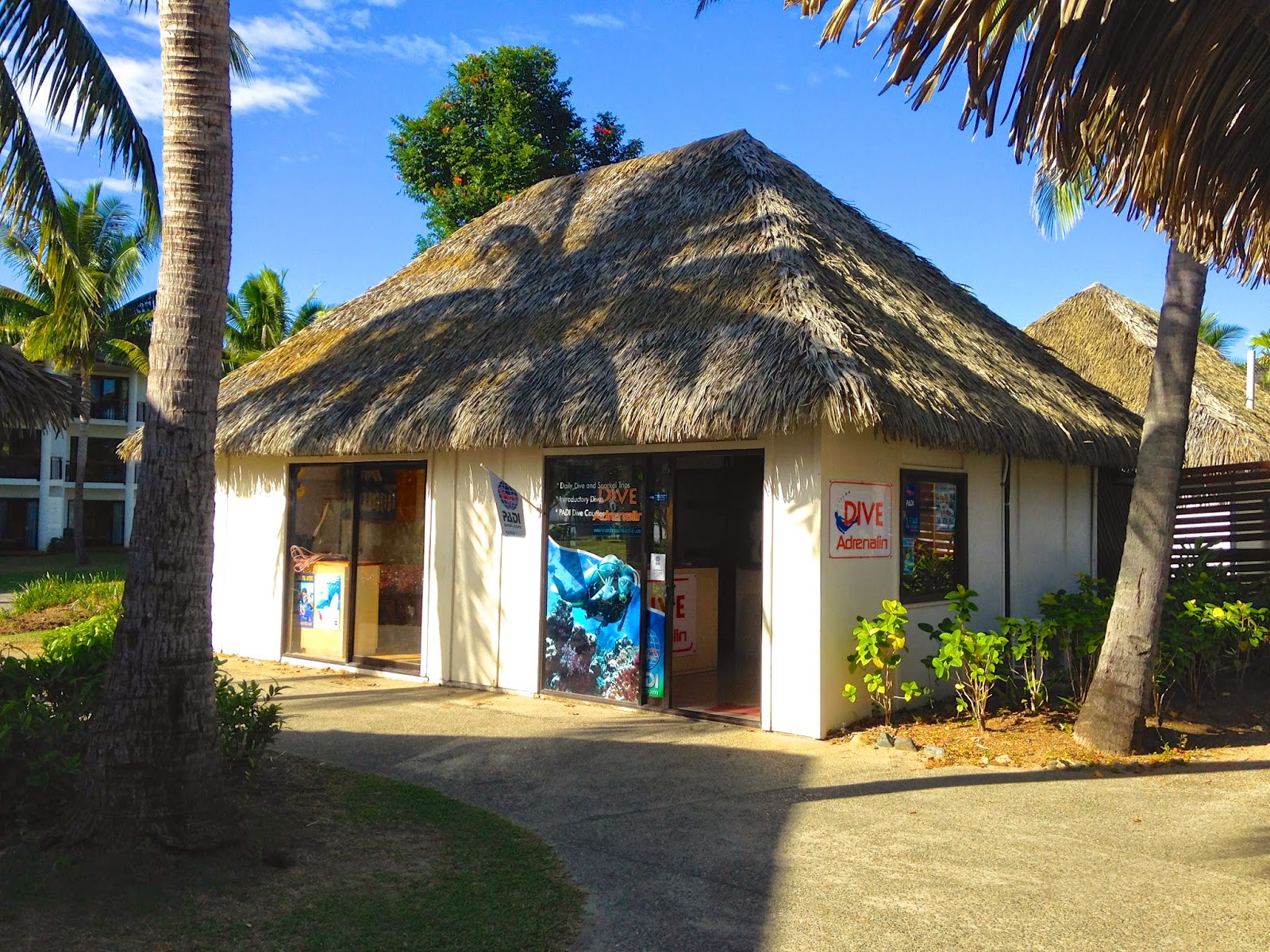 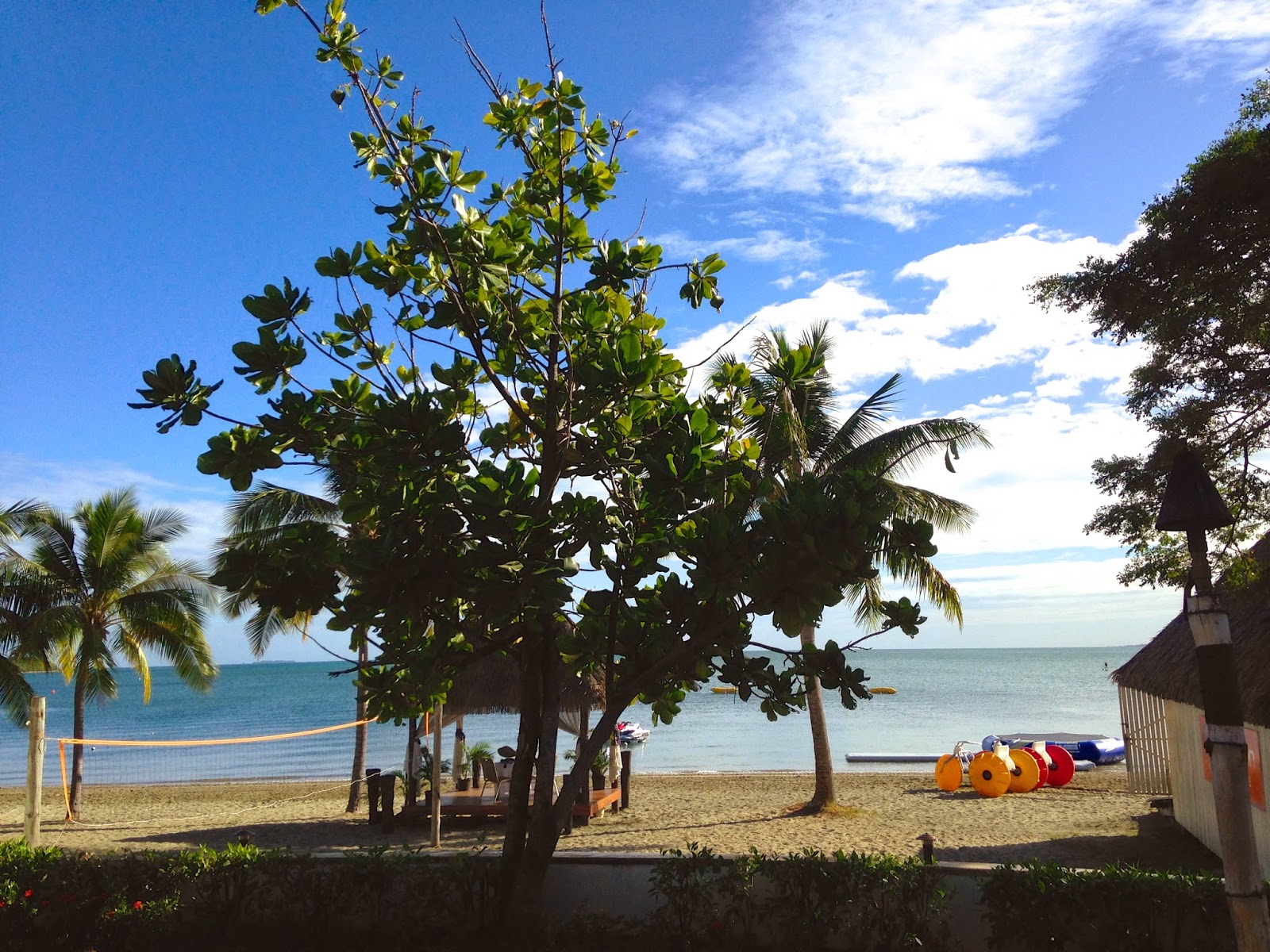 ...located on the beach in front of the Sofitel, next door to Westin. 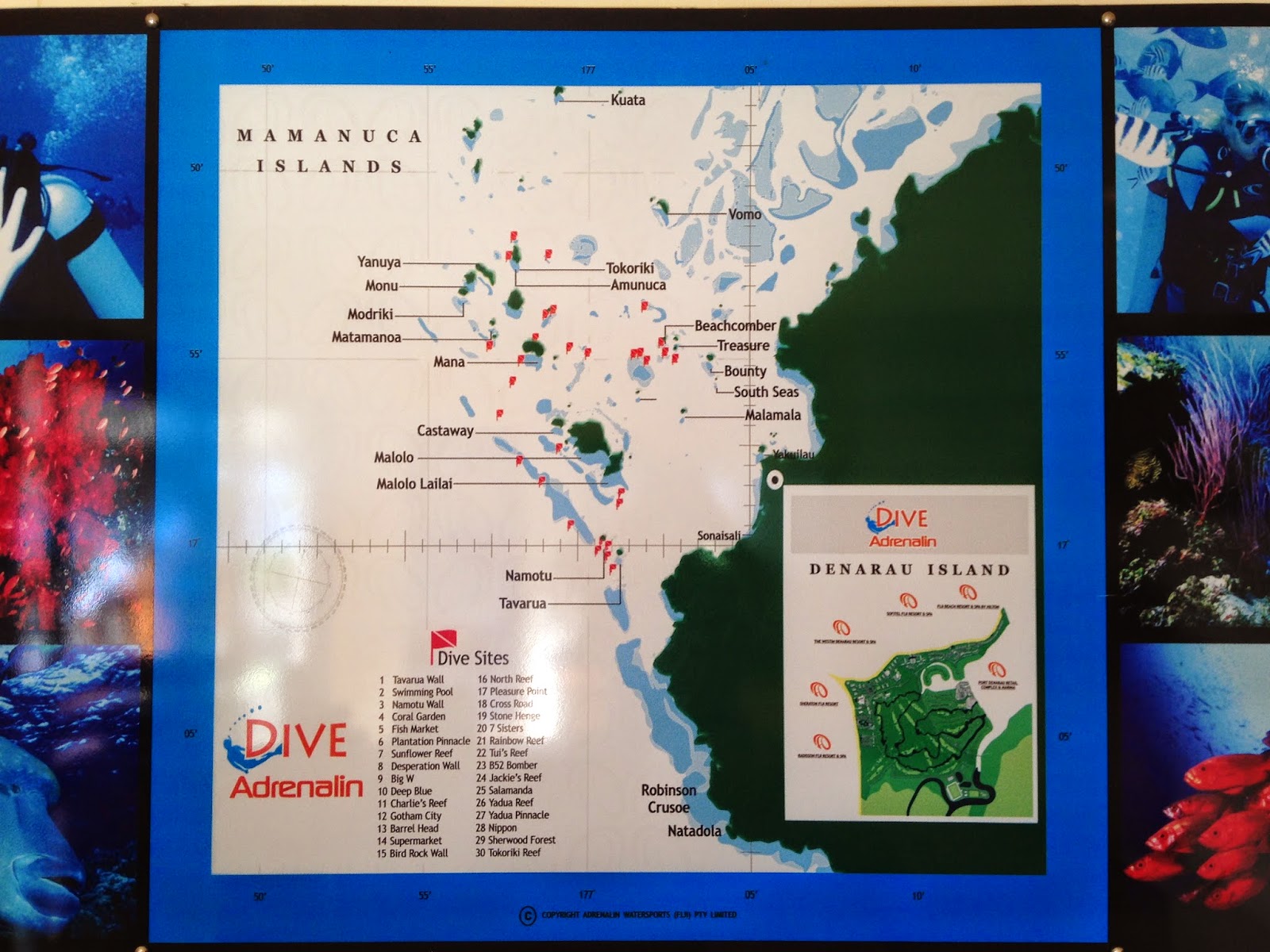 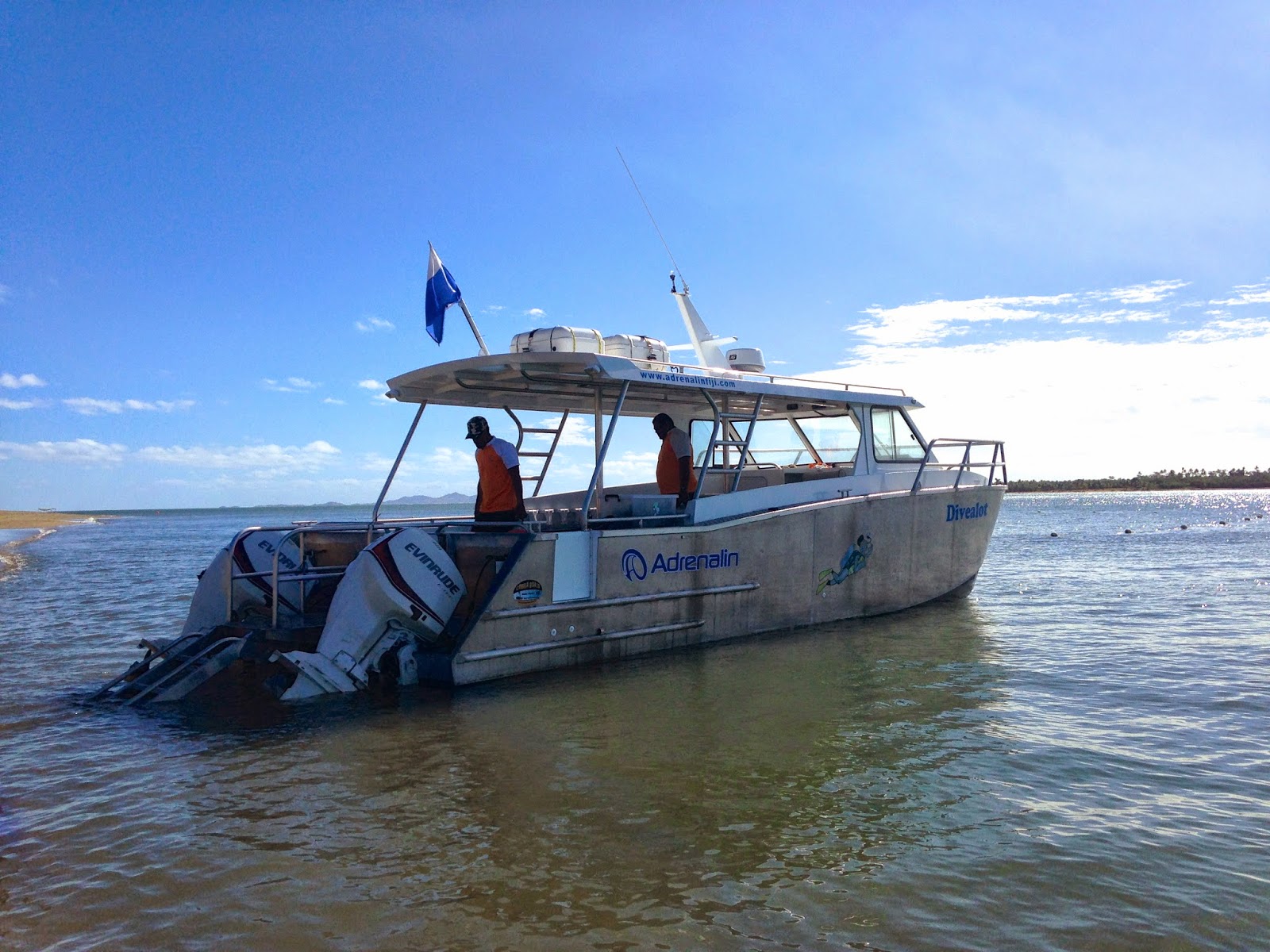 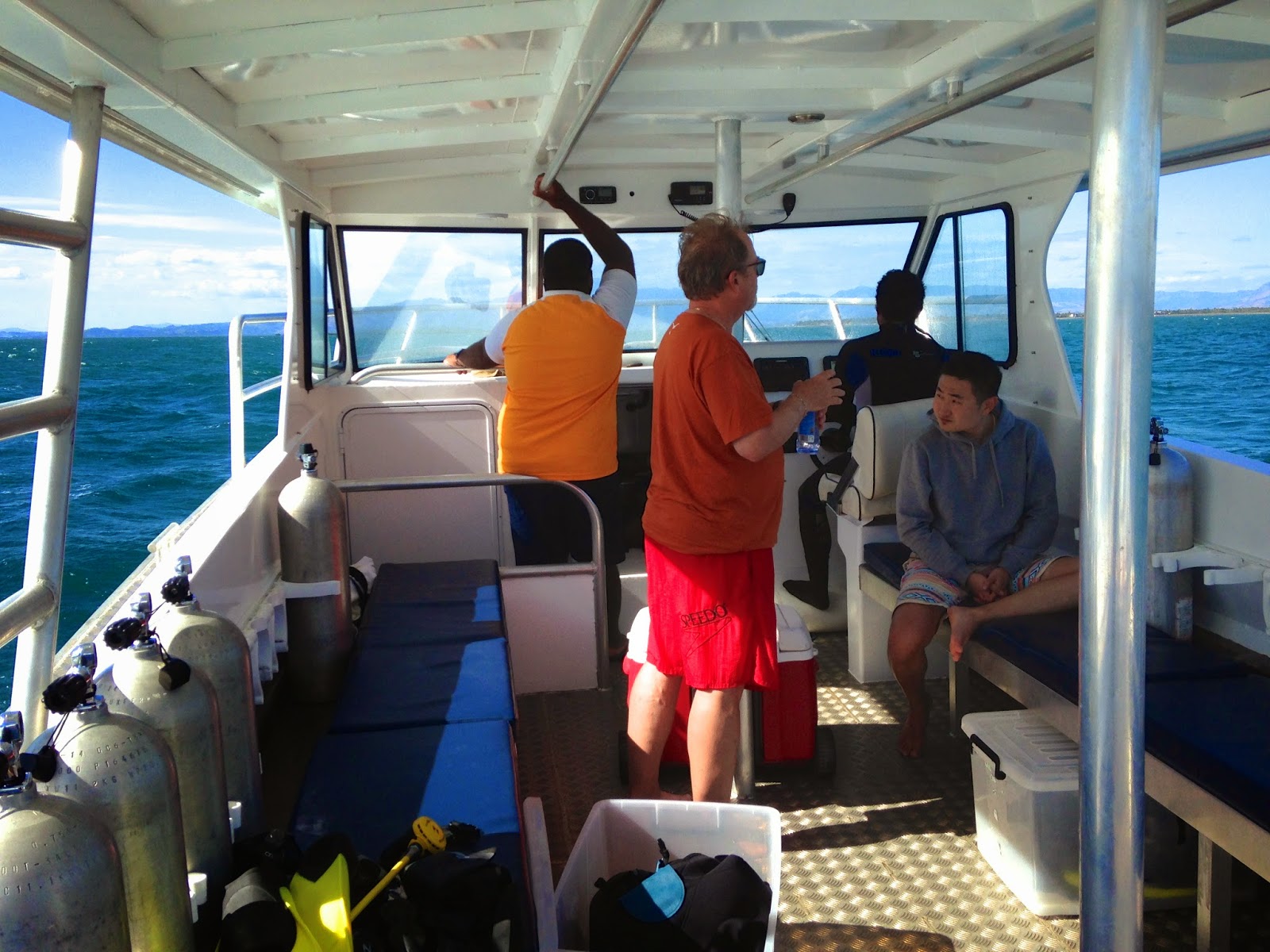 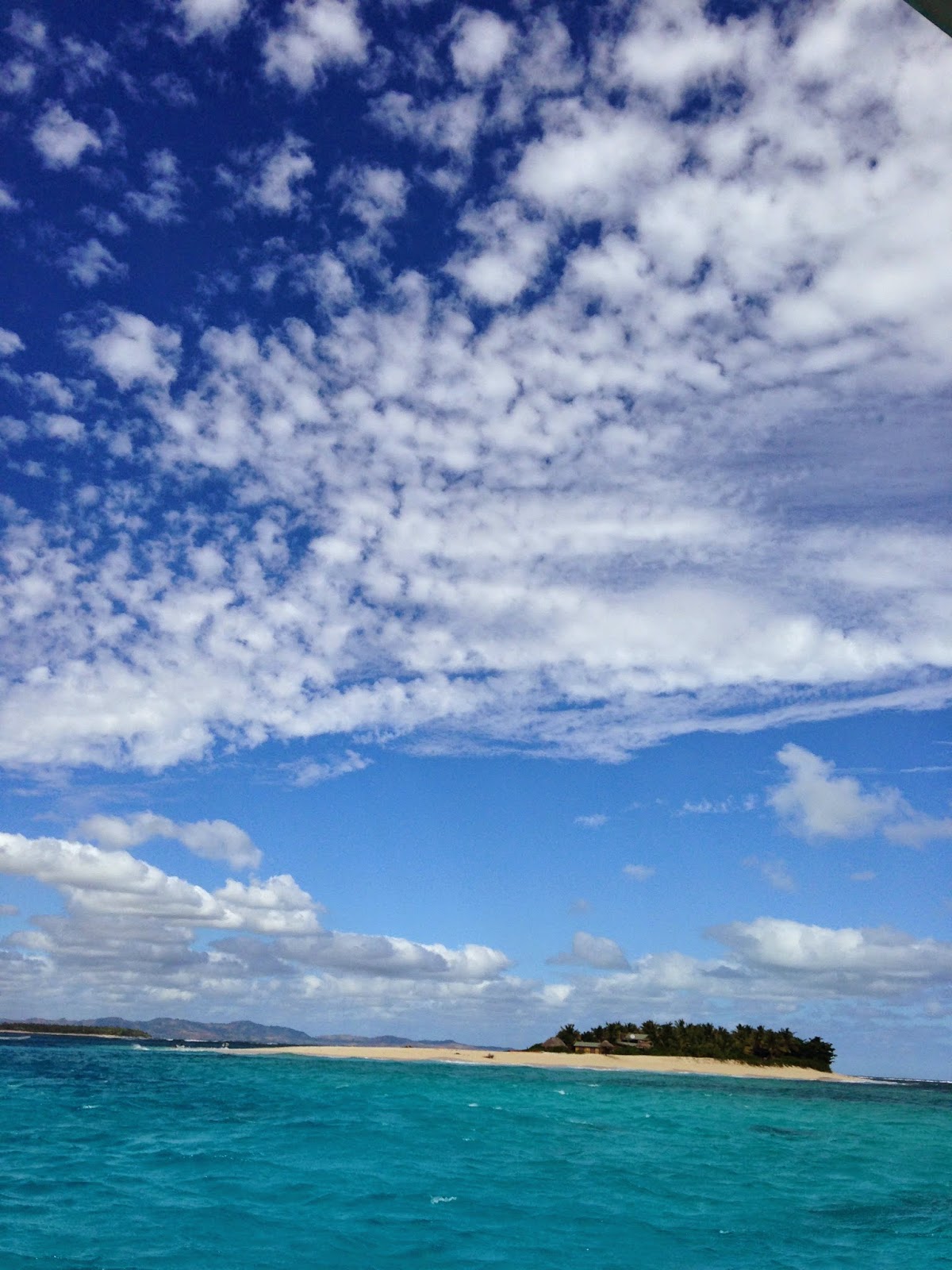 Impossibly blue skies, azure waters, off the coast of Malolo Island, where we hit the dive sites Plantation Pinnacle and Fish Market.

Flying Fish is a Pan-Asian-style seafood restaurant.  Located in the Sheraton Fiji Resort--next door to the Westin--on Denarau Island, founded in 2008 by celebrity chef Peter Kuruvita,* who also founded the original Flying Fish in Sydney in 2004, though that restaurant now seems to be under different management and affiliated with a group of other restaurants in Australia.  The menu offers various types of seafood, prepared in styles ranging from South Asian (e.g., curry), to East Asian (e.g., soy), and South Pacific (e.g., coconut).

*Author of the Sri Lankan cookbook that I got in Colombo a couple years back (see generally 3.299 Tuna & Potato Croquette Balls...). 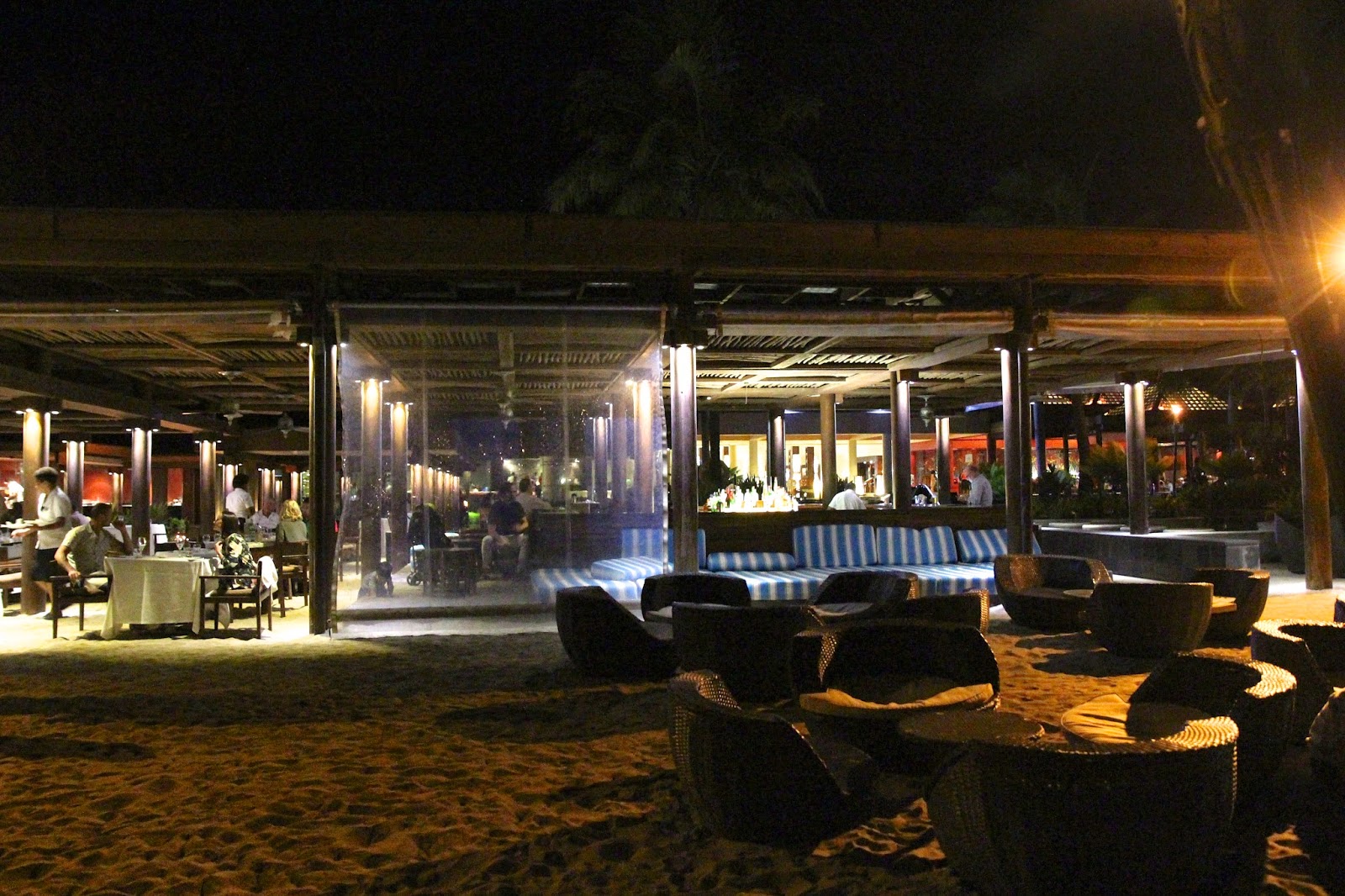 The food was respectable enough.  Hadn't had mahi mahi in years--one of my favorites, being partial to big white ocean fish--as good as ever, fresh, perfectly cooked, juicy and succulent, chunky.  Paired nicely with the lolo (coconut) sauce.  What a great feeling to eat foods that (conceivably) could've been caught/harvested within walking distance.

[Then again, I was sick the next day, mild food poisoning, probably from one of the raw appetizers that I'd eaten.] 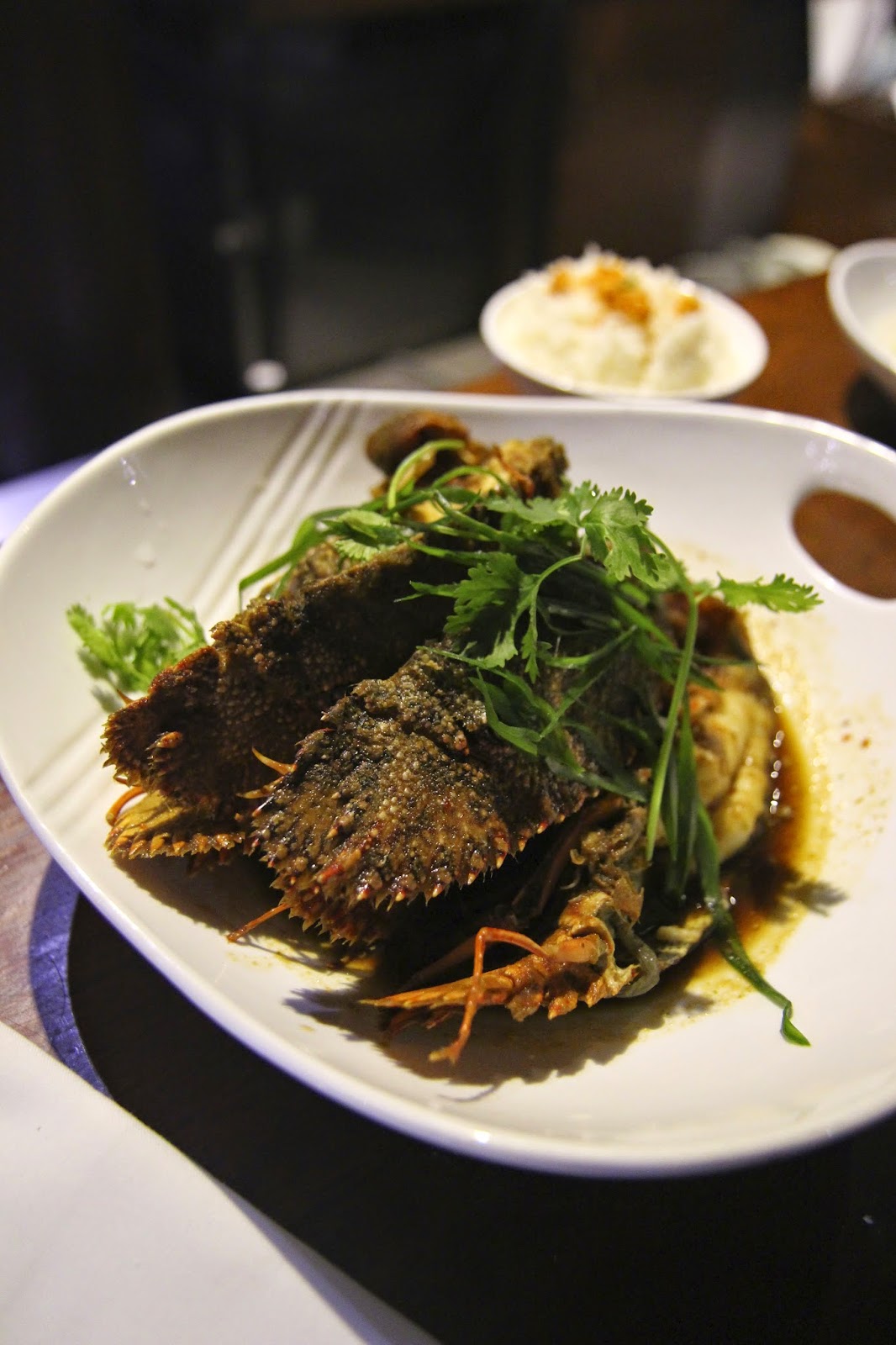 Spiny lobsters are referred to as "bugs" in Fiji, even on menus. 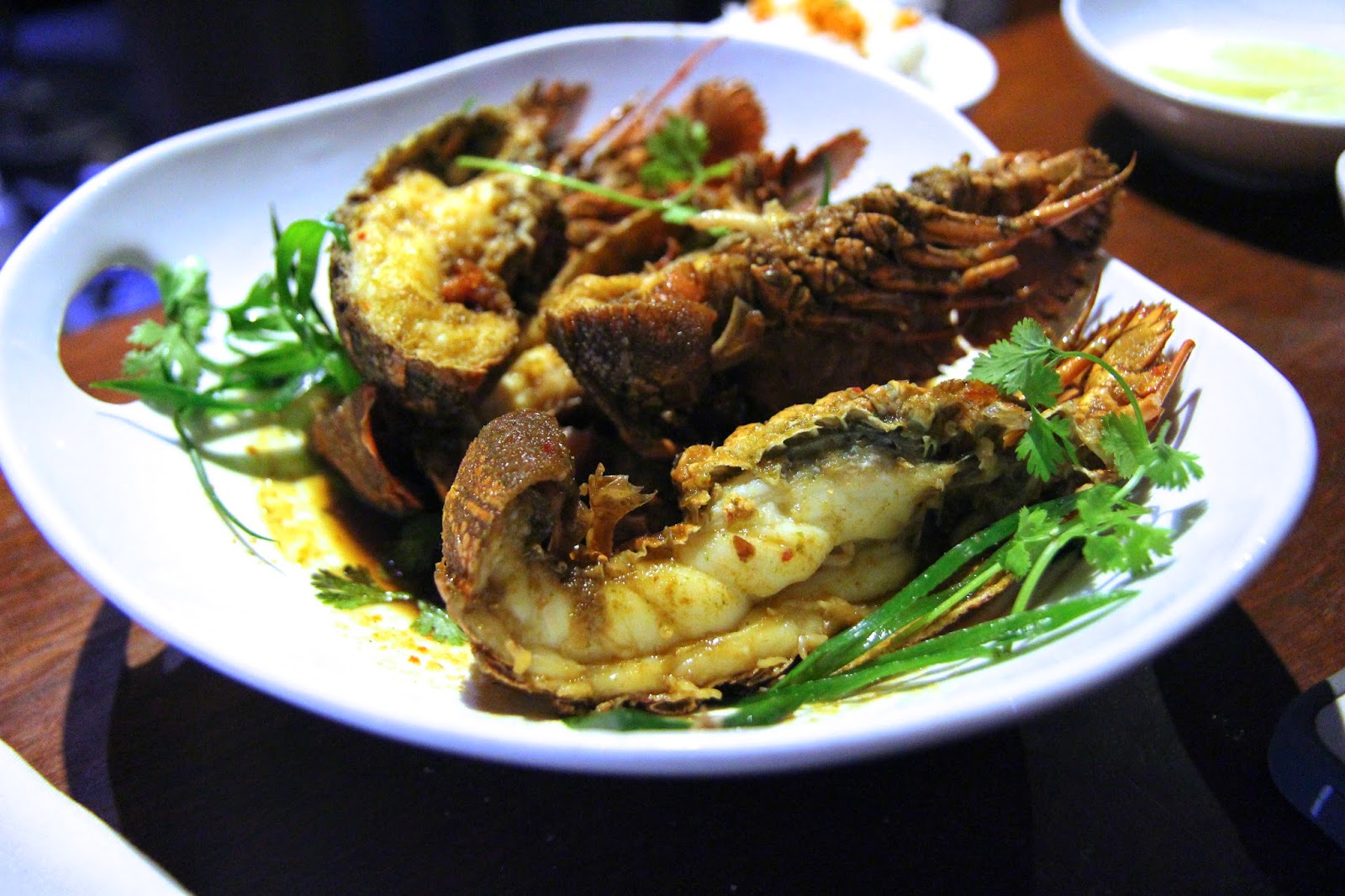 Steamed Bugs with Ginger, Chili, and Shallots (2.5)--while the meat was sweet and succulent, somewhere between shrimp and lobster, the soy-based sauce was too salty.