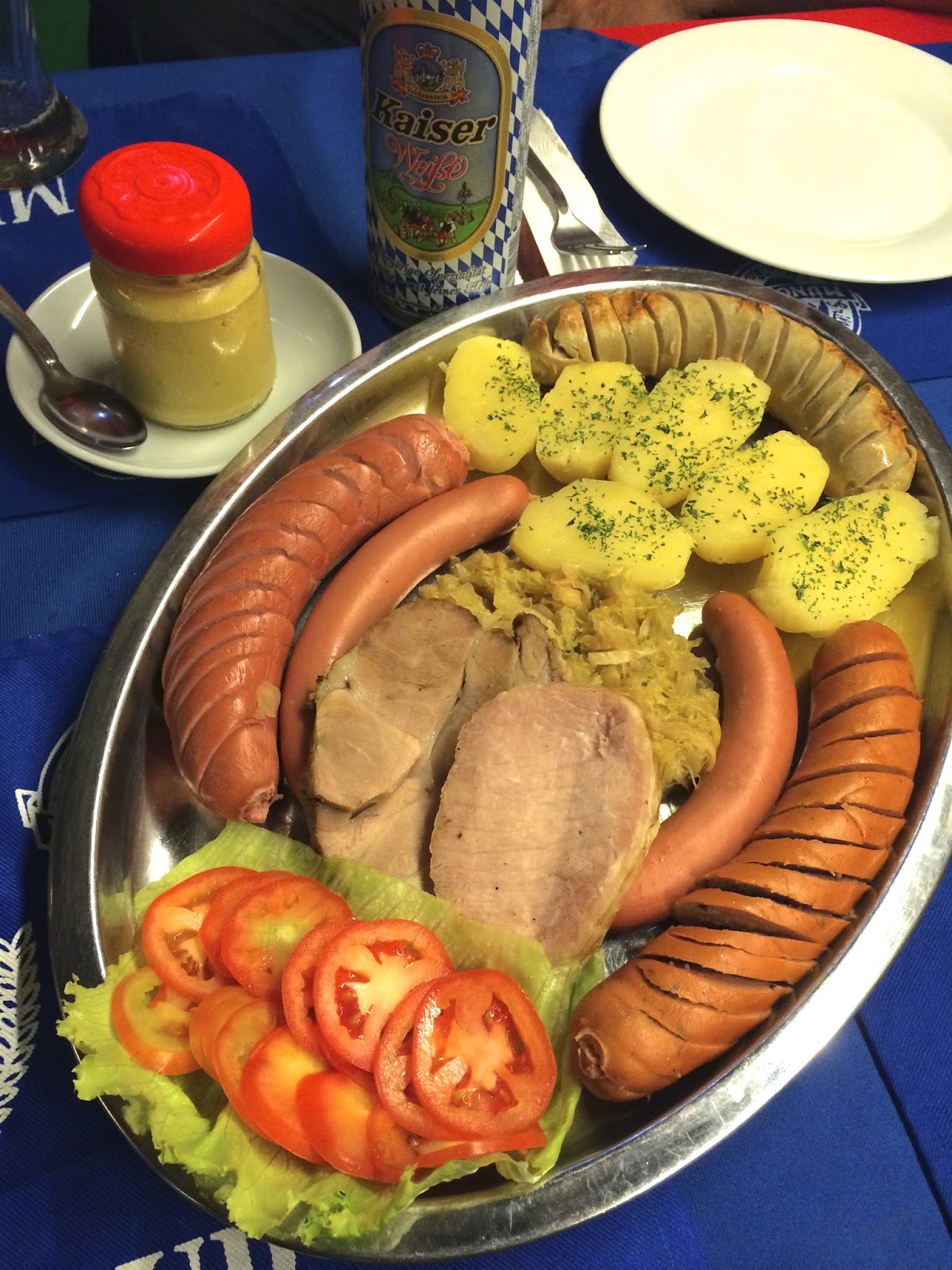 with C Lindmeier, A Way


München is a German pub.  Located in Ermita, on Mabini, corner of Padre Faure, a couple blocks west of Robinsons Place.  Menu offers simple German fare, like sausages and other pork dishes, as well as Filipino food, for some reason.

The 2014 World Cup semi-final match between Germany and Brazil is scheduled for this evening, though shown early tomorrow morning here in the Philippines due to the time difference.

Christian, who hails from the city of München, proposed that we have a drink at the pub München to generate luck for his national team.  Andy and I obliged. 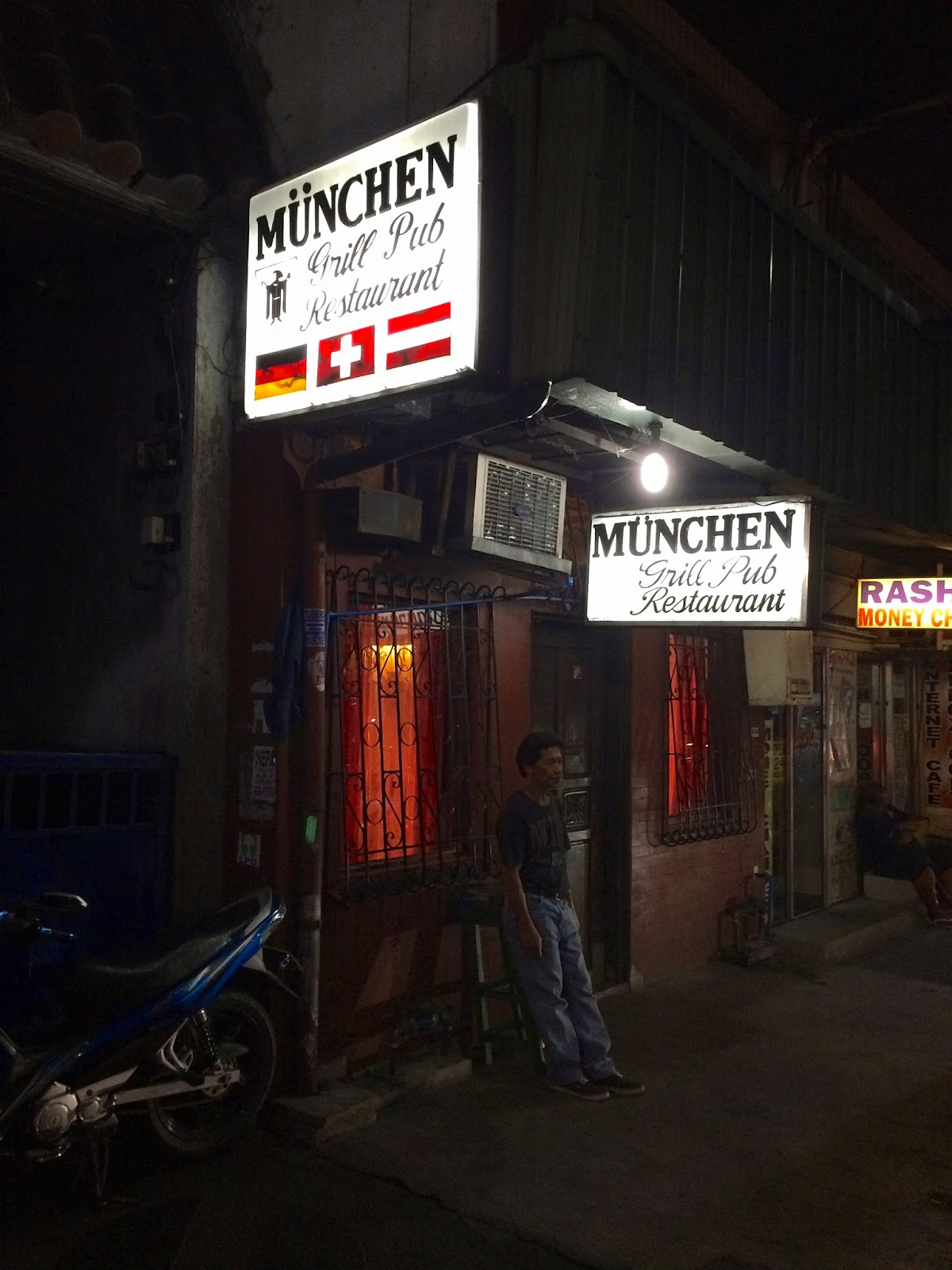 In the seediness of Manila, Mabini is the seediest street of all. 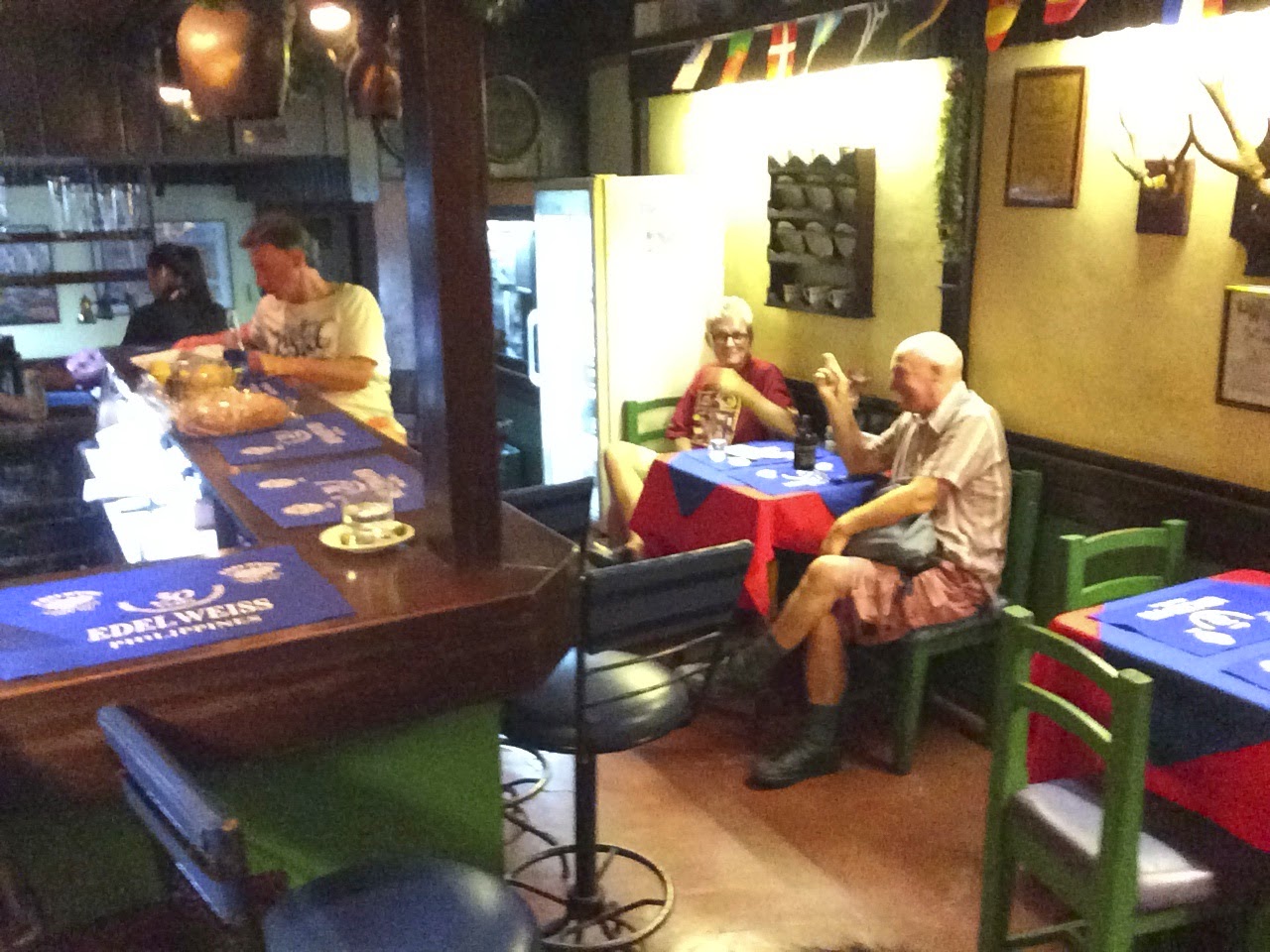 All old white expats, not necessarily German, some with their local female companions.

The food was largely miss.  Most of the sausages, as well as the saurkraut, were dry and bland.  The pork loin was dry and porky.  Christian claimed that the food was reasonably authentic--except the fresh tomato slices, which supposedly would never show up on a German table--though not good by any means--then again, Bavaria is known for beer, not food.  Whatever. 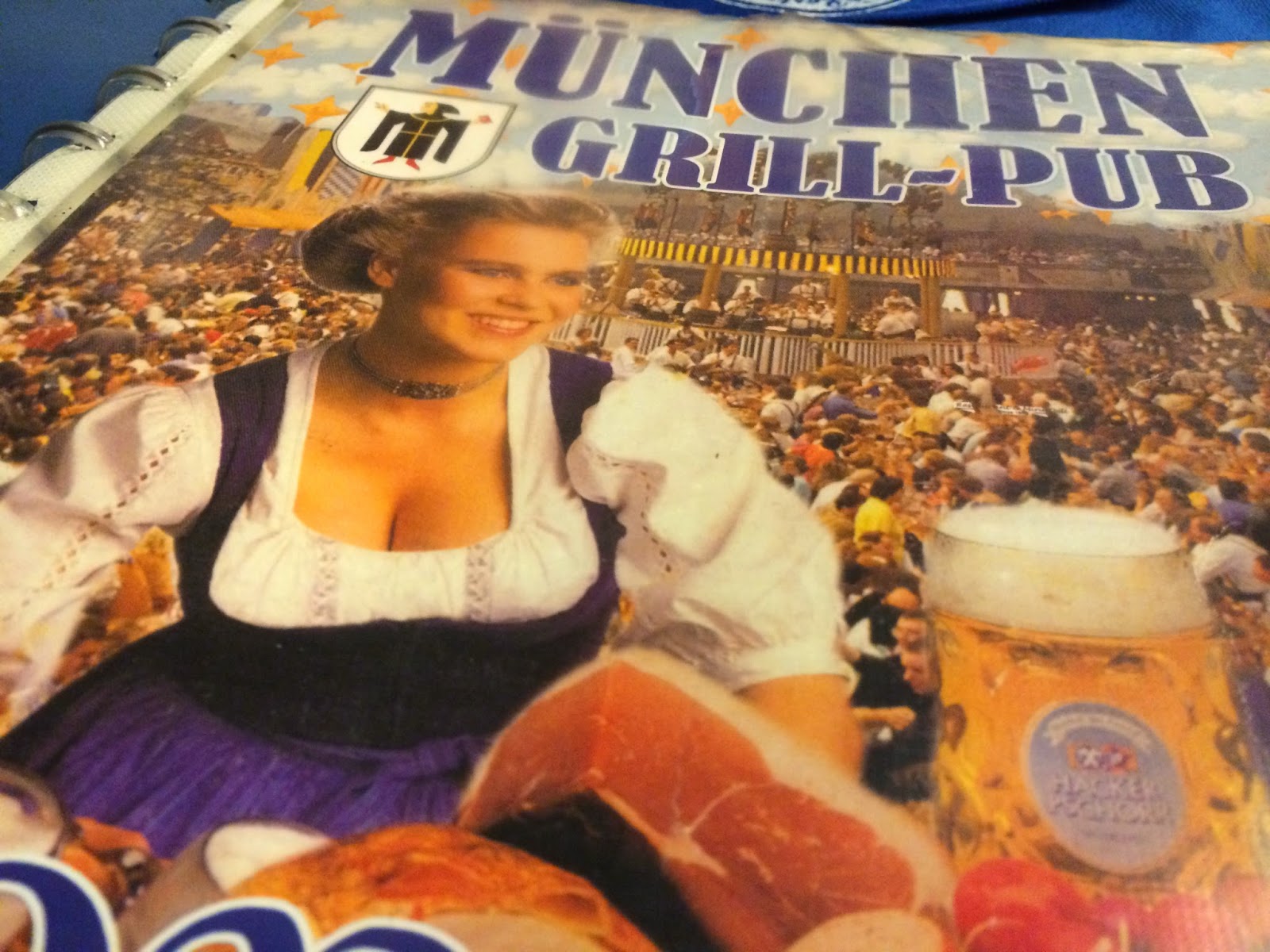 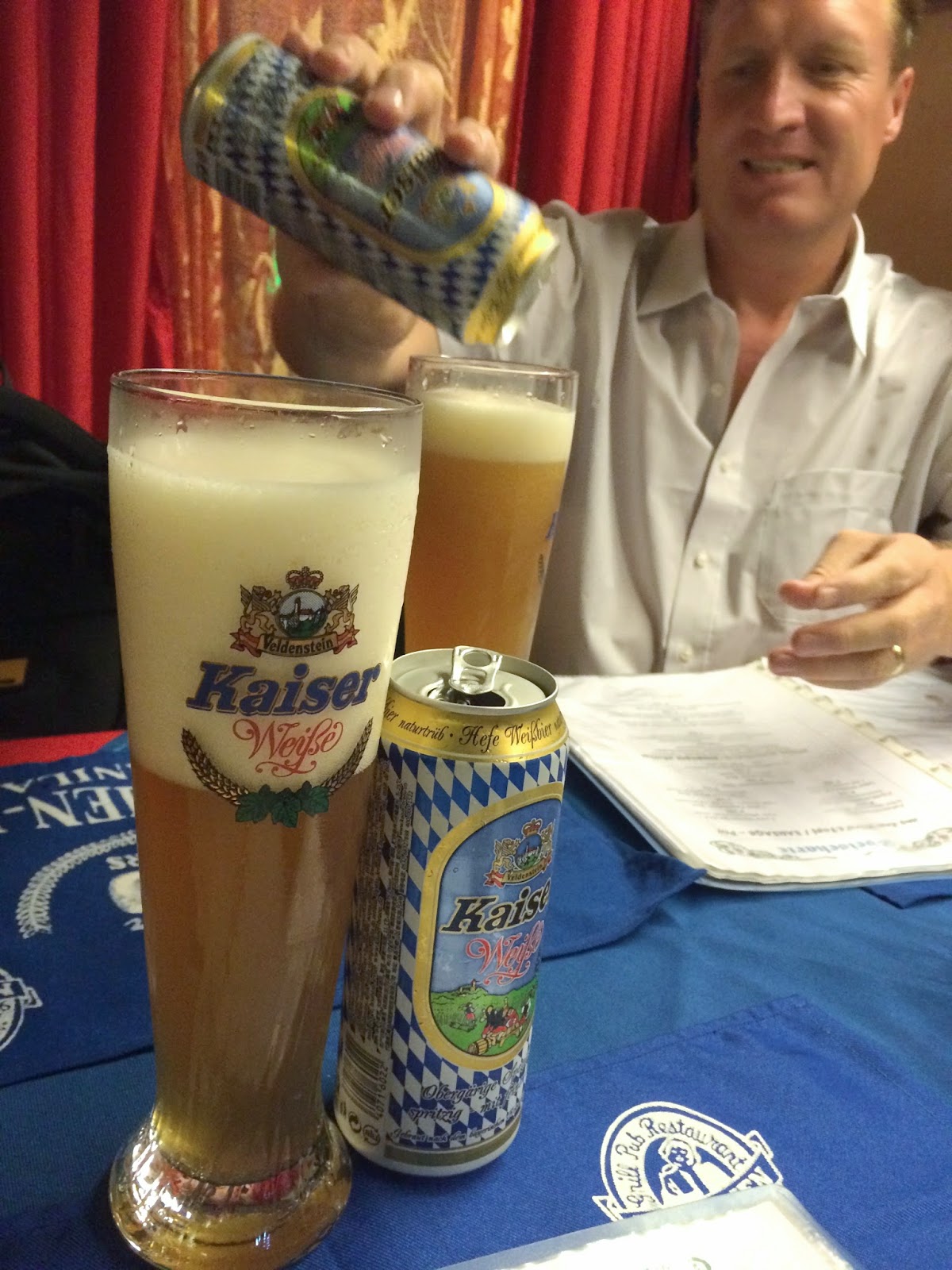 Christian, trying to show me how to pour a proper head; when I explained that I'd deliberately poured the thicker head so as to better show the logo for the photo, he didn't believe me.