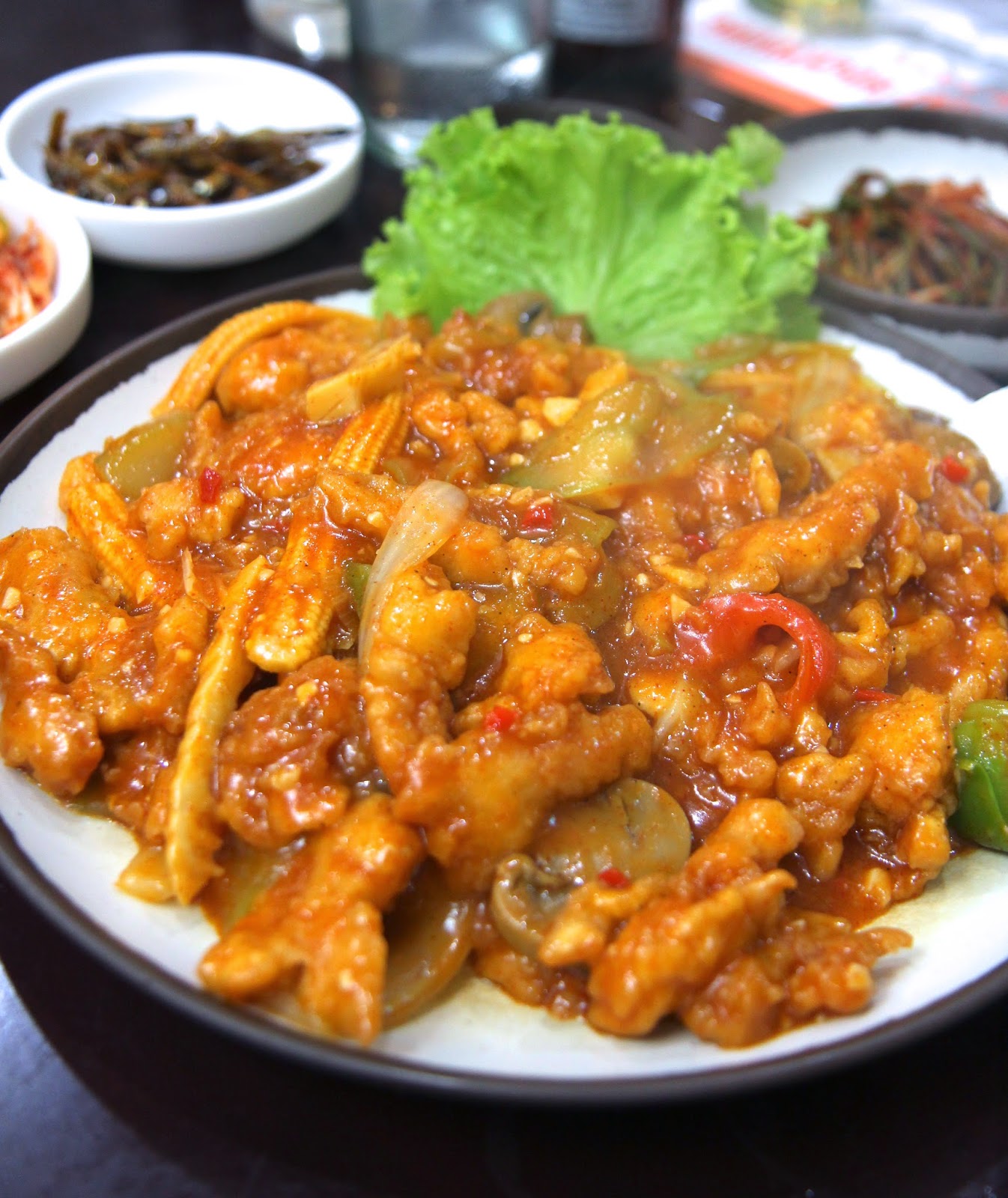 This time, we went to Anilao Scuba Dive Center (ASDC), a Korean establishment.  Much cheaper than neighboring places, 4,500 pesos per person is inclusive of a 1-night stay, 4 meals, 3 dives, including gear rental--by contrast, Pier Uno (see generally 5.154 Kakuni Ramen) would charge more than 8,000 for the same. 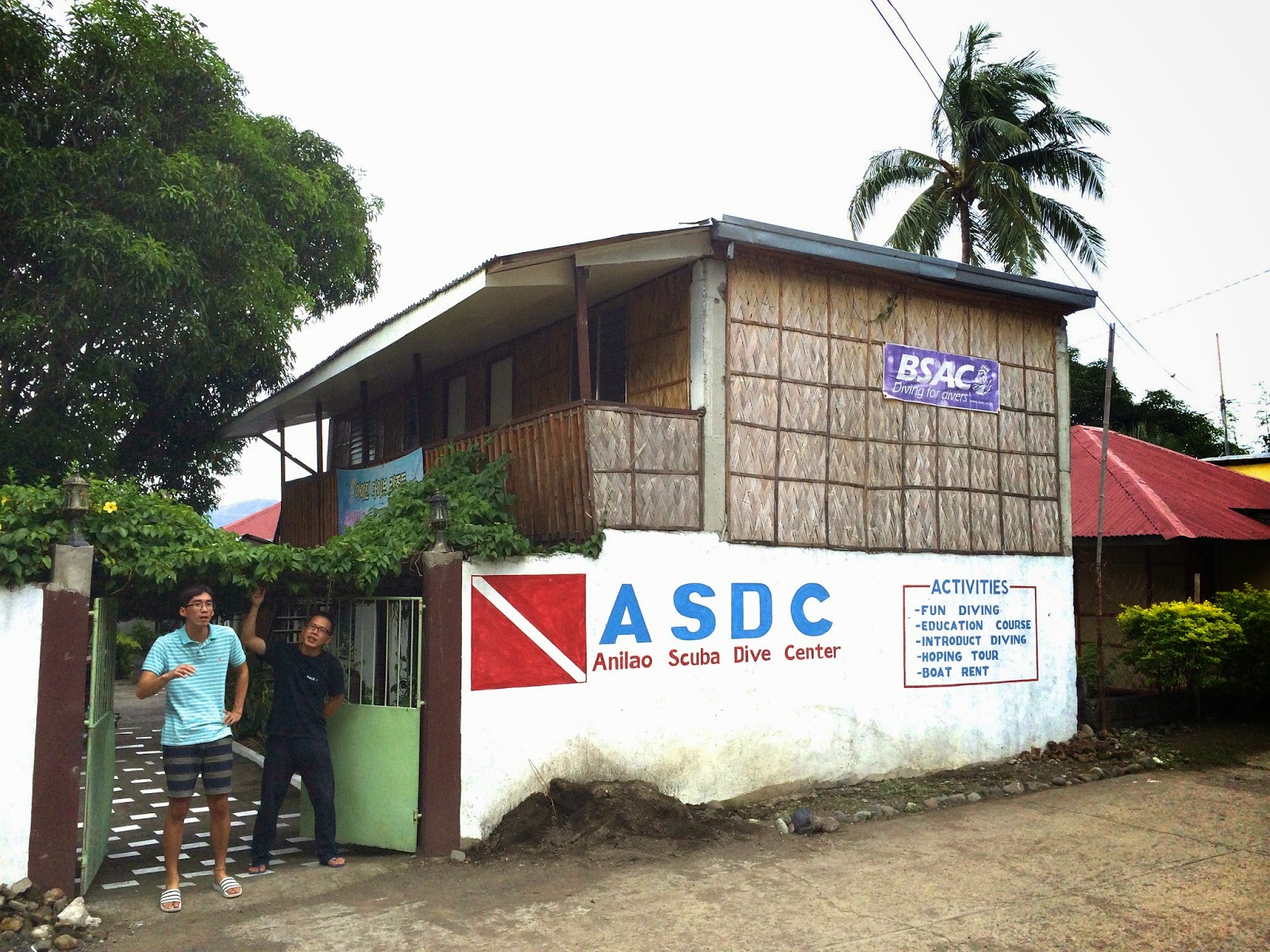 Dude on the left is the owner, in-house dive master on the right. 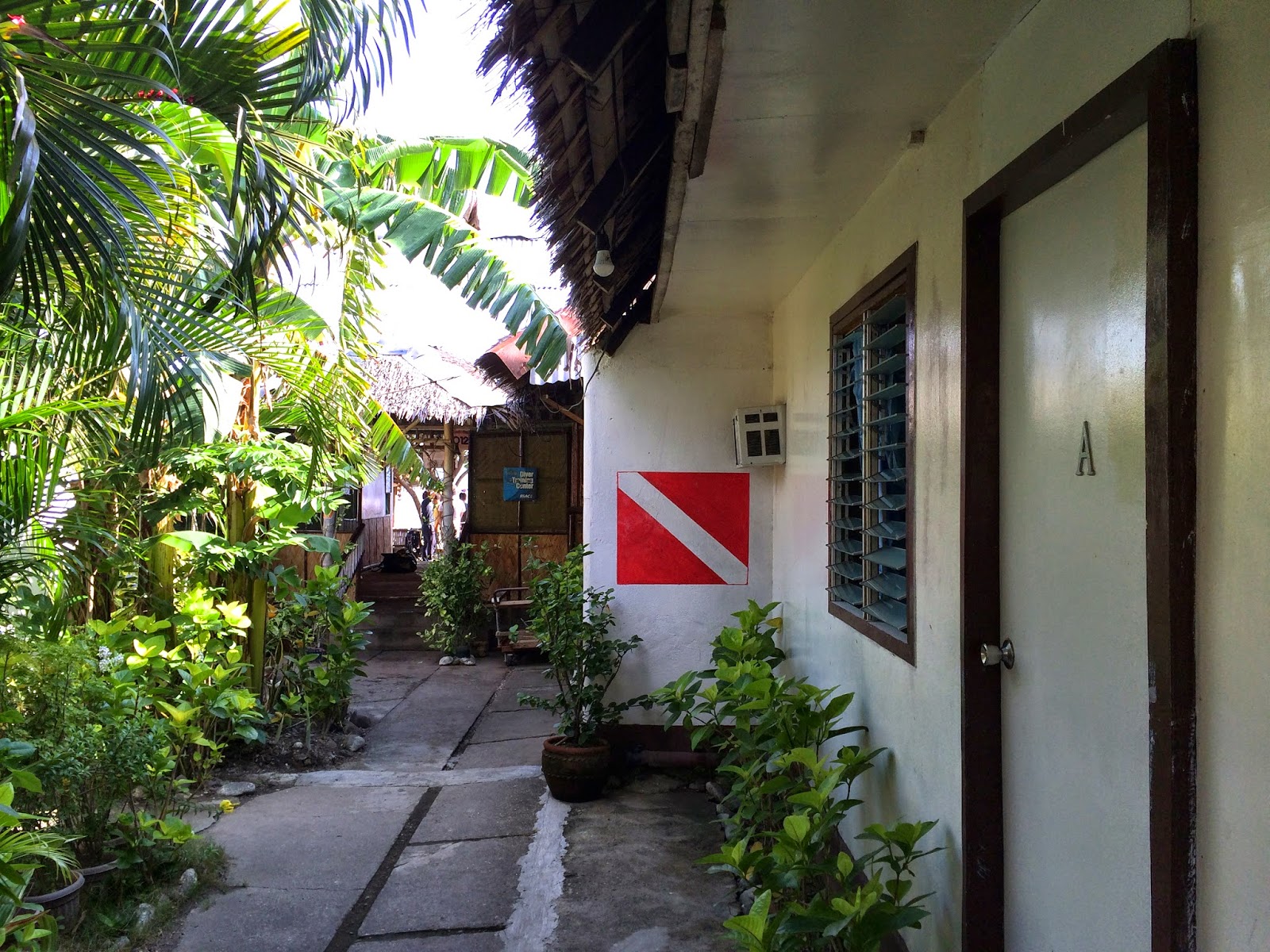 I'll post photos of the rooms and other facilities when I stay the night someday. 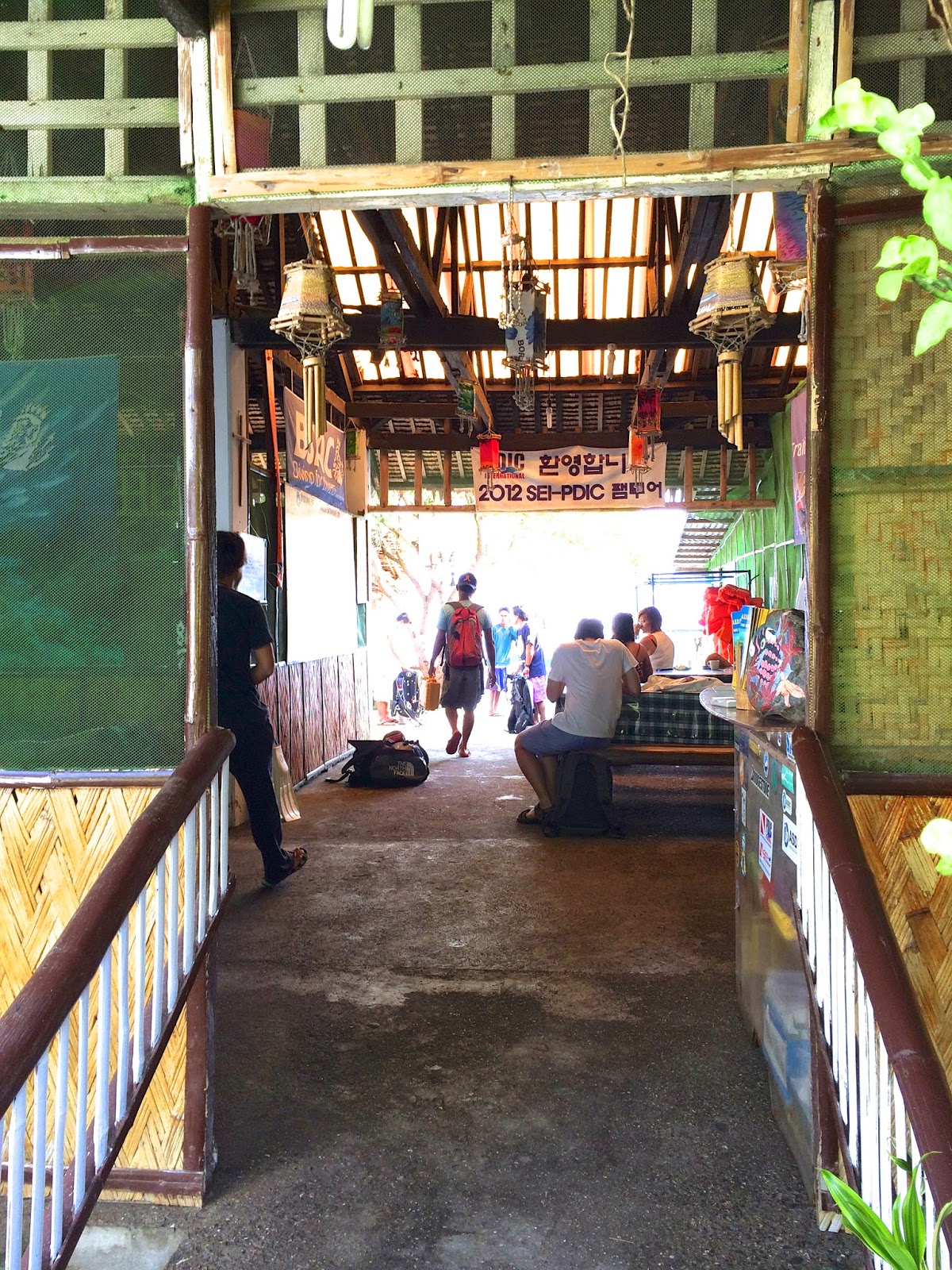 Not a resort in any sense, just a barebones dive shop. 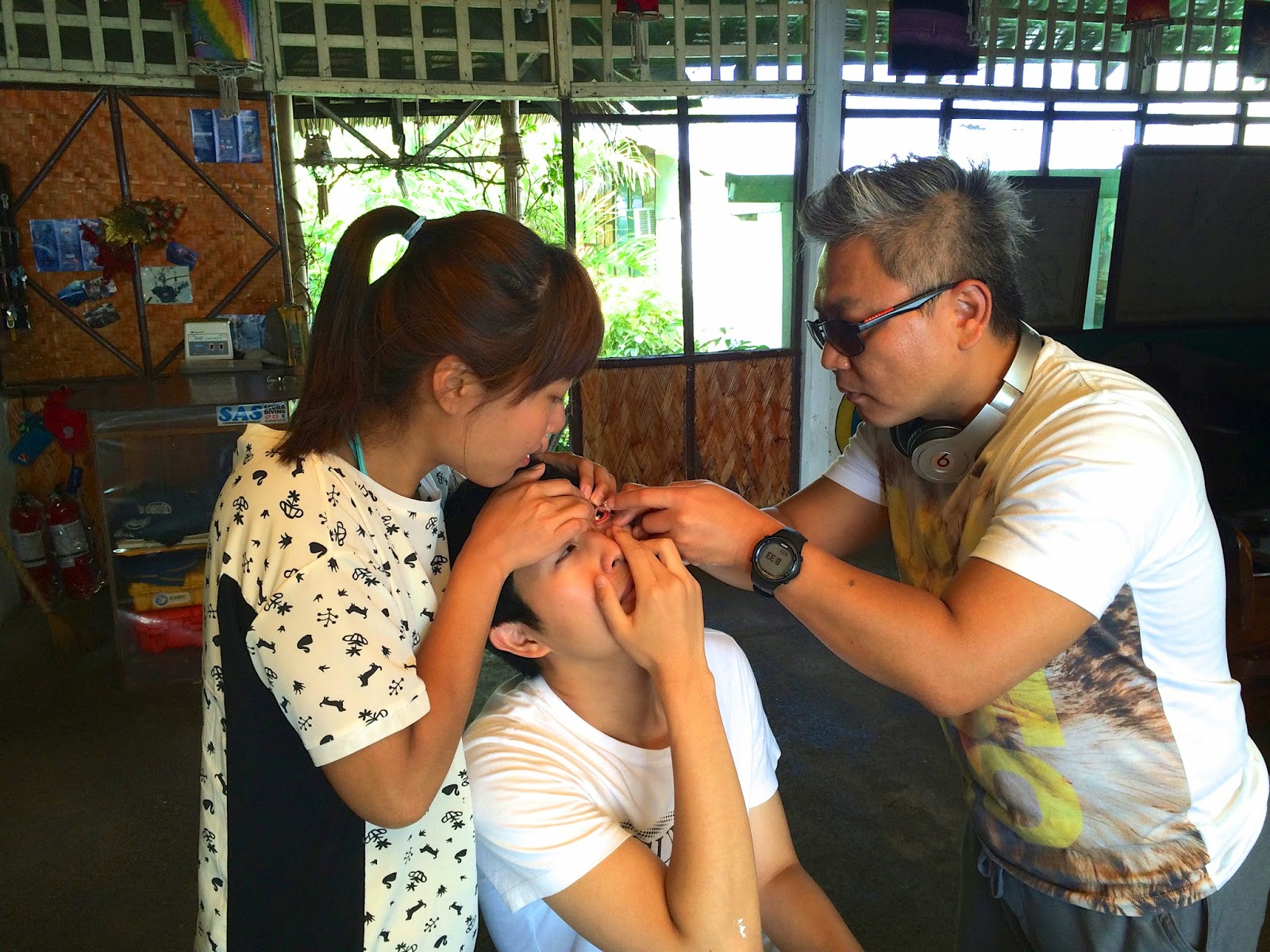 Accompanied by JH (right) and 2 Korean interns, dumbasses trying to get contact lenses into JH;  coincidentally, HM happens to be a former student from Ajou University. 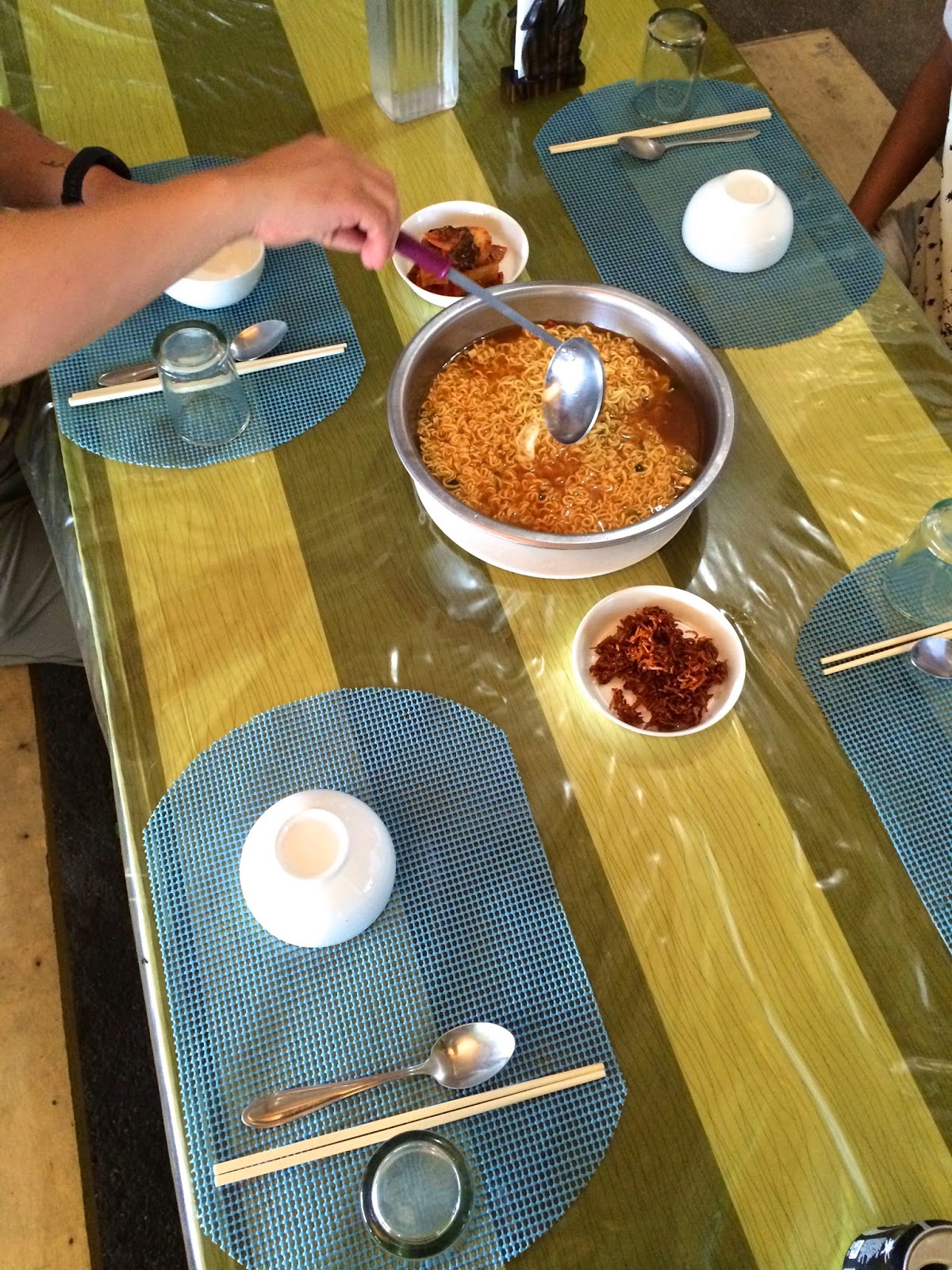 Breakfast of ramyeon and kimchi--if given a choice of eating anything from anywhere in the world at that moment, this is what I would've chosen. 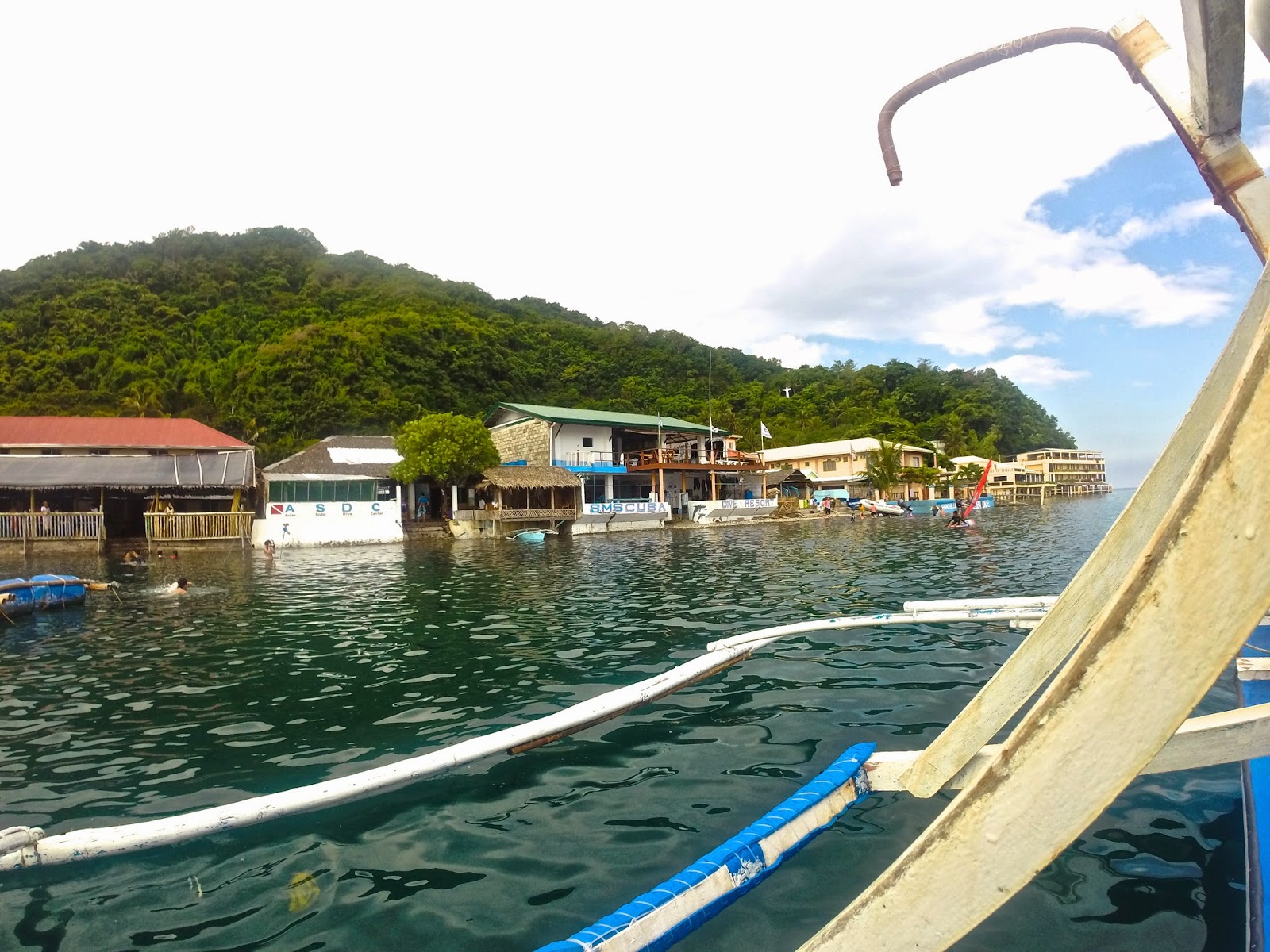 ASDC lies directly along the waterfront, no beach at high tide. 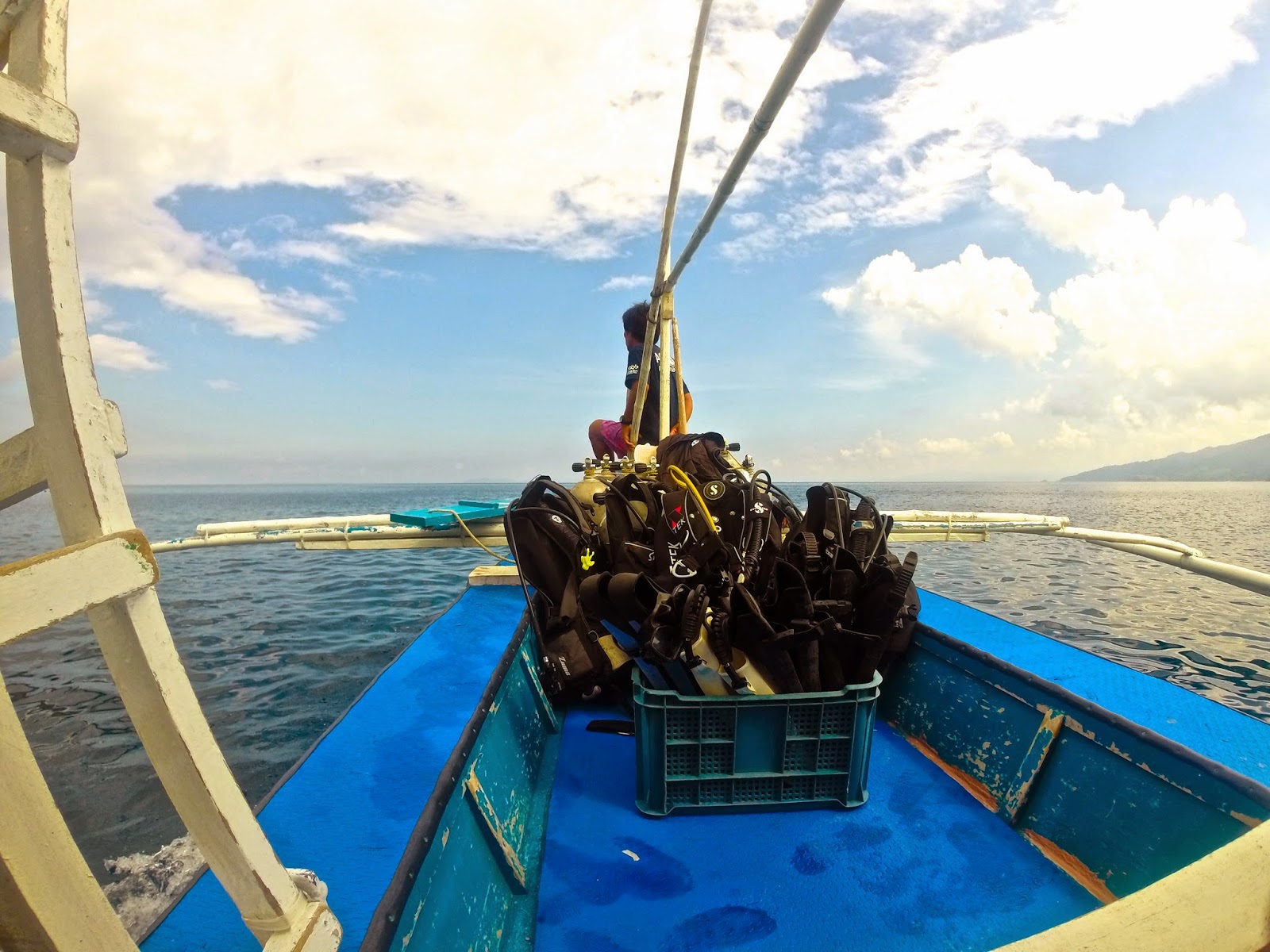 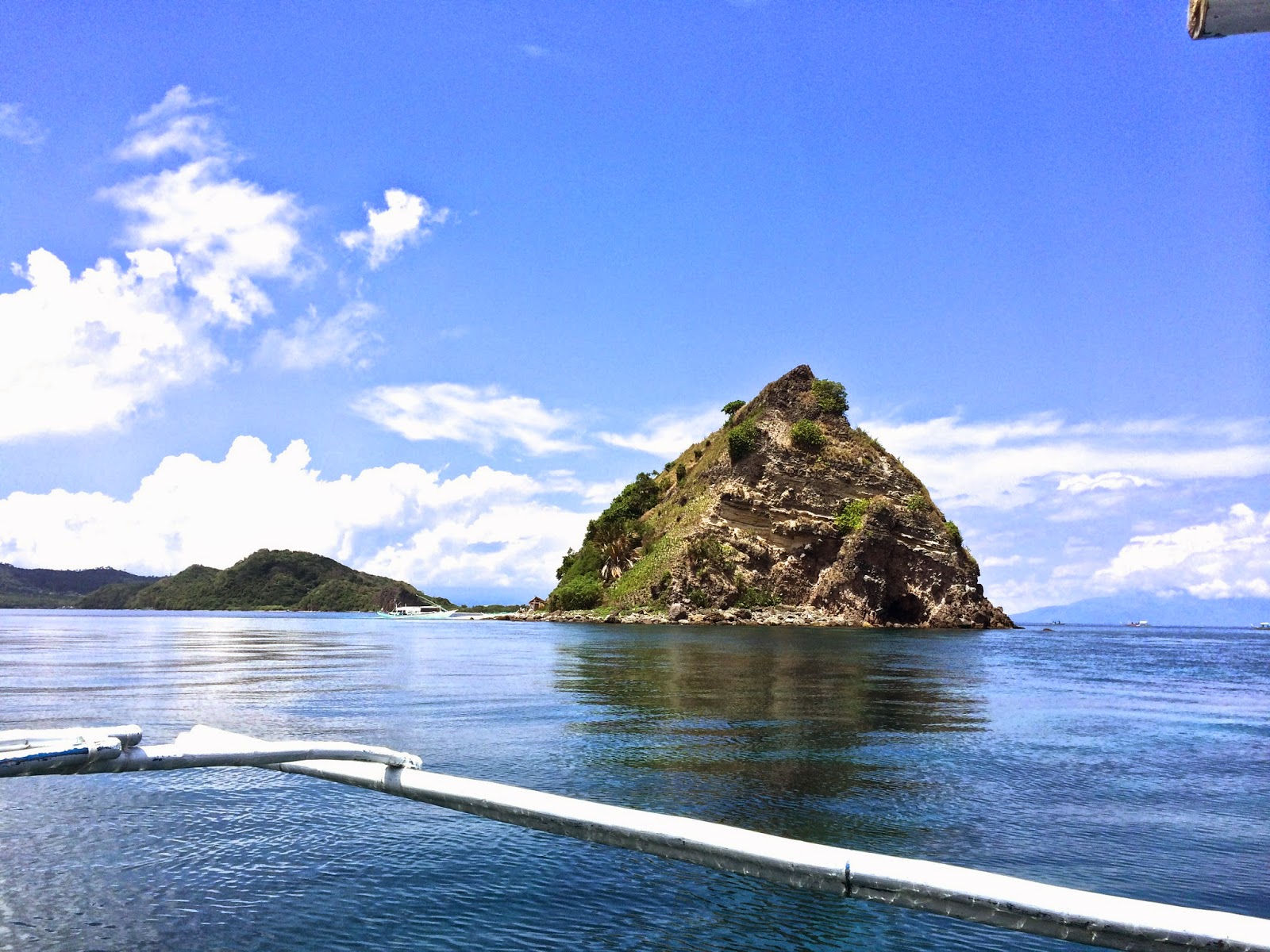 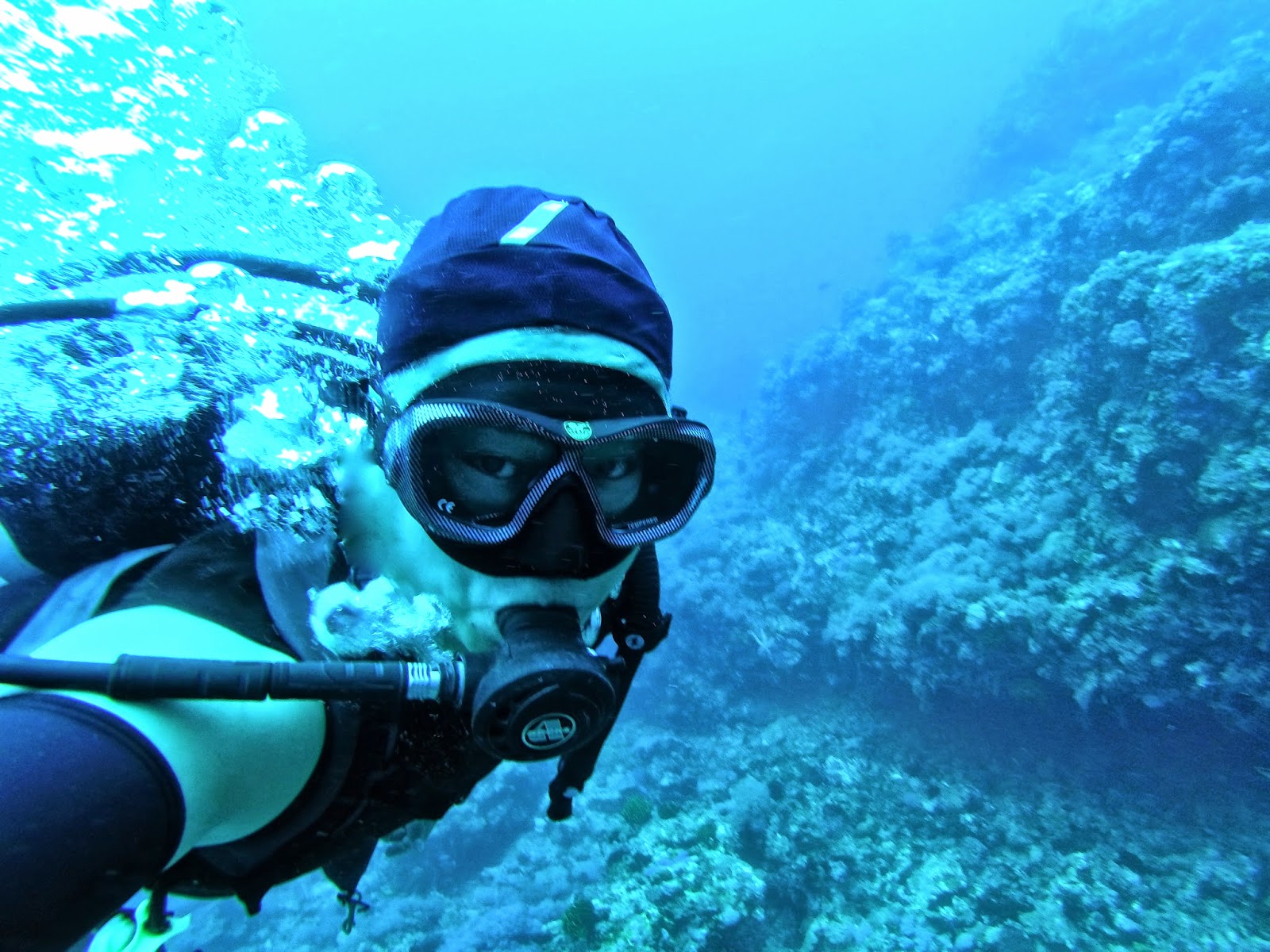 Taken with my new GoPro camera. 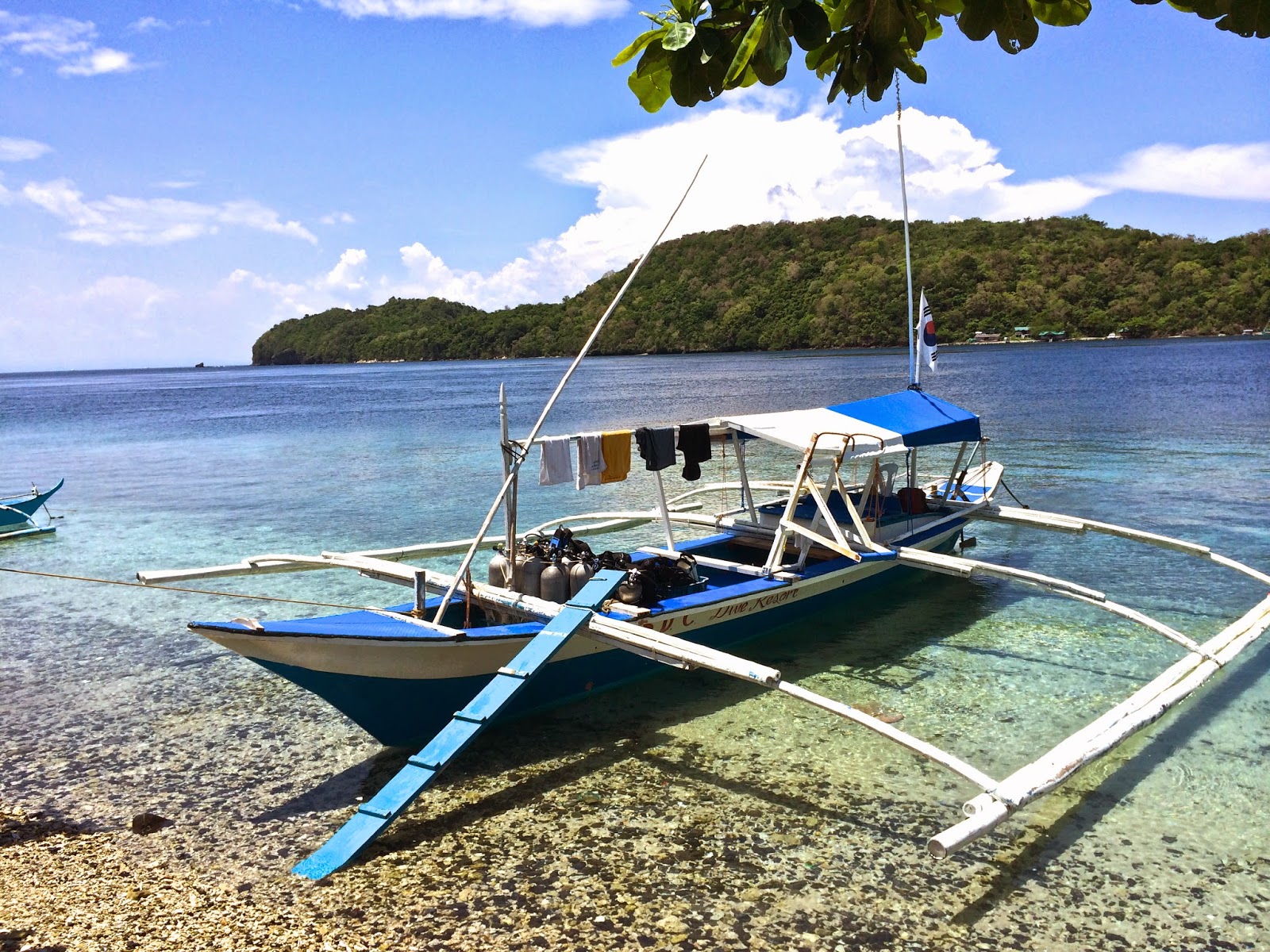 After the mornings dives, we stopped by a local fishing village for lunch. 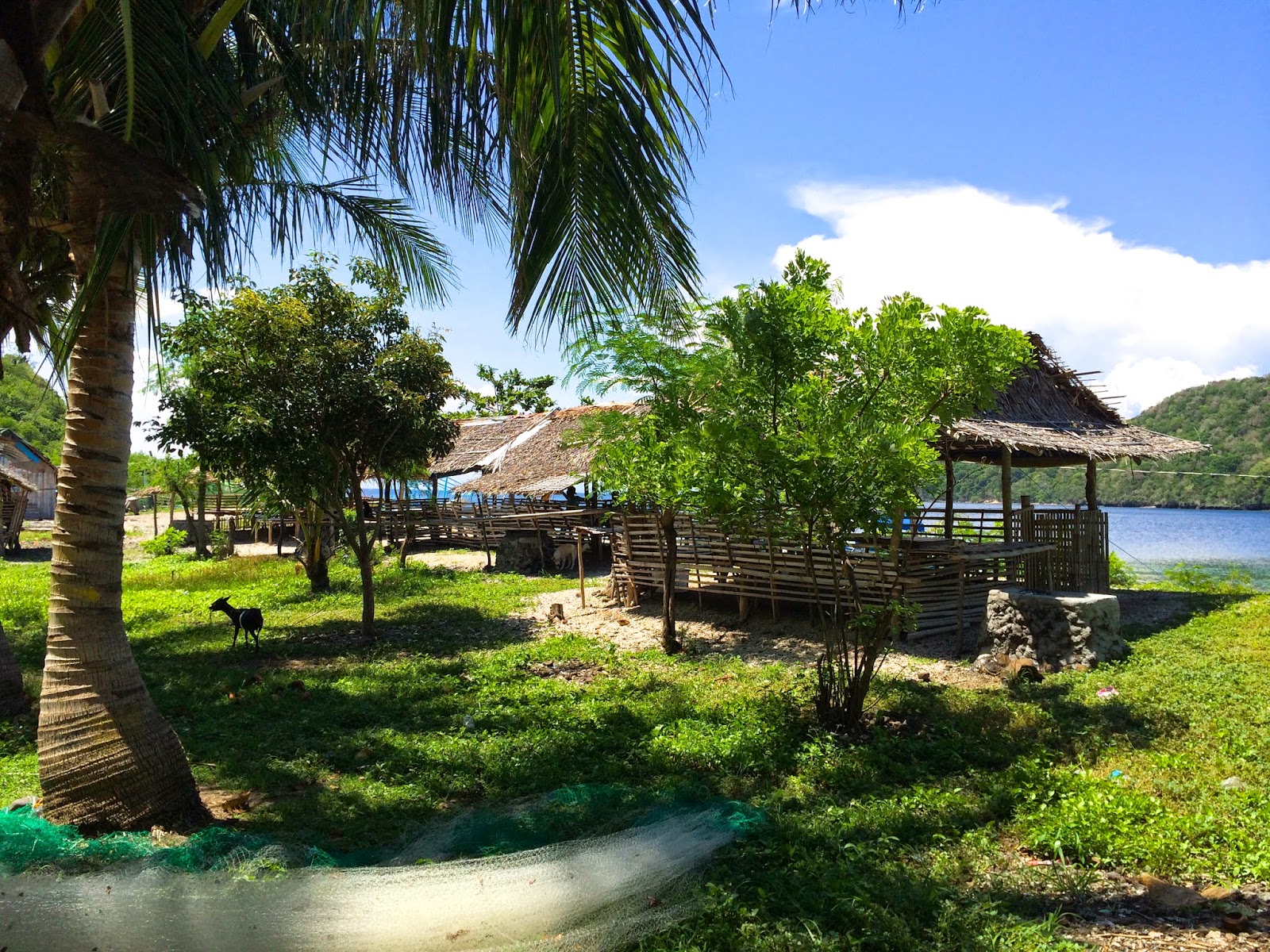 The locals charge 300 pesos per person to rent out this hut... 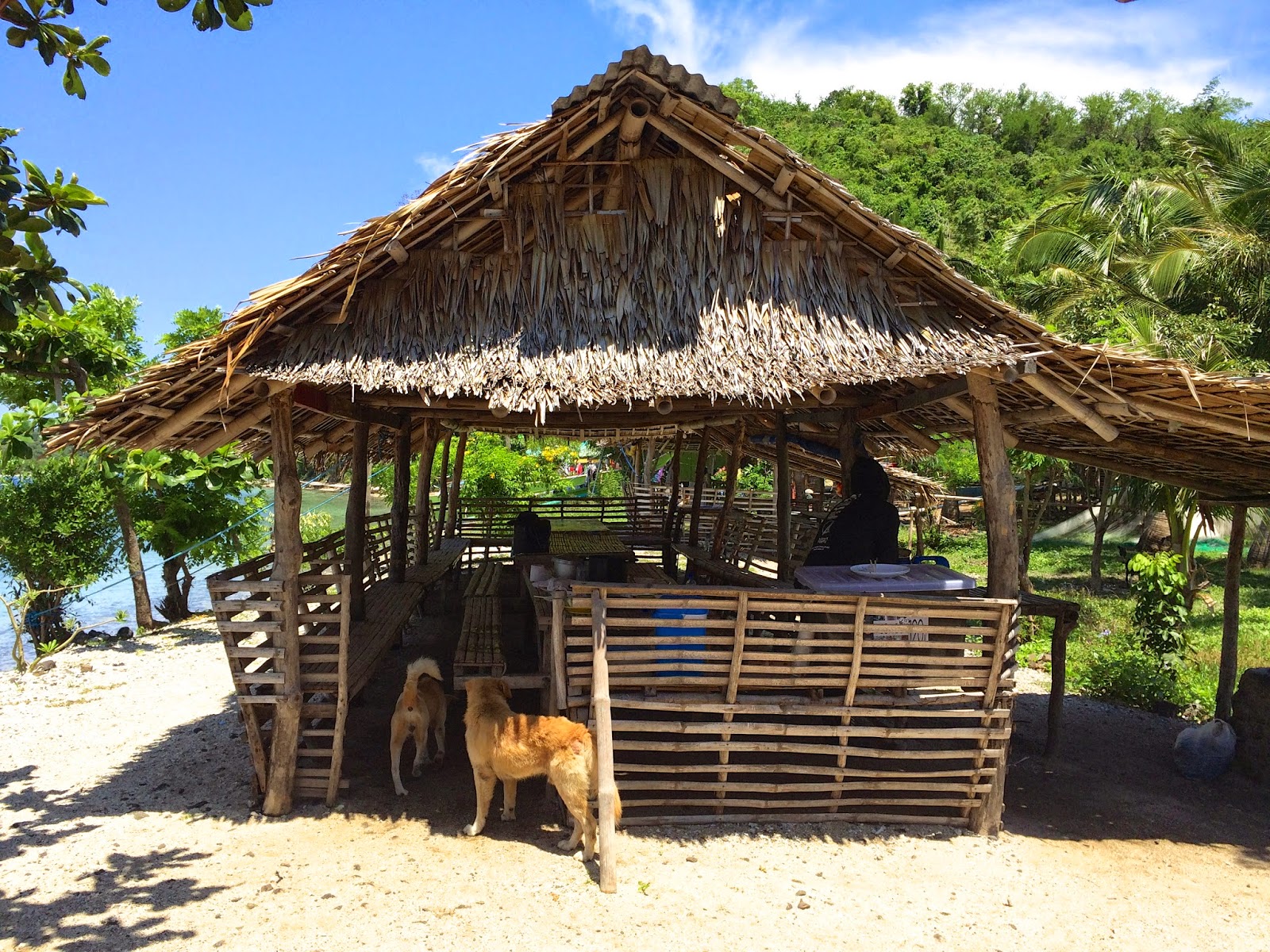 ...which includes a barbecue grill that they'll fire up and cook whatever foods brought by the diving group. 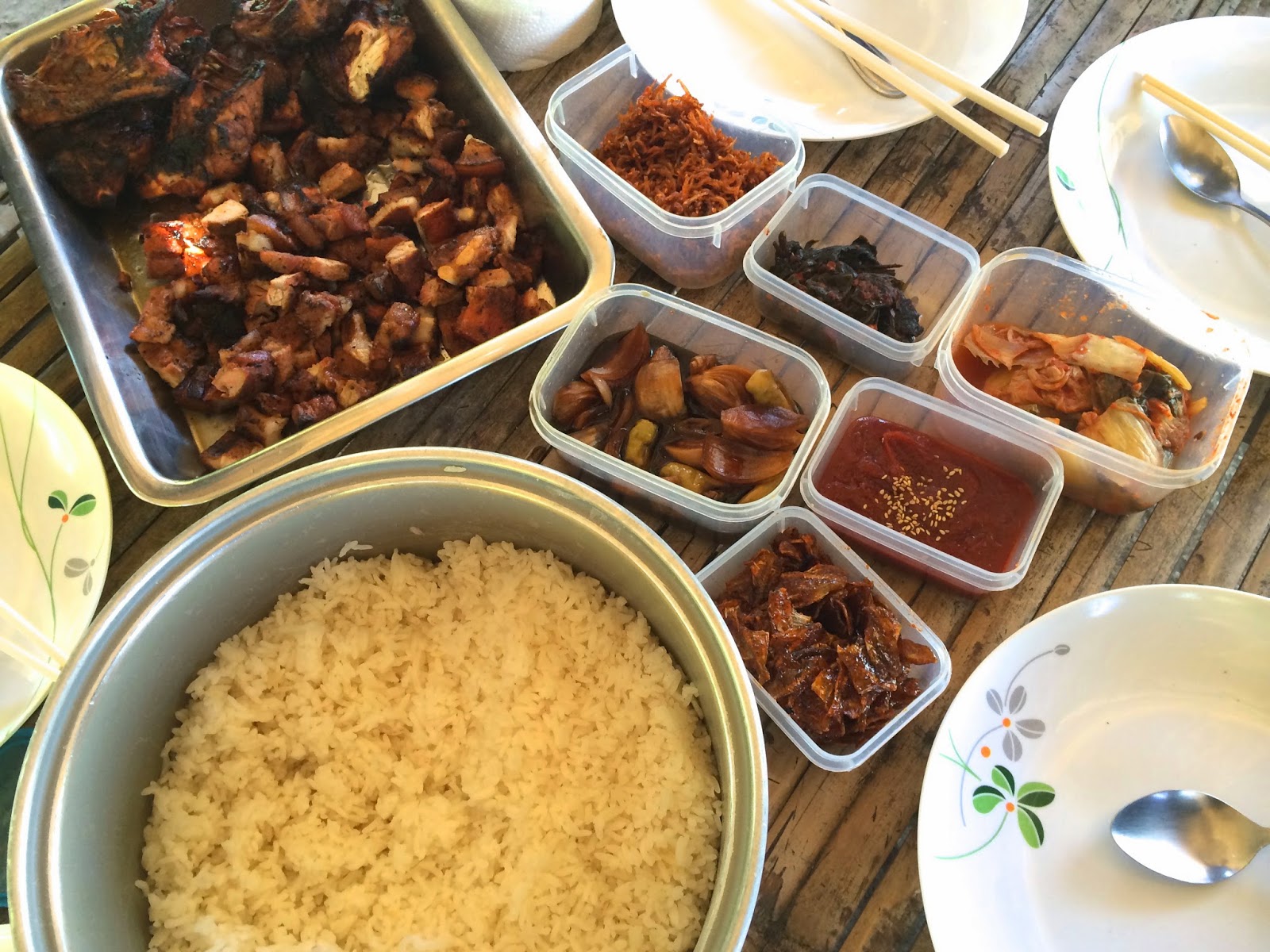 ASDC packs a thoroughly Korean spread; the barbecued chicken and pork bellies were excellent (3.25), though the sides were subpar... 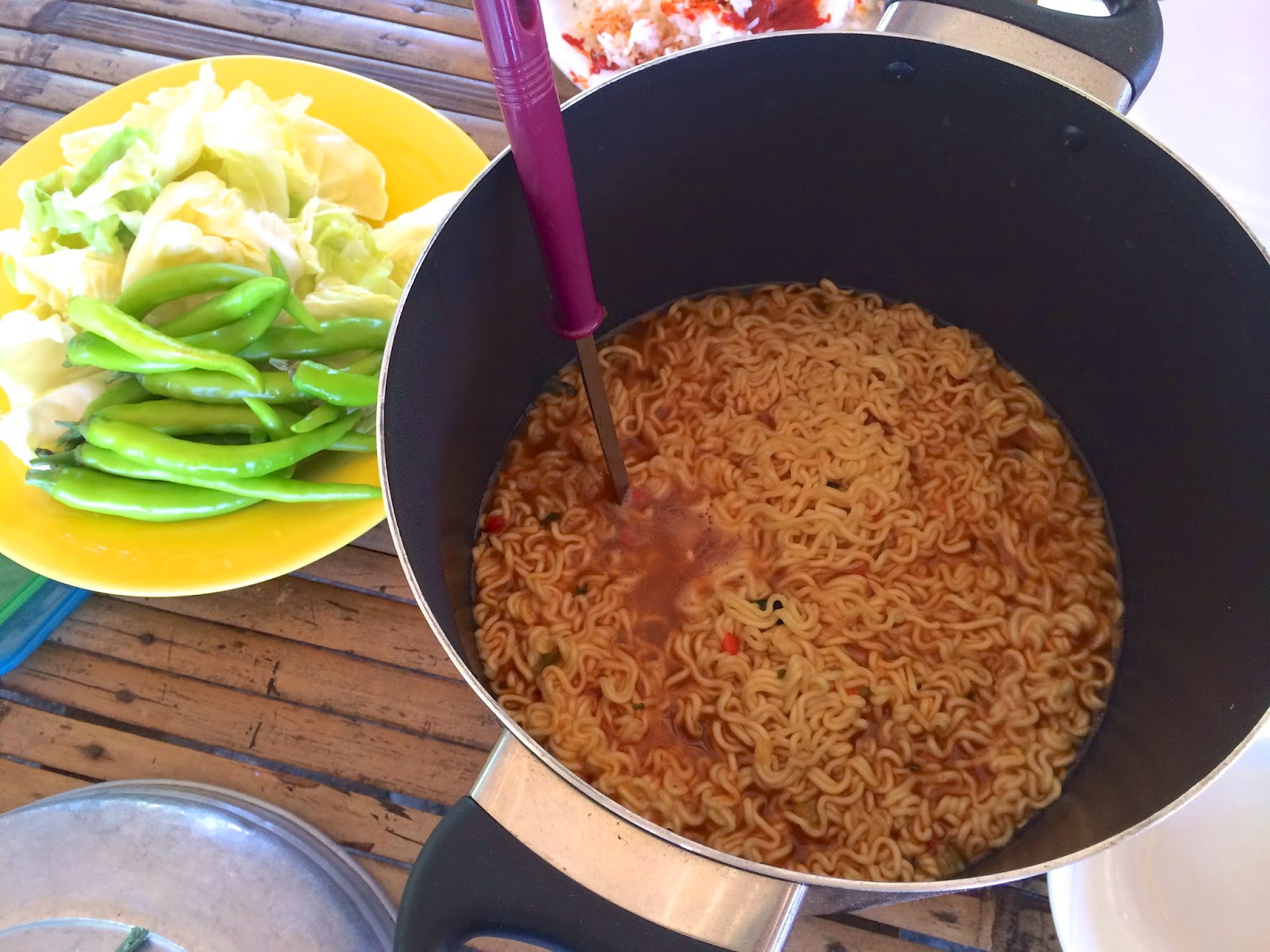 ...and the same ramyeon again for lunch wasn't so great... 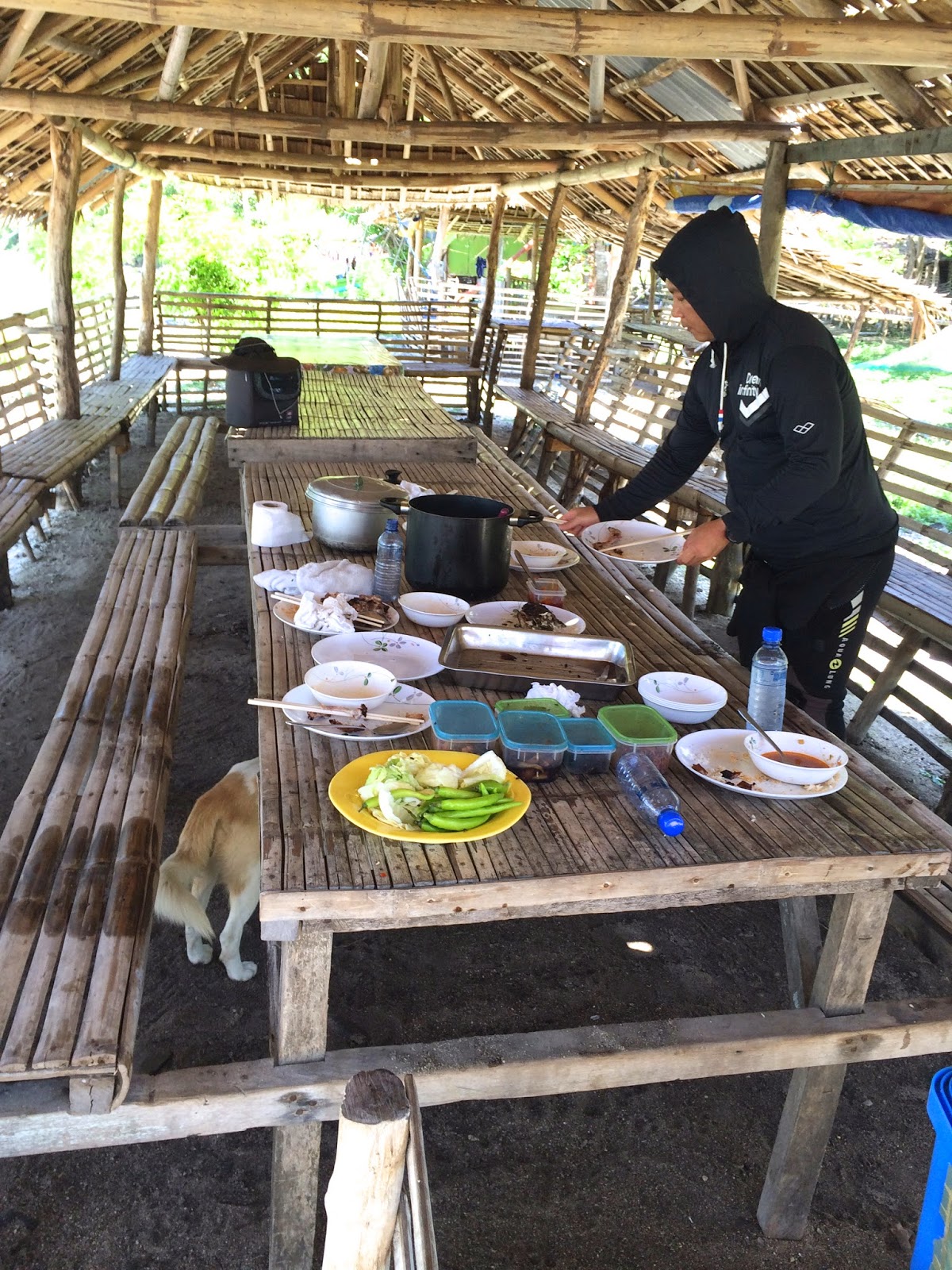 ...but everything tastes good after a dive, so we cleared the table. 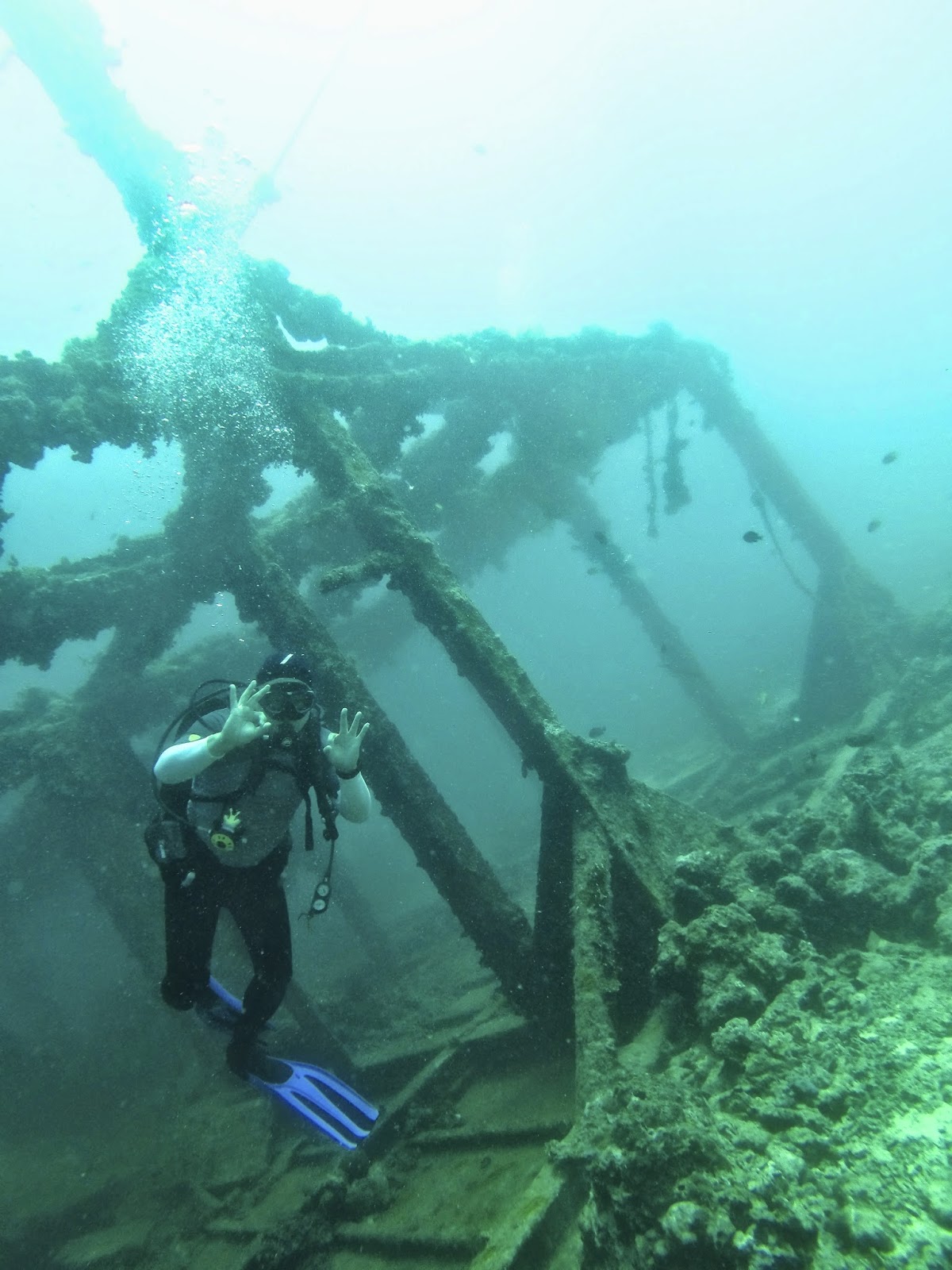 In the afternoon, a wreck dive at Dari-Laut, once a floating restaurant/casino that burned down in fire, allegedly set by the owner for insurance money. 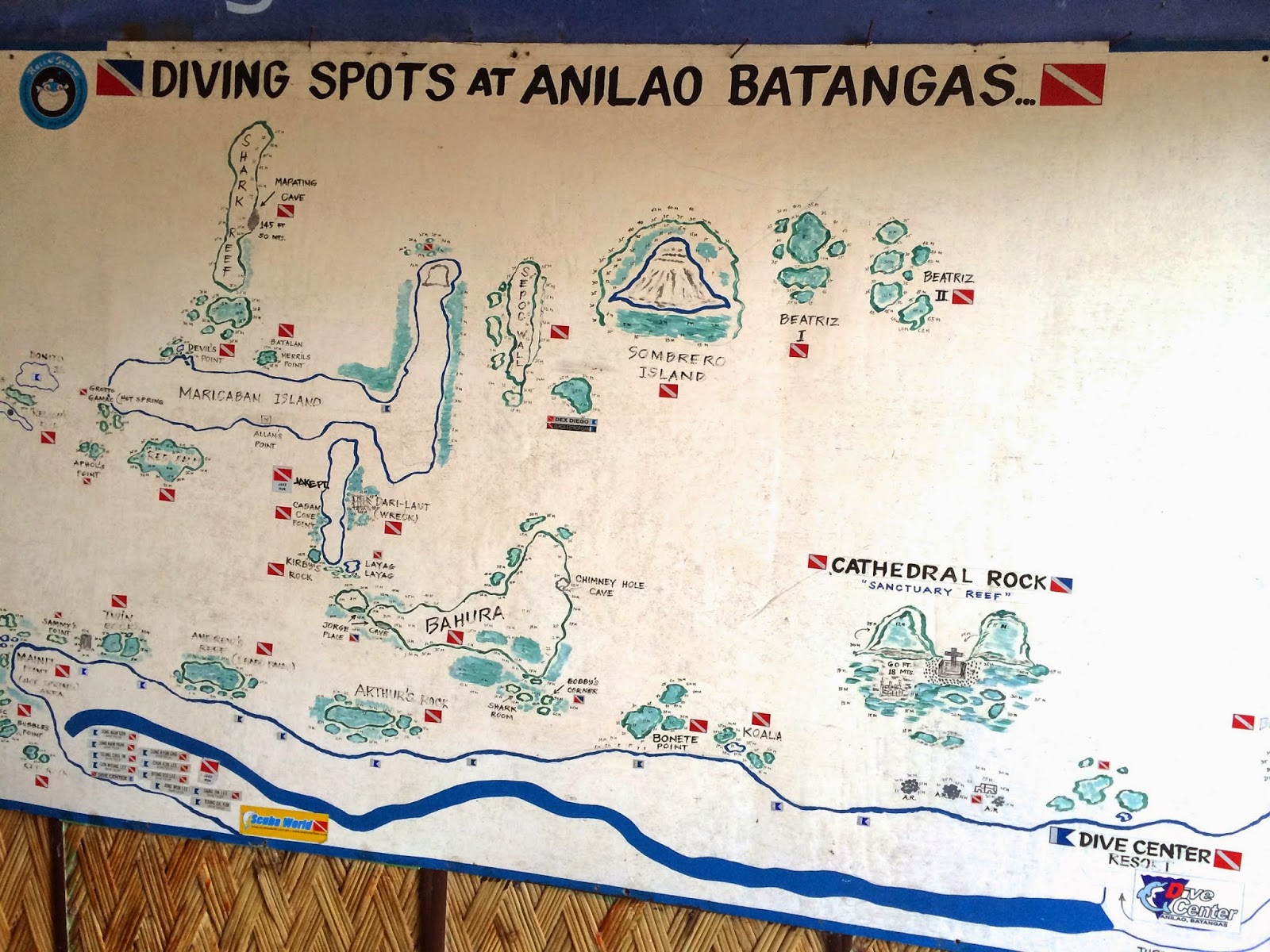 In the morning, we'd hit Beatriz I and II.

Bug Gyeong* is a Korean and Korean-Chinese restaurant.  Located on Adriatico, a couple blocks south of Robinons Place.  Serves both Korean dishes and dishes in the Korean-Chinese tradition, none of which has absolutely nothing to do with Beijing/Peking.  Serves soju.  Open 24 hours.  Moderately popular, never packed but never empty.

*"Bug Gyeong" is the official Korean transliteration of the Chinese characters for "north capital," otherwise more commonly known across the world as "Beijing" (Mandarin) or "Peking" (Cantonese). 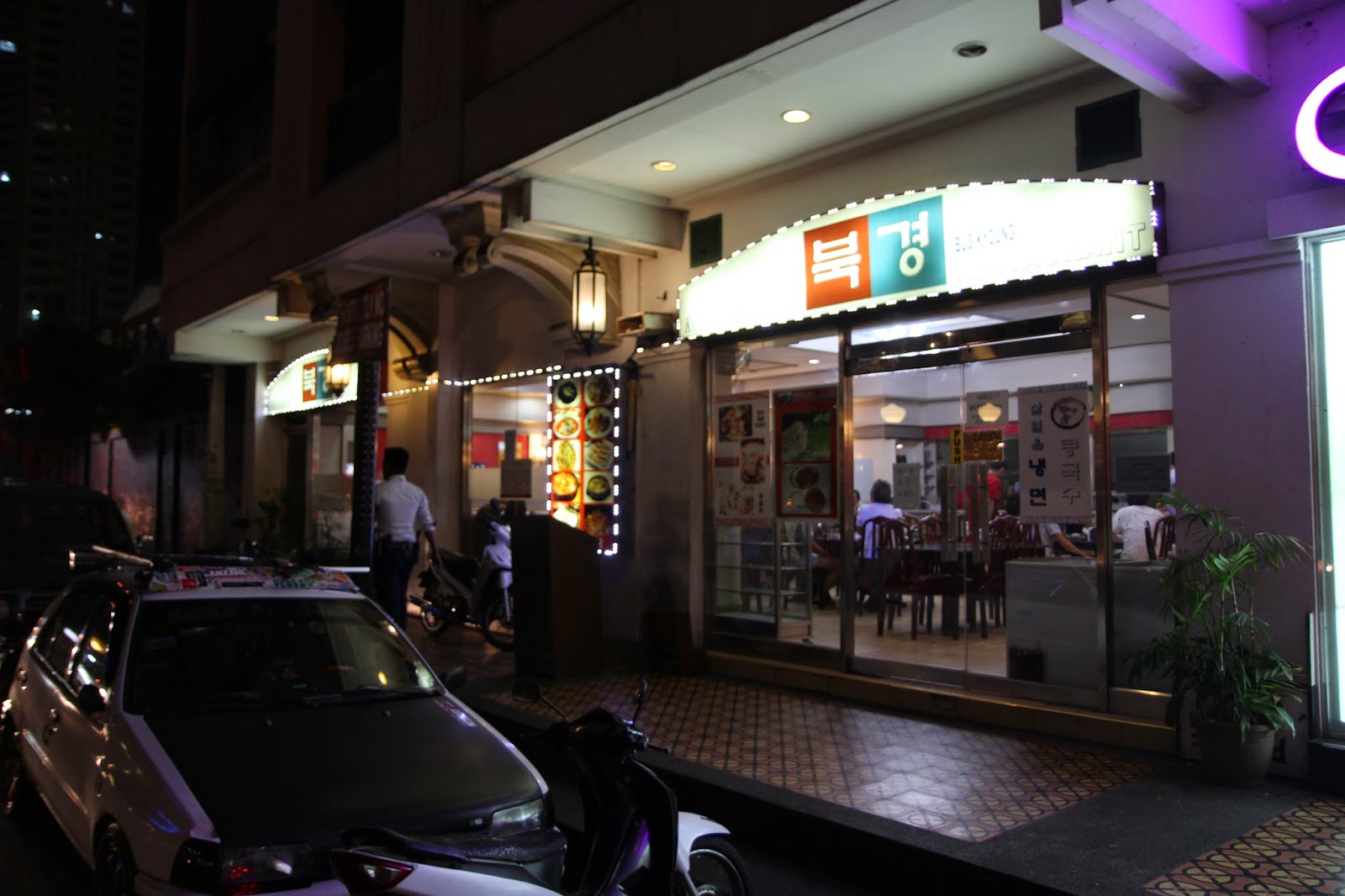 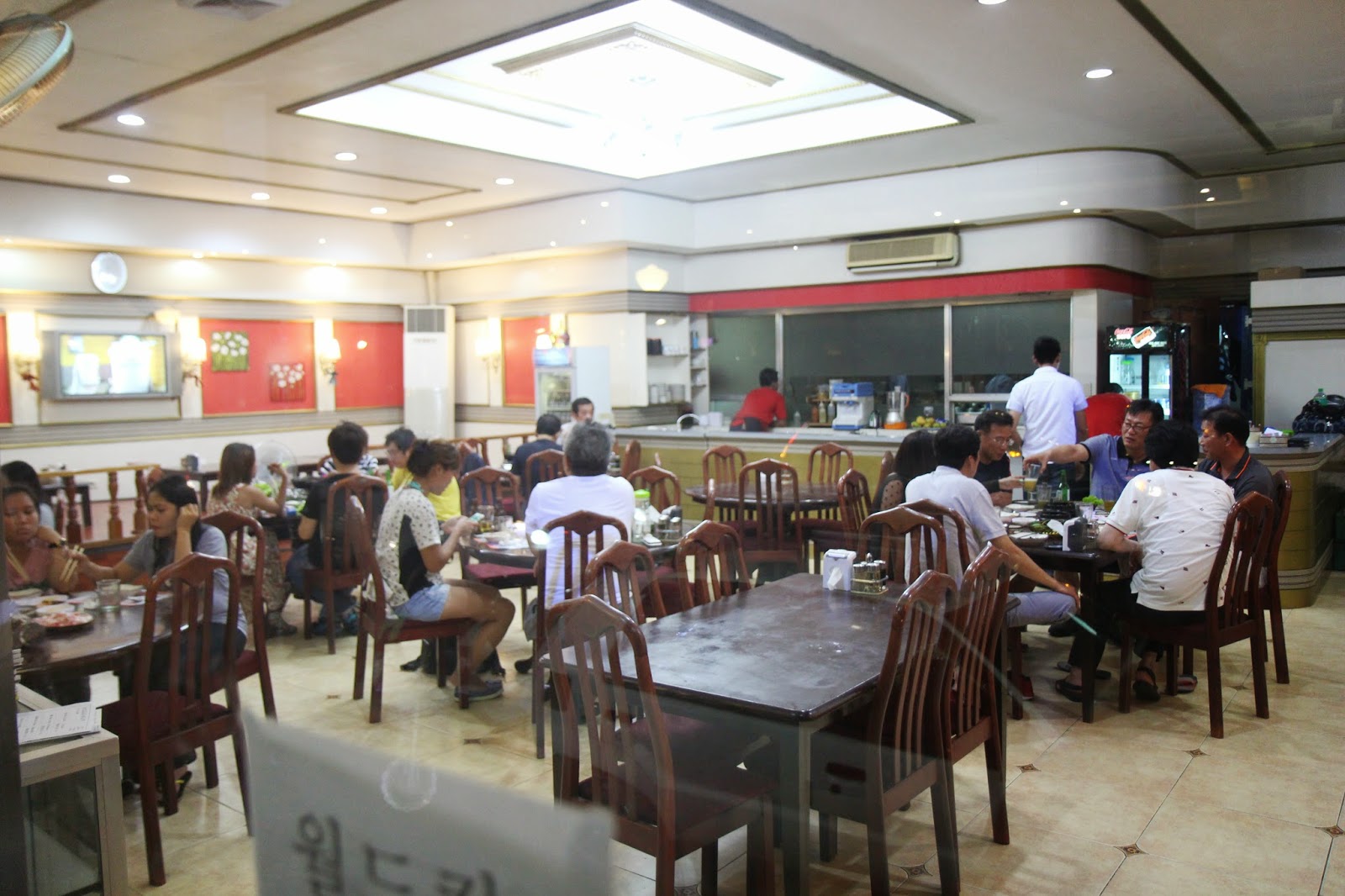 Upon our return, the plan had been to go somewhere nice for dinner, but JH suddenly fell ill, to the point of vomiting.  By the time that we managed to get him home, the rest of us were exhausted and settled for Bug Gyeong, which was nearby. 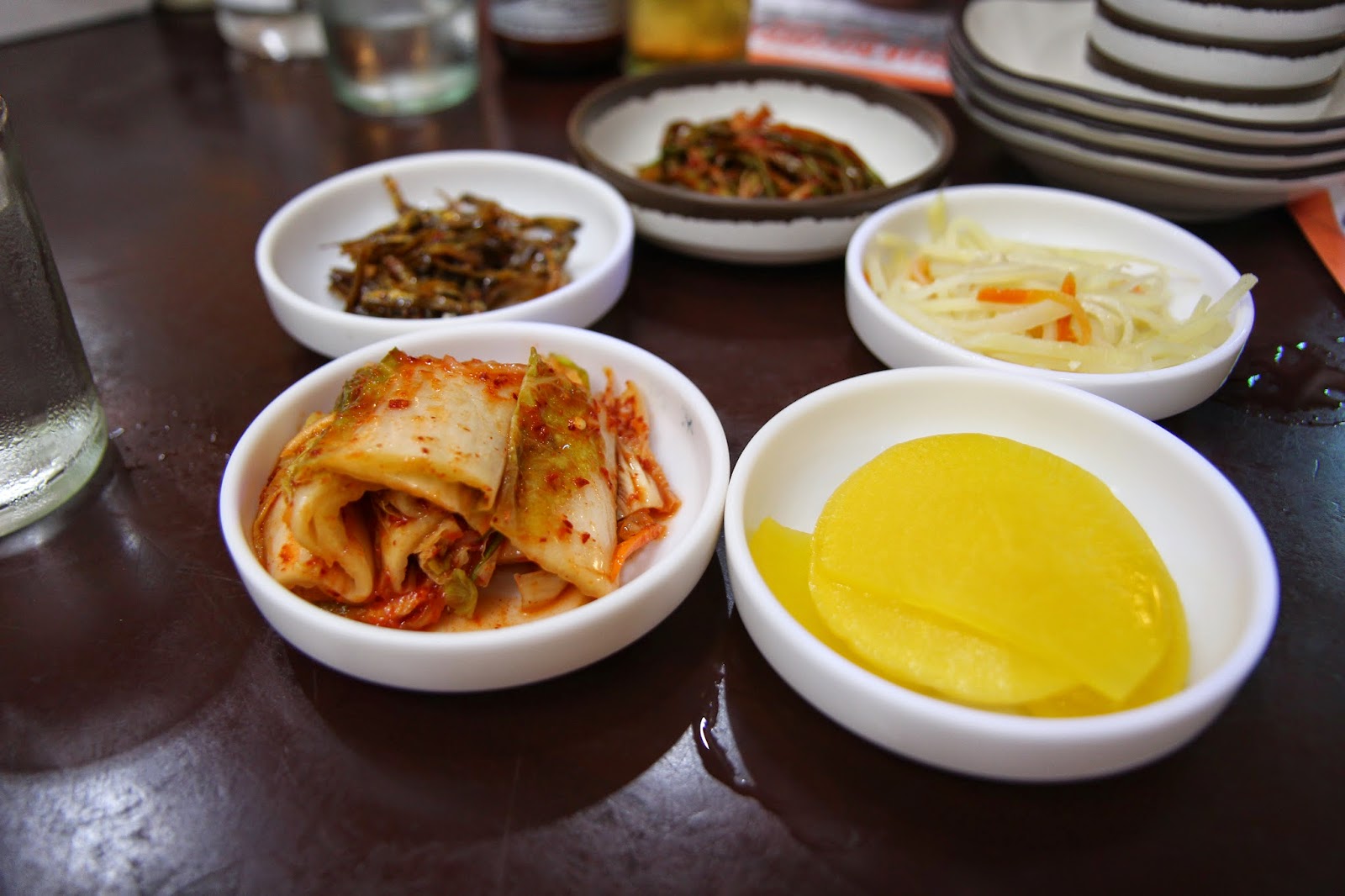 Korean and Korean-Chinese side dishes (1.5). 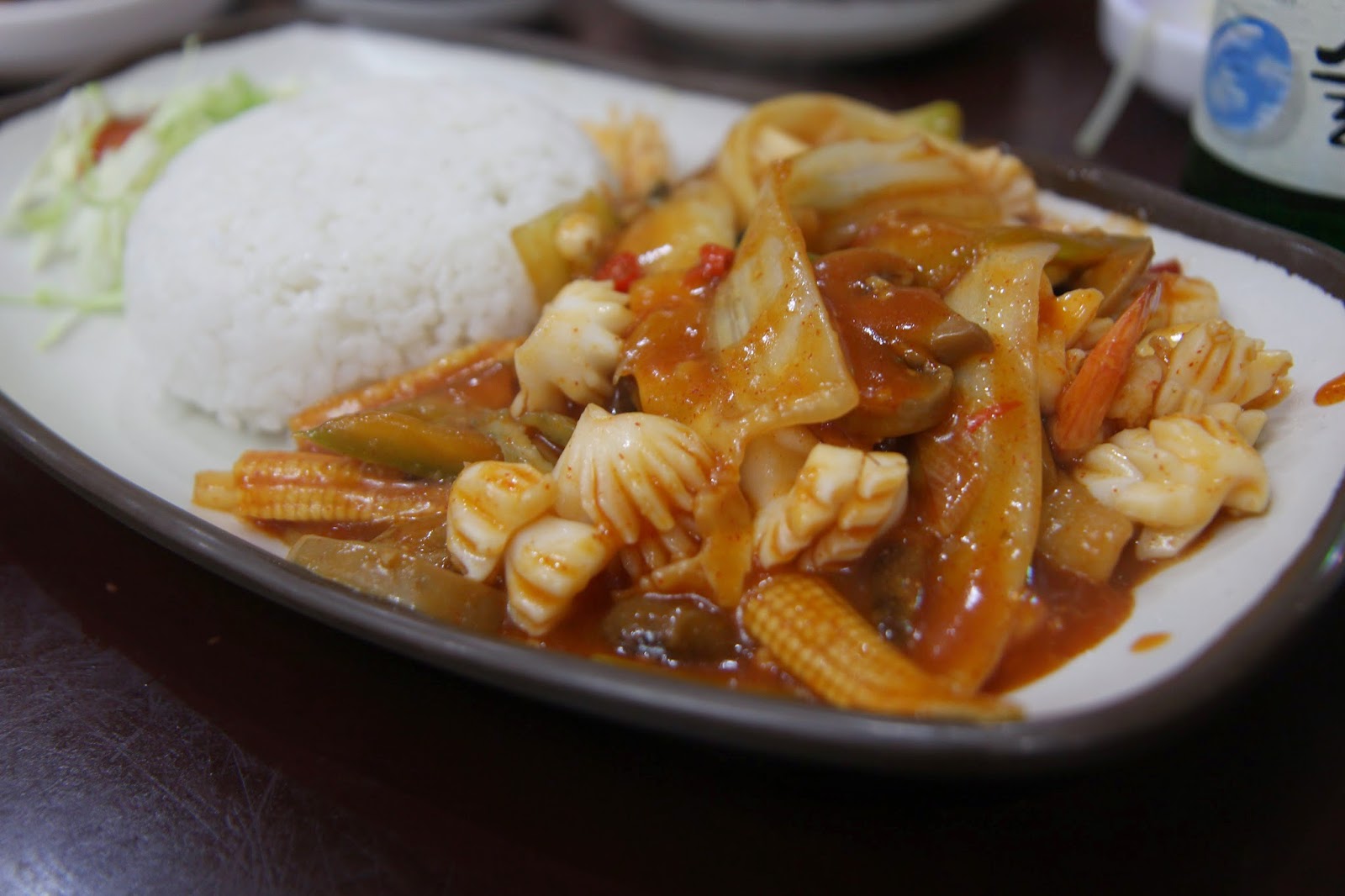 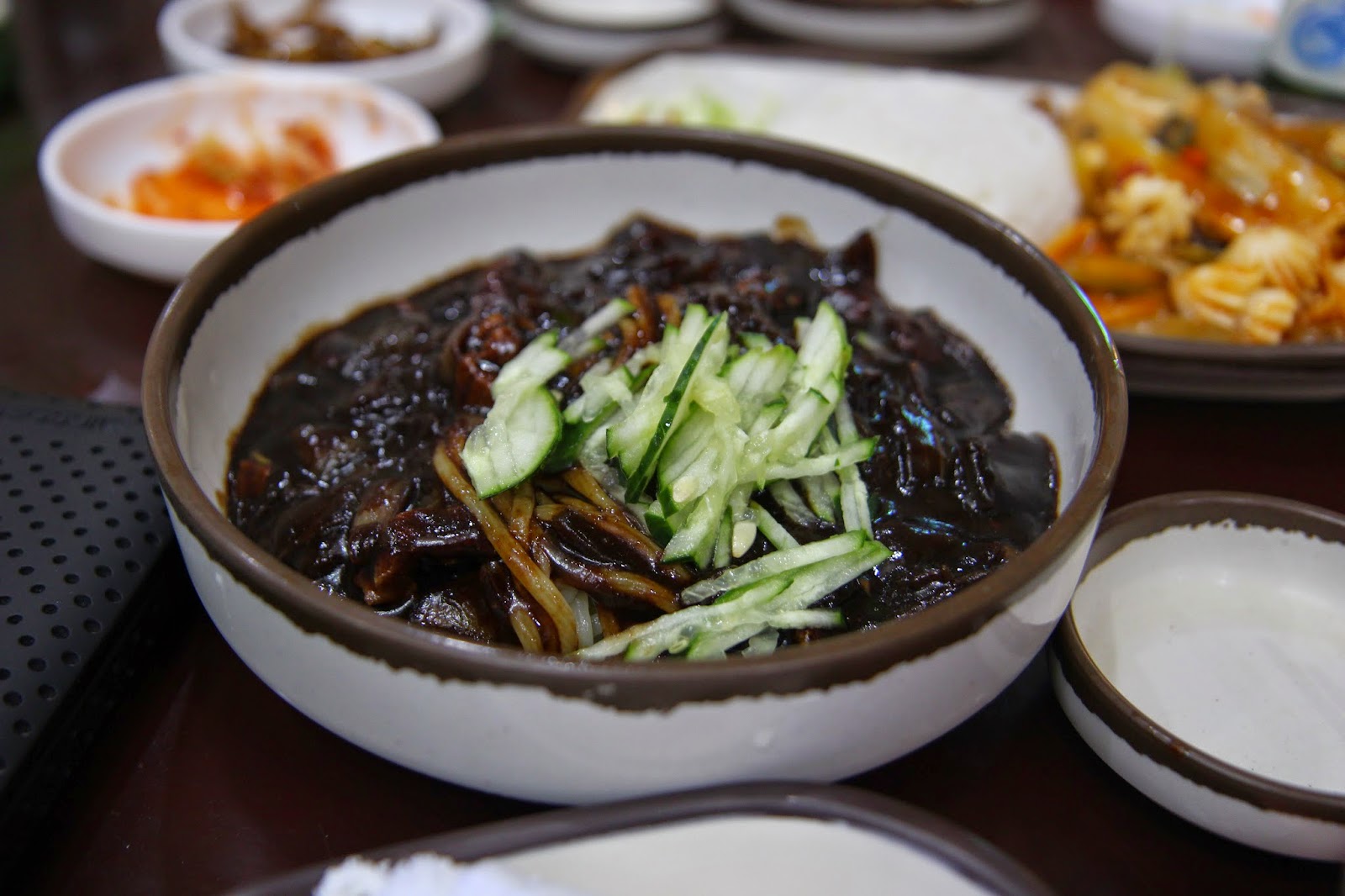 Jjajang Myeon (1.5)--sauce tasted a bit like something out of a package.

The food, blah overall.  The centerpiece gganpung gi was passable in flavor, but the pieces of deep-fried chicken were mushy in the sauce.  No problem, really, everything tastes good after a dive.

In fairness, this less-than-glowing review notwithstanding, Bug Gyeong is generally acceptable for a late-night post-prandial snack, which I've enjoyed a couple times during my time here.