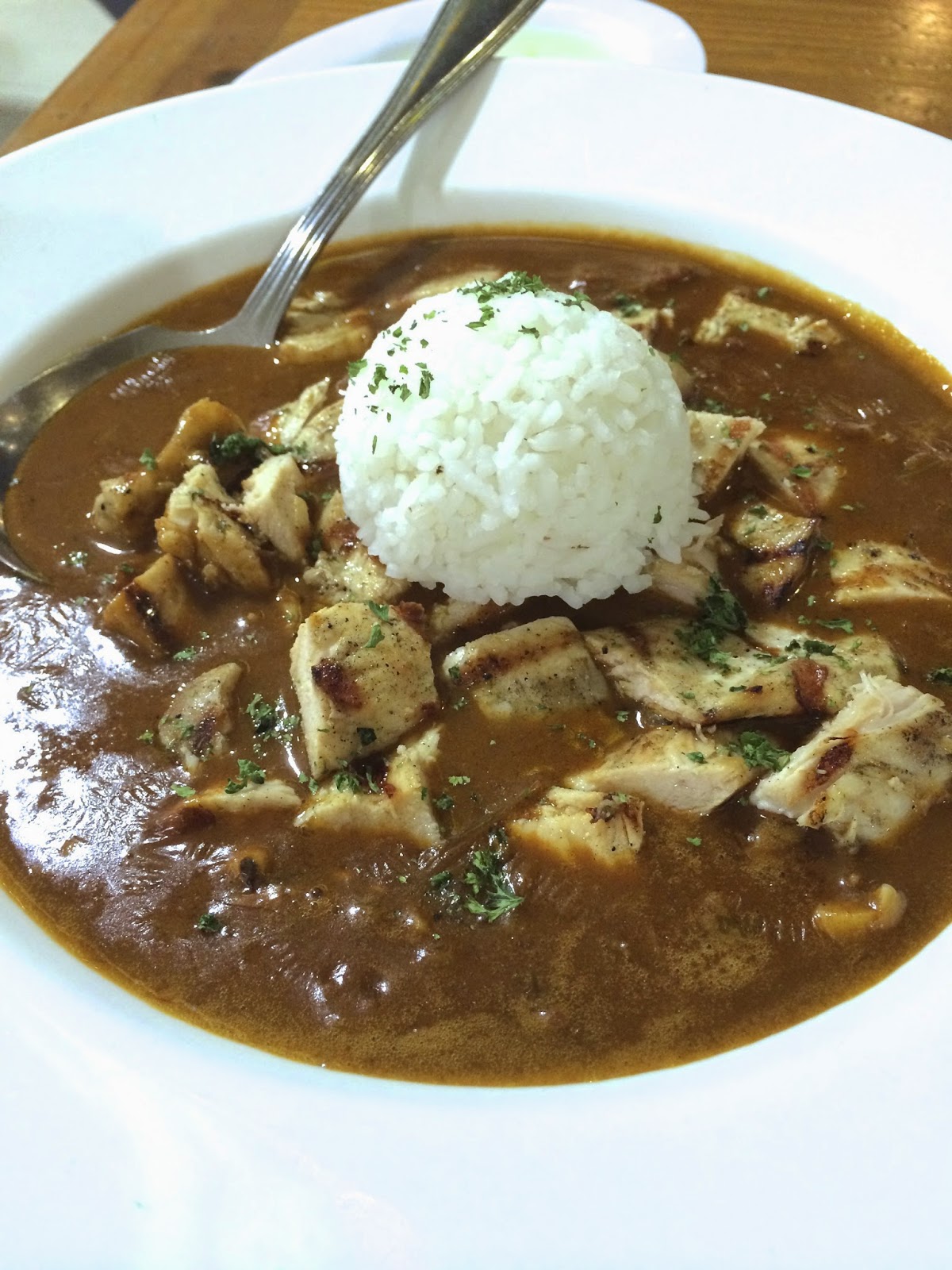 with J Gusman, A Way

TERRP (Try Every Restaurant in Robinsons Place), Phase 3.  In Manila since January, here through October under the current contract, living above Robinsons Place, I've been eating my way through the mall.  As far as I know, nobody has ever done anything like this, my unique contribution to the city's food/blog scene.  I did all the restaurants on the 1st floor (currently 36, down from the initial 40) and the 2nd floor (currently 7, down from the initial 14).  Now, I'm on to the restaurants on the 3rd floor (currently 28, 2 of which were already covered during Phase 1).  Then, once Phase 3 is complete, time permitting, the 4th floor.  Henceforth, however, I'll take them as they come, no more pushing the agenda; if I don't finish, no big deal. 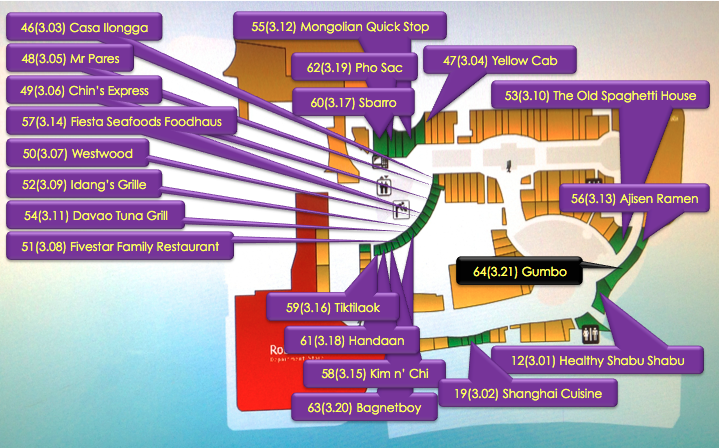 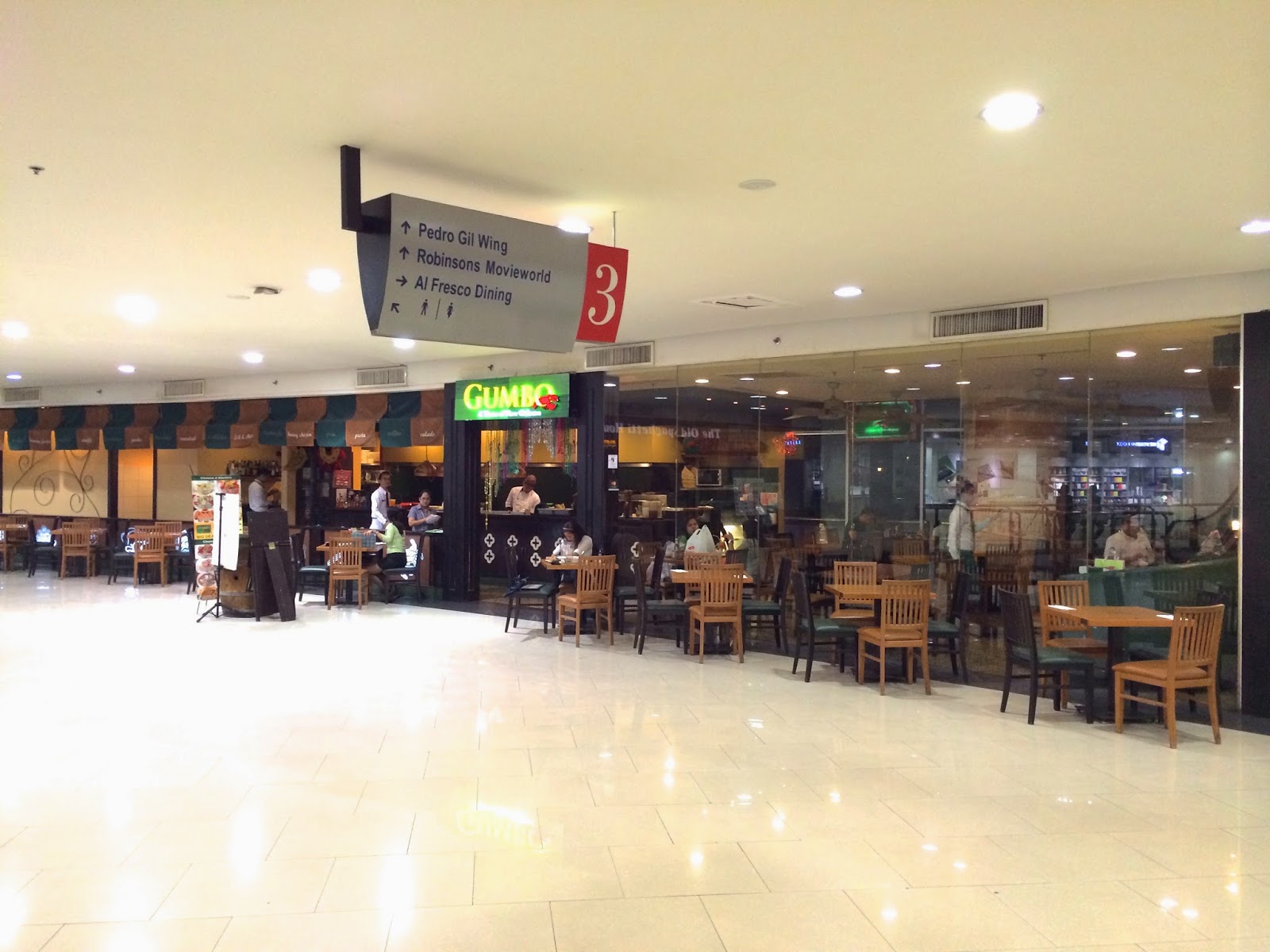 Gumbo is an American stew.  From Louisiana, of Cajun and/or Creole origin.  Consists of either chicken or mixed shellfish, with aromatics--i.e., the Holy Trinity of onions, bell peppers, celery, garlic (yes, I know that's 4 ingredients, which is what makes the trio so holy)--in a thickened stock--e.g., roux, okra, or filé (ground sassafras).  The name of the dish is believed to be derived from "quingombo"--the Bantu word for okra--or "kombo"--the Choctaw word for sassafras. 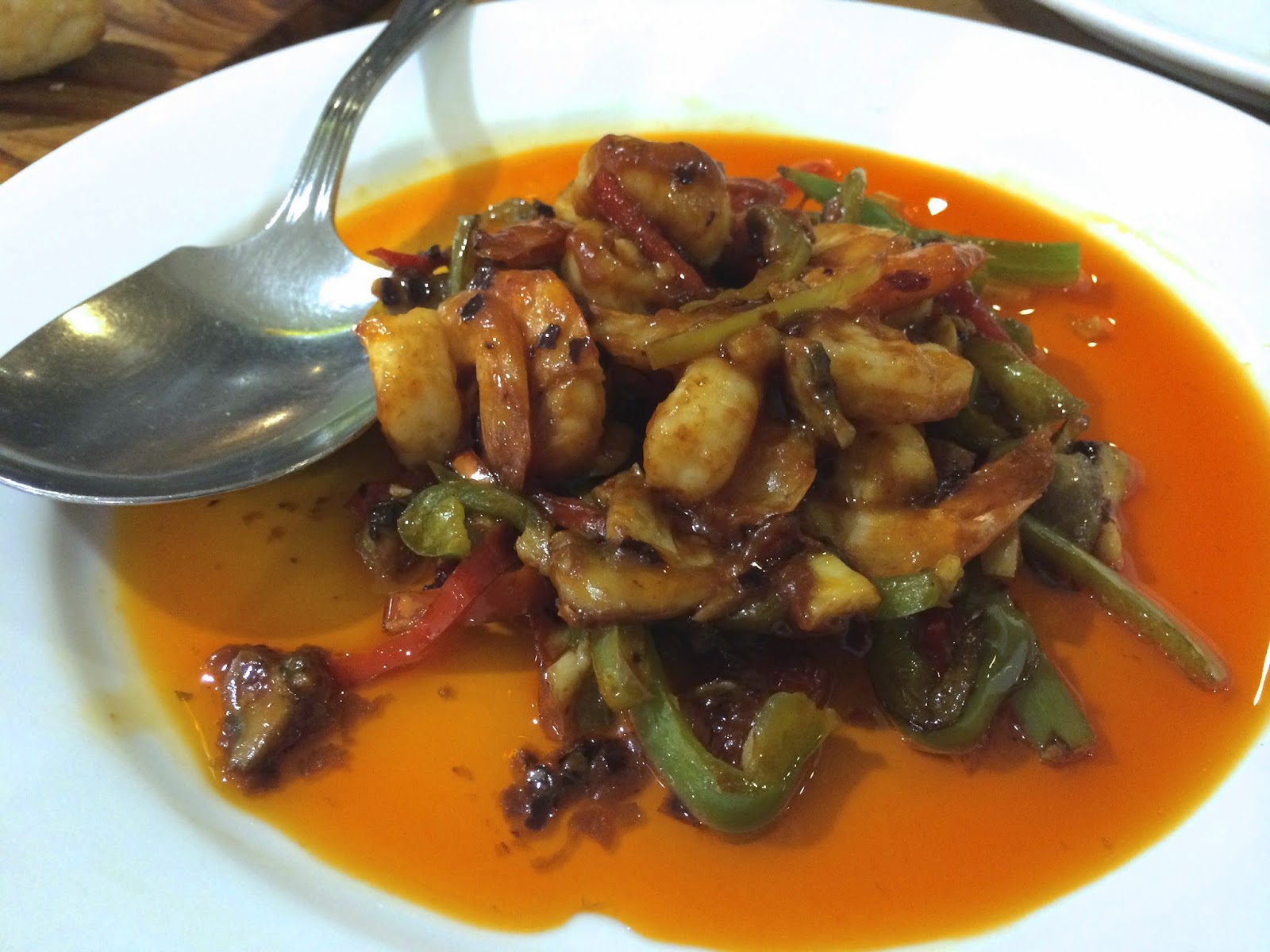 
Gumbo is an American restaurant chain.  5 locations scattered around Metro Manila, of course all in malls.  Specializes in Cajun/Creole cuisine, including gumbo and jambalaya, as well as more mainstream fare.

The food was okay.  Surprisingly, this was my first experience with gumbo, so I have no frame of reference, but the one here seemed tasty enough, like chicken in gravy, a bit spicy.  Served with rice--"as a garnish," according to the server--demonstrates how crazy Filipinos are about rice.  I might go back to try the jambalaya. 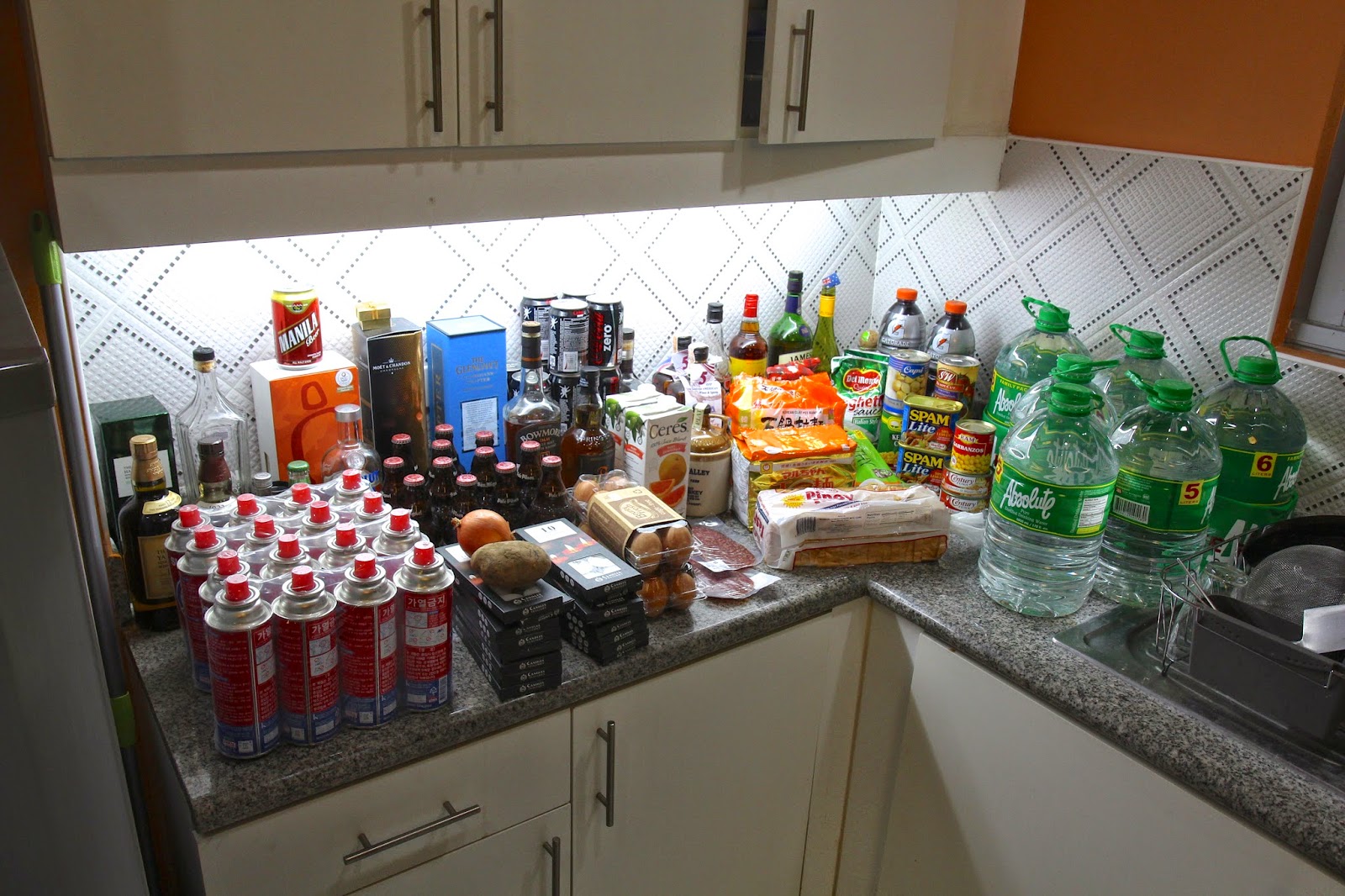 With Typhoon Glenda projected to hit Manila sometime around dawn, in which case the streets will flood and the water/power will crash, I stocked up on the essentials, enough to last a couple weeks, though maybe I should've acquired more bourbon.  Bring on the zombies.