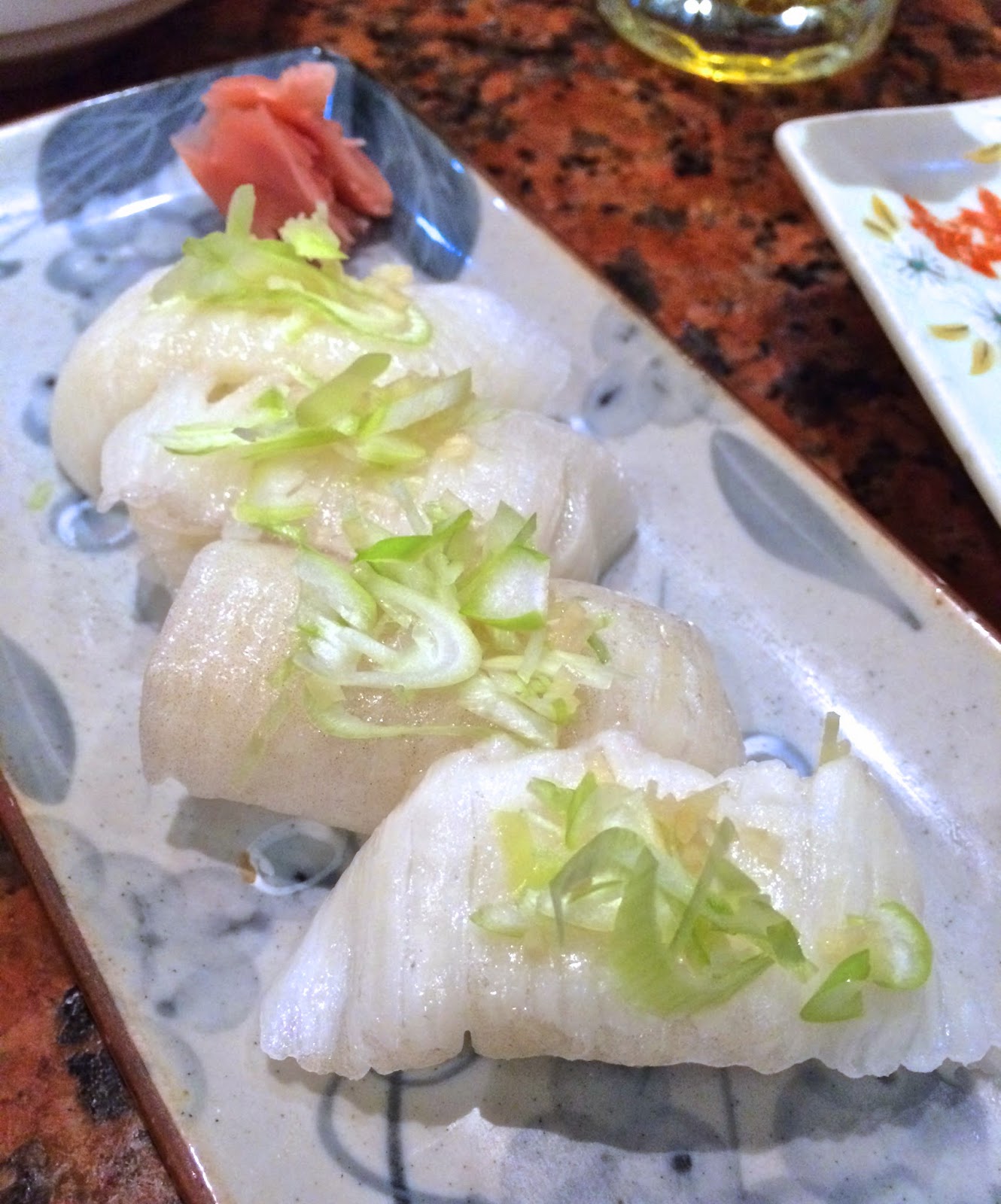 with J Gusman, A Way


Kushimasa is a Japanese restaurant.  Located in Ermita, on the corner of Pedor Gil and Mabini, a block west of Robinsons Place.  Mainstream fare, from sushi/sashimi to teriyaki/teppanyaki.  Reputedly, a favorite among Japanese expats/tourists.

Typhoon Glenda did hit Manila this morning, though the damage was thankfully far less than anticipated.  Mostly winds, some downed power lines and damaged tree, very little rain, no flooding.  Nevertheless, the latest reports estimate around 100 dead, 630 injured, and 250,000 USD in damages.  From my lofty perch on the 34th floor, however, the storm hadn't seemed all that destructive at the time, please forgive me.  Around 0600, the power conked out; fortunately, the emergency generators kicked in to provide enough juice for each unit to run the refrigerator (I guess they're all connected to the same line) and a single electrical socket; so, the worst part of the storm for me was that--stuck at home, the office being closed, I had to make do without A/C all day. 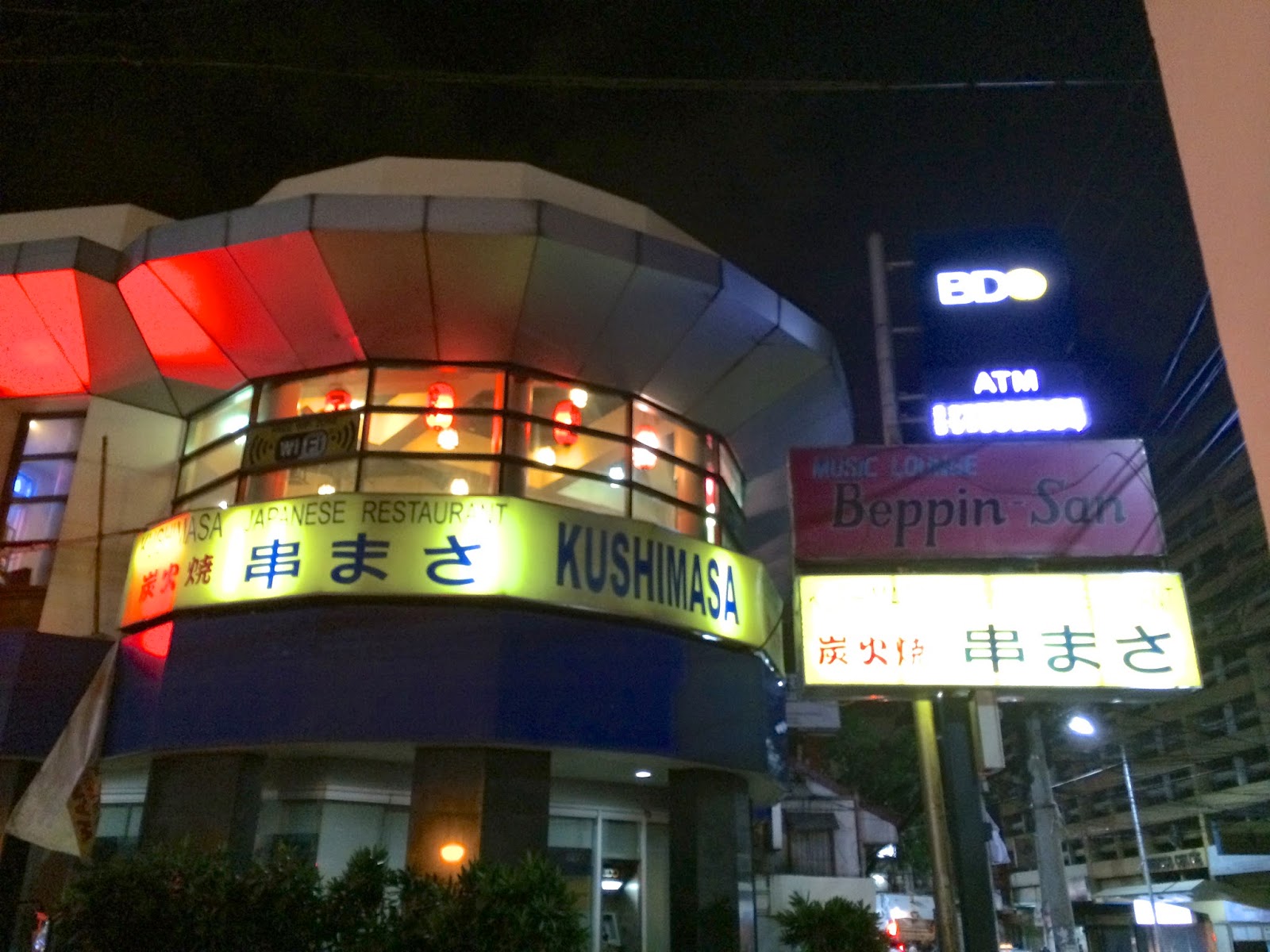 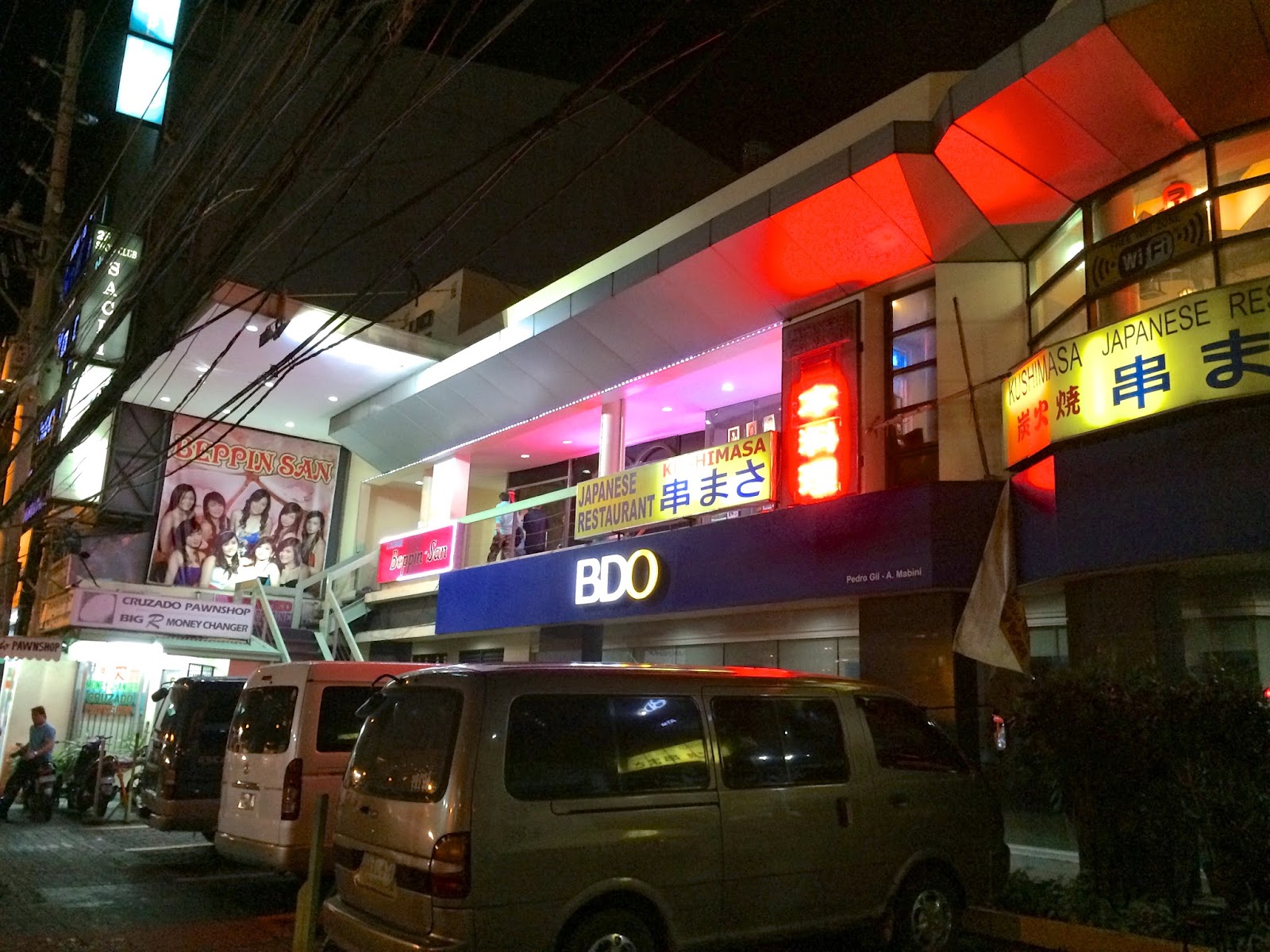 On the balcony, a bevy of ladies from girly bar Beppin San next door usually can be seen hanging out and beckoning to potential customers on the street; even better, several ladies are stationed inside the restaurant itself during happy hour, just standing there like living mannequins, sorta point-of-sale marketing, which is why Andy and Johanna called me out, apparently; forgot to take photos, and the ones on the balcony had all gone inside to practice their trade by the time that I left the restaurant. 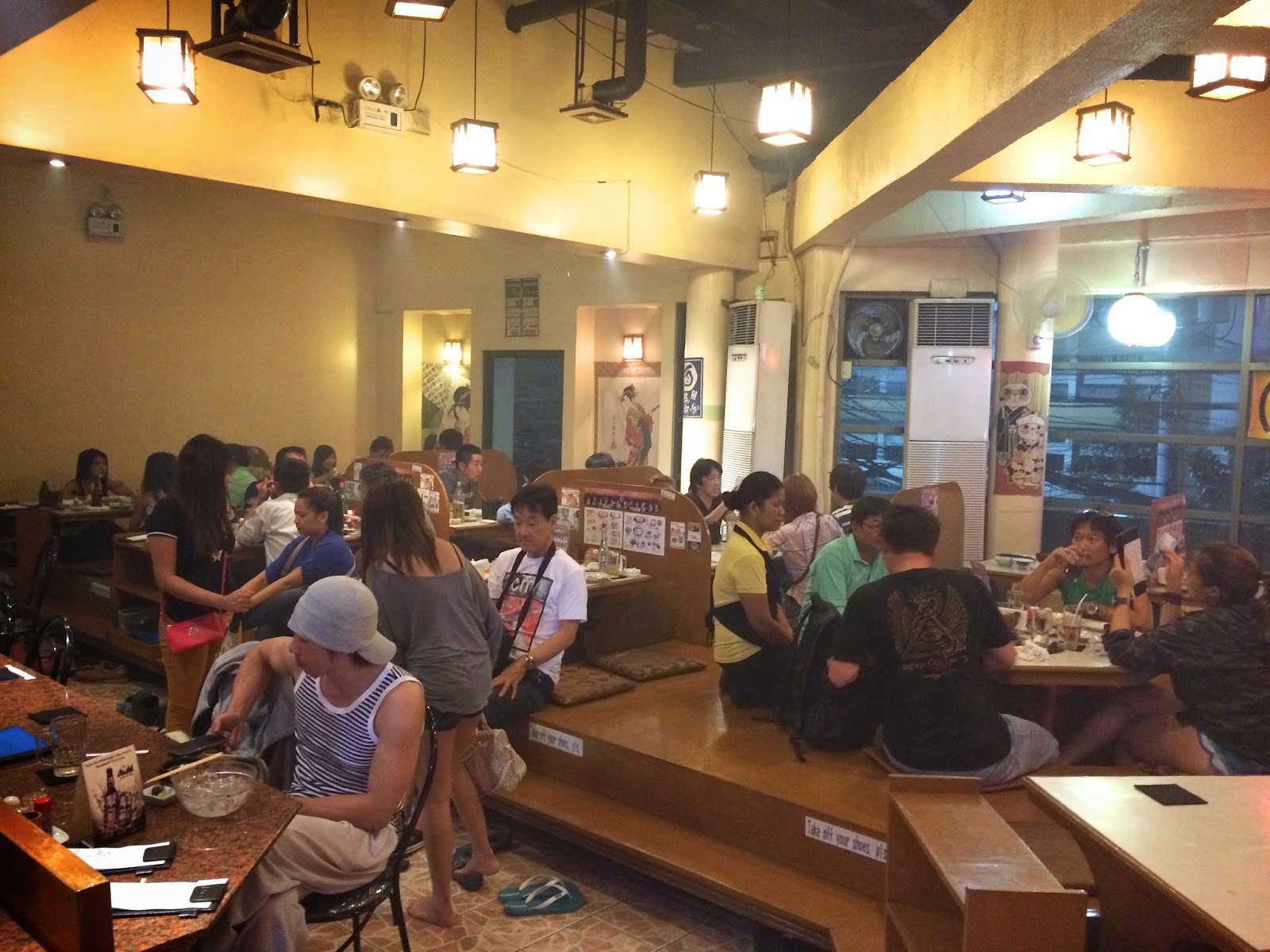 Packed, whether because of popularity or because it was one of the only open places in the neighborhood, I don't know.


Fortunately, I didn't need to use the zombie apocalypse supplies that I had stockpiled (see generally 5.191 Gumbo...).  At least I'll have the bare necessities for the foreseeable future. The food was rather disappointing, given the establishment's reputation.  I arrived a bit late, after all the cooked food had been consumed.  That left the sushi and sashimi, which was reasonably fresh--a relative term in Manila, meaning that it wasn't fishy--but otherwise flavorless.  The so-called "engawa,"--impossible to be flavorless, given all the fat--makes me suspect that some impostor fish had been substituted instead.  Nevertheless, I'm willing to go back for another shot, if only for the collateral benefits.