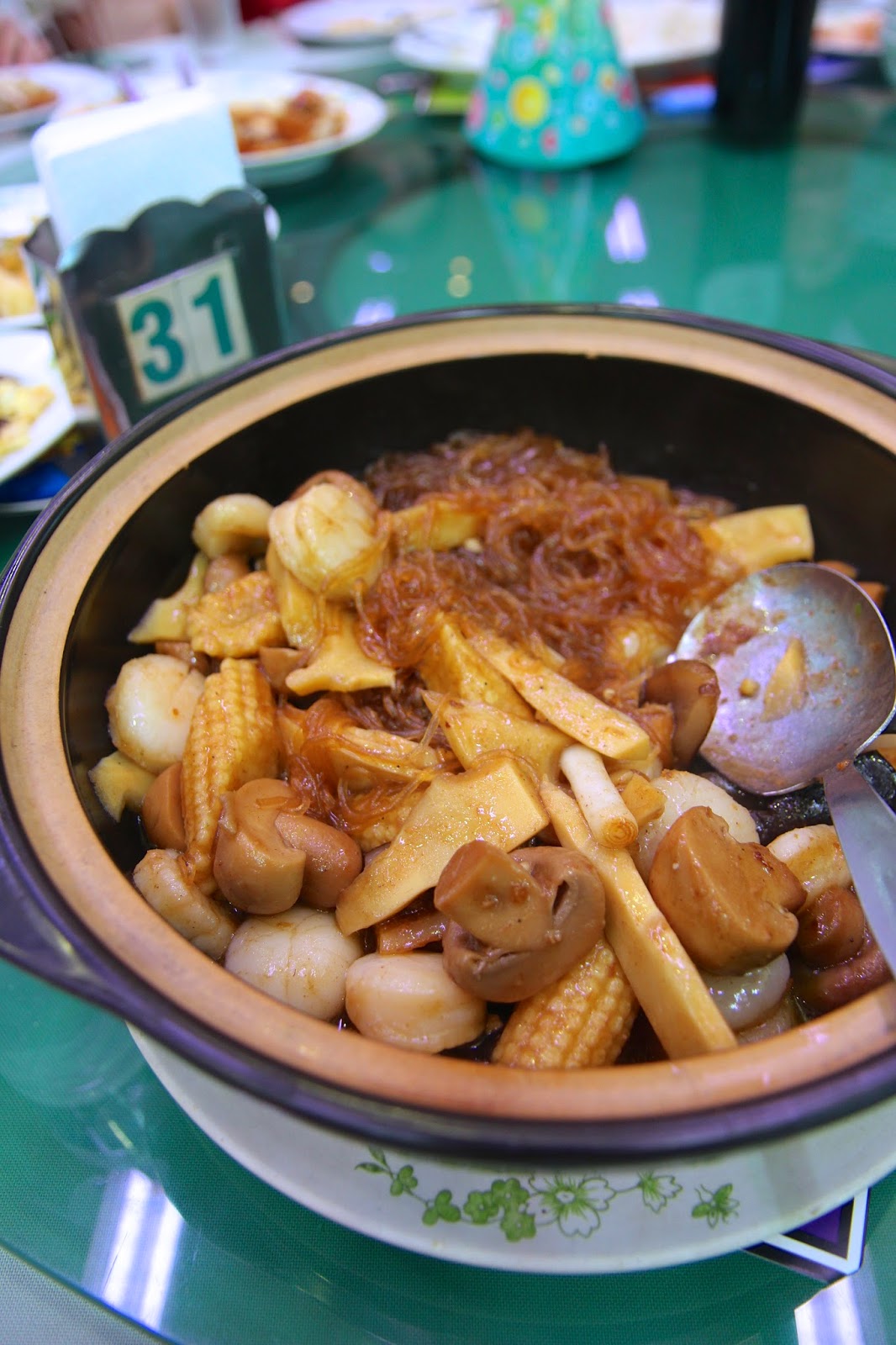 
The occasion was Carmen's birthday.

I'd taken it upon myself to organize the event, not only because she's so great but also as a sign of gratitude for the dinners at her home that I've been invited to (see most recently 5.151 Calamares al Ajillo).  I also did the ordering based on my experiences at this restaurant, where the Korean WHO staff often host large group dinners for guests from out-of-town (see generally 4.263 Parros Clams in Spicy Black Bean Sauce...). 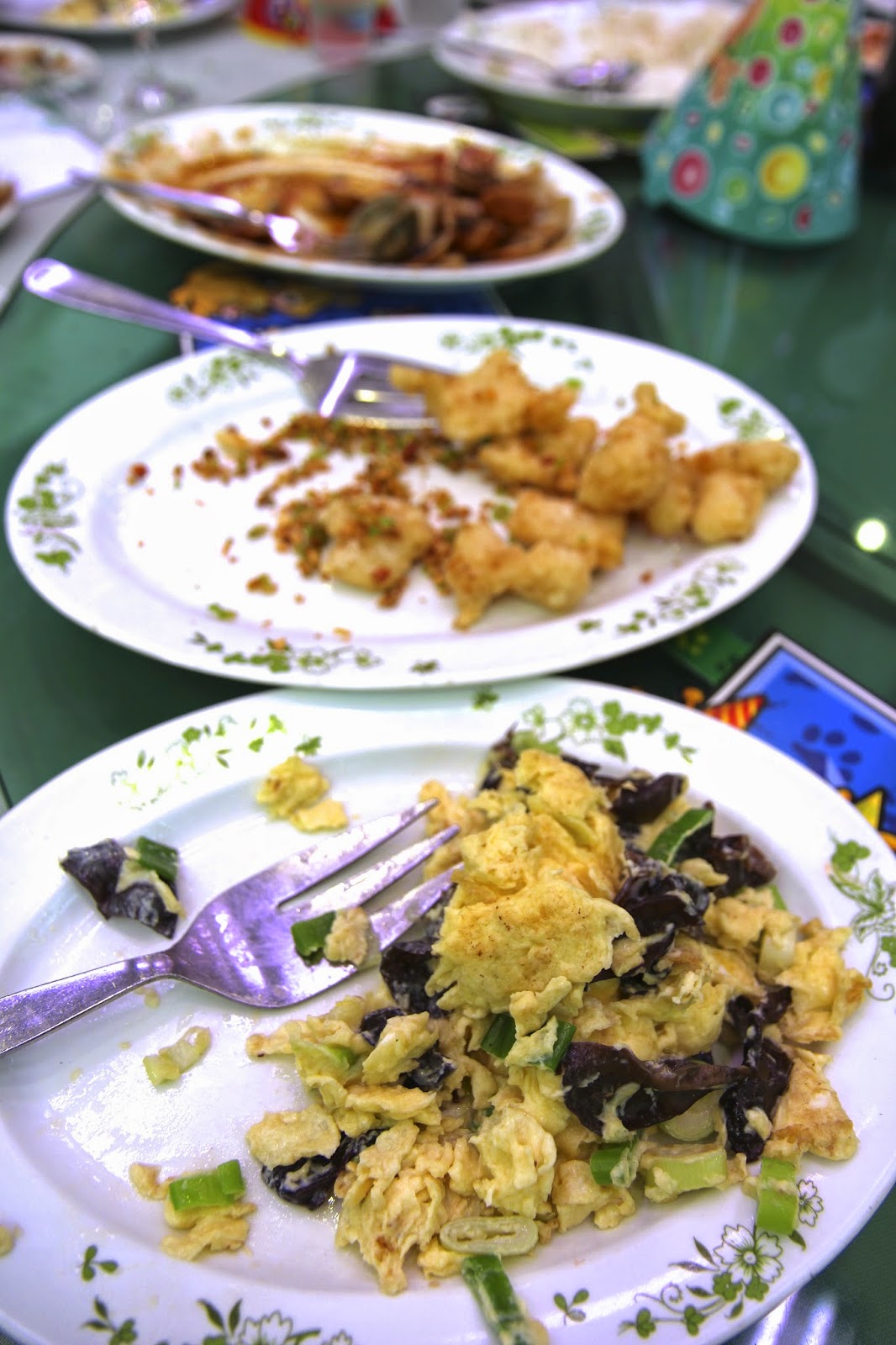 The improvisation led to some new dishes, including this egg & woodear mushroom omelet (3.0), which may enter the permanent rotation.


The food was generally pretty good, as it usually is.  This evening, however, the restaurant had an unexpected convergence of multiple large groups, depleting most of the fresh items by the time that we arrived, leaving us to improvise with whatever was left.  But everyone seemed happy in the end. 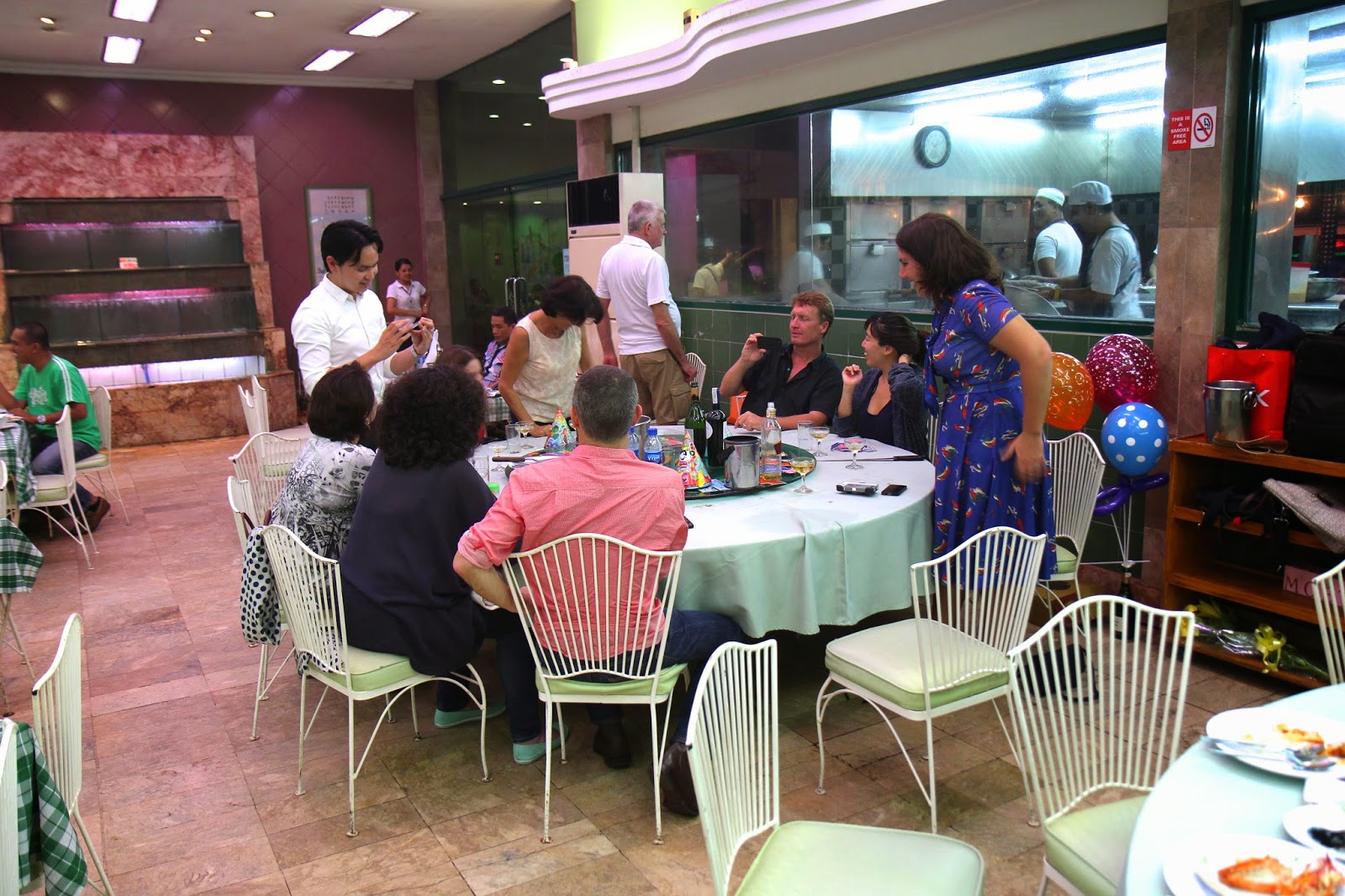 The overflow of customers also meant that we were unable to secure a private room; as can be seen in the back, the tanks are completely empty, though usually brimming with lobsters. 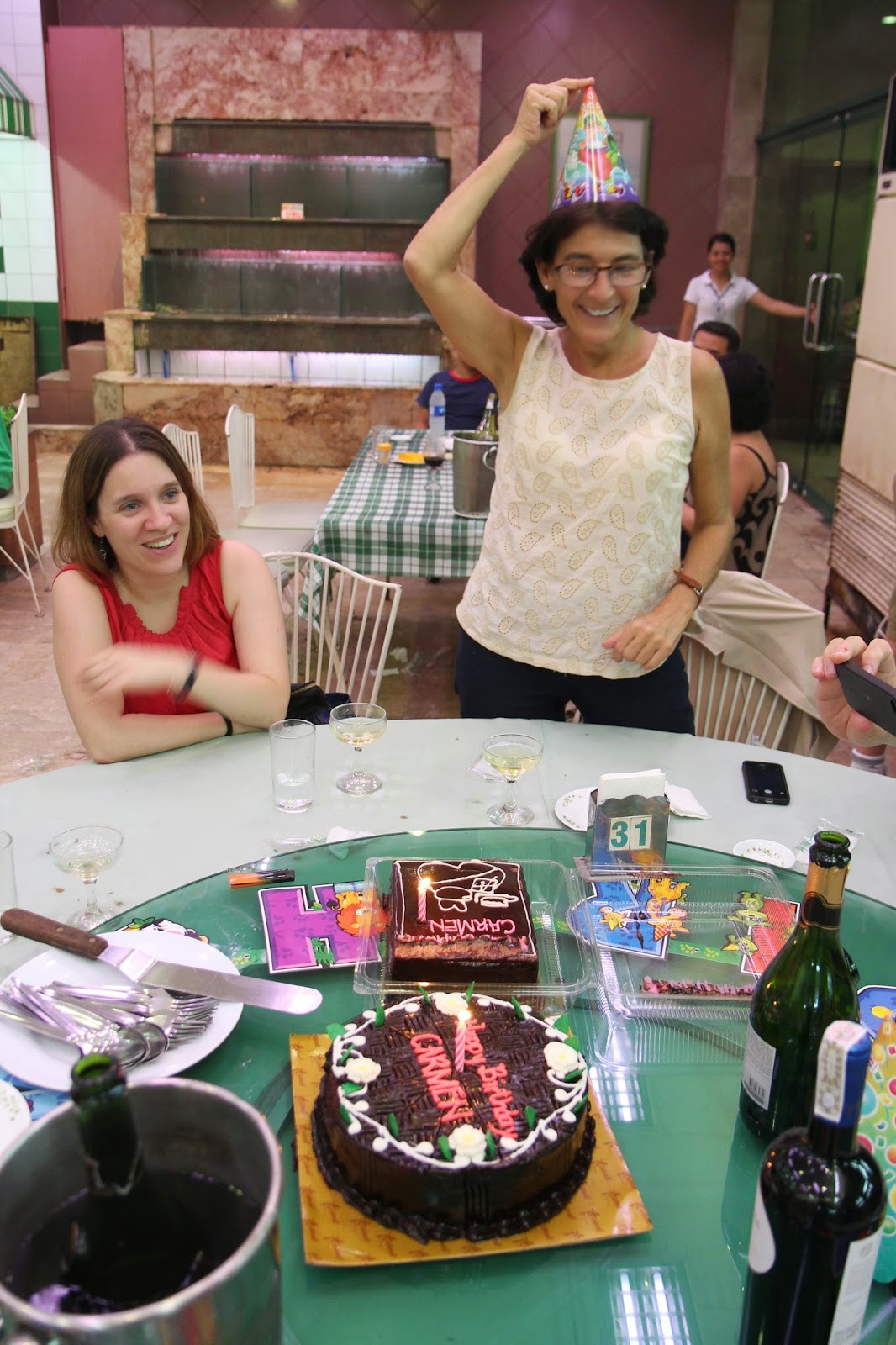 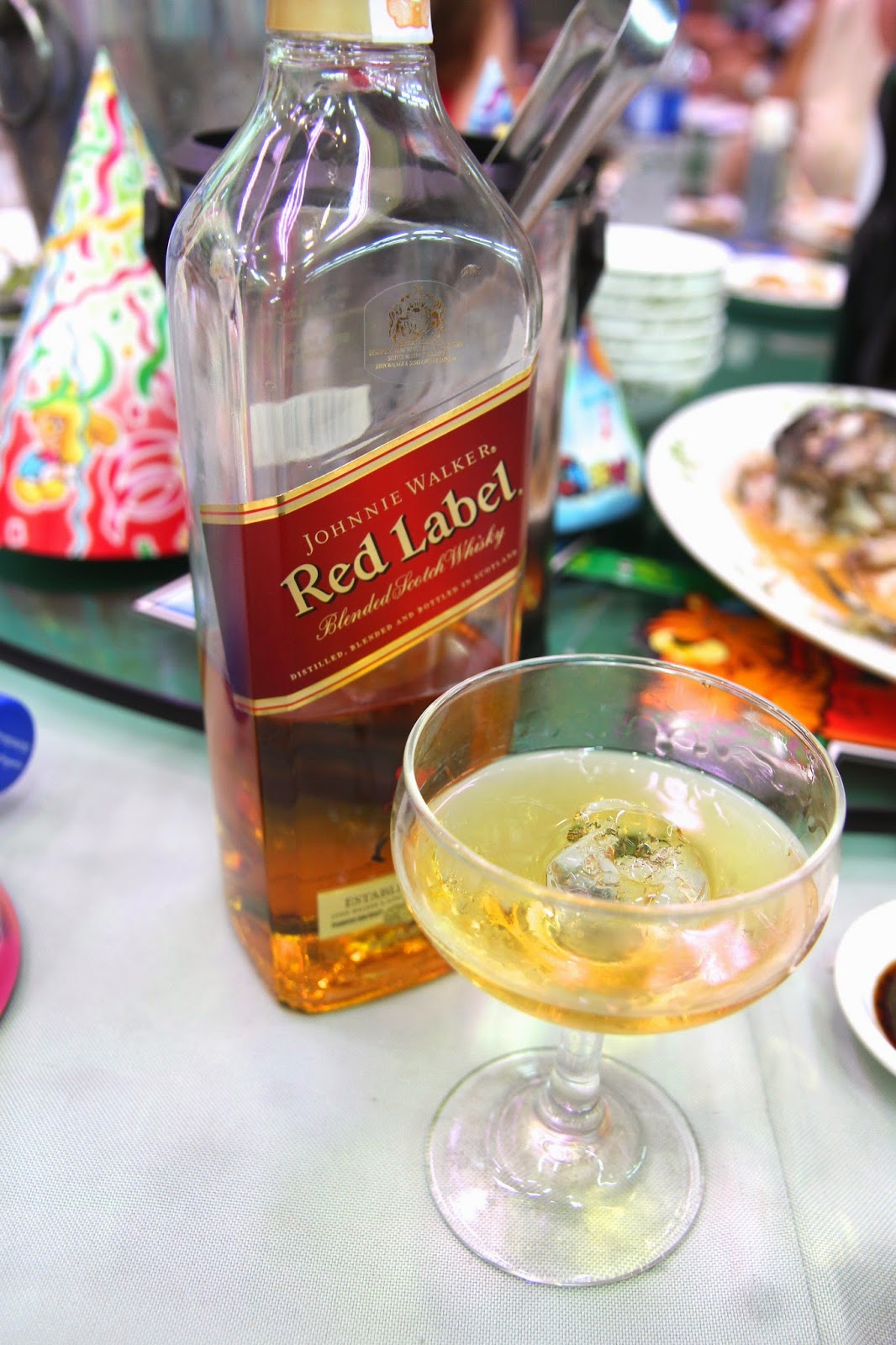