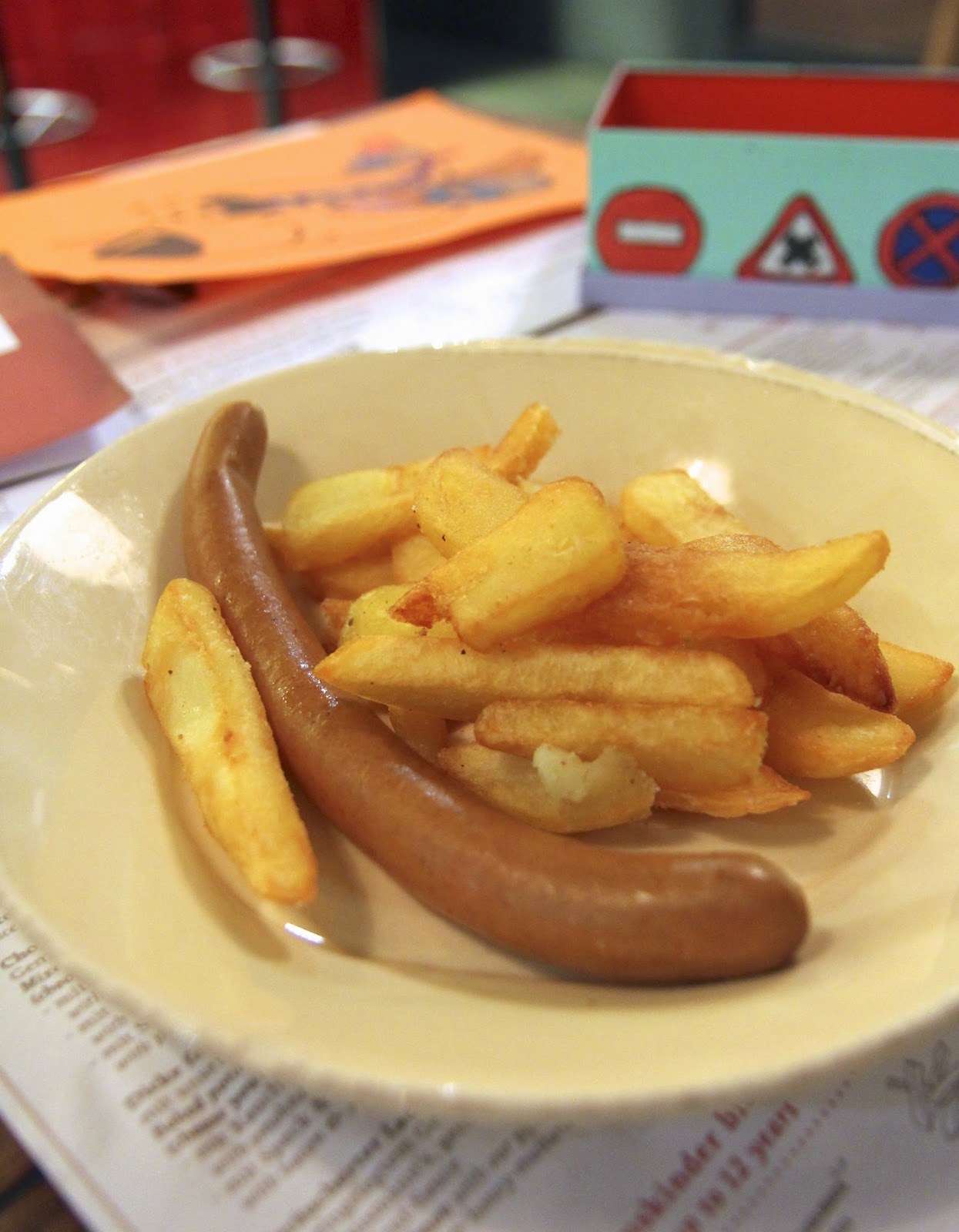 at Hausmann's (Flughafen Frankfurt am Main)


11d/5c/9l.  In the span of 11 days--5-day workshop + 2-day holiday in Spain, airport layovers before and after--my itinerary will take me through 5 countries and 9 locales, more-or-less at dinnertime, providing me an opportunity to have dinner in all of them.

Incidentally, Wife and D will be joining me for most of the trip.  Yay.  Ian got left behind, because certain members of the family didn't want the little punk to ruin Spain for the rest of us--for the record, Mo, I voted to bring you along.

The Federal Republic of Germany is Country 2.

Frankfurt is Locale 2.  No direct flights to Europe, so we flew to Spain via Germany, where we had a couple hours in the airport at Frankfurt. 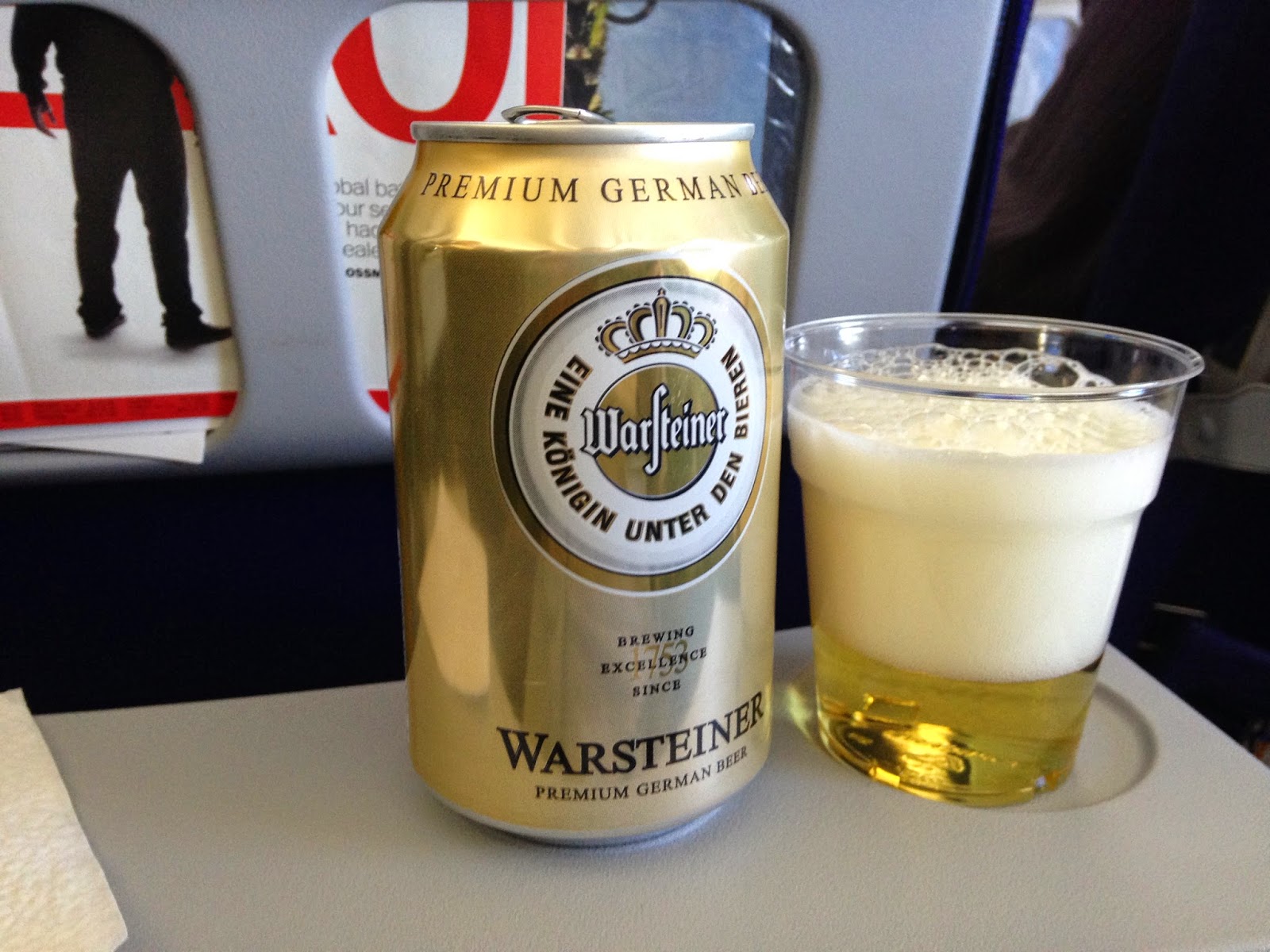 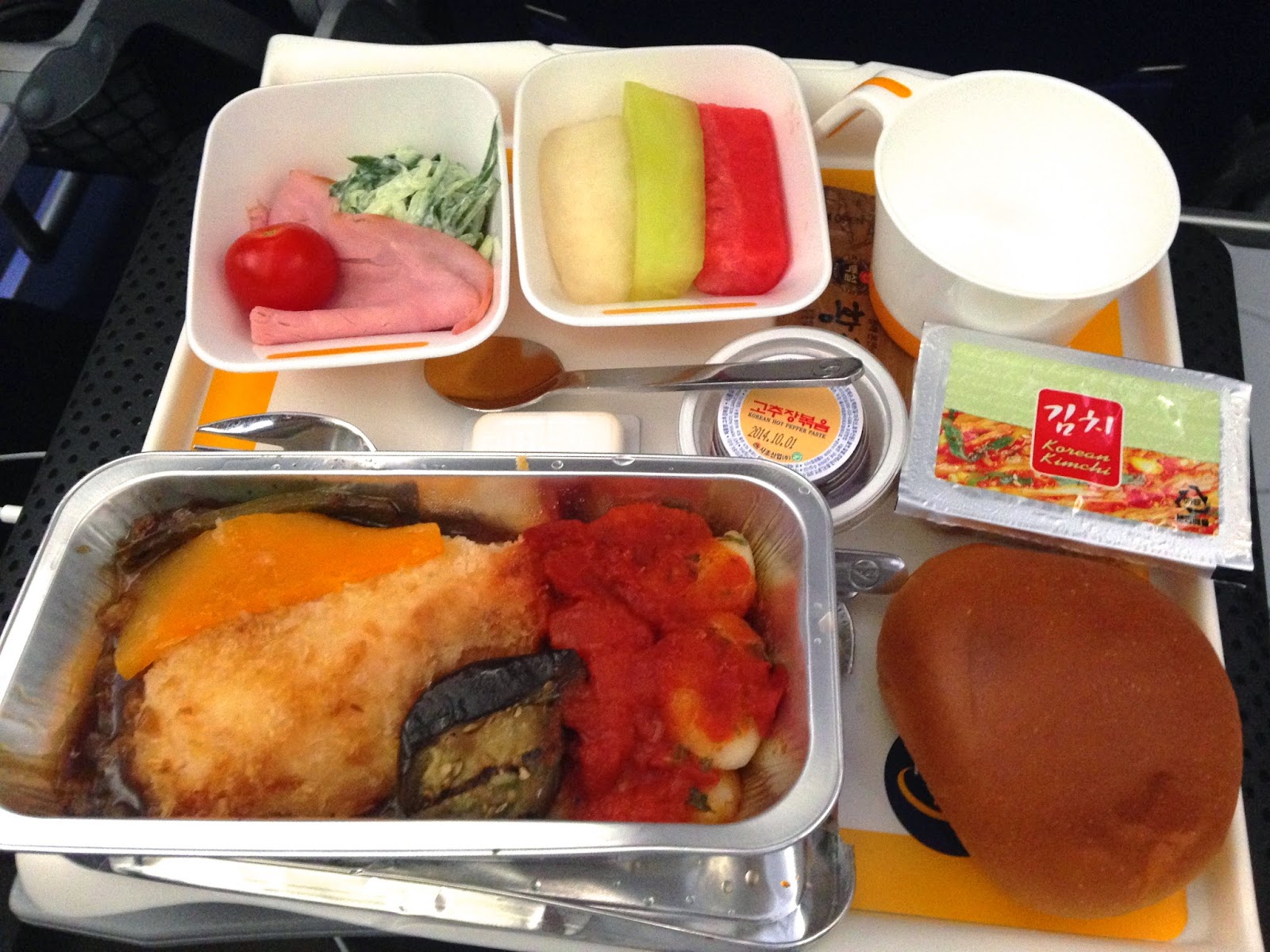 Chicken Cutlet with Gnocchi (1.0)--as I always seem to regret whatever choice of in-flight meal that I make, not that it really matters either way, because they're all crappy... 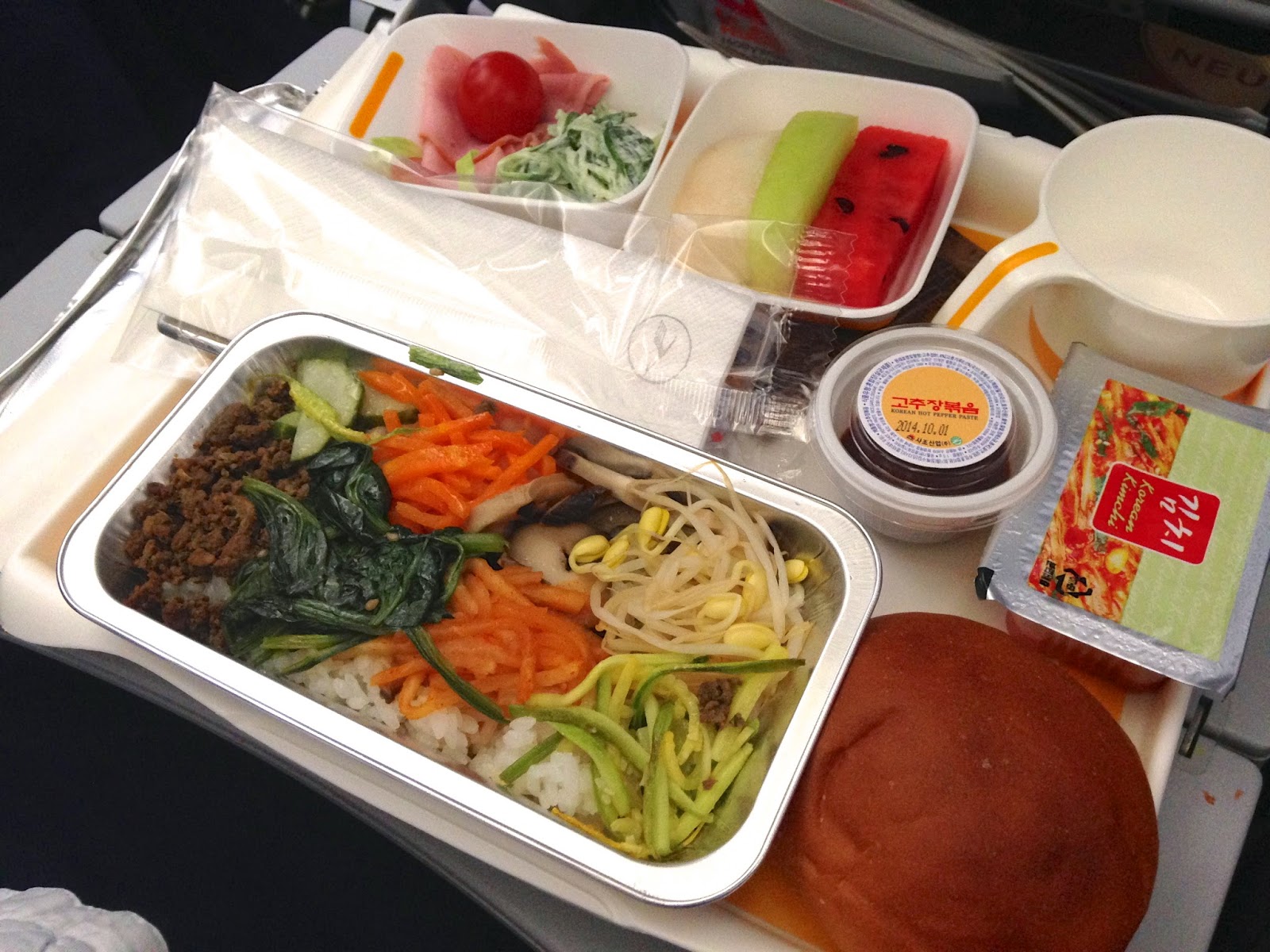 ...one immediate benefit of traveling with the family is that I can try all the options, just out of curiosity, not that the bibimbab offers much of a surprise, not anymore--Bibimbab (2.5). 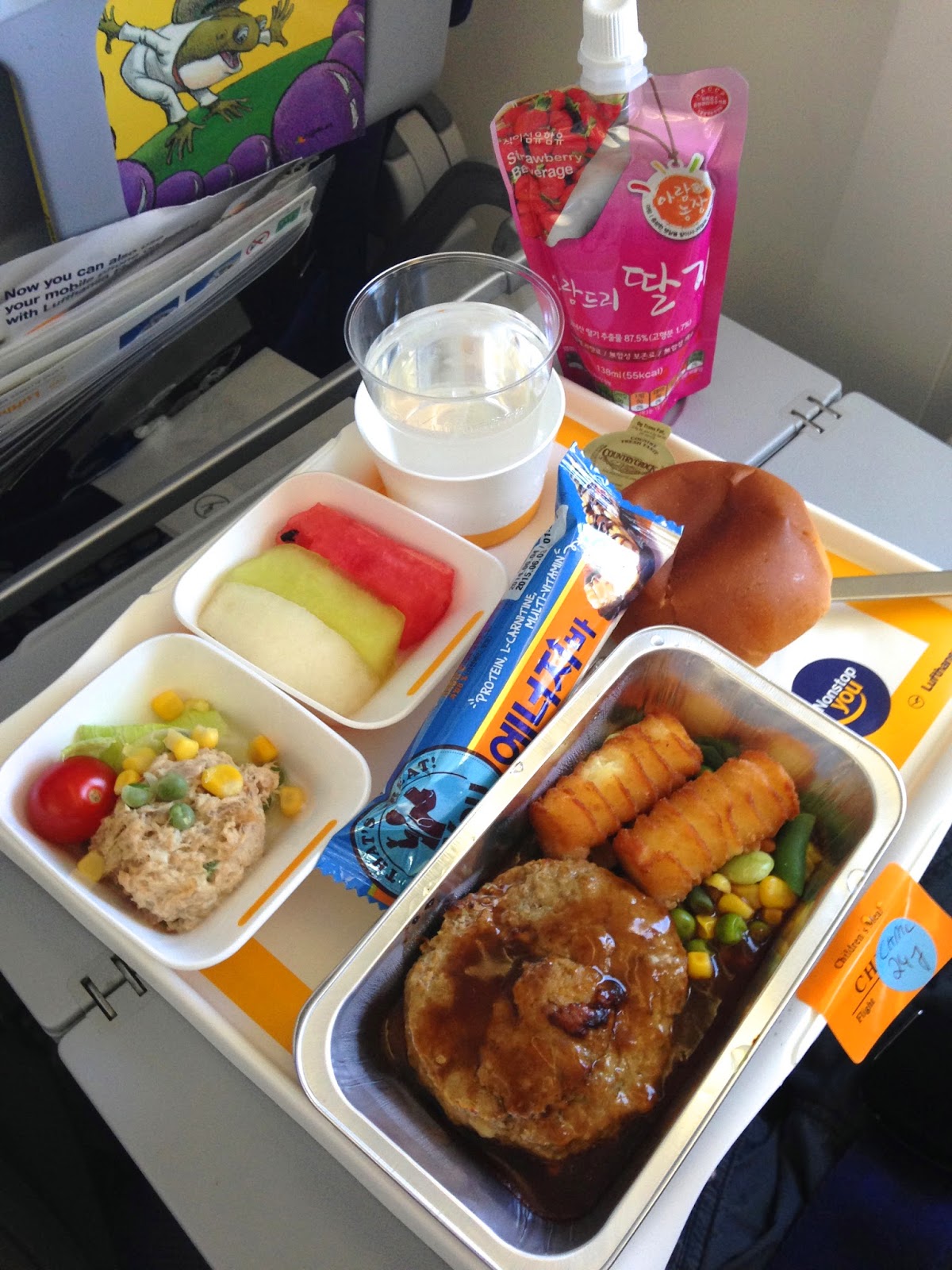 Kids' Meal (2.0)--Dominic made a sandwich from the tuna salad and bun, that's my boy!

Hausmann's is a German restaurant/pub.  Located in Terminal 1 of Flughafen Frankfurt am Main (Frankfurt International Airport).  Offers sausages and beer, among other items.  Current ranking on TripAdvisor: 246 of 1,733 restaurants in Frankfurt--not bad for an airport joint. 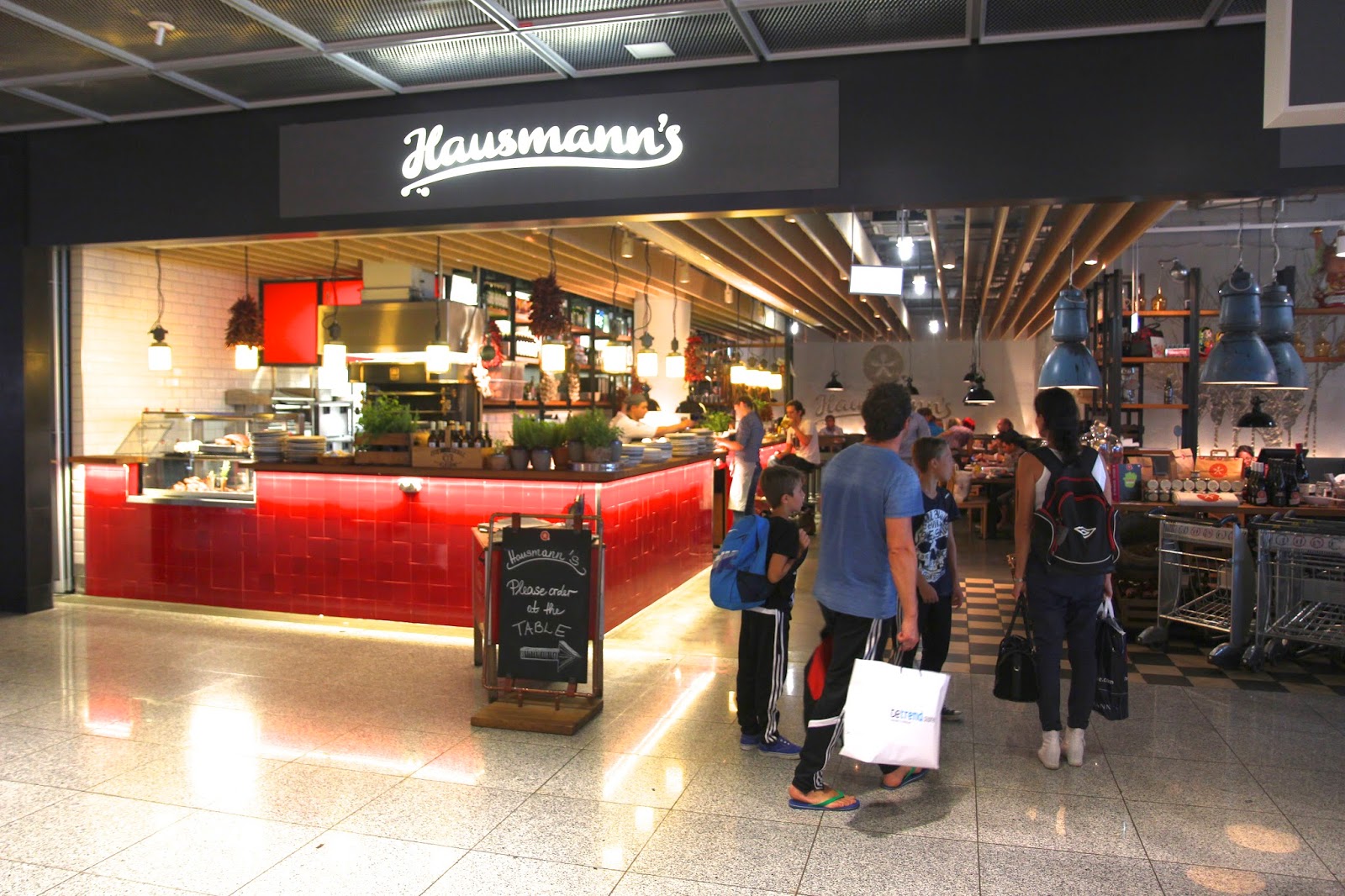 About an hour to kill between flights, just enough time for sausages and beer.  The wife, being a girl, elected to waste the time by shopping, so it was just the boys, eating and drinking manly food and beverage. 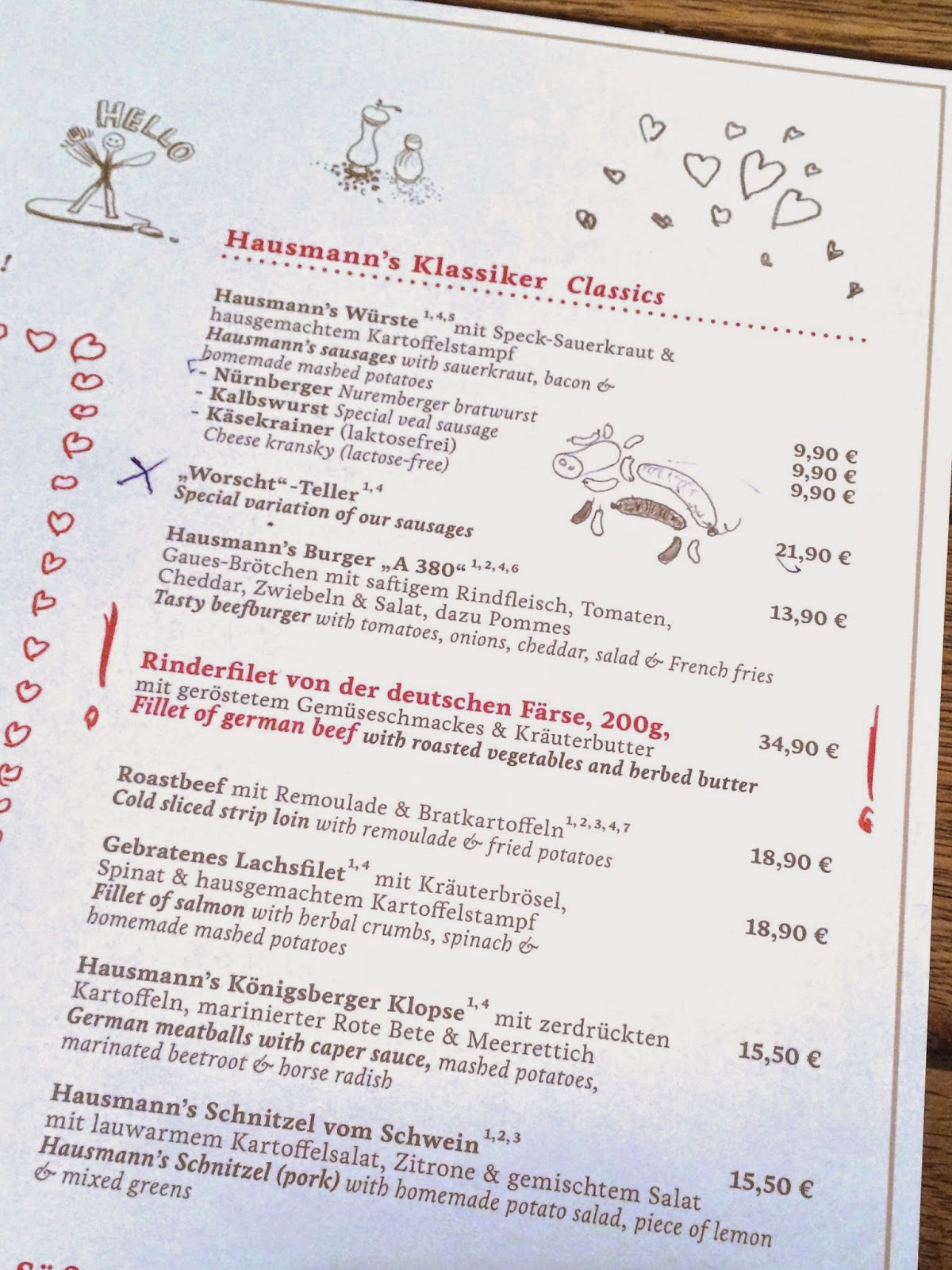 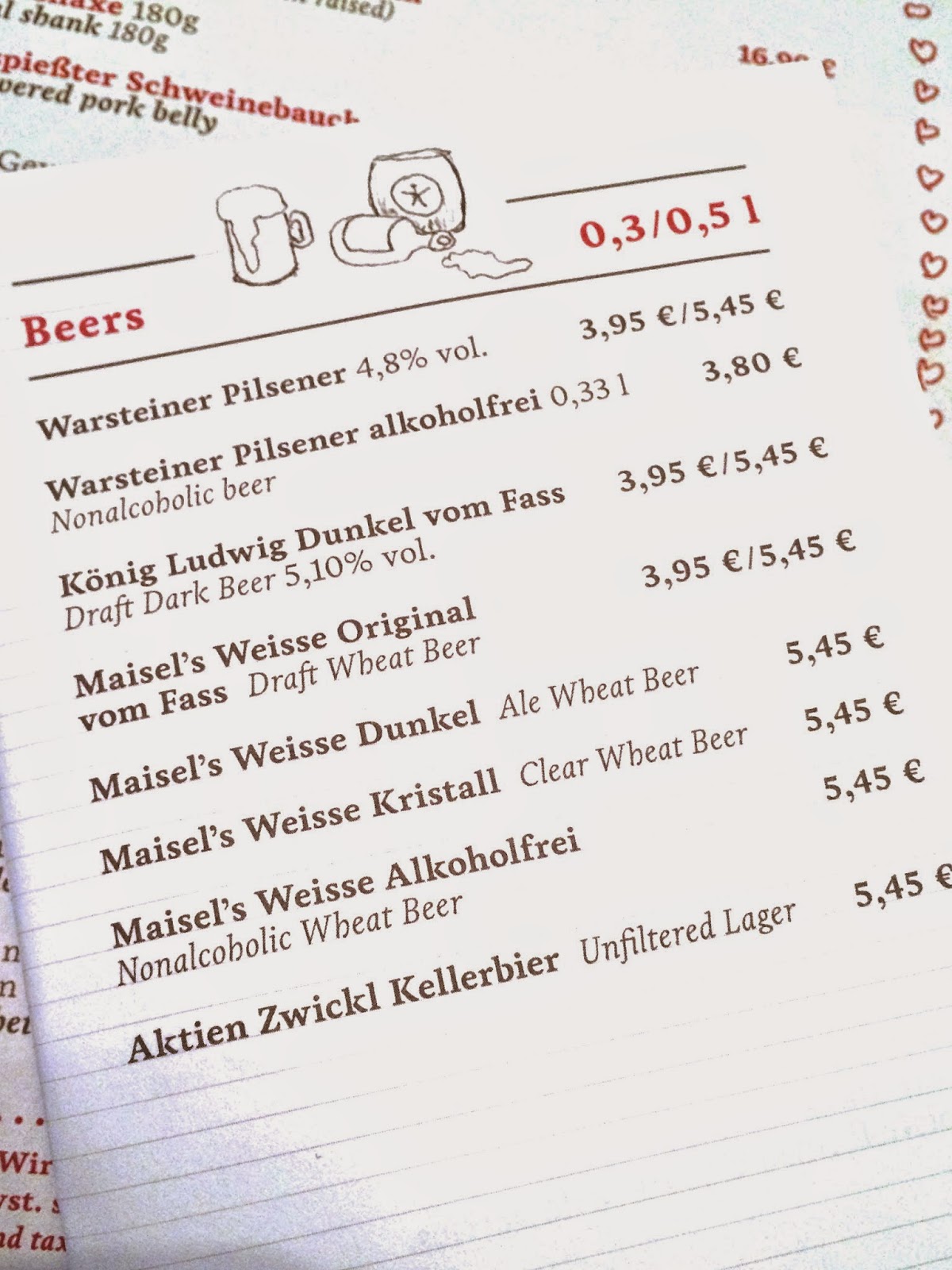 The sausages were okay, I guess.  Although the frankfurter was on the kids' menu, I still would've ordered it--got to register a frankfurter in Frankfurt, see?  An actual frankfurter tastes exactly like an American hotdog, only the skin is a bit tighter, making it pop with every bite.  Sorry to say, but I have yet to be impressed by authentic German sausage, which always just seem like something out of a package (see for example 5.184 Spezial Wurstplatte), although I'm always hoping for something more rustic, hand-made.  Oh well. 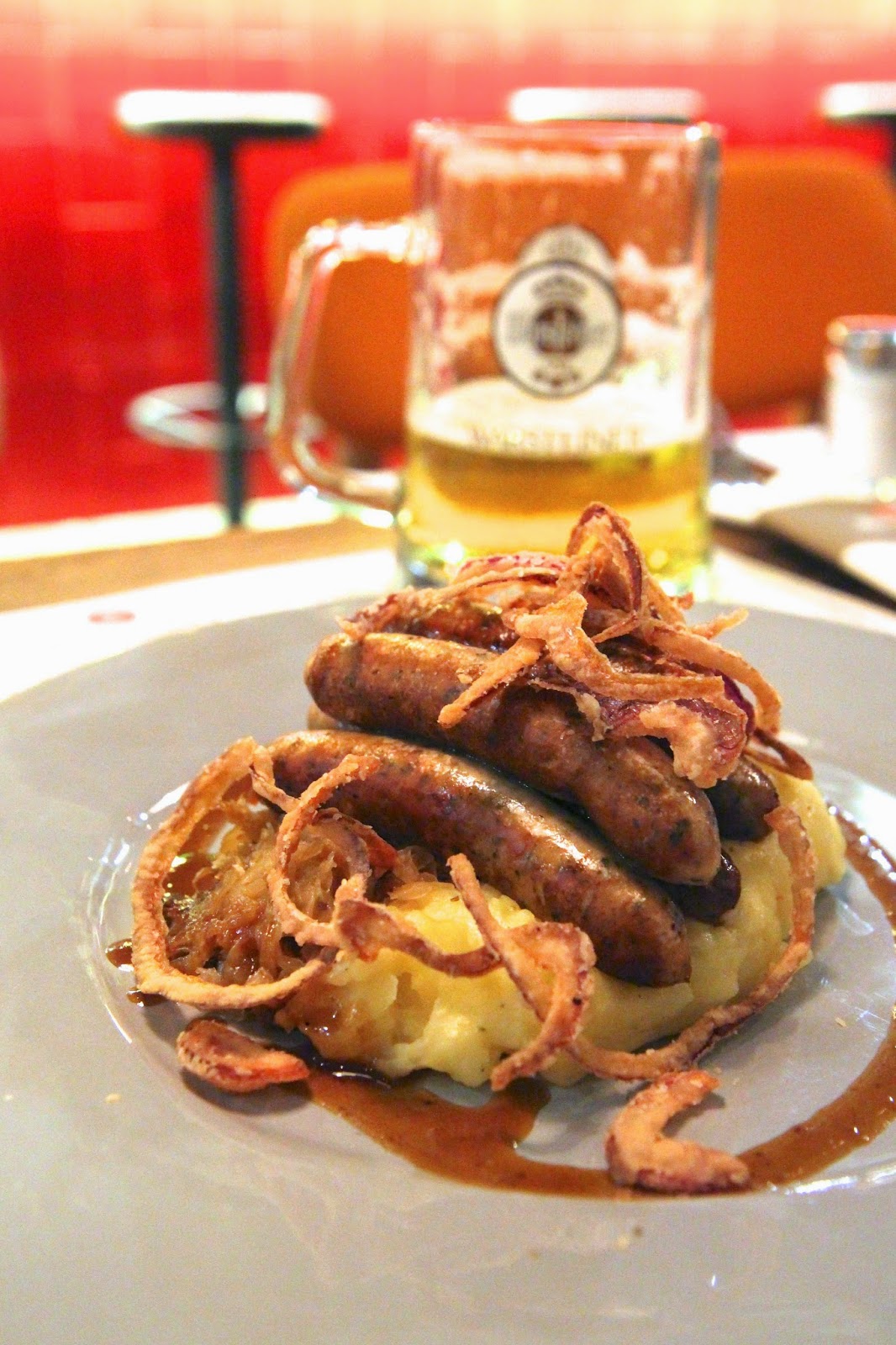 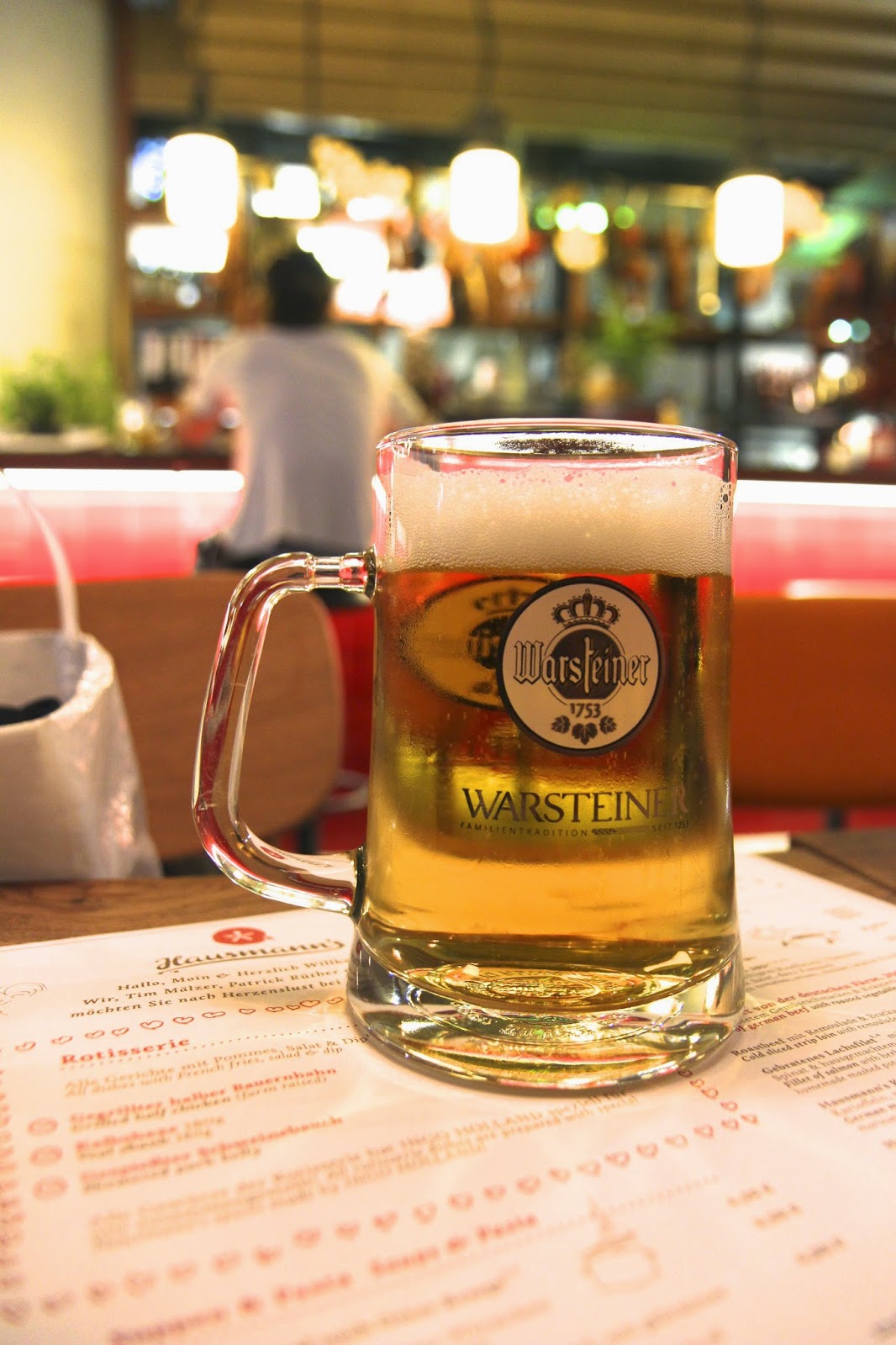 Same beer as on the plane, I should've ordered something else, but I just pointed at the first thing on the menu.