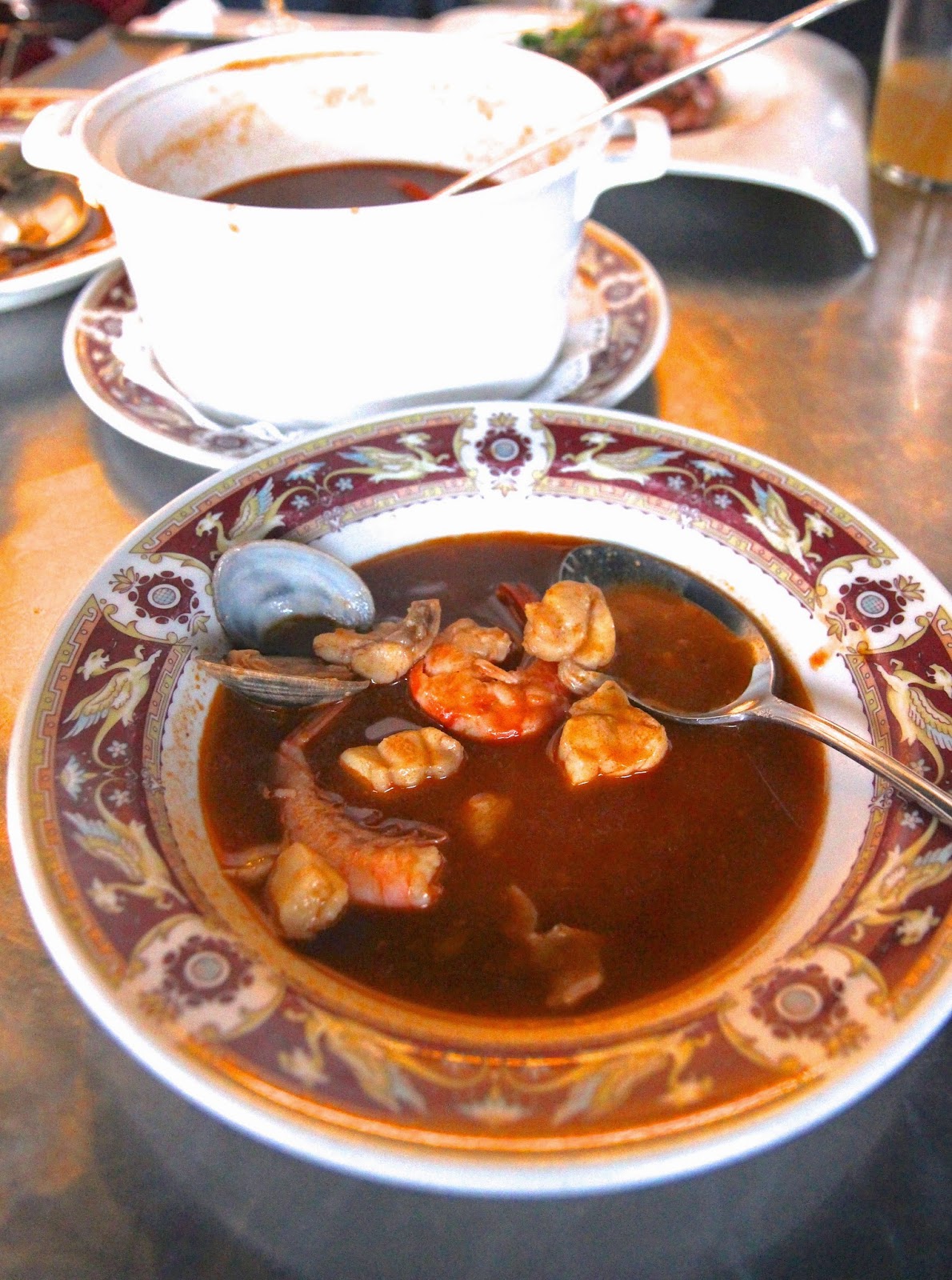 with Wife, Dominic, and K Engelhardt


11d/5c/9l.  For 11 days--5-day workshop + 2-day holiday in Spain, airport layovers before and after--my itinerary will take me through 5 countries and 9 locales, more-or-less at dinnertime, providing me an opportunity to have dinner in all of them.

The Kingdom of Spain is Country 3.

Bilbao is Locale 4.  In town just for the evening to see the museum and have dinner.

Bilbao is the capital of the province Biscay.  A 30-minute ride on the metro from Getxo.  10th biggest city in Spain.  Originally, an industrial port city.  Now, a popular tourist destination largely due to the world-famous Guggenheim Museum by Frank Gehry, hailed by many as the greatest work of architecture in the latter 20th century. 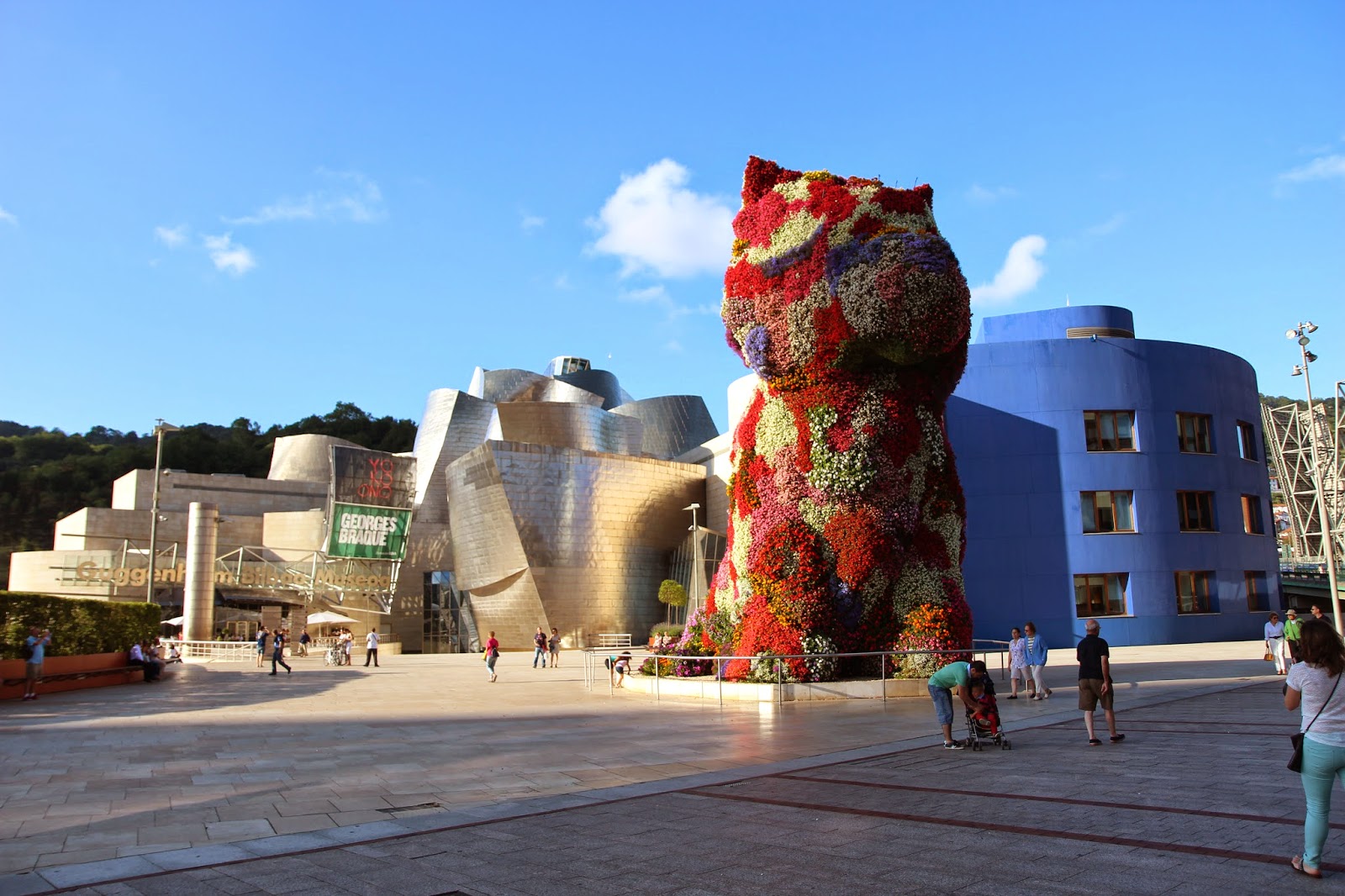 In the evening after the second day of the conference, the "social program" included a guided tour of the Guggenheim. 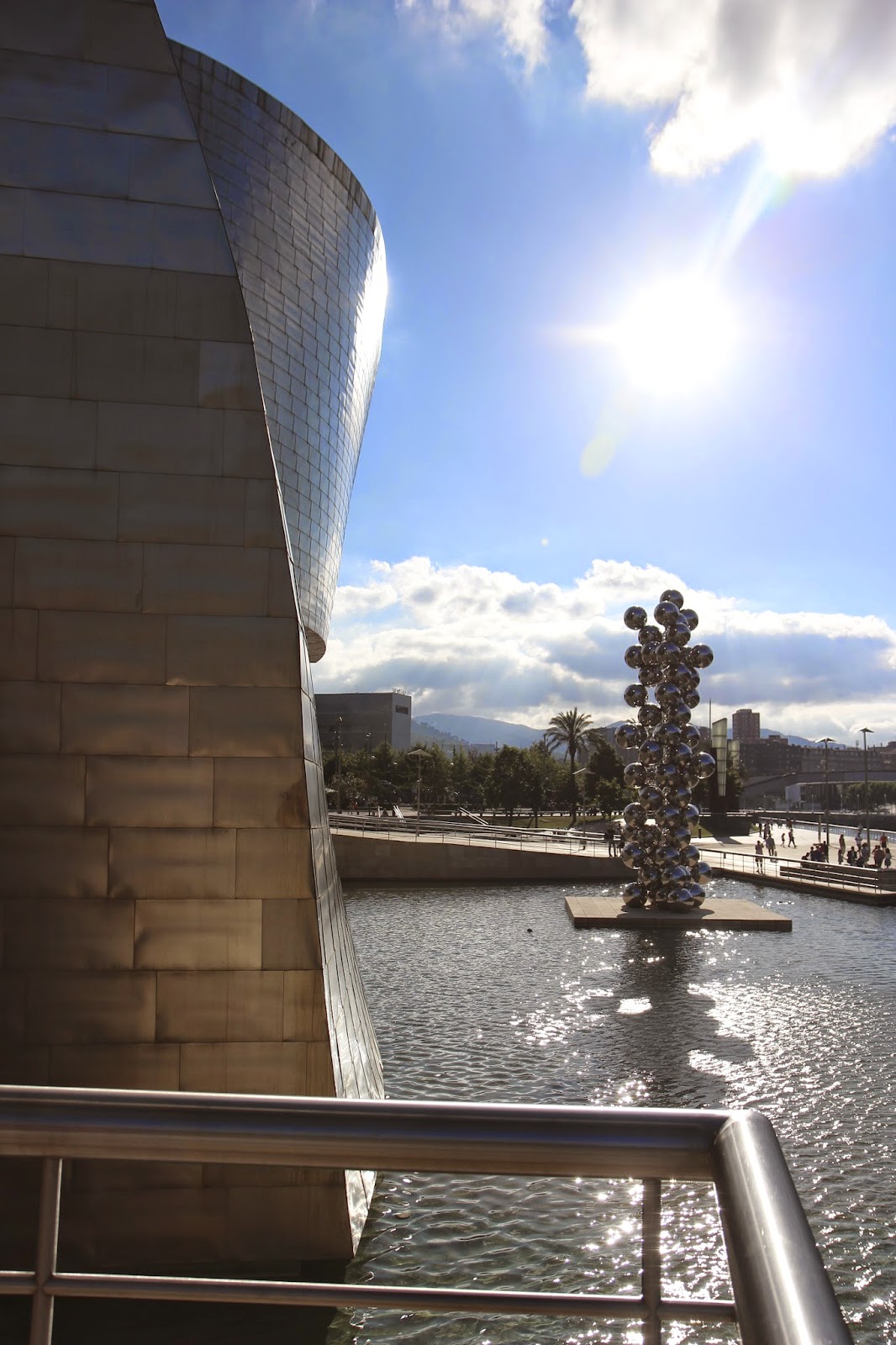 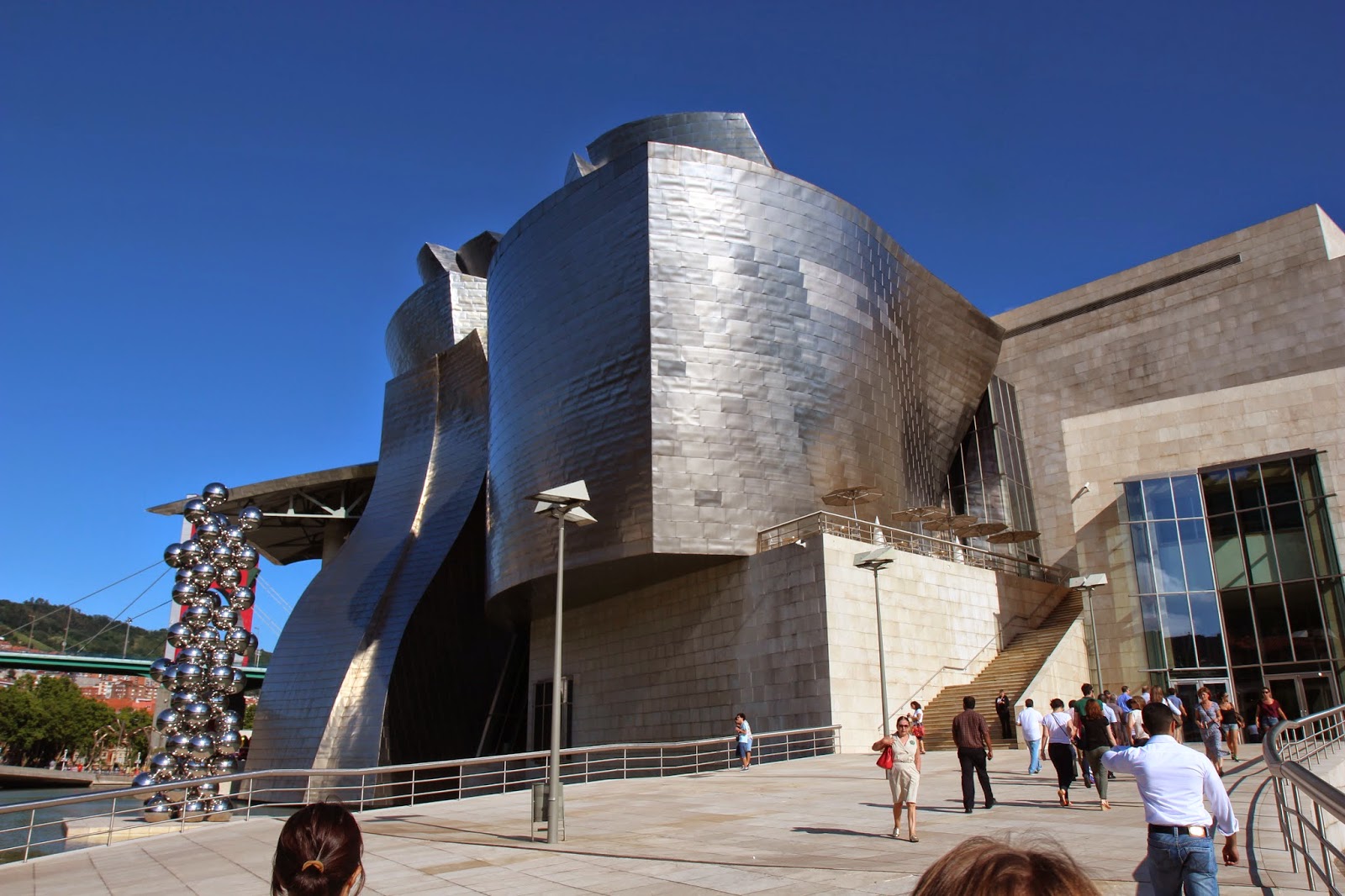 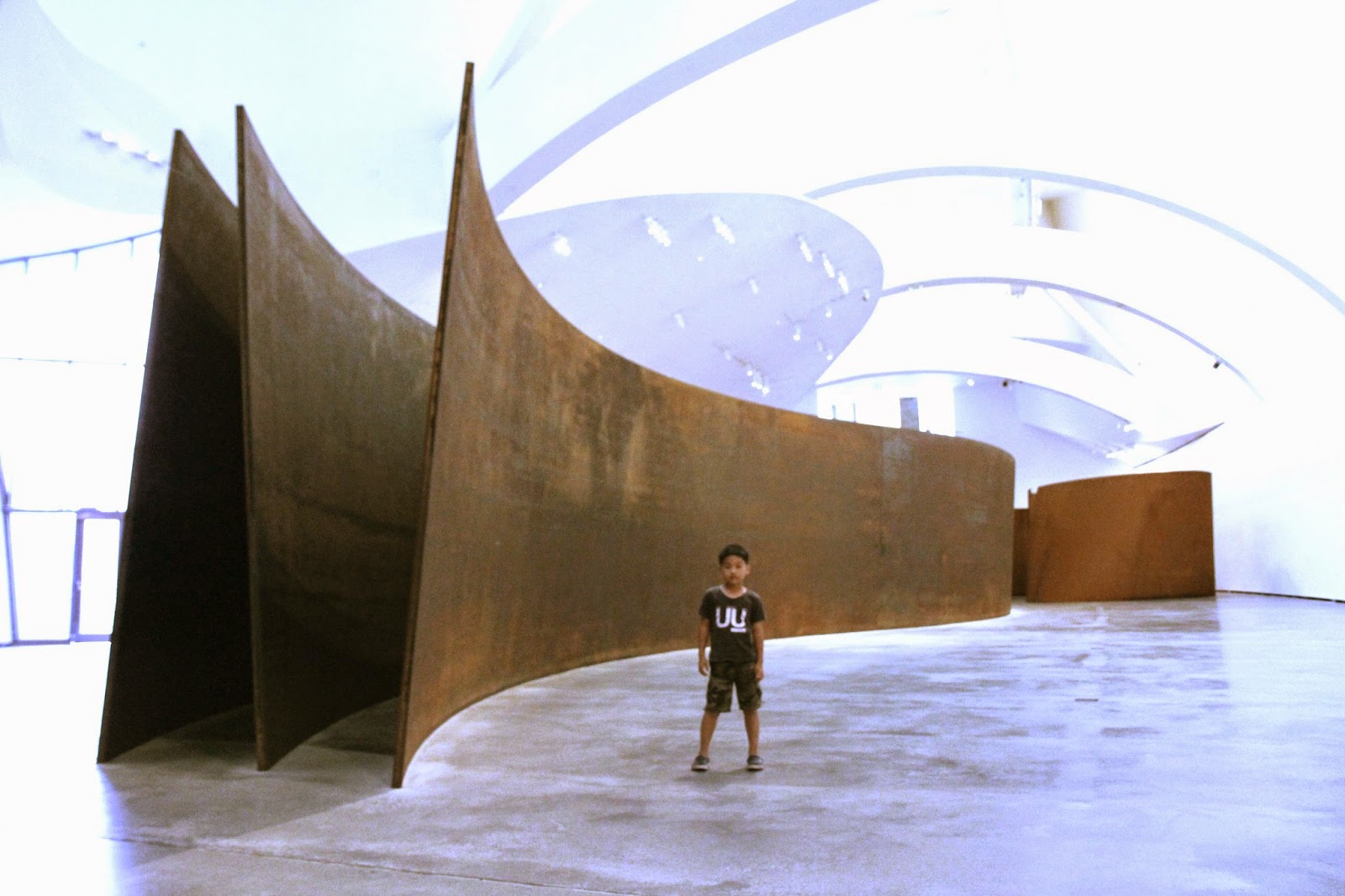 Within, the Matter of Time by Richard Serra, the most amazing installation that I've ever witnessed.

Victor Montes is a Spanish bar/restaurant.  Located in Plaza Nueva, the center of Bilbao's old town.  Pintxos and other tapas on offer, as well as seafood and meat main dishes made to order.  Highly reputed on the internet (according to Wife, who did the research to find us a place for dinner). 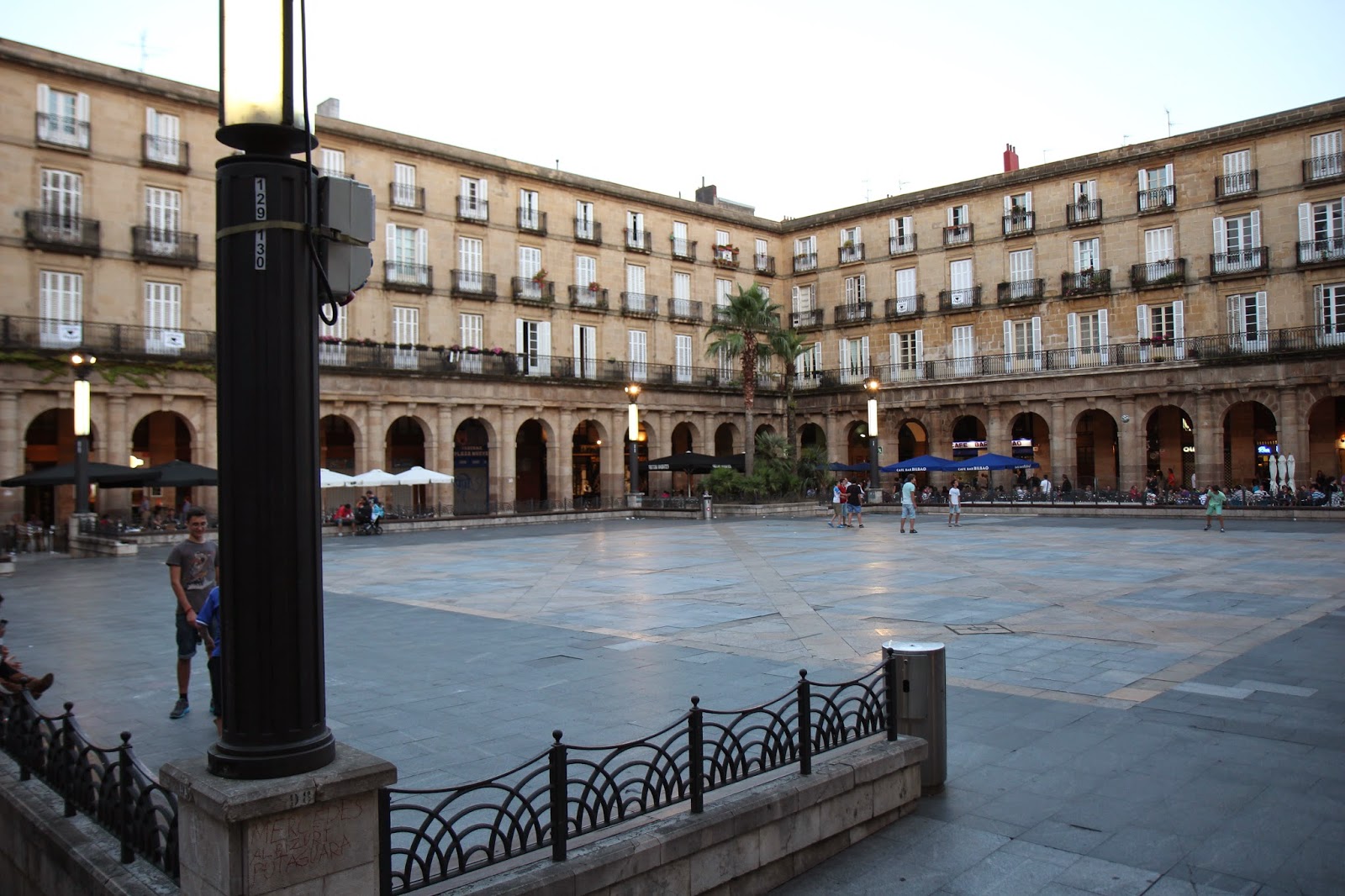 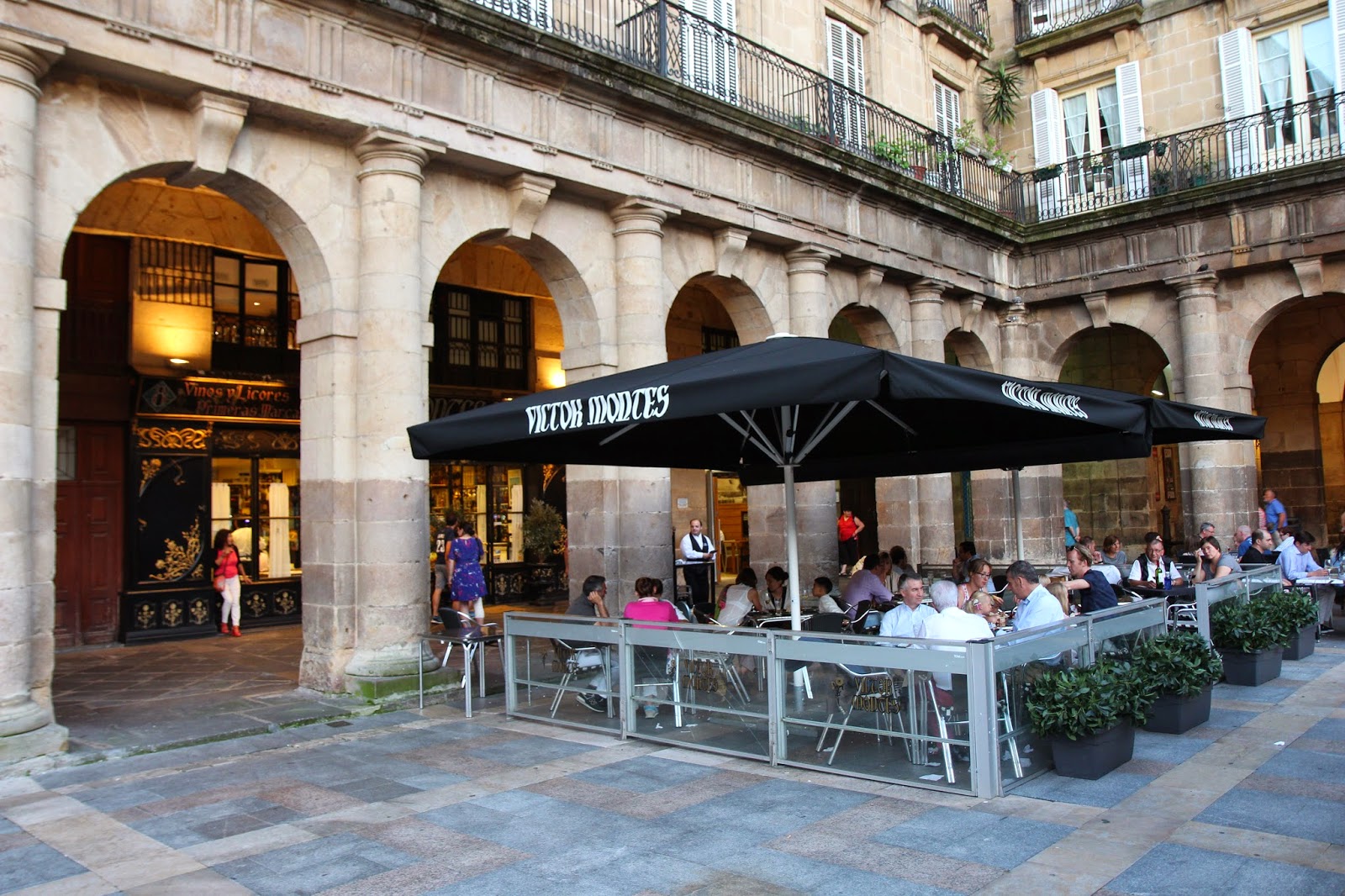 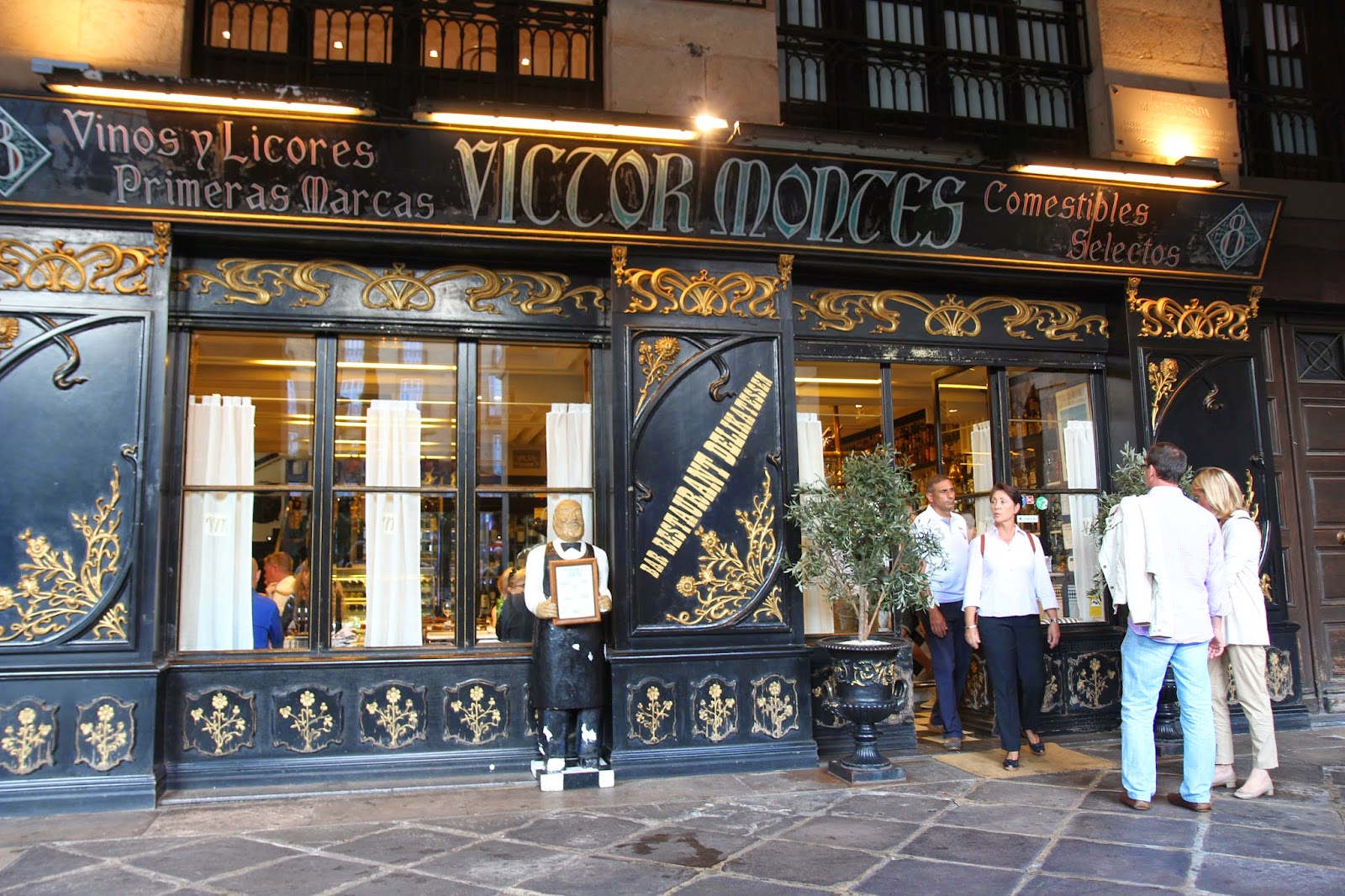 Supposedly the original facade, but it seemed rather kitschy. 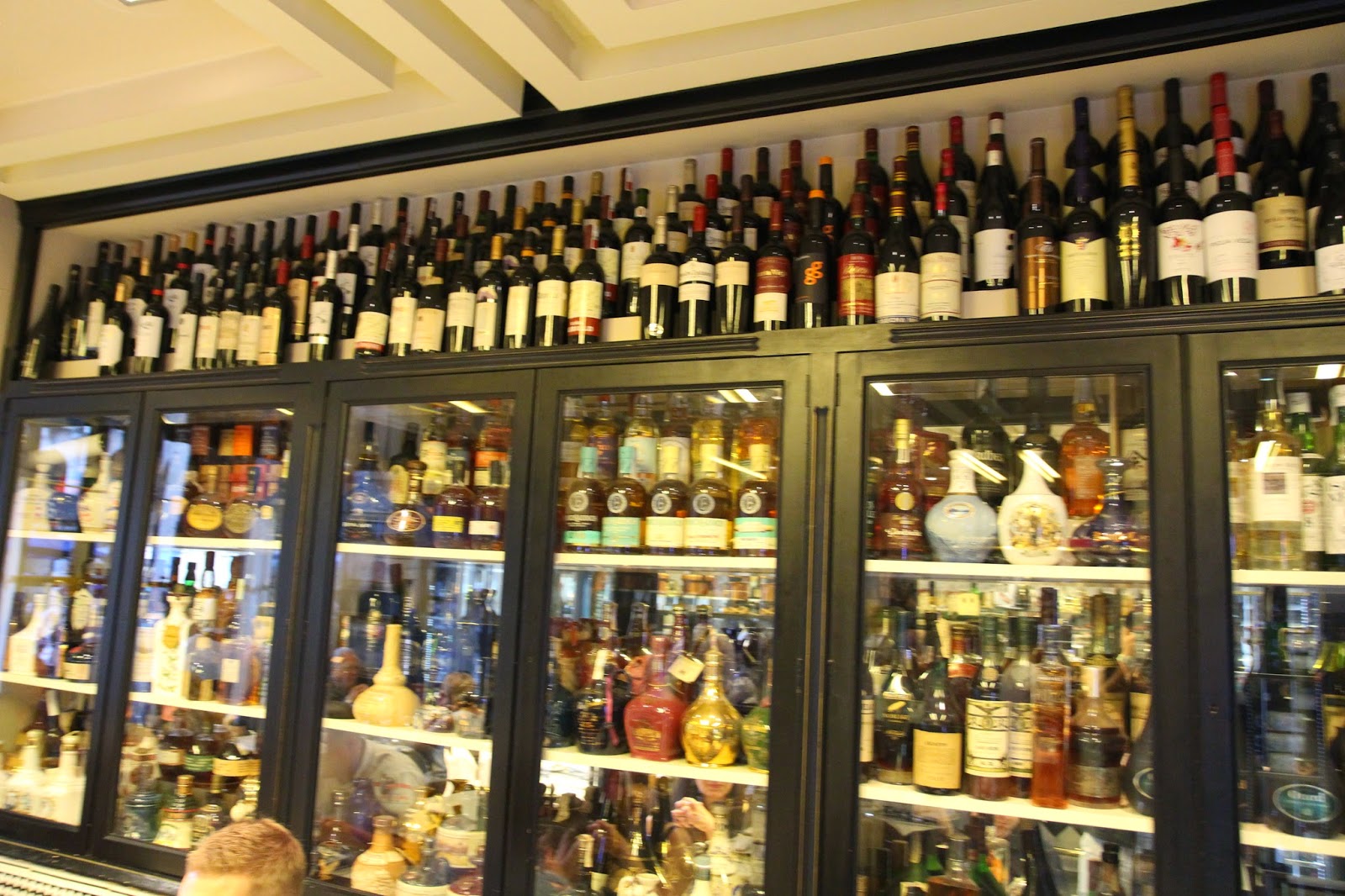 My kinda place--didn't ask whether these are available for sample, though I'd imagine that some of them would be. 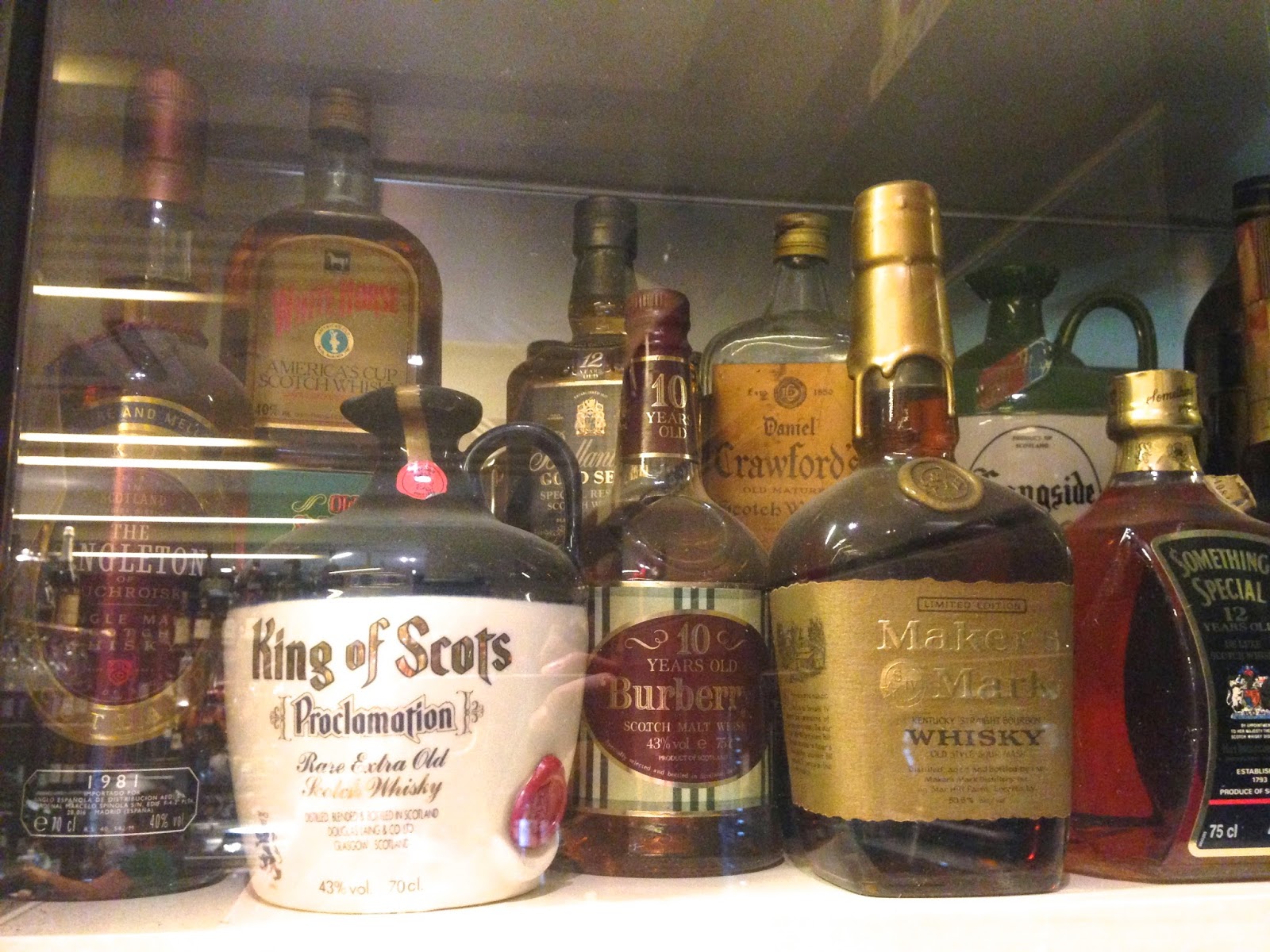 Three bottles of note, all in a row, starting at center, going right: (1) Burberry (where the wife worked for 7 years)--an example of what is referred to in marketing lingo as "brand stretching;" (2) special gold edition of Maker's Mark, my favorite bourbon; and (3) Something Special, imported from Scotland, bottled in Korea, the quintessential nightclub whisky from my college days.

Today also happens to be Katrin's 40th brithday.  The meal wasn't exactly a party, but it's the closest she's gonna get, at least on the day of.  Happy birthday! 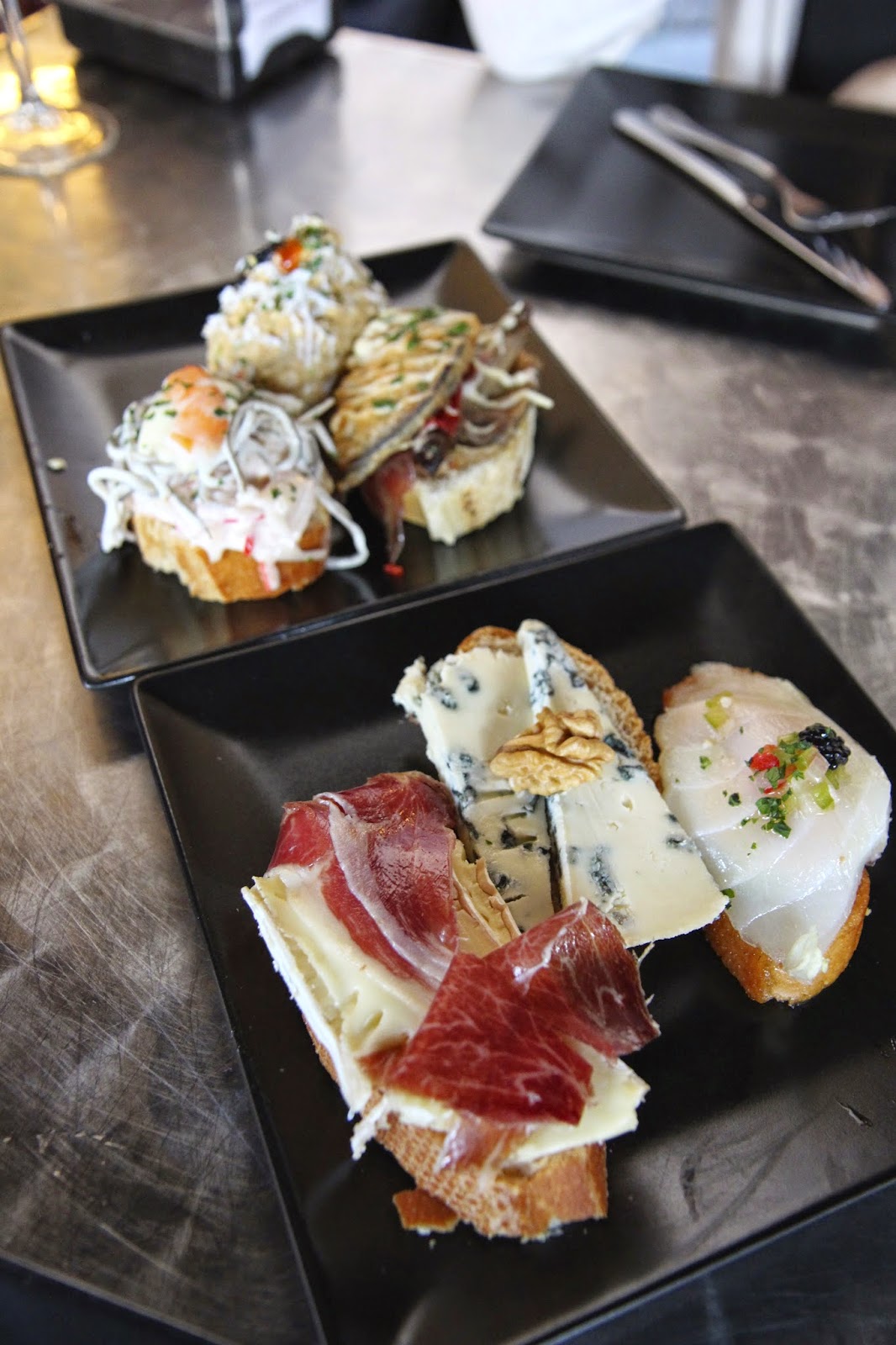 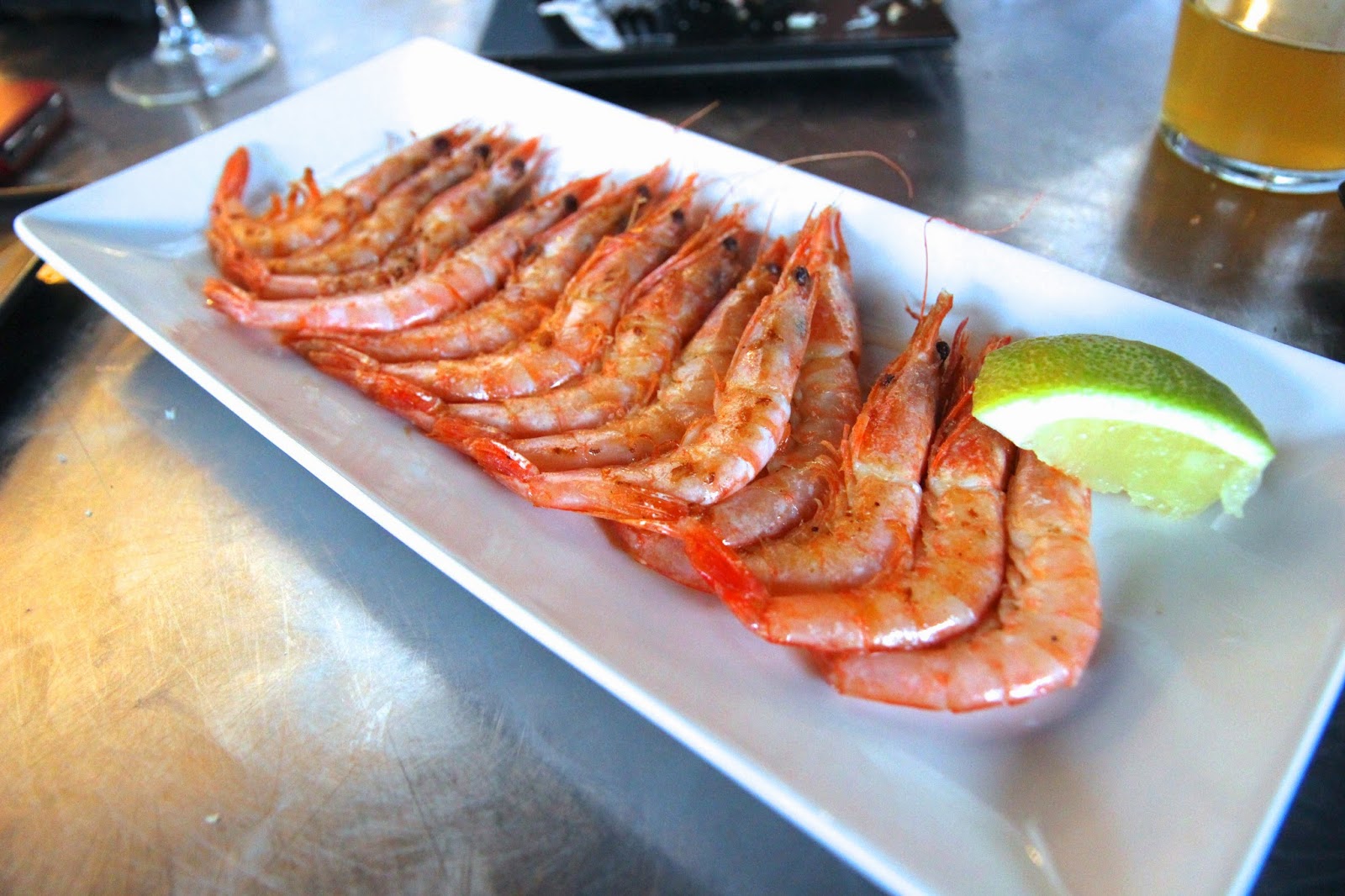 Gambas de Huelva (2.0)--shrimp were sweet, but a tad overseasoned. 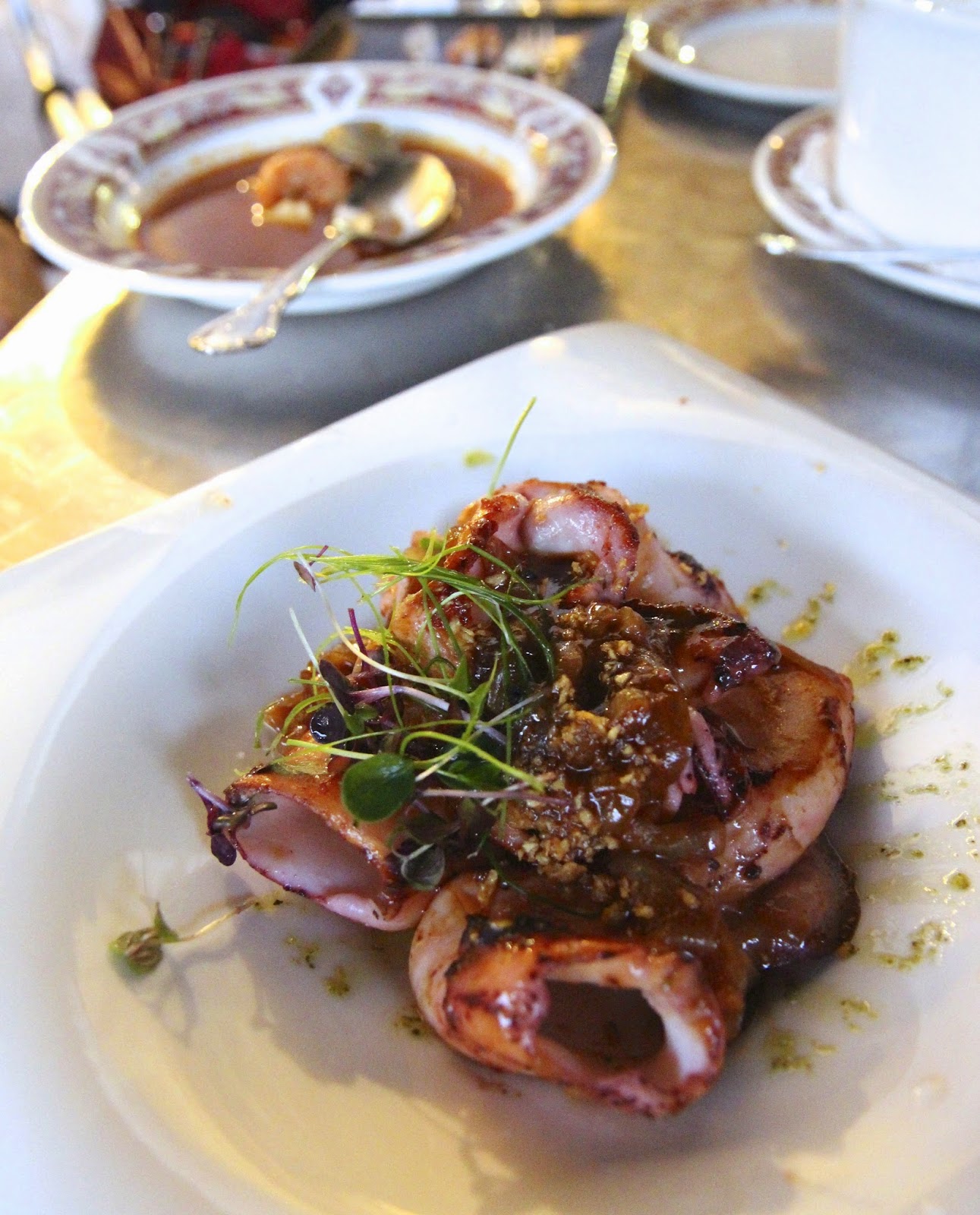 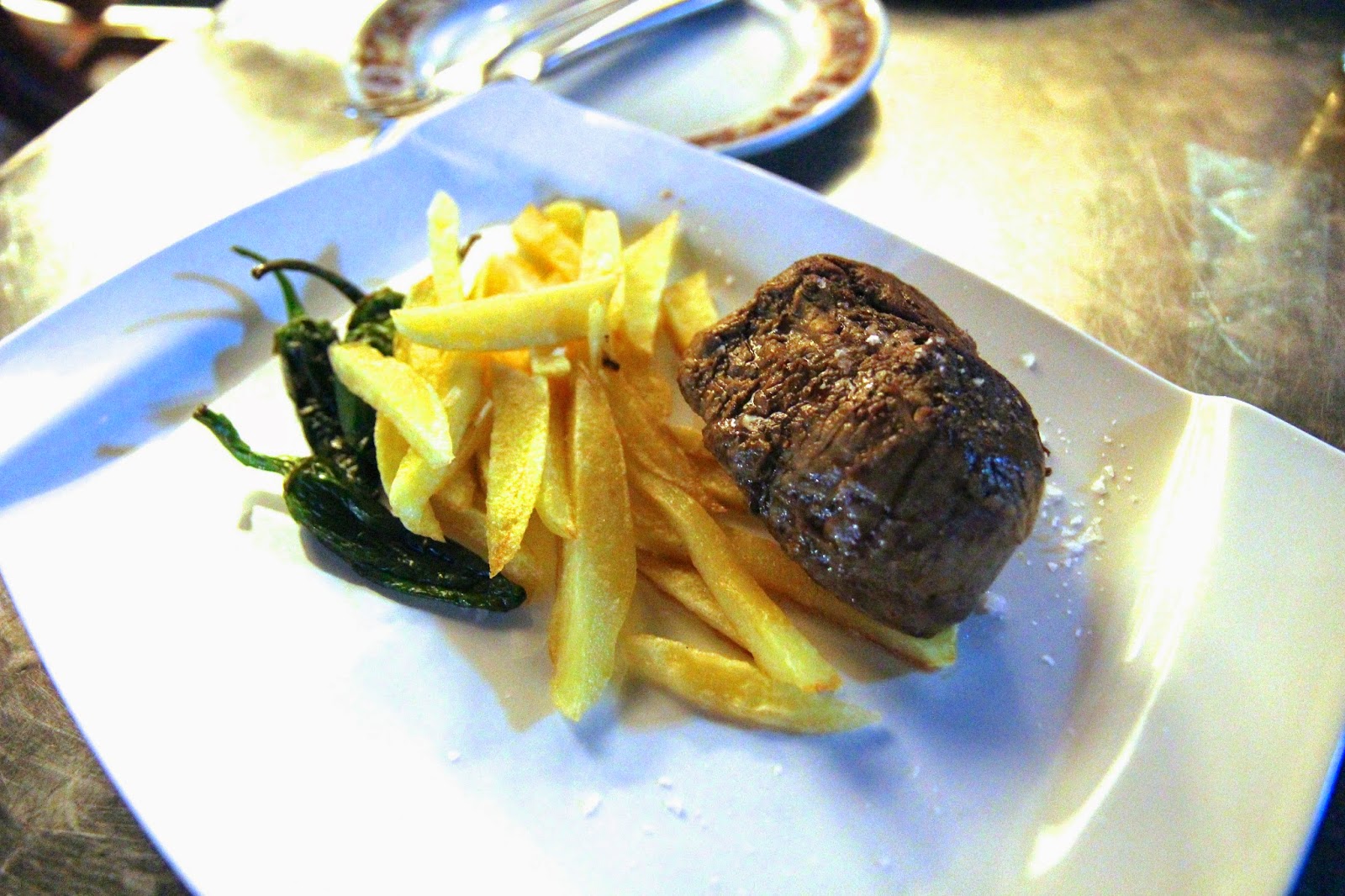 The food was okay.  The fish and seafood soup, like the other main dishes, was respectable, no more, no less.  Quality ingredients, reasonably well-prepared and well-presented, but lacking any wow.  Maybe after yesterday's mind-blowing experience, my expectations were too high.  Oh well.