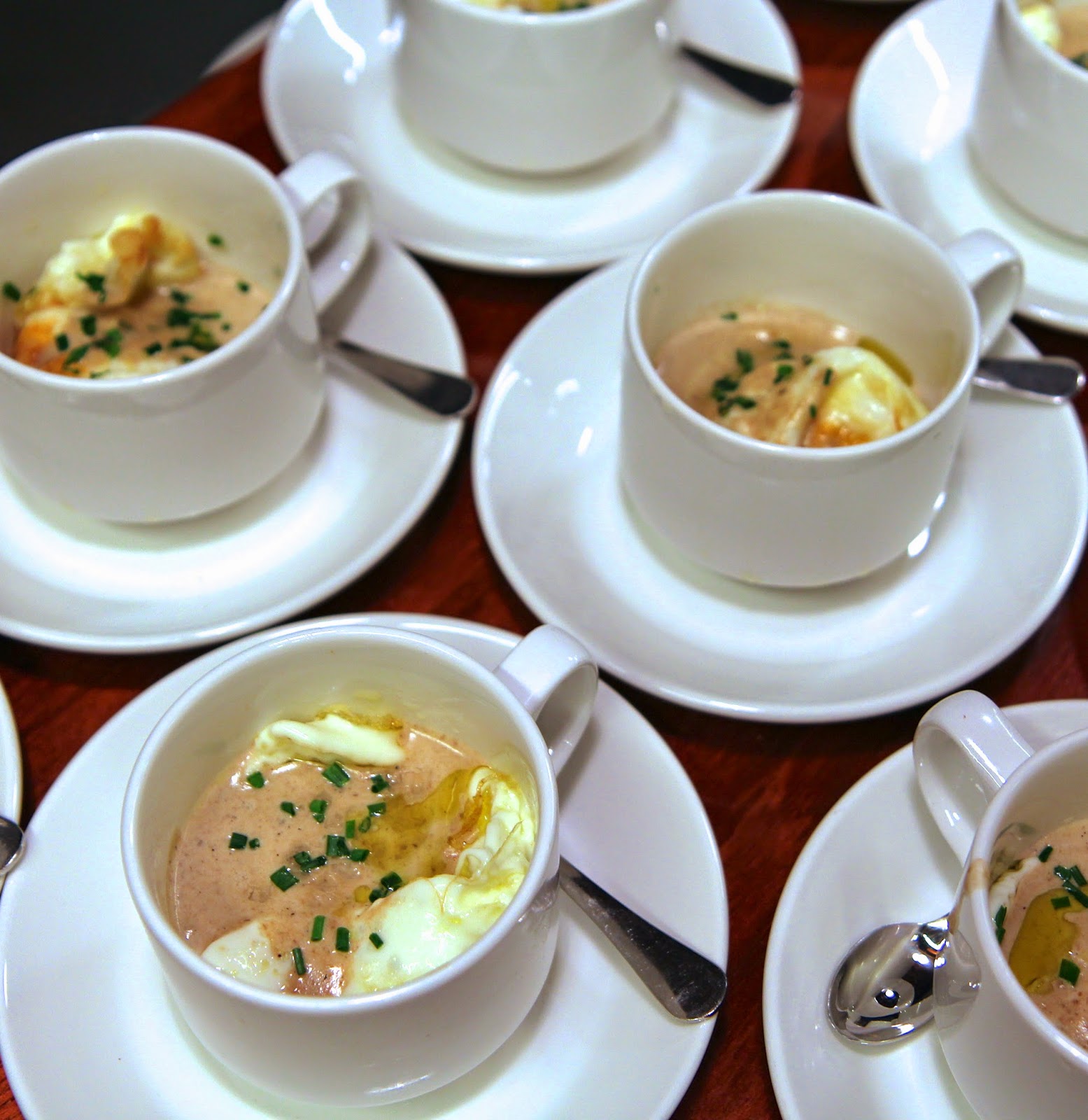 with K Engelhardt and other conference participants

The Kingdom of Spain is Country 3.  We'll be in the country through Sunday.

Okondo, a town in the province Álava, is Locale 5.  In the neighborhood for dinner. 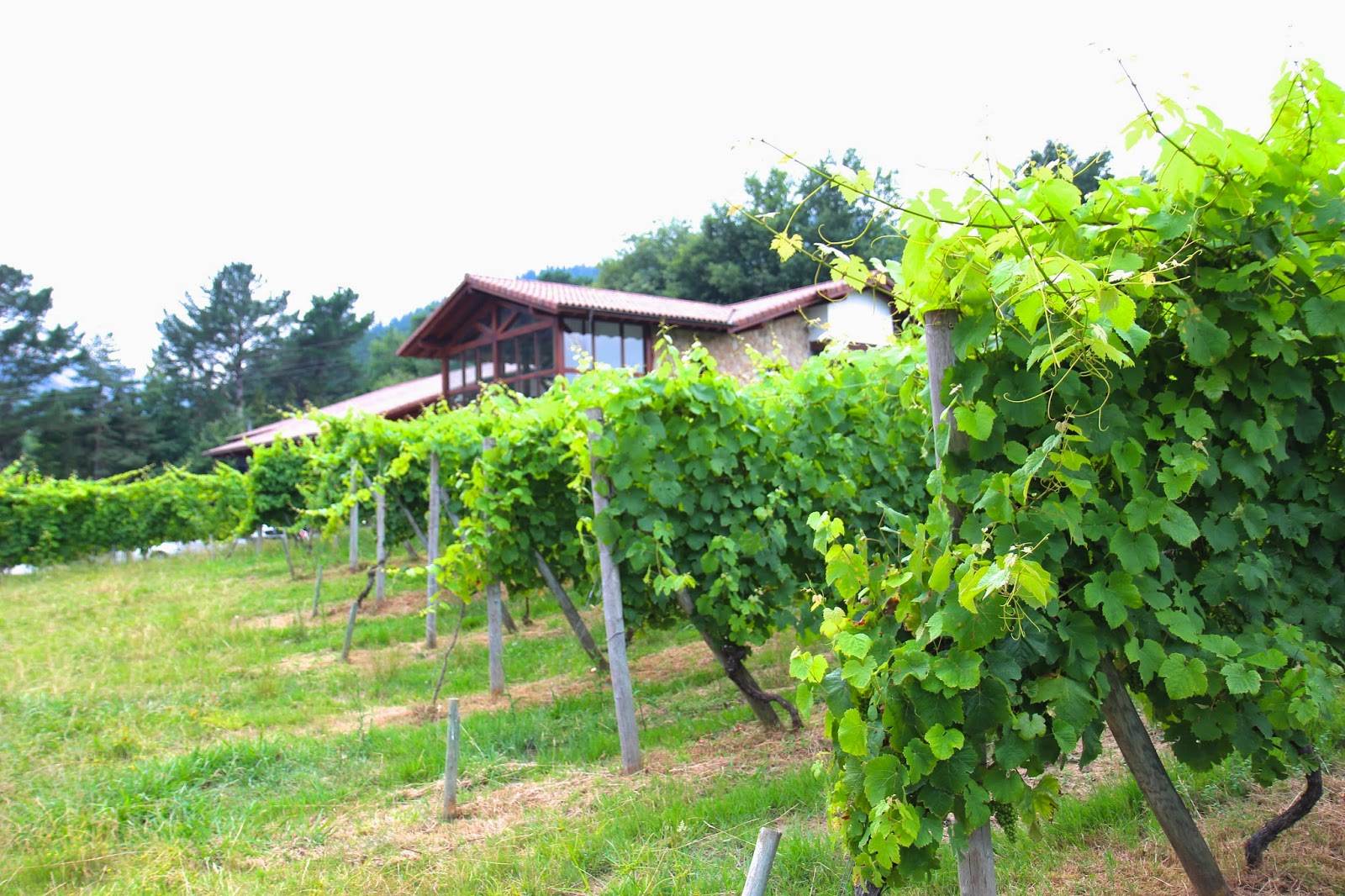 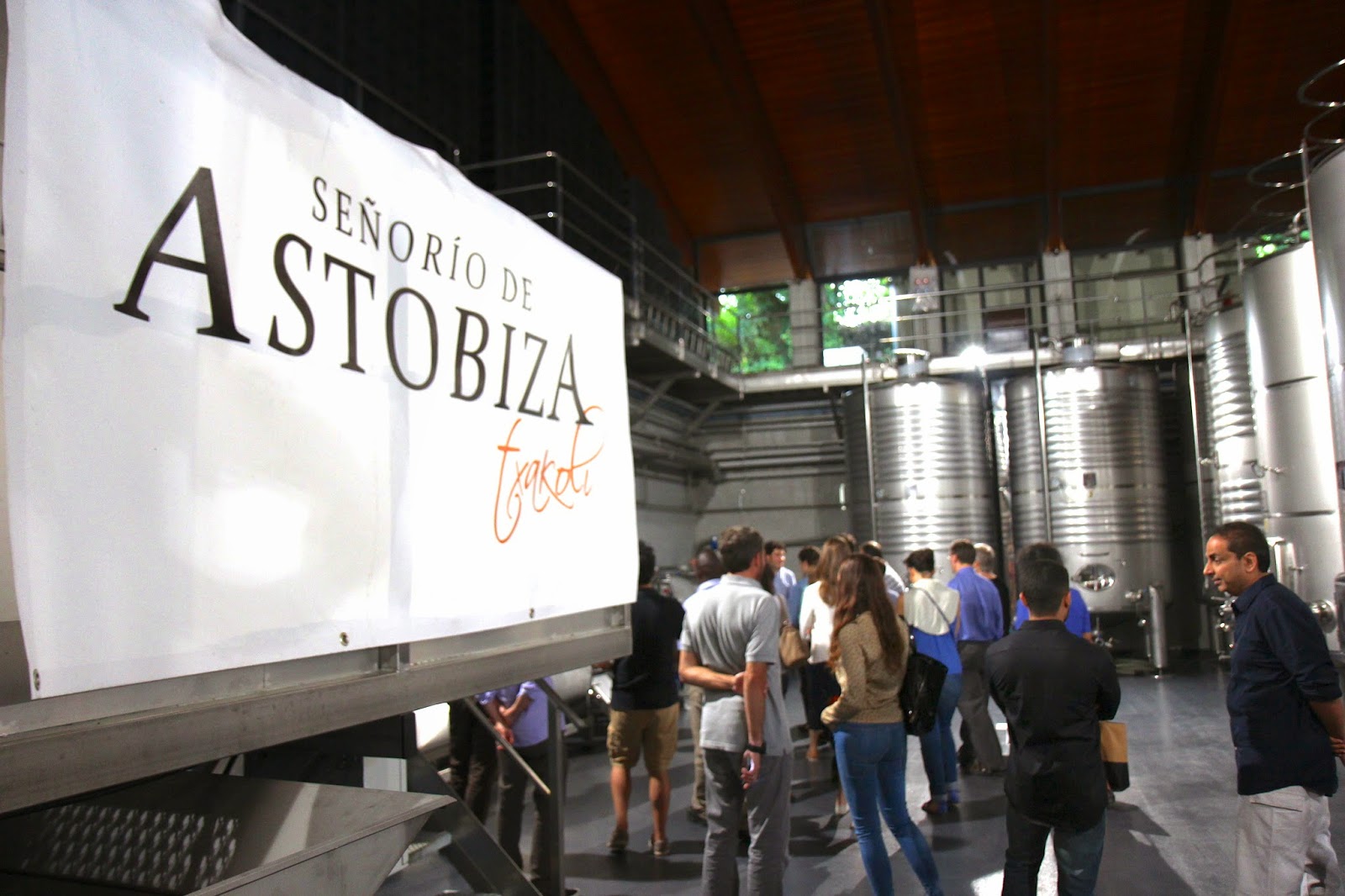 Ordinarily, I would've been extremely enthused by a wine tour, but my heart just wasn't into it tonight, dunno why.

Señorio de Astobiza is a winery.  Located in Okondo, about 20 km southwest of Bilbao, 35 km from Getxo.  By reservation, the establishment hosts special events, as well as tours of the winery and vineyards.

Hermeneus is a commercial cooperative. Brings together and sells products from independent local food producers.  Based on the internet but also organizes live events. 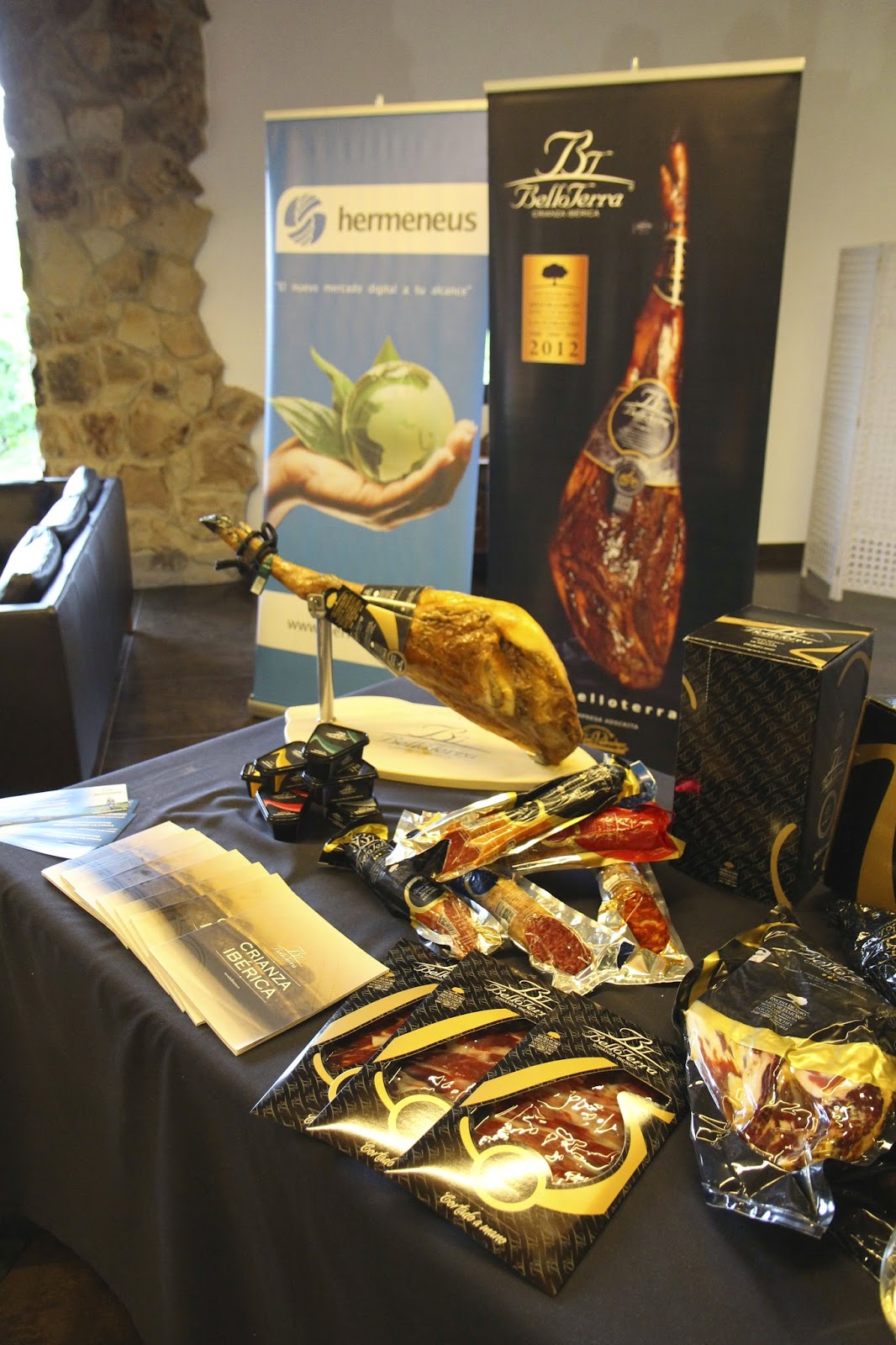 While the occasion was purportedly more about promotion than retail--then again, who knows, this whole conference reeks of commercialism--certain items were available for sale in small quantities. 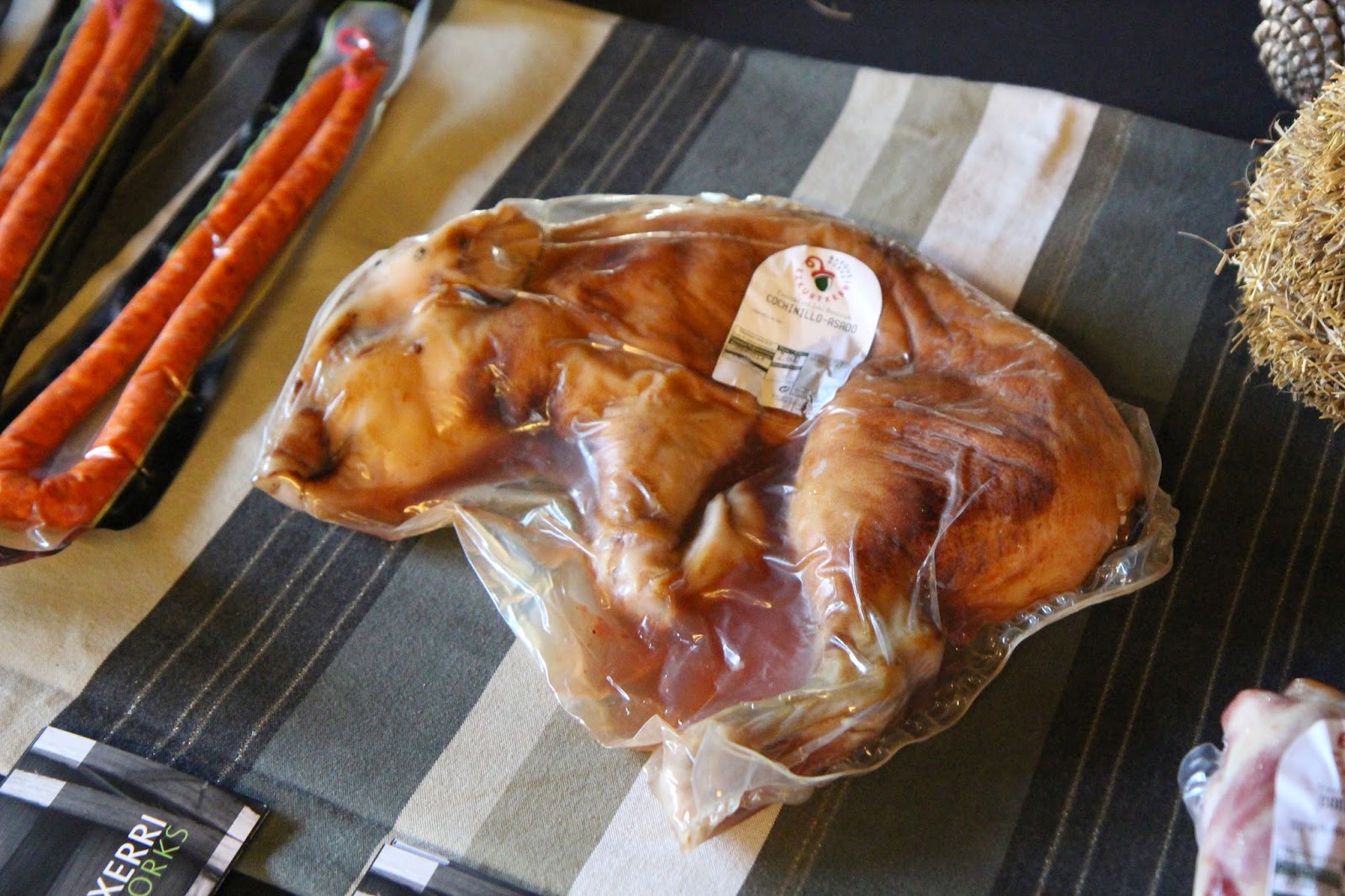 Not quite what I meant by "small quantities."

For the third and final part of the conference's social program, the participants were taken to Señorio de Astobiza, where Hermeneus catered the food. 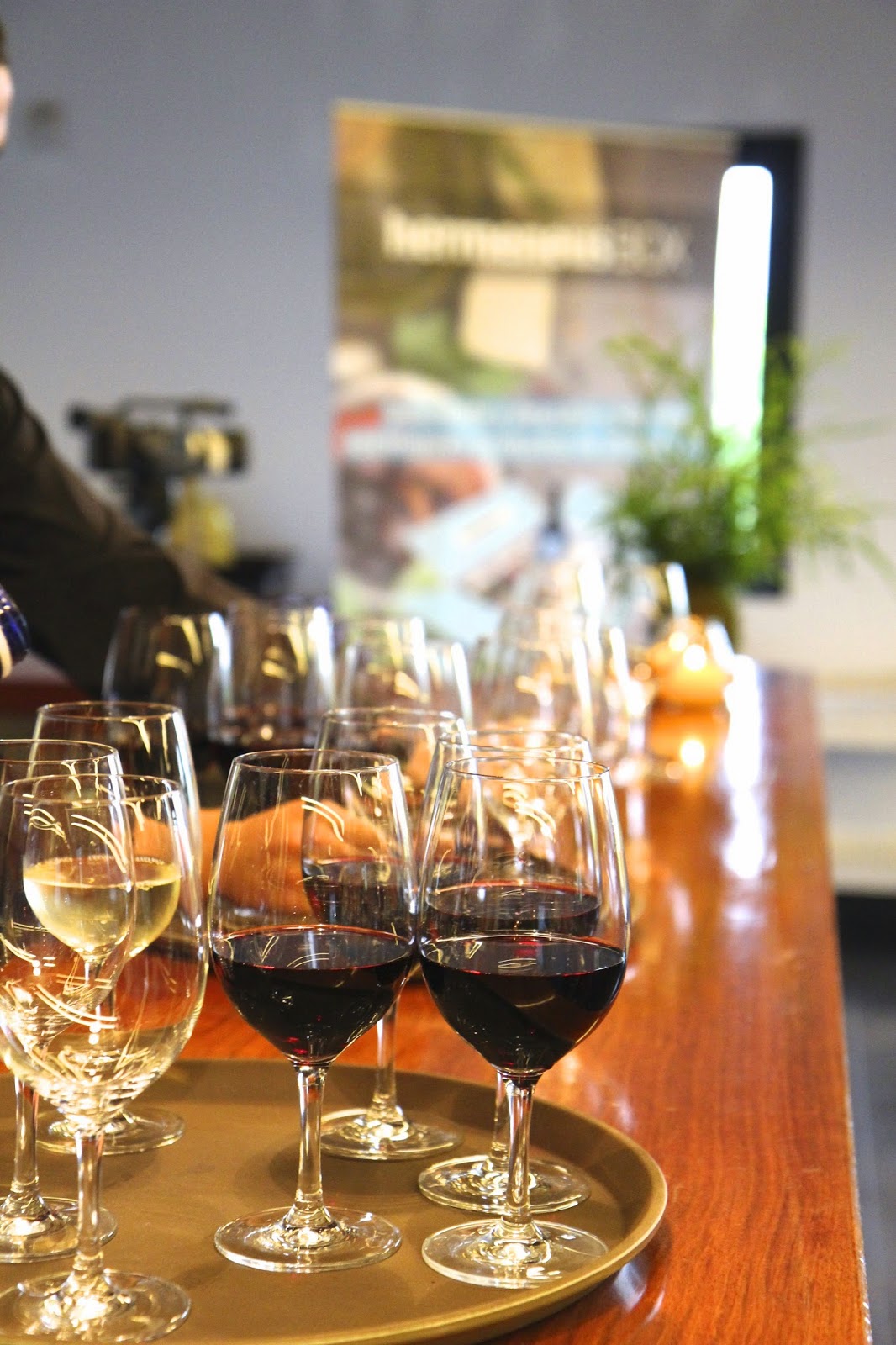 Wine in general these days, I'm not that into, probably because of all the whisky that I drink, which may have conditioned my palate to make wine taste like grape juice.

Beyond all expectation, the food was phenomenal.  The spread, an orgy of tapas.  Ingredients, presumably locally sourced, of the highest caliber.  Across the board, the dishes were expertly cooked, delicately seasoned.  Gorgeously presented.  The menu was thoughtfully conceived, each dish offering something delightfully different, in texture and/or flavor, complementing the others.  My favorite was the fried egg with bolletus (mushroom) cream--so unusual in my experience, no frames of reference, that I can't adequately describe it, just to say that the sauce had a unique woodsy/buttery character that synergized perfectly with the yolk/white contrast of the egg, topped with a sprinkle of chives for a touch of zest.  The entire experience, a series of gastronomic orgasms. 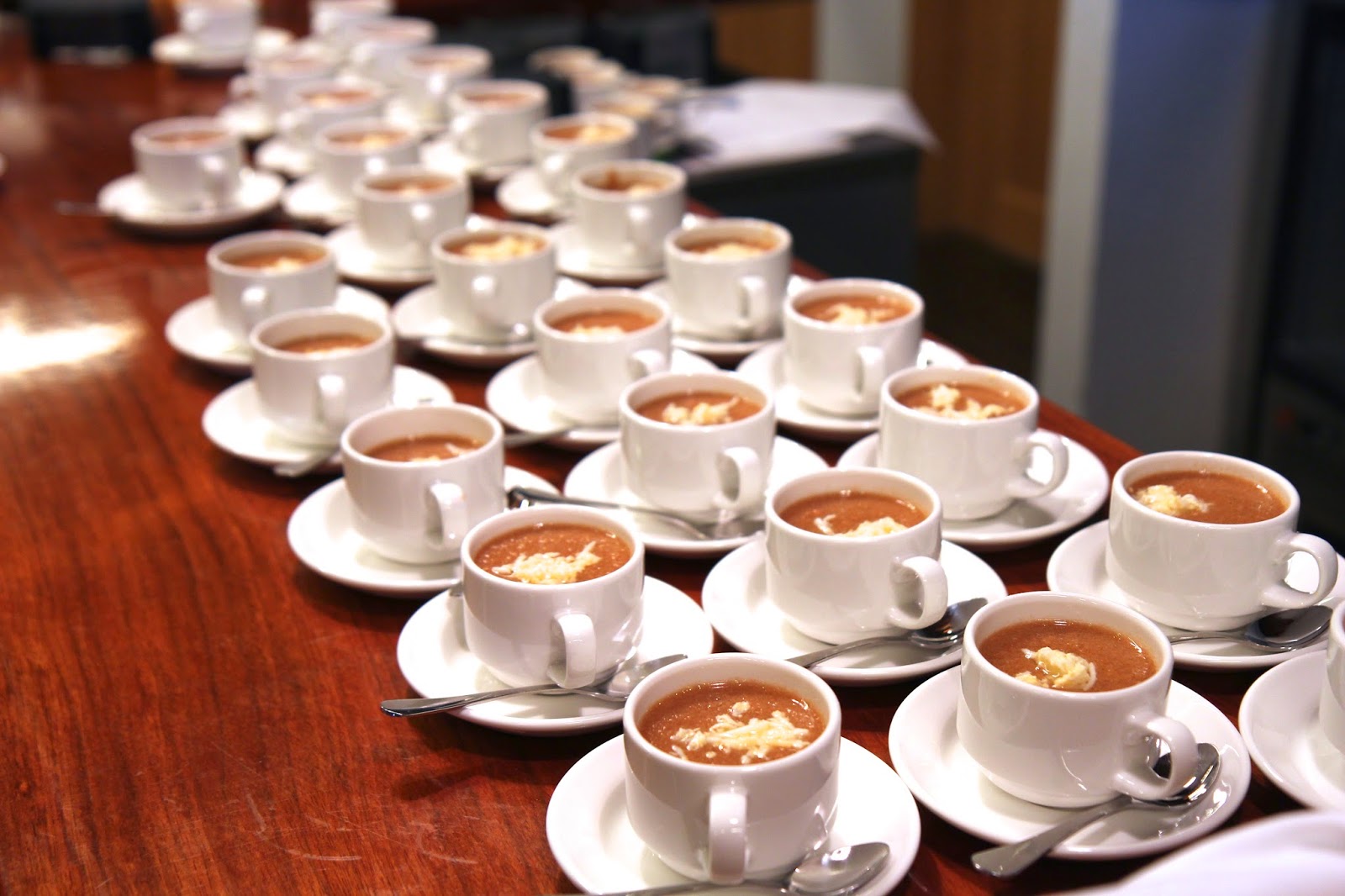 Marmande Tomato Salmorejo with Picual Olive Oil (3.5)--salmorejo is essentially the same thing as gazpacho (see for example 5.081 Home-Cooked Spanish Cuisine...), but heftier/thicker with more bread in the mix. 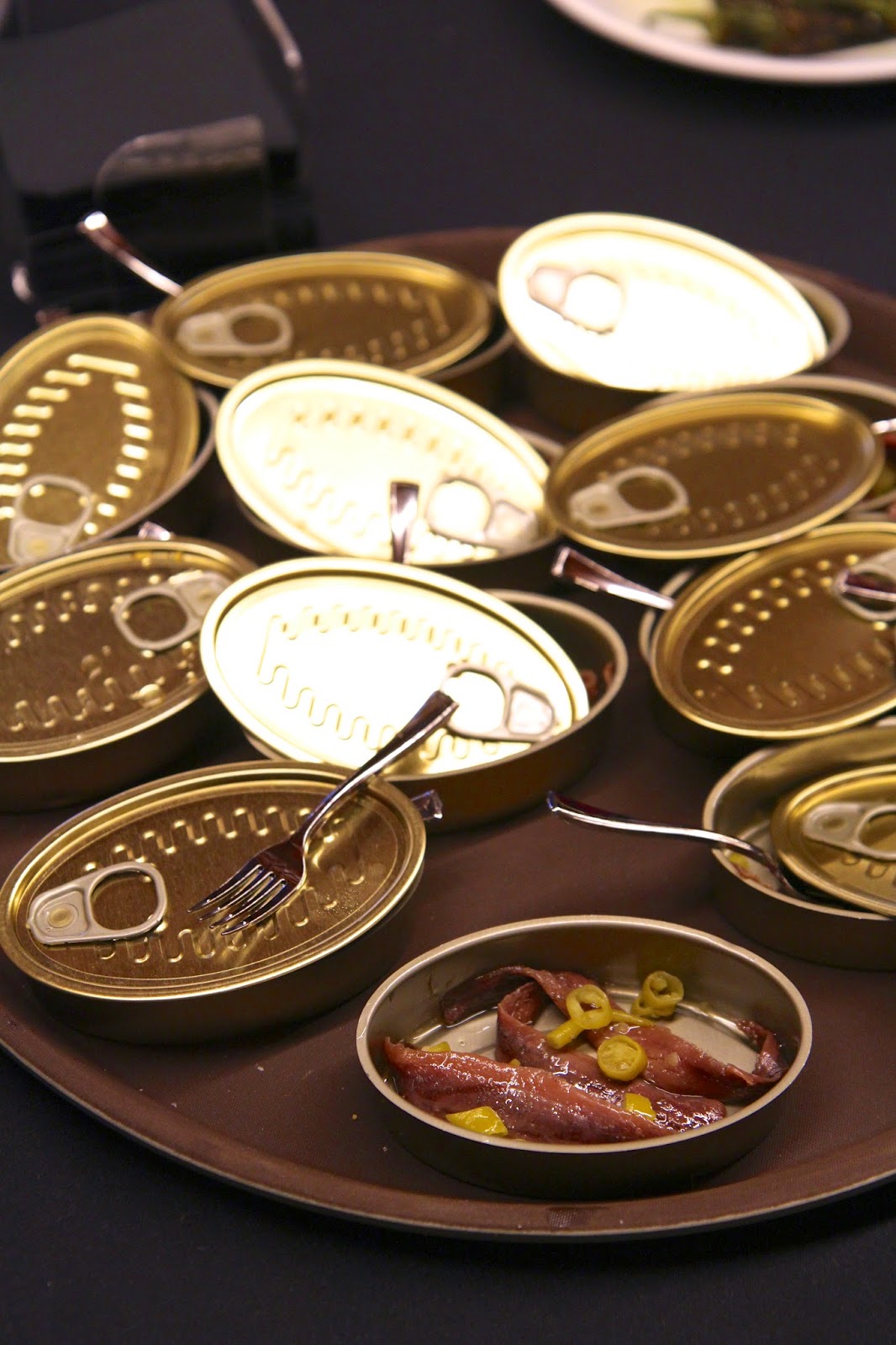 Anchovies with Chili Oil (3.75)--the best anchovies that I've ever experienced: firm flesh, perfect amount of brininess, fishy but in a good way, the inherent oiliness balanced out by the bits of chilies; a strong contender to be the featured dish for this post; I'd never before thought about eating anchovies as a dish in itself, but now I've seen the light. 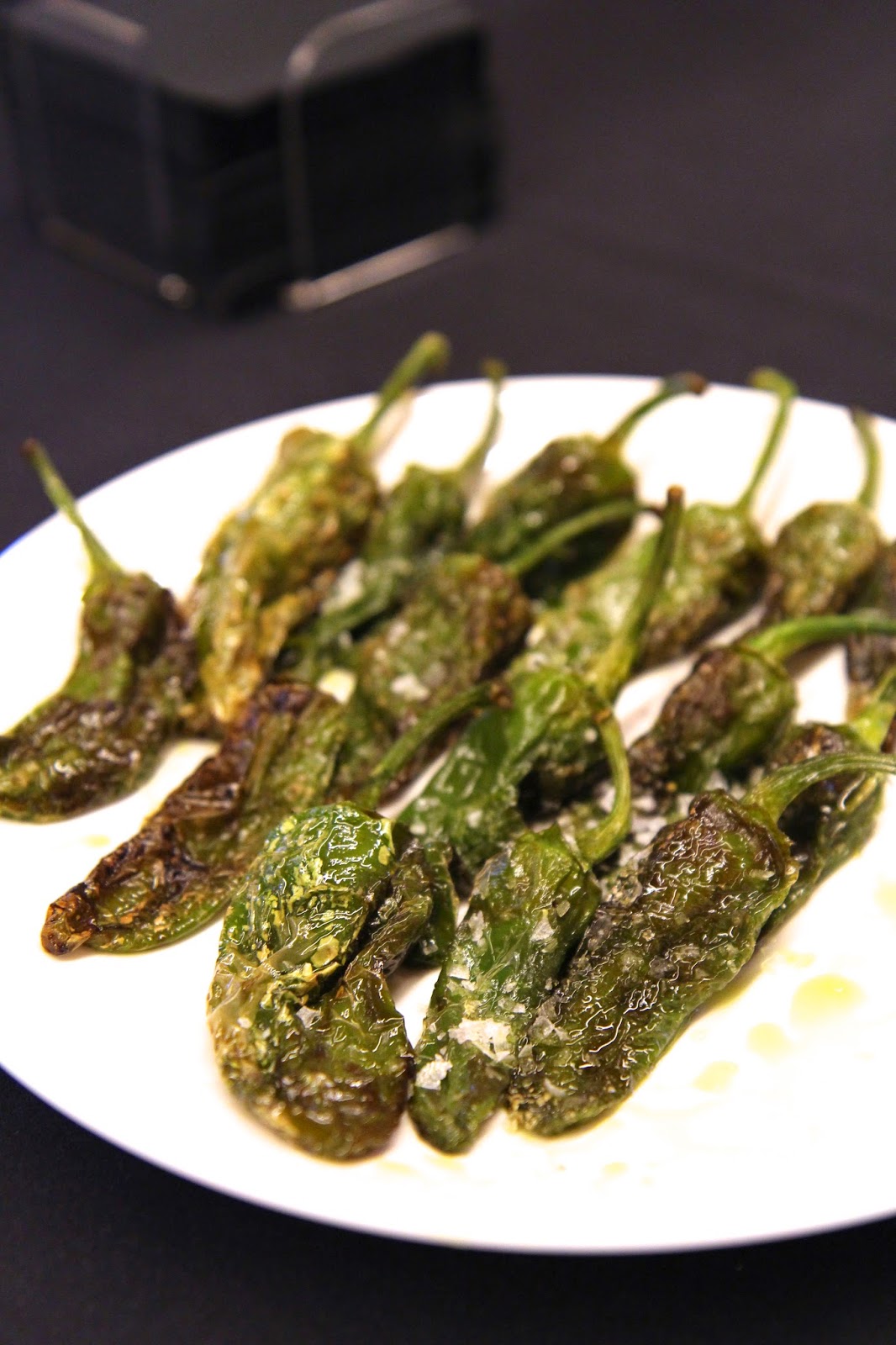 Gernika Peppers (2.5)--great flavor, but the limp texture was off-putting. 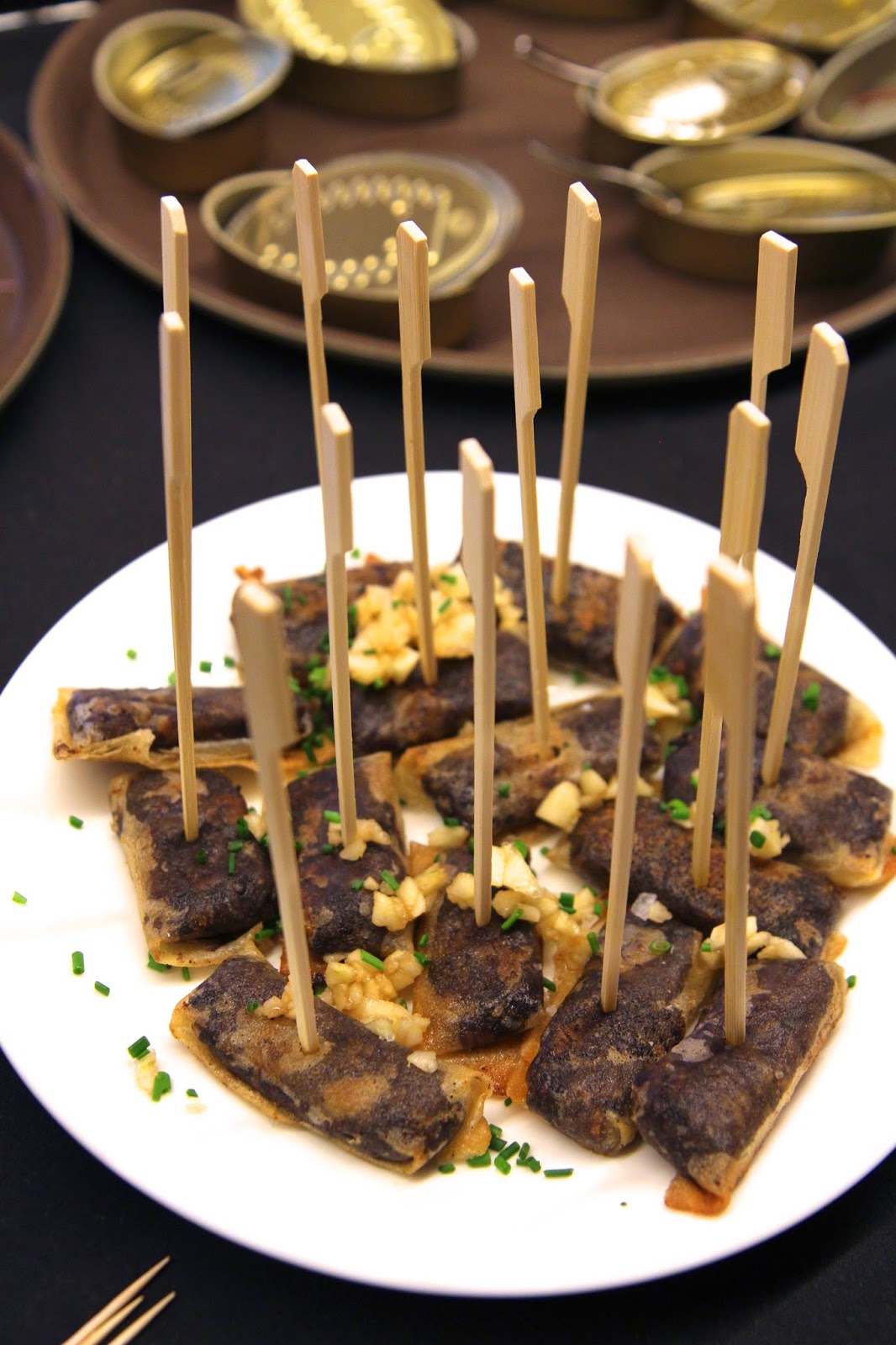 Morcilla Crunchy with Sour Apple Dices (3.0)--deep-fried blood sausages, akin to Korean sundae in theory, but way different in reality, less blood, more rice and meat stuffing, making them taste somewhat like meatballs, quite subtle, didn't even realize what they were until looking at the printed menu. 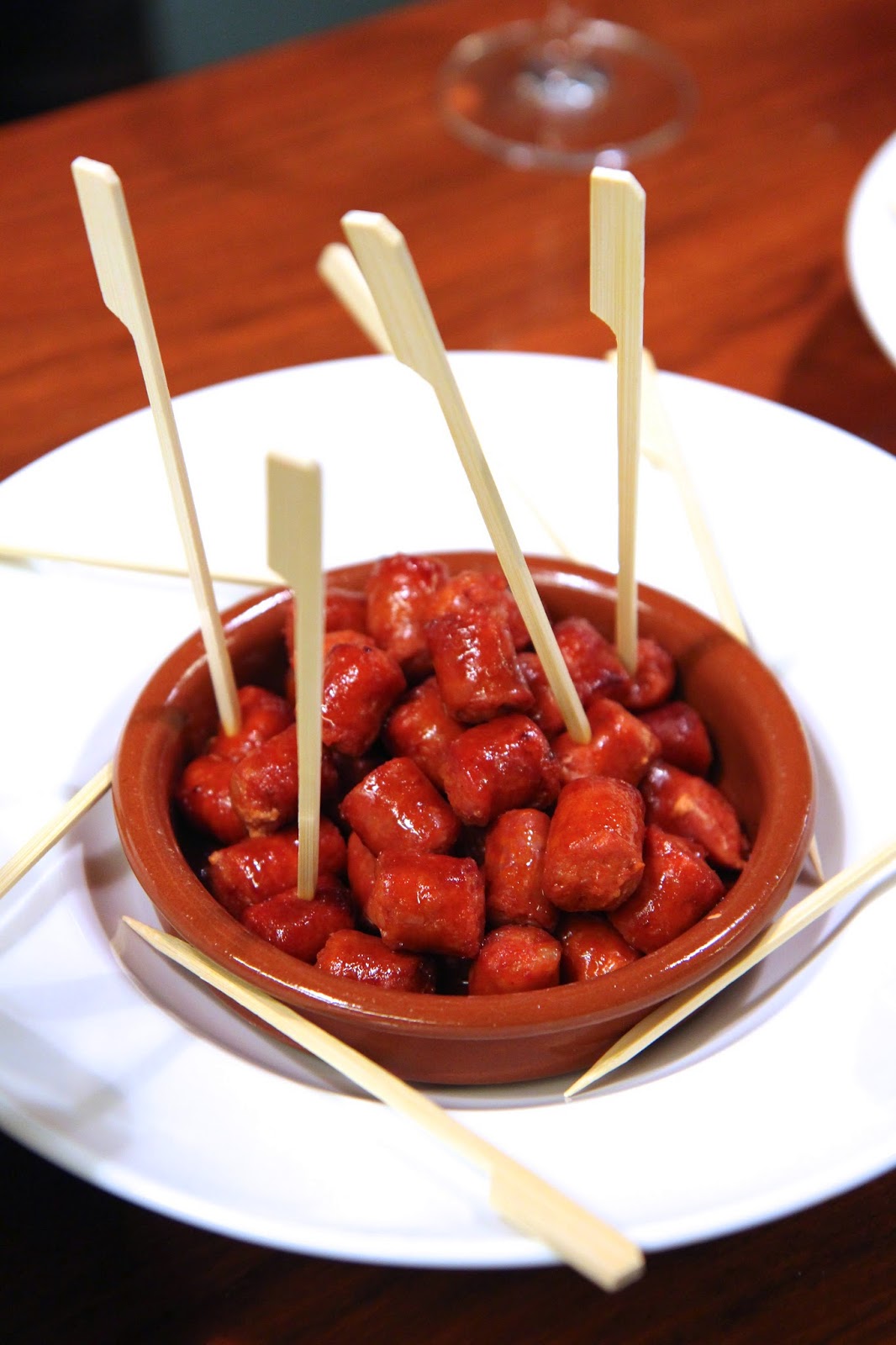 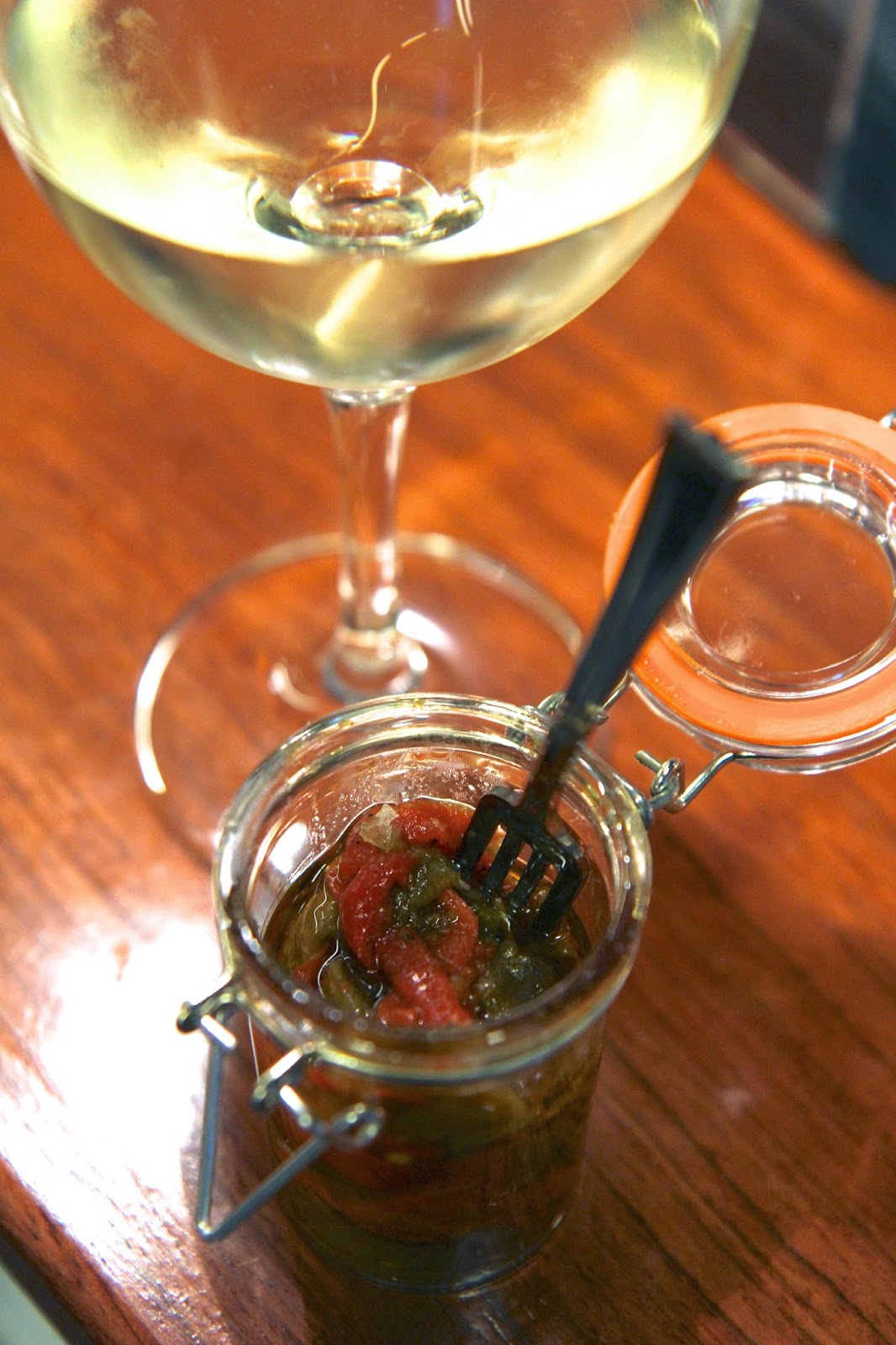 Roasted Pepper with Okondo Chives (3.5)--I'm beginning to associate anything that comes in olive oil with Spanish cuisine. 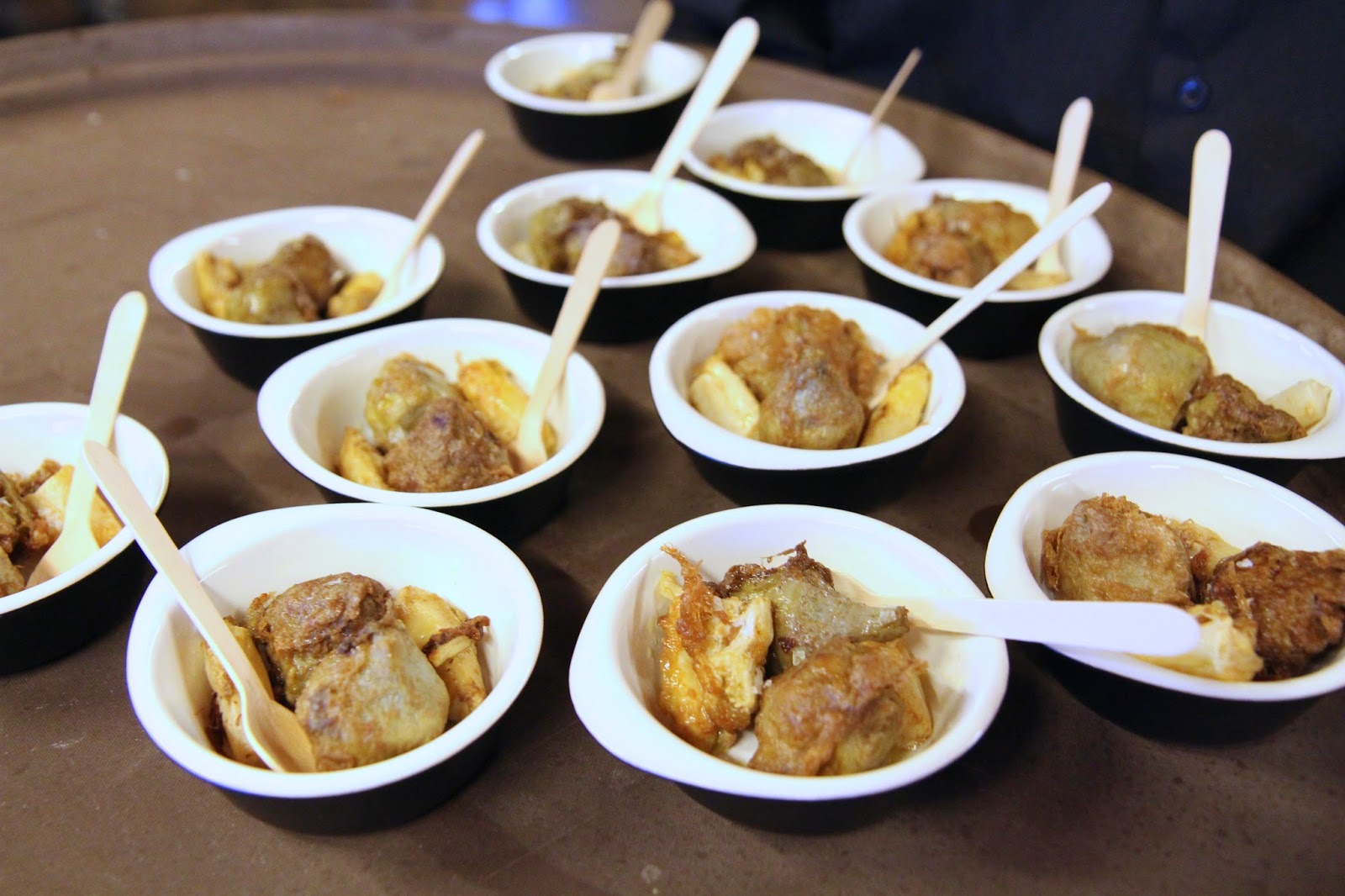 The Breaded Orchard (3.5)--don't know the story behind the name; artichokes and asparagus, coated in egg and pan-fried, essentially like Korean jeon, almost exactly like an Italian dish that I had in Manila (see generally 4.270 The Original - Verena). 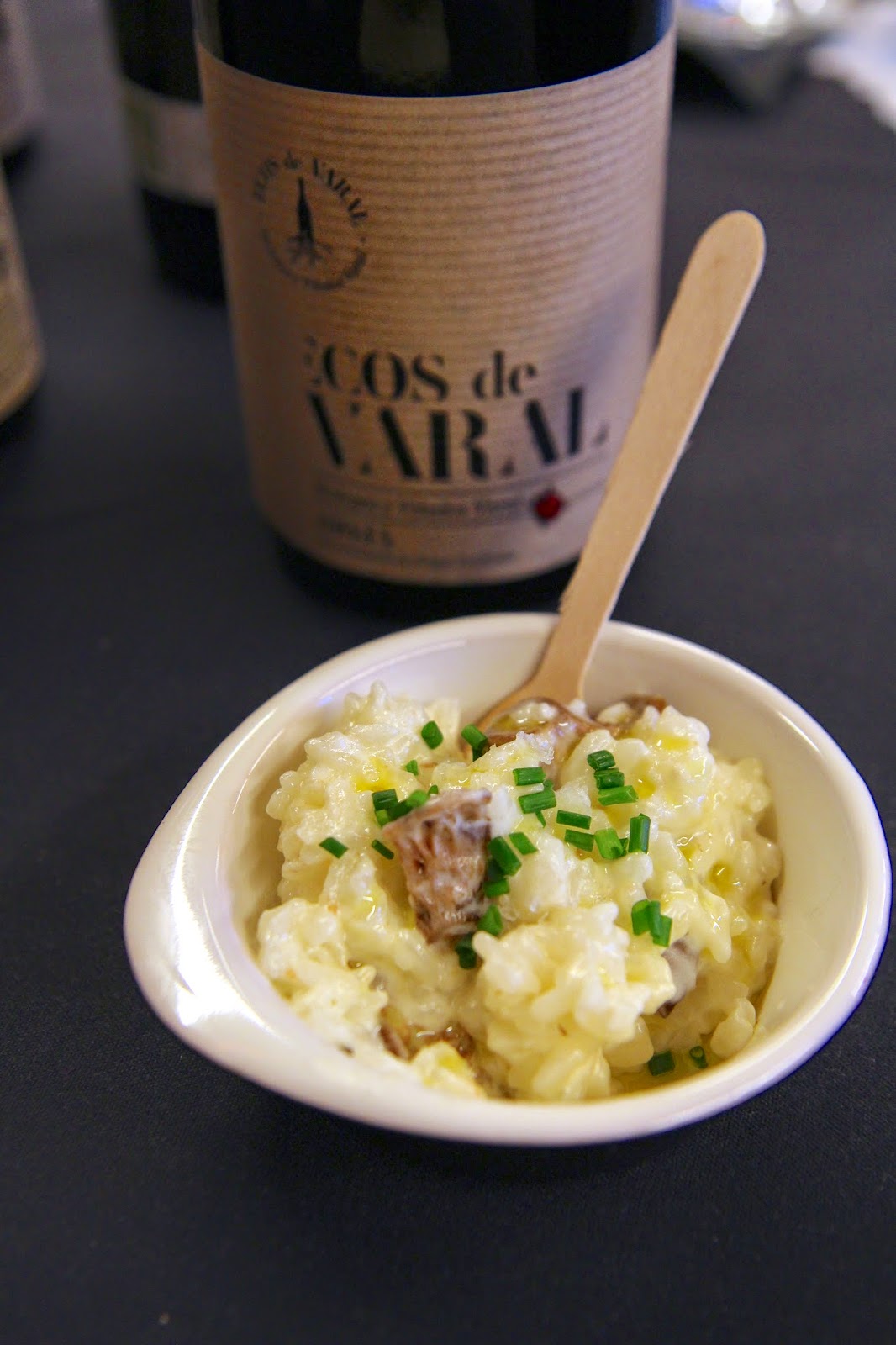 Old Cheese and Niscalo Risotto (2.0)--okay in flavor, but the texture was somewhat dry and chunky, not at all creamy--Spanish style, maybe? 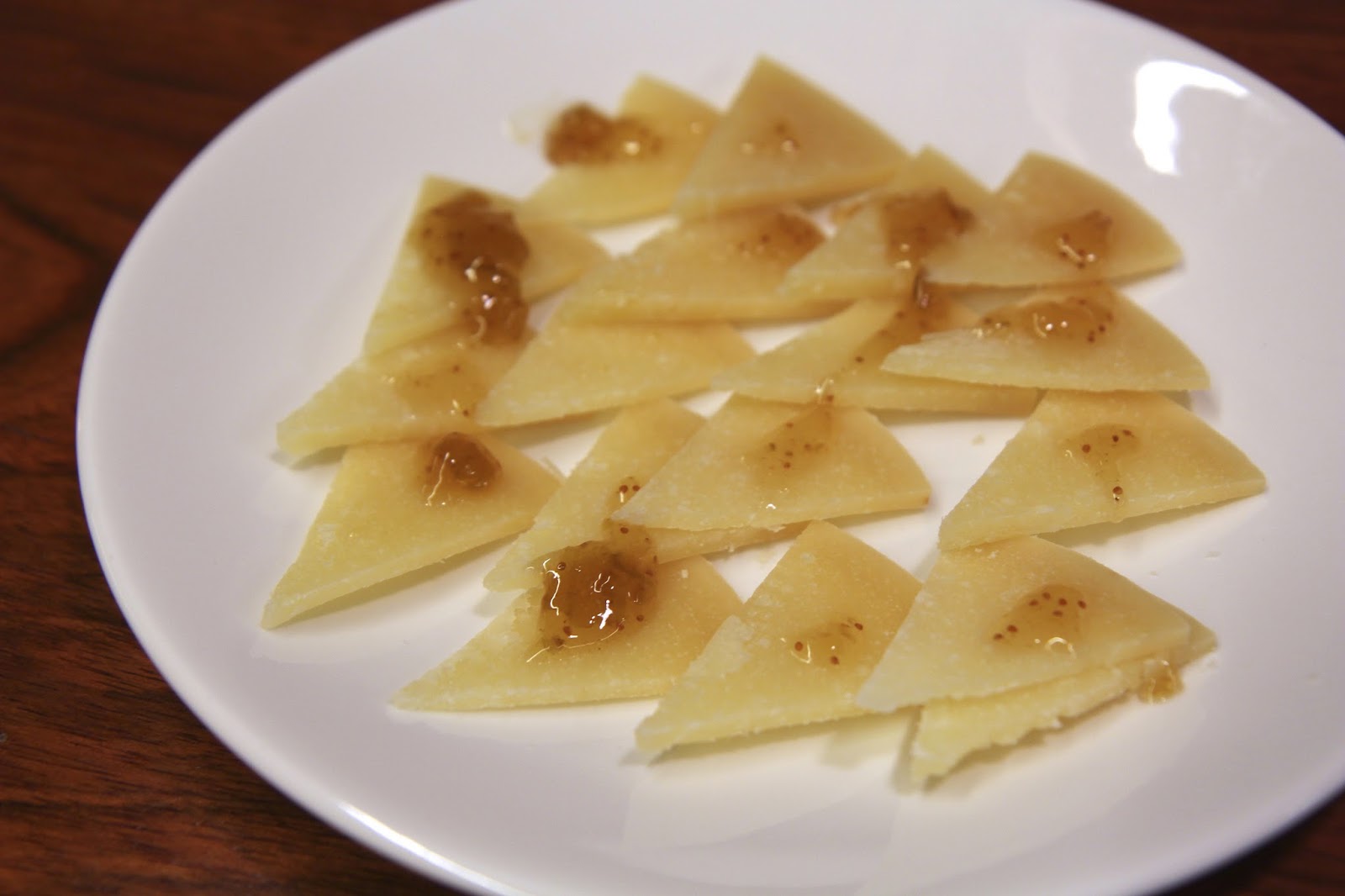 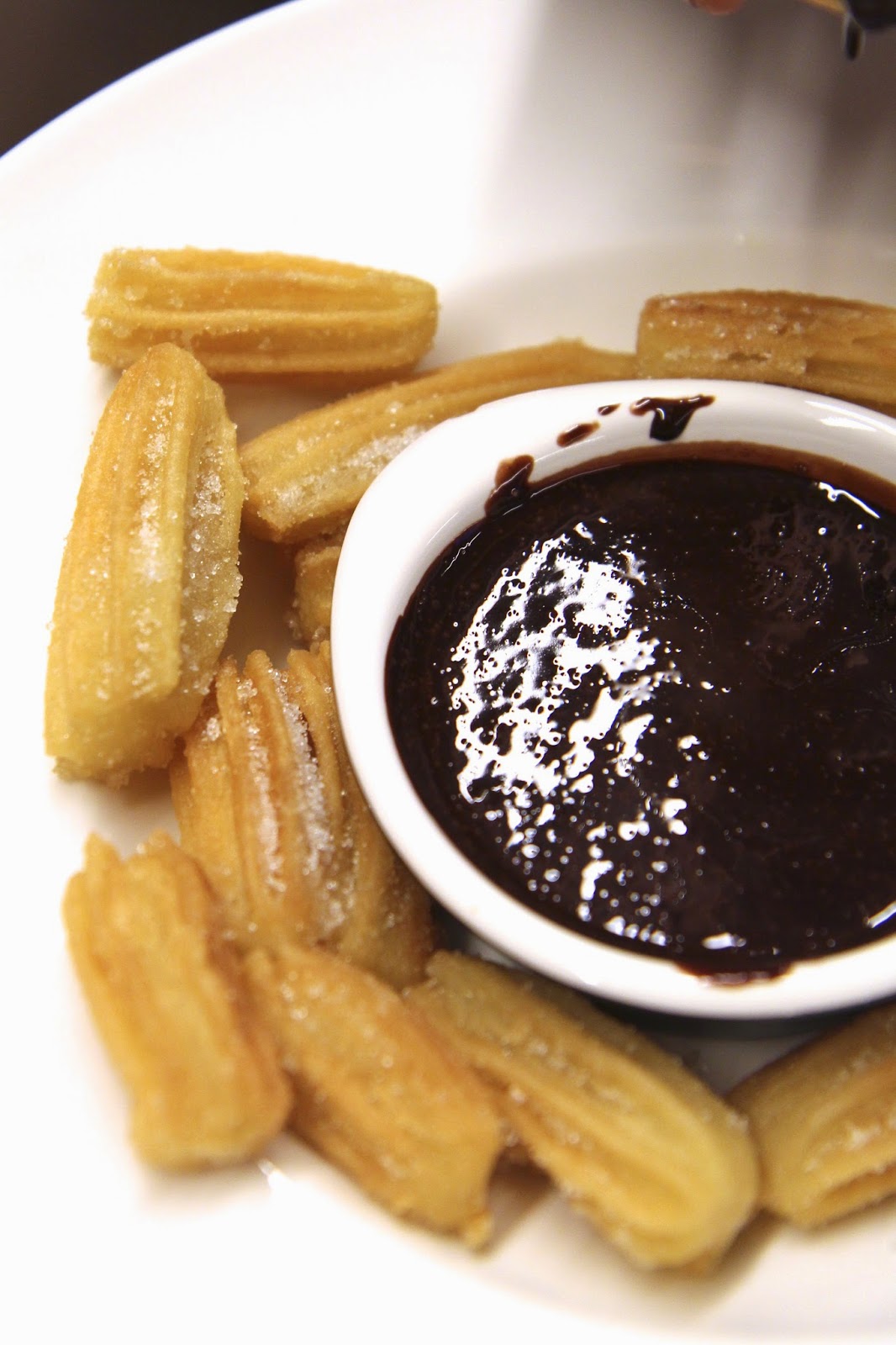 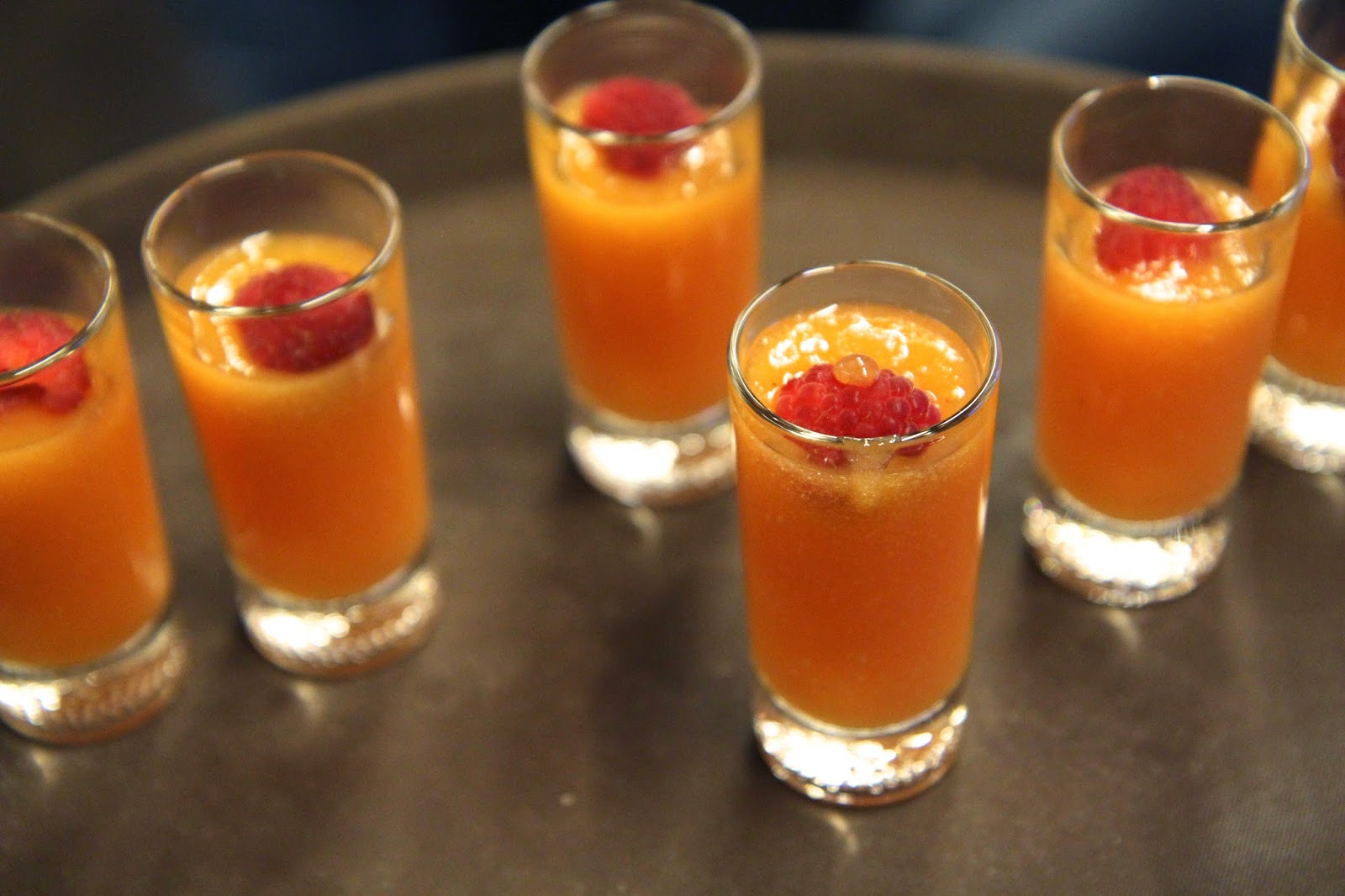 A building theme throughout this week, I'm now beginning to think that Spanish cuisine may be the best in Europe, at least for me.