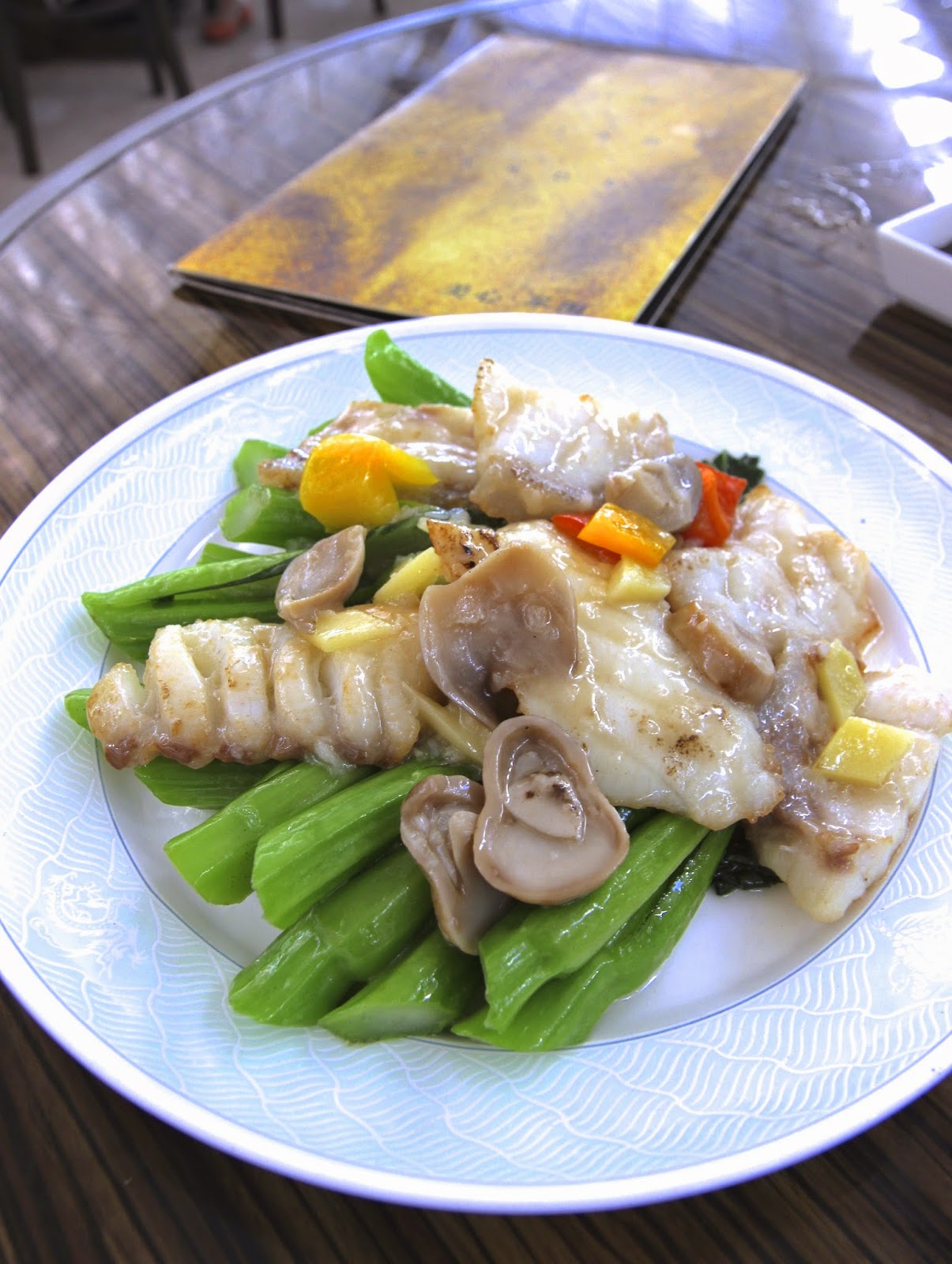 The People's Republic of China is Country 4.

Hong Kong Special Administrative Region is Locale 8.  Just in the airport for a few hours before catching a flight to Manila. 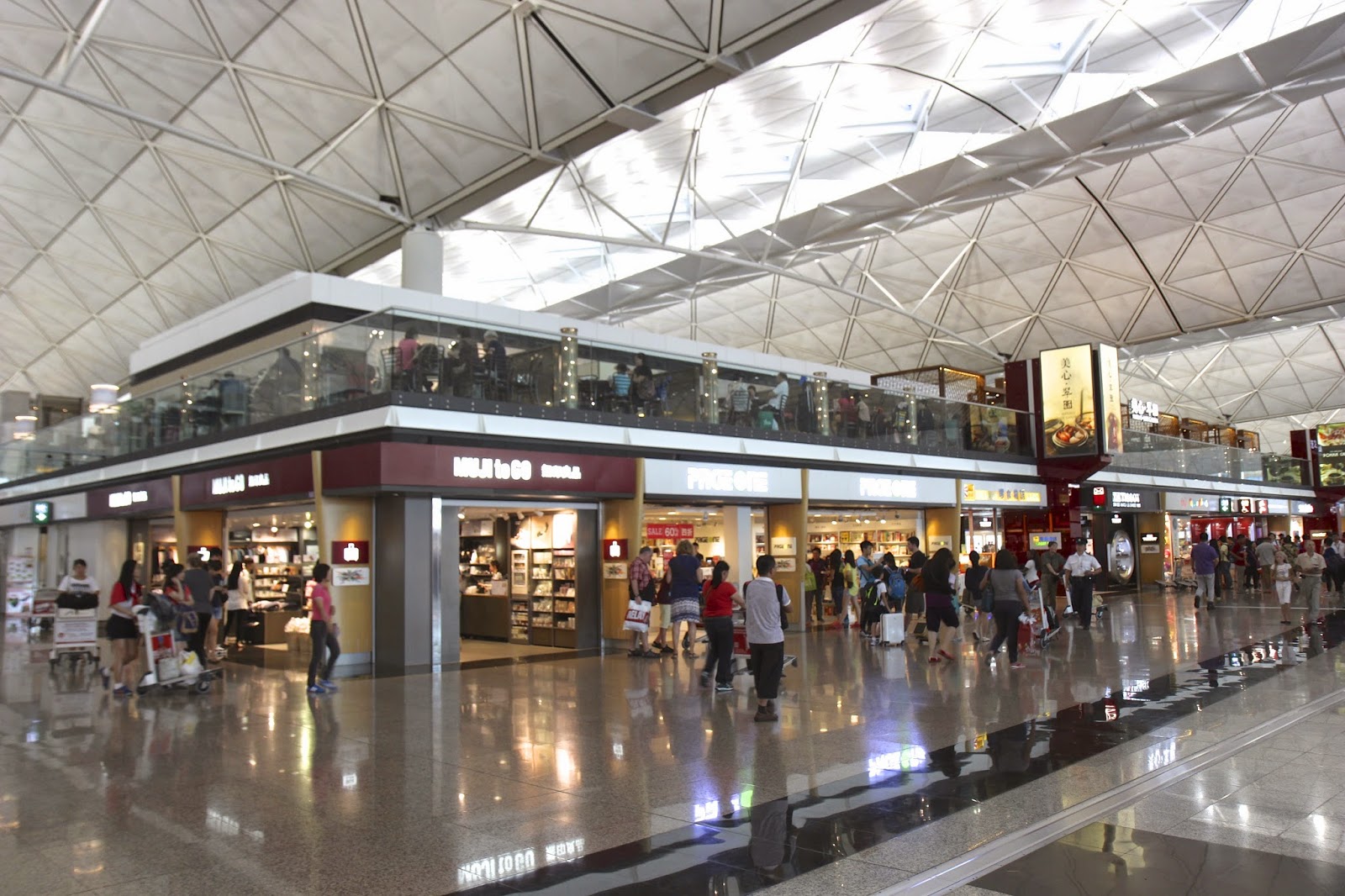 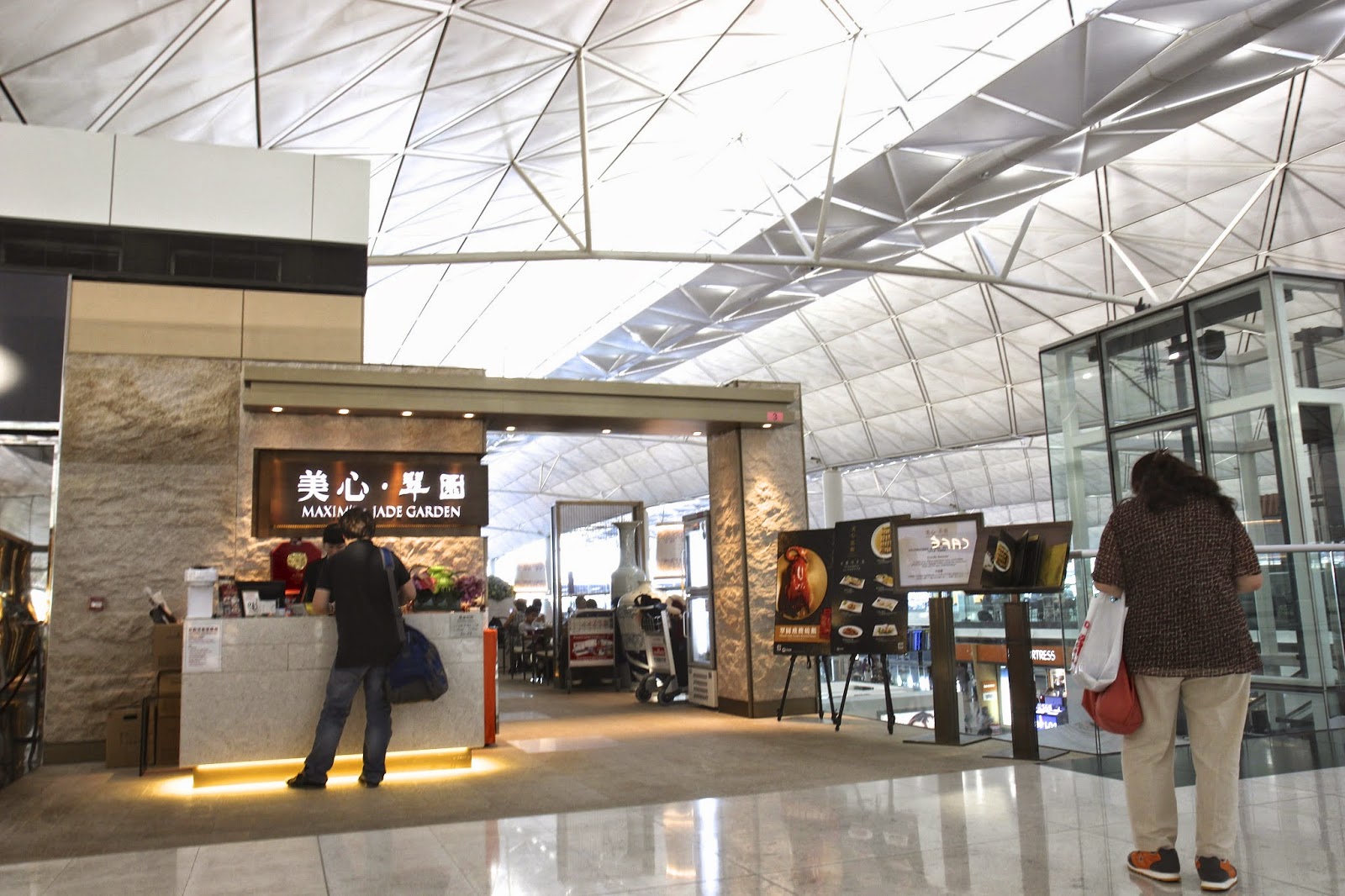 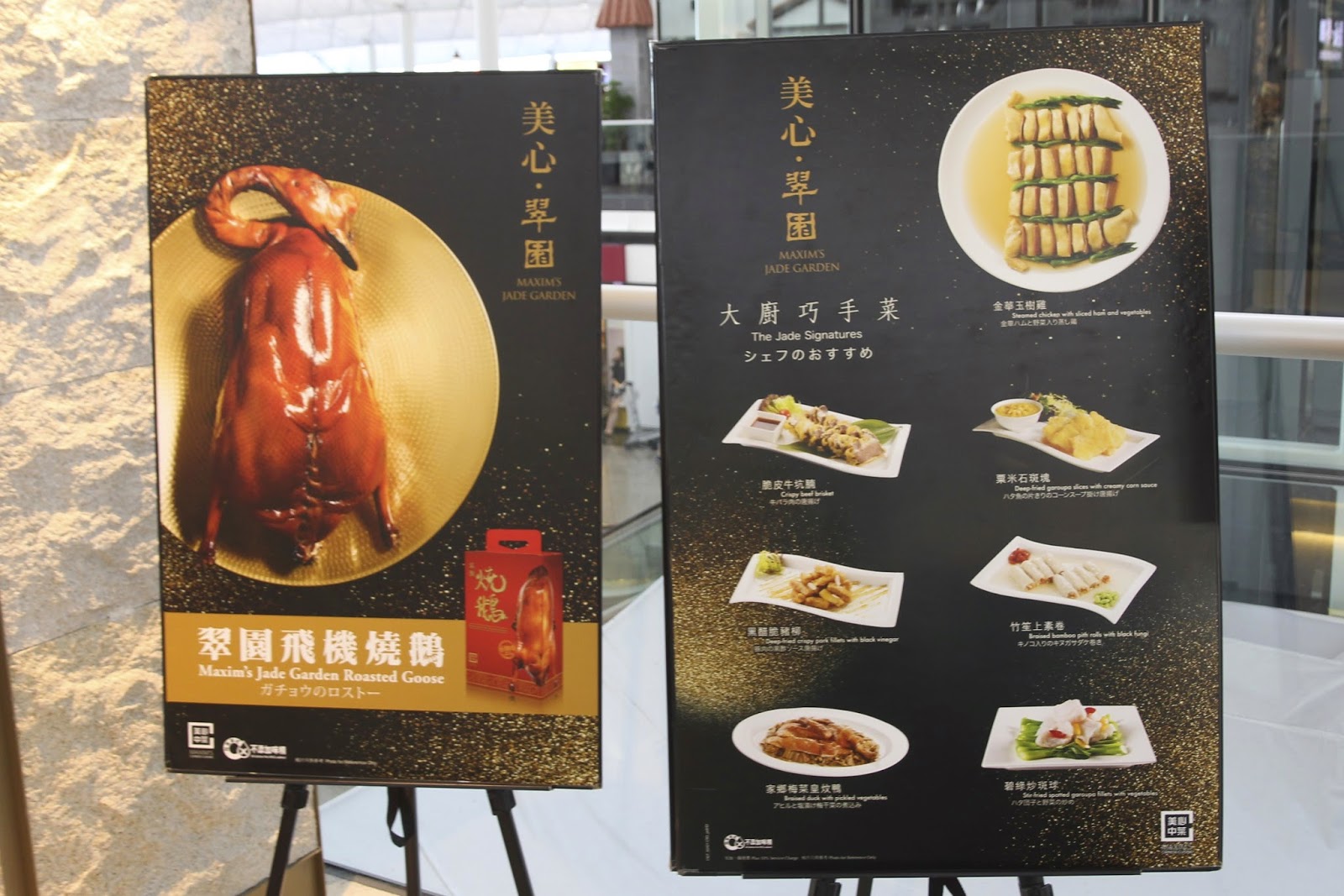 Maxim's Jade Garden is a Chinese restaurant.  Located in the main concourse of Hong Kong International Airport.  Part of Maxim's food & beverage empire, founded in 1956 as a single restaurant, now owning or operating over 840 outlets of various types, restaurants and bars and coffee shops and bakeries, Chinese and Japanese and Thai and Vietnamese and European and American, in Hong Kong, Macau, mainland China, and Viet Nam.  Jade Garden is one of the company's flagship operations, high profile location, leaving a final impression of Cantonese cuisine for those leaving the city.  The food is traditional/mainstream Cantonese, including various dim sum options, roast meats, and seafood dishes. 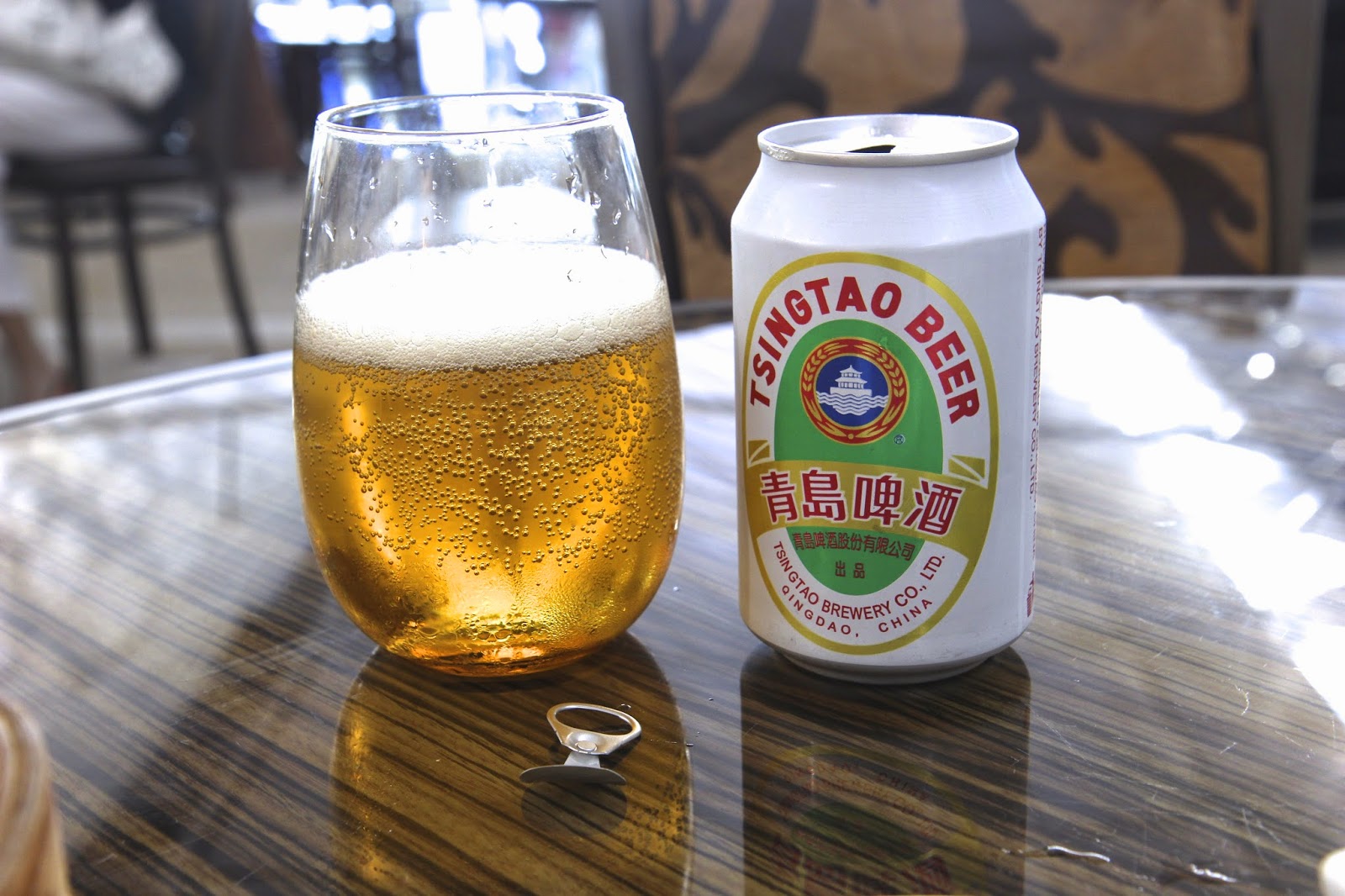 Although I did have enough time to go out into the city for dinner, as I'd done the last time flying through Hong Kong (see previously 16/11-16/11 Hong Kong: Har Gao), I decided to stay put.  First, I was tired.  Second, I hadn't done any research on potential dining locations, so I didn't have anywhere in particular to go.  Finally, I wanted to try Maxim's again (see previously 3.142 Roasted Goose) to confirm whether the memories of my prior experience are accurate. 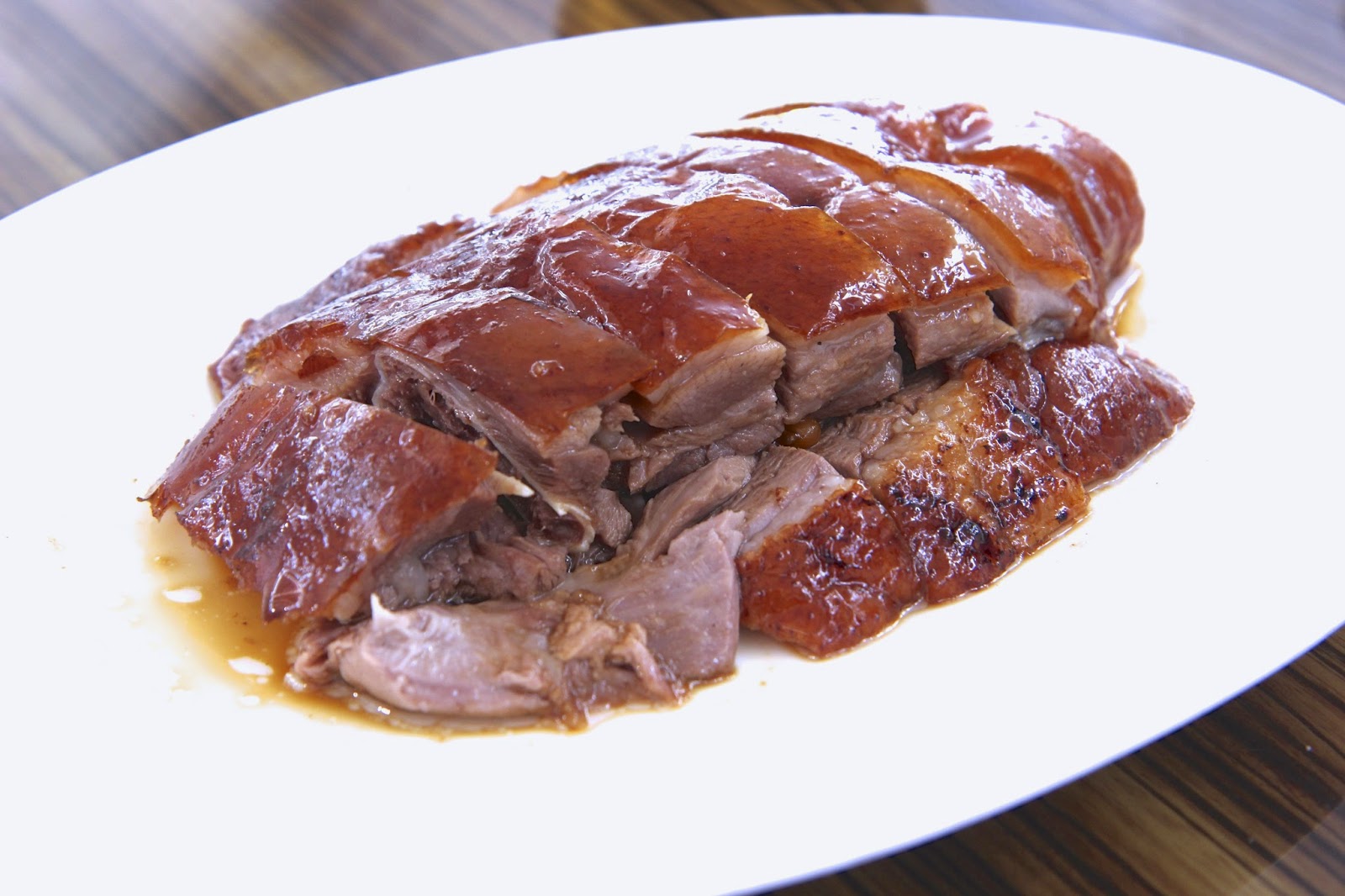 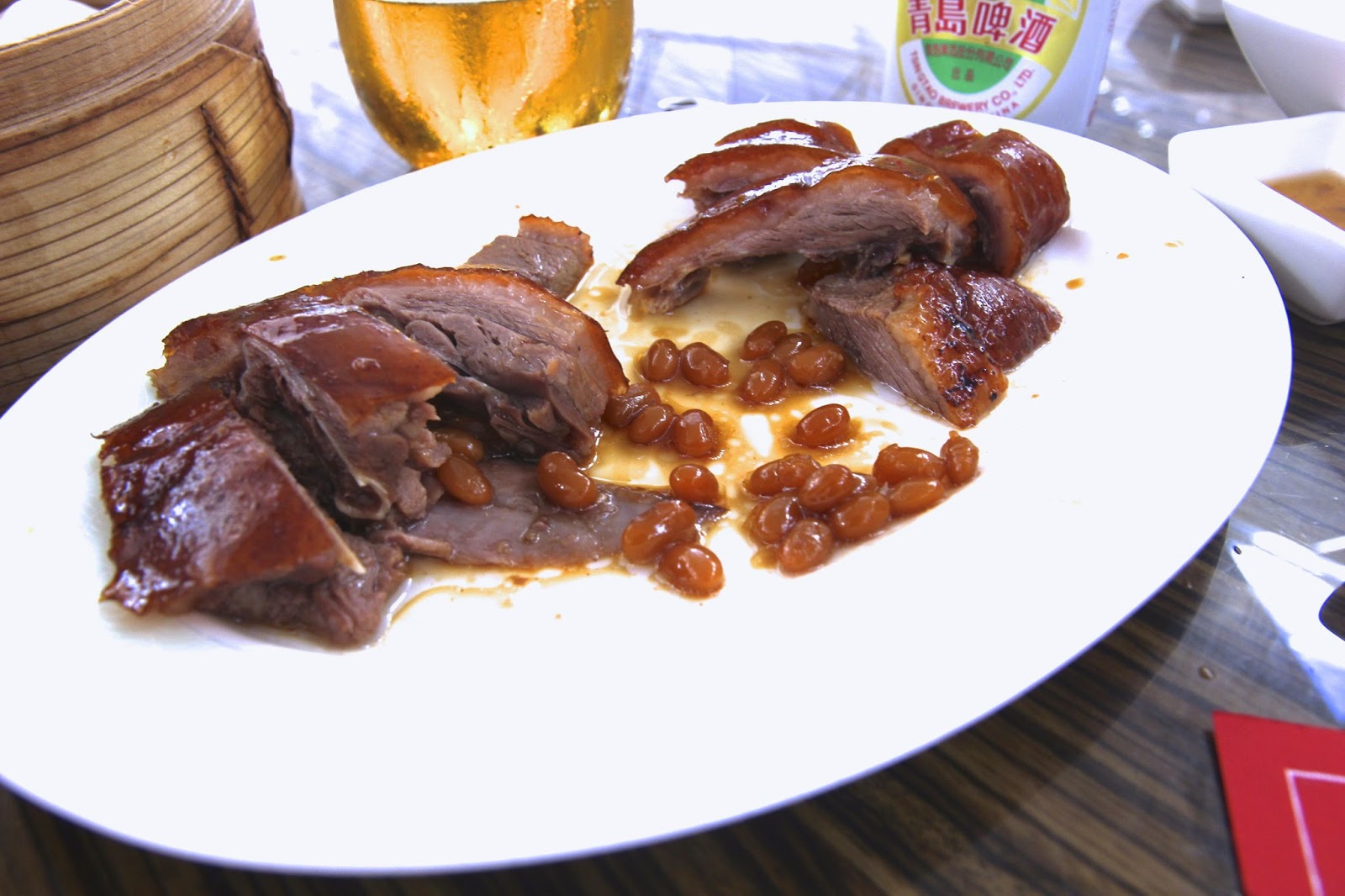 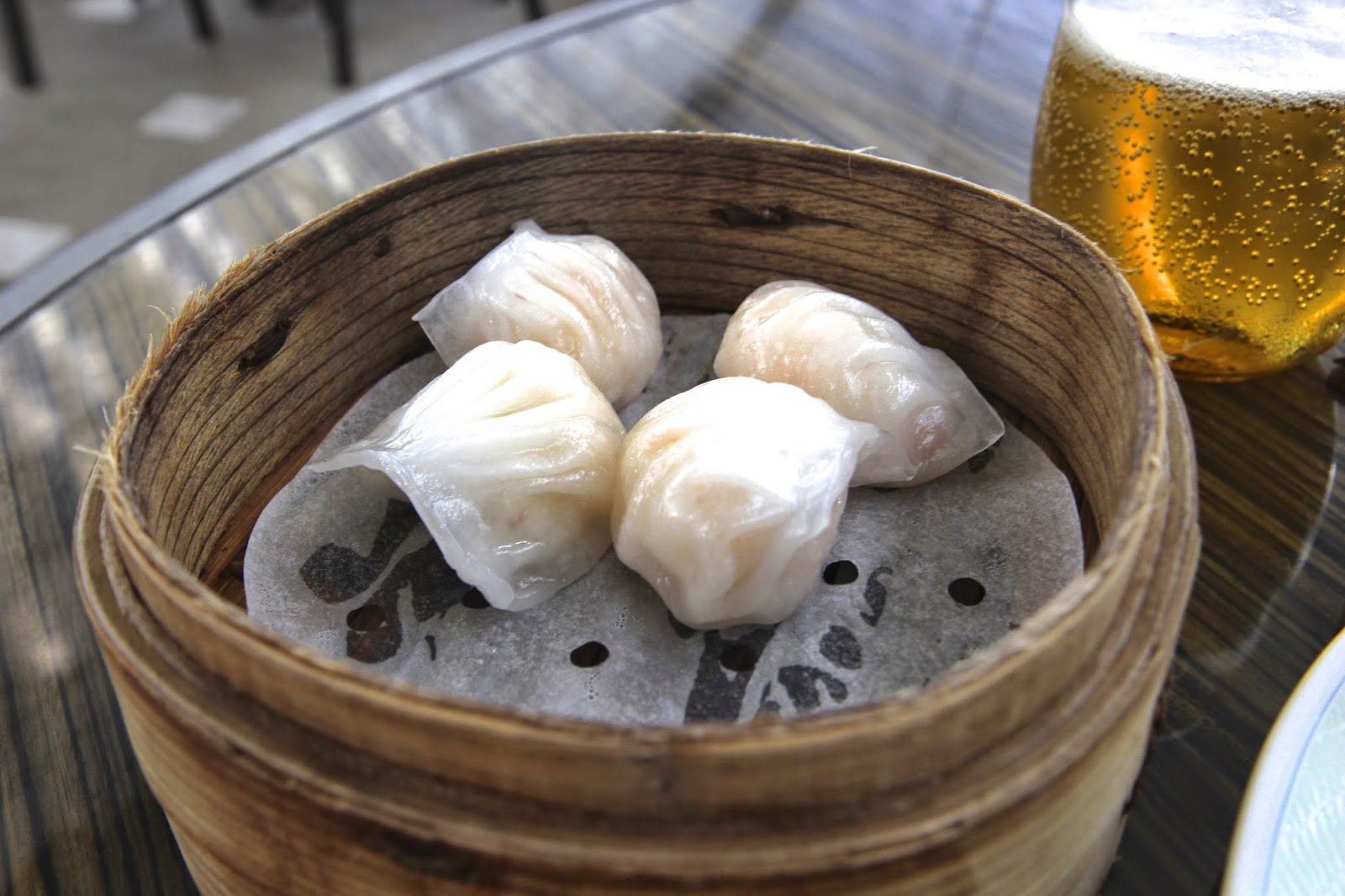 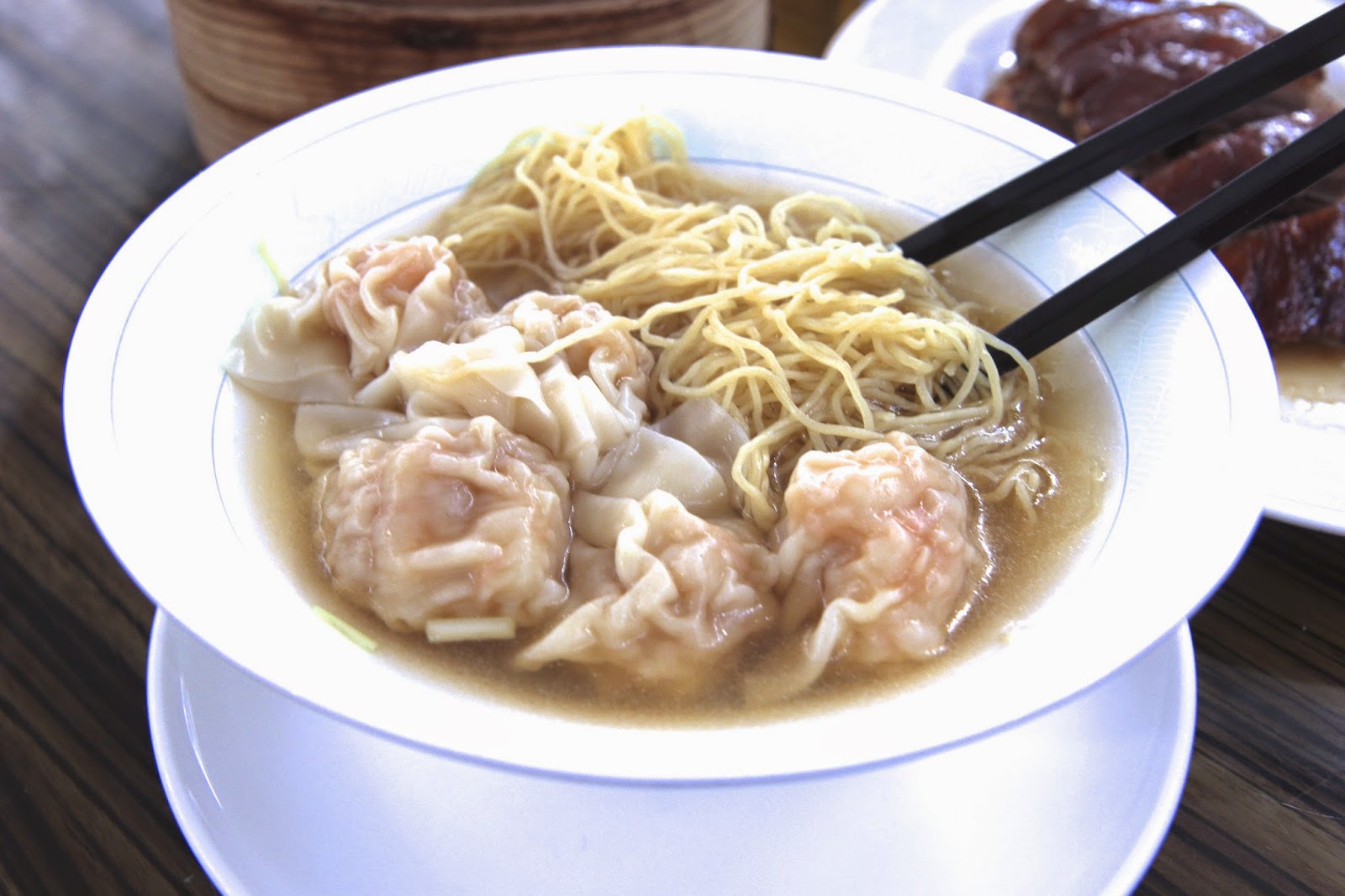 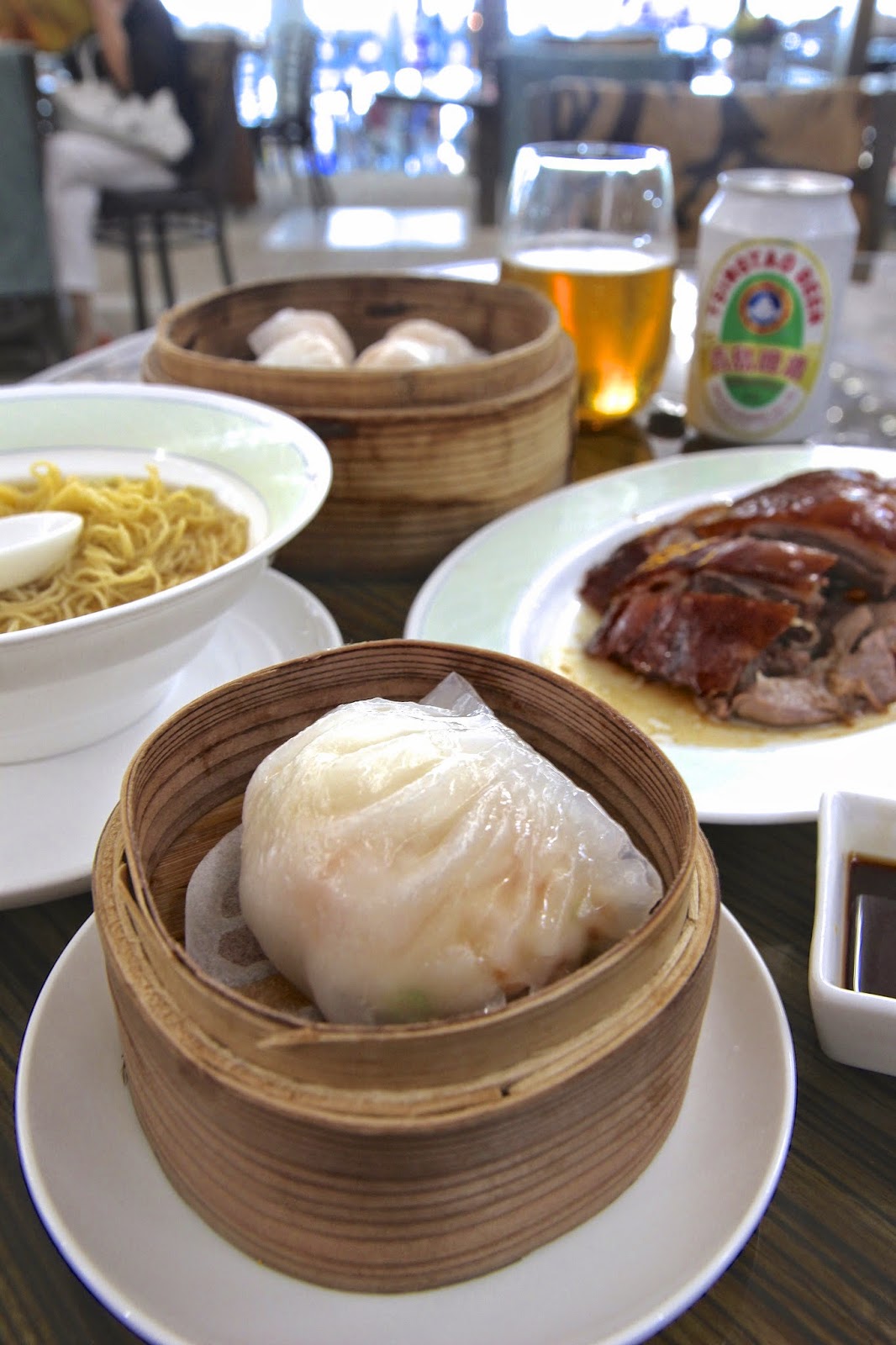 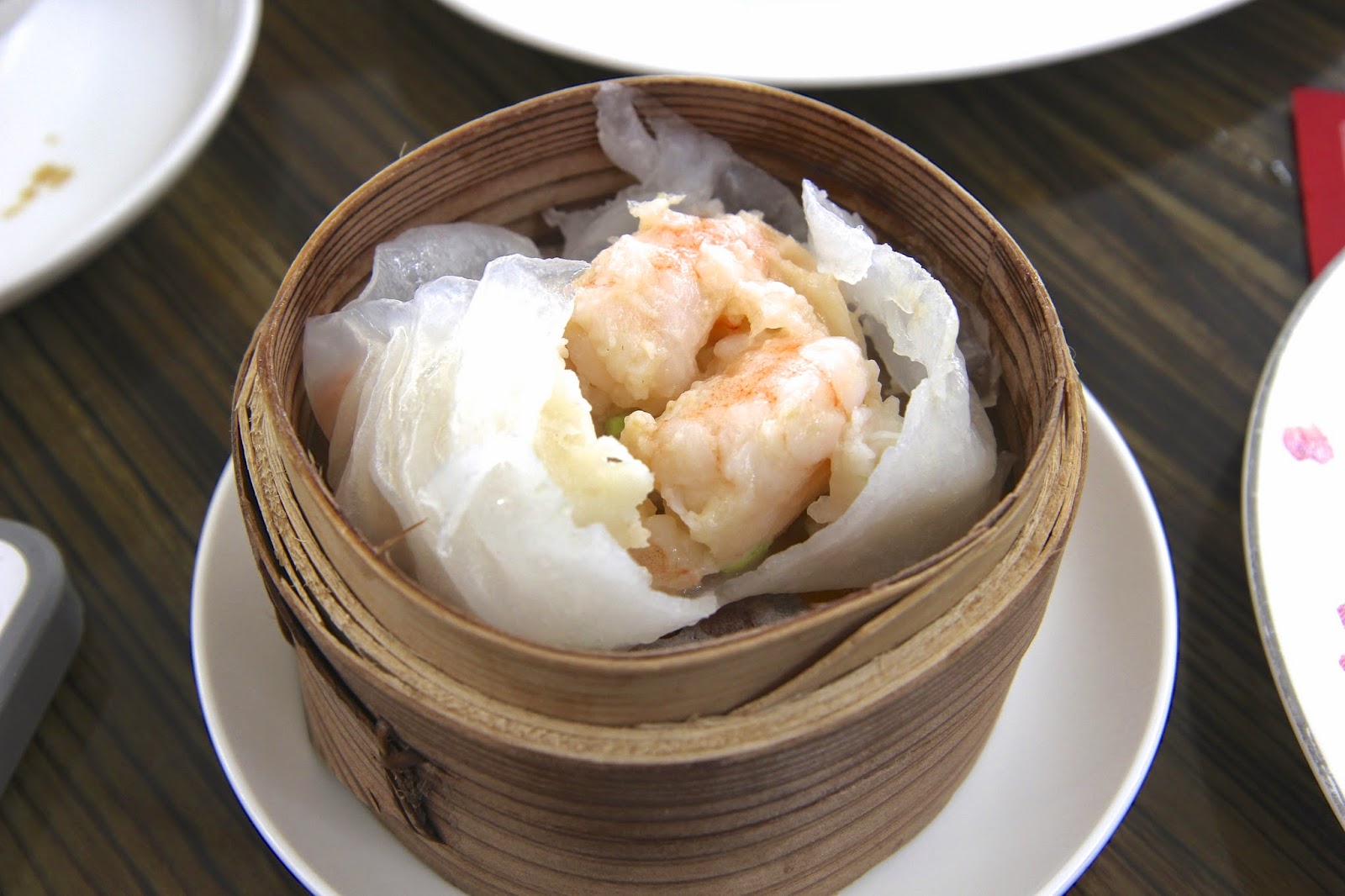 Lobster Dumpling (2.5)--pretty much a giant har gao, with big chunks of shrimp bound together with what may have been minced lobster paste.

The food was indeed as good as I remembered.  Initially, I made the mistake of ordering too many similar kinds of dumplings.  Full but unsatisfied, I ordered another dish, which turned out to be the best of the bunch: fresh garoupa (grouper) and gailan (Chinese broccoli), delicately stir-fried, lightly seasoned, perfectly balanced flavors, classically Cantonese.  In the end, I was very happy.

I may do this, staying in the airport, every time that I fly through Hong Kong, which I anticipate will be quite frequently. 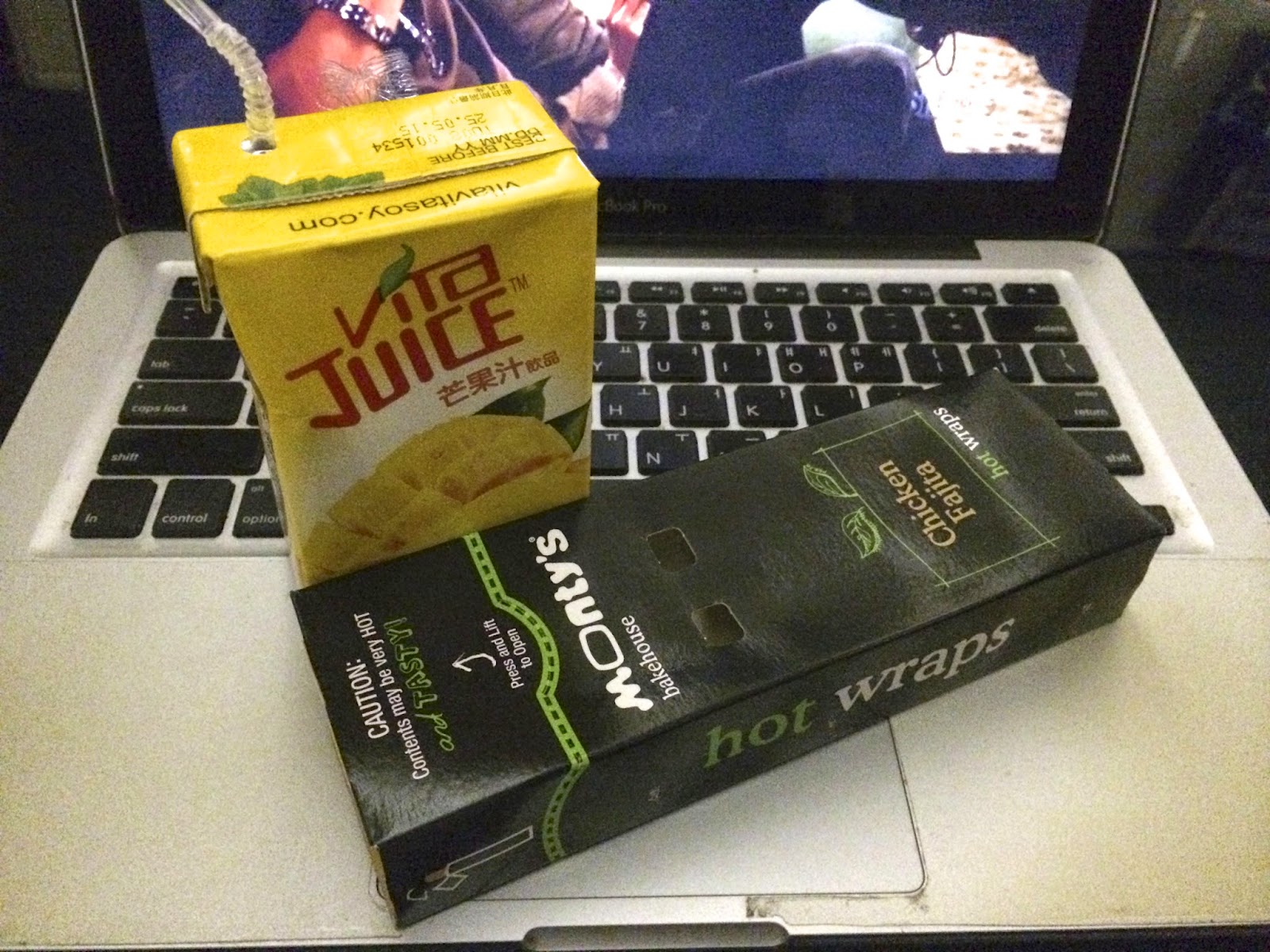 After an empyrean week of feasting on the most exquisite foods, I was brought back to down to earth by the processed crap served, ironically enough, on the flight to Manila--welcome home.