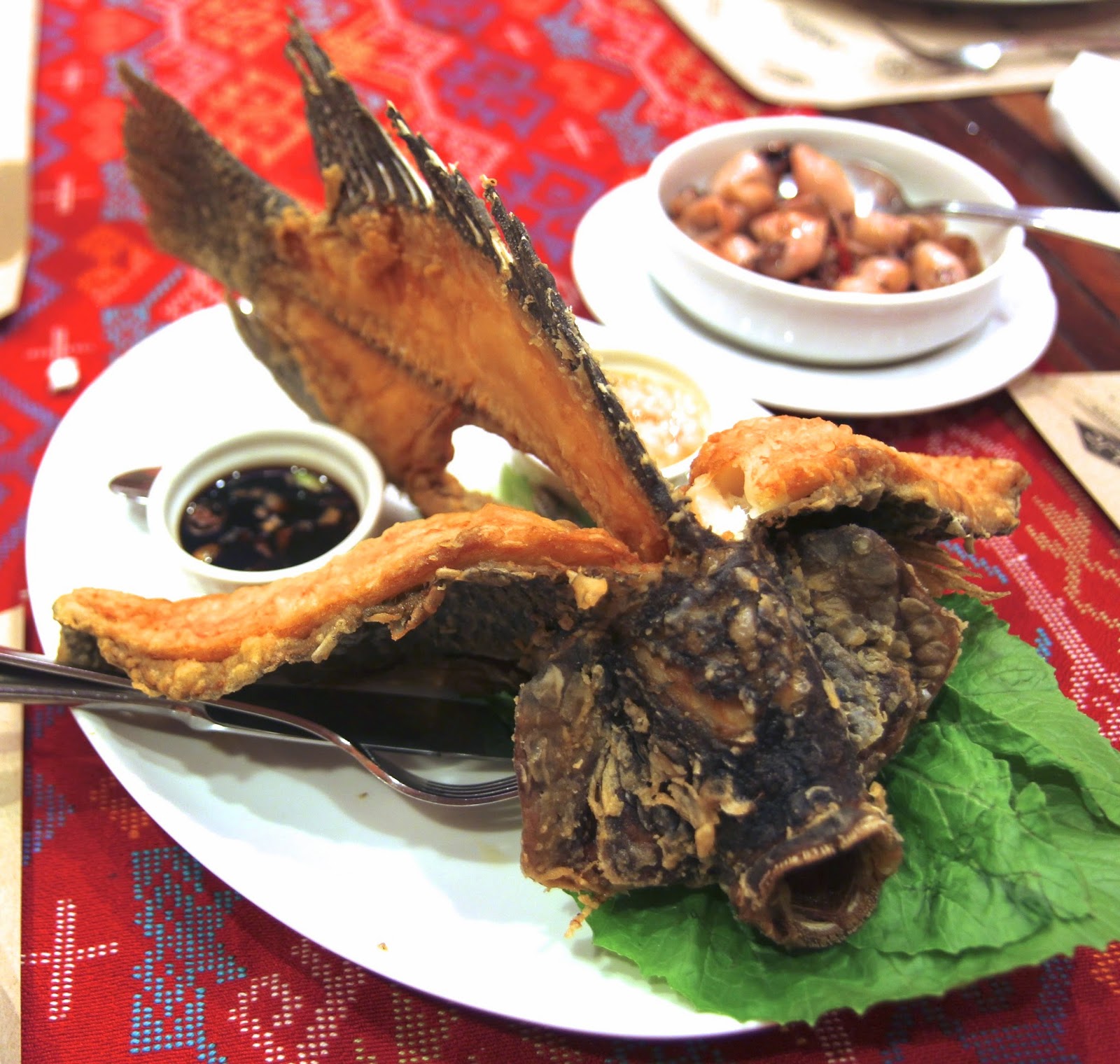 with various WPRO staff and interns


The occasion was a going-away party for Johanna.

The venue was Bistro Remedios (see most recently 5.125 Sinuteng Baby Pusit).
Binukadkad is a Filipino cooking technique.  Literally meaning "to spread with force," it involves taking a whole fish, filleting the body from the spine, but leaving it attached to the head, then dredging everything in flour and seasonings, and deep-frying it in oil, which results in a dramatic visual with the body flared out on either side like wings in motion.  The type of fish varies, though usually one of medium size, making it easier to handle during the cooking process, and not too meaty, making the dish more about crispy skin--i.e., tilapia (pla pla) is a common choice.

The Binukadkad na Crispy Pla Pla was blah blah.  Never been a fan of fish skin.