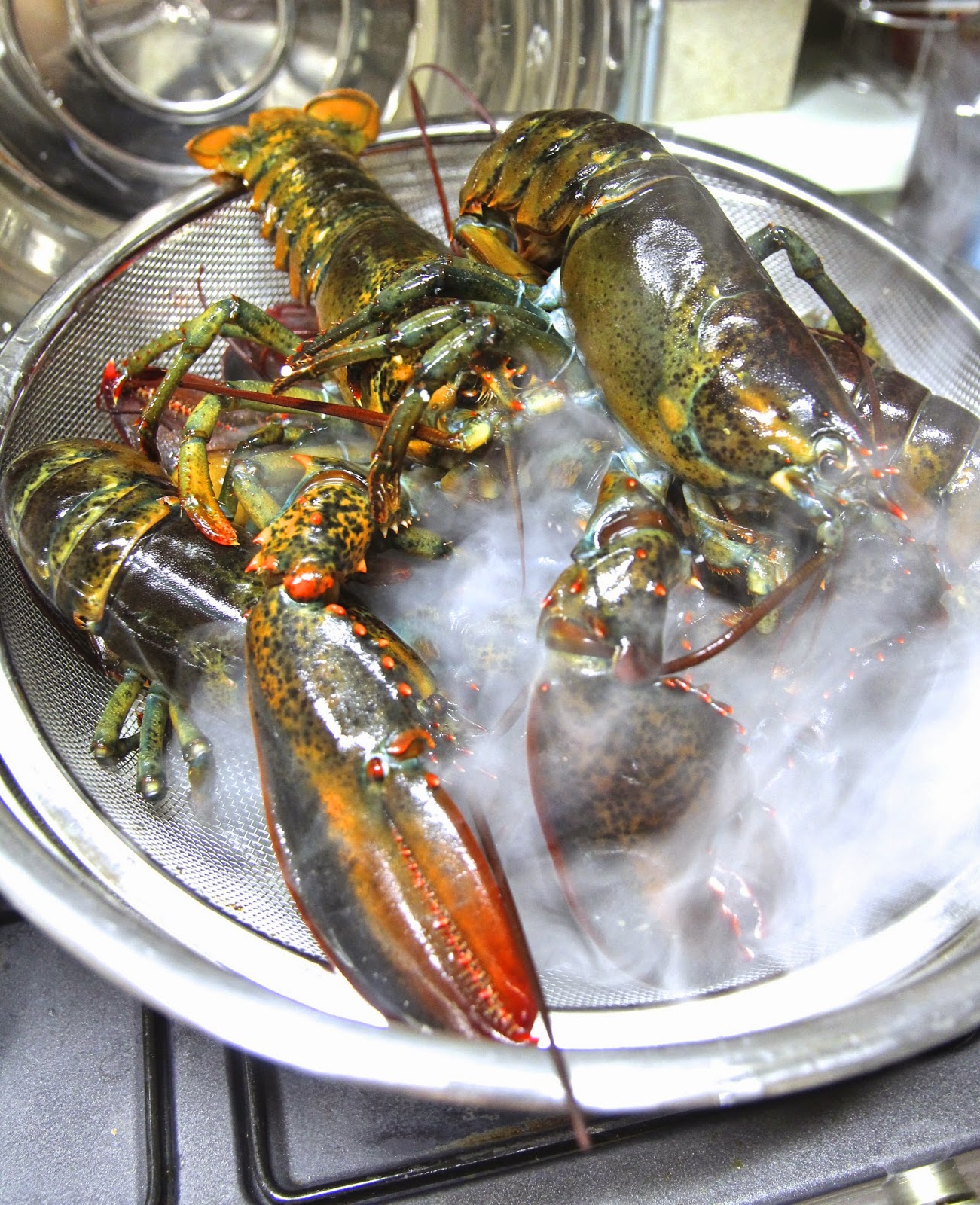 
The Prodigal Son Returns to Celebrate His Father's and Father-in-Law's 70th Birthdays: Day 1.

In modern Korean culture, the 70th birthday is a big deal.  It used to be the 60th, back when attaining such a ripe old age was a milestone worth celebrating.  But now that most people live well beyond 60 no sweat, the emphasis has shifted to the 70th.  Come to think of it, 70 isn't much a challenge anymore either, so the party really should be pushed to the 80th.  I suspect, however, that everyone's implicitly agreed to keep it at 70 because, let's be honest, nobody's going to have much fun at a party where the guest of honor is 80.  Traditionally, the event is a huge feast with extended family and surviving friends in attendance, sometimes with tributes and musical performances and group photos, etc., kinda like a wedding.  These days, the celebrations tend to quieter affairs, just an intimate dinner in a nice restaurant with close family.

My father and father-in-law were both born in 1945,* so we had to arrange for two 70th birthdays this year.  Due to various logistical issues, the only time that we could celebrate both, reasonably within the actual days, was this weekend, back-to-back.  First, Saturday lunch** for the father-in-law.  Then, Sunday dinner*** for the father.  Fortunately, both opted for the low-key version. 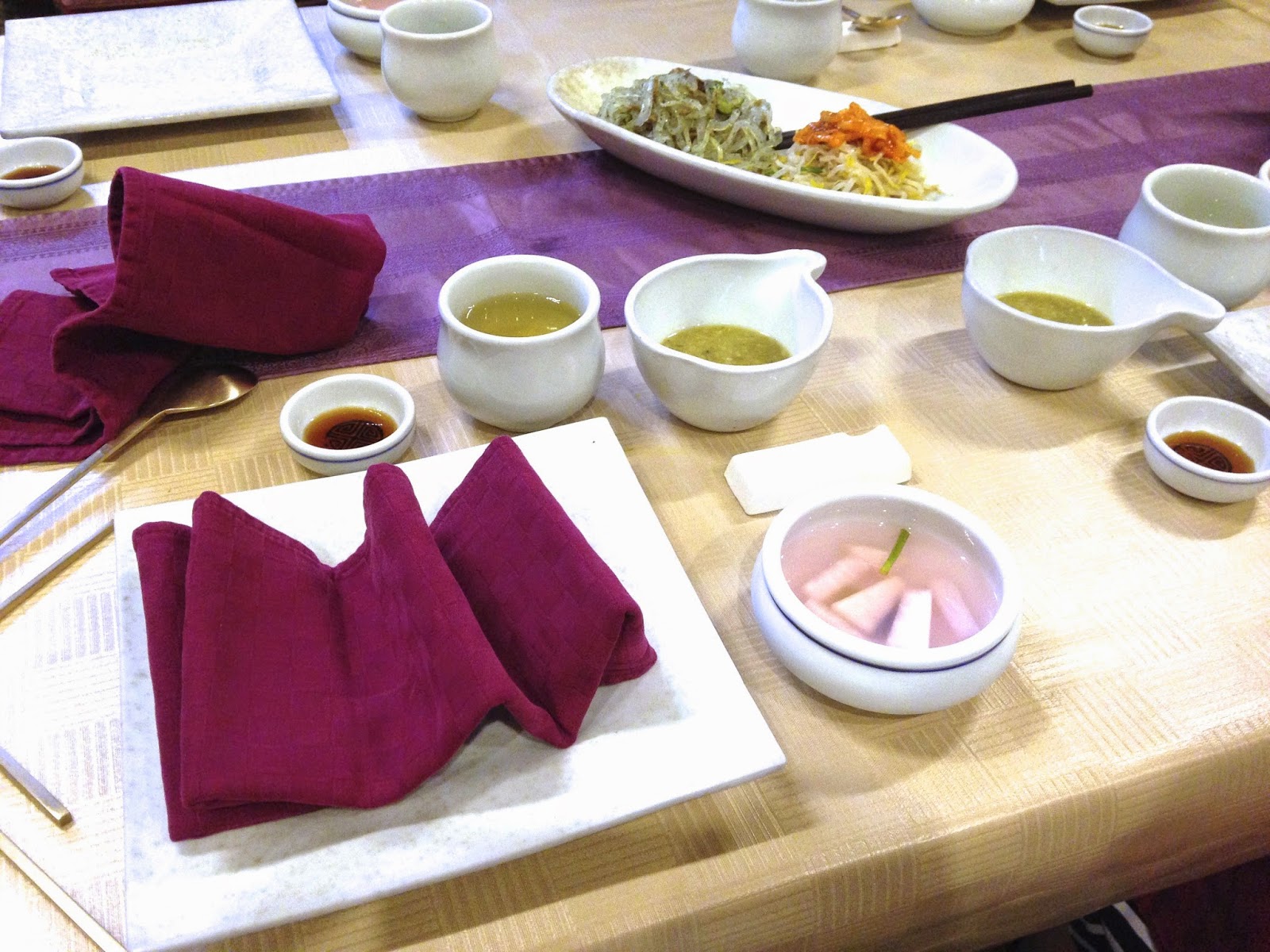 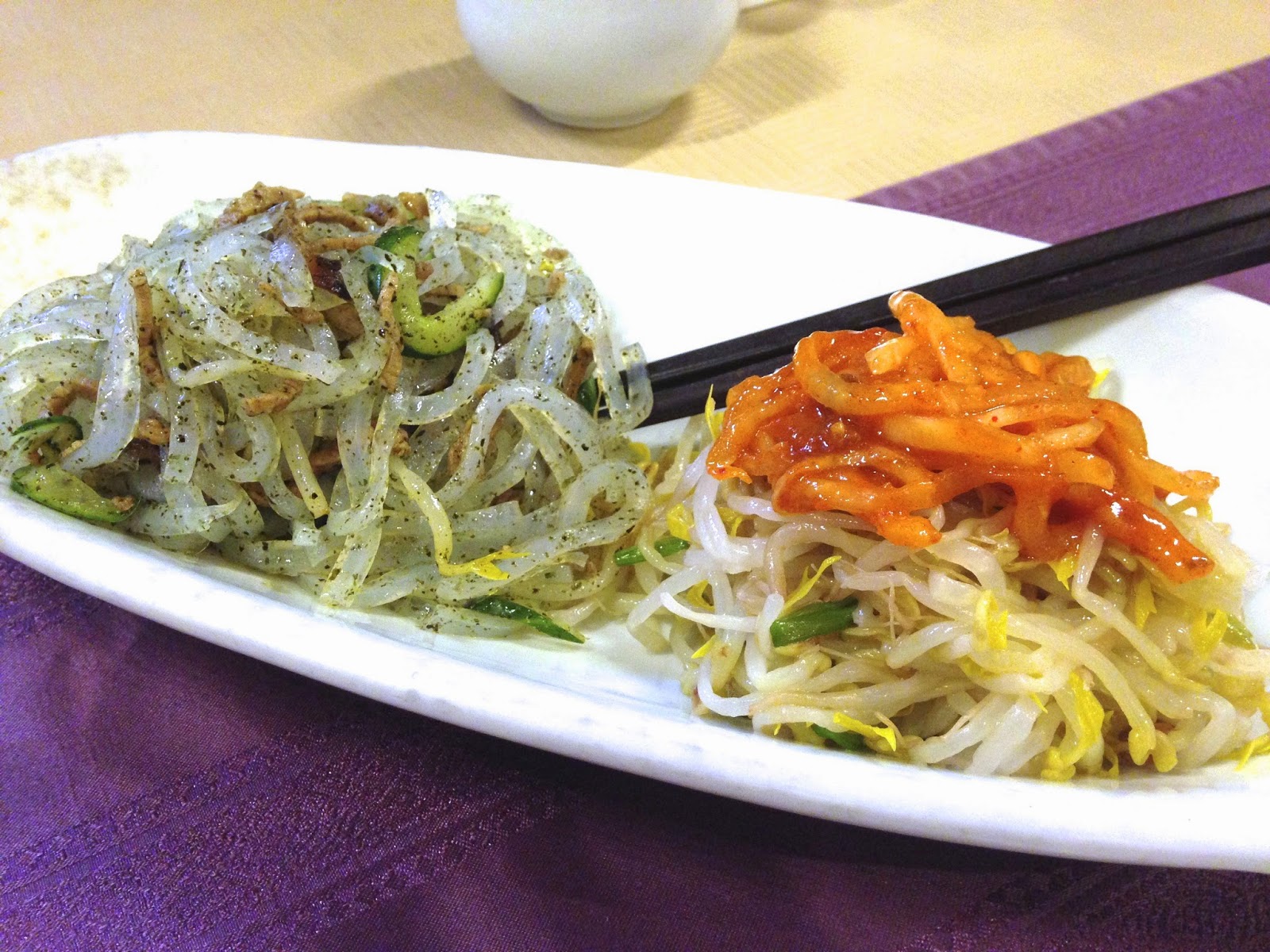 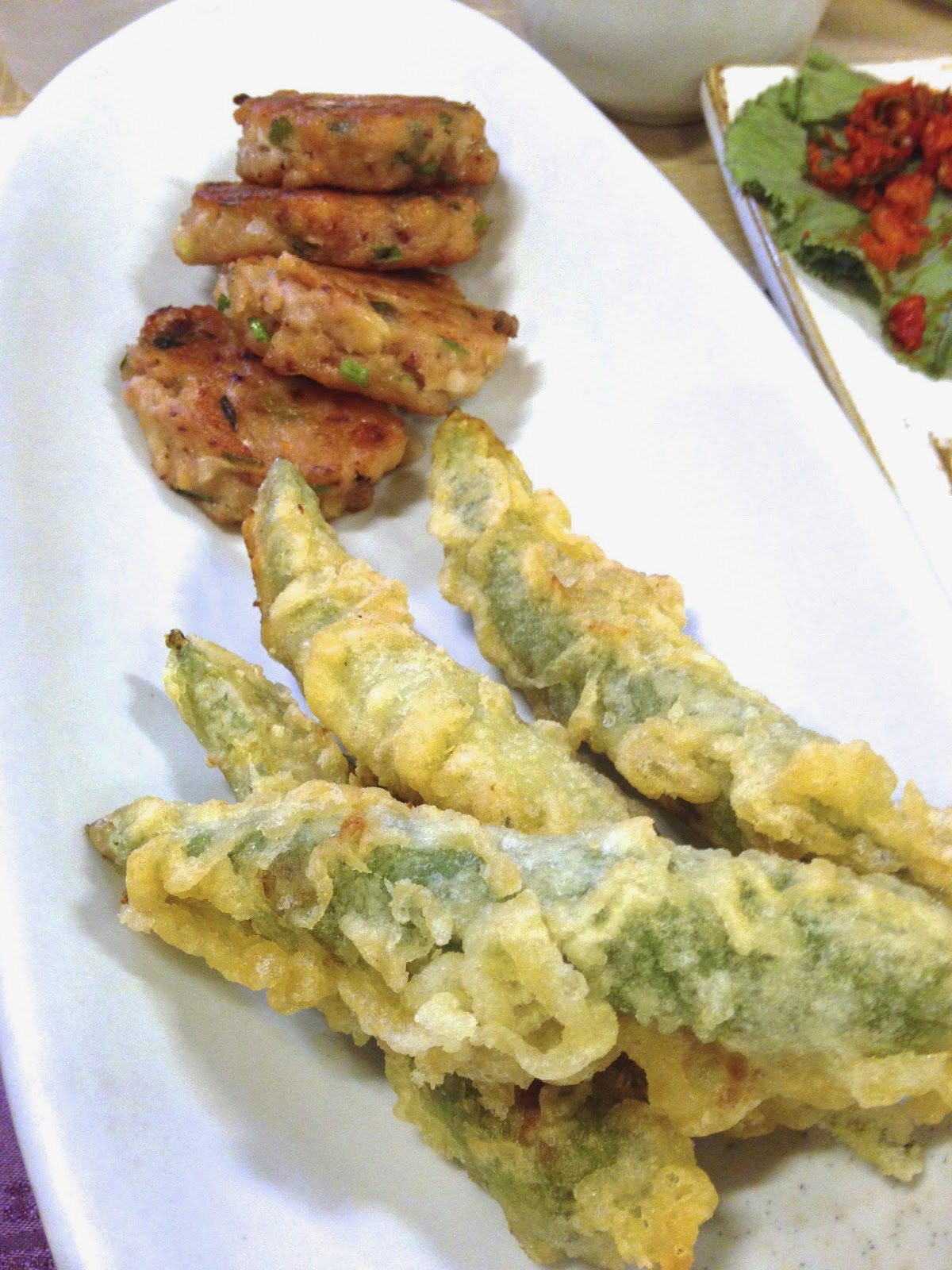 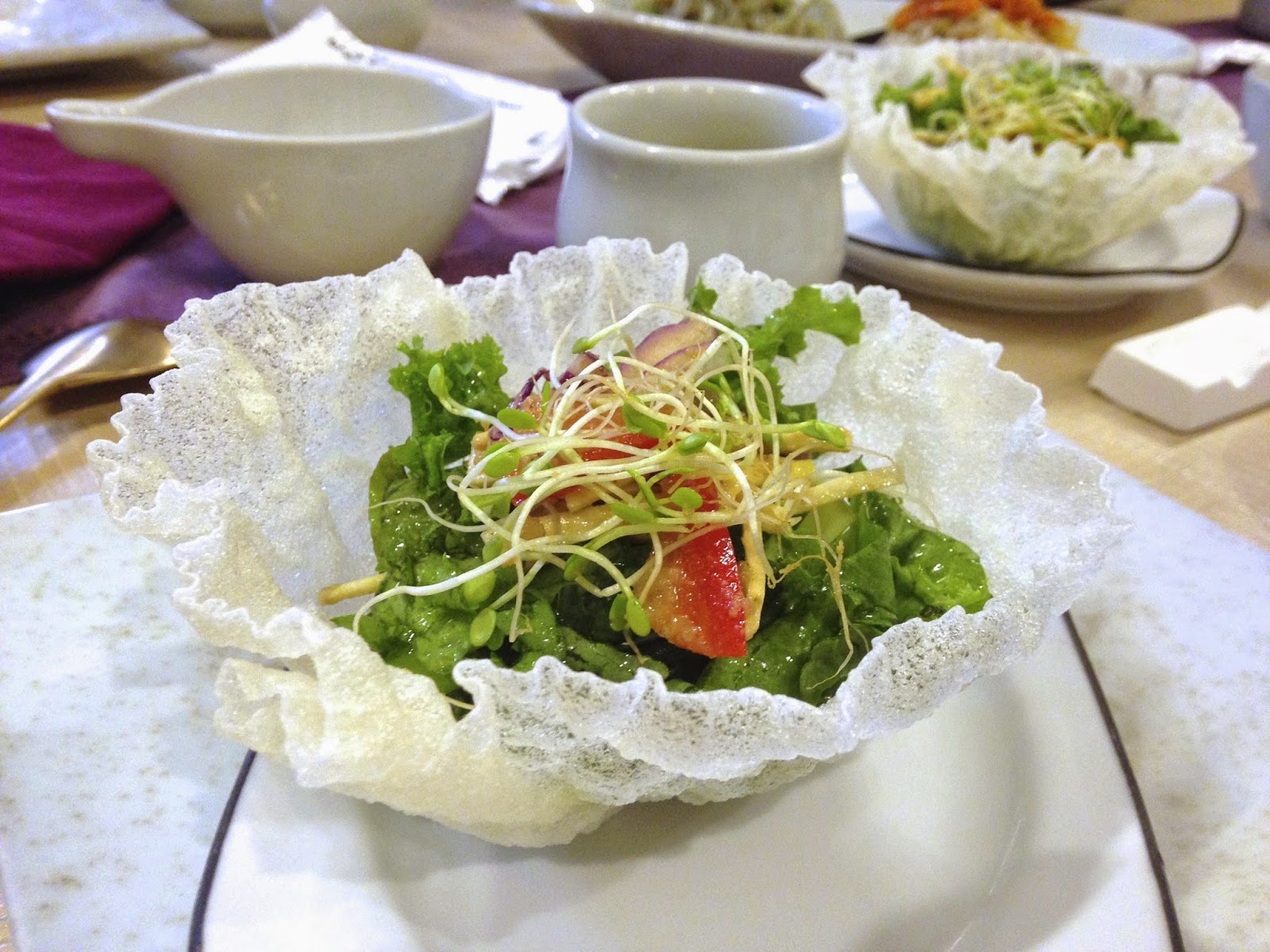 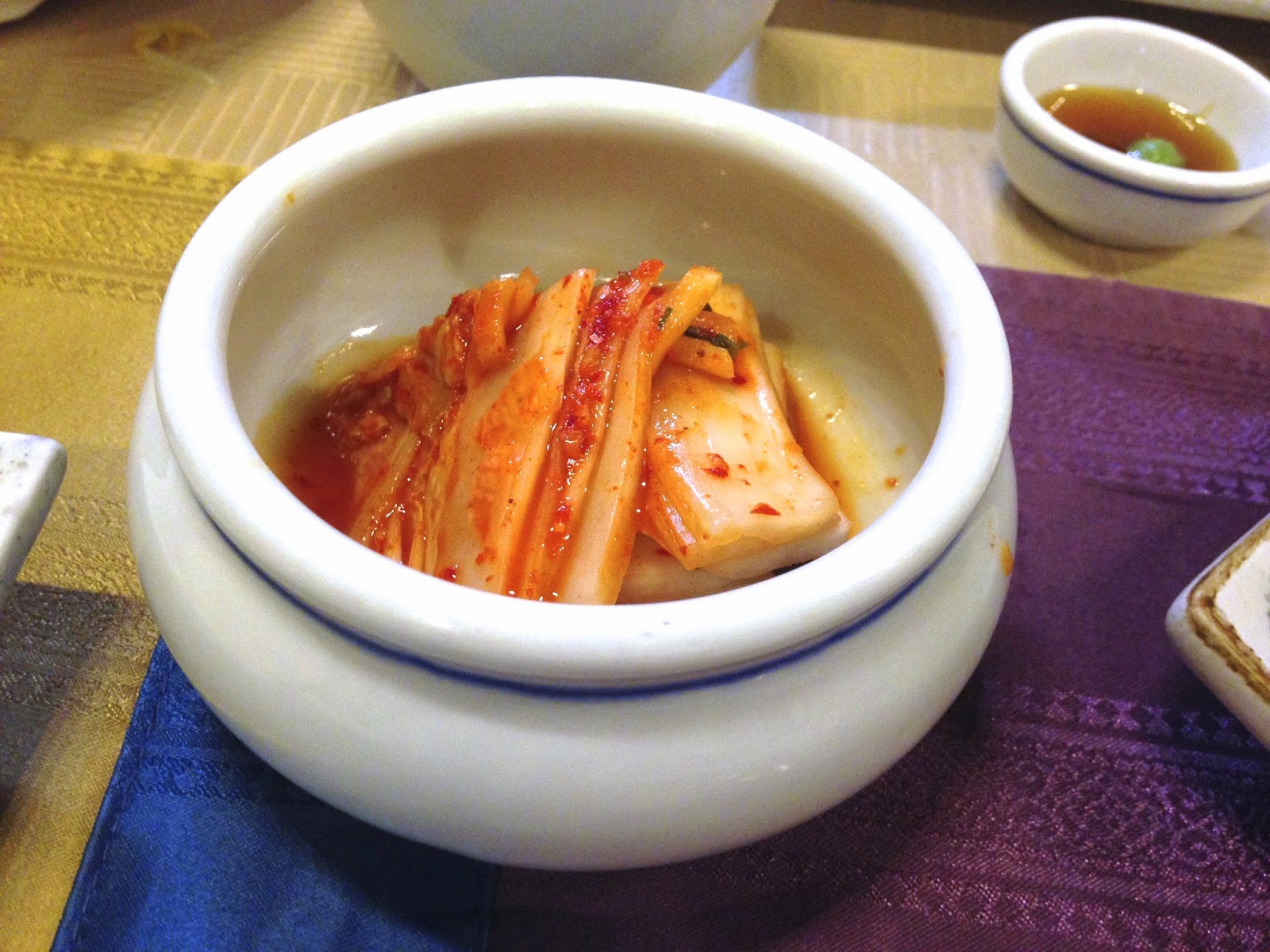 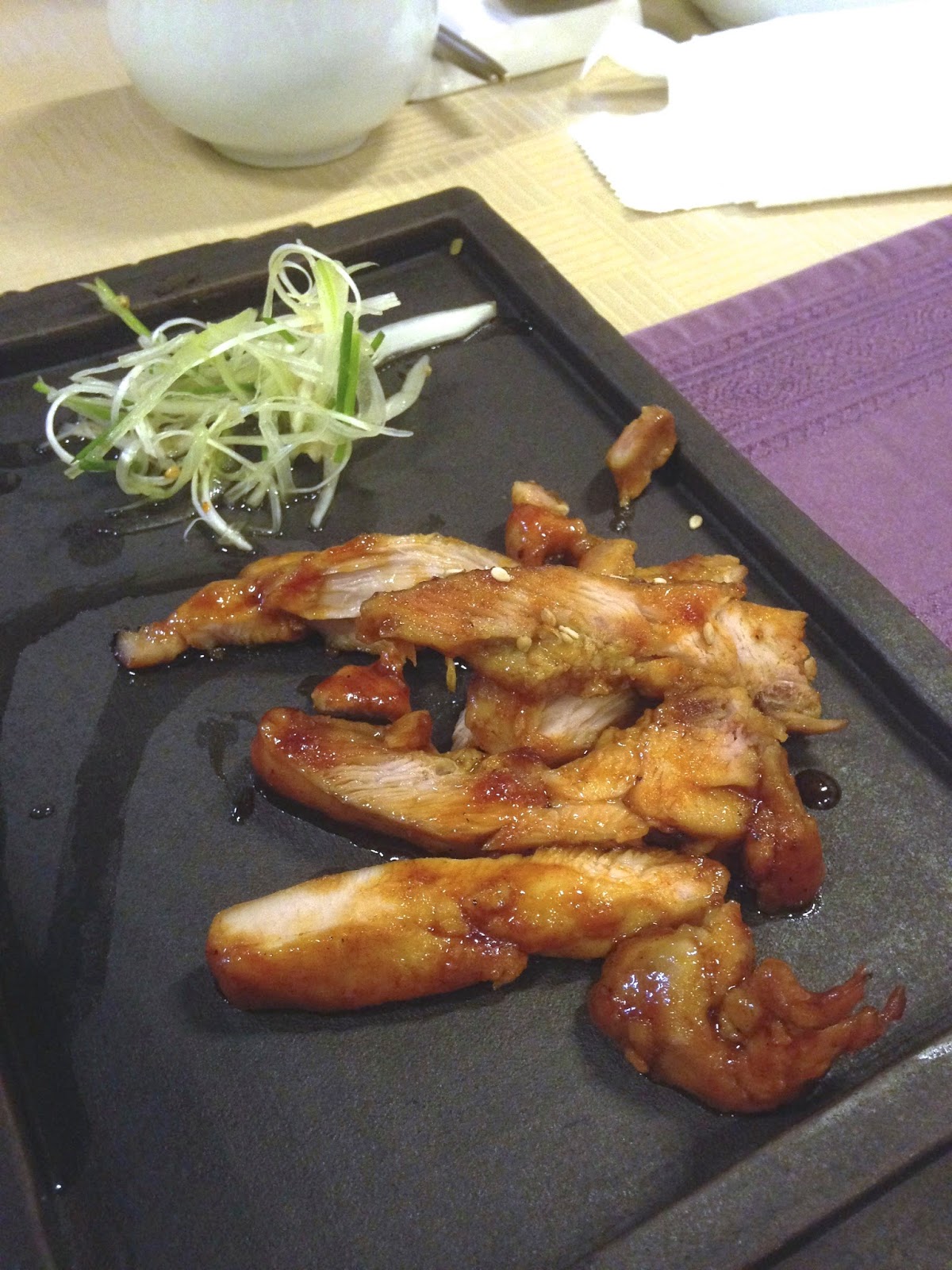 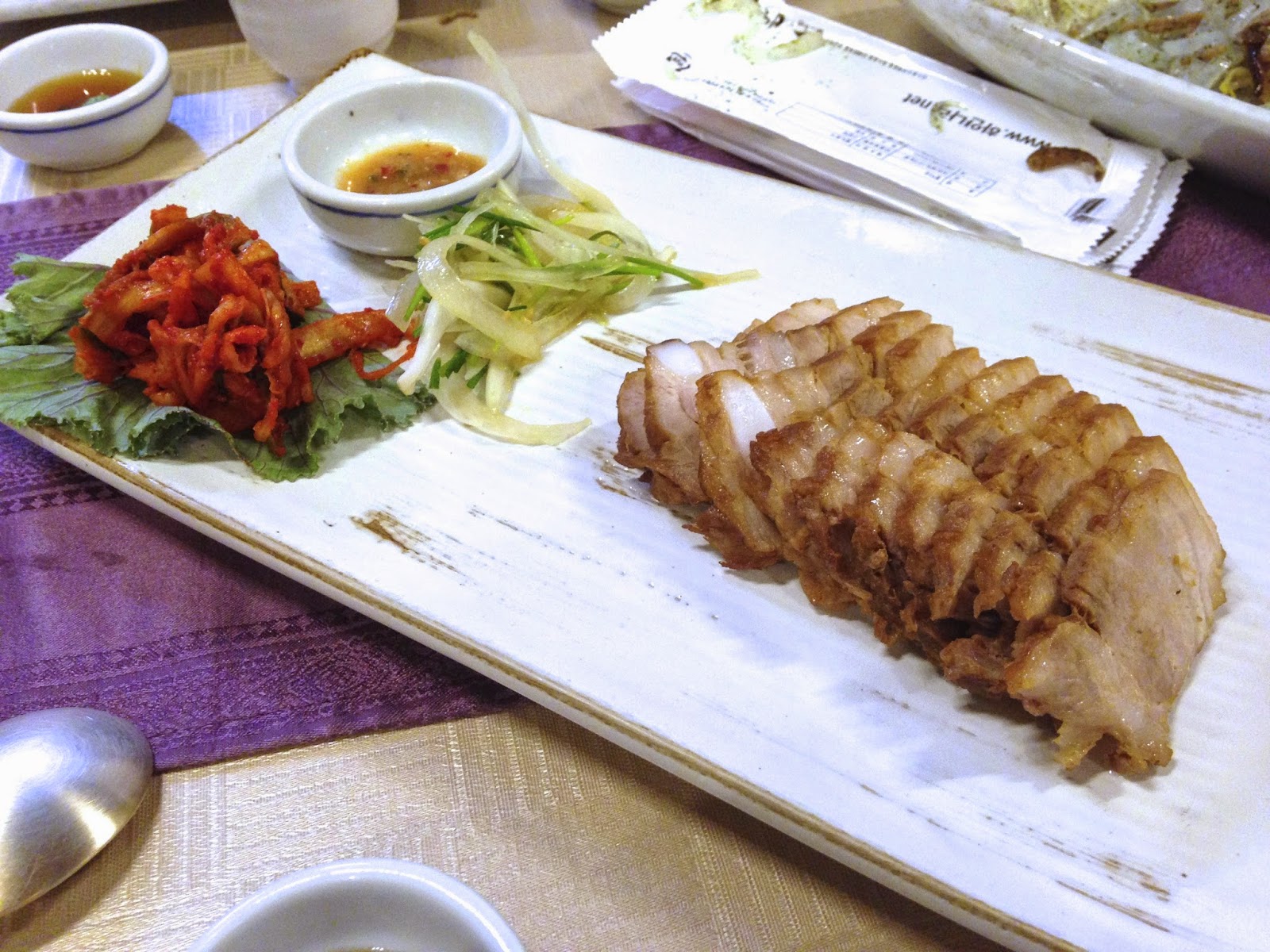 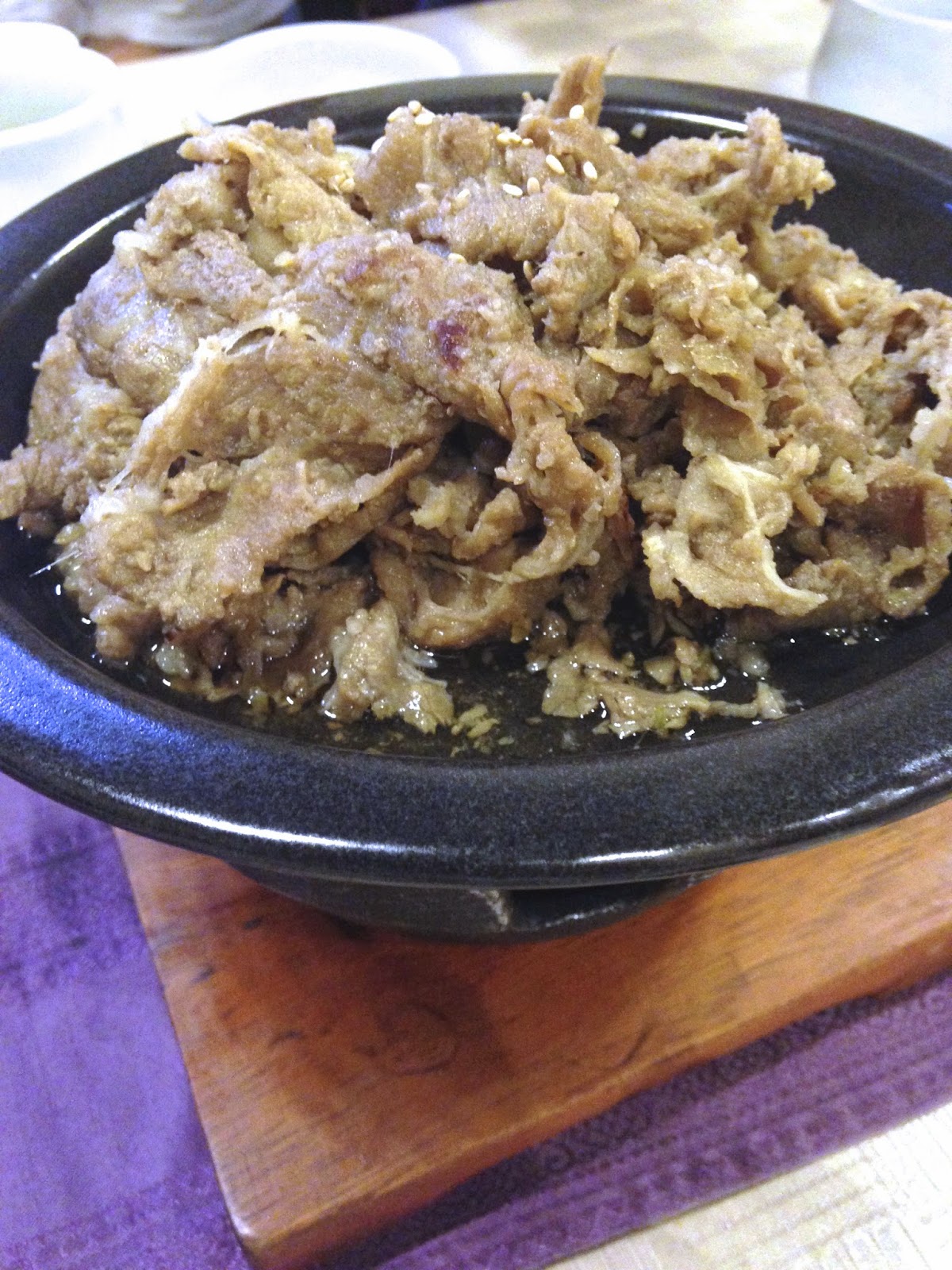 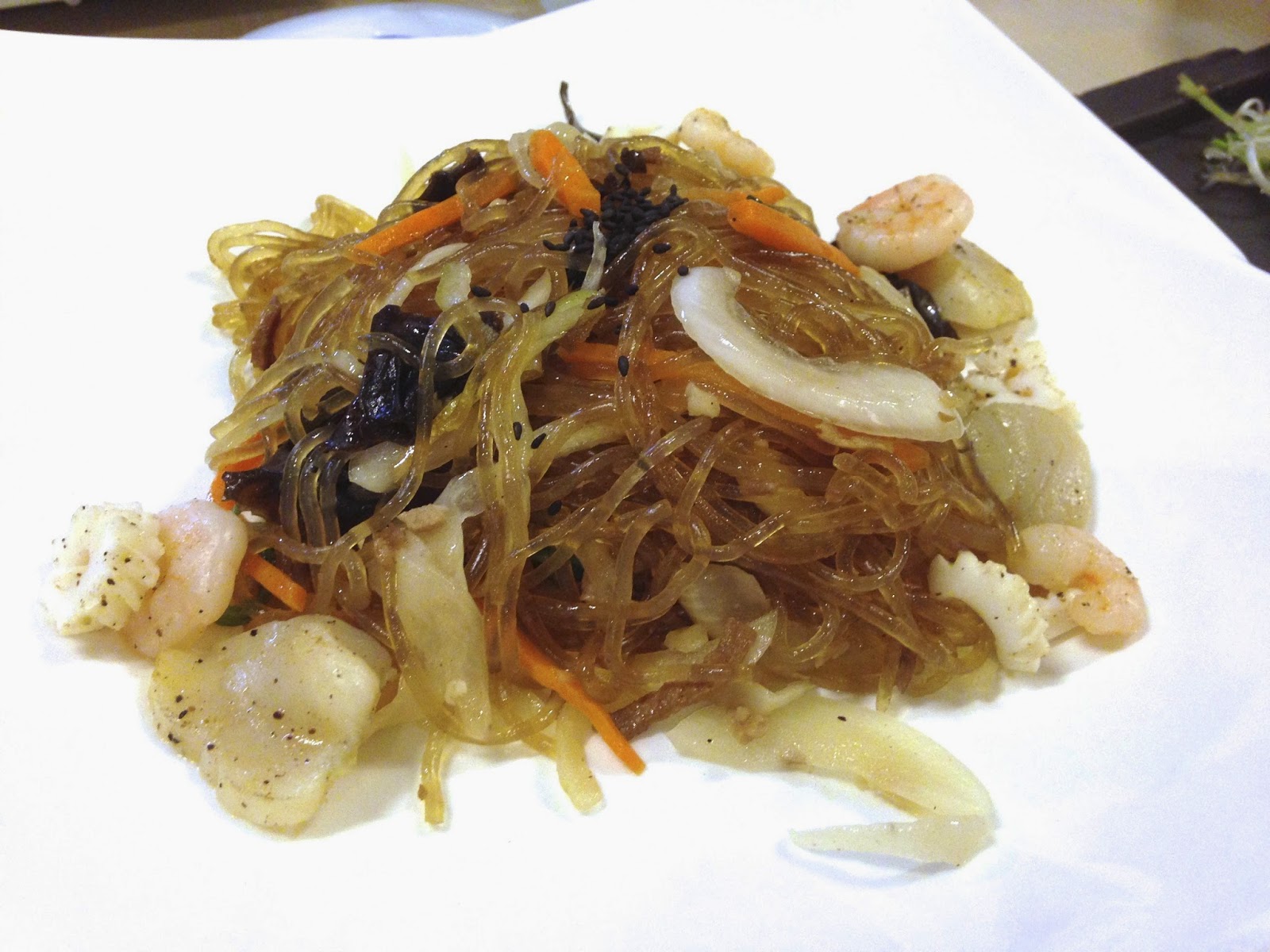 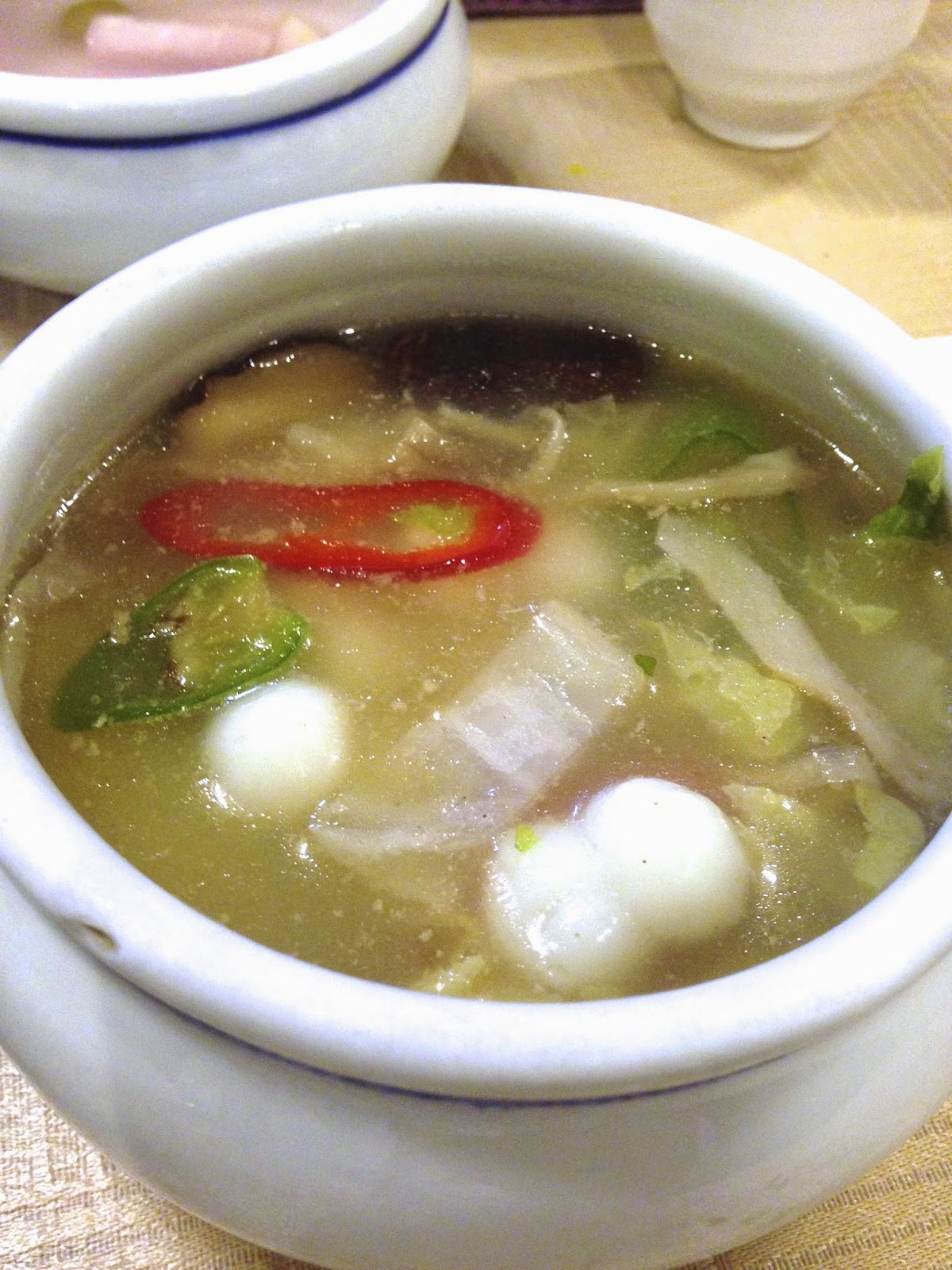 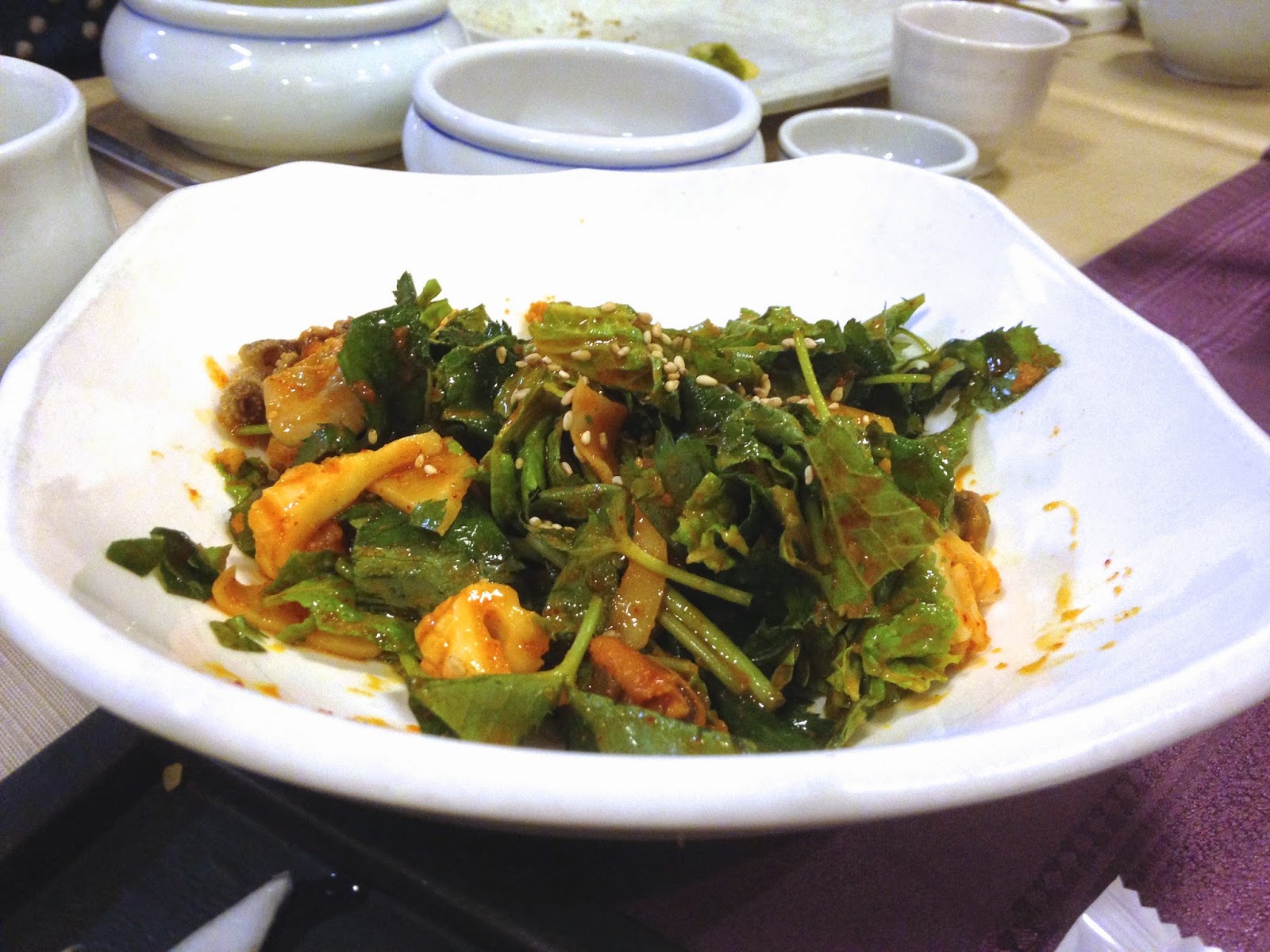 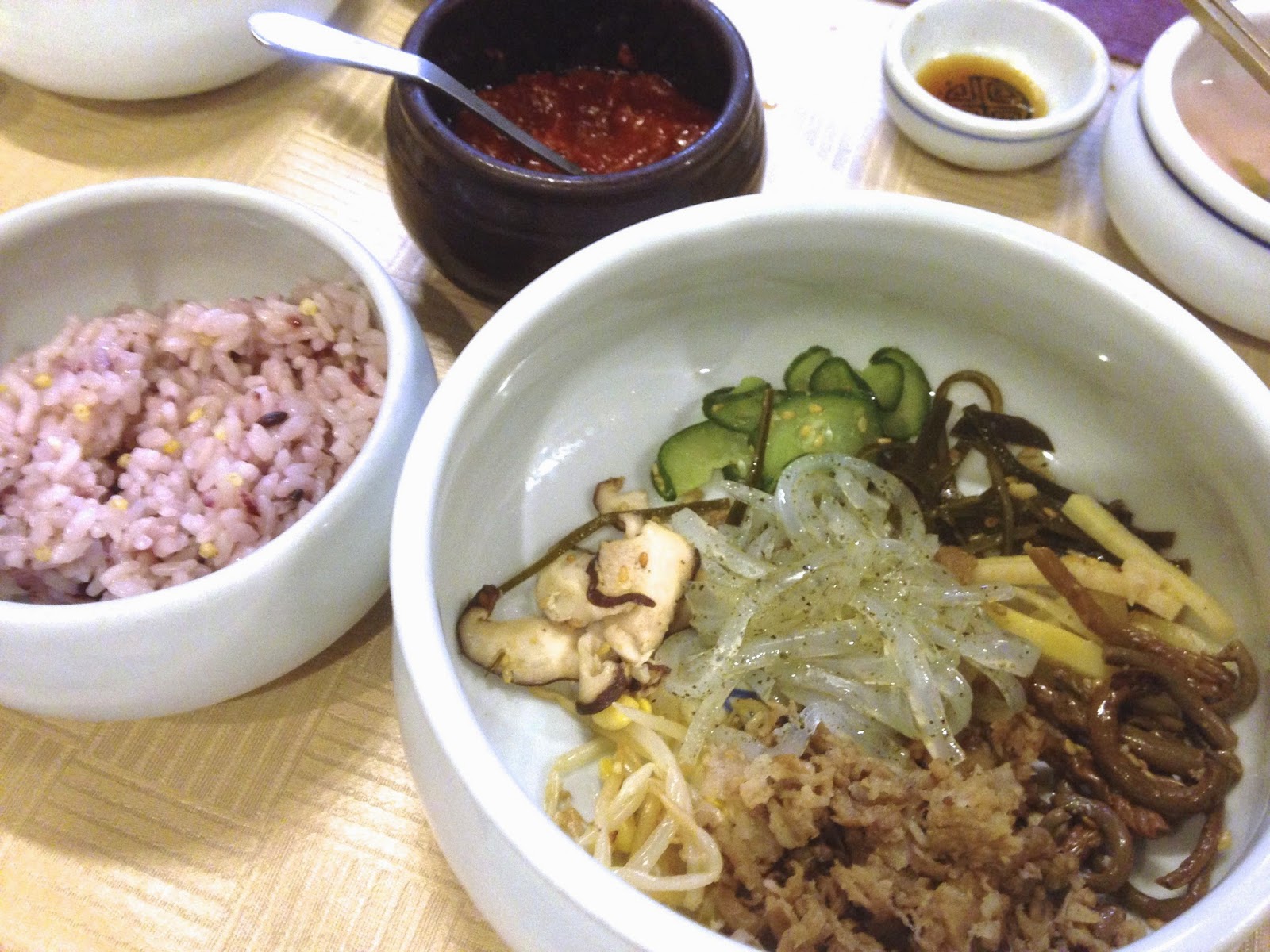 The food was good as ever. 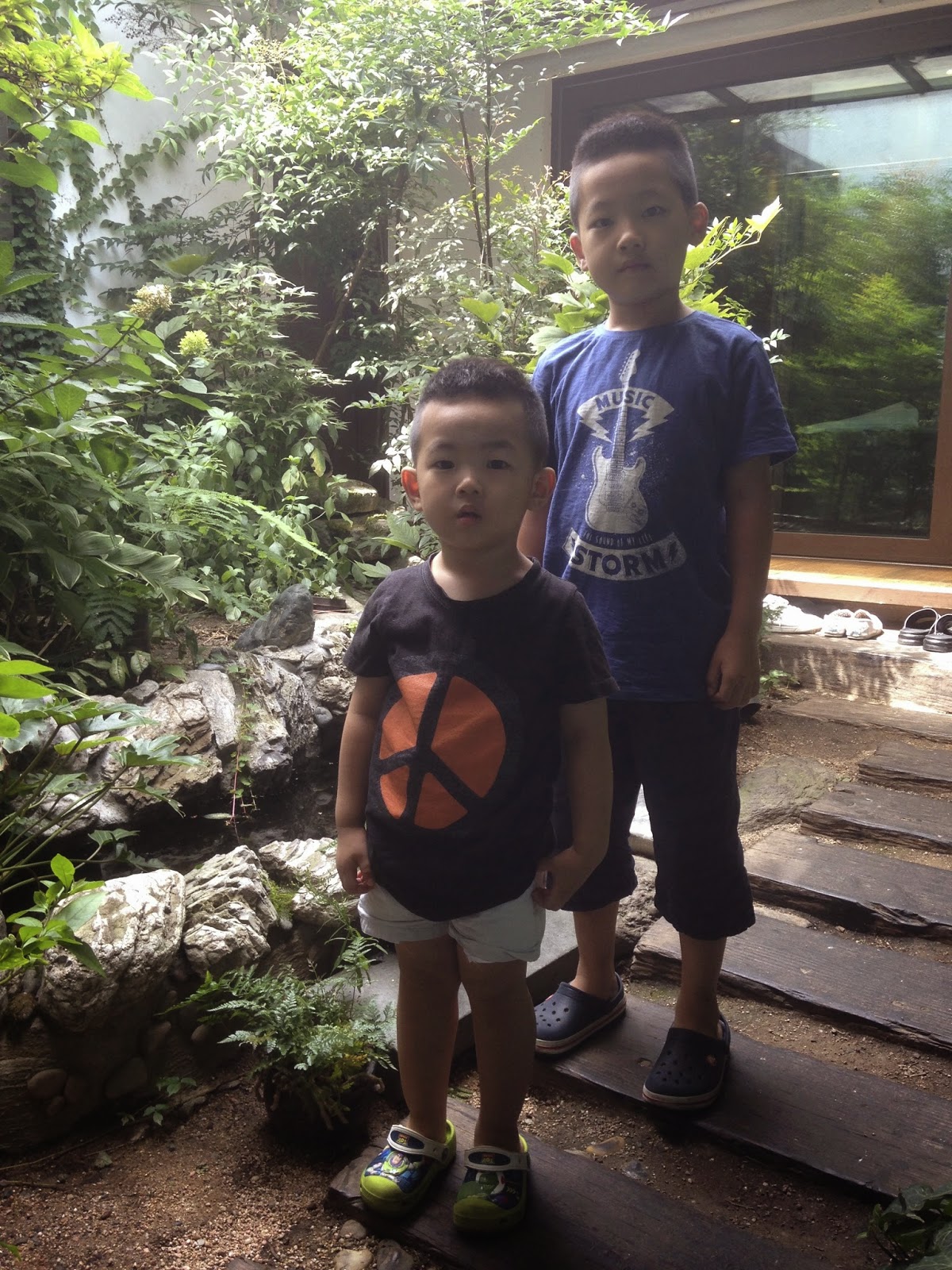 *By real counting, this would make them 69 in 2014, but by fake Korean reckoning, which adds a year to everyone's age--I've ranted about this in prior post, but I can't recall which one--they turn 70.

**He prefers lunch, particularly for special occasions that involve a lot of food, because he has a general aversion to eating a lot in the evening (just before going to bed), which explains why very few posts on the blog feature the in-laws.

***He prefers dinner, on any day of the week, because he can drink more in the evening (just before going to bed). 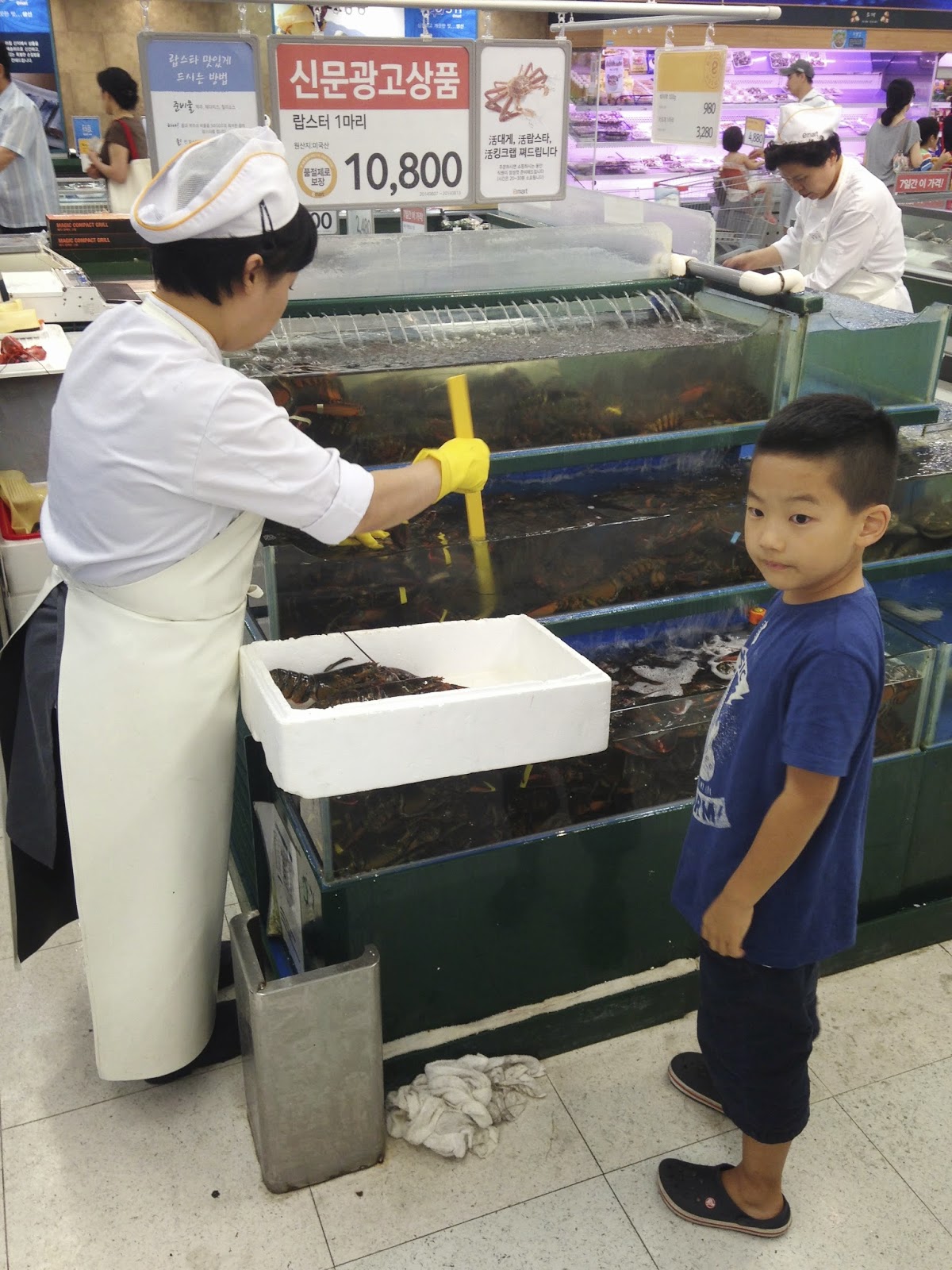 Piled high in the tanks, the catch (no pun intended) was that the lobsters were on their last legs, some not even moving, possibly dead, so that the lady had to go through and toss out several (she said that they'd be steamed on the premises and sold at a further reduction) before finding 6 that I was willing to take.


Later that evening, while grocery shopping at E-Mart, we encountered a liquidation sale (no pun intended) on lobsters, just 10,800 won each, each weighing around 1.5 kg, so we bought 6, even though seafood on clearance is rarely a good idea. 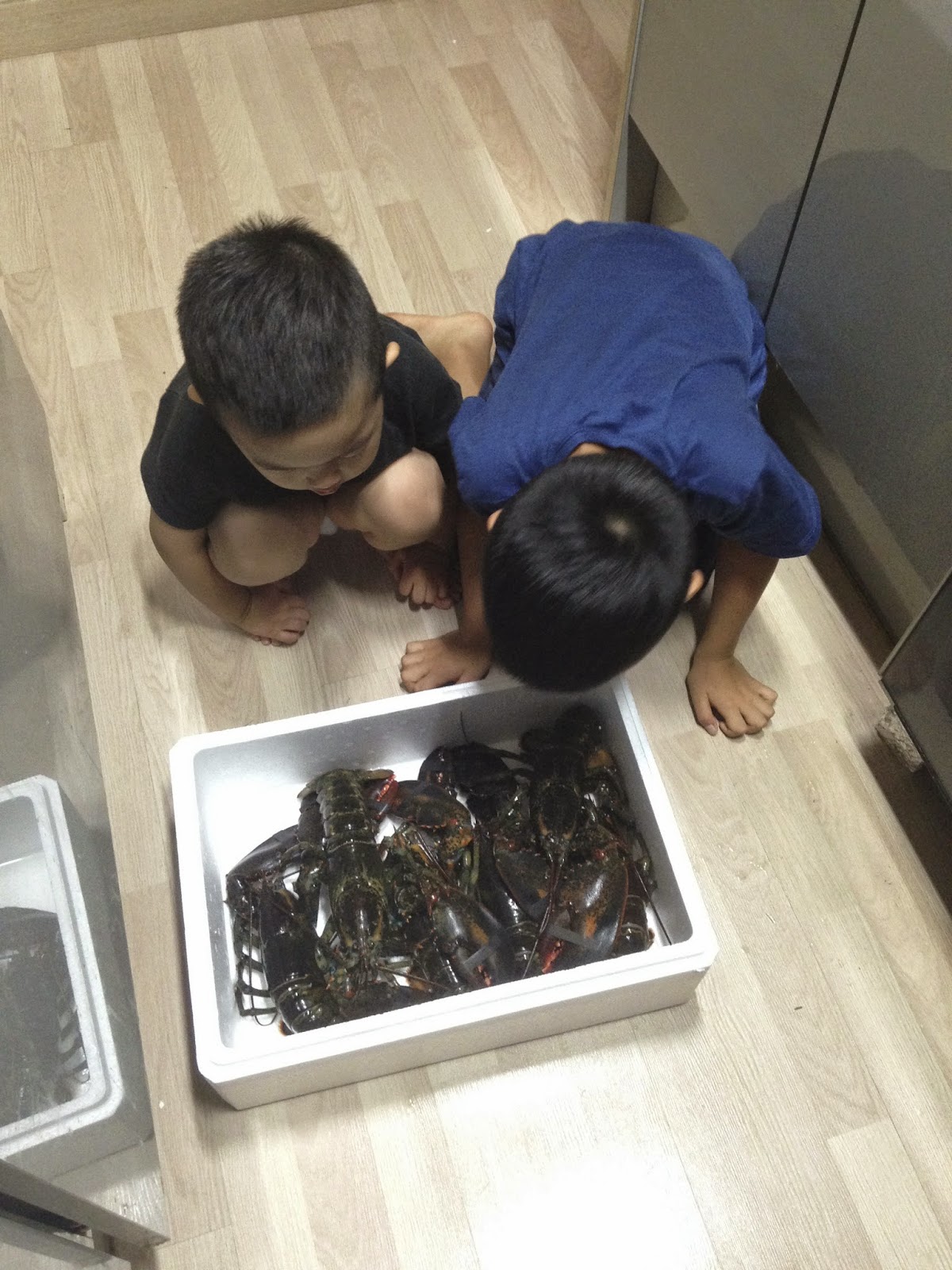 When Momo first saw them, he frowned and said, "They're bugs."

The lobsters were edible, though I found the experience somewhat disappointing overall.  Still riding high from the sublime lobster in Spain (see generally 5.199 Bogavante), anything immediately following was bound to be a let-down.  And by the time that I finished steaming and shelling the tails,  and making the clarified butter on the side, then mincing the claws and making them into a pasta sauce, I was a bit too tired to really savor the food.

Nevertheless, I enjoyed cooking an impromptu meal for the family.  Made me feel right at home. 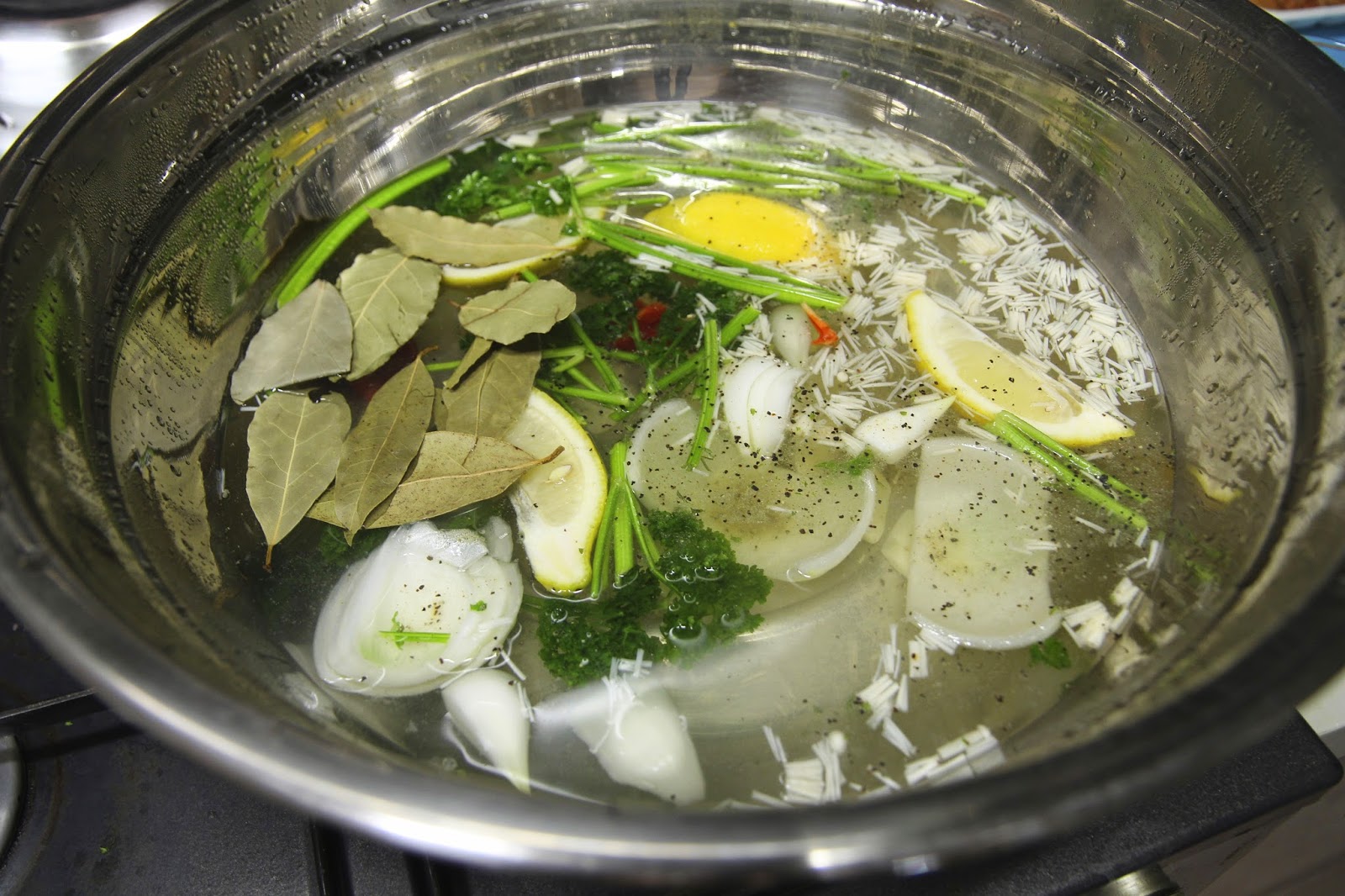 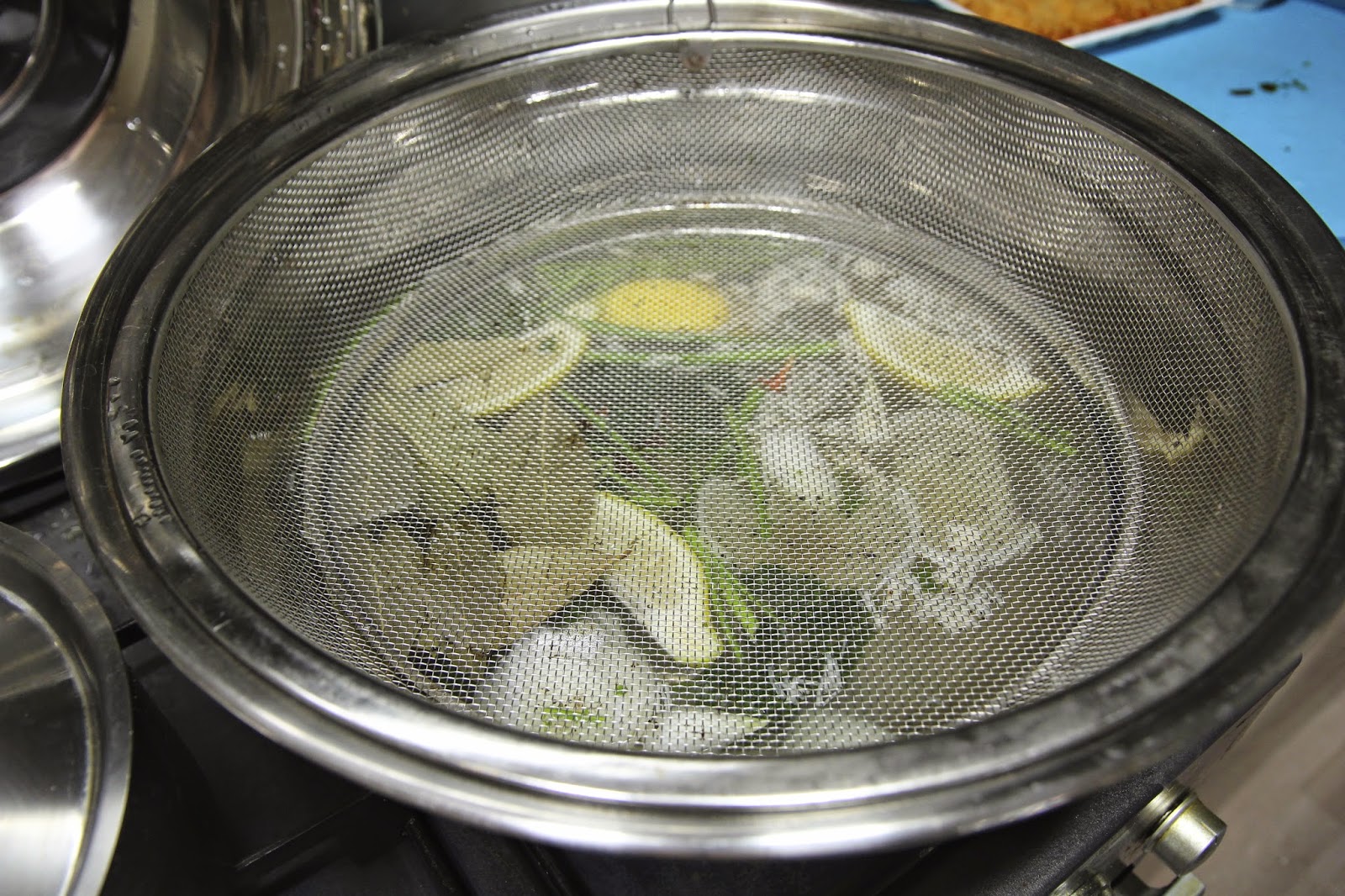 I added a hodgepodge of aromatics to the steaming water, though I don't think that they made a difference. 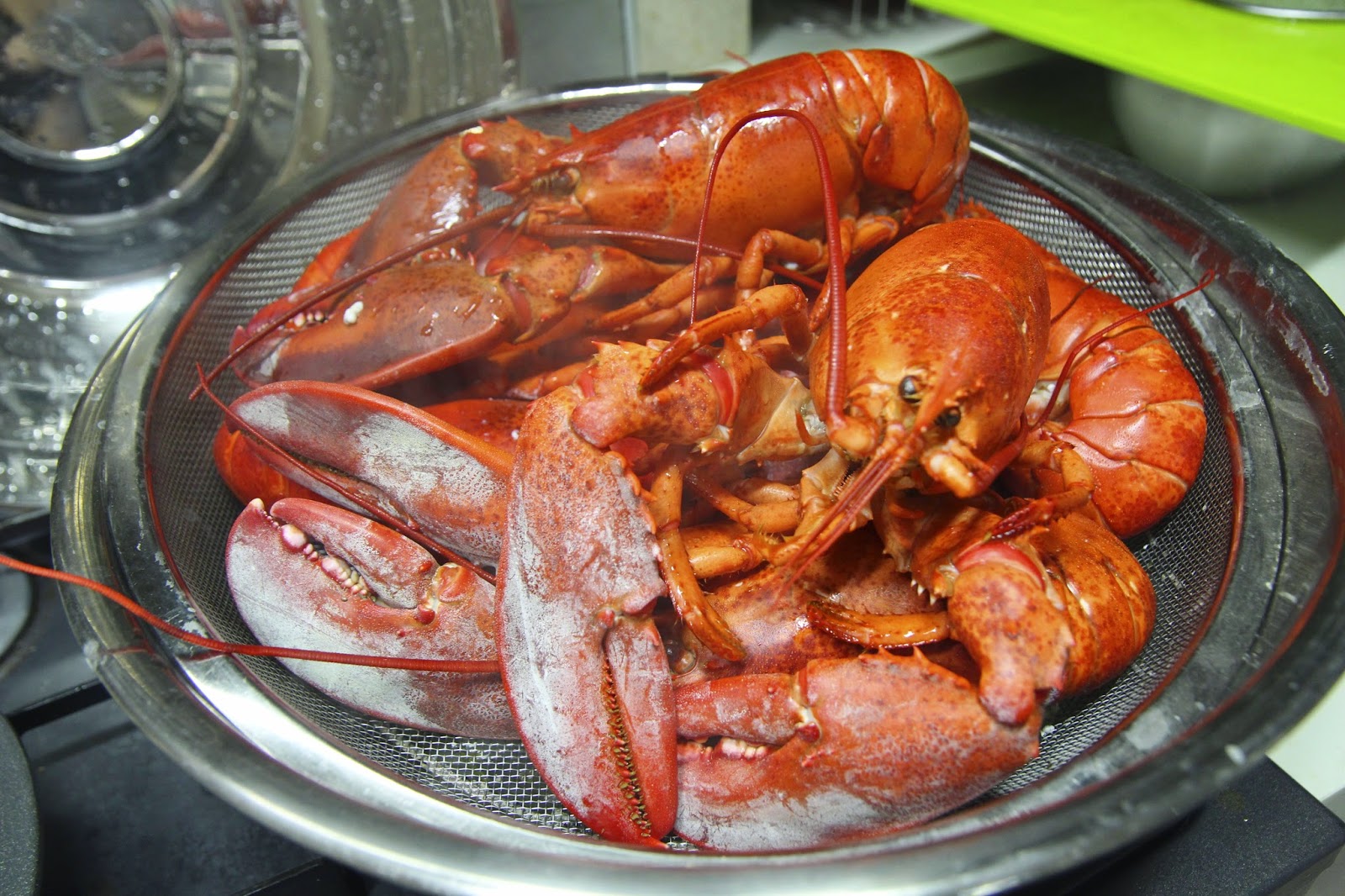 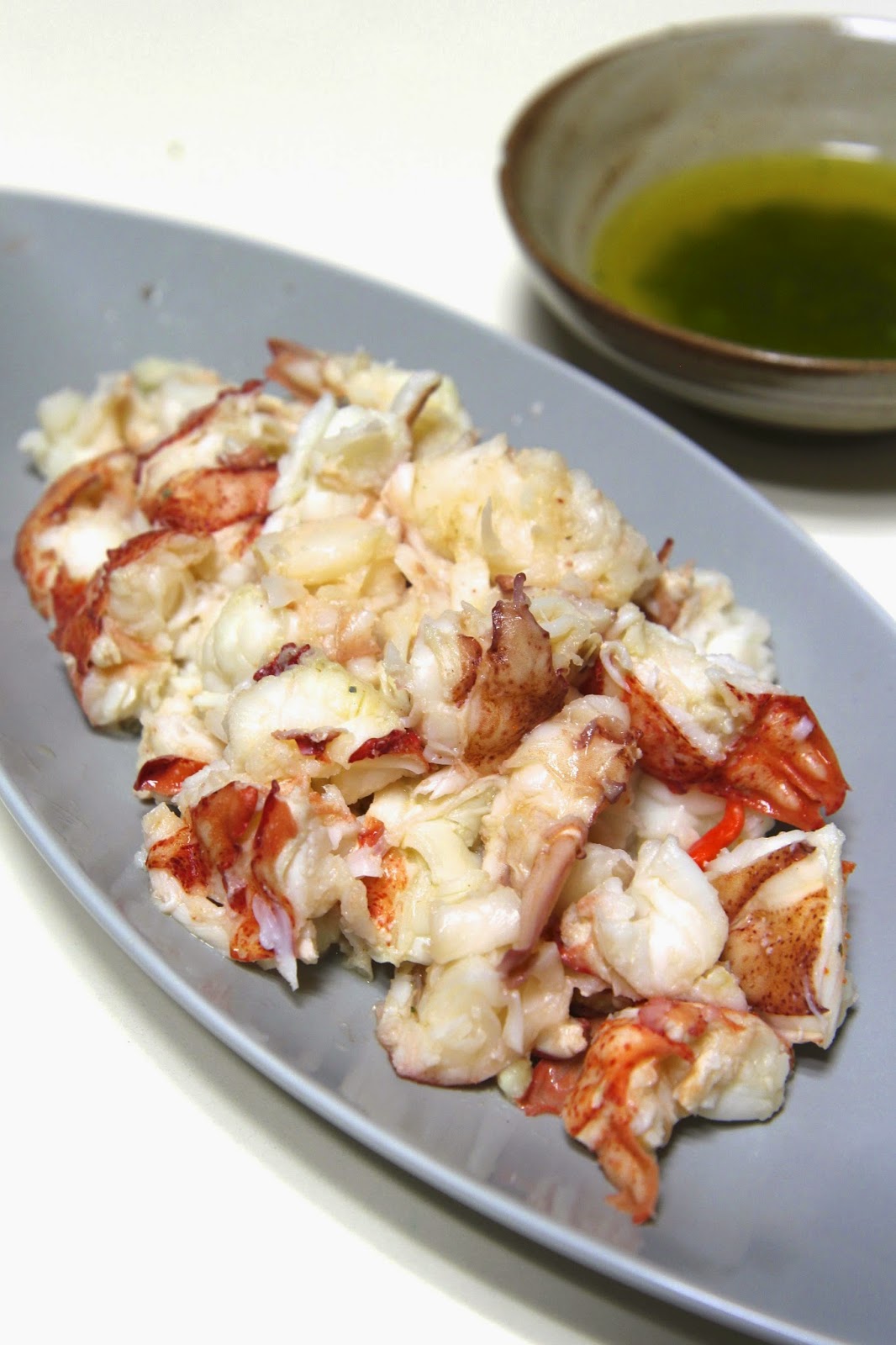 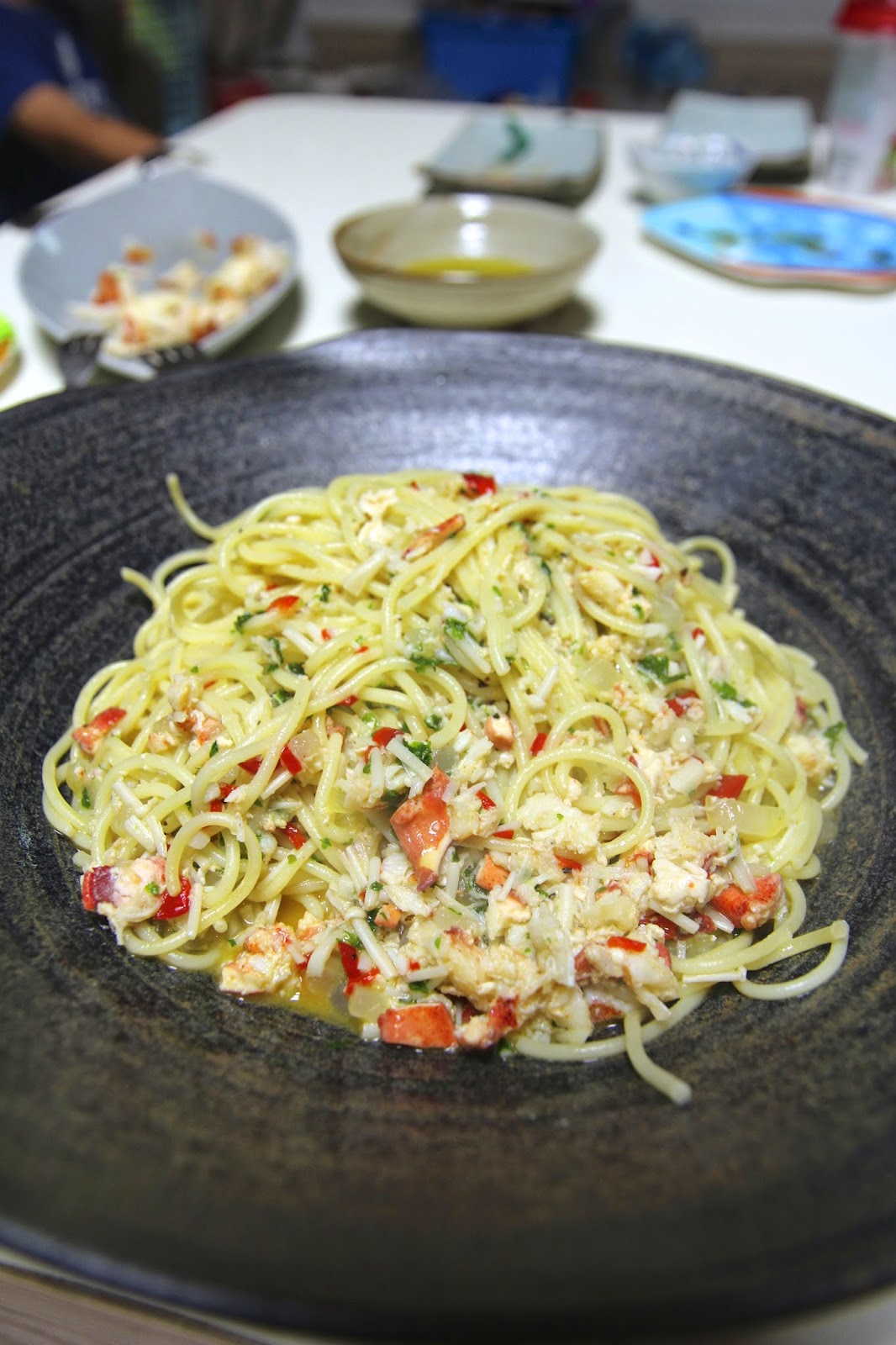 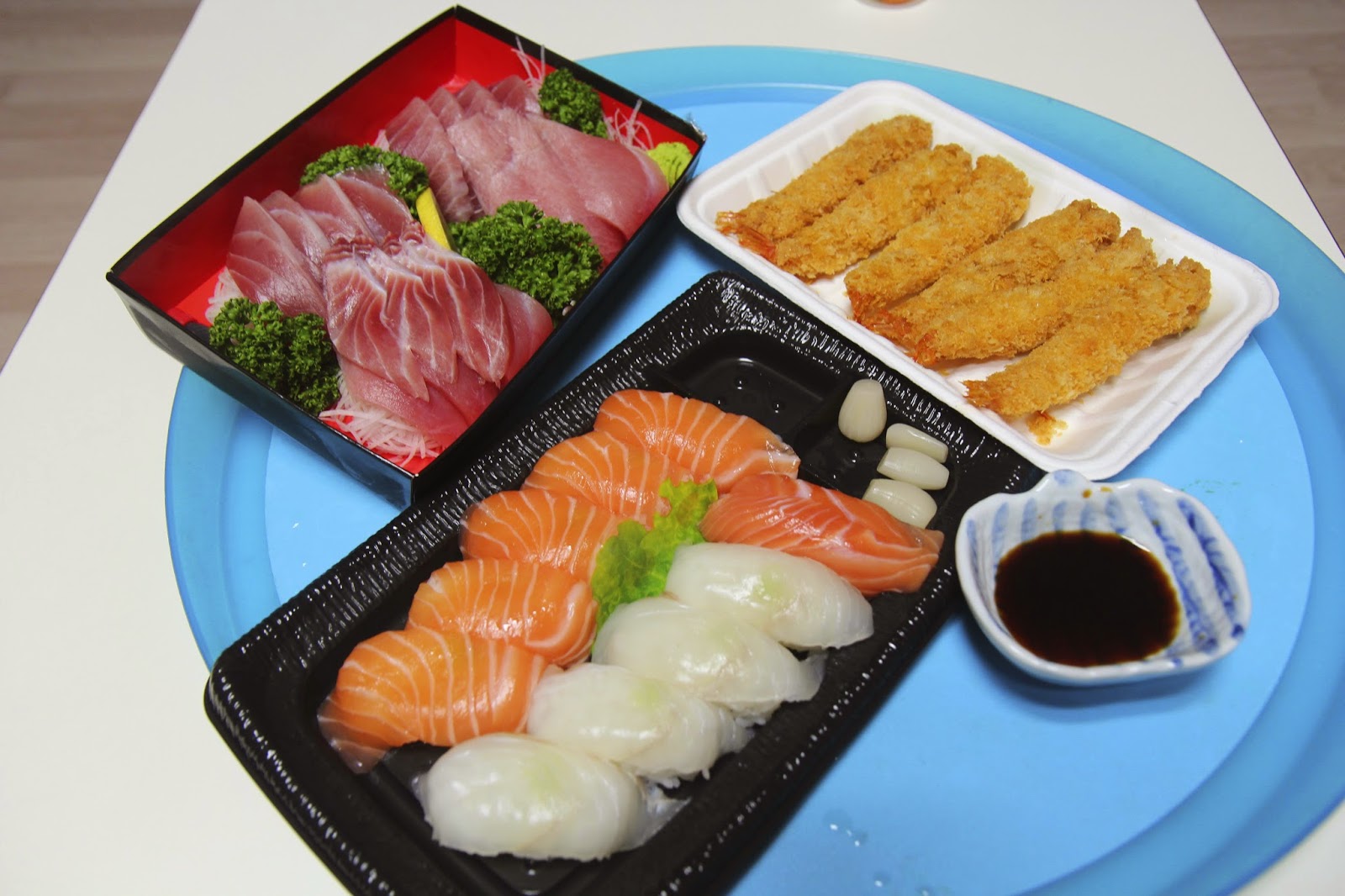