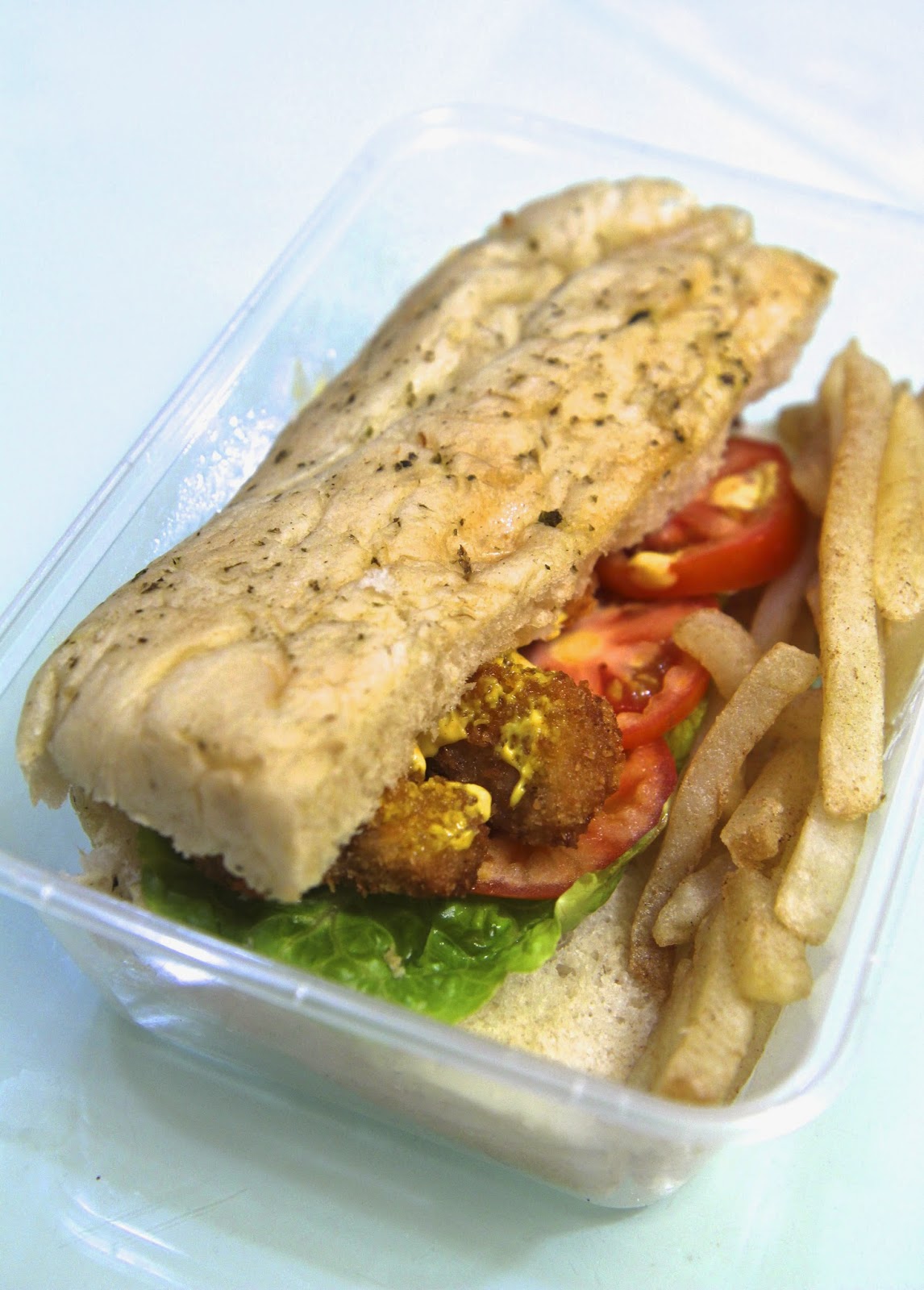 TERRP (Try Every Restaurant in Robinsons Place), Phase 3.  In Manila since January, here through October under the current contract, living above Robinsons Place, I've been eating my way through the mall.  As far as I know, nobody has ever done anything like this, my unique contribution to the city's food/blog scene.  I did all the restaurants on the 1st floor (currently 36, down from the initial 40) and the 2nd floor (currently 7, down from the initial 14).  Now, I'm doing the restaurants on the 3rd floor (currently 30, 2 of which were already covered during Phase 1).  Then, once Phase 3 is complete, onto the 4th floor, time permitting.  Henceforth, however, I'll take them as they come, no more pushing the agenda; if I don't finish, no big deal. 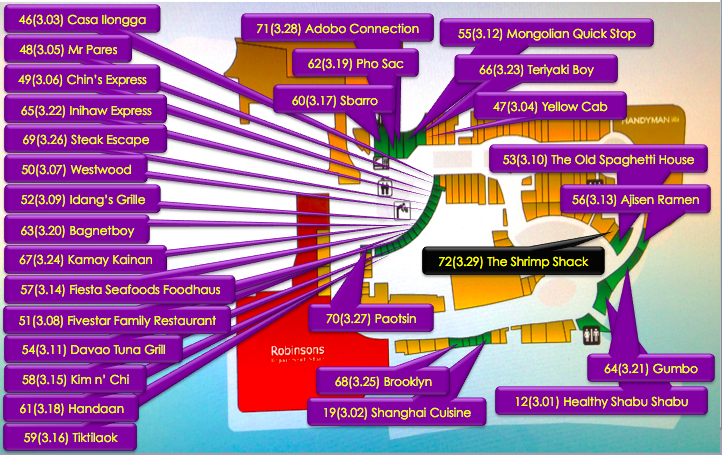 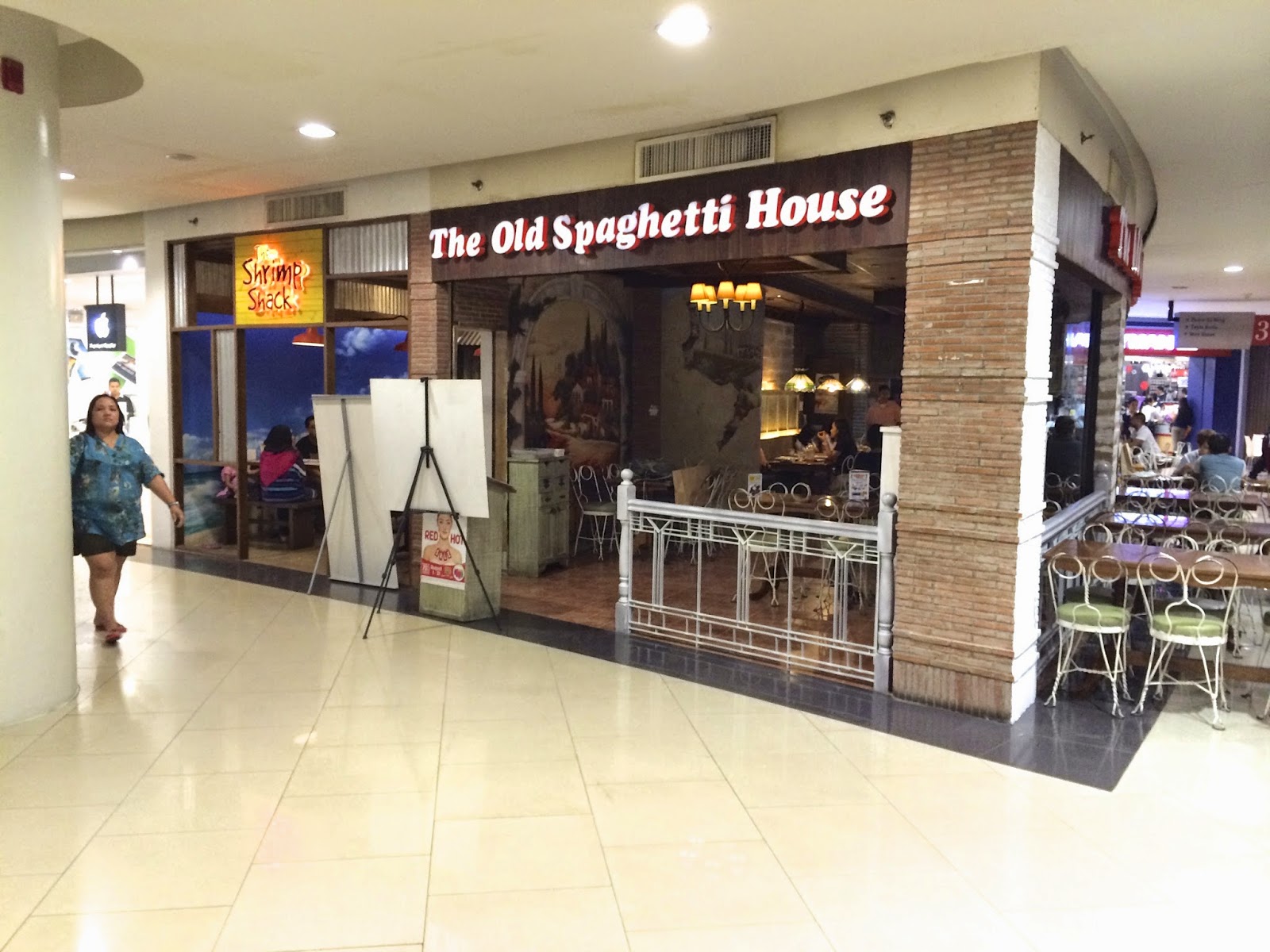 From the shared wall and use of the definitive article, I suspect that it's under the same ownership as The Old Spaghetti House (see generally 5.136 Pepper-Crusted Fish Fillet...). 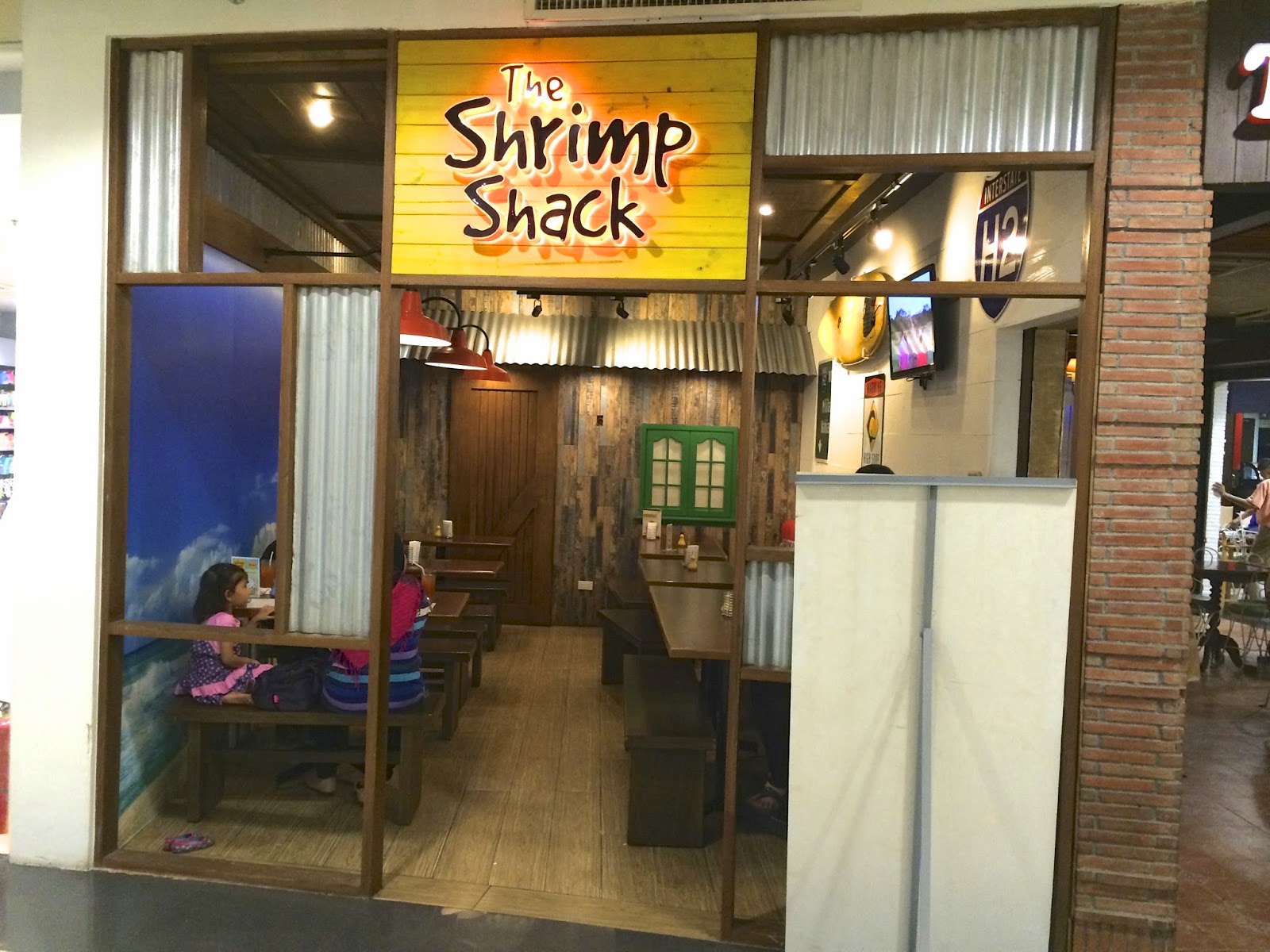 The Shrimp Shack is an American restaurant chain.  Supposedly inspired by small seafood stalls located along the beach in Hawaii--the first item on the menu is SPAM musubi, whatever that counts for.  Specializes in shrimp, along with a few American-ish meat dishes. 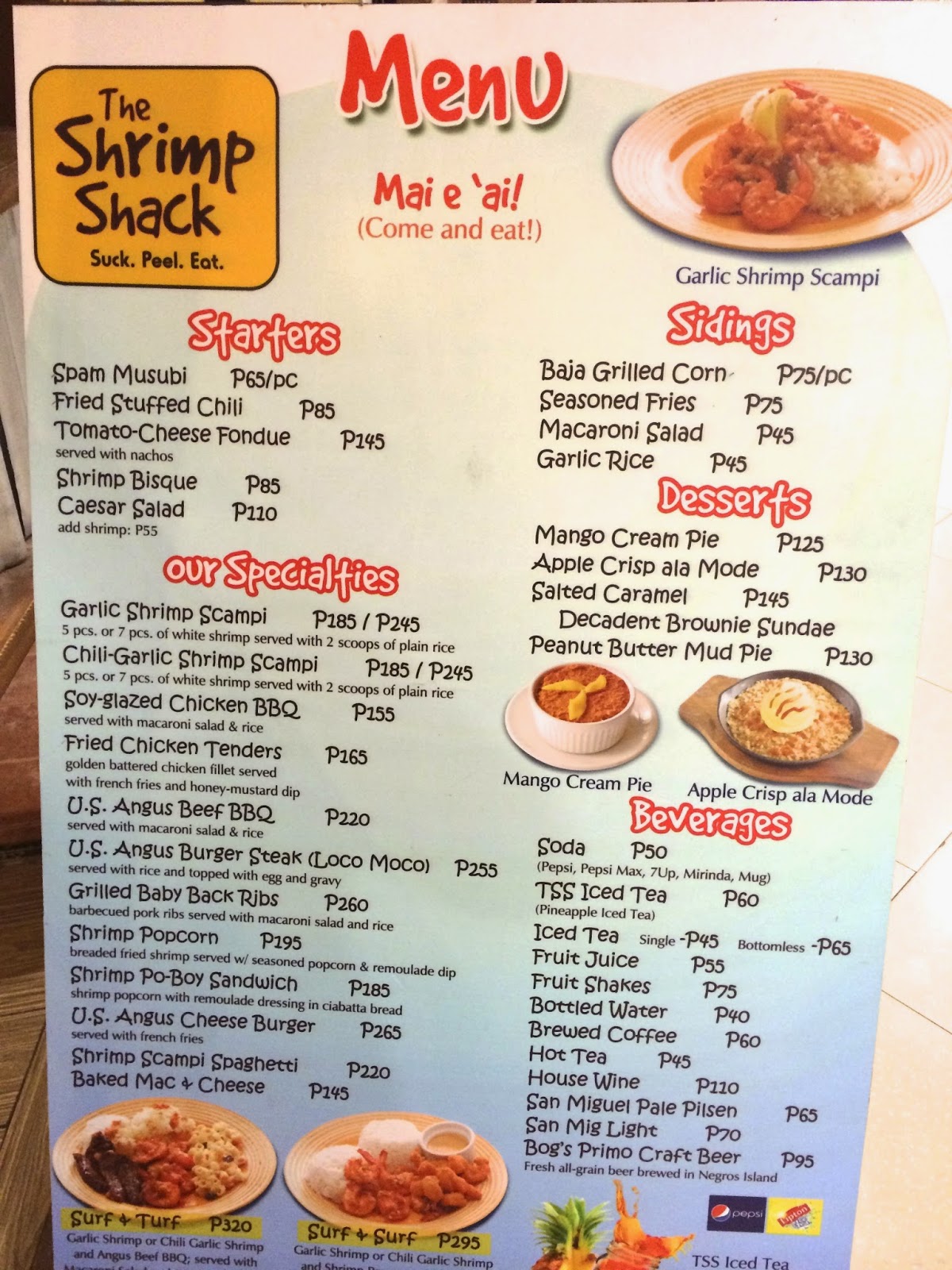 The po'boy is a broad category of American sandwich.  While origin stories range--term is a derivative of "poor boy," believed perhaps to have been invented during the Great Depression as a cheap meal for day laborers--it's often attributed to New Orleans, or somewhere generally in Louisiana.  Due to the French/Creole/Cajun influence there, the essence of the po'boy is a baguette.  Within, the components may vary, usually some kind of sliced meat (e.g., roast beef) or deep-fried seafood (e.g., shrimp), other toppings (e.g., lettuce, tomato) and condiments (e.g., mustard) kept simple.  Nowadays, "po'boy" is often used to describe any quick/easy/ready-made sandwich on any kind of longish bread, though I'd imagine that New Orleans has restaurants that takes them quite seriously. 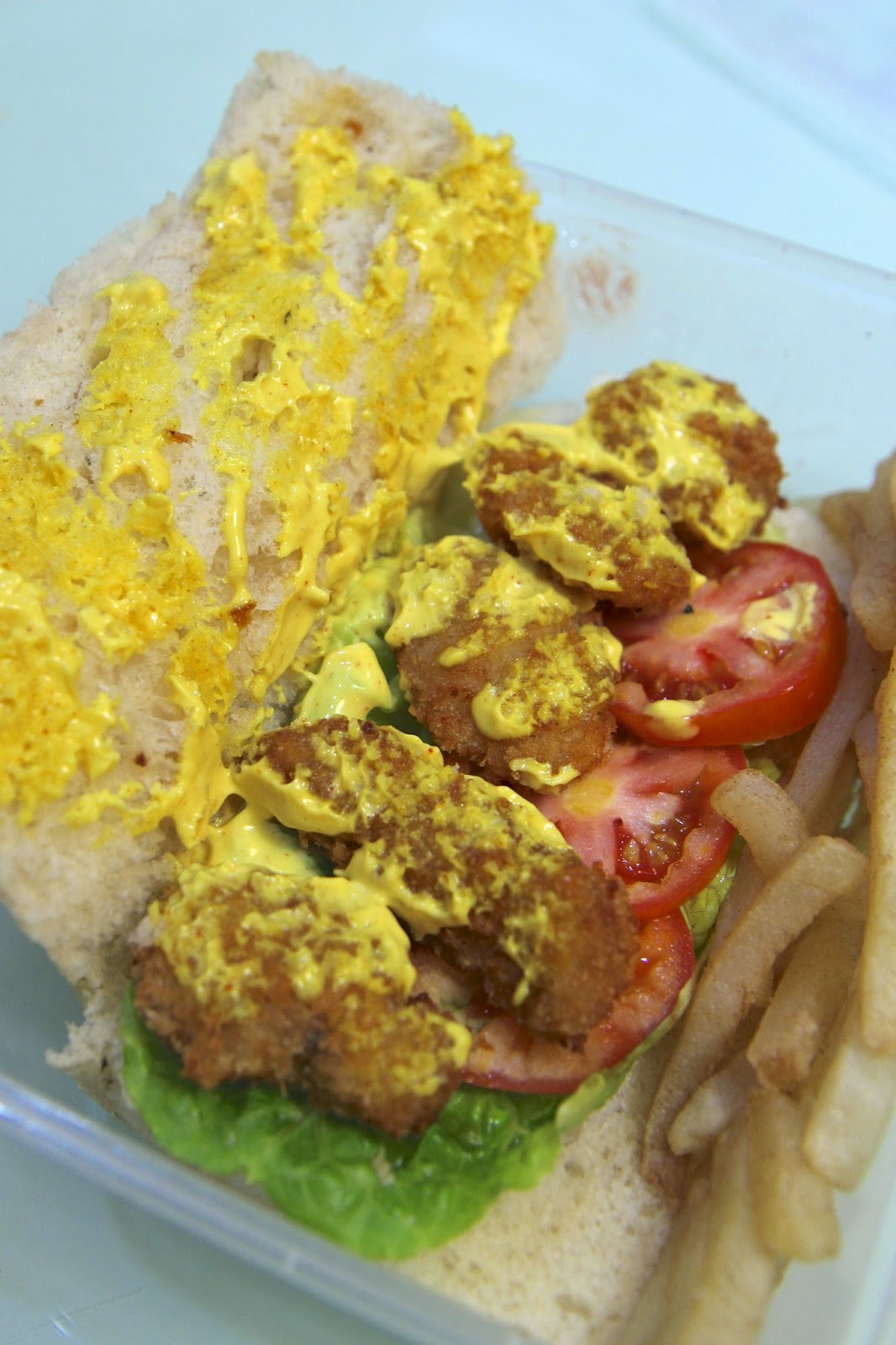 The shrimp po'boy at The Shrimp Shack was a travesty.  First, the bread was an awful fluffy tasteless ciabatta wannabe.  The 5 teeny pieces of deep-fried shrimp were edible per se but didn't really make for a satisfying sandwich, made me feel like a poor boy.   The tomato and lettuce, whatever.  The fries were so greasy/soggy in appearance that I didn't even bother.  Blech.