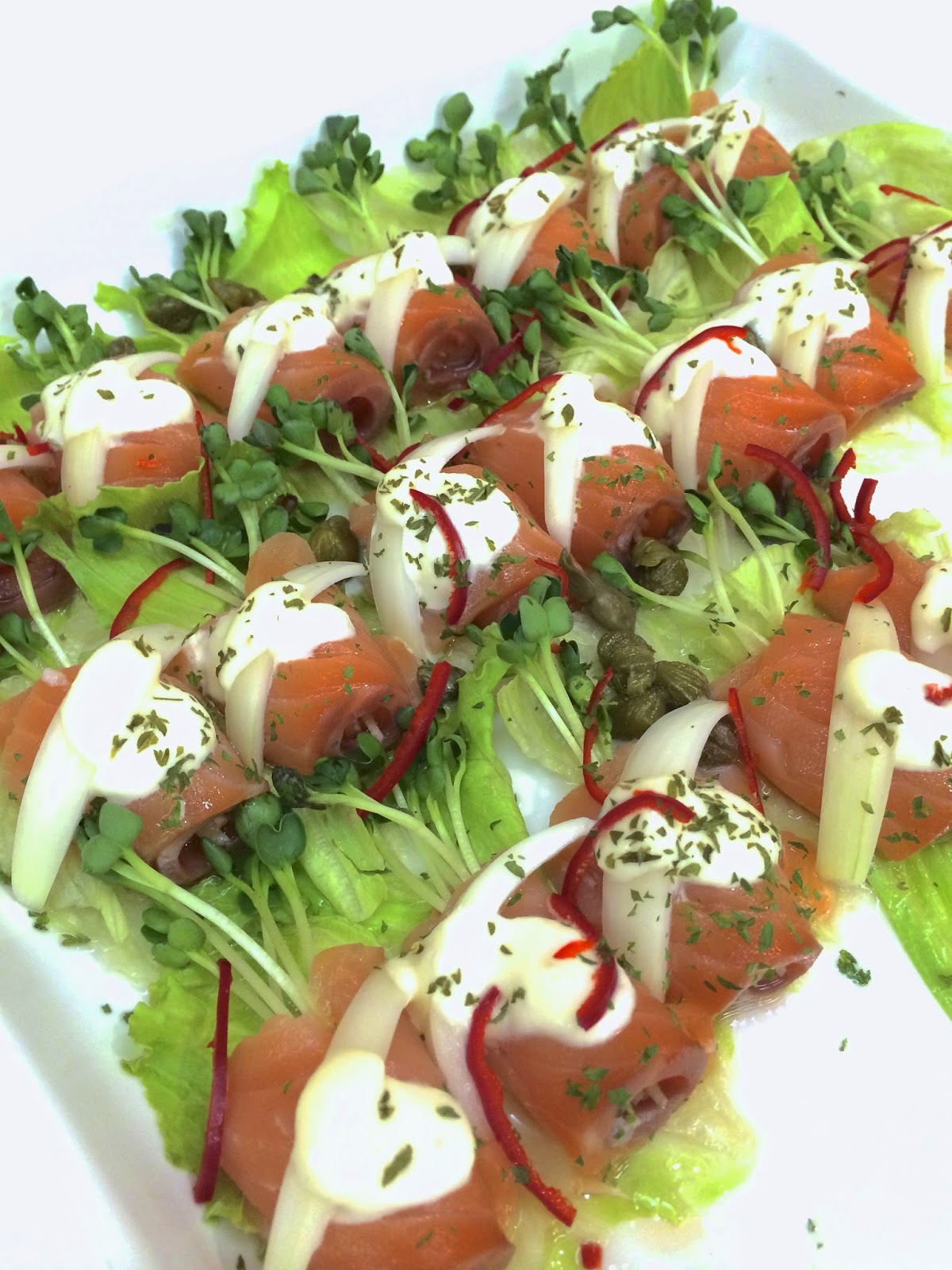 with various WHO/WPRO staff, international experts, and other participants

For my first duty travel to Korea, I've been dispatched to attend a pair of back-to-back meetings concerning tobacco control.  Both are in support of the lawsuit by the National Health Insurance Service (NHIS) against the three major tobacco companies operating in Korea (see generally 5.059 Sweet & Sour Lapu-Lapu).

Informal Round-Table Meeting on Litigation as a Tool for Tobacco Control in the Republic of Korea. Hosted by NHIS, along with the Korean Society for Research on Nicotine and Tobacco and the Korean Association on Smoking and Health.  Experts in public health, medicine, and law, including experts with extensive tobacco litigation experience in the United States, as well as civil society groups and other key stakeholders, gathered behind closed doors to examine previous lawsuits in Korea and in America and to strategize on the current case.  Due to the sensitive and confidential nature of the discussions, I can't reveal any specifics here, but I do declare with no uncertainty that the meeting was an overwhelming success--the tobacco industry is in for hurt. 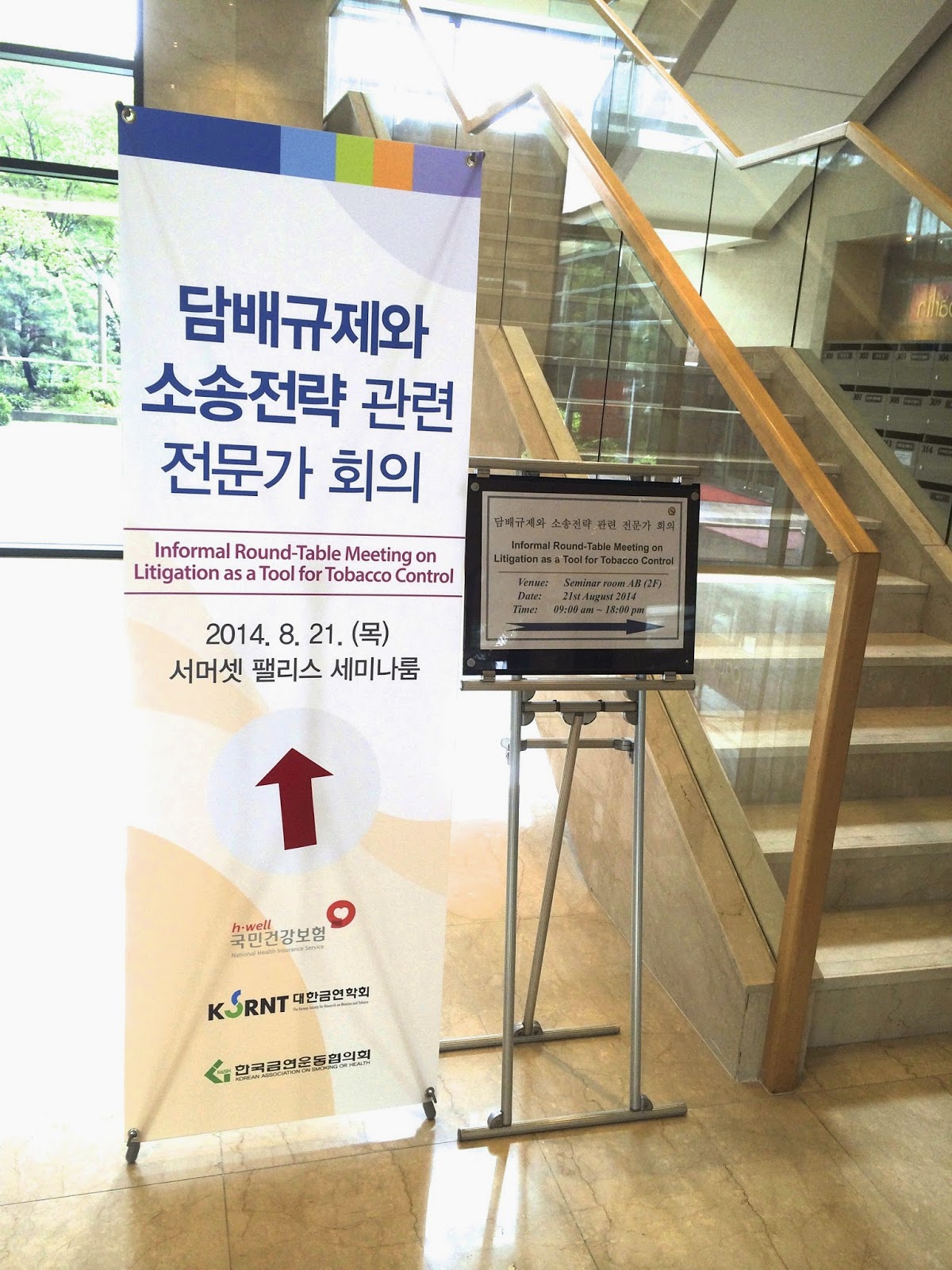 For dinner afterwards, we were all treated to a buffet in the hotel, where the meeting had been held.

The food was interesting.  Half of the items consisted of hors d'oeuvres, all rolled in some fashion, heavy on veg, but also containing seafood and meat, not exactly Korean, not exactly western, a kind of fusion appetizer that's becoming more popular these days, especially at meals targeting foreigners (see for comparison 2.285 Radish-Ham Rolls), though I've never seen them done to this extent and variety.  I wouldn't say that they were particularly good, but I could appreciate the artistry.  The Americans were probably thinking, "Where's the Korean BBQ?" 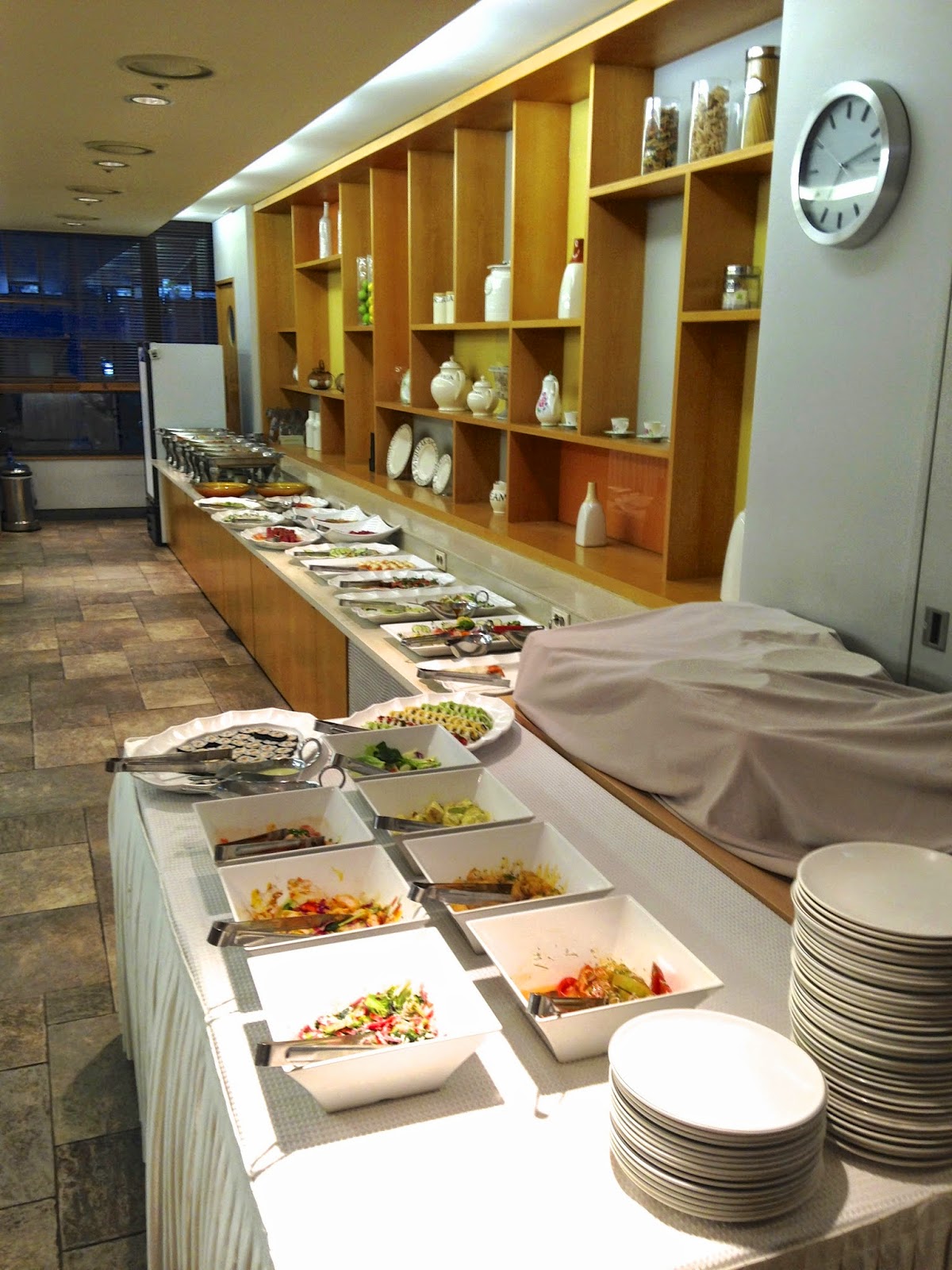 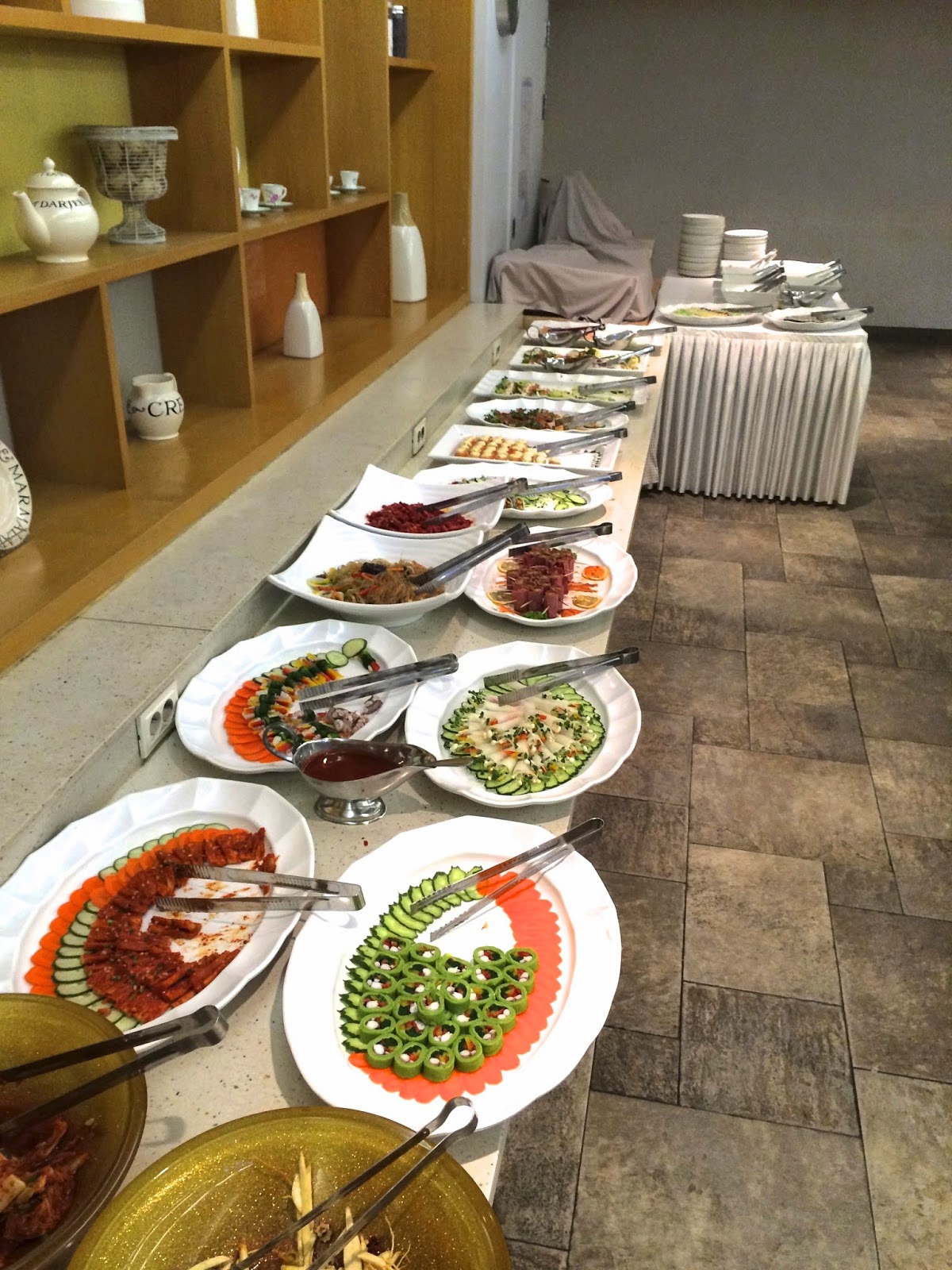 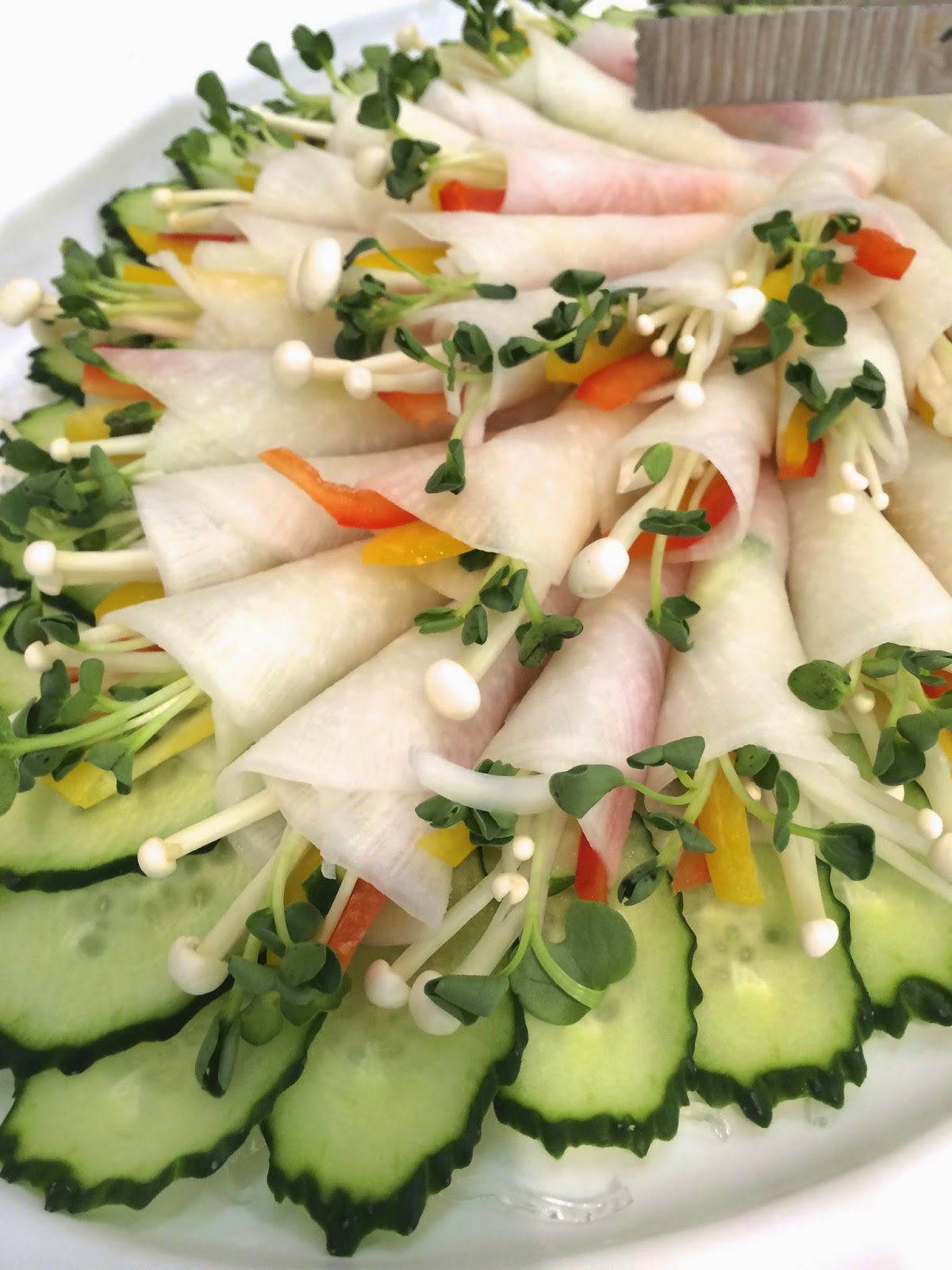 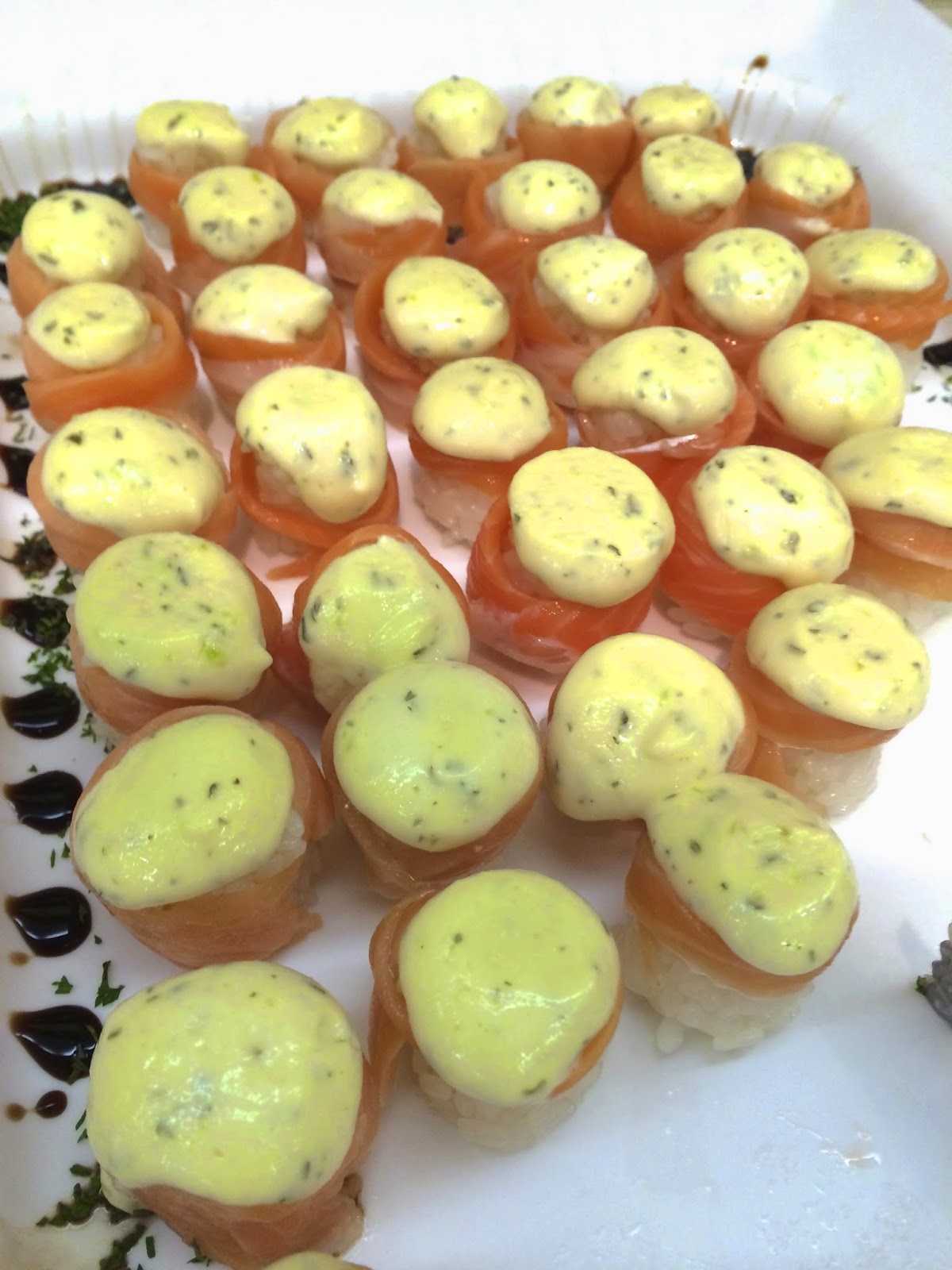 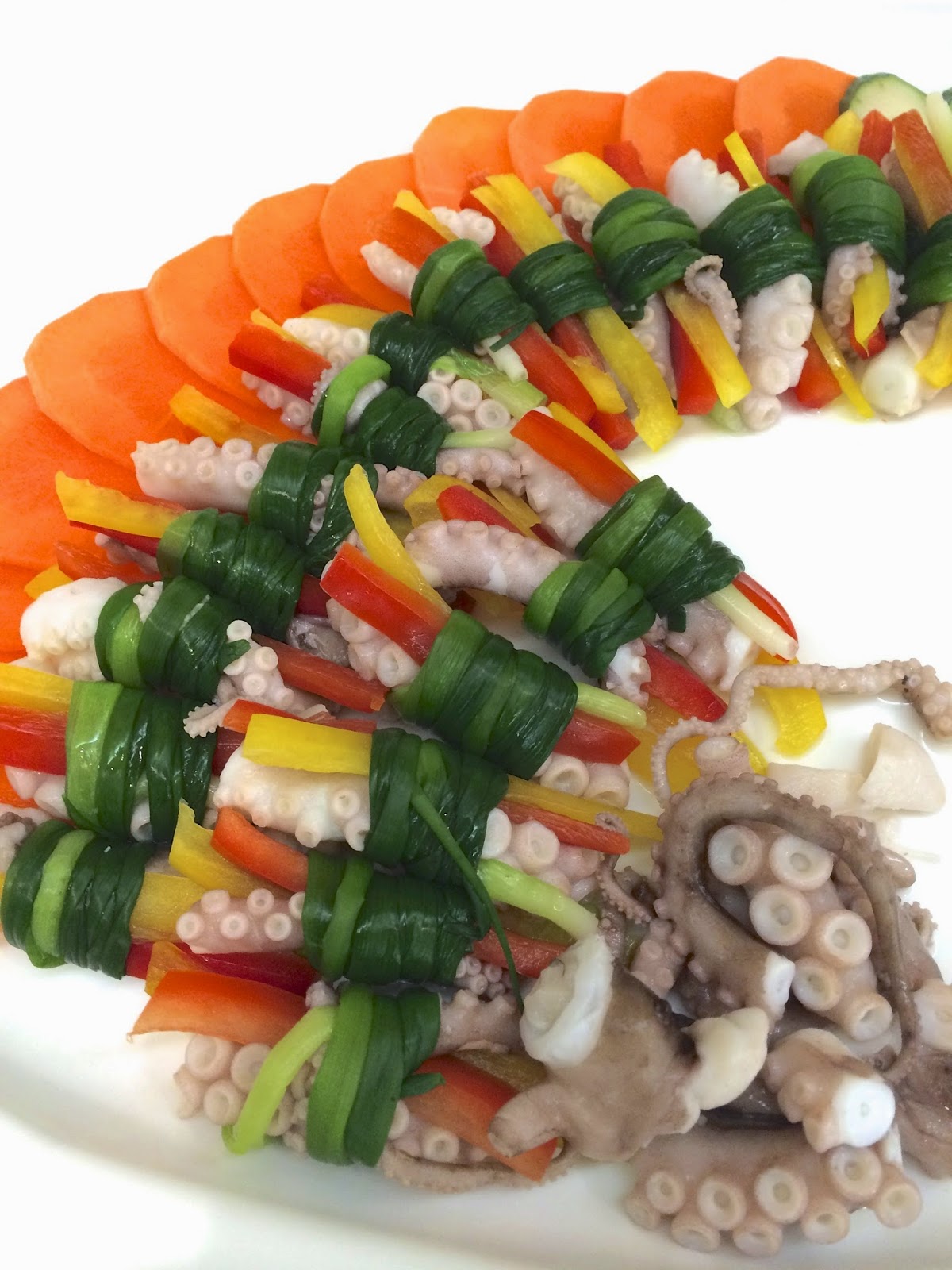 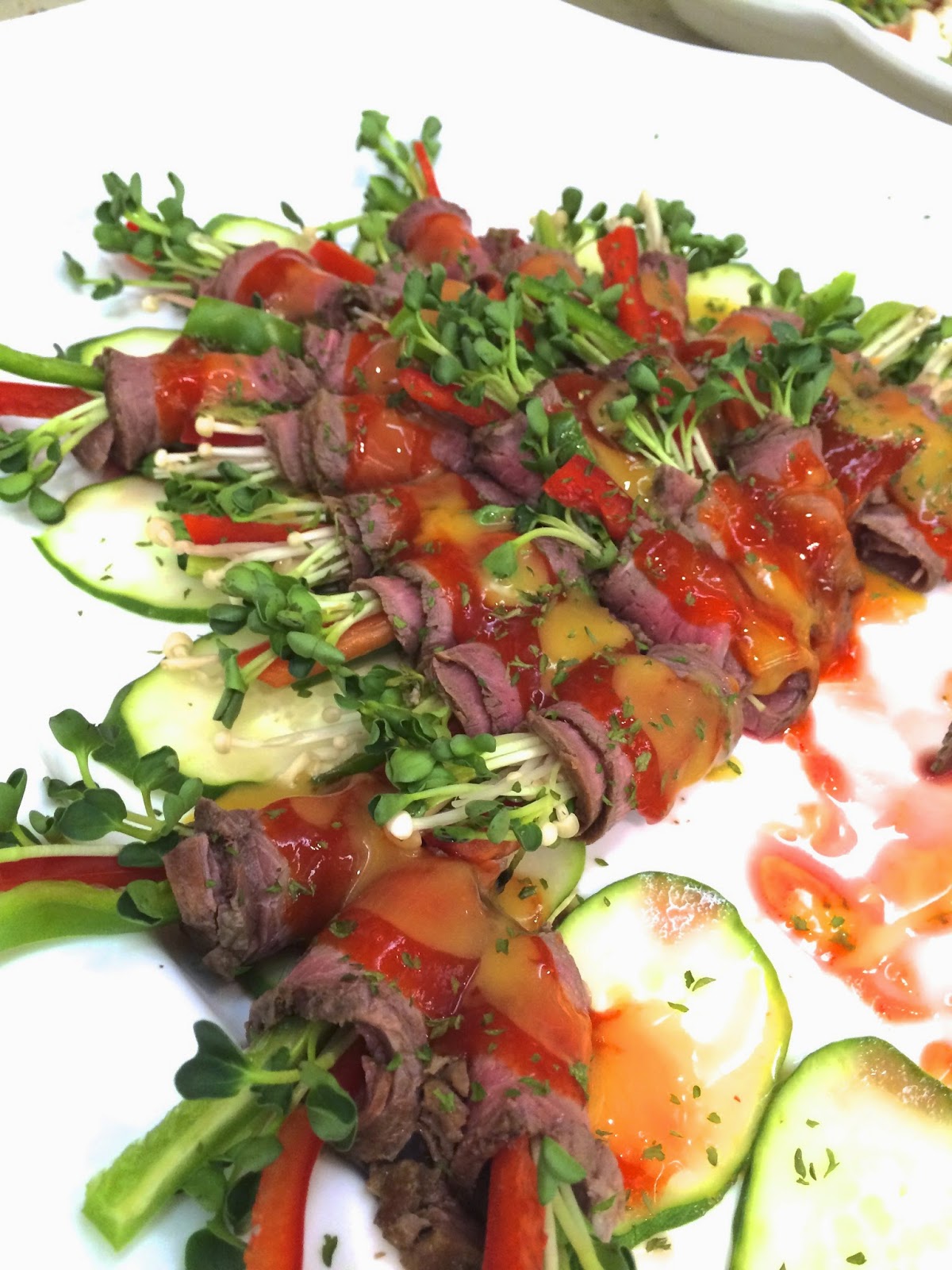 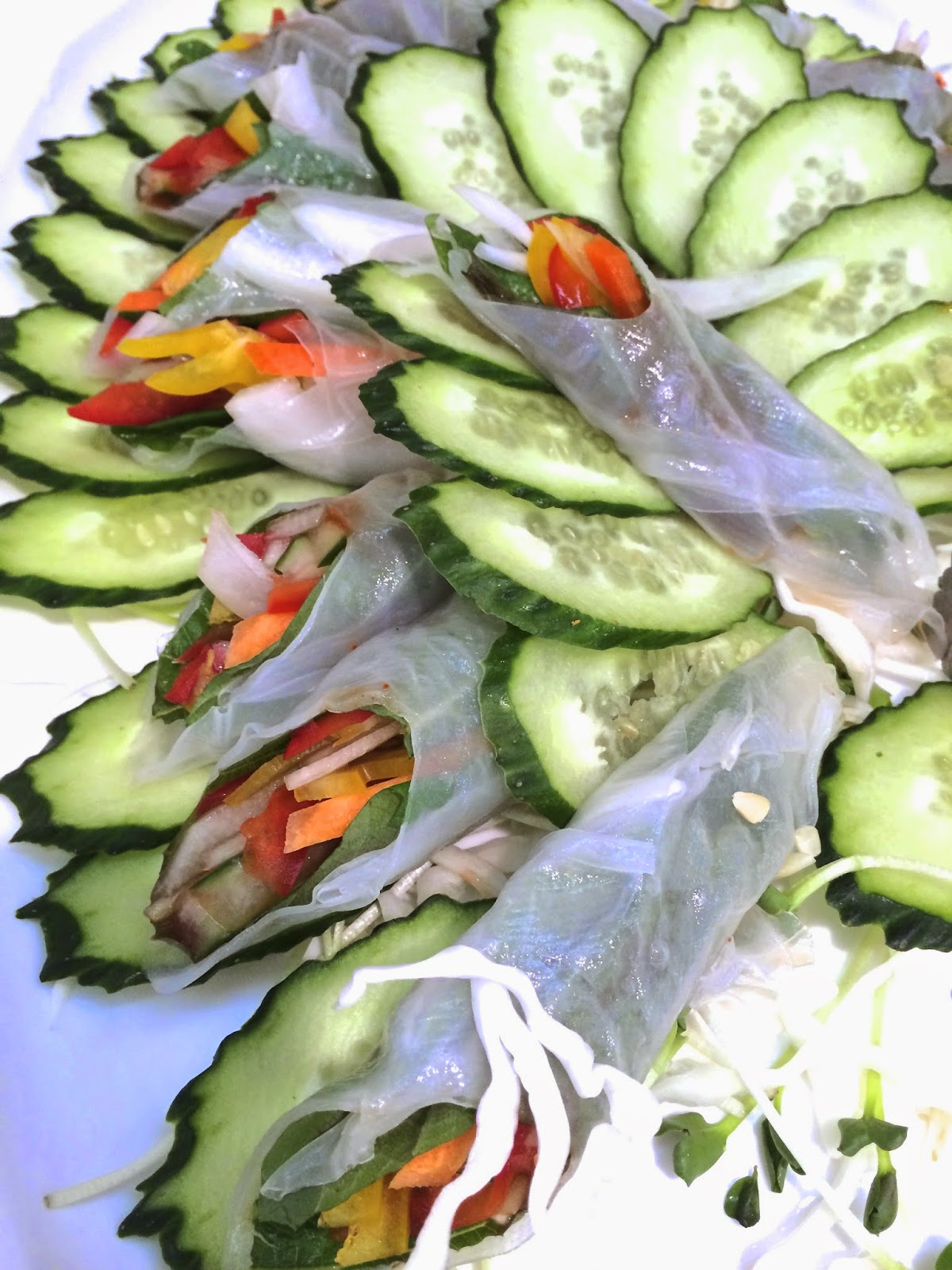 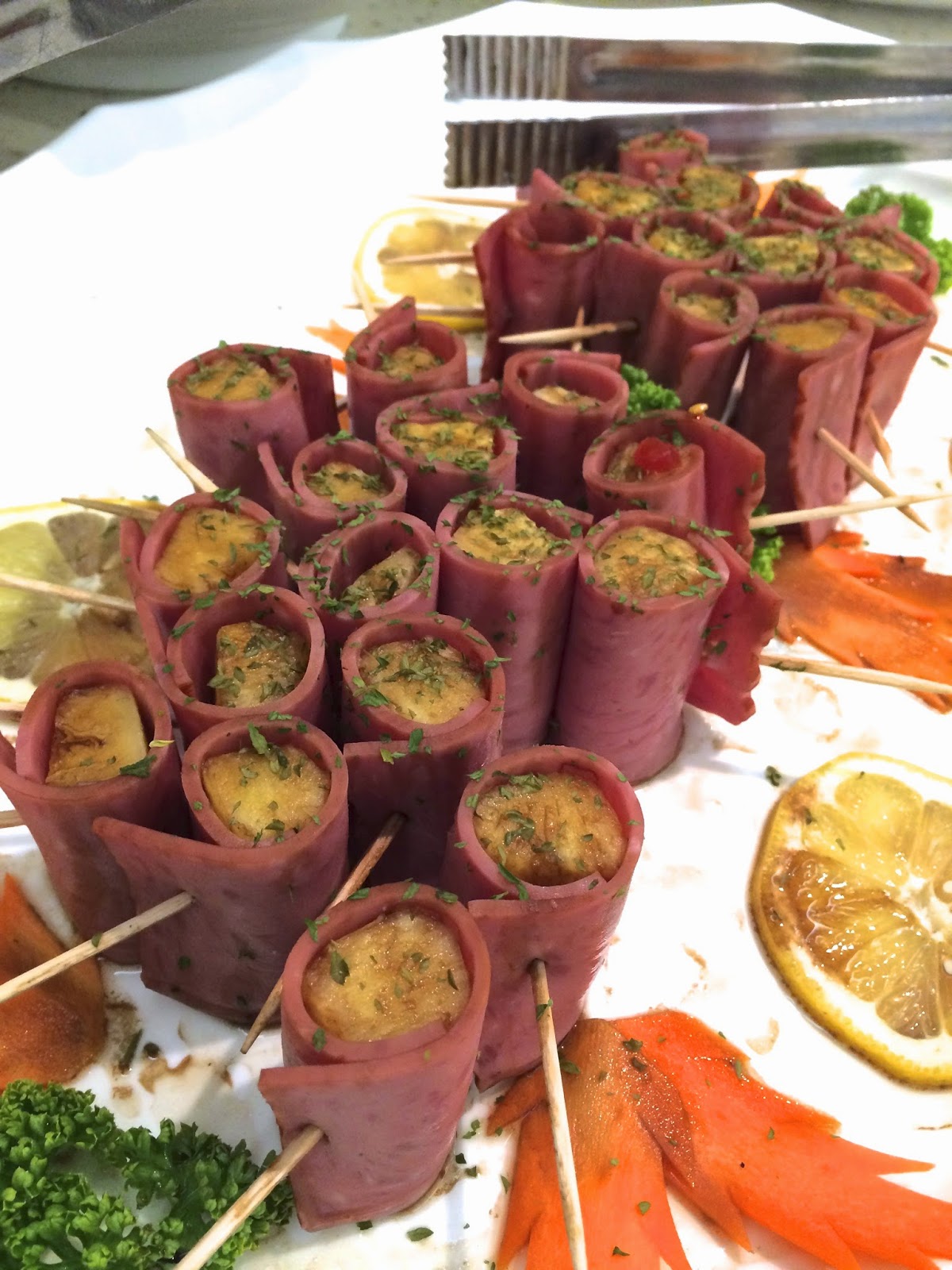