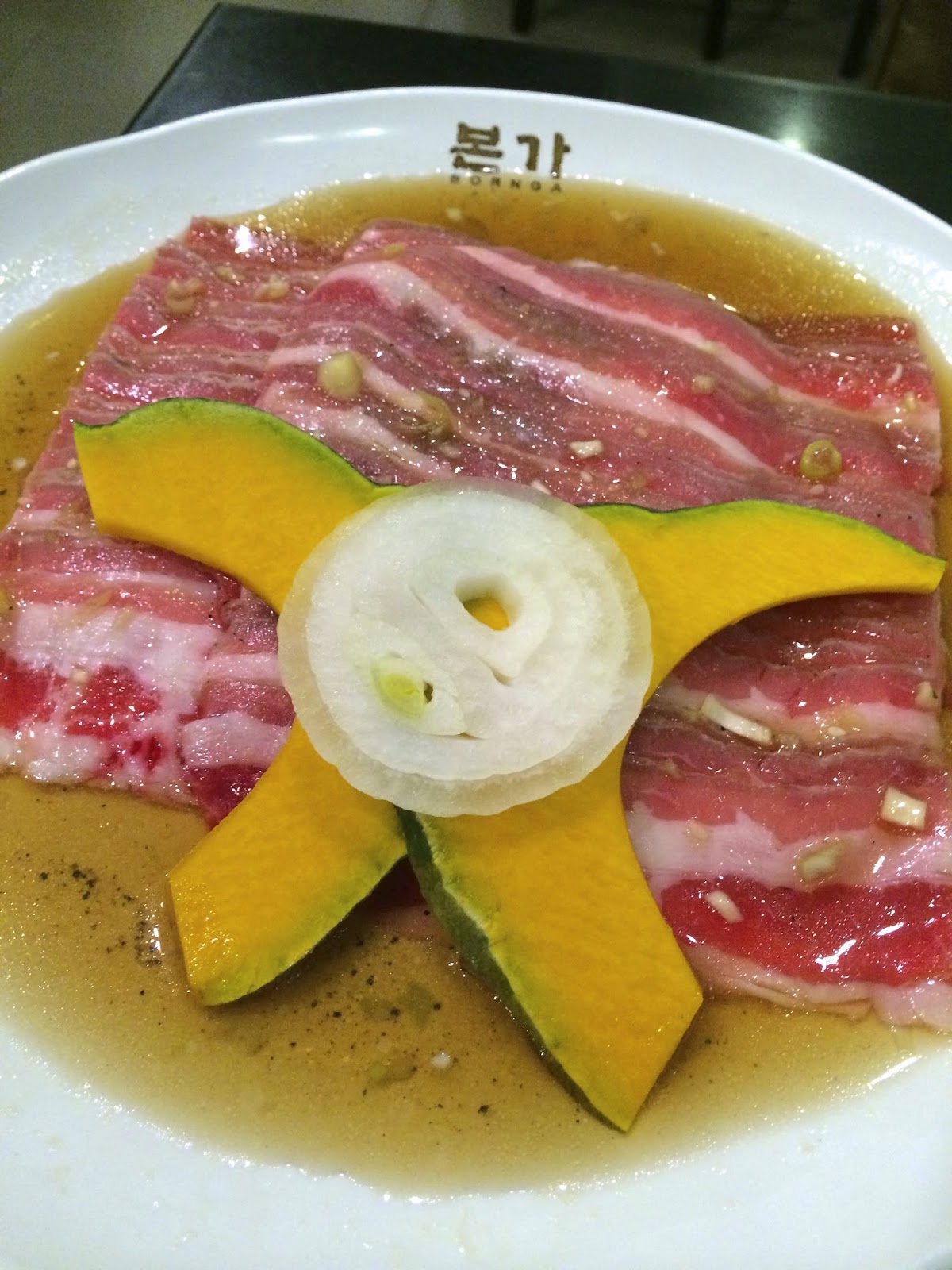 
Bon-Ga (본가) was once our family's go-to neighborhood restaurant back home in Oksu.  Indeed, it's the site of the blog's very first post (see generally 1.001 Grilled Pork Galbi).  Over the years, however, we frequented the place less and less, until eventually we stopped altogether (see most recently 4.095 Grilled Woo Samgyeop + Samgyeopsal).  Sadly, the Oksu branch has since shut down.

All that time, I hadn't realized that the chain, which currently has 41 locations throughout Korea, has 20 branches overseas, including China, Indonesia, Malaysia, Singapore, and now the Philippines.  Apparently, the official English spelling is "Bornga."*  The Philippines branch is located in Makati, Alphaland Makati Place Mall, on the corner of Ayala Avenue and Malugay Street.  Opened January 2014. 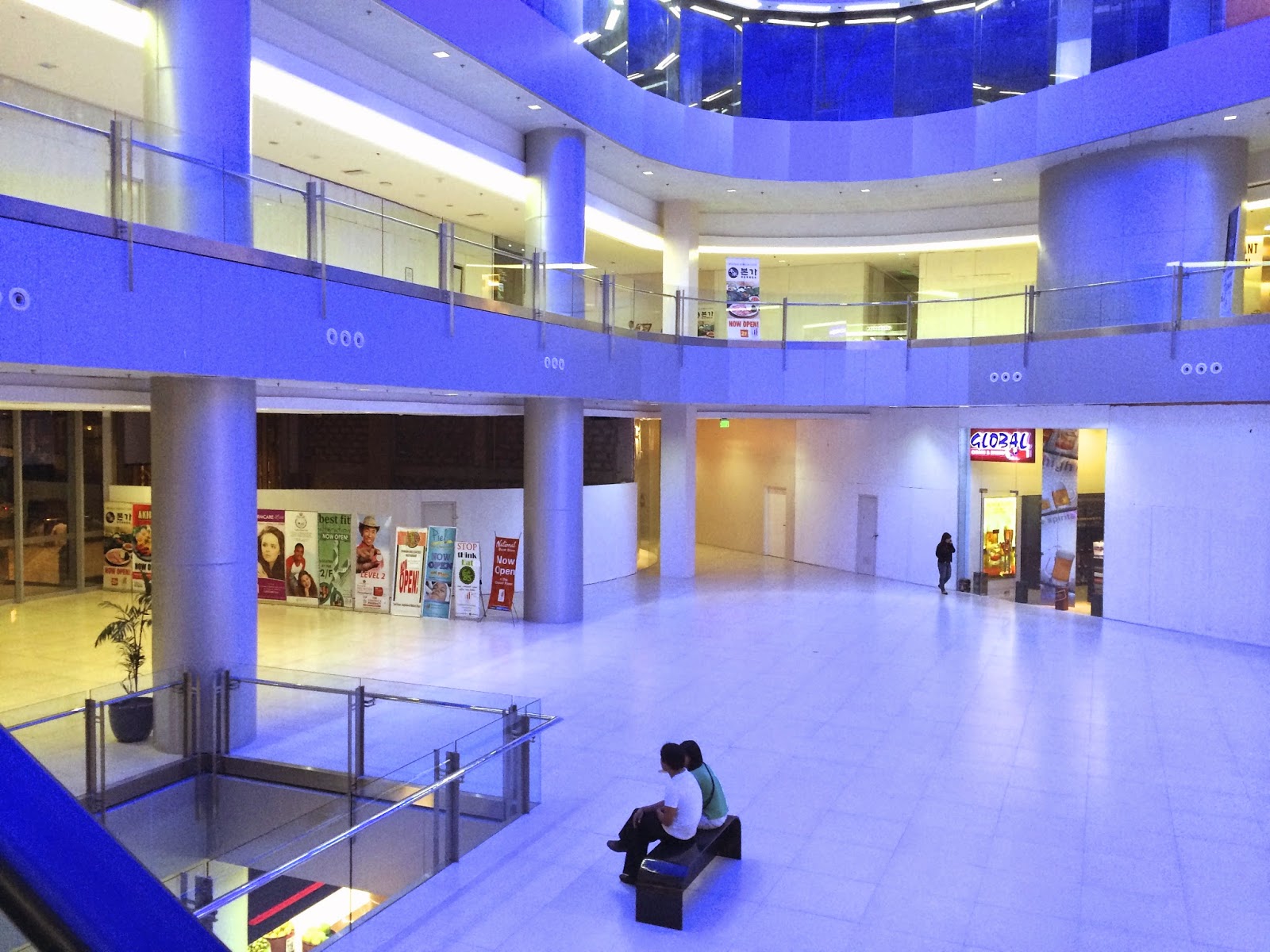 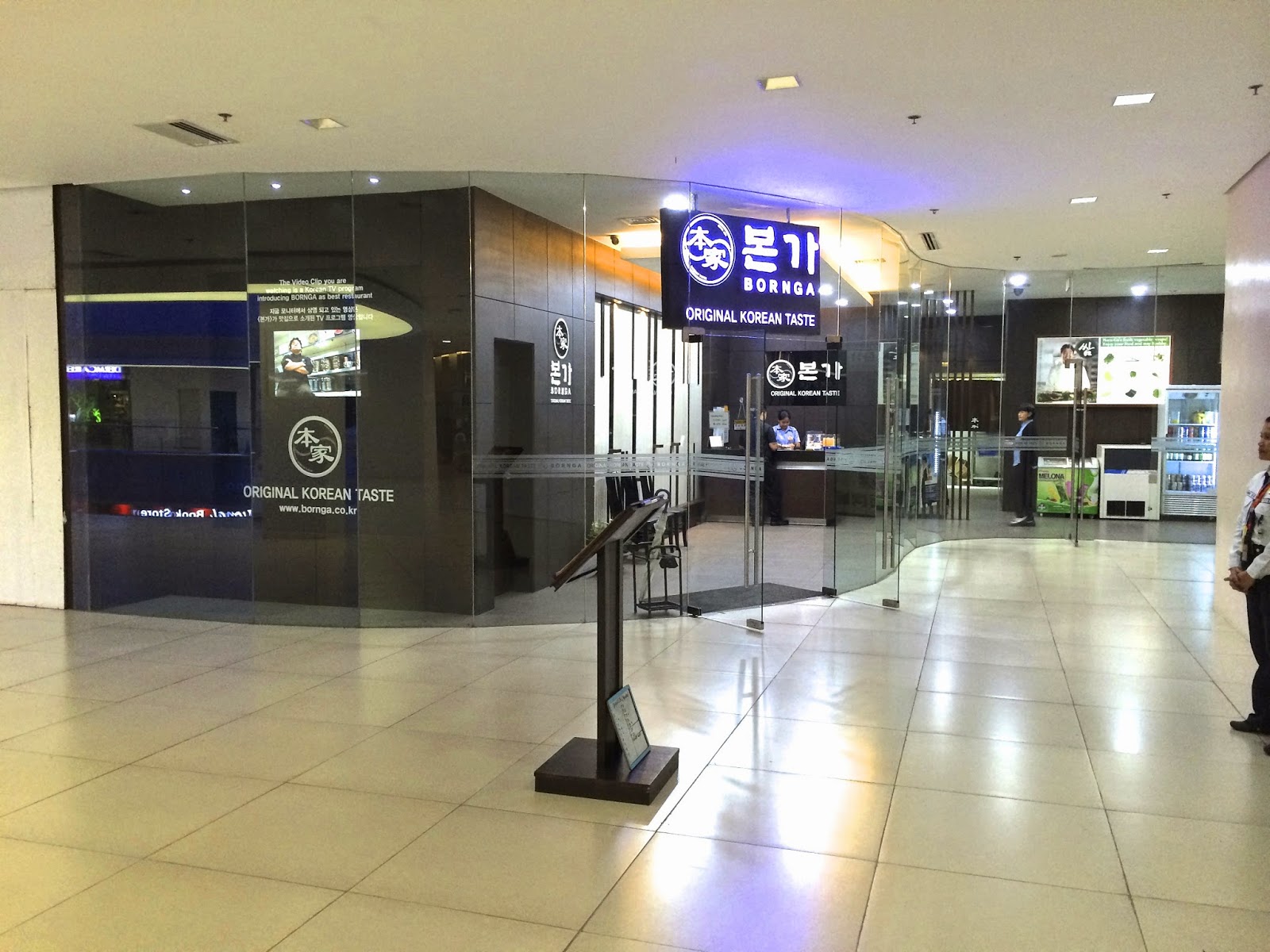 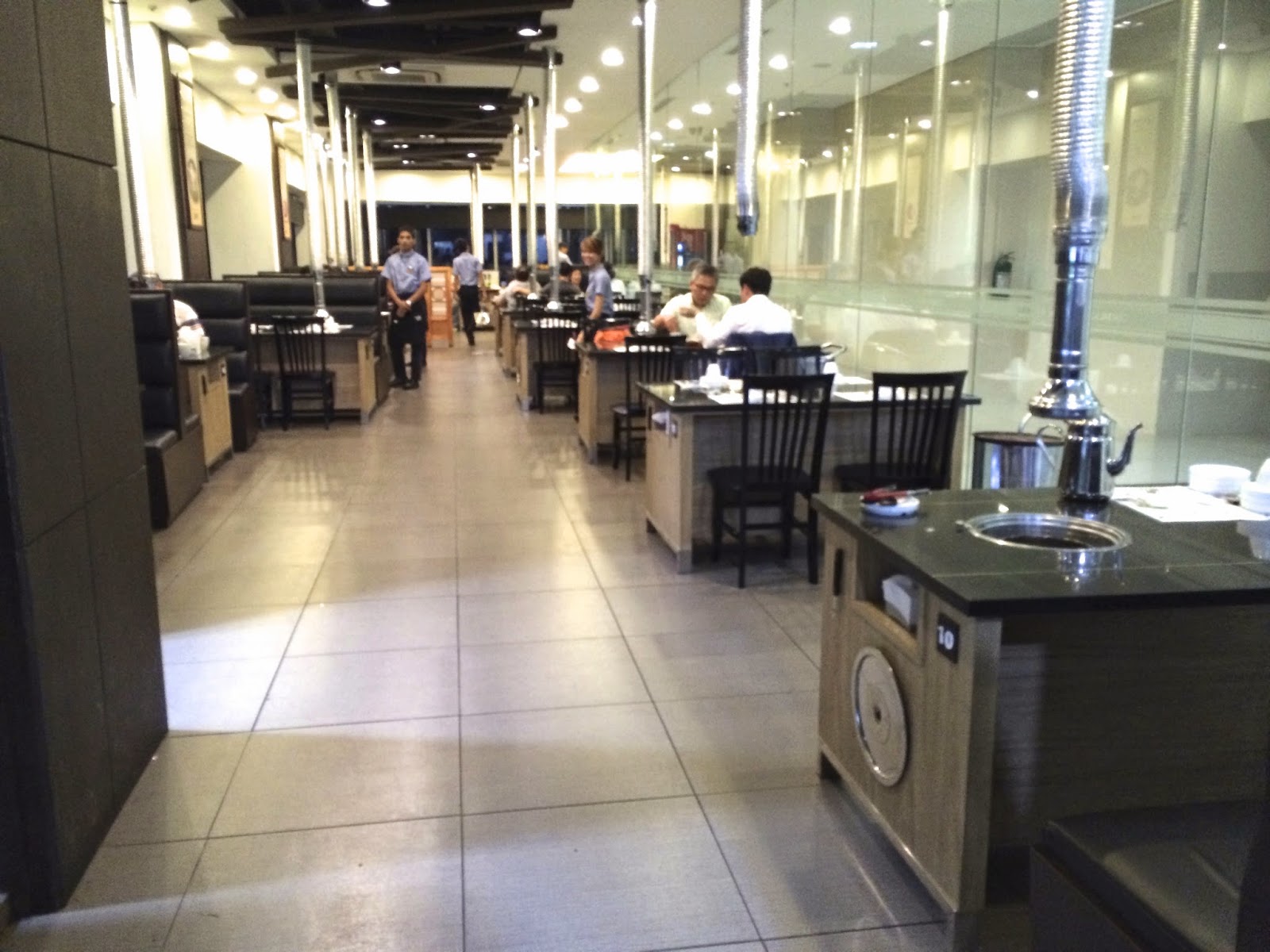 *Don't know why, but Koreans sometimes insist on adding an "r" or "l" to transliterations of certain Korean words into English, even though the sound isn't part of the word when written or pronounced in Korean.  For example, I met a guy with the same last name as me, but he spelled it "Halm;" when I asked him why the "l," he replied that "Harm" would be weird [Lisa, you know who I'm talking about, right?]. 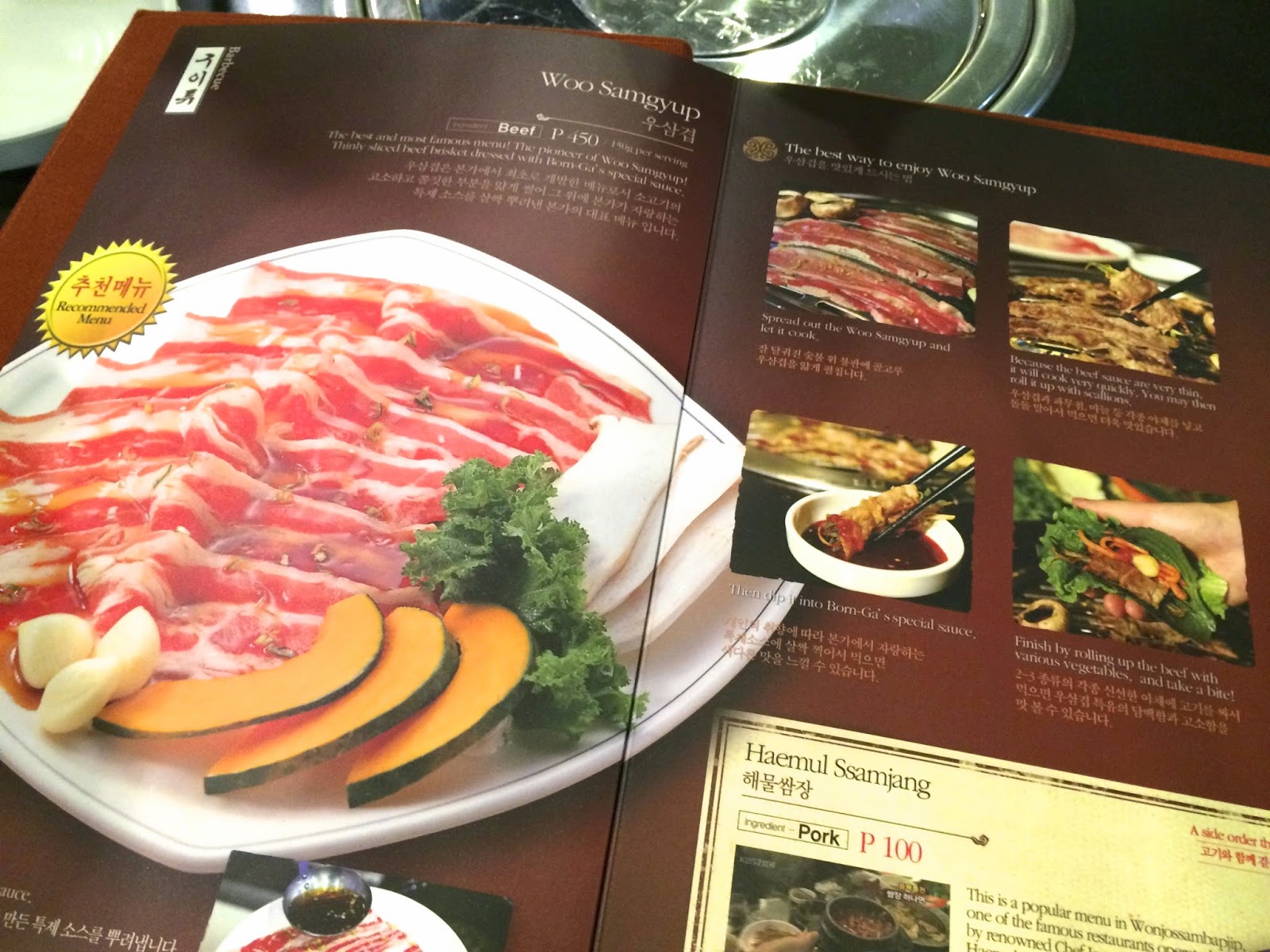 On the surface, everything about the place is quite slick--best-looking menu that I've seen anywhere in the Philippines--making me think that it had no official connection to the chain in Korea, which tends to be much more down-to-earth, at least the locations that I've been to. 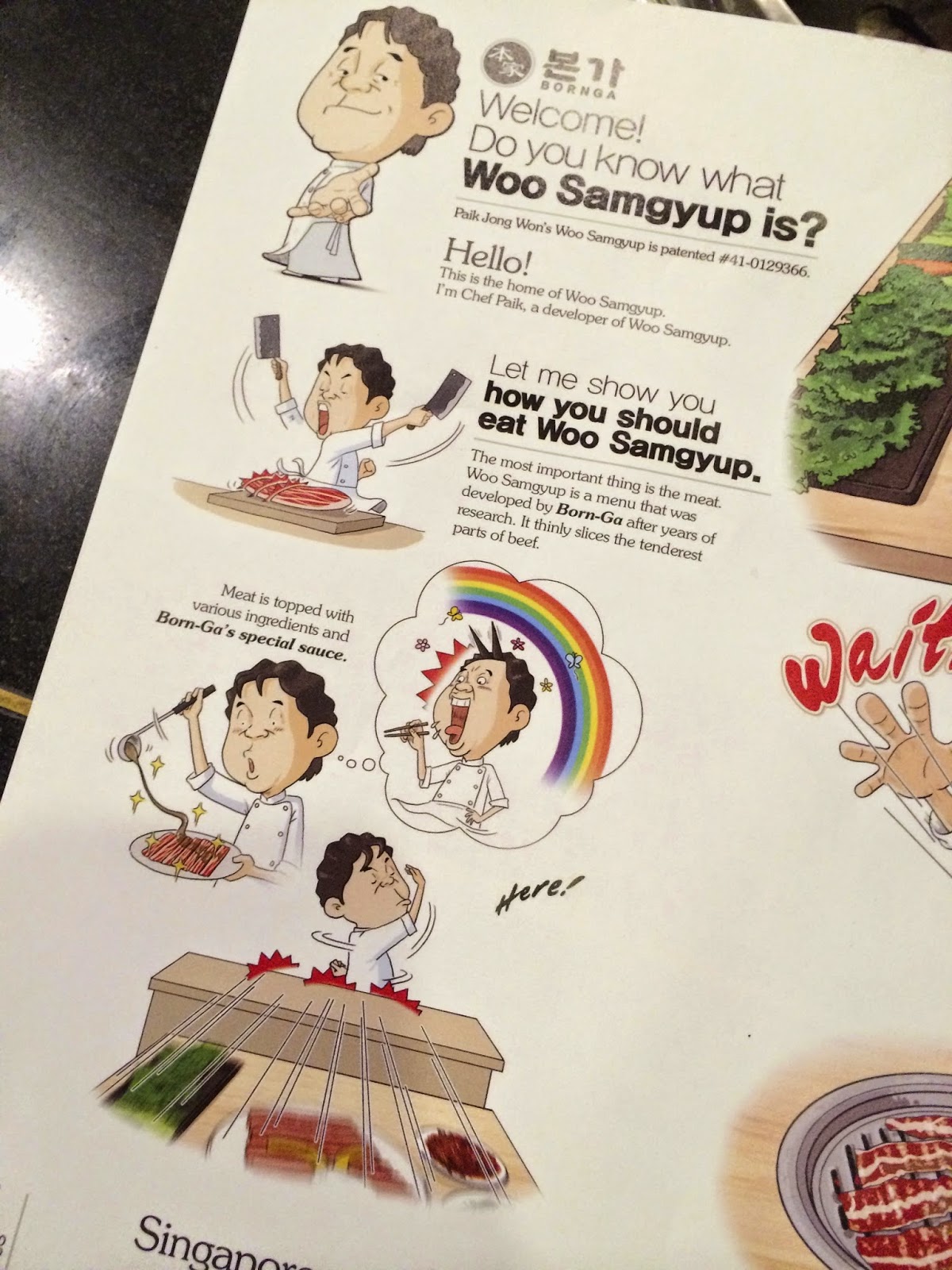 None of this explains what woo samgyup is. 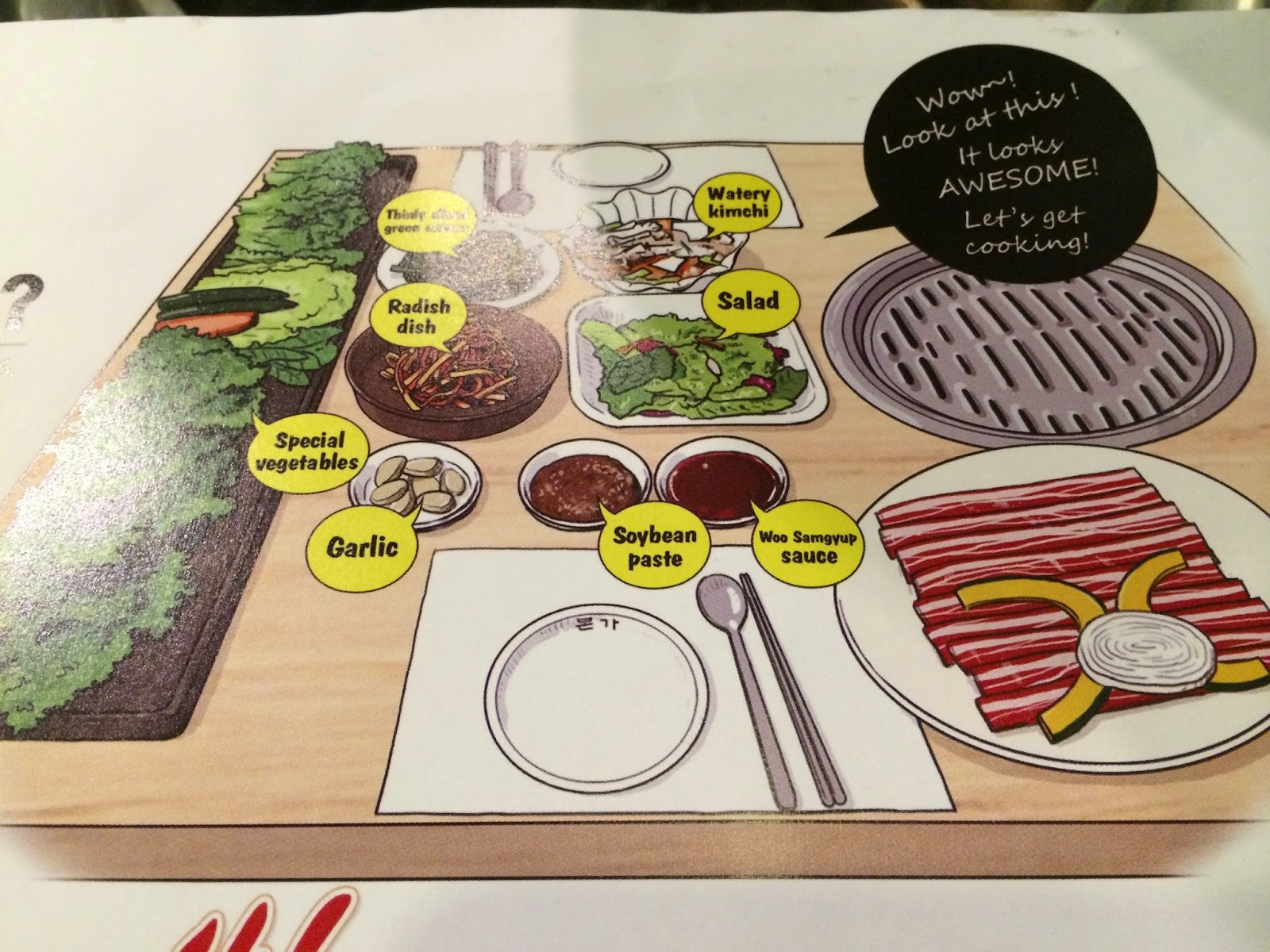 This kind of thing could actually be helpful, but it would need to cover everything on the table, not just the self-explanatory items, like "special vegetables." 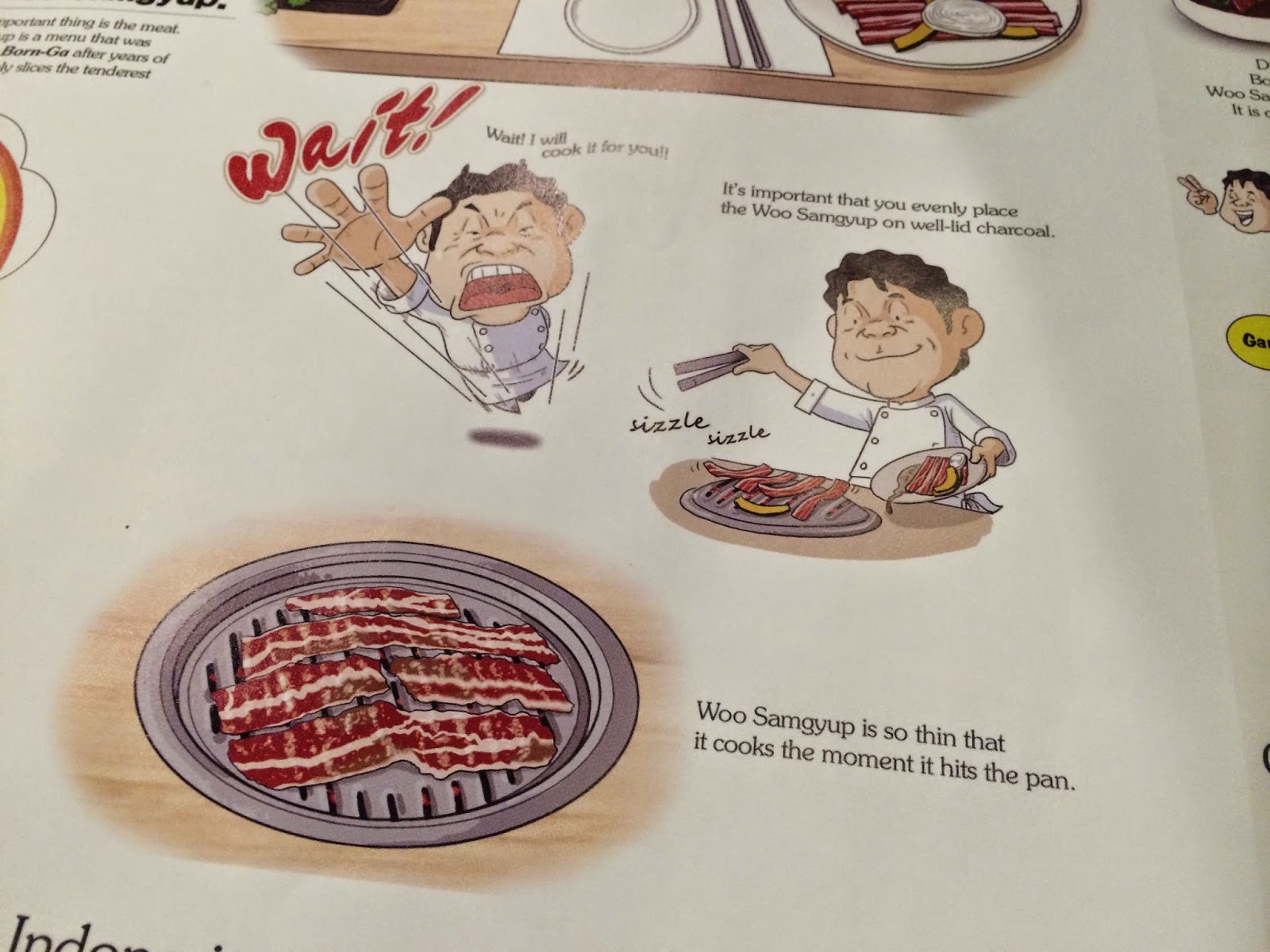 No, it does not cook the moment that it hits the pan. 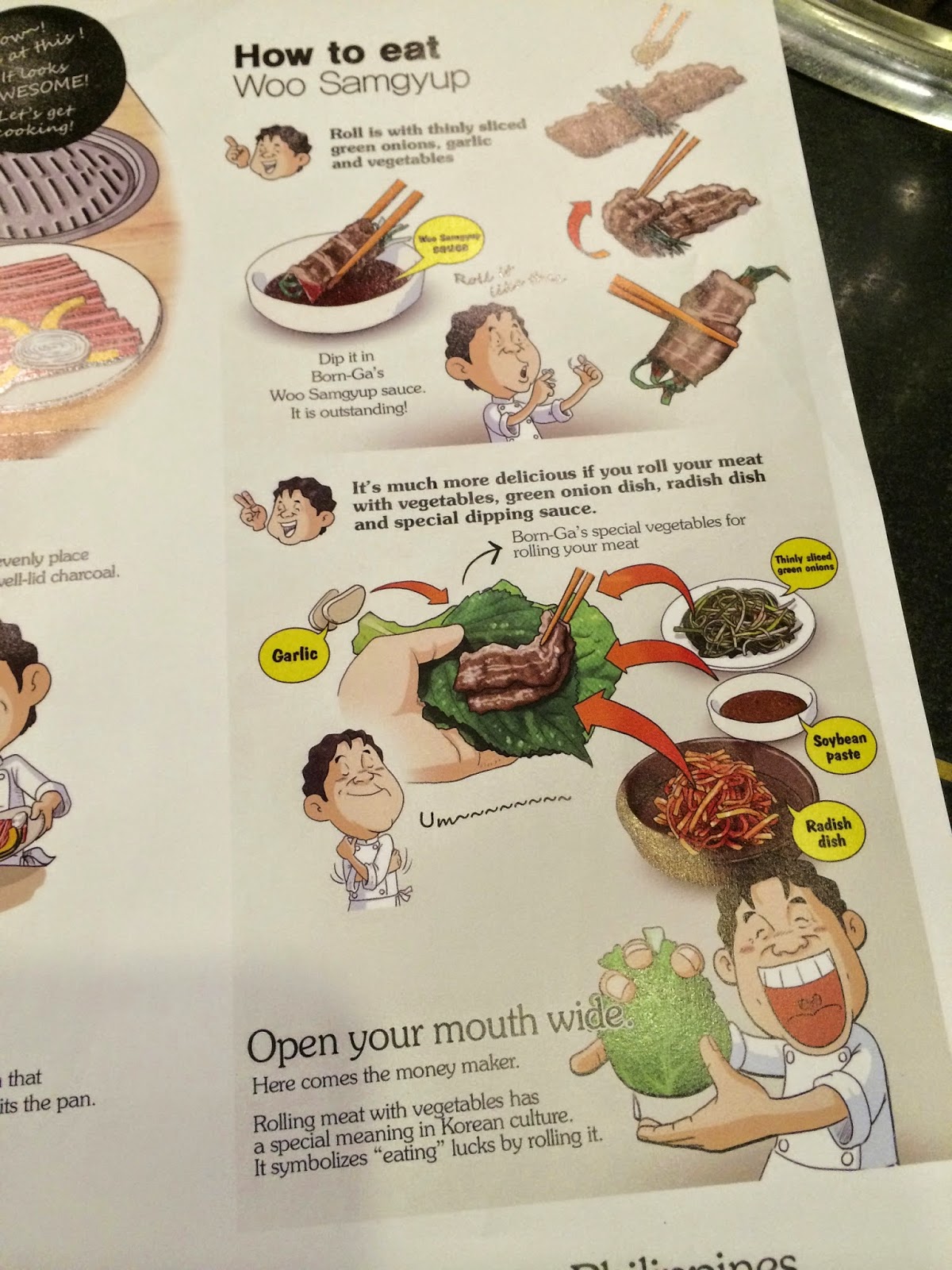 The food was very good.  For starters, the "special vegetables" comprised the freshest, most vibrant spread of greens that I've encountered anywhere in the Philippines, maybe even better than the spread at the Oksu branch (see for example 3.273 Ssam Bap Jeongsik).  The meat, both the woo samgyup and the unmarinated short ribs, were excellent, tender and flavorful, probably the best Korean-style beef that I've experienced anywhere in the Philippines.  The ssamjang was respectable.  The other dishes that we ordered, as well as the complimentary sides, were somewhat mediocre, but decent enough not to detract from the rest.  For Korean BBQ, this is the place to beat. 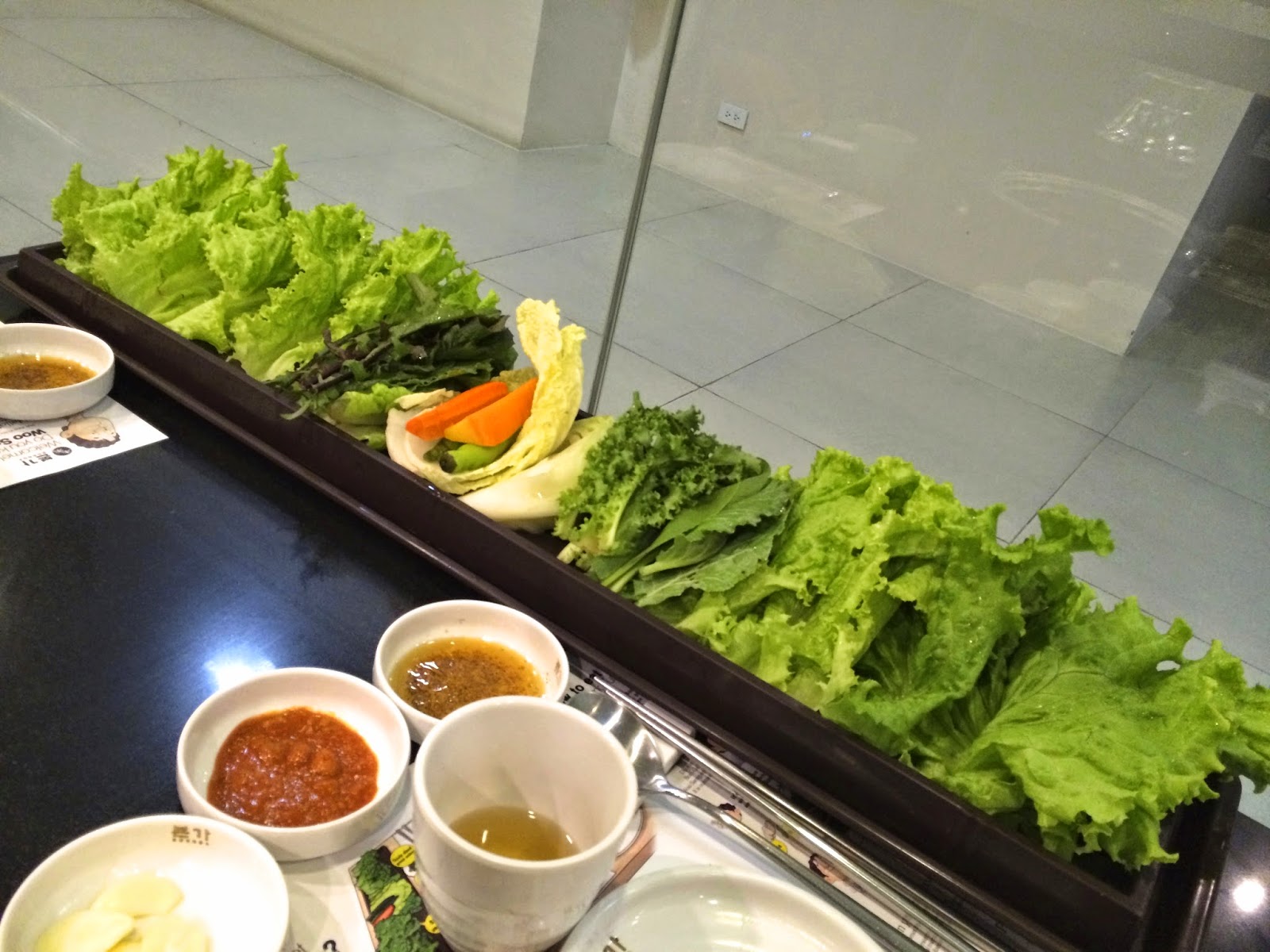 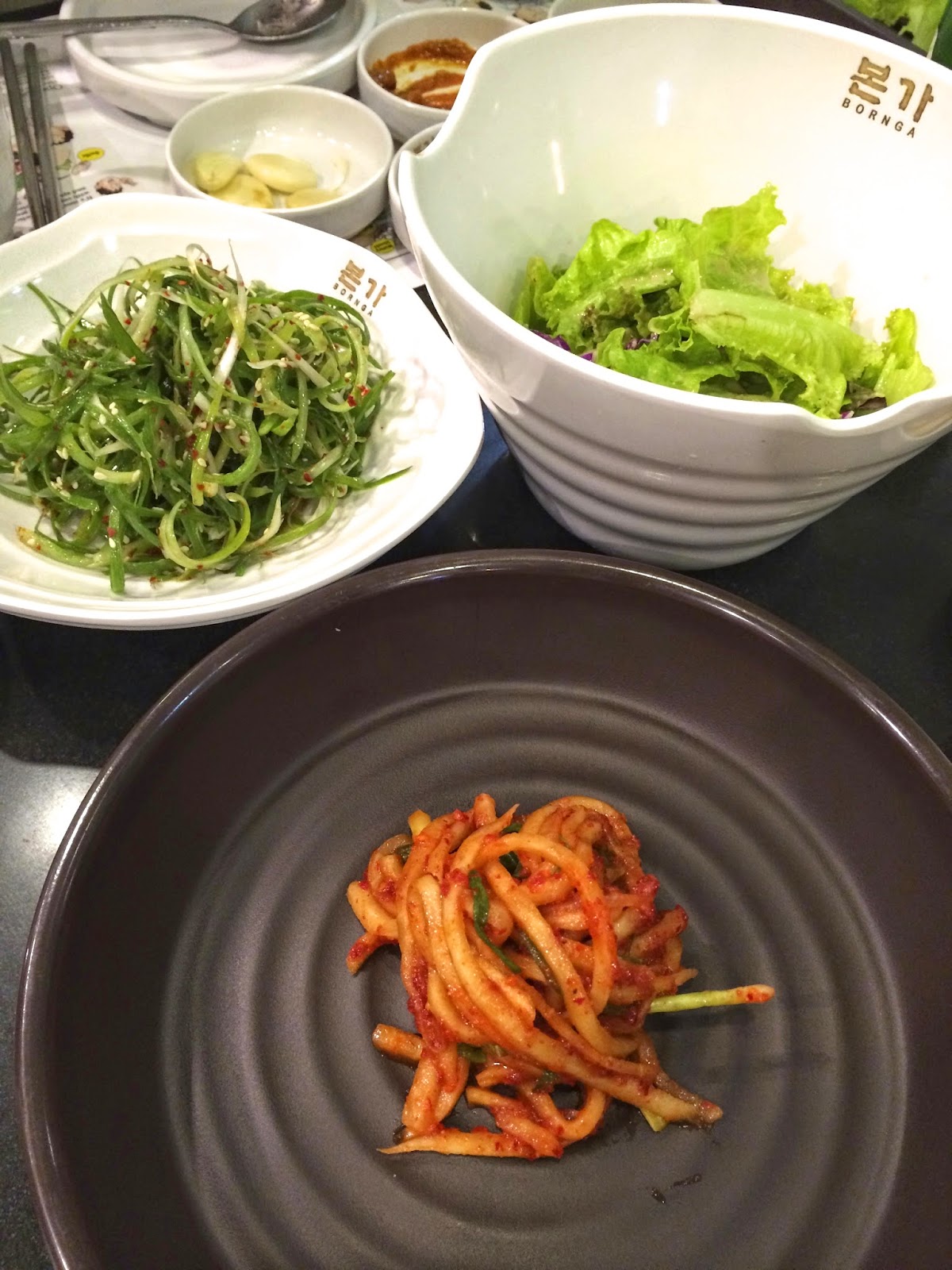 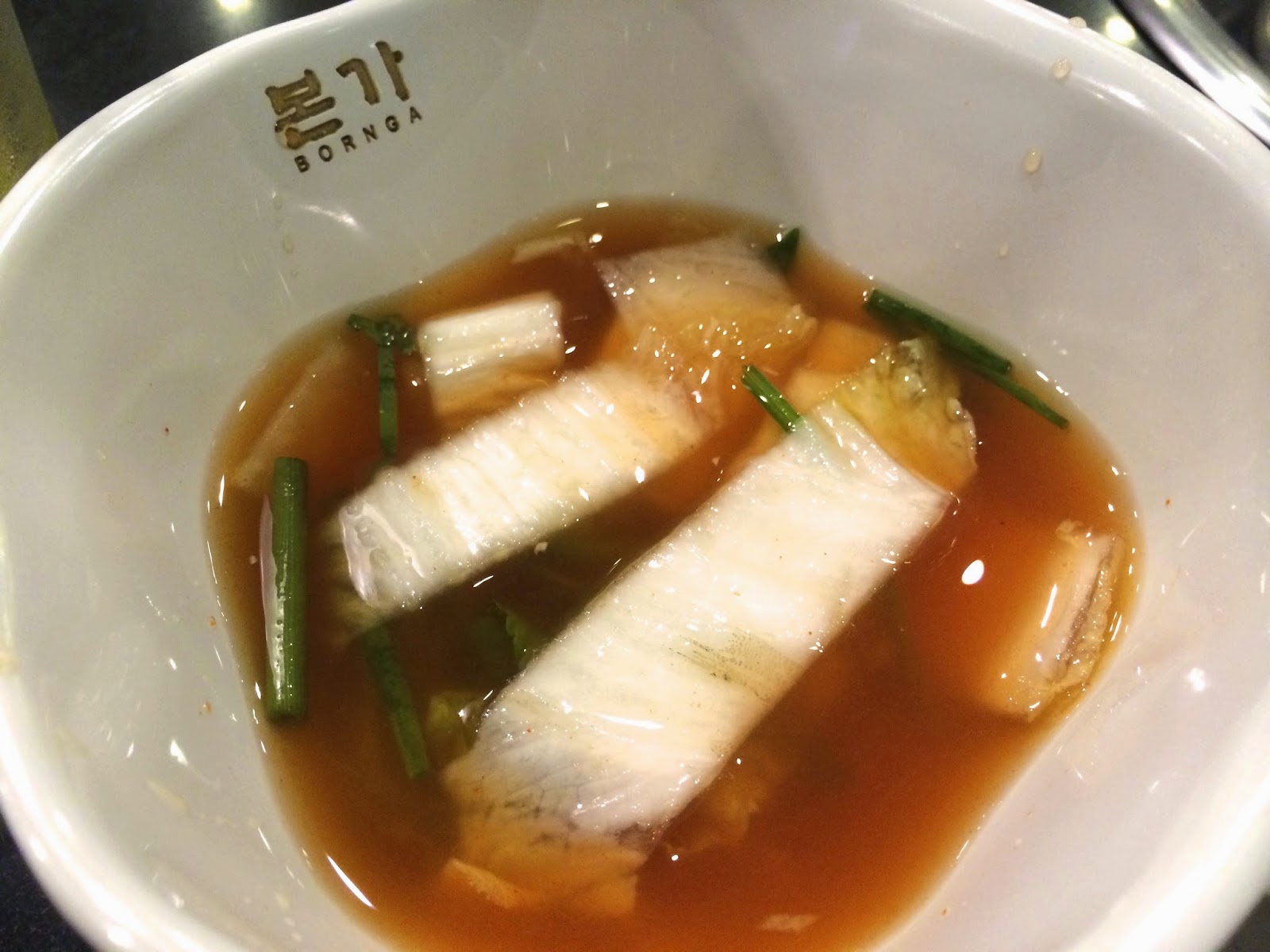 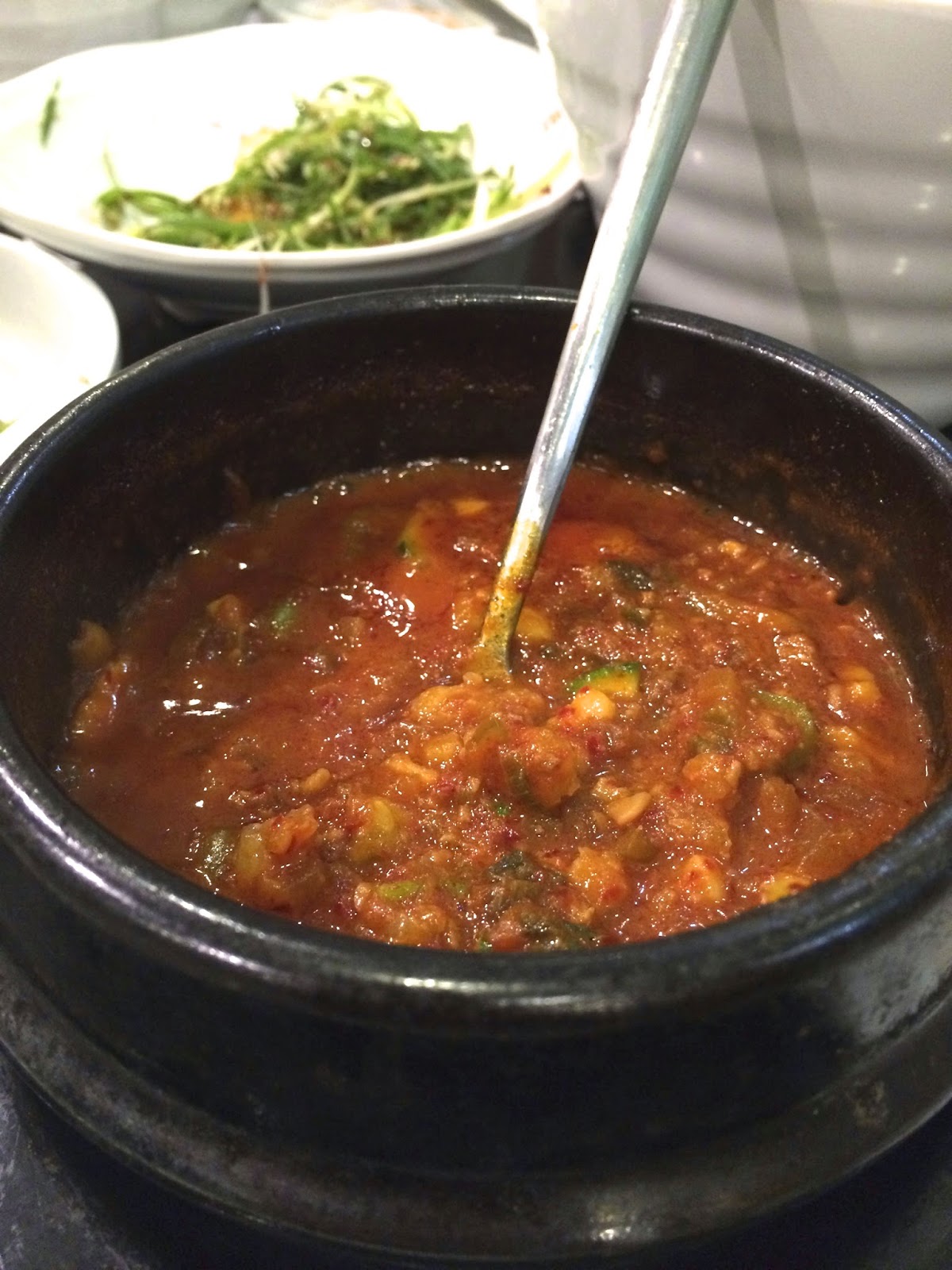 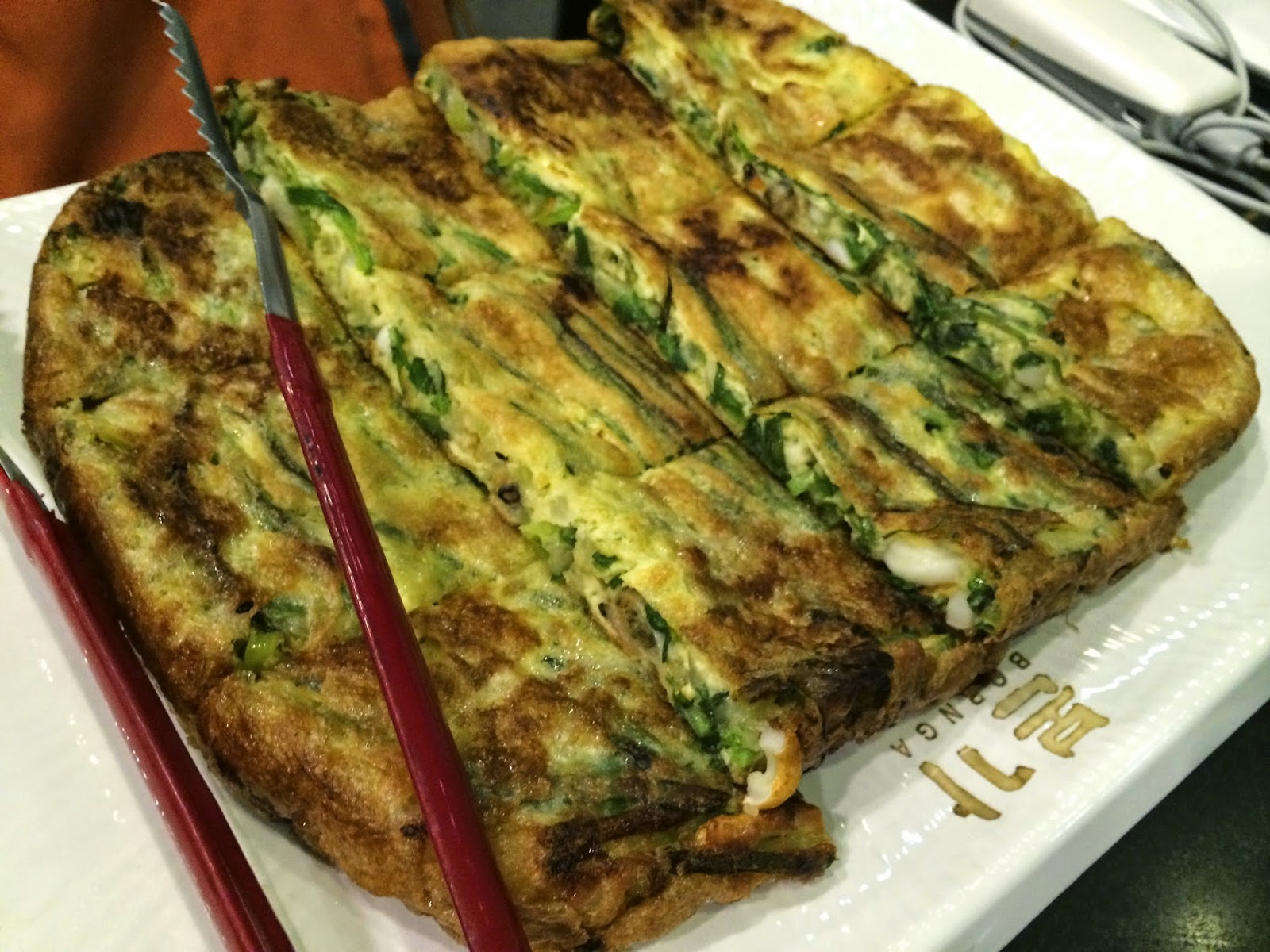 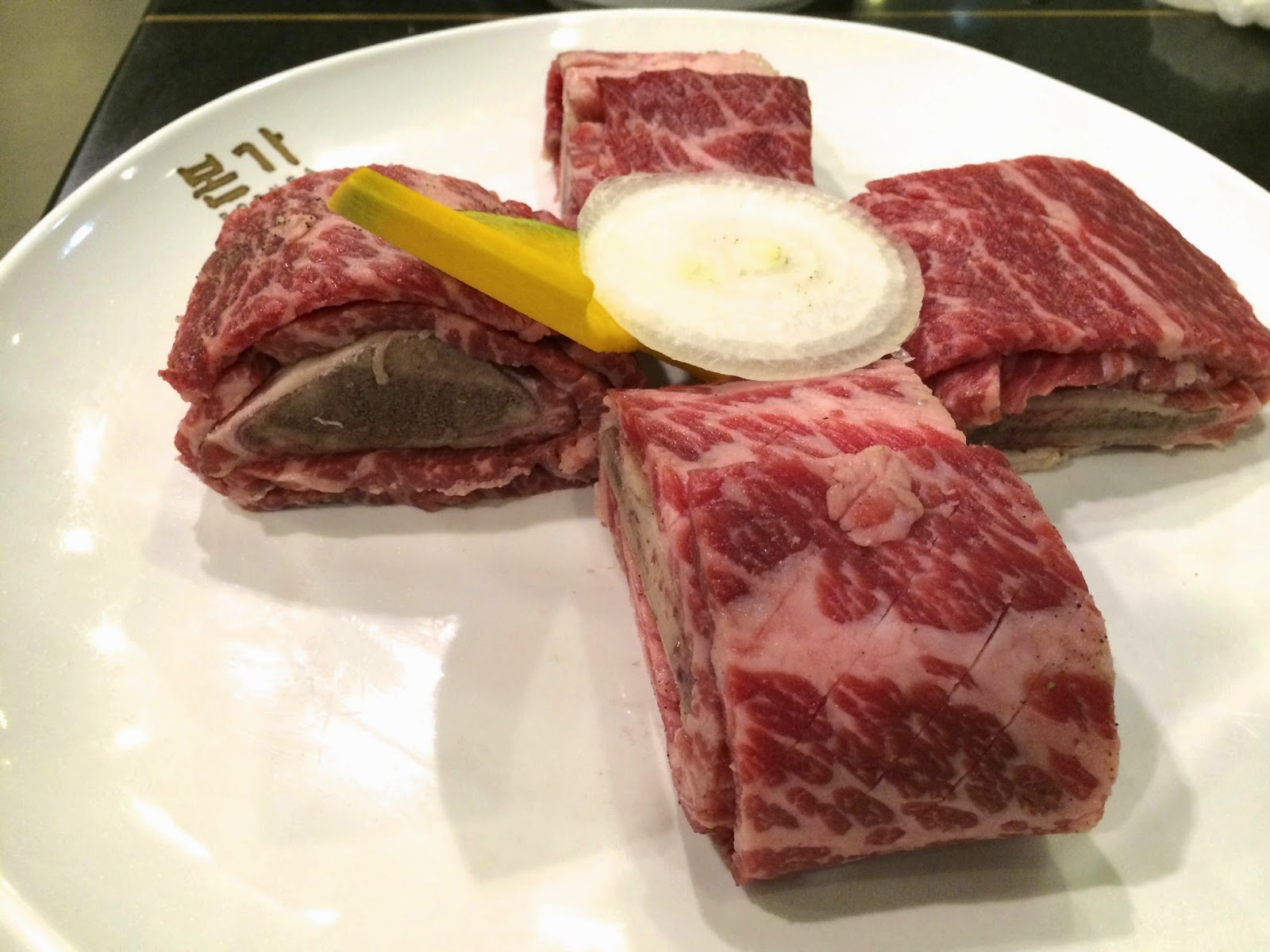 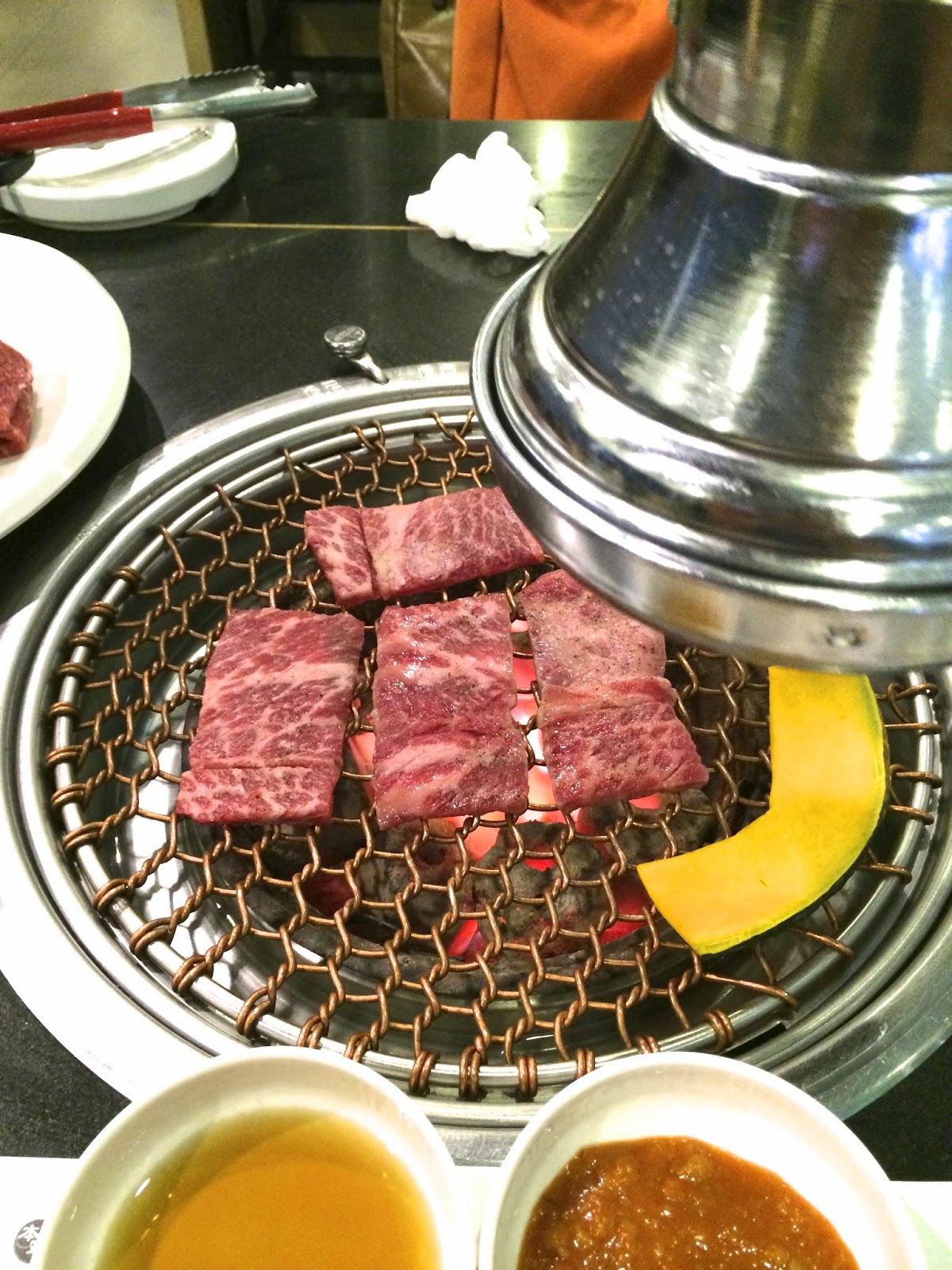 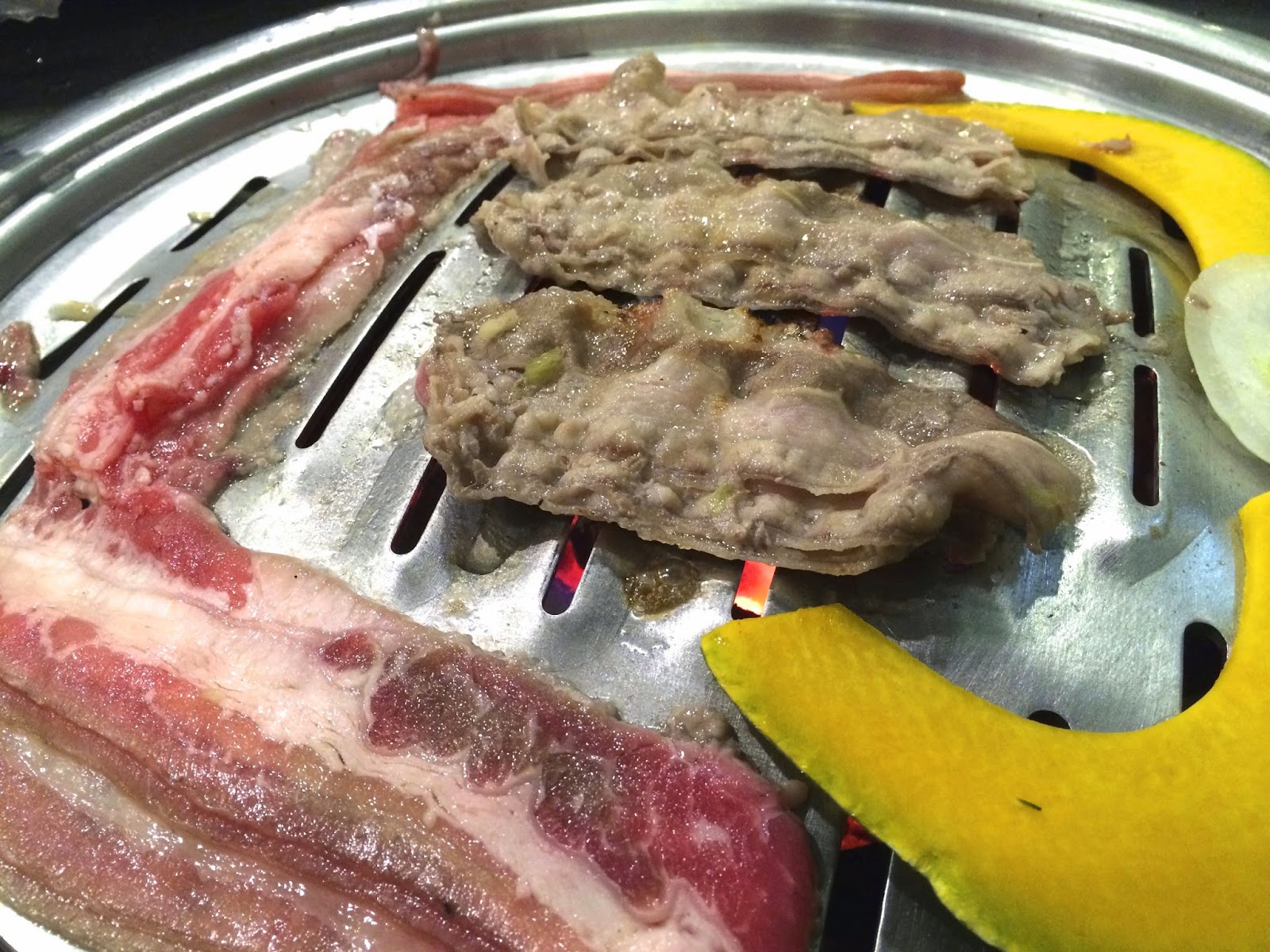 Even if thin, the woo samgyup still takes at least a full minute to cook to a proper crisp.