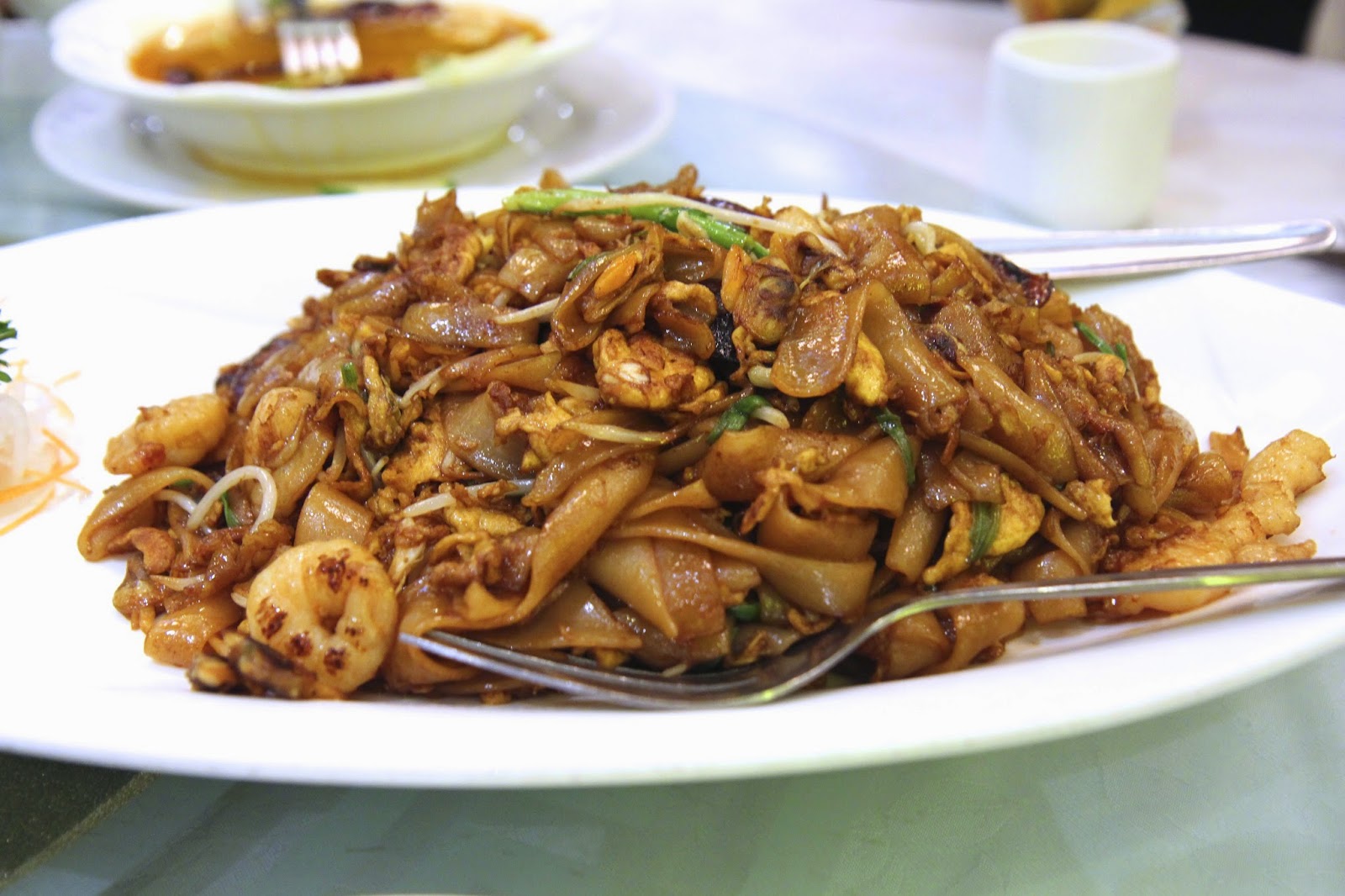 with various WHO WPRO staff


Char kway teow is a Singaporean/Malaysian/Indonesian noodle dish.  Consists of wide flat rice noodles ("kway teow"), stir-fried over high heat to impart flame-licked charred flavor (coincidentally, "char"), with soy sauce and other condiments, plus sprouts, scallion, scrambled egg, typically seafood but sometimes chicken, beef, etc.  Essentially the same thing as Chinese hofun/hofan, which likely shares the same origin.  While popular in many countries, char kway teow is often referred to as a national dish in Singapore, a classic example of hawker cuisine.  A prior post had featured Malaysian-style version of the dish, but it was so bad that I hadn't bothered to explain (see generally 5.114 Penang Fried Kuay Teow). 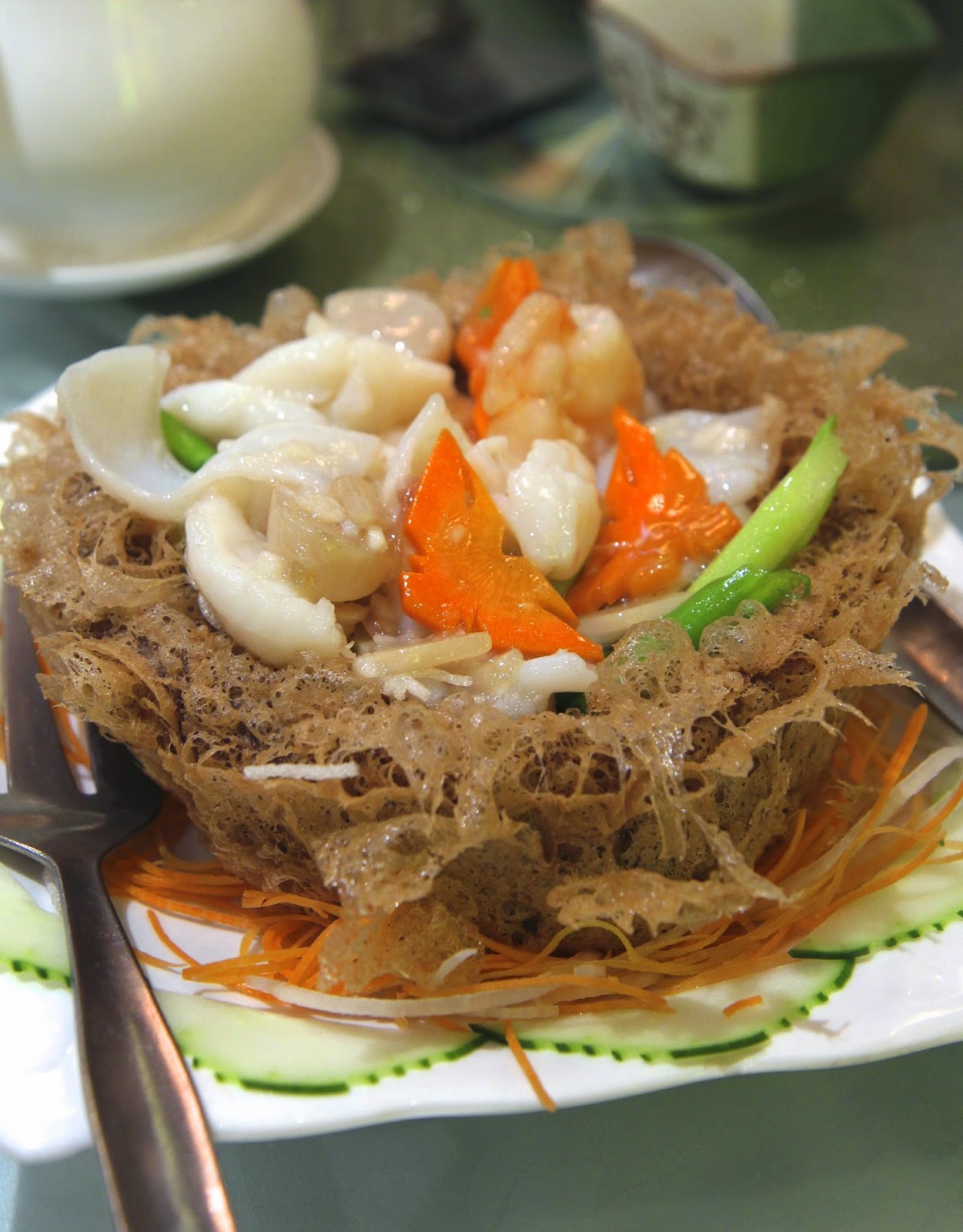 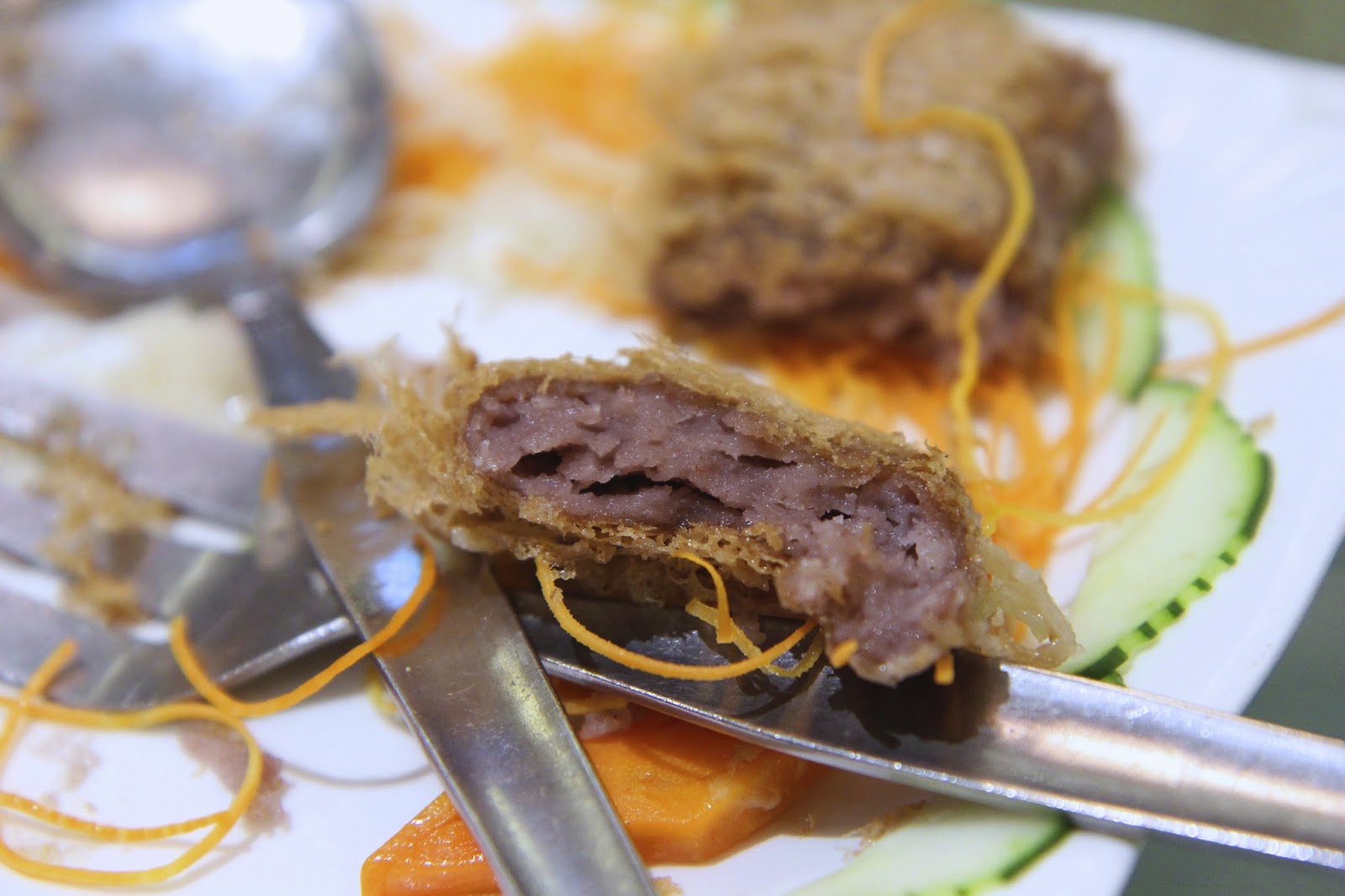 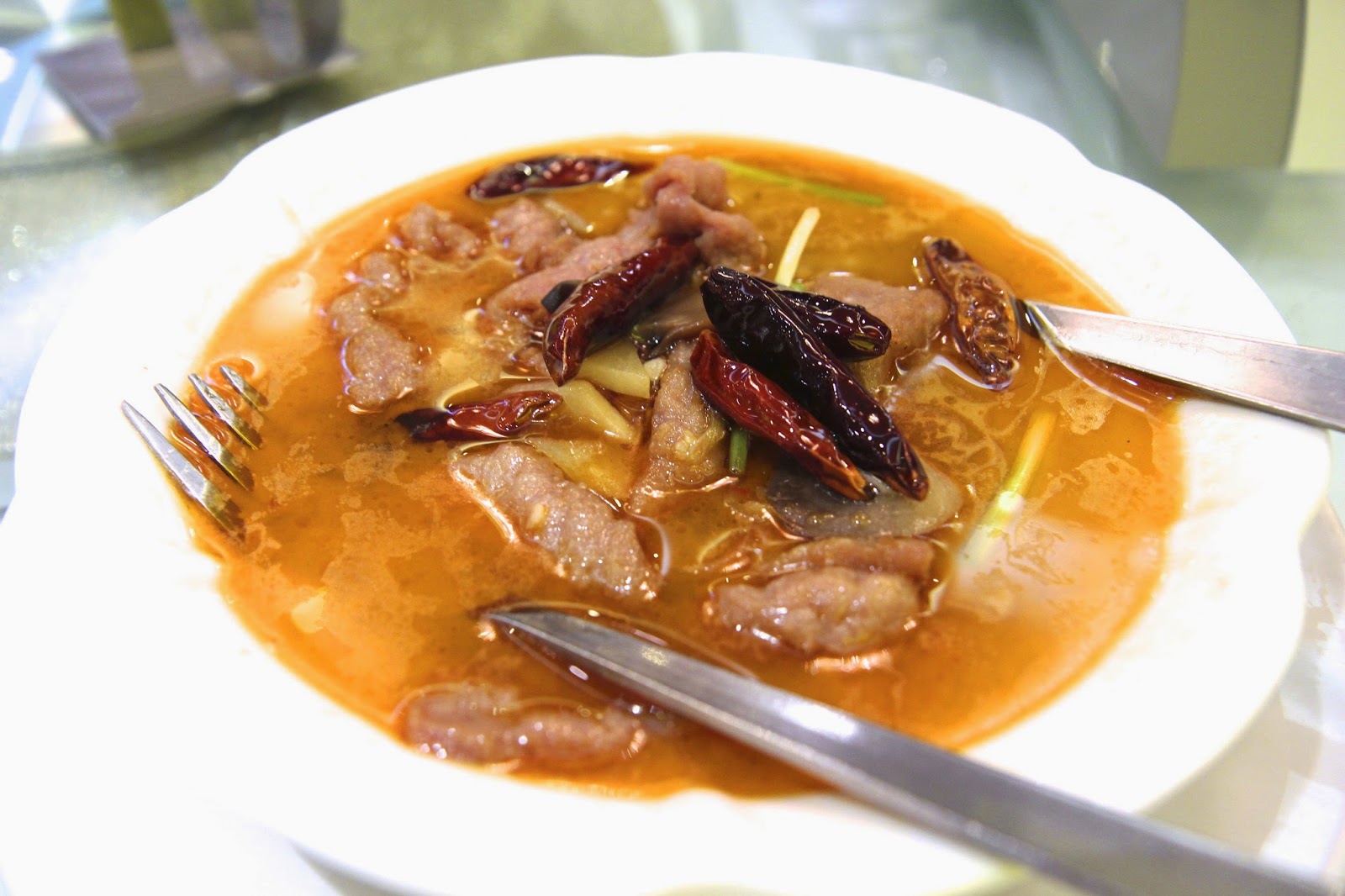 Szechuan-Style Spicy Beef (1.0)--greasy, flavorless, the one miss of the meal. 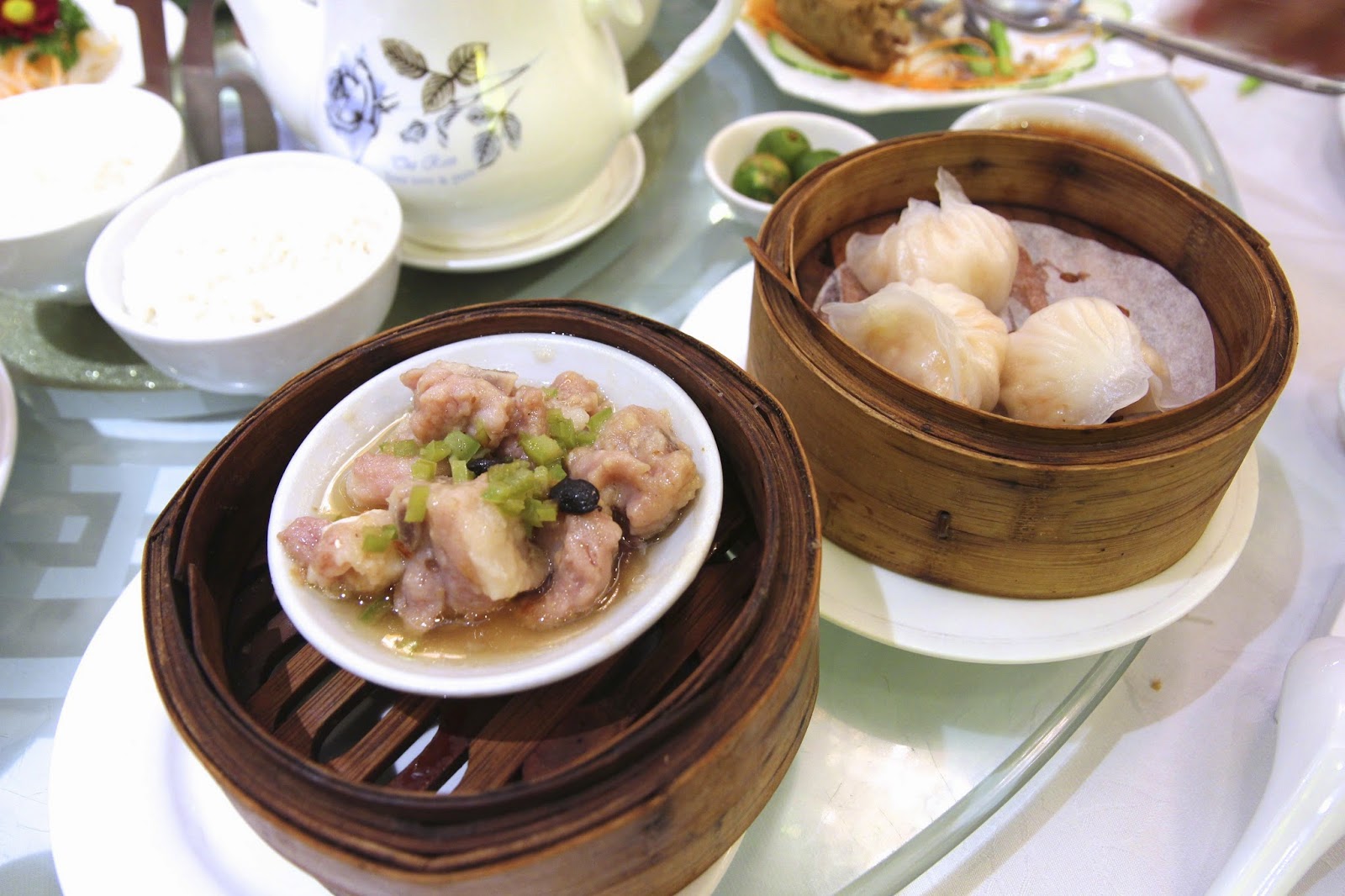 Impromptu dinner with staff who live in the area.

Very sorely disappointed across the board by my first experience at this restaurant, I was very pleasantly surprised this time to discover that certain dishes can be exquisite.  The best dish of the meal was the char kway teow, perfectly seasoned, perfectly charred, abundant fresh seafood, best noodle dish that I've had in the Philippines thus far--even better than the one that I had in Singapore (see generally 4.267 Chicken Rice).  Overall, the meal was excellent.

This gives me an idea of what I might do after completing TERRP....

I've eaten my way through this restaurant, every last (available) item on the menu (see generally 6.095 Done).