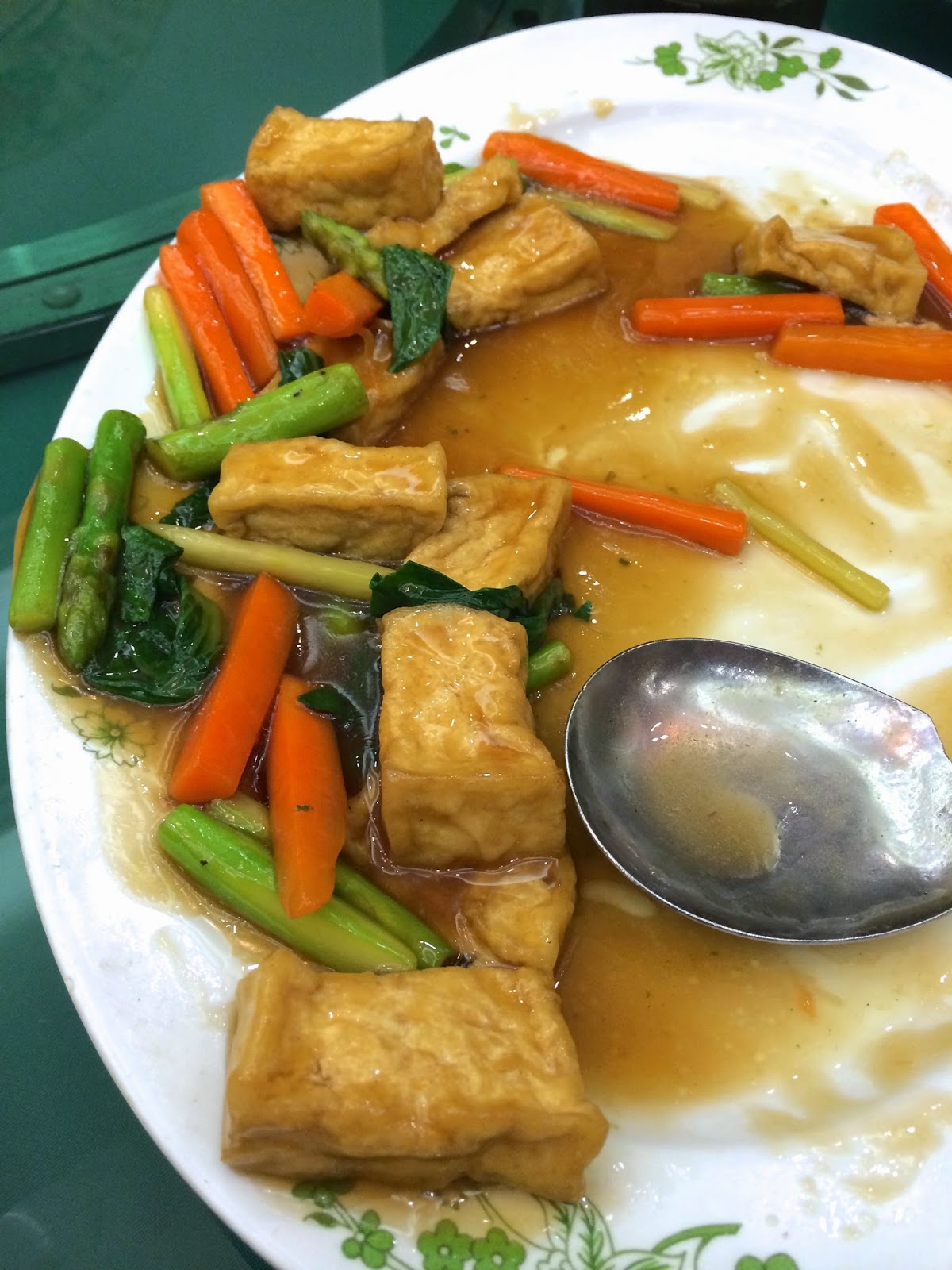 
We haven't had a gathering at Seafood Market in over 6 months (see most recently 5.059 Sweet & Sour Lapu Lapu).

In the interim, for the purpose of developing new dishes to supplement the tried and true and tired lineup (see generally 4.263 Parros Clams in Spicy Black Bean Sauce with Sinangag), I've gone out of my way to visit the restaurant on several occasions to conduct the research (see most recently 5.224 Seafood Fried Rice with Green Beans in Spicy Black Bean Clam Sauce).

Tonight was the first opportunity to present my findings.

Funny--actually, not so funny--I was nearly prevented from doing so, to the point of physical restraint.  A few of us had arrived early to do the ordering.  When I started picking up items not enshrined on the SOP, which they'd printed out and brought with them, they panicked.  Over the course of five difficult years, they explained, their ambitions on occasion had tempted them to experiment, always to the ridicule and rebuke of the boss.  One of them actually started shaking as he grabbed me and tried to block me from embarking on what he was certain would be a doomed course of action.  In the end, I convinced them to proceed with their protocol, while I would order my own dishes independently.

A few things.  First, the dishes that I was proposing couldn't fail.  Deep-fried tofu with vegetables in oyster sauce, for example.  Fool proof.  The problem, I suspect, however, is that people who don't know anything about food seem to think that ordering is a largely random and unpredictable process, so they're afraid that experimentation can't be controlled.  Second, even if the dishes were crap, WTF, who cares, it's just dinner.  Ridicule and rebuke, I can handle it where food is concerned.  It's all about perspective.

The food turned out fine, of course.