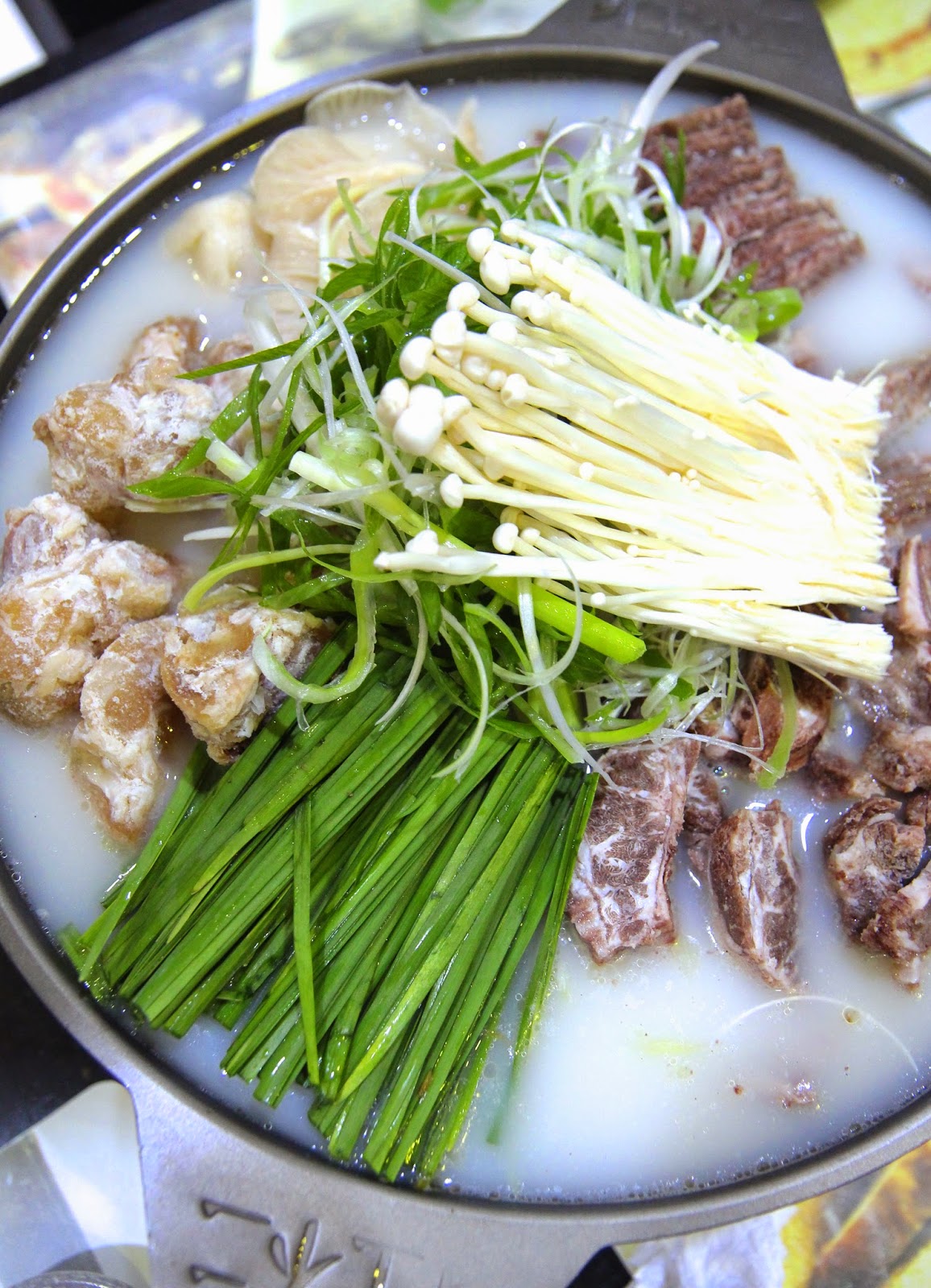 Hanchon Seolleong Tang is a Korean restaurant.  Located in Malate.  Opened up recently.  Specializes in seolleong tang, as well as other beef-based broth dishes.

Another day trip for diving down in Anilao, again at ASDC (see generally 5.189 Gganpung Gi).

Upon return to Manila in the evening, JH suggested that we try out Hanchon Seolleong Tang.  He wanted seolleong tang.  I agreed on the condition that the menu would offer something other than seolleong tang--I have nothing against the dish per se, but I generally tend to regard it as something to eat for breakfast or lunch, or maybe under comfort food conditions.  Anyway, they had a few other things, so we sat down. 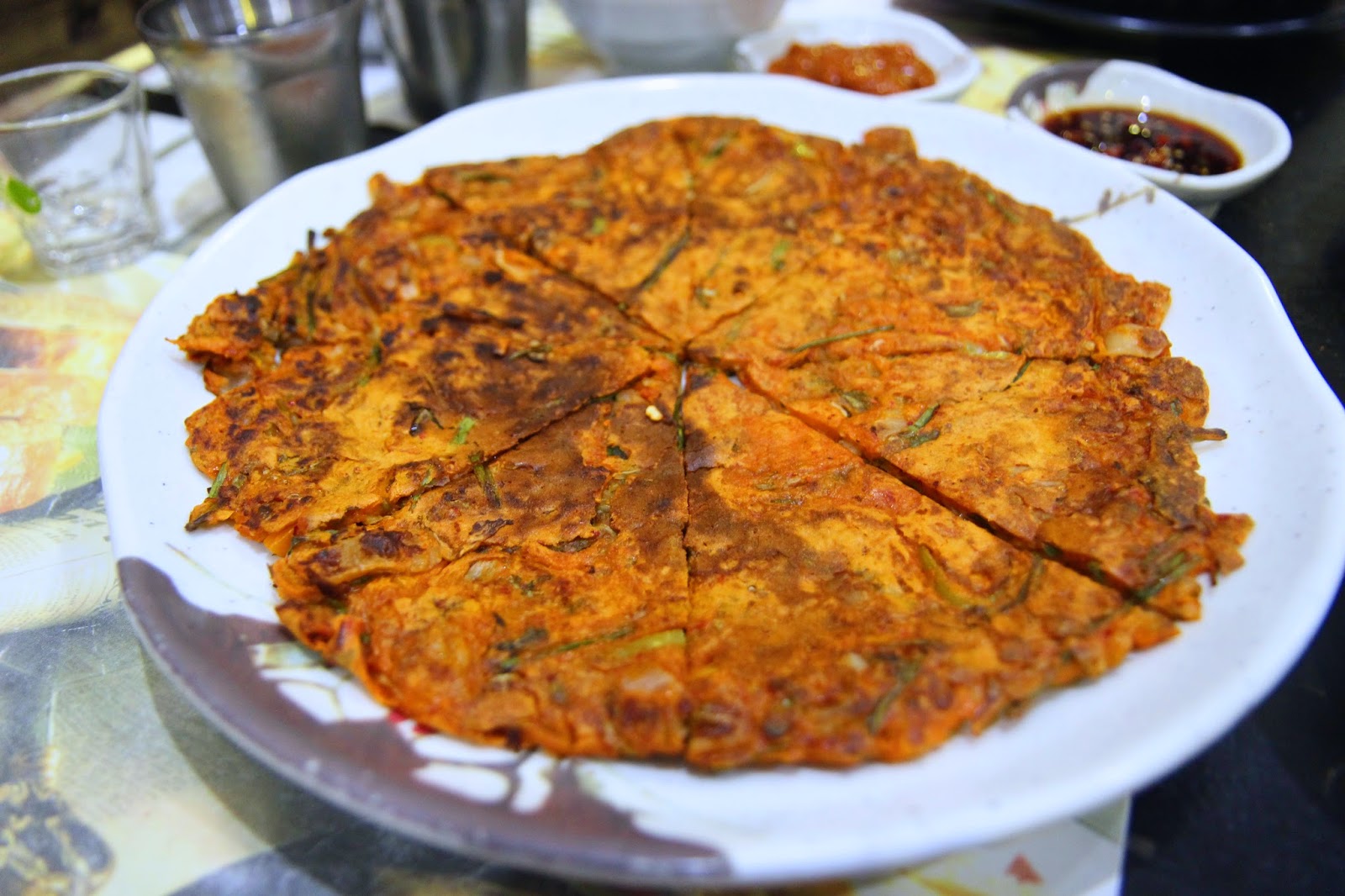 Kimchi jeon (0.75)--dry and flavorless, not entirely atrocious, but nobody took more than a single piece. 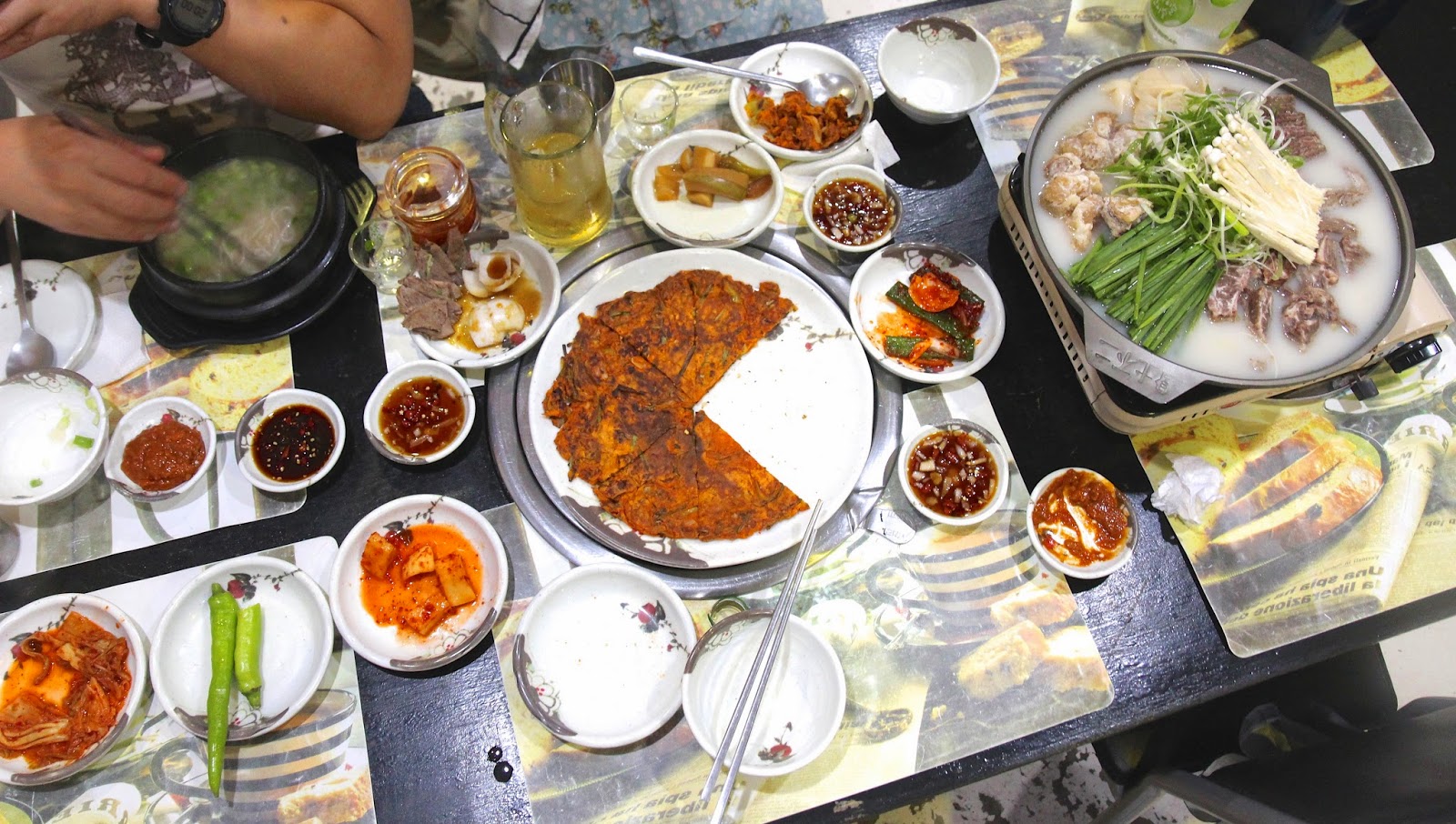 The food was hit and miss.  The modeum suyuk consisted of sliced beef, knee ligament (dogani), enoki, garlic chives, and scallion in beef broth, served hotpot style.  While the beef tasted a bit gamy, everything else was okay, especially the knee.  I'd consider going back for more, but the sides were sparse and pretty crappy, so probably not.