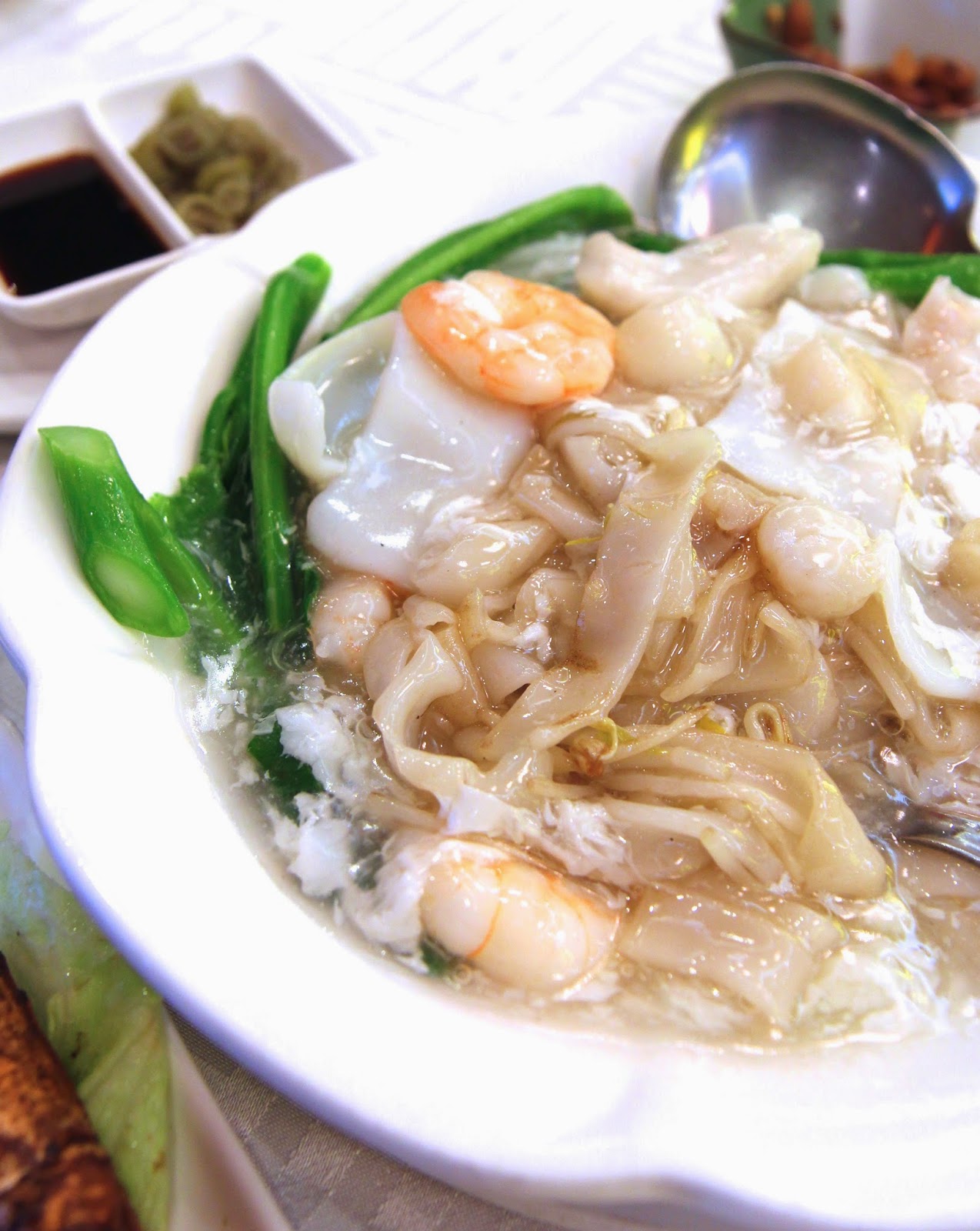 Attempting to eat my way through the restaurant, all 222 items (excluding shark's fin and desserts).  From what I've seen so far, it would seem to be one of the best in the neighborhood, solid on all counts: taste, quality, variety, service, vibe, proximity, maybe price.  Once I've tried everything, I'll know exactly what to get, depending on the circumstances, whether it's for a quick bite on my own, a casual night out with friends/colleagues/family, or a formal occasion hosting bosses/VIPs.  That kind of certainty, in the unpredictable culinary landscape of Manila, will be invaluable.

TEITY should turn out better for five reasons: (1) the food is generally pretty good, potentially excellent, as confirmed on my prior visit, when the idea for this new project was hatched--granted, I wasn't so impressed on my first visit (see generally 5.088 Chili Crab), so I do anticipate some disappointment along the way; (2) the menu is Singaporean/Cantonese, my favorite, which I could eat daily, gratefully; (3) booze, including whisky; (4) no limits on how many dishes I may order at any sitting, including lunch; and (5) it's the kind of place where I can invite others to join me and try many more dishes, which will accelerate the project's completion.  It's not that I have too much time on my hands.  It's that I need something to keep me preoccupied.  The dishes that I've tried on prior occasions will count.  Here I go again. 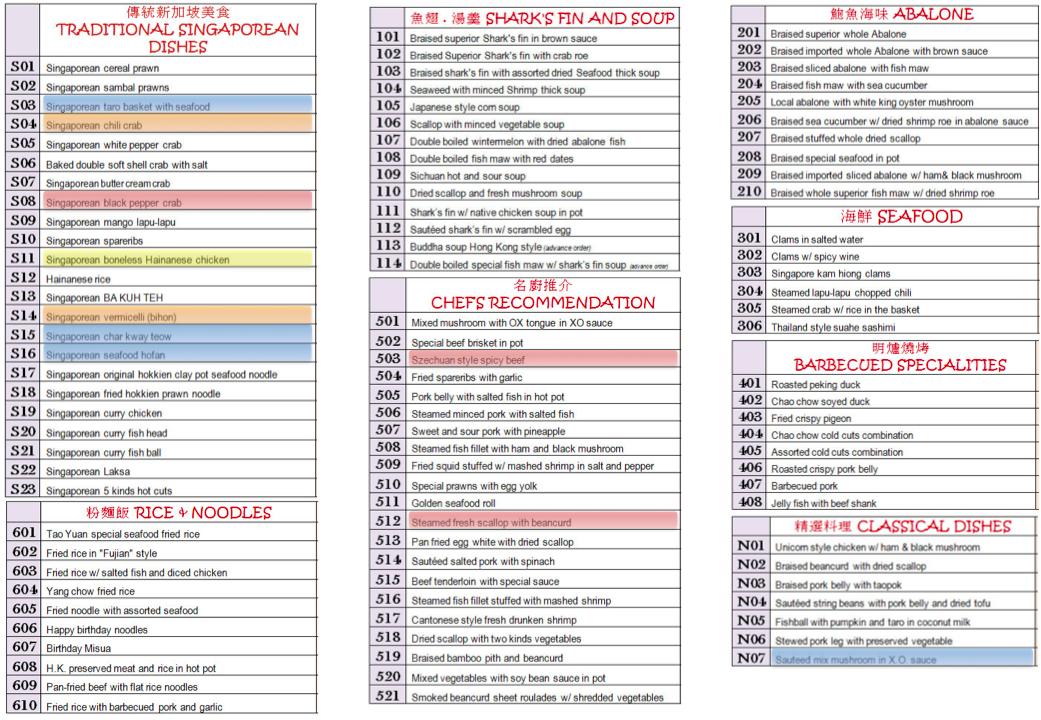 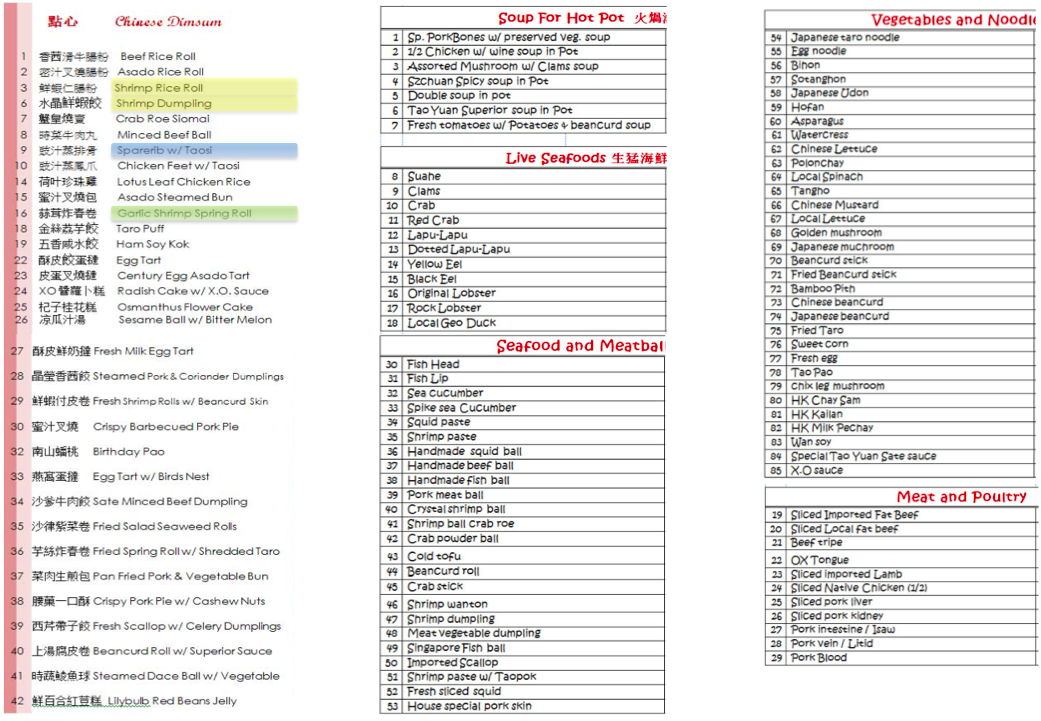 Yes, I made this menu composite.


Tonight, the highlight was the seafood hofan.  Whereas the previously described char kway teow was prepared in a dry/dark oyster sauce base, the hofan came in a goopy/light chicken stock sauce, enhanced with ribbons of egg whites, delicate yet rich and fulfilling, perhaps even better than the other.  Same delectably flame-licked charred flavor in the rice noodles.  Also included gailan, my favorite veg, along with shrimp, scallop, squid.  Perhaps one of the greatest noodle dishes that I've ever experienced anywhere. 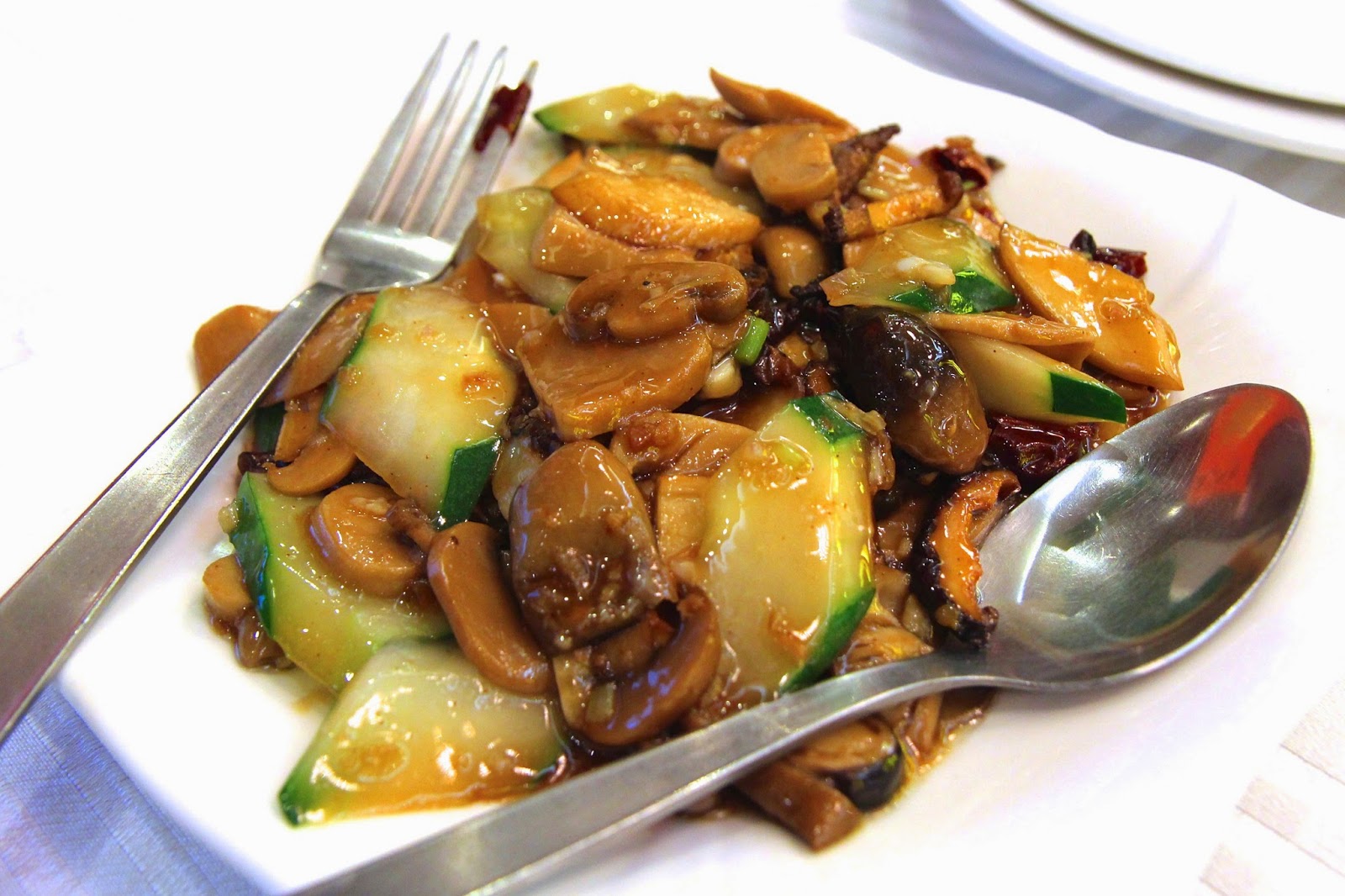 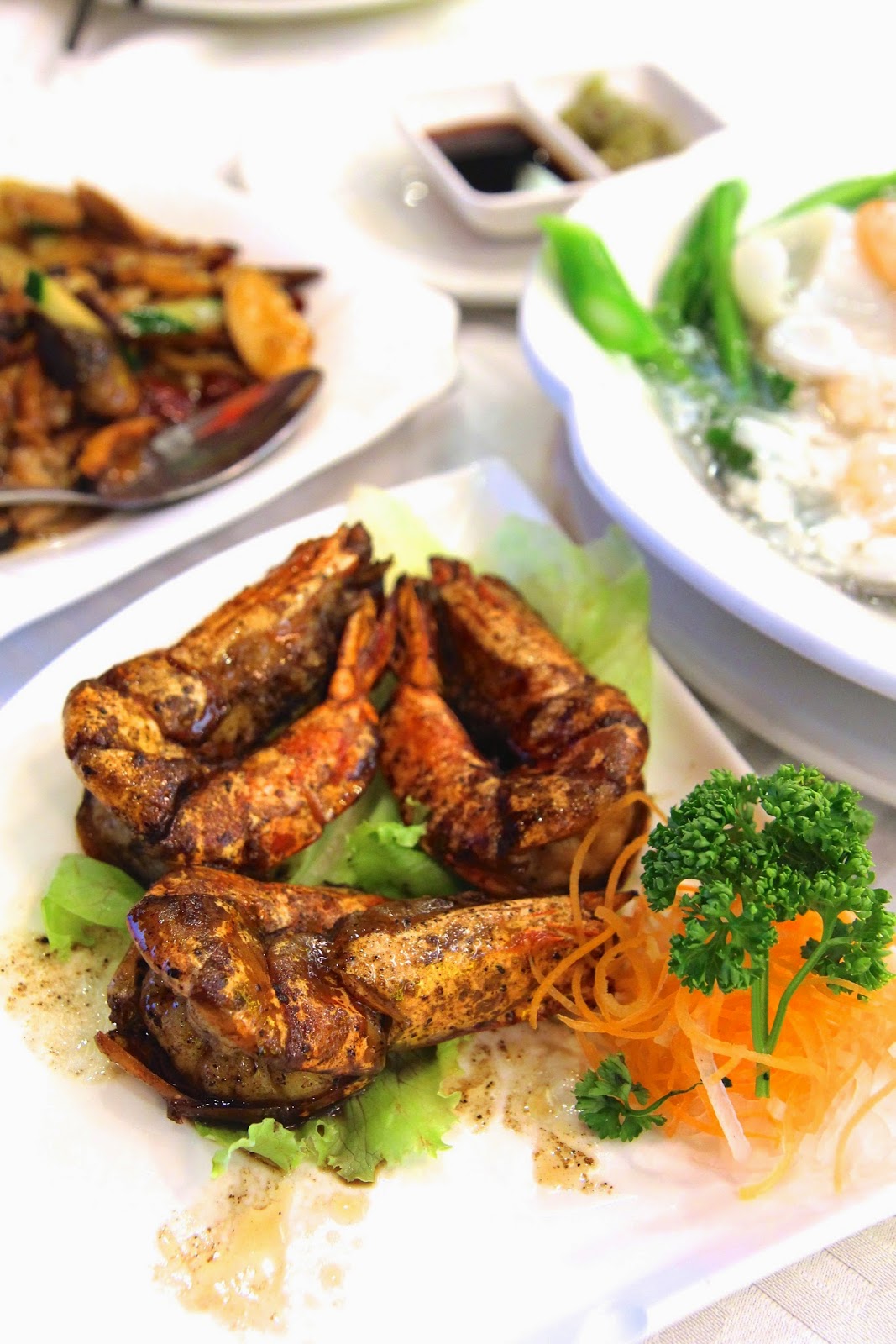 Singaporean Black Pepper Prawns (1.0)--didn't feel like ordering a whole crab, so I asked them to do the same preparation, only with prawns. 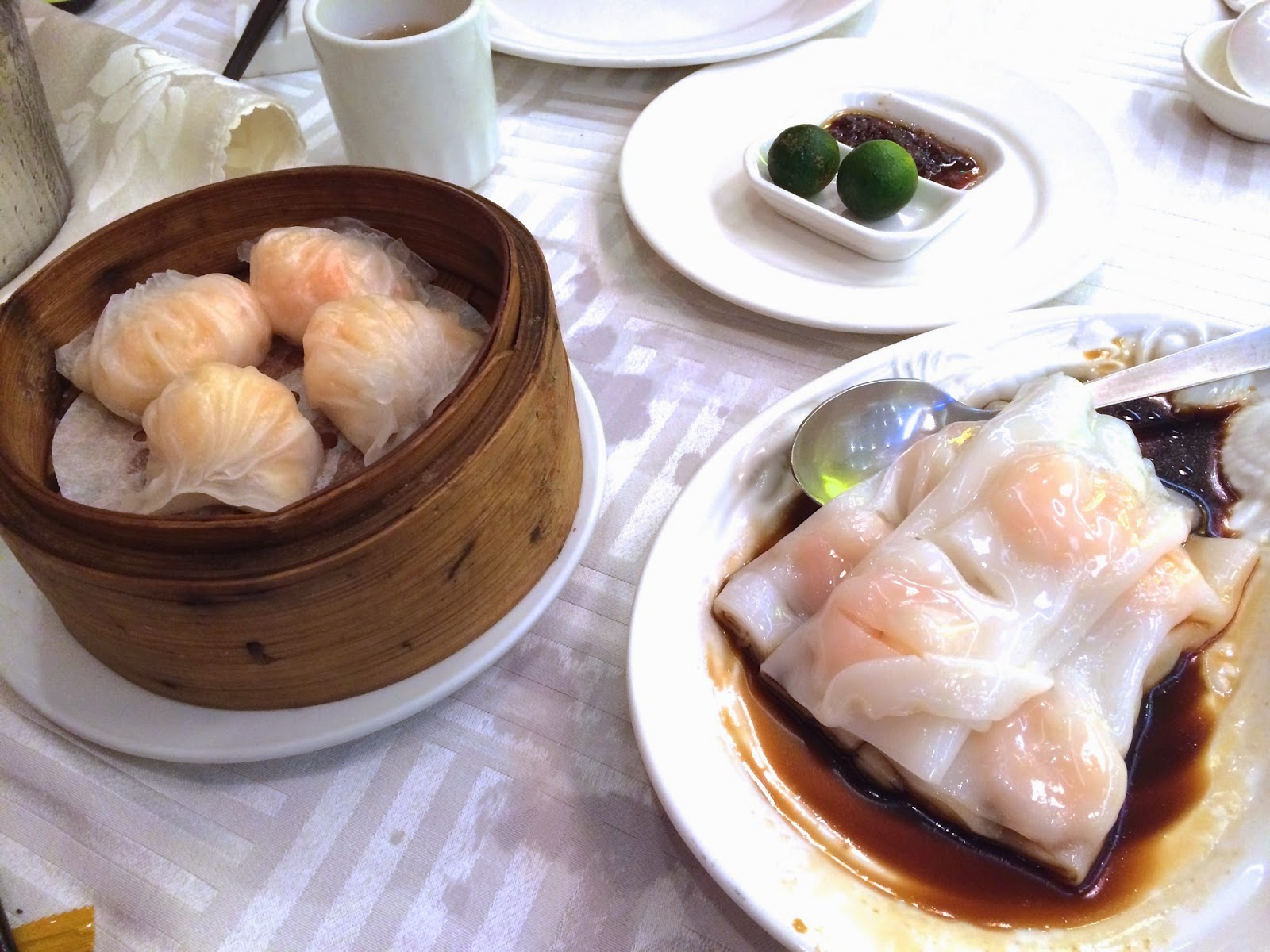