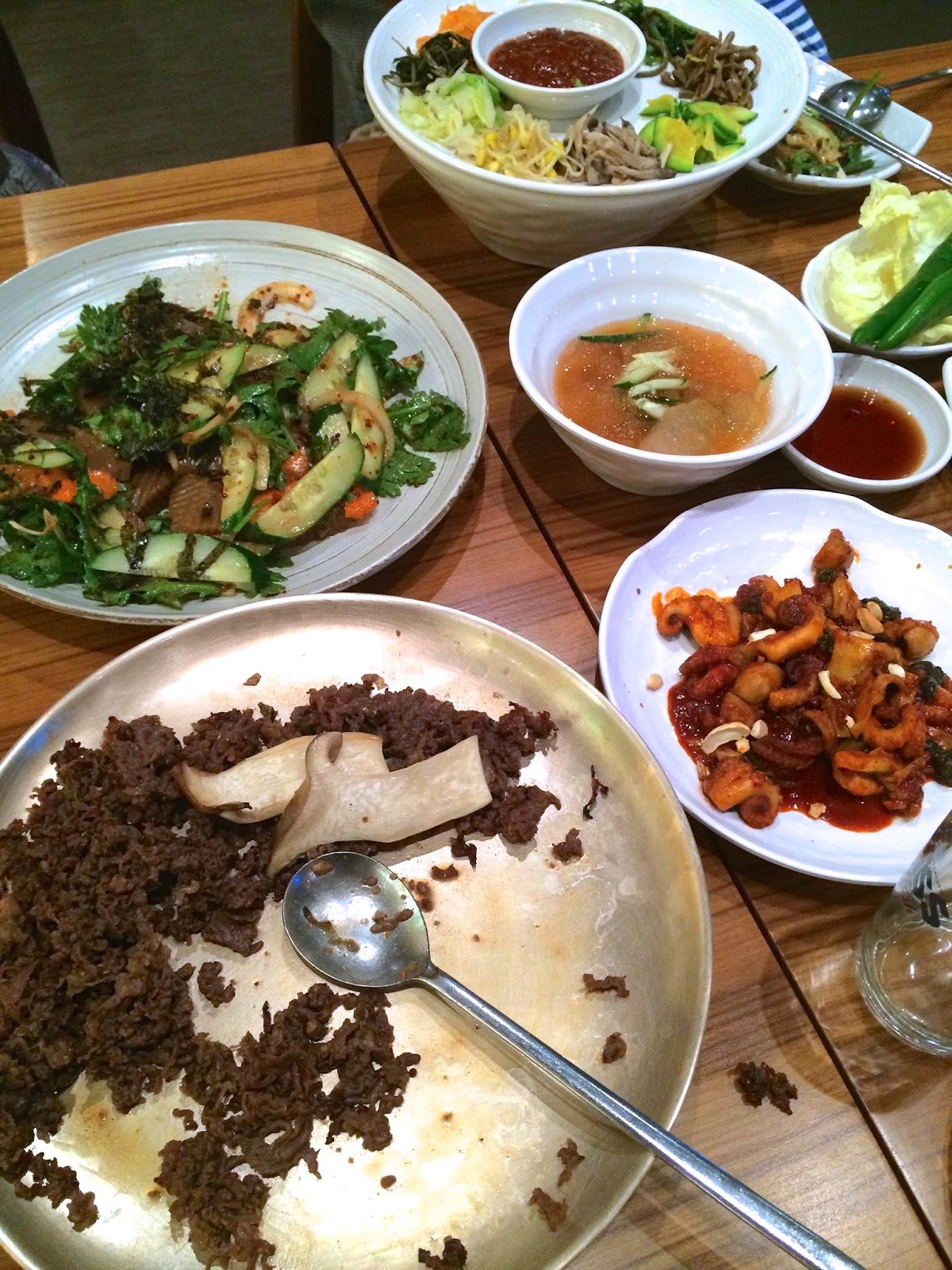 with my family + S's family


The Prodigal Son Returns to Pay His Respects, Day 1.

In town for the weekend to care of a few random personal matters (more details to follow).

Happens that S* is here (for work, something not concerning me).  Accompanied by husband and baby.

So, I invited them to dinner.

Choosing an appropriate venue was a struggle, however, because S is a fake vegetarian.  As a sworn crusader against fake vegetarianism (see most recently 5.209 Animal Assault), I couldn't accommodate her lifestyle choice by vegging out.  Then again, we are in Korea, where the cuisine is largely based on vegetable dishes, so avoiding vegetables out of spite--e.g., by going to a barbecue restaurant--would've been silly, especially as I was playing host.  I had to come up with a place that would make us all happy, in both principle and practice. 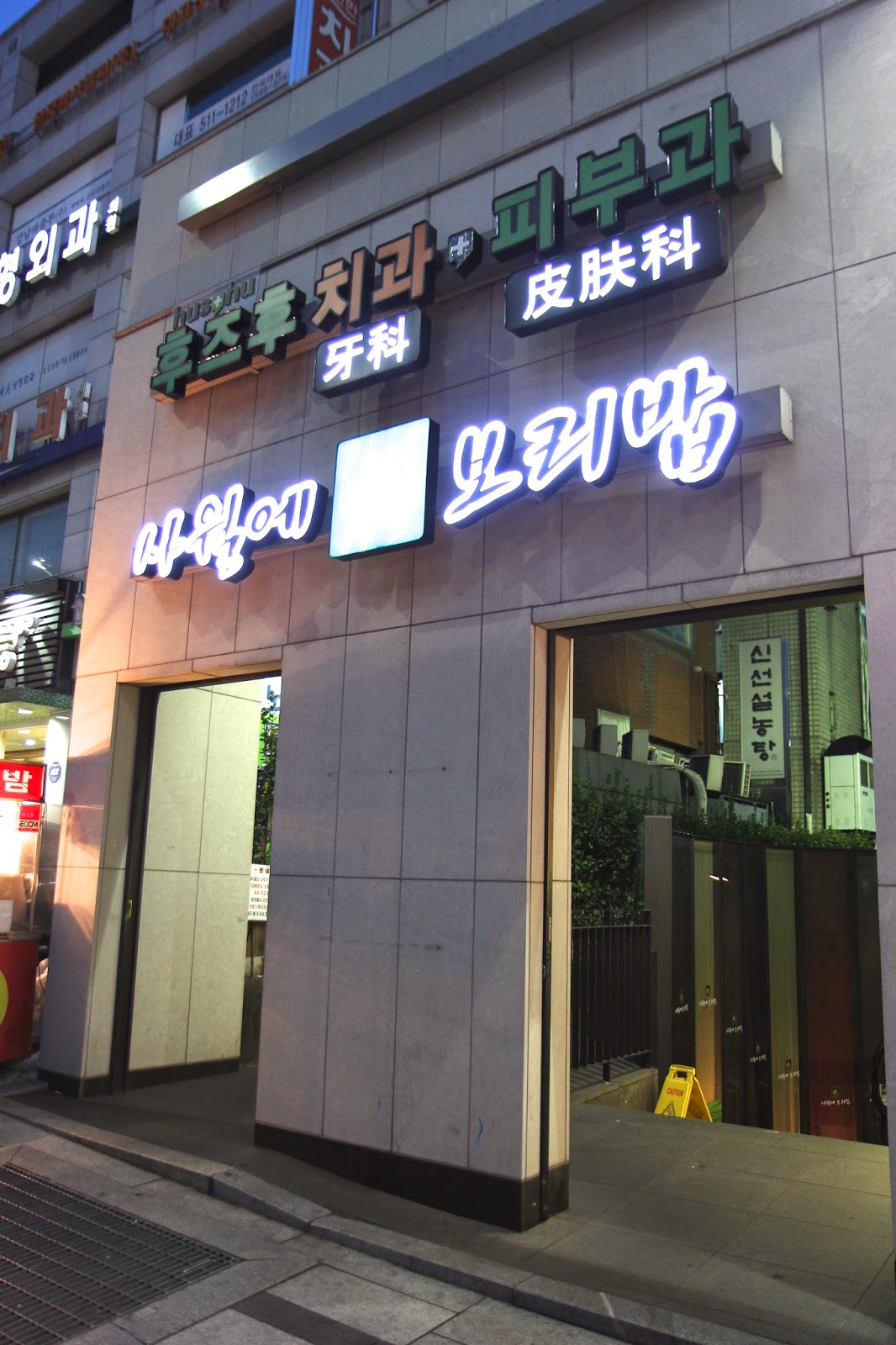 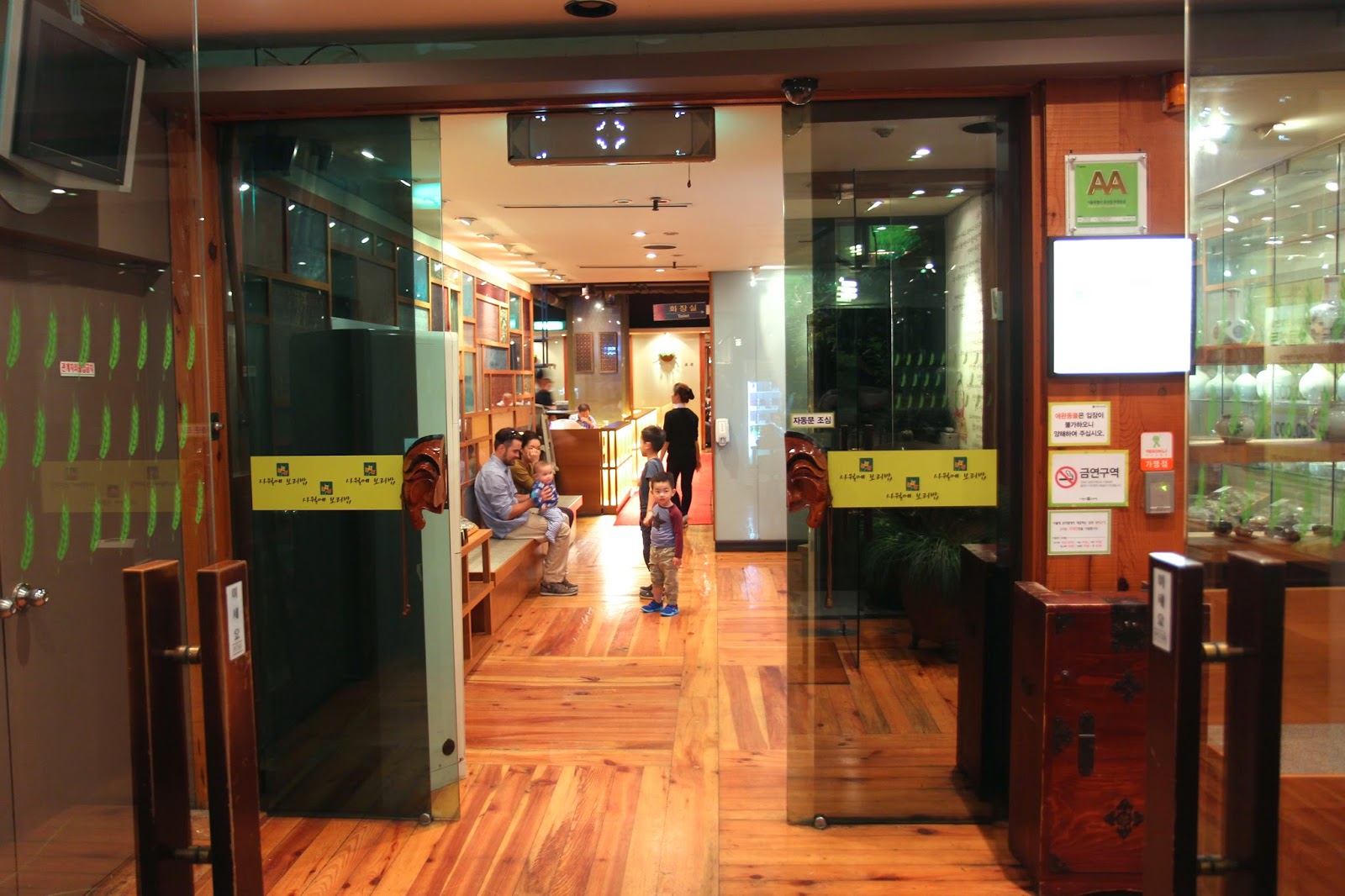 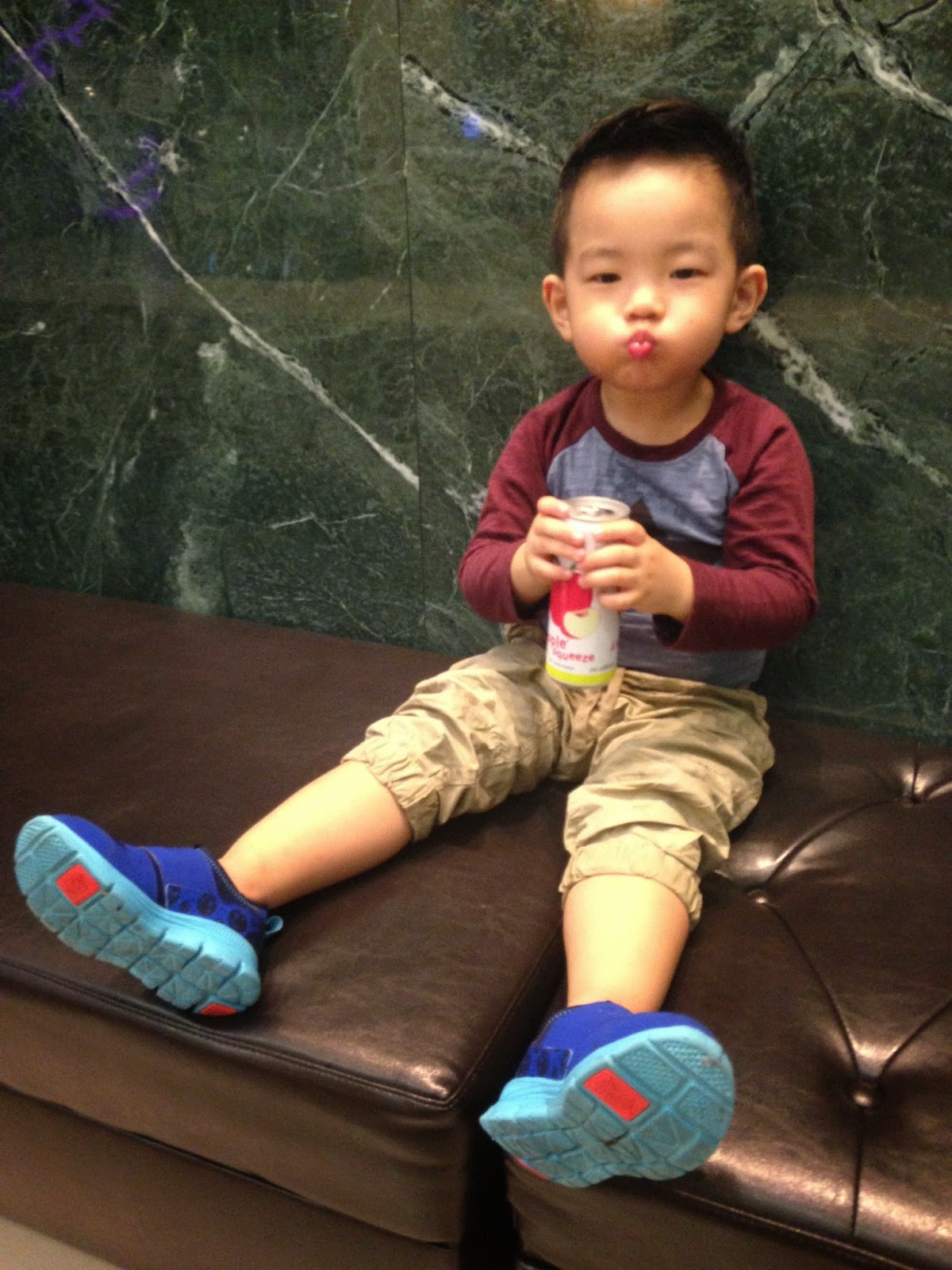 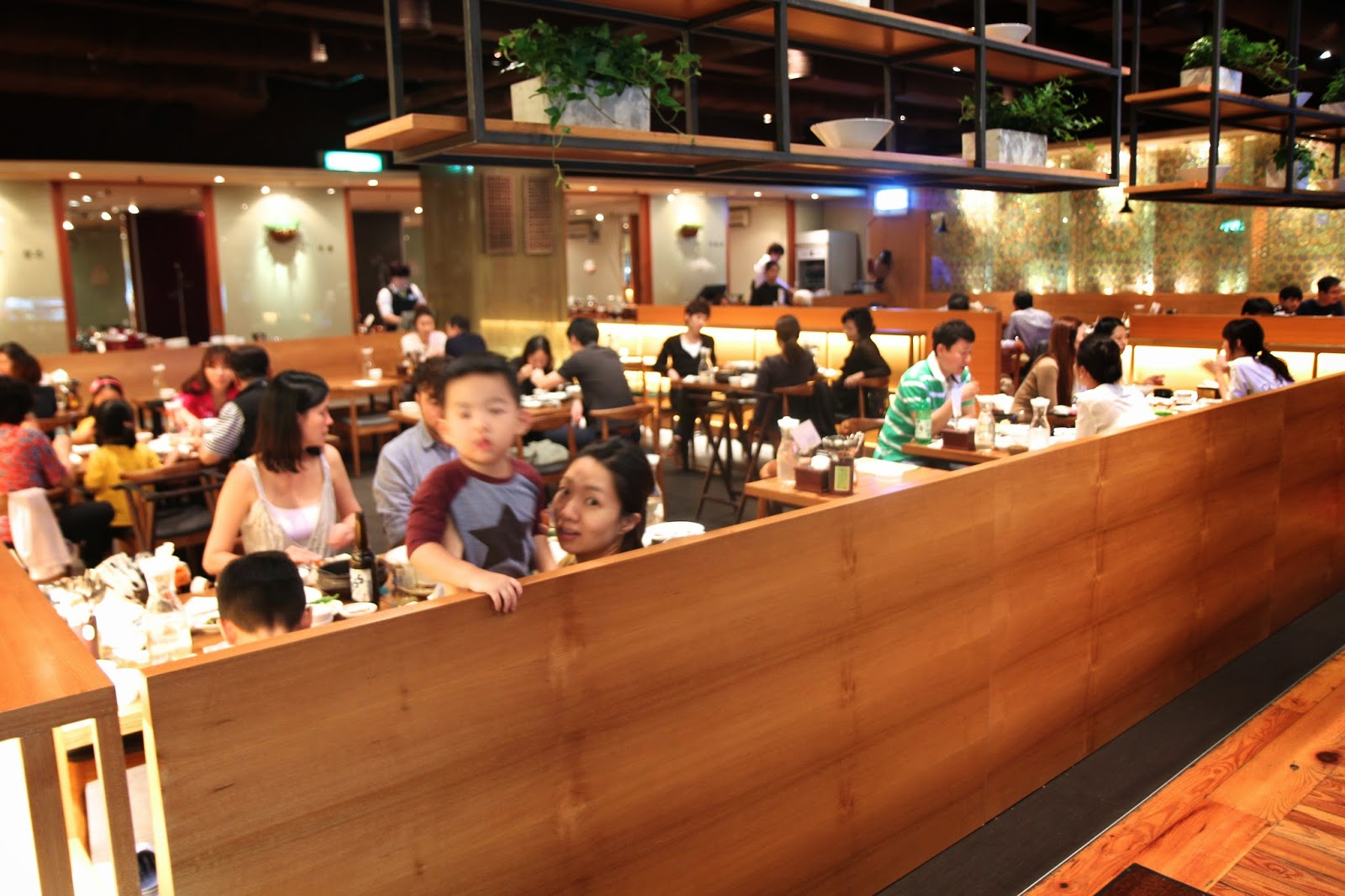 Sawoleh Boribap (사월에 보리밥) is a Korean restaurant chain.  Currently 8 locations around Korea.  With a name meaning "barley rice (boribap) in April (sawoleh)," its signature item comprises a bowl of steamed barley rice surrounding by various vegetables, all mixed together prior to eating.  Essentially the same thing as bibimbap (see most recently 5.231 Bibimbap), the main differences being the inclusion of barley and other components coming separately (see for example 2.200 Deul Bap).  The menu also offers dishes that include meat and seafood.  Though never a sensation, the restaurant has quietly built a solid reputation through the years with simple and traditional dishes, healthful and high quality ingredients, reasonable prices.. 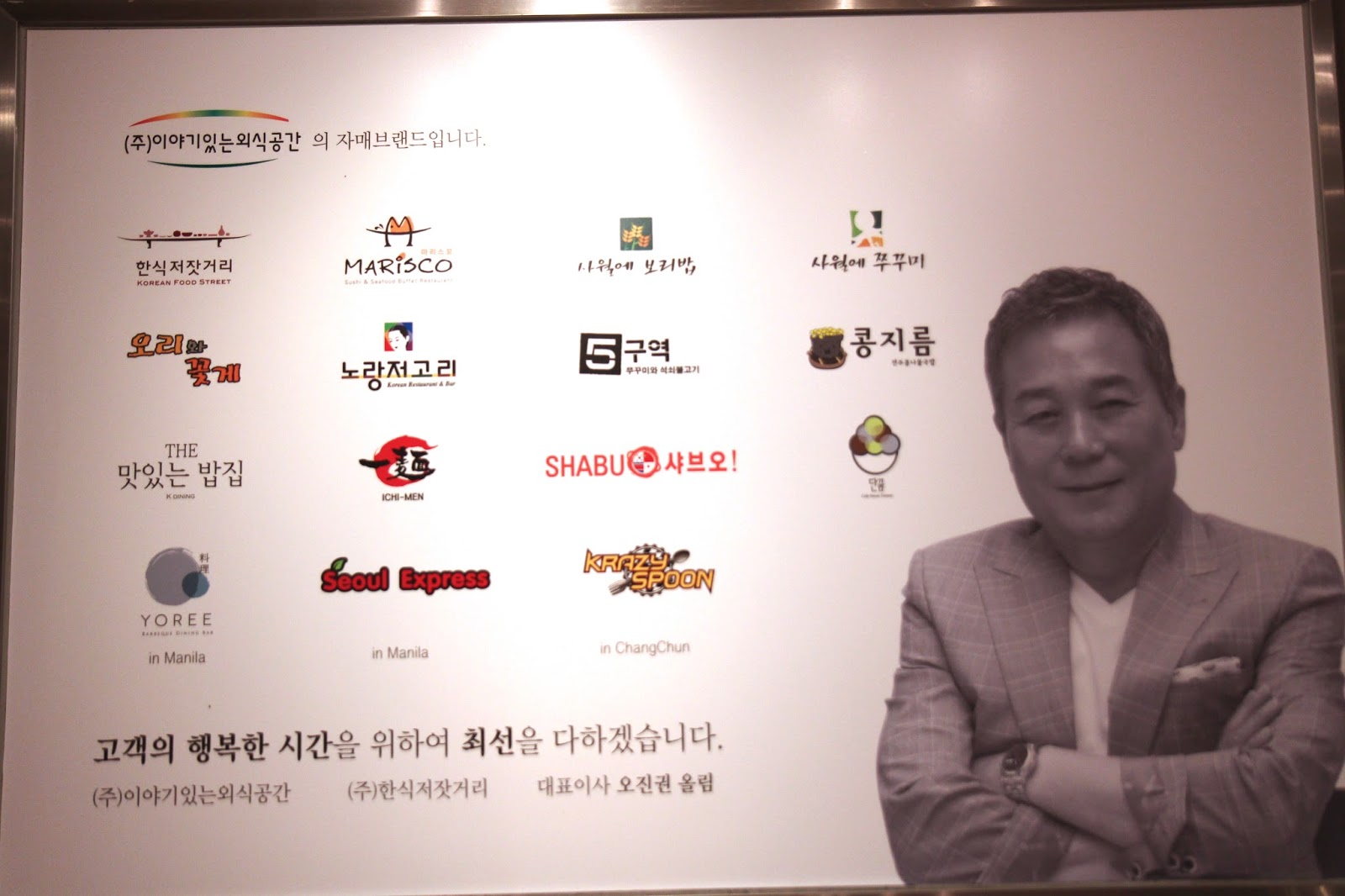 Part of the Dining Story group, which owns several brands/establishments, including Yoree in the Philippines (see generally 5.040 Course Dinner); rumor has it that Yoree is run by the founder's mistress.

*When launching the blog nearly five years ago, I'd given scant consideration about the consequences of posting certain information here, such as names of people, activities, organizations that I was involved with.  Having kept a low profile, both professionally and personally, I didn't anticipate that anyone would search me out.  Even if they had, most of the subject matter was local and relatively insignificant.  But now with my work at WHO, I've been finding myself increasingly the subject of googling, inevitably leading to the blog, which now often touches on bigger issues with international ramifications.  I have to be more careful.  For starters, I've decided to stop using people's full names. 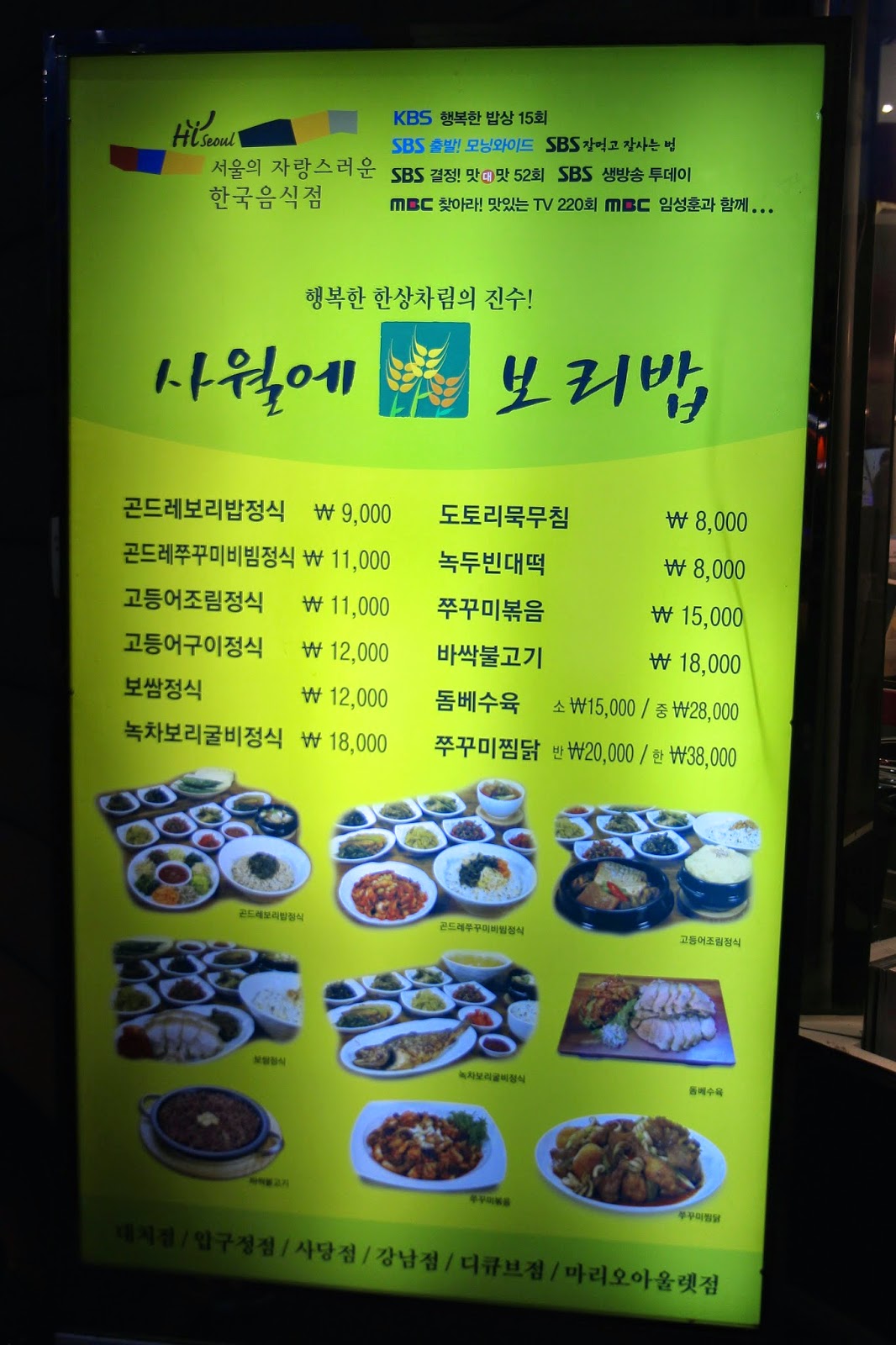 The food was quite good. Some veg here, some meat there.  Nothing flashy, everything reliably tasty.  Everyone seemed happy.  S remarked that it was the best food that they'd had in Korea thus far--whether true or not, we did clear the table.  Good times. 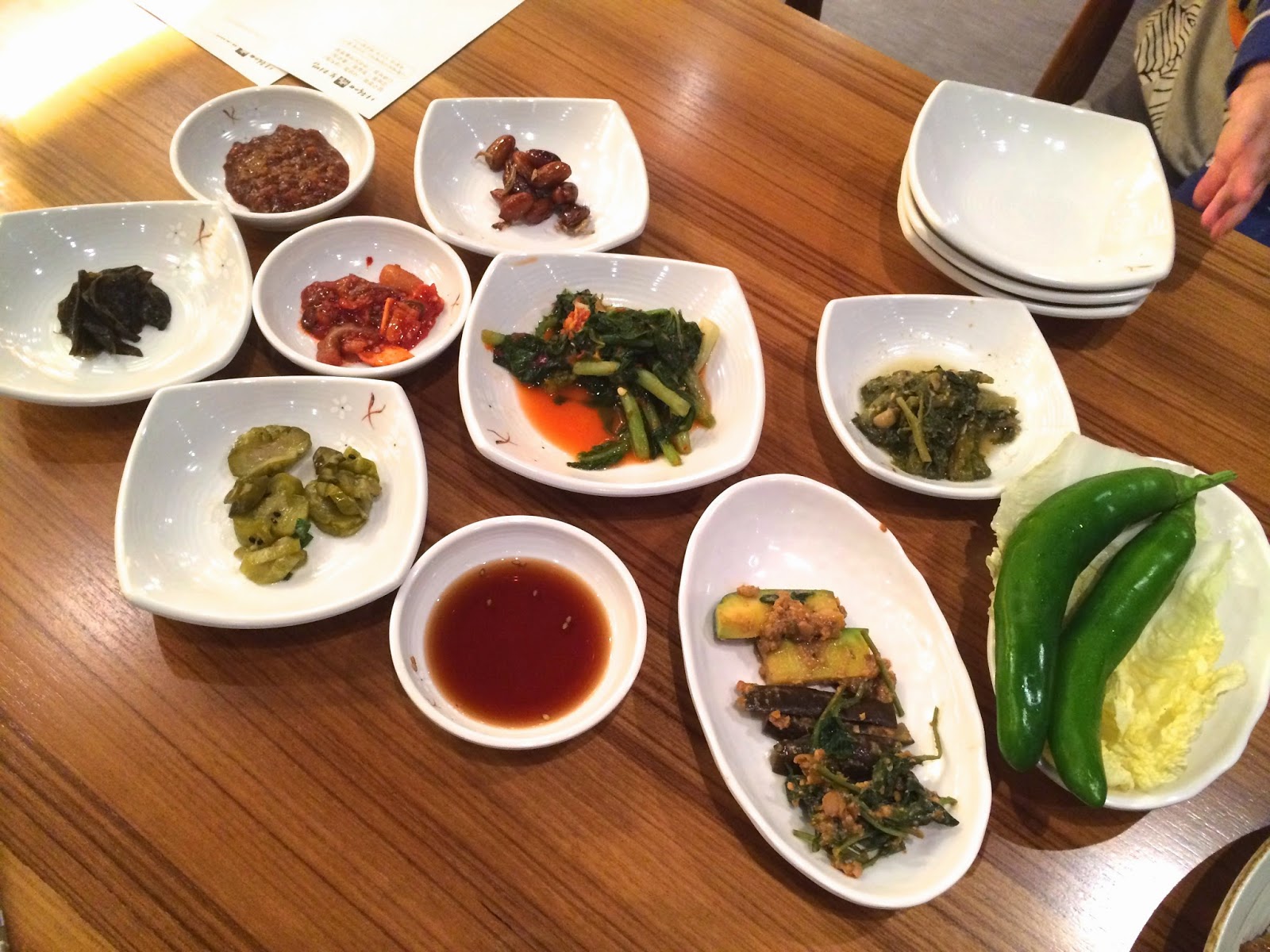 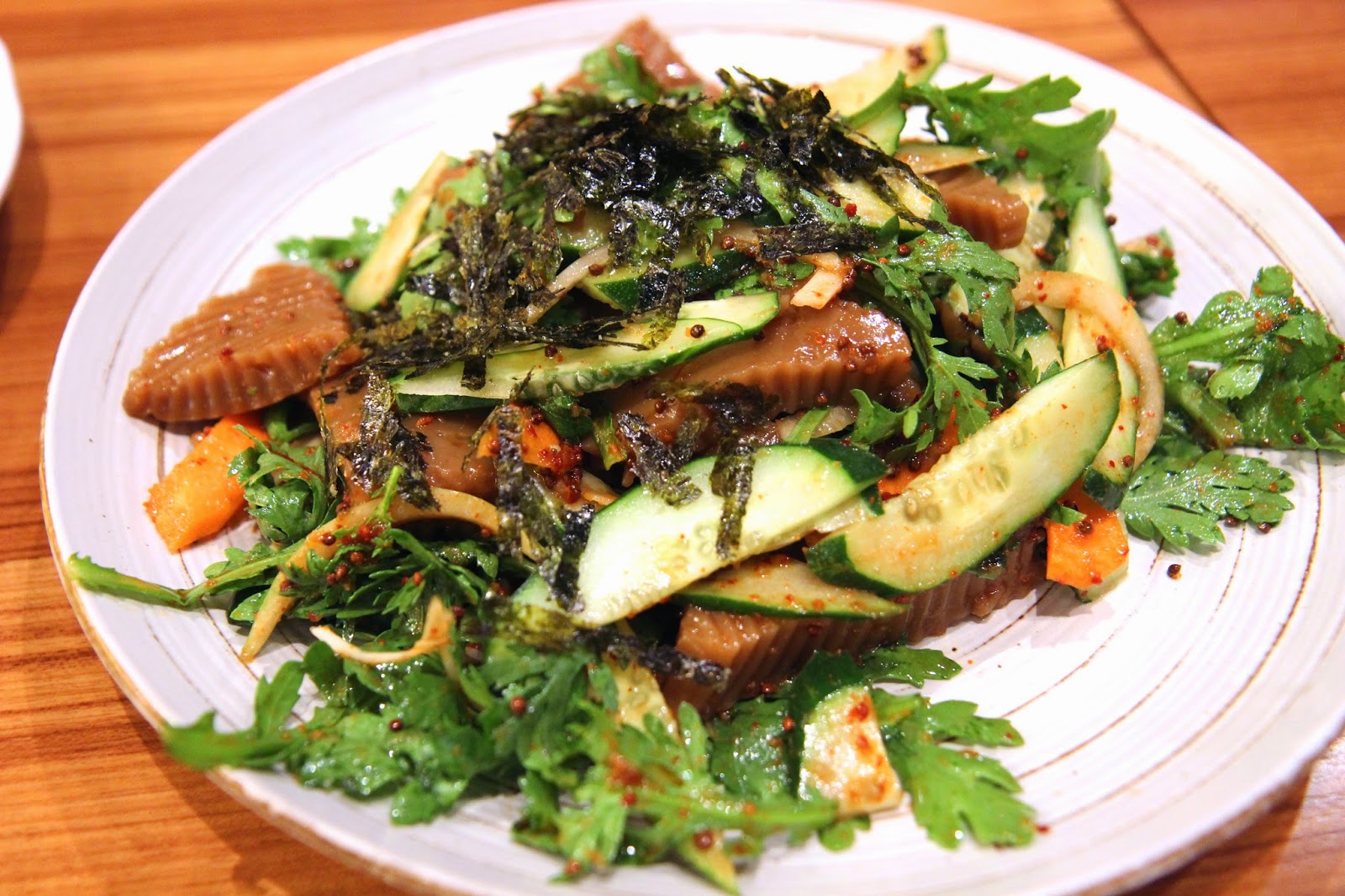 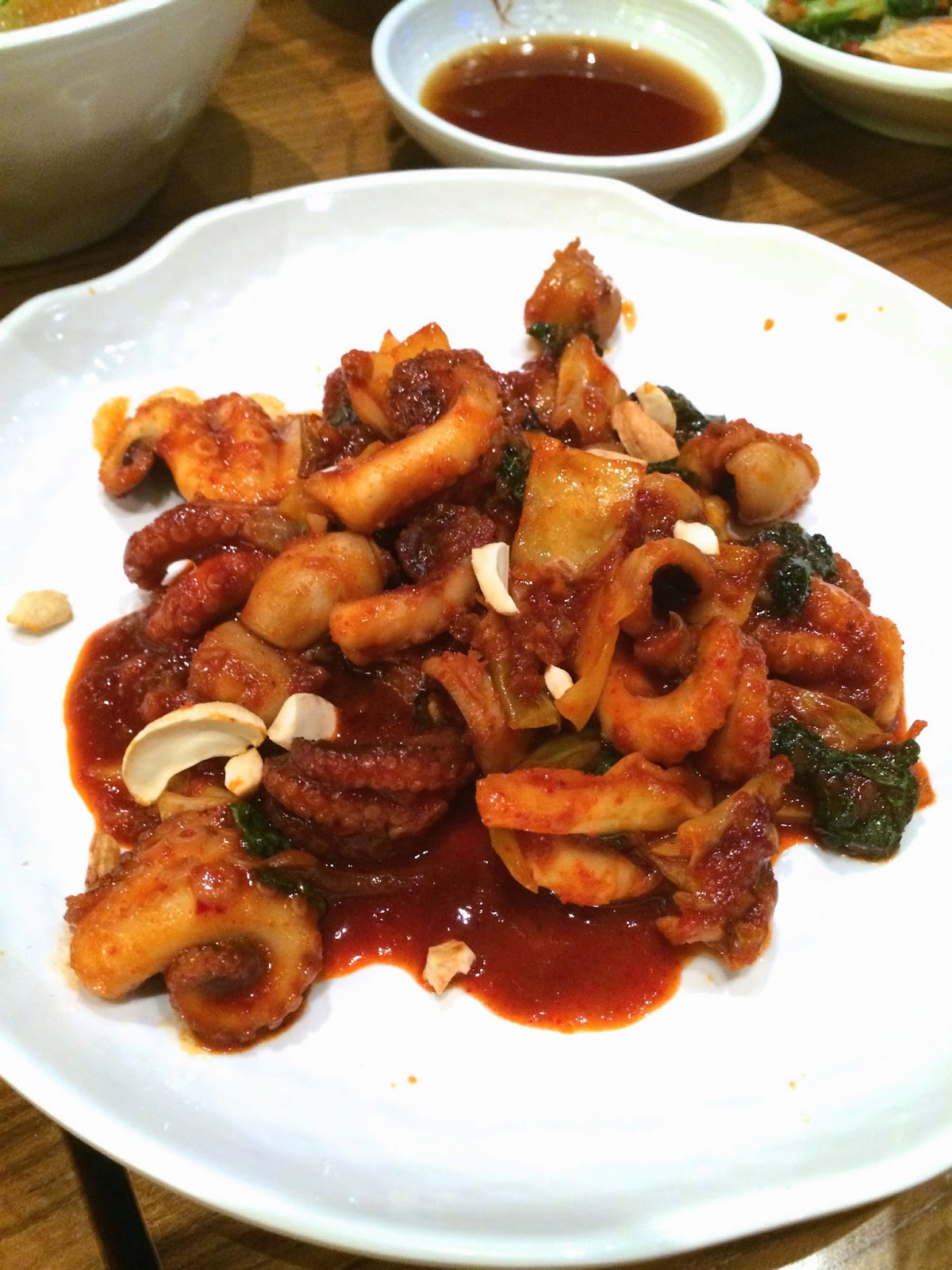 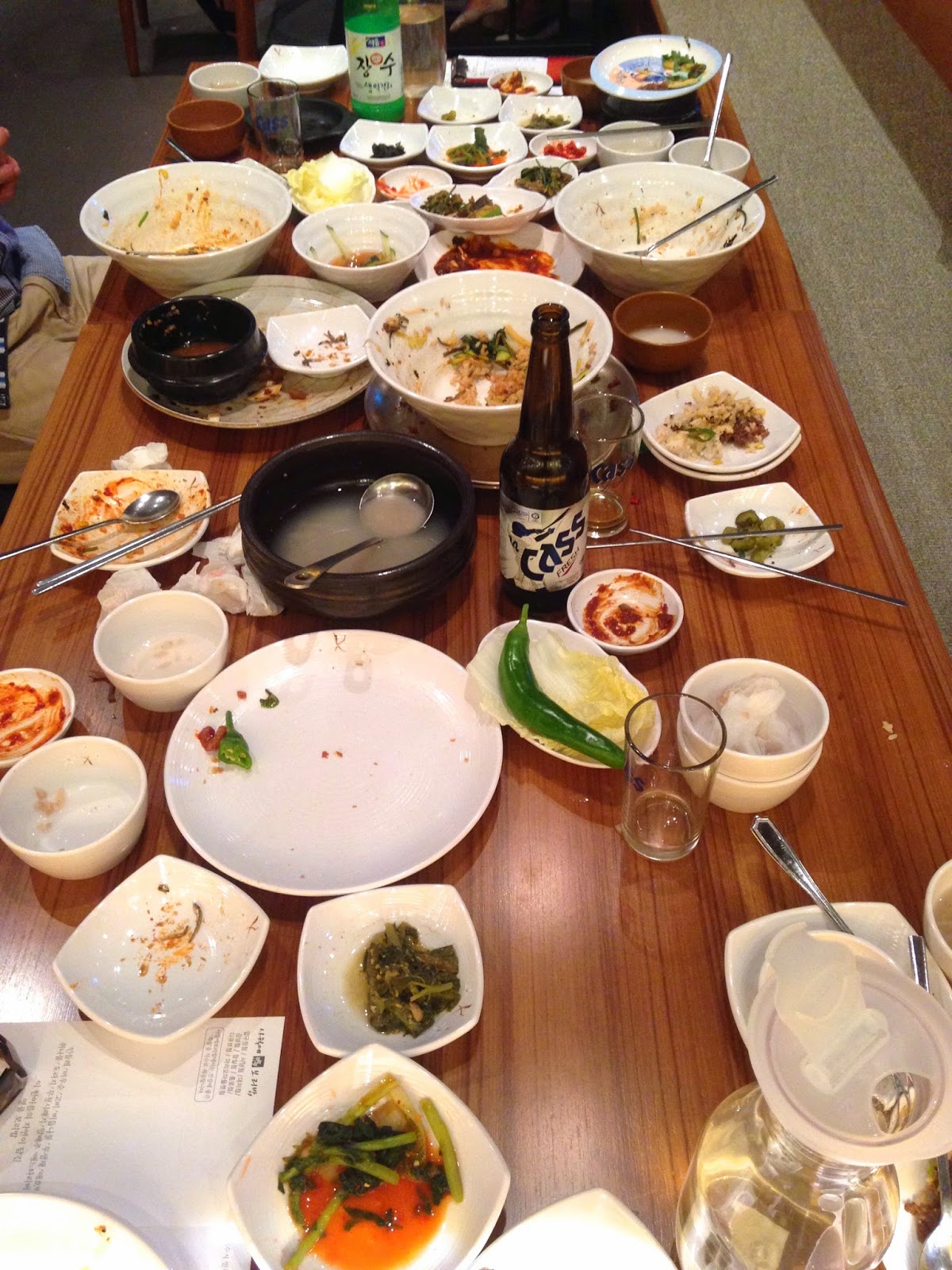 When I see a cleared table, I wonder whether the food was that good or whether there hadn't been enough.