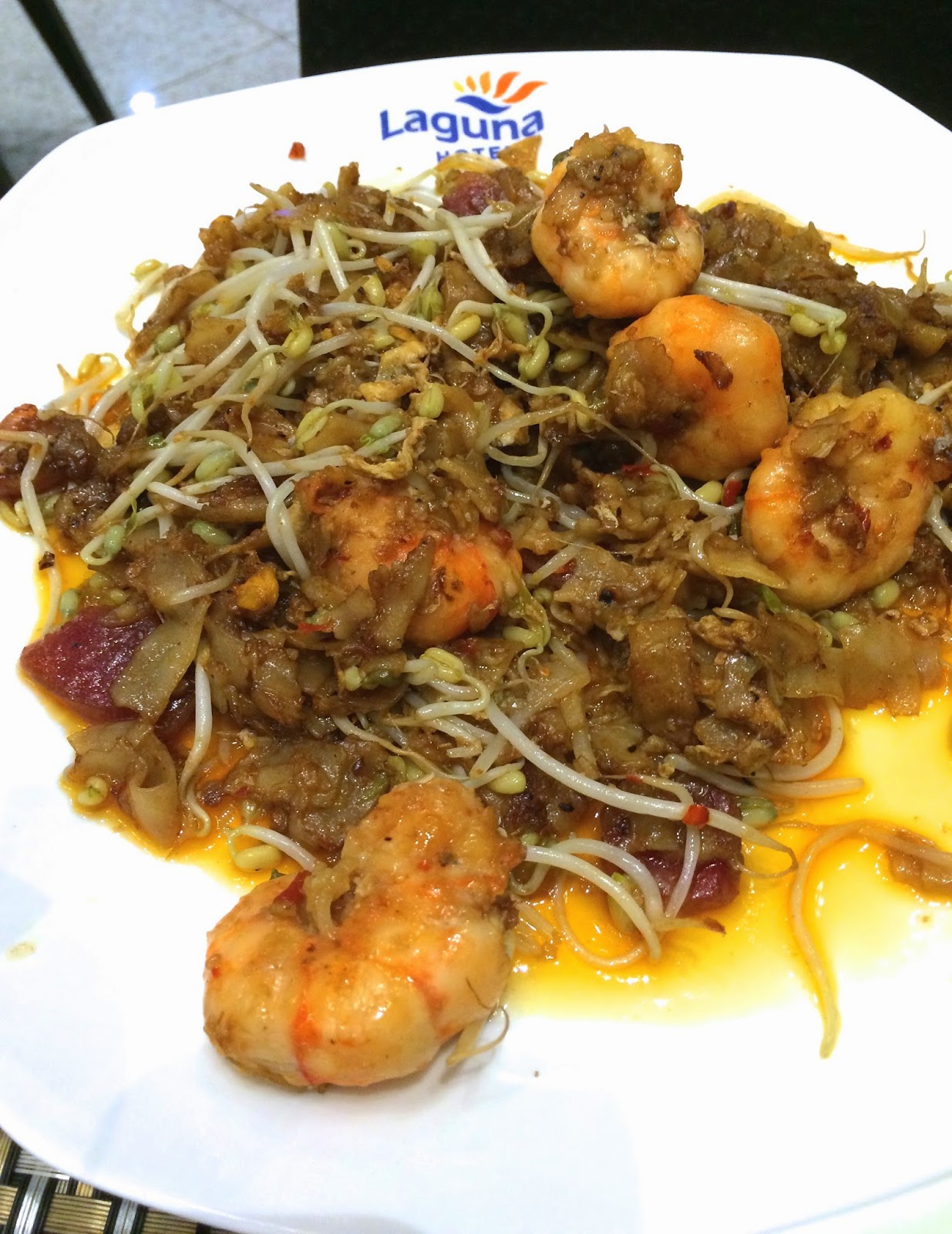 In Papua New Guinea, along with Carmen, for duty travel.  We're here to help the government revise their tobacco legislation (more details to follow).  Although we start work on Monday, we arrived yesterday, a couple days ahead, due to the odd flight schedule.  Will be here for a full week.

Ordinarily, spending extra time in a new country would be a good thing.  I've even paid extra money to do so, as on my recent mission to Bangkok (see for example 5.258 Chicken Noodle Soup).  In Papua New Guinea, not so much. 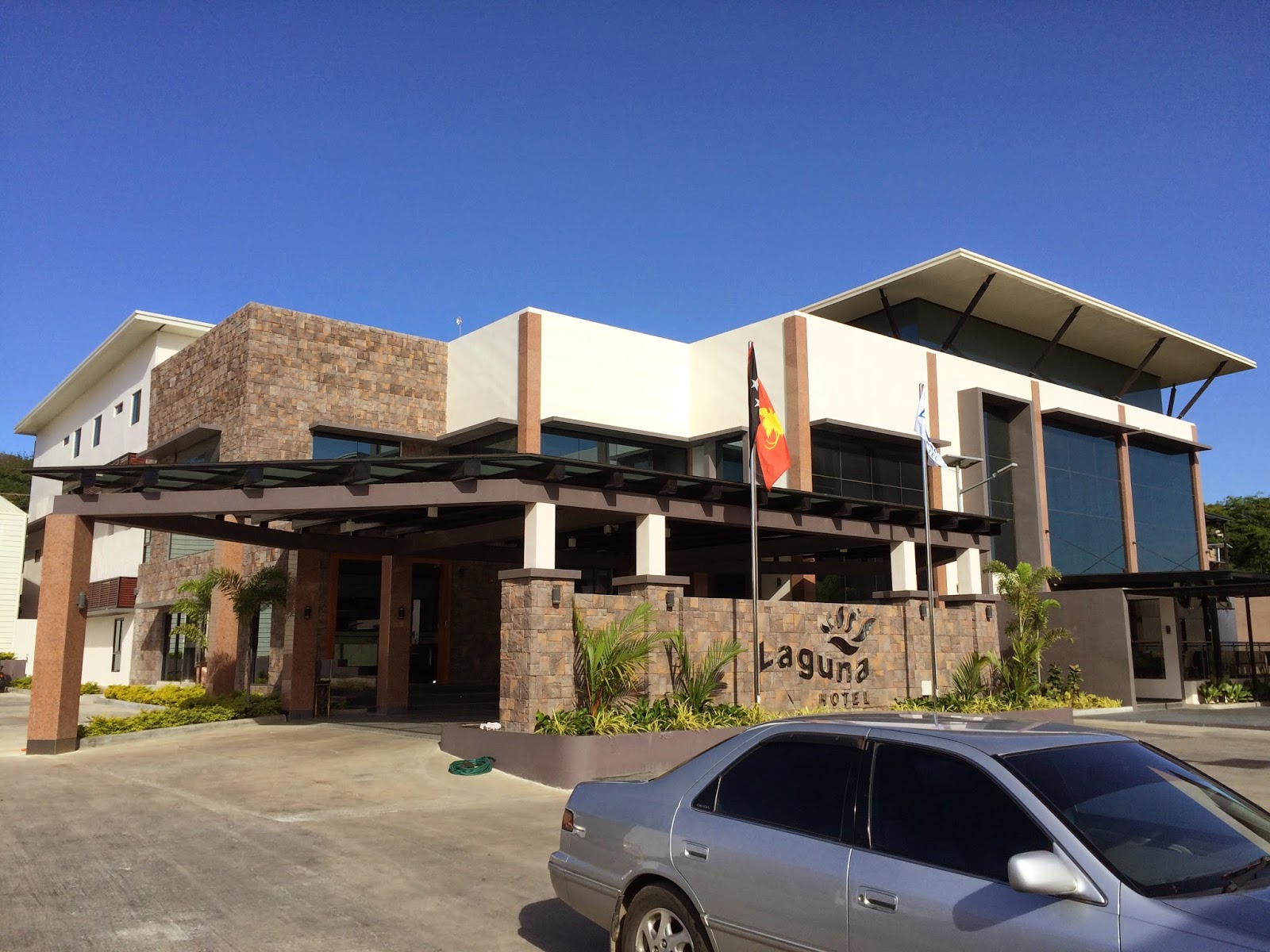 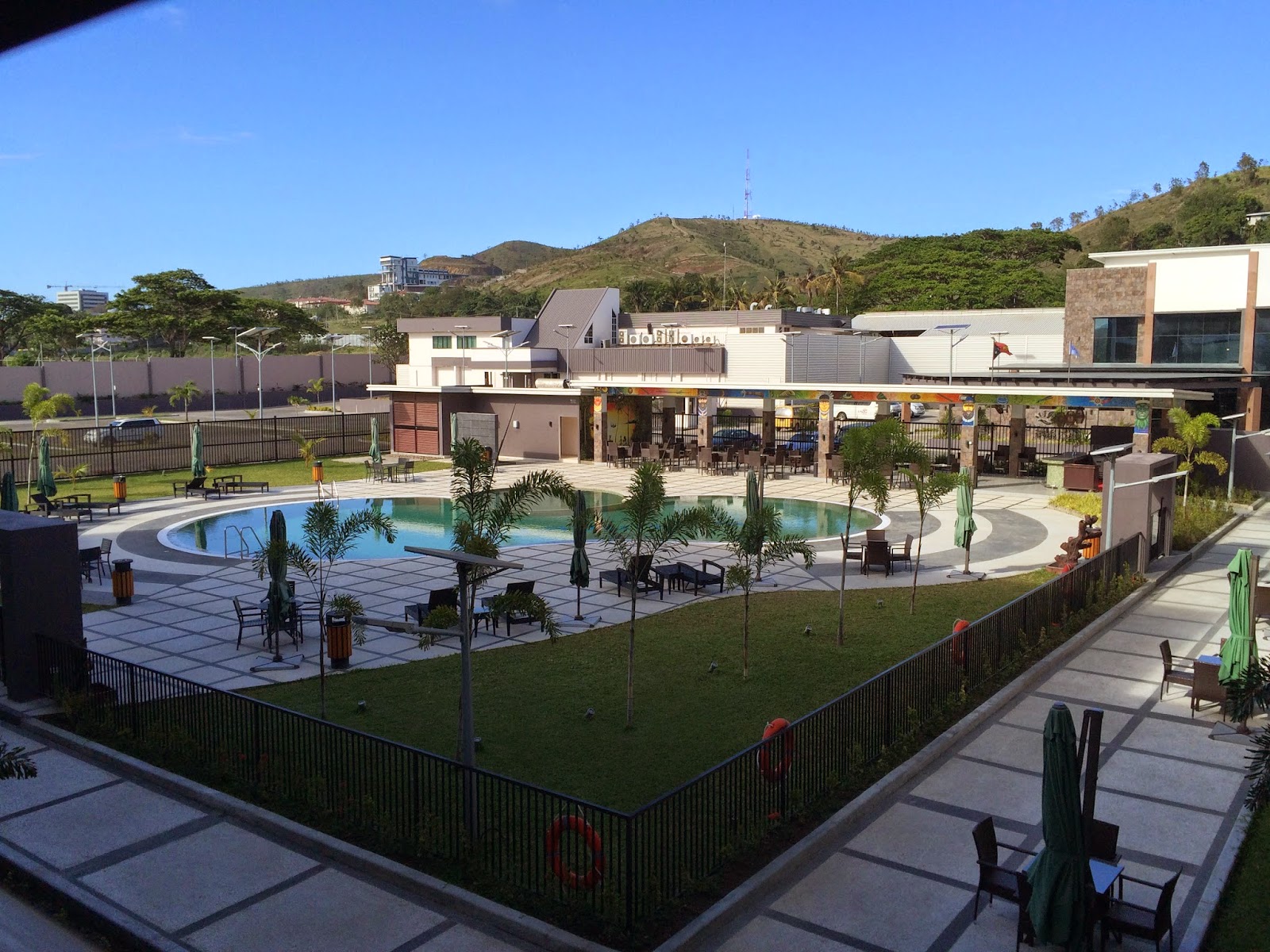 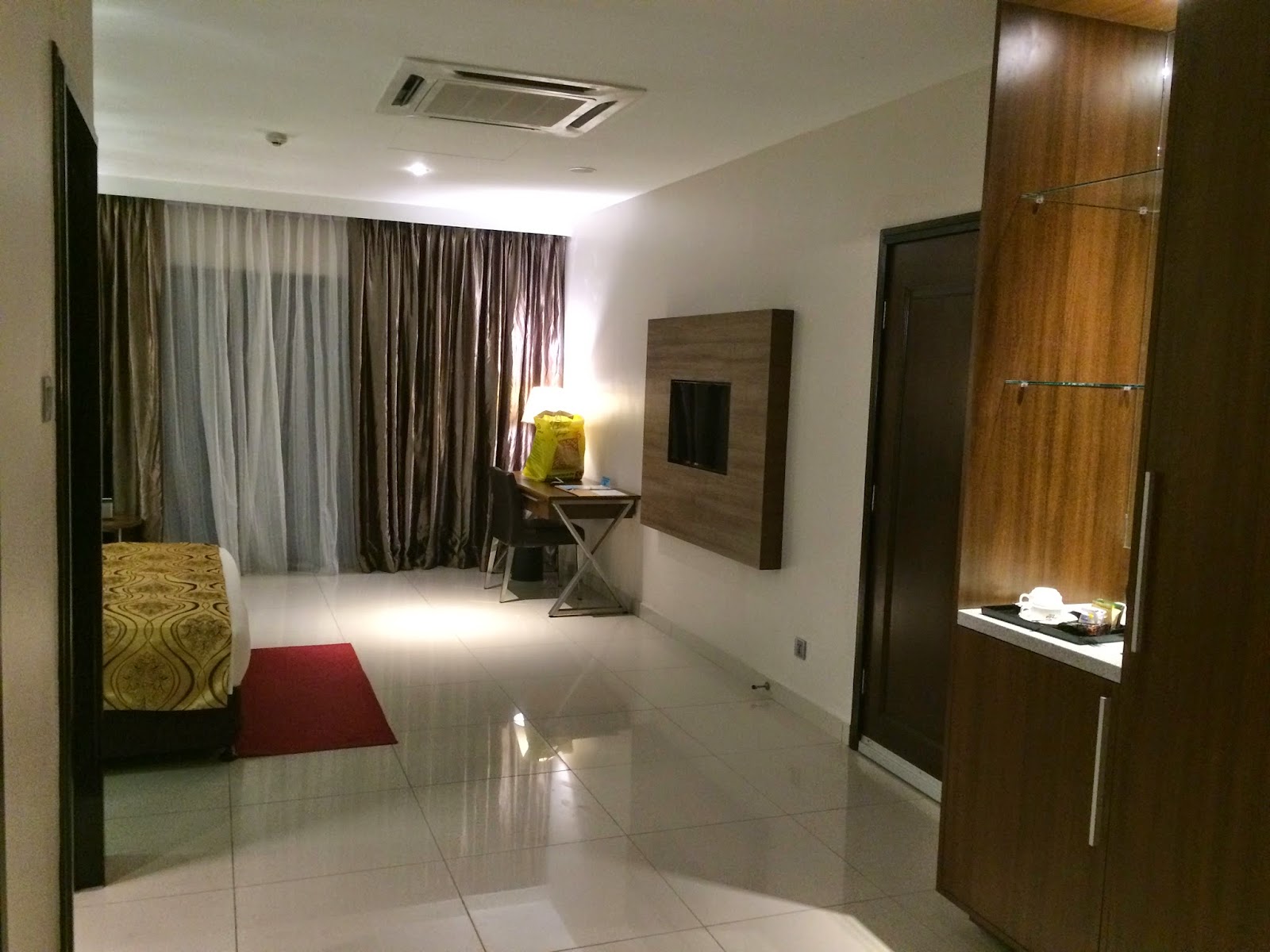 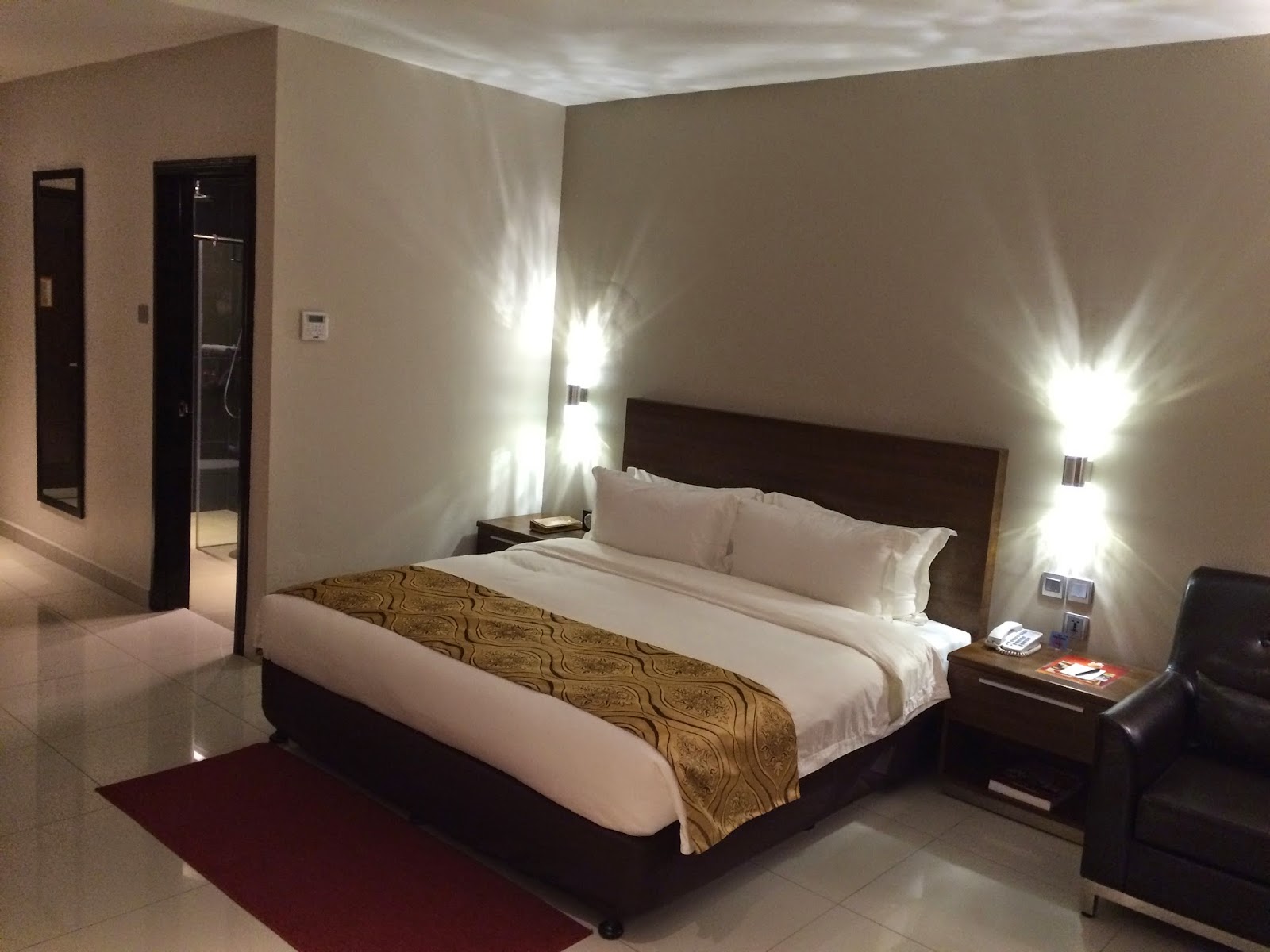 Rooms are spacious, but in an odd way, with a lot of awkward emptiness. 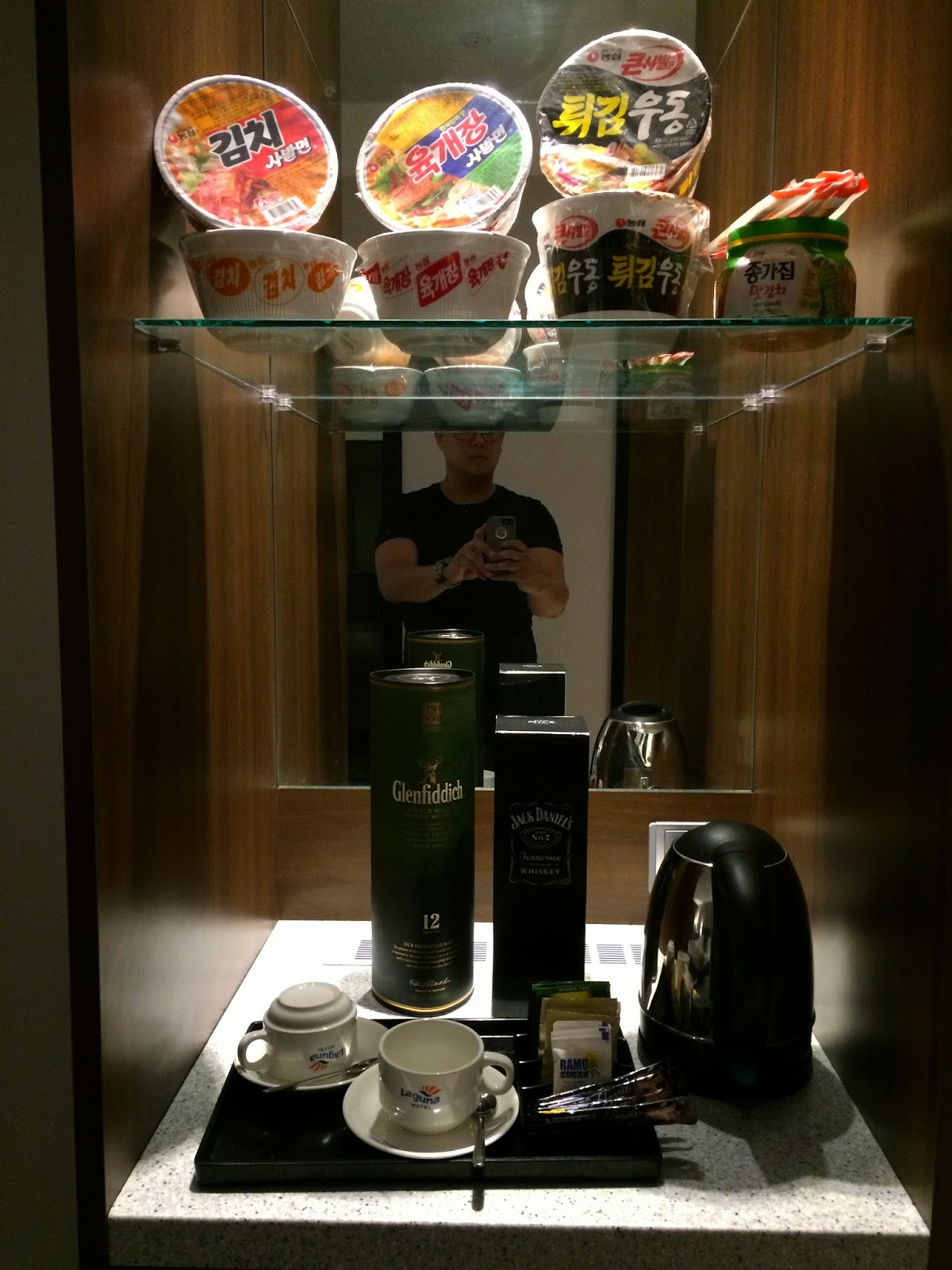 In addition to booze, cup ramyeon and kimchi have become traveling essentials on long missions, especially for destinations outside of Asia. 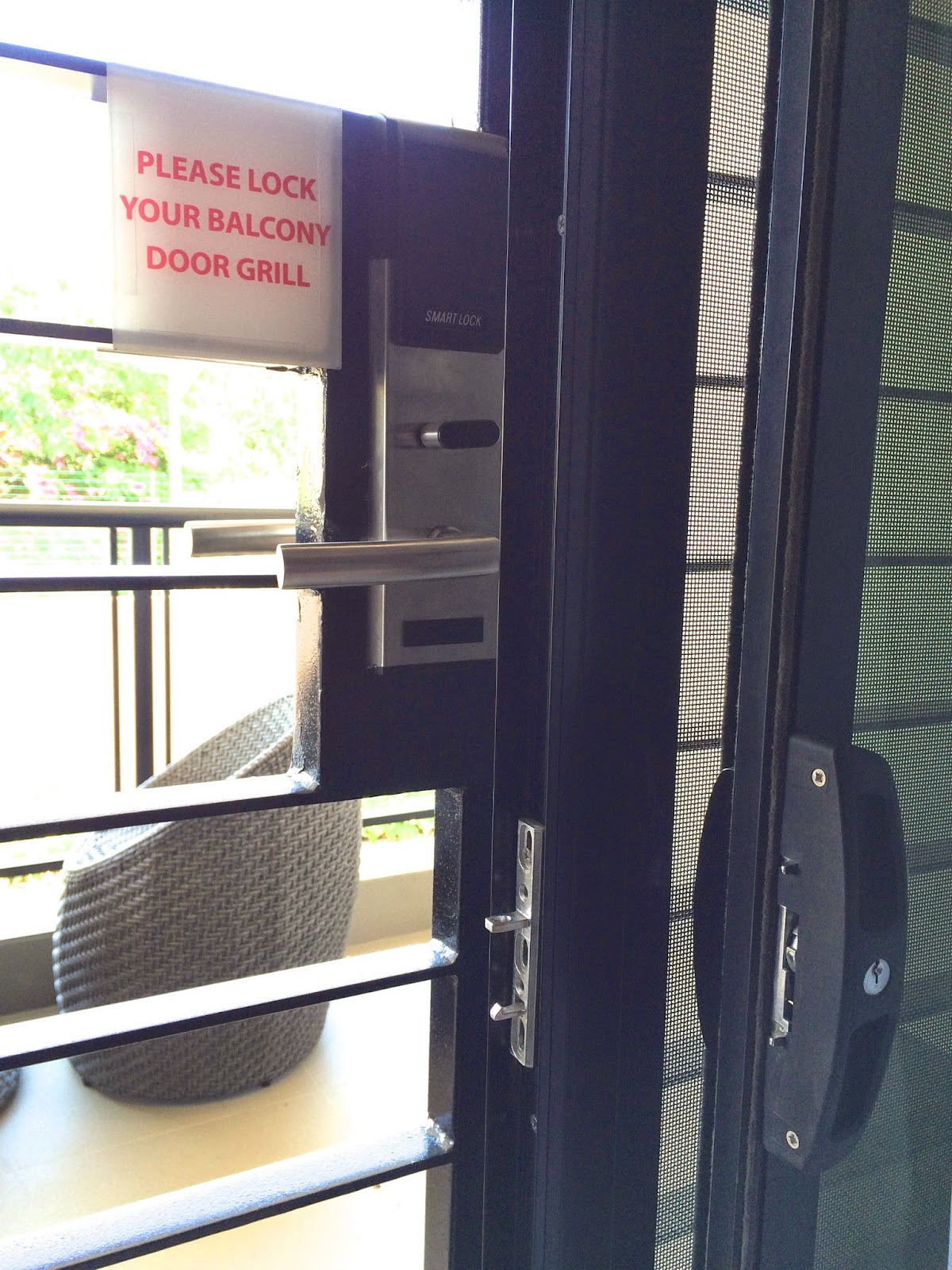 The balcony has 3 locked doors, the last one requiring a digital card key. 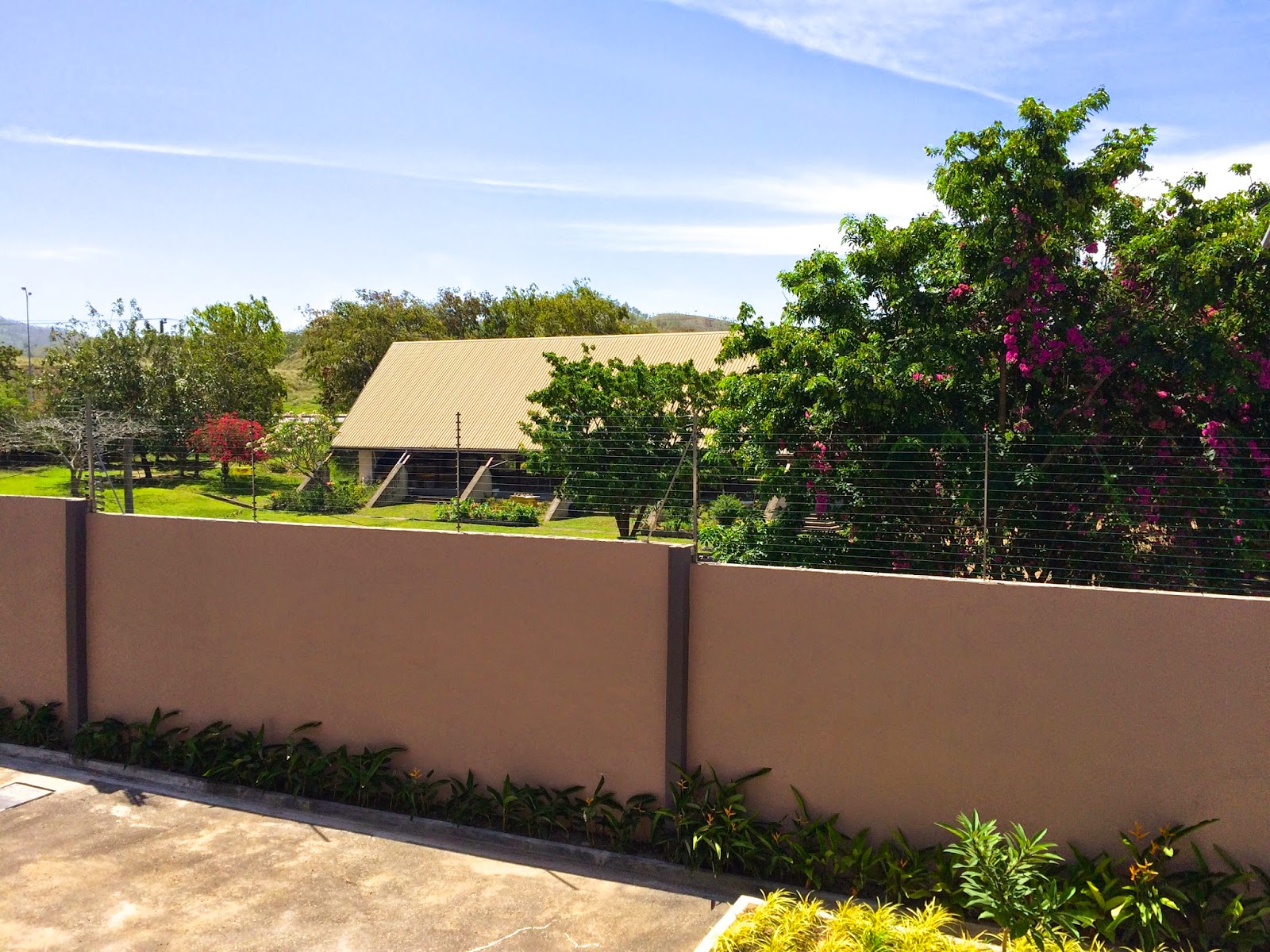 Barbed wire fences (electric, for all I know).

First, due to security concerns, official policy prohibits us from traveling anywhere unless in a WHO or UN vehicle.  High inflation, high unemployment, low police enforcement = high crime rate, much of it violent.  WHO staff members in the country office, all victims of incidents at one point or another, pay $50,000 or more a year to live in buildings with armed guards.  They are also granted R&R leave every 3 months.  Upon arrival, Carmen and I were given walkie-talkies, each assigned a call number (mine is "Hotel 92"--everyone from WHO gets "H/otel" for "health"), and briefed on how to call in a UN security team in the event, say, of getting carjacked or mobbed.  PNG is the only country in our Region with such protocols--in other Regions, the protocols apply to countries like Afghanistan and Syria, just to give you an idea of how serious it is.  The point is that we can't explore the country in our spare time. 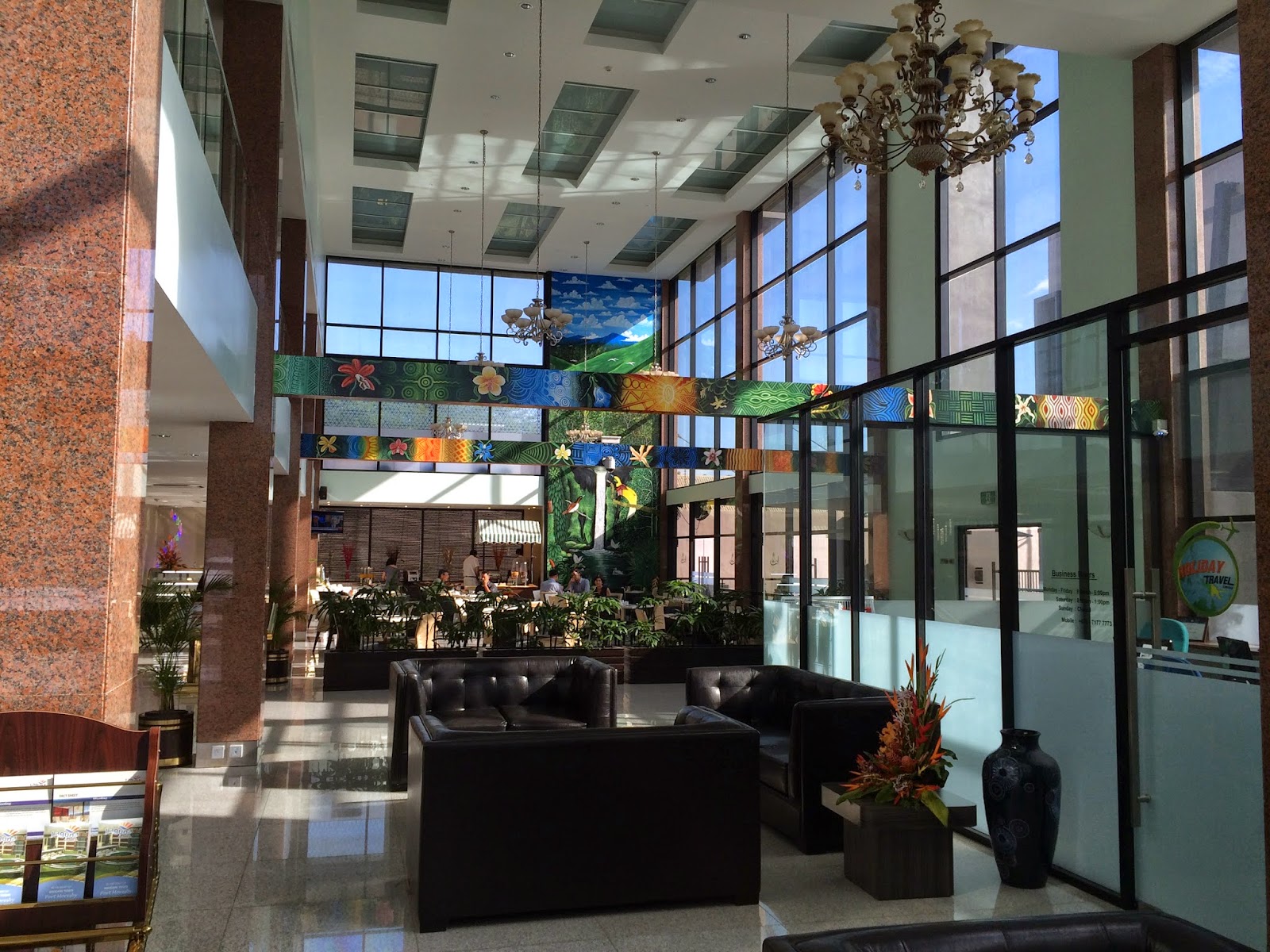 Second, the restaurants here, at least any restaurant where an expat could reasonably/safely be expected to go, such as restaurants in hotels, generally tend not to serve local cuisine.  Must be a Pacific Island thing--I found the same to be true in Fiji, where I had to suffer through various Indian and even Korean dinners before finally finding something vaguely, and only vaguely, Fijian (see for example 5.179 Mama Kokoda with Deep-Fried Taro Root)--in a later post, I'll speculate on the reasons why.  Anyway, the sole restaurant at Laguna Hotel offers Euro/American and Malaysian* dishes only.  So, I can't even explore the food.

The food at La Cafe was okay.

One main difference between Singaporean and Malaysian char kway/koay /kuay teow, other than spelling, would seem to be that the former involves cooking the sprouts during the stir-fry process (see for example 5.238 Char Kway Teow), while the latter adds the sprouts raw at the end (see for example 5.114 Penang Kuay Teow), as here. 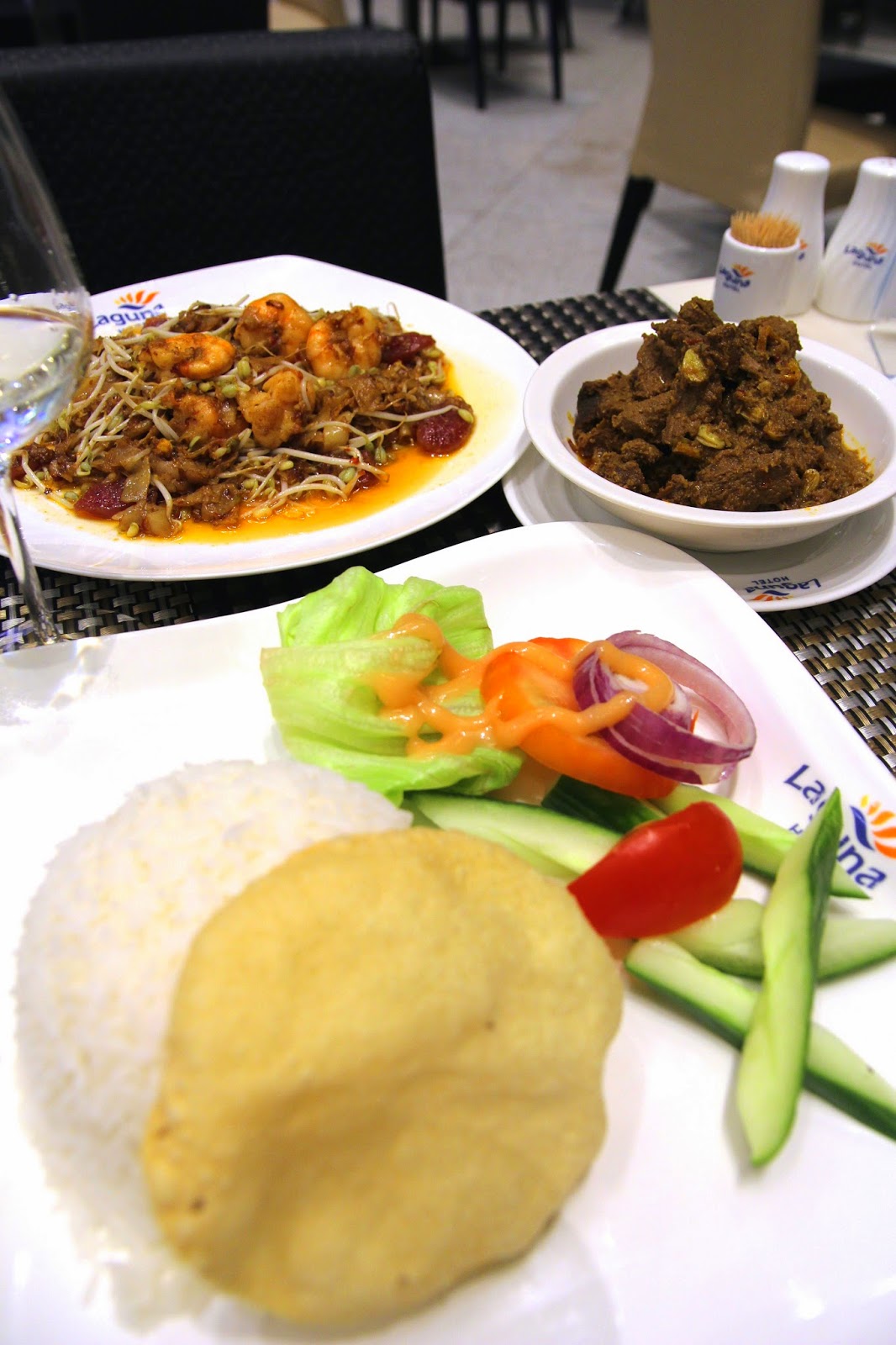 Finally, internet at the hotel is absurdly expensive.  After 50 MB free per day, additional data costs 1 PGK (1 Papua New Guinean kina = about 40 cents) per 1 MB.  To put that into perspective, in this day of graphic-heavy interfaces, 50 MB (about 20 USD) allows for perusal of maybe 1 website and 2 emails.  So, I can't even explore anything virtually. 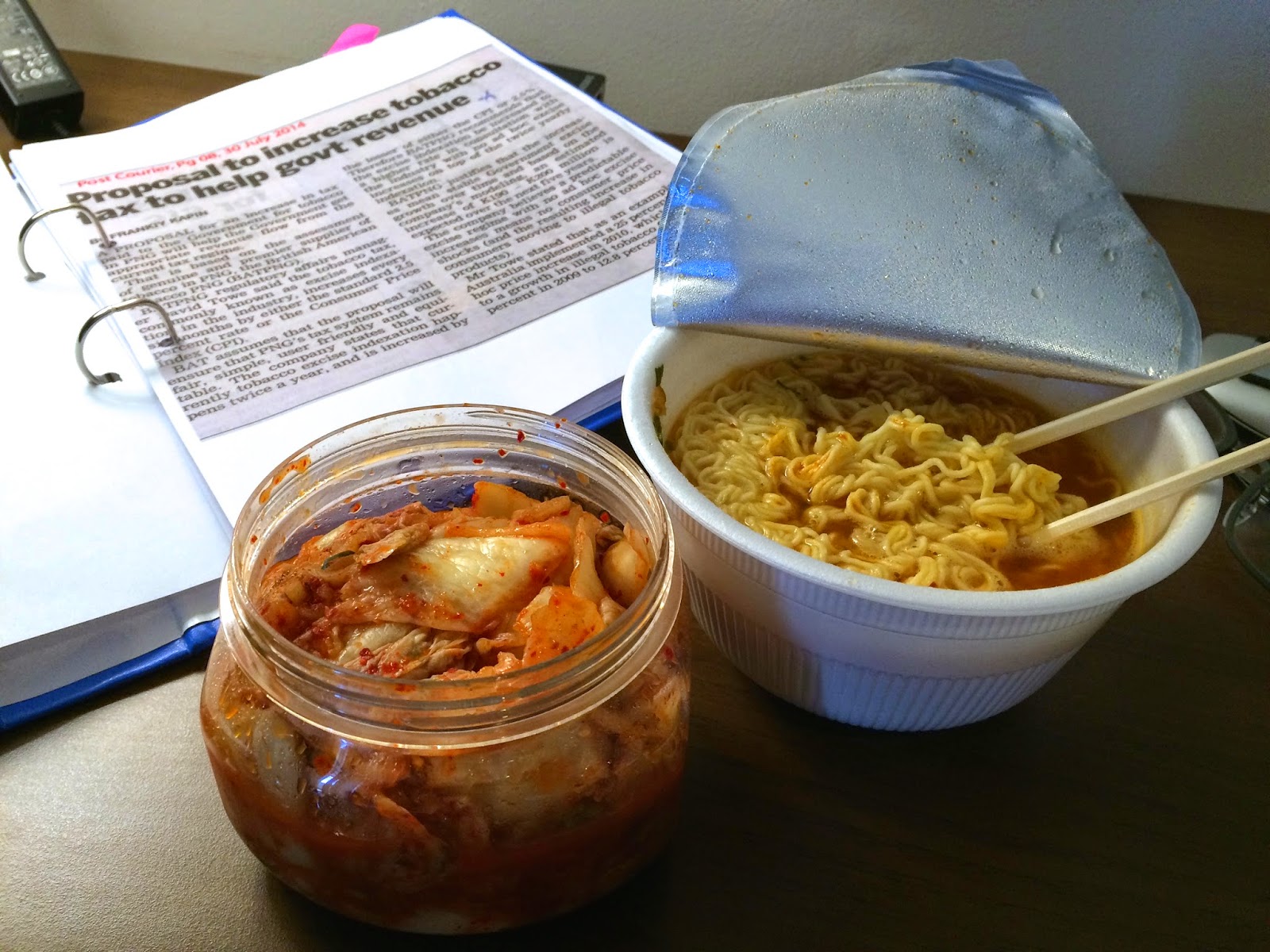 *Malaysian owners.  Apparently, for whatever reason, Malaysians own a lot of businesses in the country.