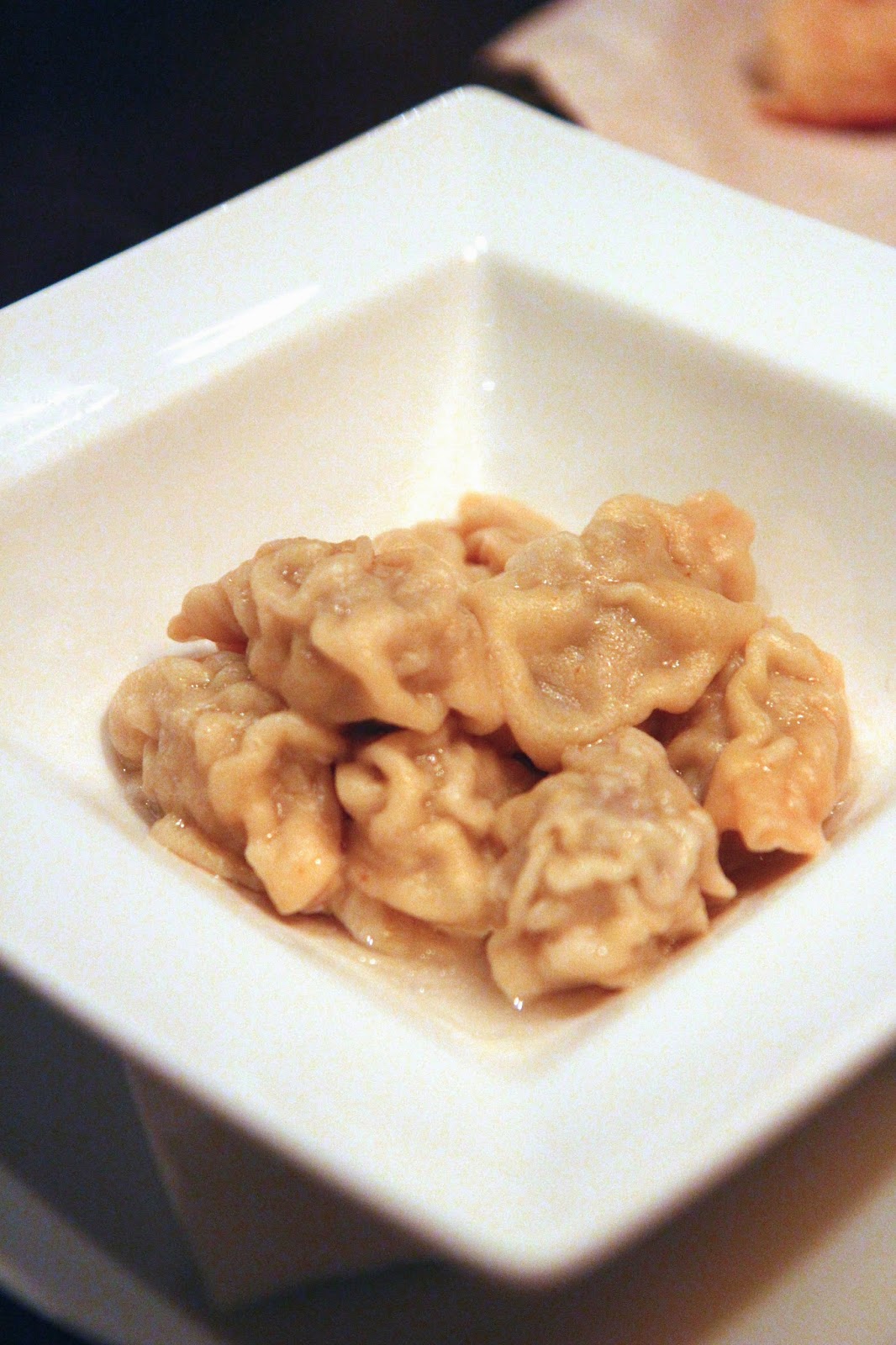 I've been dispatched to Russia to attend a tobacco conference, which runs from Monday through Saturday (more details to follow).

Bapashka is a Russian restaurant.  Menu offers a good selection of the mainstream classics.  Located across the street from World Trade Center Moscow, next door to Shinok.

Kyurza is an Azerbaijani dumpling.  Consists of minced meat, most commonly lamb but could be anything, along with a few simple aromatics, spices, and seasonings, wrapped in a thin flour skin, boiled or steamed, served dry or in broth, probably topped with sour cream, maybe scallions/parsley/dill/cilantro for garnish.  Essentially the same thing as Russian pelmeni (see for example 5.280 Black Sturgeon Caviar...)--the differences detectable, if at all, only by locals.* 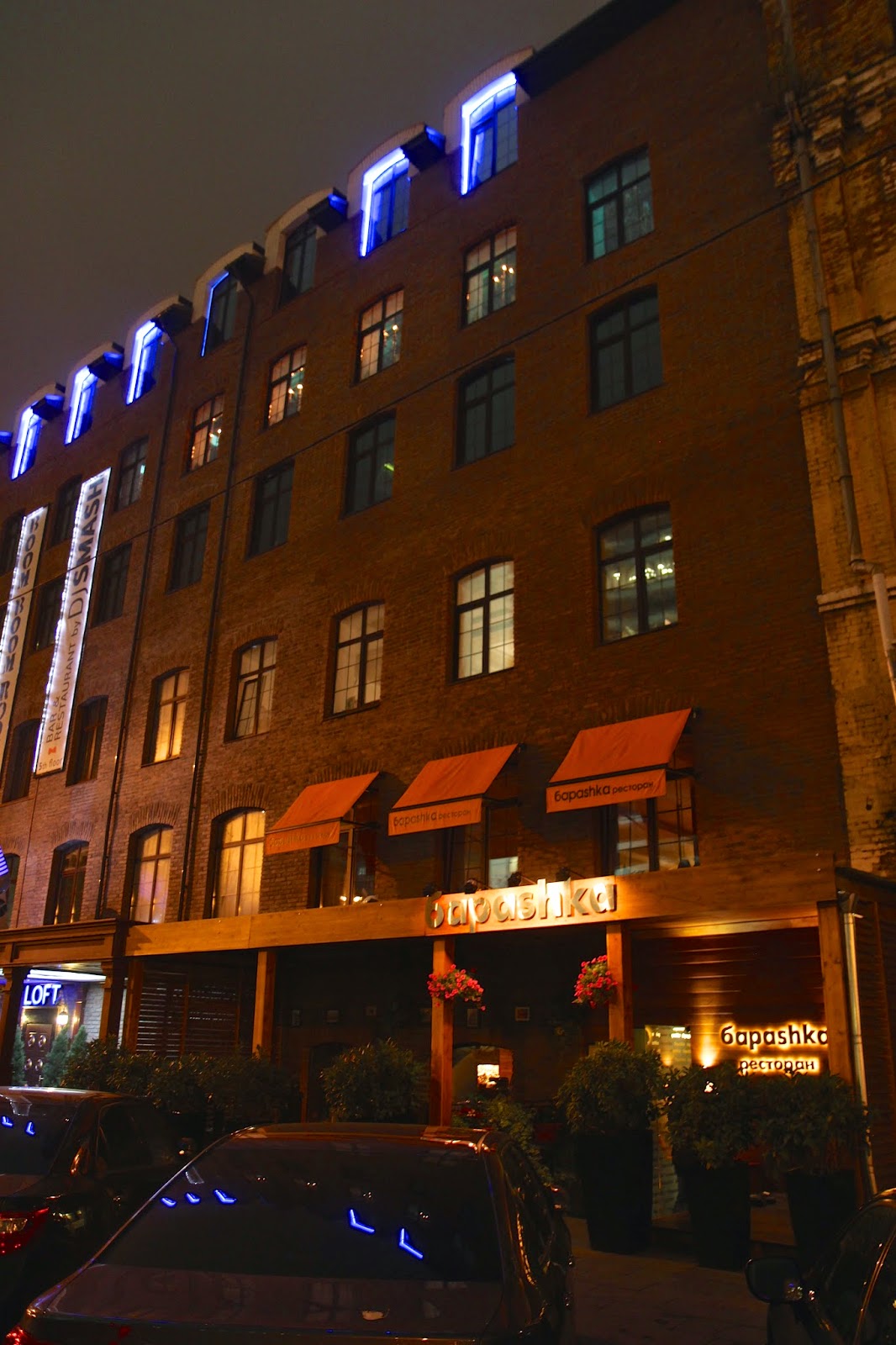 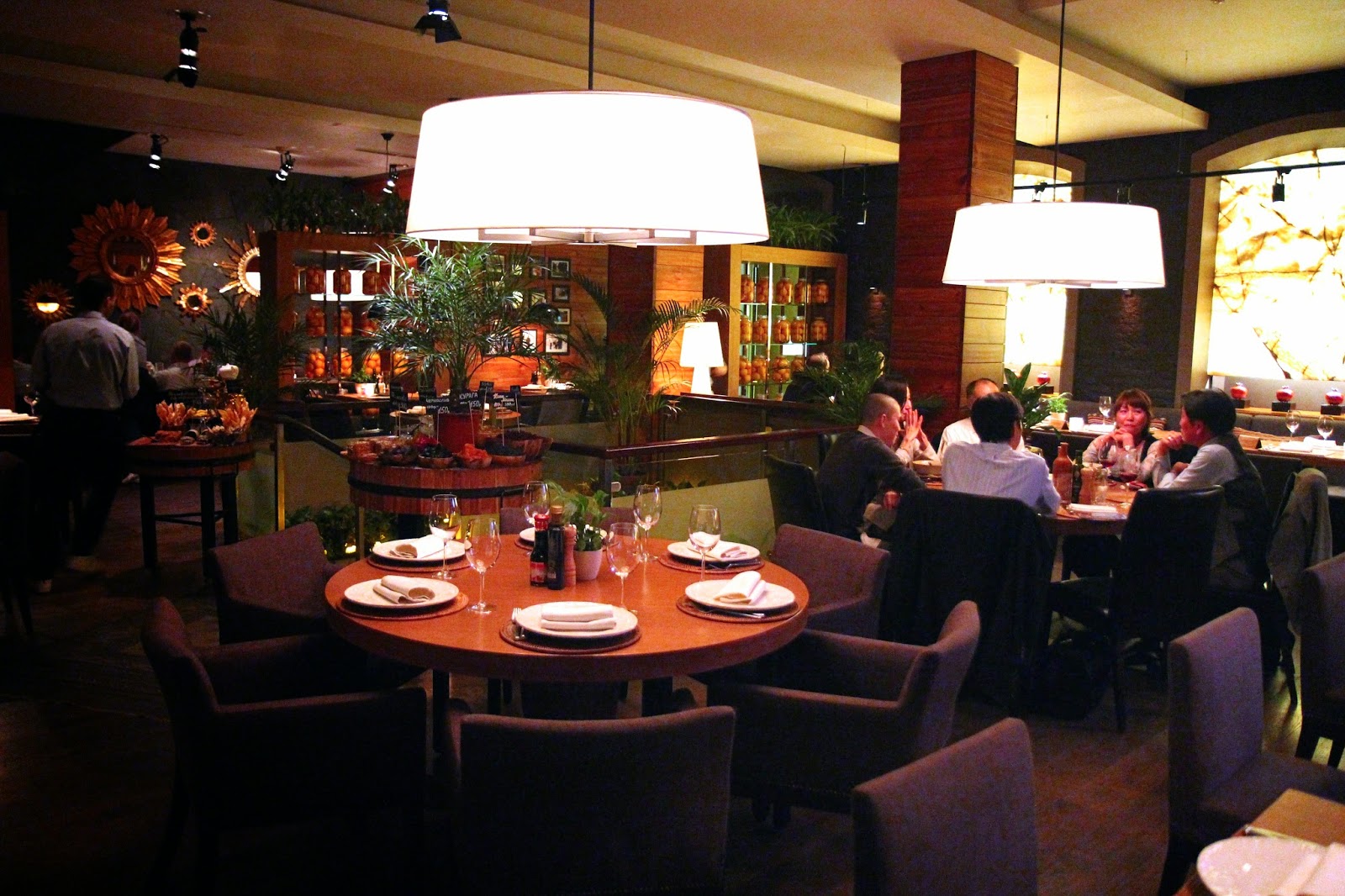 Much more of a standard dining environment than Shinok. 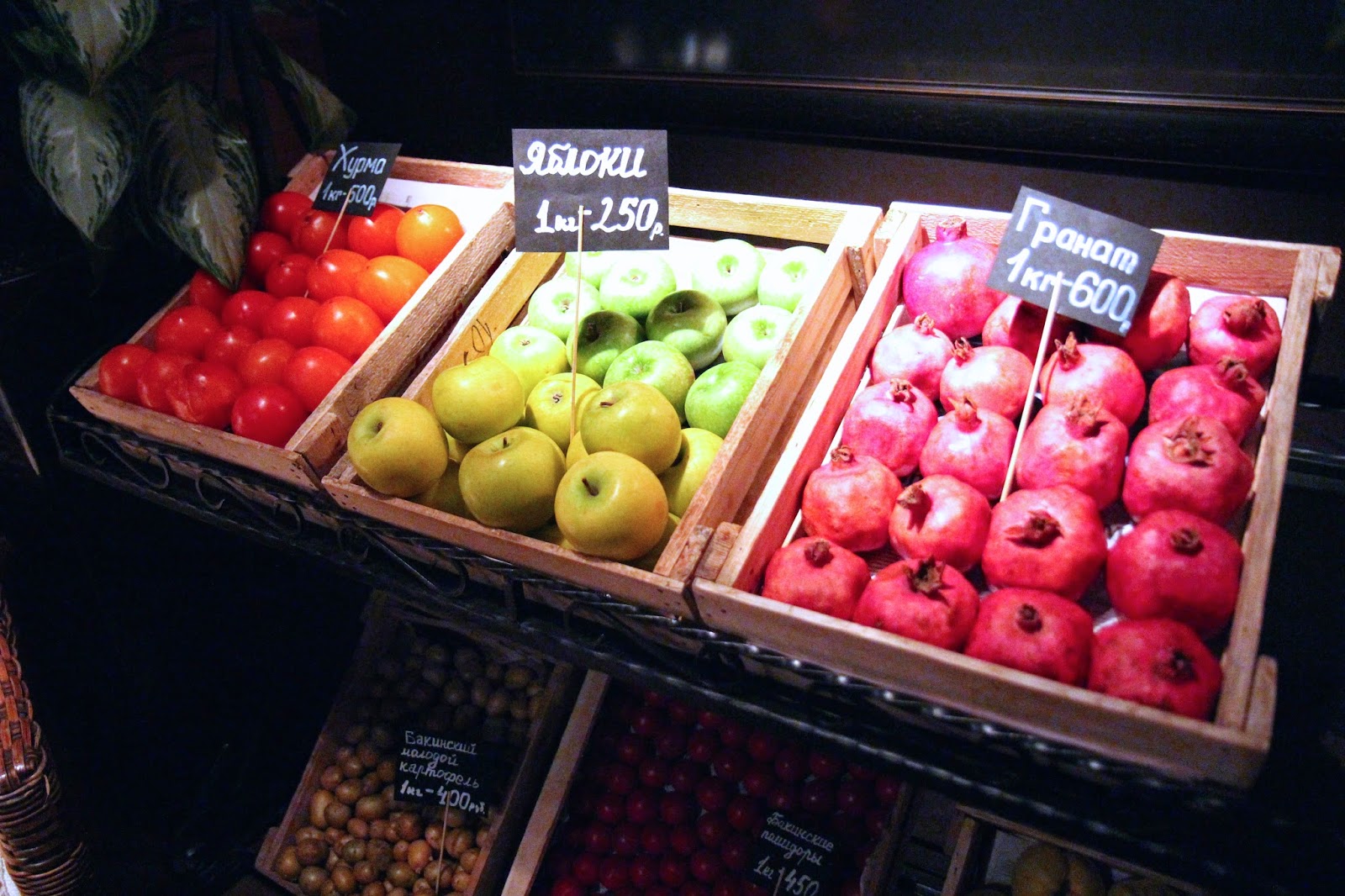 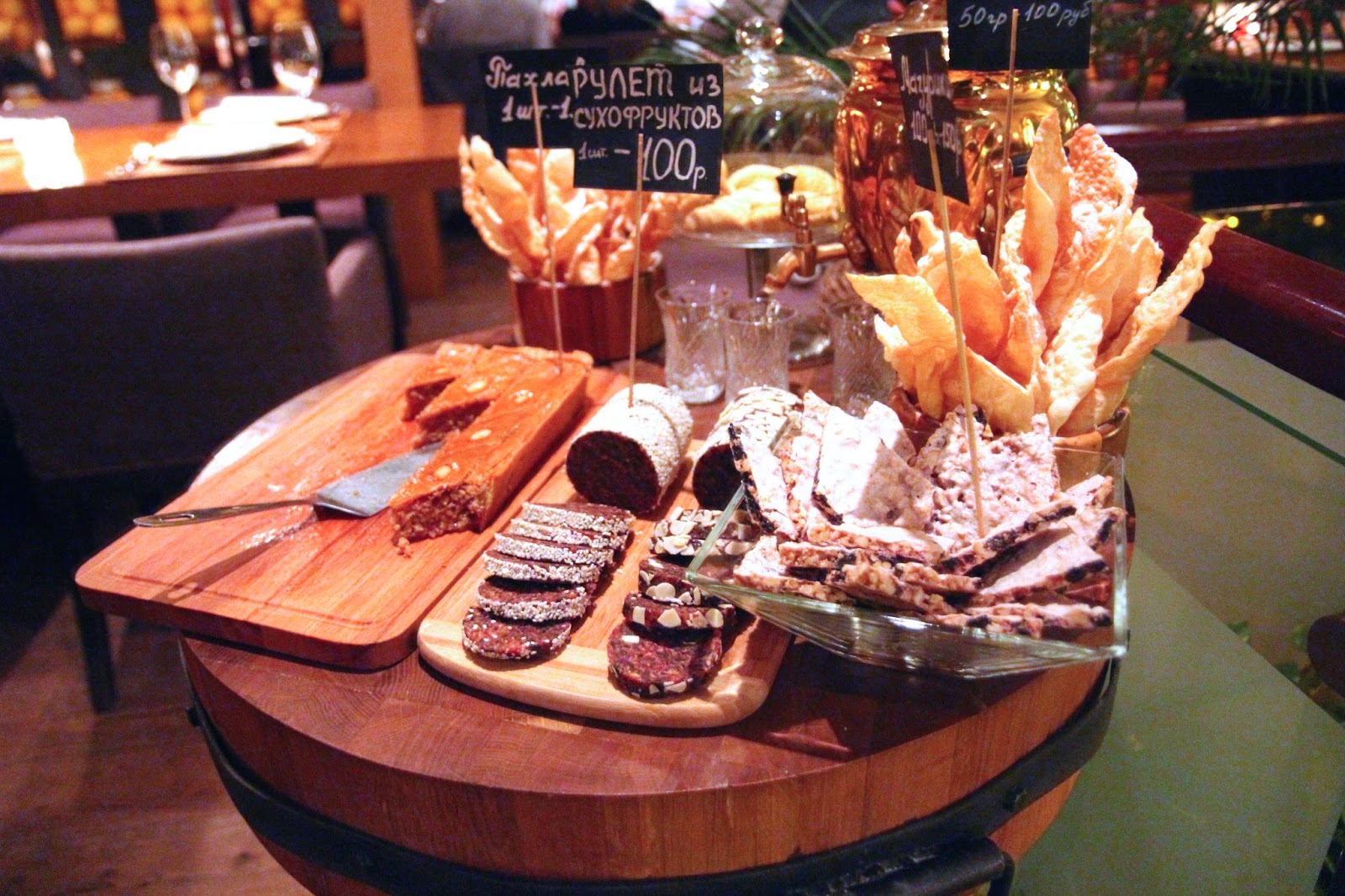 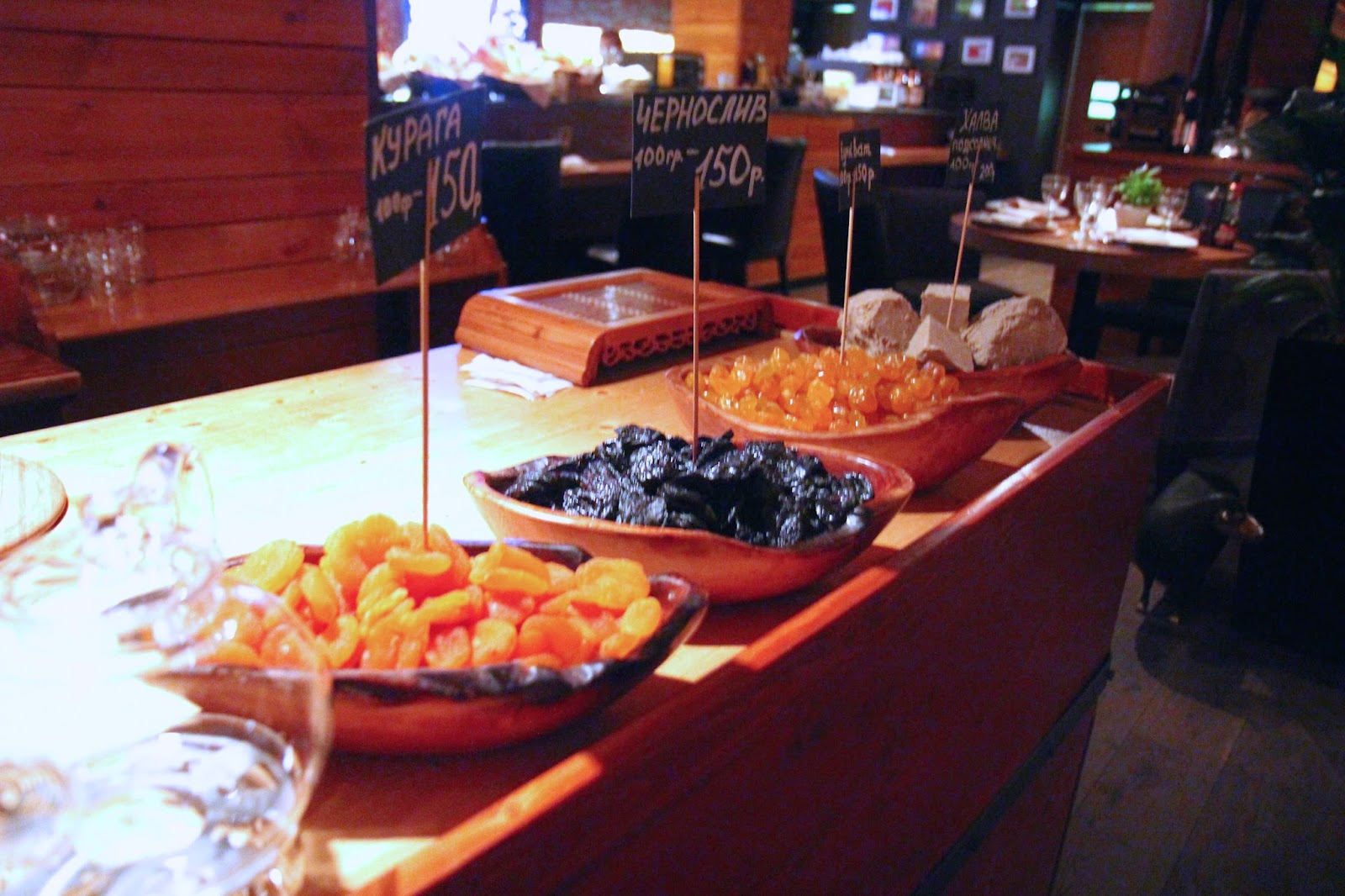 Not immune from gimmick, however, displays of goodies, such as fresh/dried/candied fruit, bread and pastries, etc., are scattered throughout the dining area, presumably available for sale.


*Azerbaijan is another country in the USSR culinary bloc mentioned yesterday.  But being on the southern end, bordering both Turkey and Iran, its cuisine would presumably reflect the Muslim (Middle-East/Persia/Arabic/Levantine) culinary bloc's influence, such as heavier use of spices, lots of lamb. 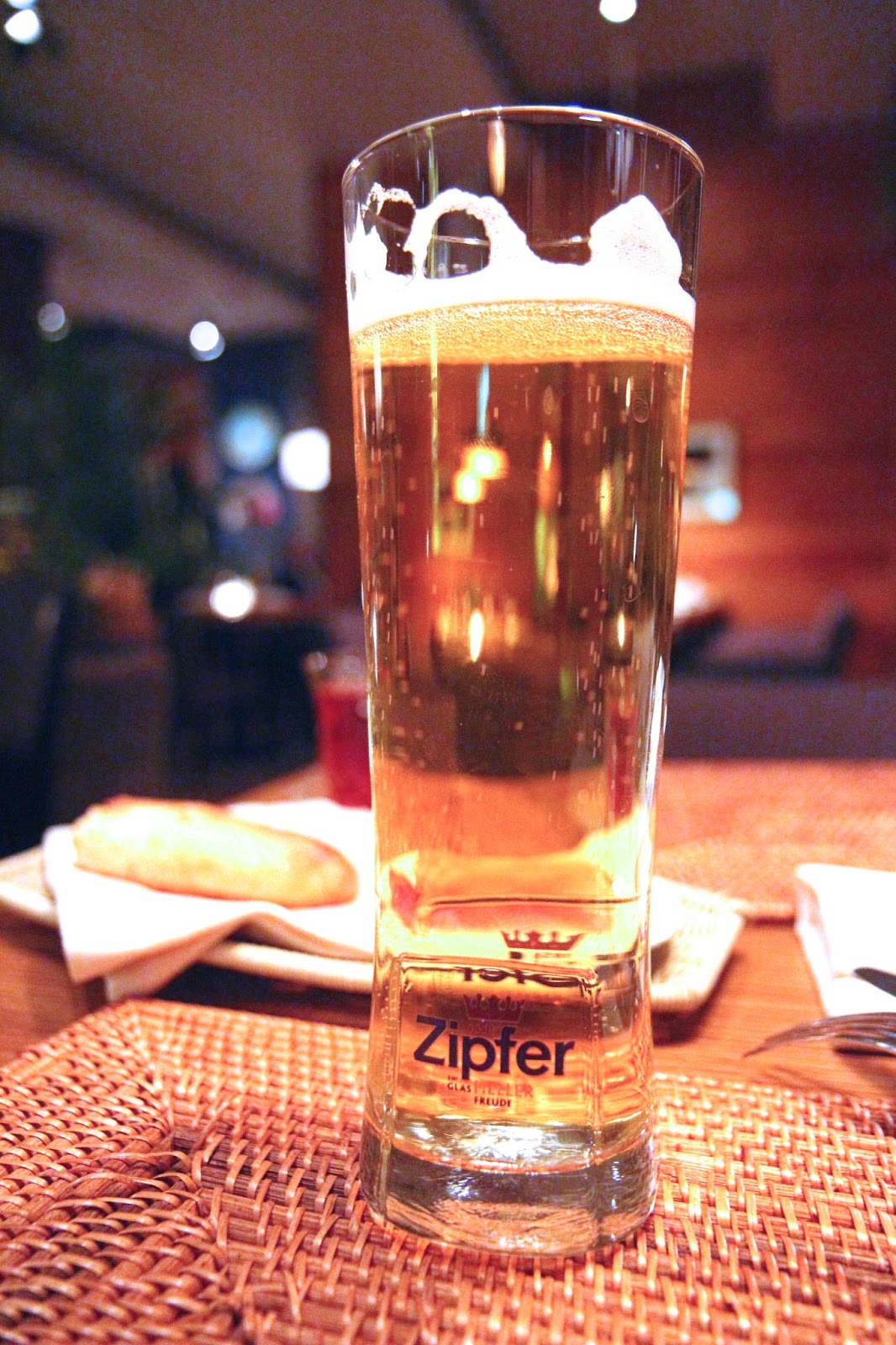 The food was kinda blah overall.  Described on the menu in English as "juicy Azerbaijani meat dumplings," I found the lamb filling in the kyurza to be a tad too gamy, but I'm featuring them on this post just to register another country to the ever-growing By Origin list--3 new countries on this trip thus far!  So, the meal was worth at least that. 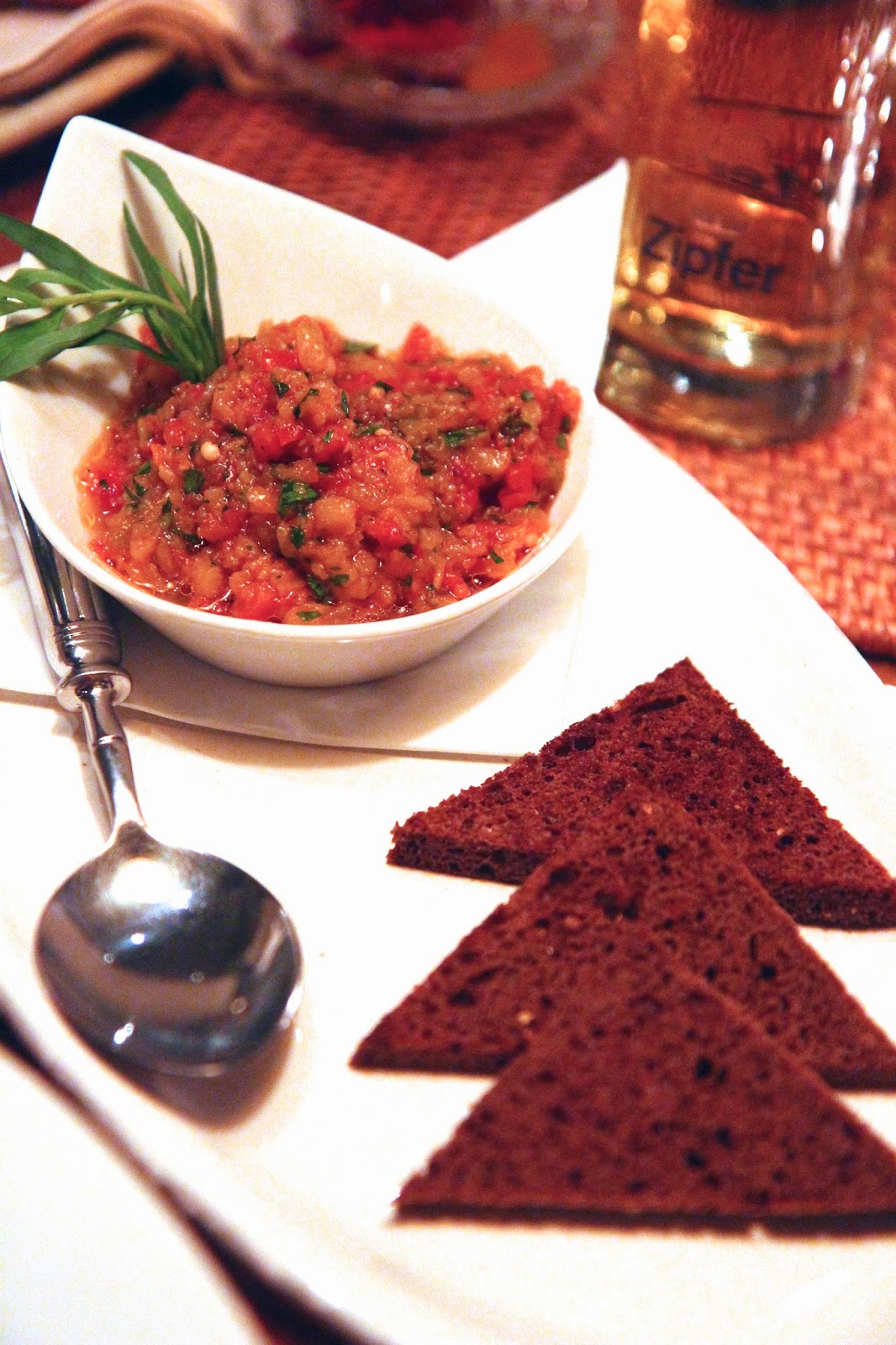 Homemade Ragout with Vegetables Backed on Coals (3.5)--maybe "ragout" means something different in Russia, but this was more of a salsa/ratatouille with grilled tomatoes and such, no meat, no sauce; in any case, quite nice. 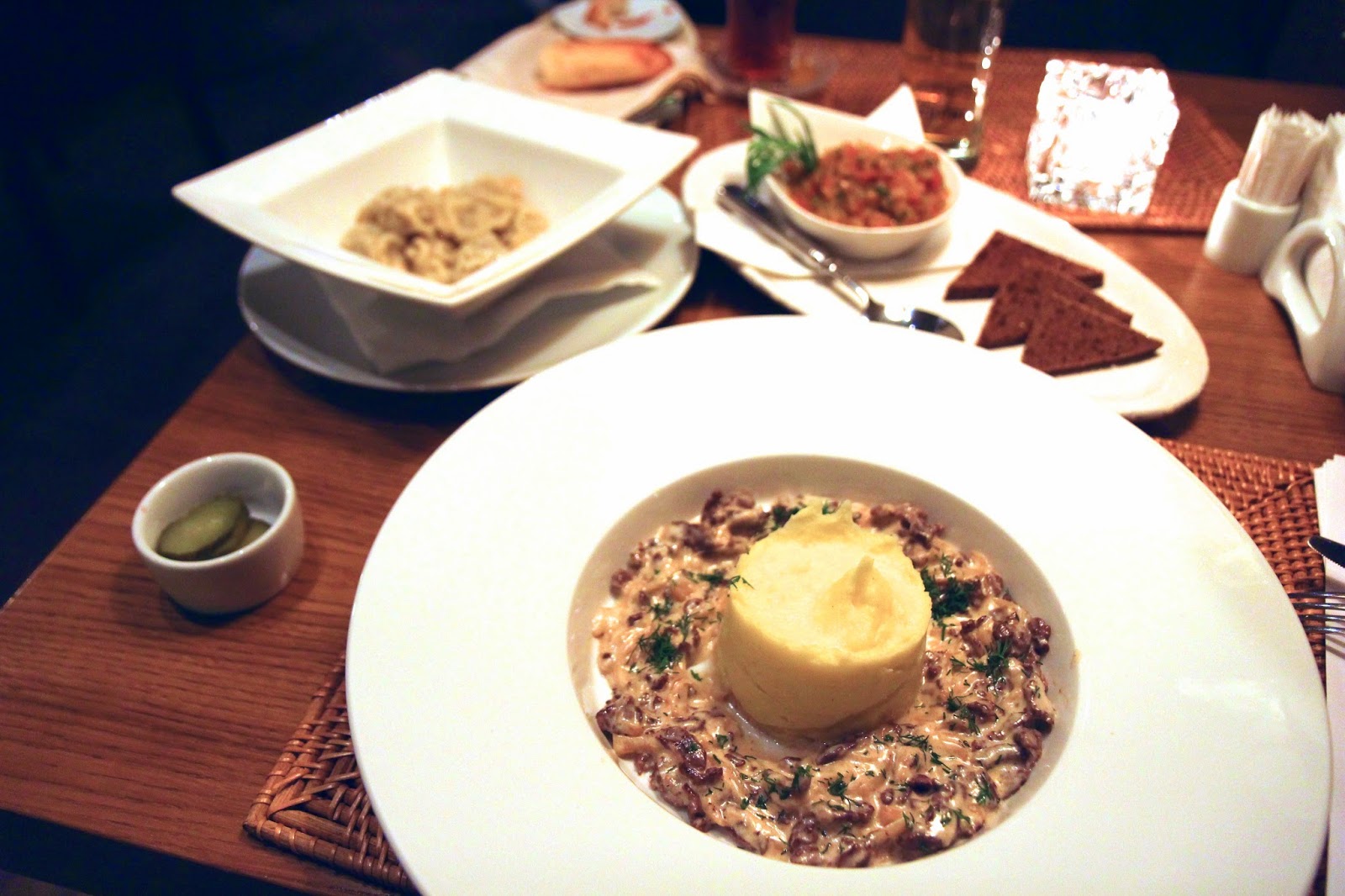 Stroganoff Meat with Porchini Mushrooms (2.0)--too salty in itself, but okay when mixed with the mash.