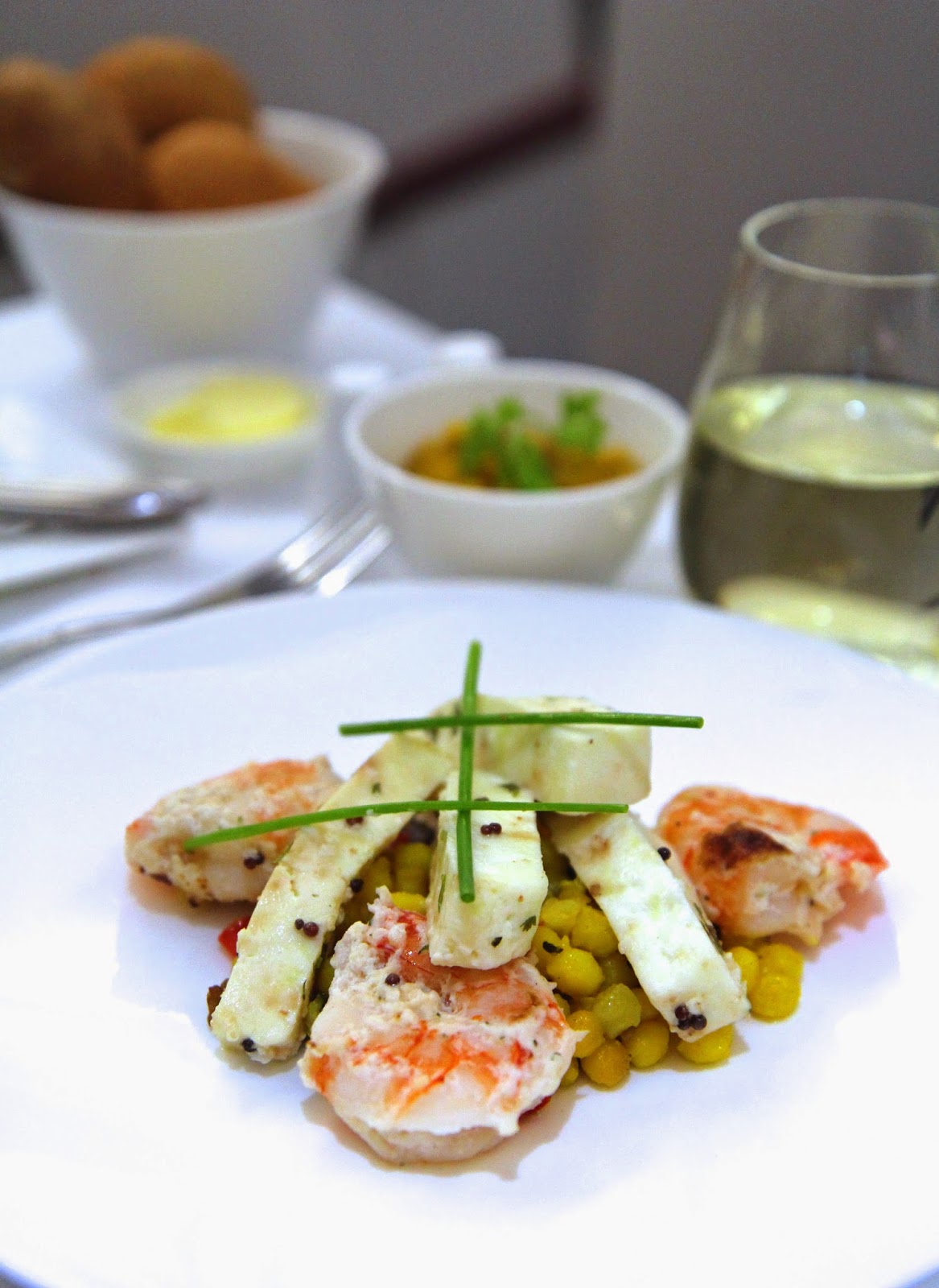 -Somewhere over the Asian Continent-

As a representative of the WHO Western Pacific Regional Office, I was dispatched to Russia, along with Carmen, to attend the Sixth Session of the Conference of the Parties (COP6) of the WHO Framework Convention on Tobacco Control.  While Carmen took care of Secretariat duties, I handled other matters, like, say, singlehandedly averting a geopolitical disaster that would've derailed the entire proceedings--sorry, can't go into details (Taiwan).  Overall, one of the most fulfilling missions that I've undertaken for the Organization thus far. 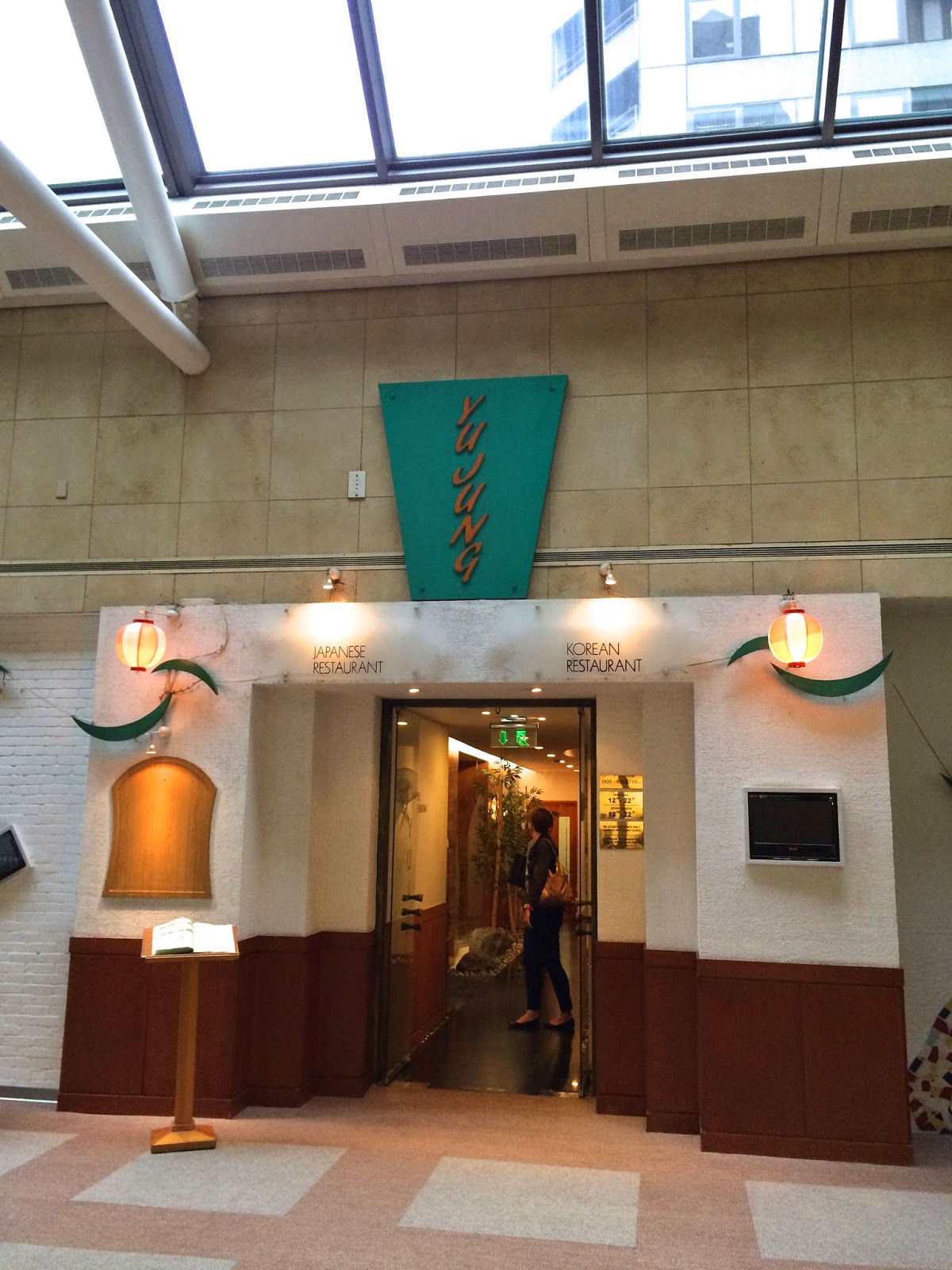 Yujung is a Korean/Japanese restaurant.  Offers both Korean and Japanese dishes, sometimes in combination.*  Located in World Trade Center Moscow.

After the conference wrapped, a few of us went for lunch at Yujung.  Partly at my suggestion.  But mostly, I think, because the place had been beckoning all week long, its entrance facing the entrance to our main event hall, forcing us to pass by dozens of times every day. 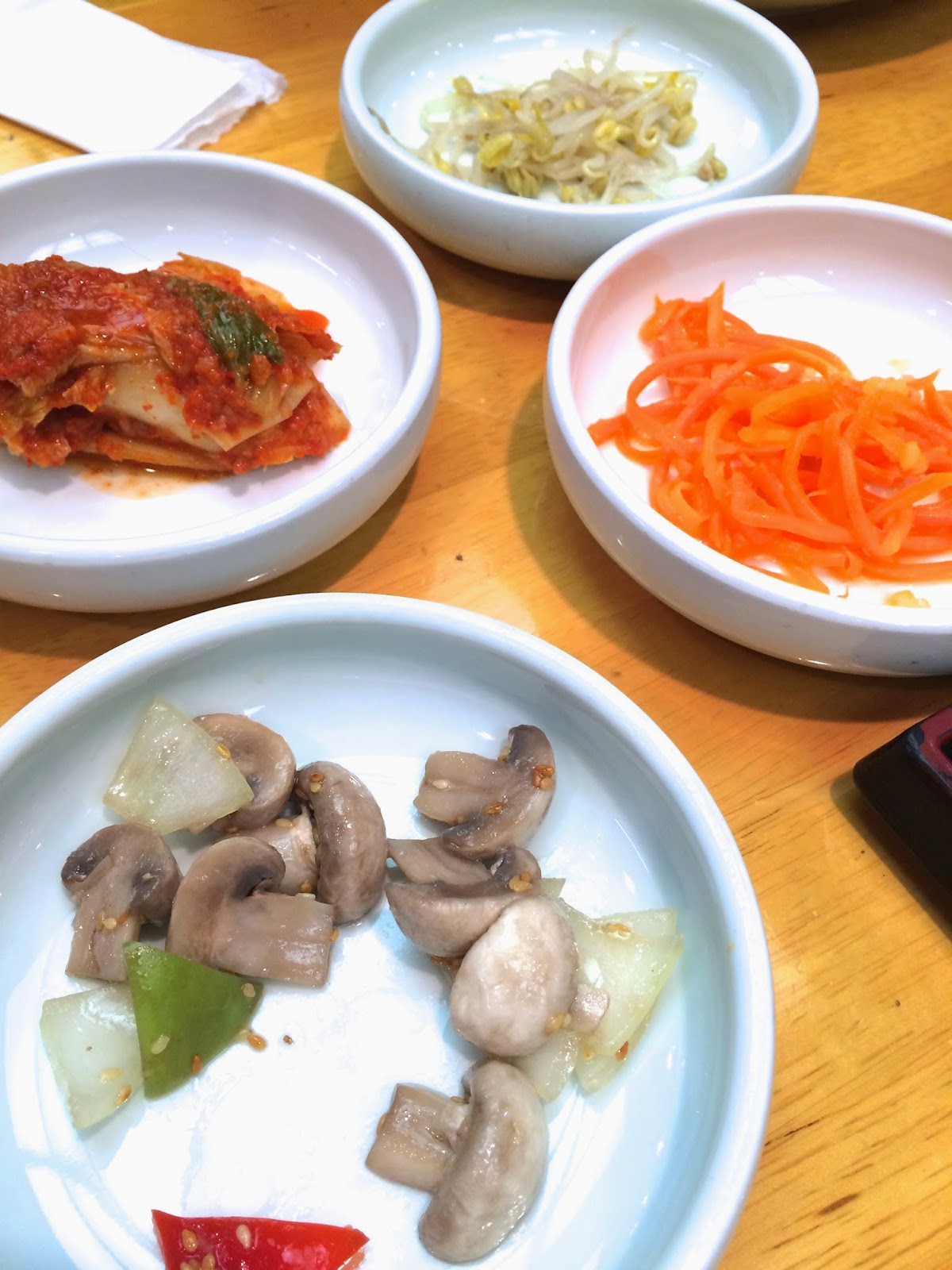 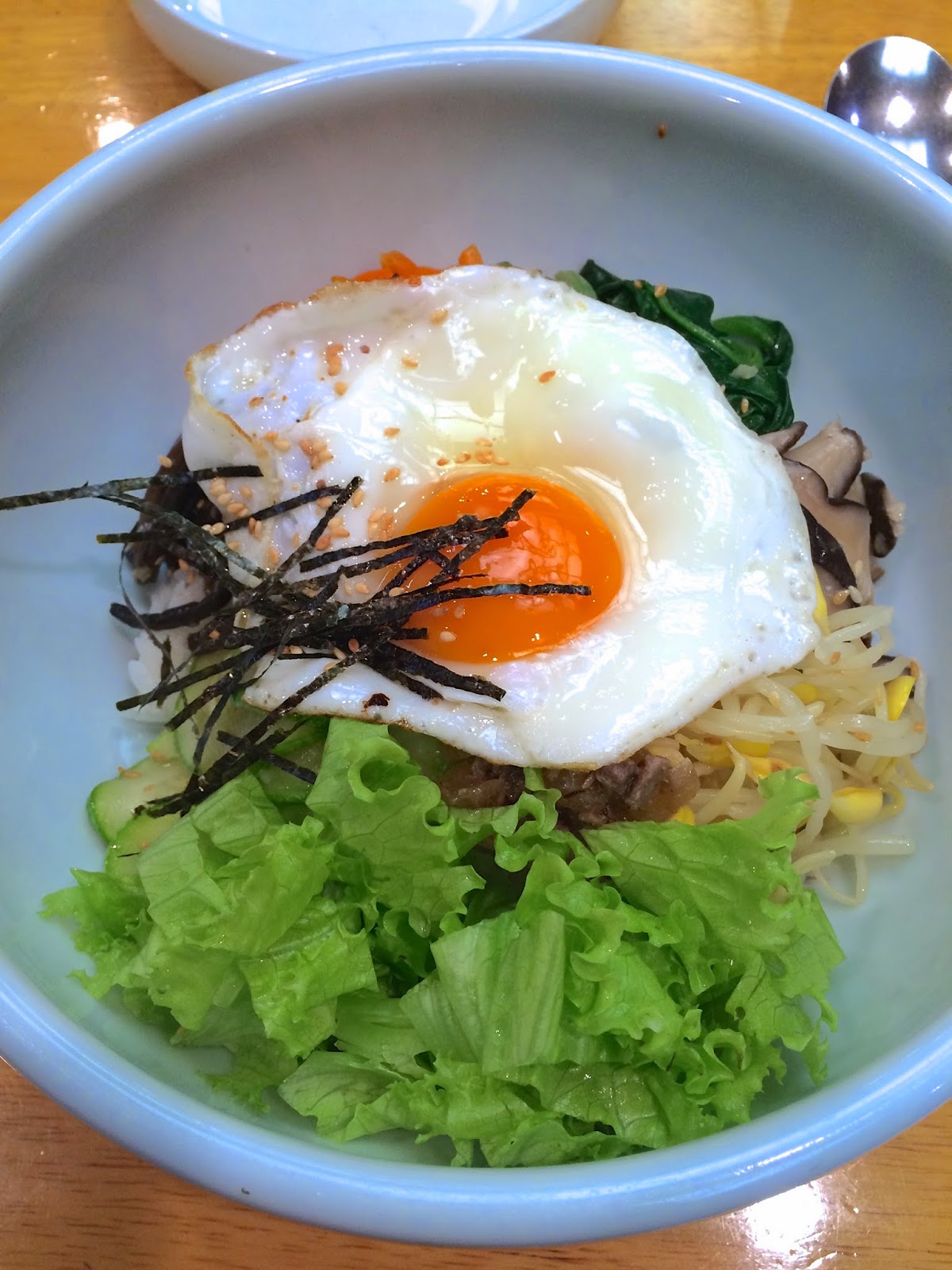 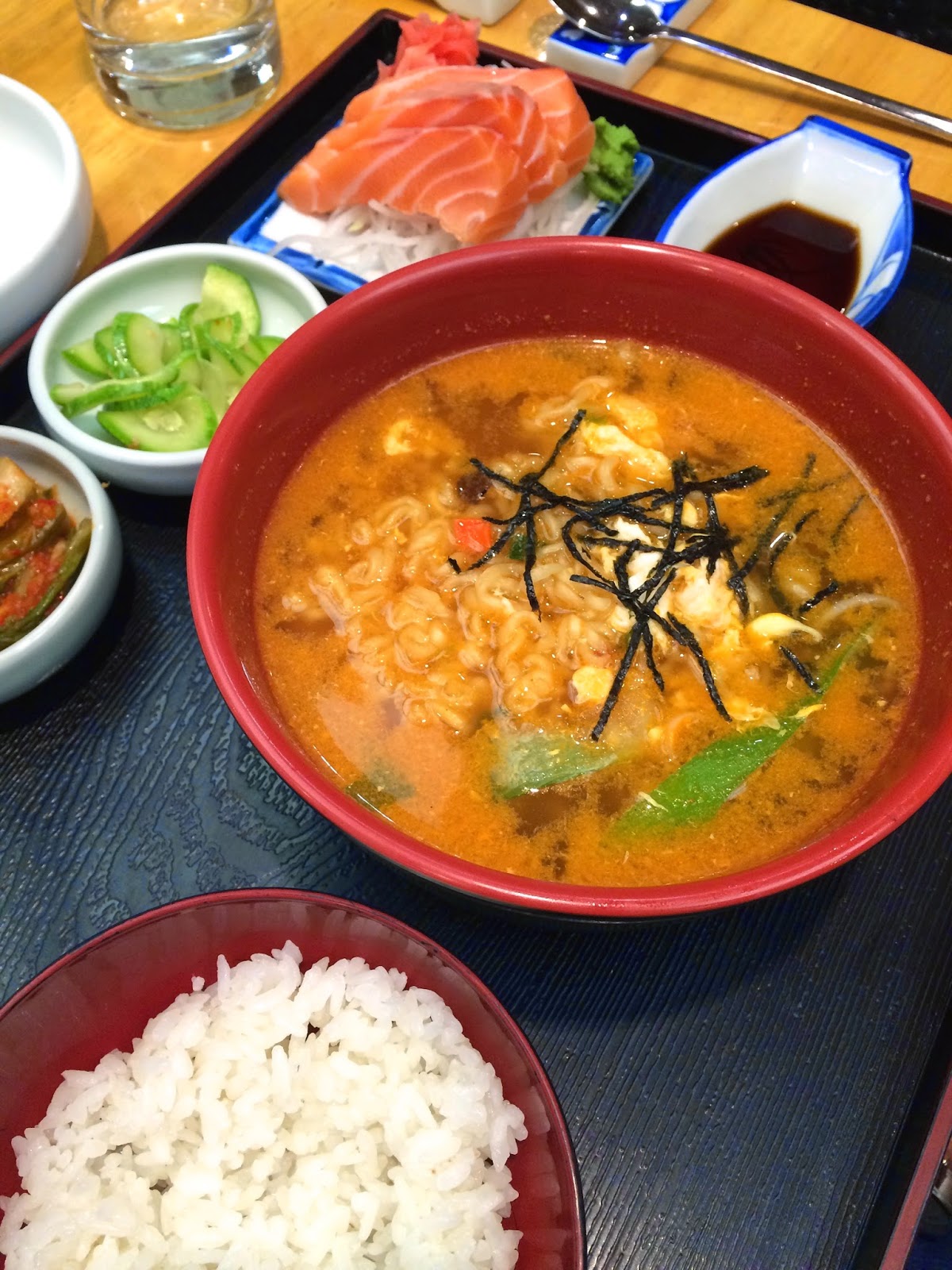 The food was okay.

More importantly, I can now list Moscow as another city outside of Korea--18th city in the 11 country--where I've tried a Korean restaurant (see generally 5.276 Spicy Chicken Muchim).

Generally, I'm noticing that Korean food abroad these days is all okay, not quite there, but close enough, and well on its way.  Presumably, as the cuisine becomes more recognized in foreign markets, the dishes can be prepared more closely to the real thing.  And globalization, presumably, has facilitated ready access to ingredients.  Small world. 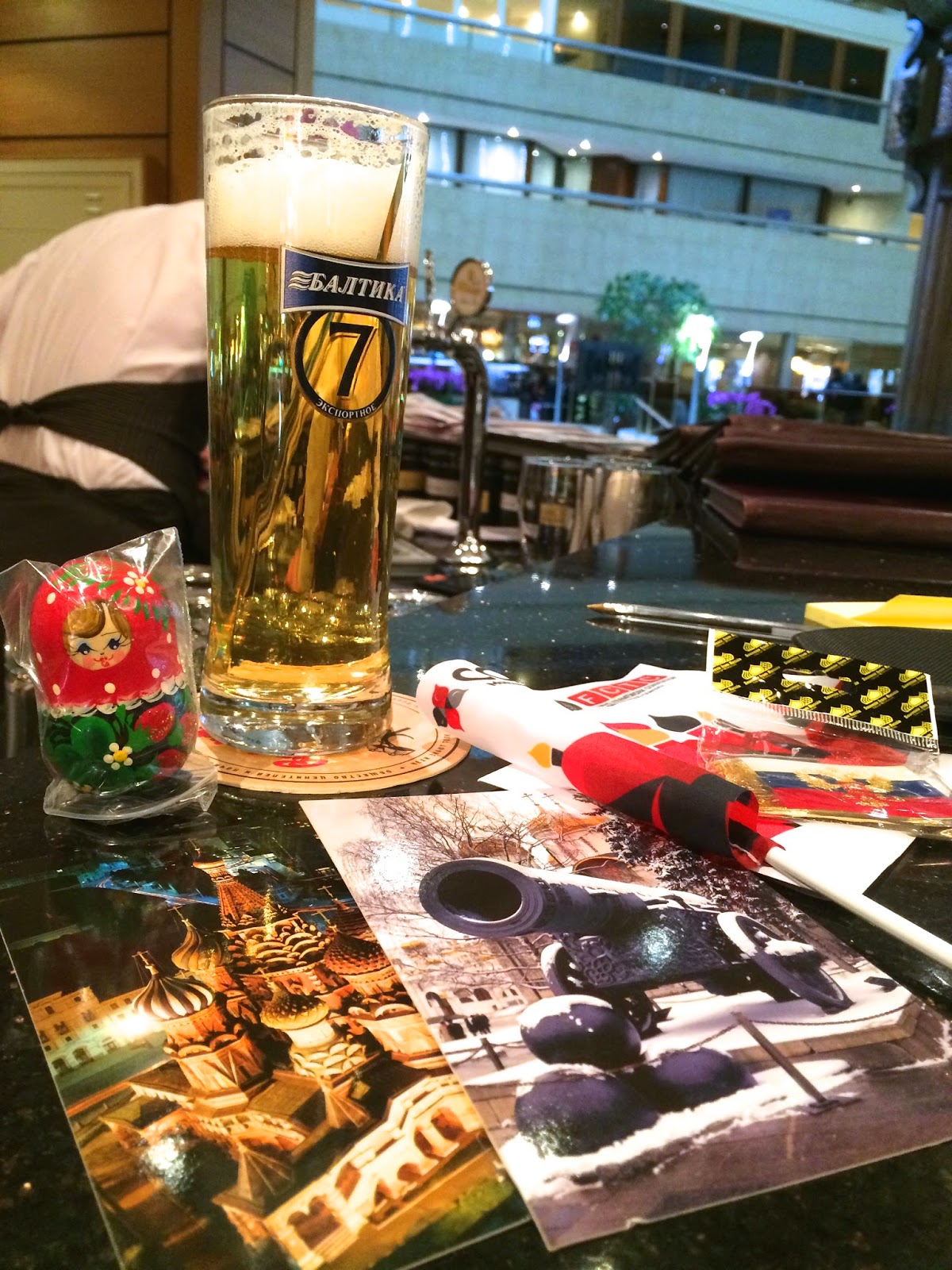 Having a farewell beer in the hotel lobby, writing postcards to my boys, prior to catching the shuttle to the airport.

*Whereas cuisines among neighboring countries tend to intermingle to point where national origins of certain dishes become somewhat hazy--like the so-called "USSR culinary bloc" that I've been exploring this past week--the foods of Korea, Japan, and China would seem remarkably distinct--or maybe that's because, as a local to the region, I know what's what? 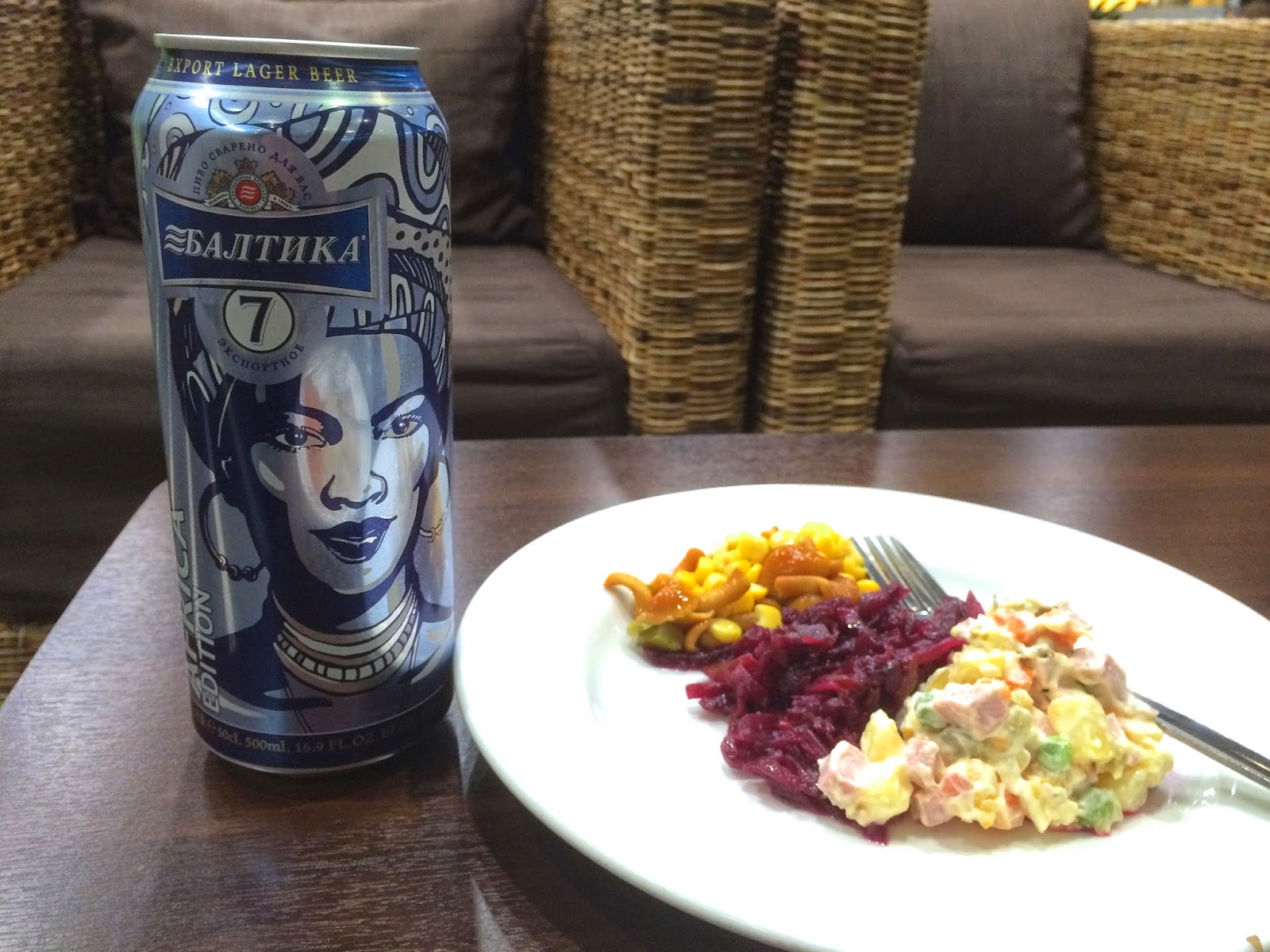 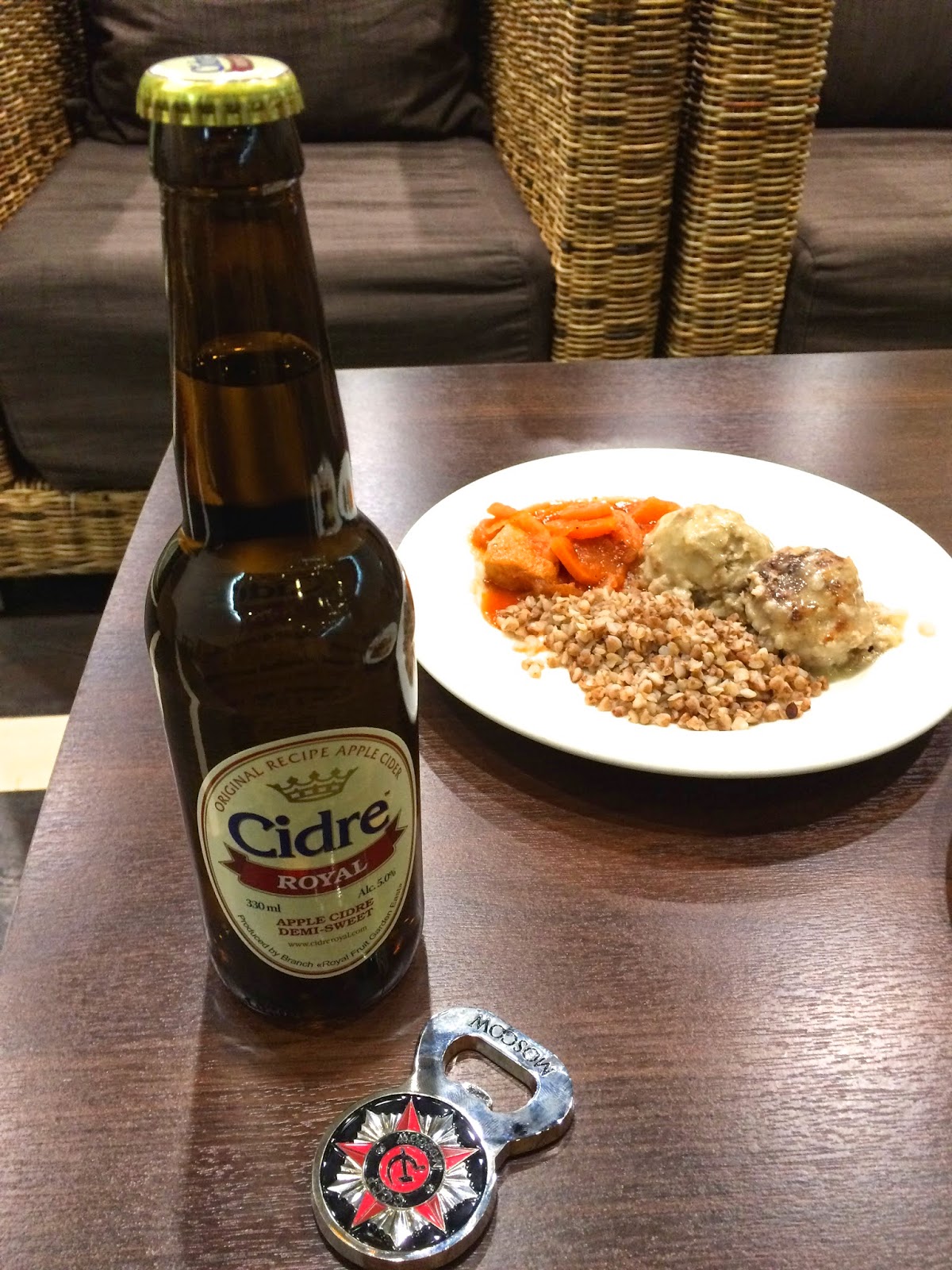 A final observation about the food here, I've felt an immediate sense of familiarity with much of the tastes and textures, reminding me instantly of what I use to eat daily in the cafeteria throughout elementary school back in California.  Dishes like potato salad, beet salad, breaded cutlets, meat in cream sauce.  Now that I think about it, typical "American" cuisine--to the extent that such a thing exists--would probably be mainstream fare from the mid-west, which was settled early on by immigrants from northern Europe, along with their culinary traditions.  Ethnic foods, like pasta, would come later.  Interesting to think that generations of red-blooded Americans have grown up on Russian cuisine. 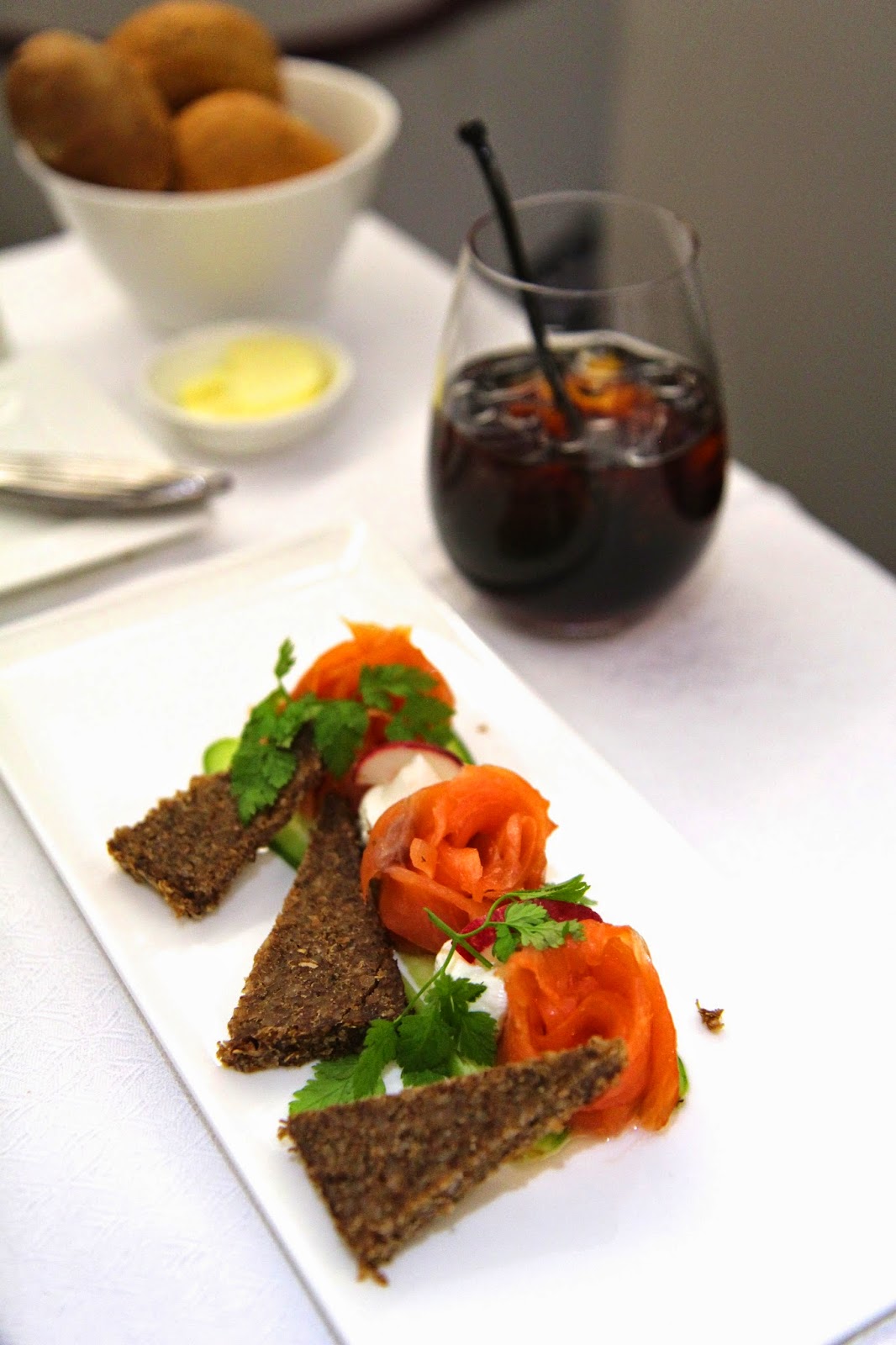 Booze #3: Black Russian (get it?) + Smoked Salmon with Horseradish Cream (+ pumpernickel and cucumber) (3.0) 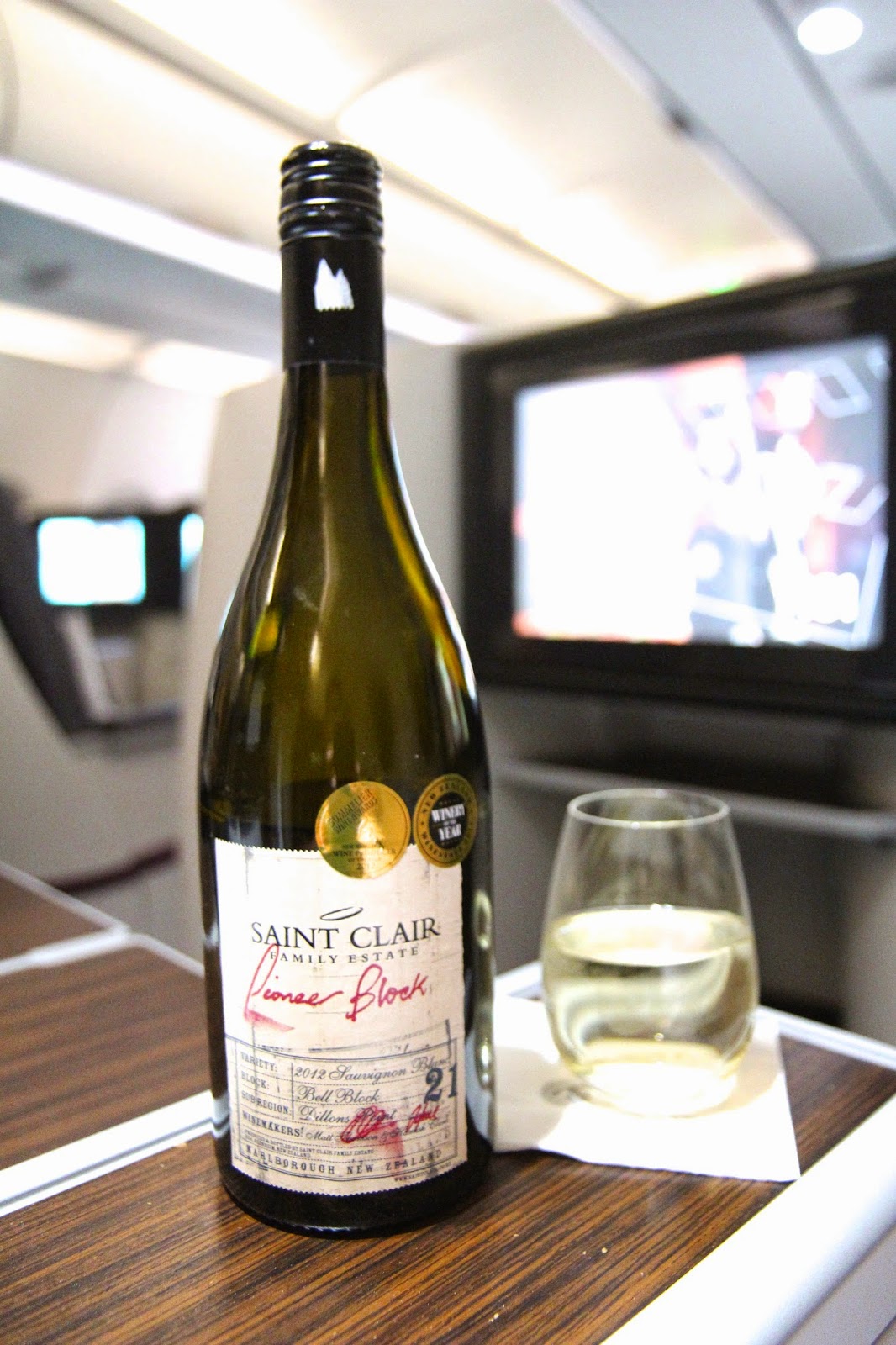 Booze #4: Saint Clair Sauvignon Blanc--the flight attendant just handed me the entire bottle, saying that I'd be the only to drink it anyway, 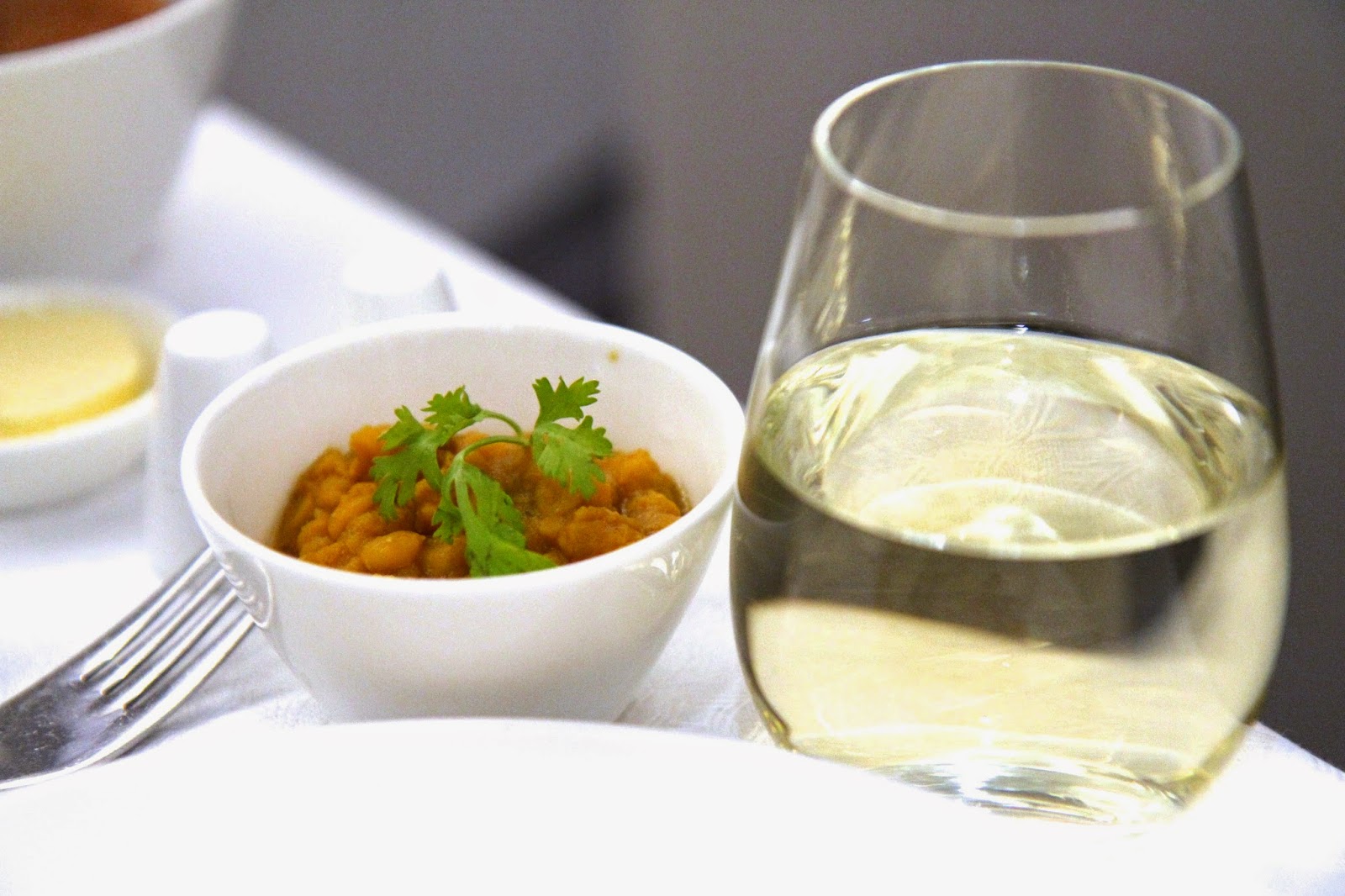 On the way home to Manila, I took the same route back through Doha via Qatar Airlines, though thankfully without a long layover (see previously 5.279 Assorted Hot Mezzah).   Again on business class, the long haul trip provided much food and drink--by the end of journey, I had five different types of booze.  What a life I lead these days. 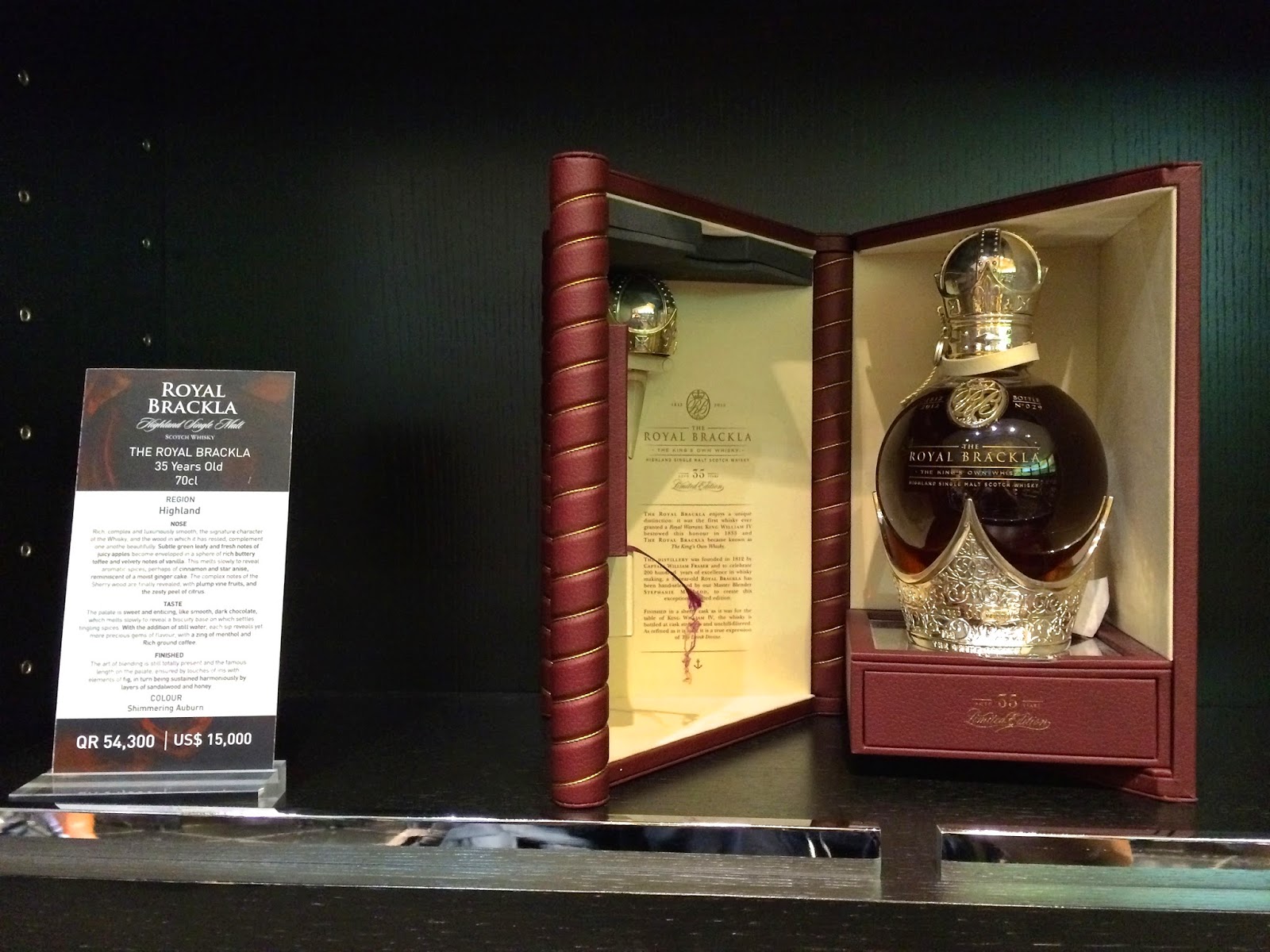 In the duty free store at Hamad International Airport, the Royal Brackla 35-year-old Single Malt Scotch whisky for the bargain price of 15,000 USD--cheaper than caviar.

The food was generally kinda blah.  Nicely, if overly, presented in all cases.  Wonderful choice ingredients, like shrimp and lobster and smoked salmon and salmon roe ("red caviar") and sea bass.  But the flavors, eh.  Maybe I was just too tired to enjoy.  Fun nevertheless.

What a trip, literally and figuratively. 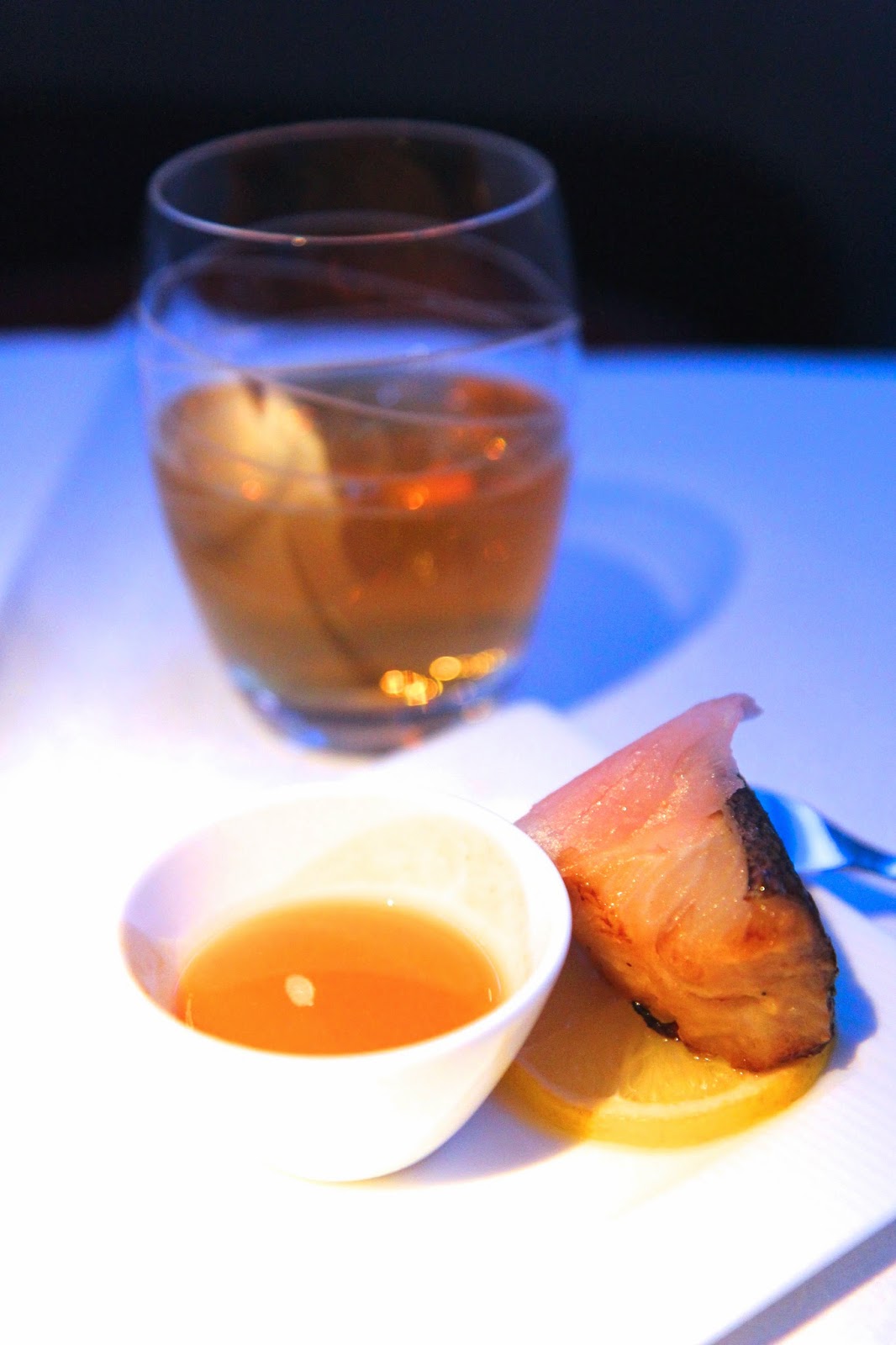 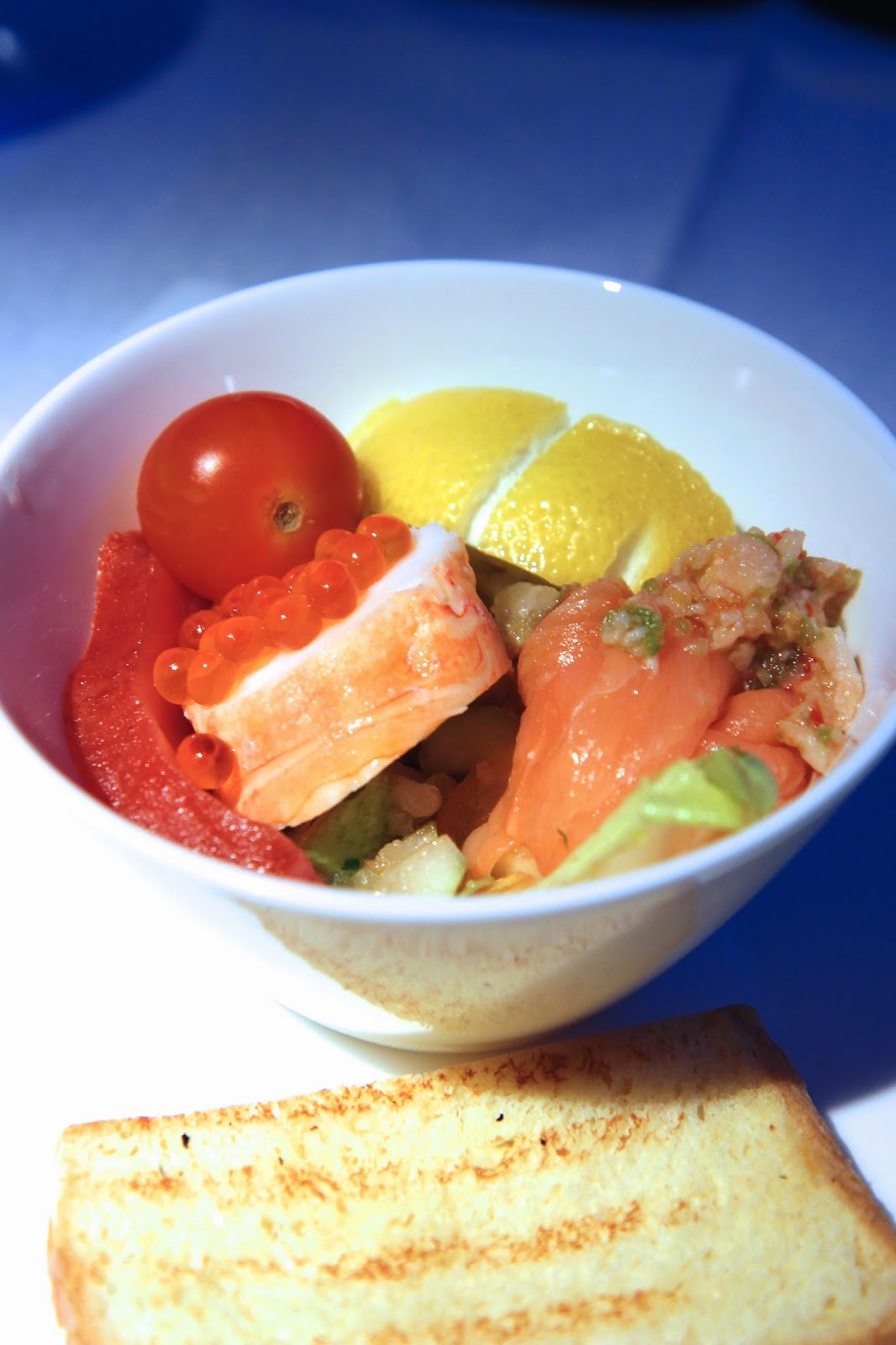 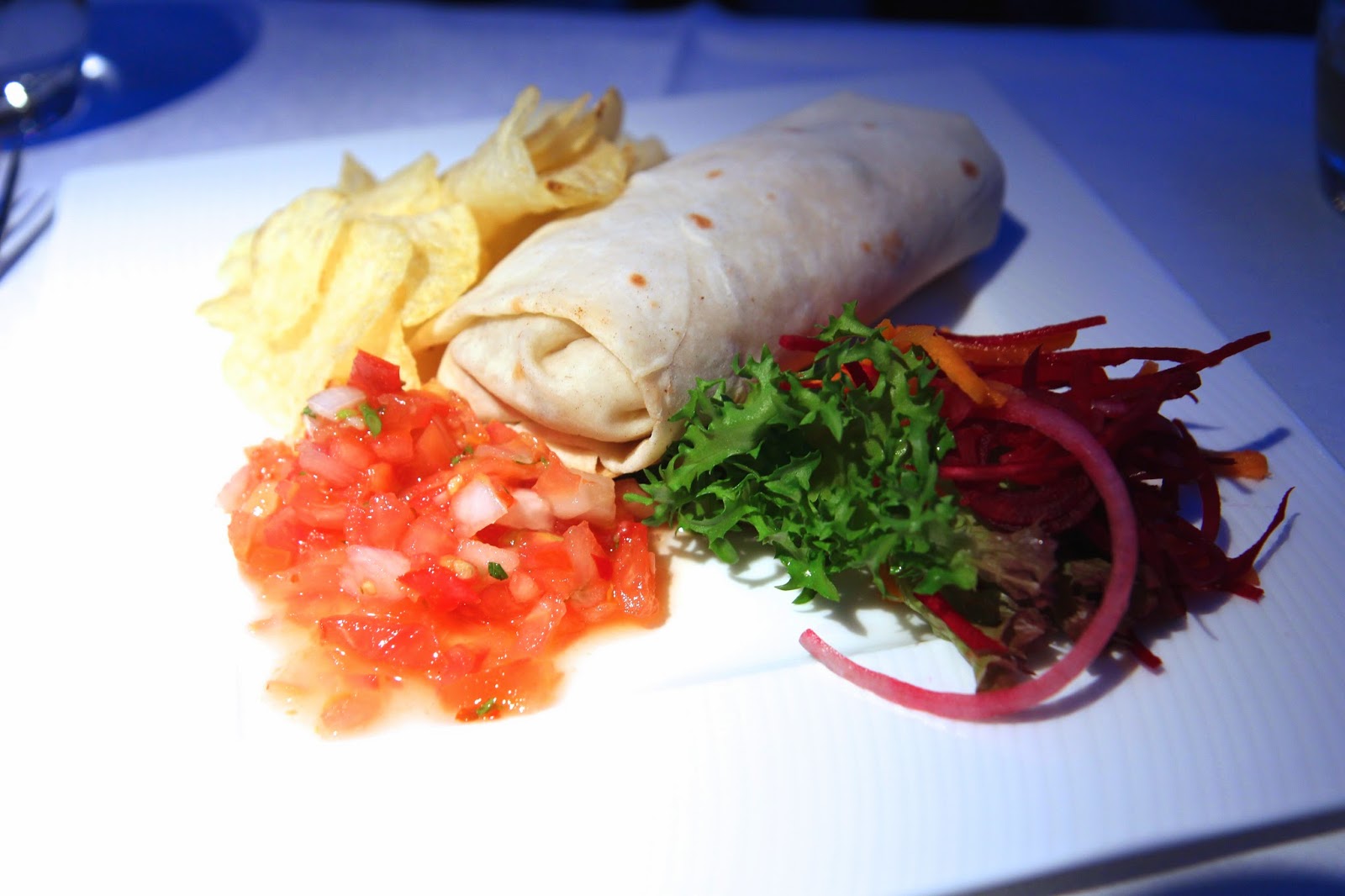