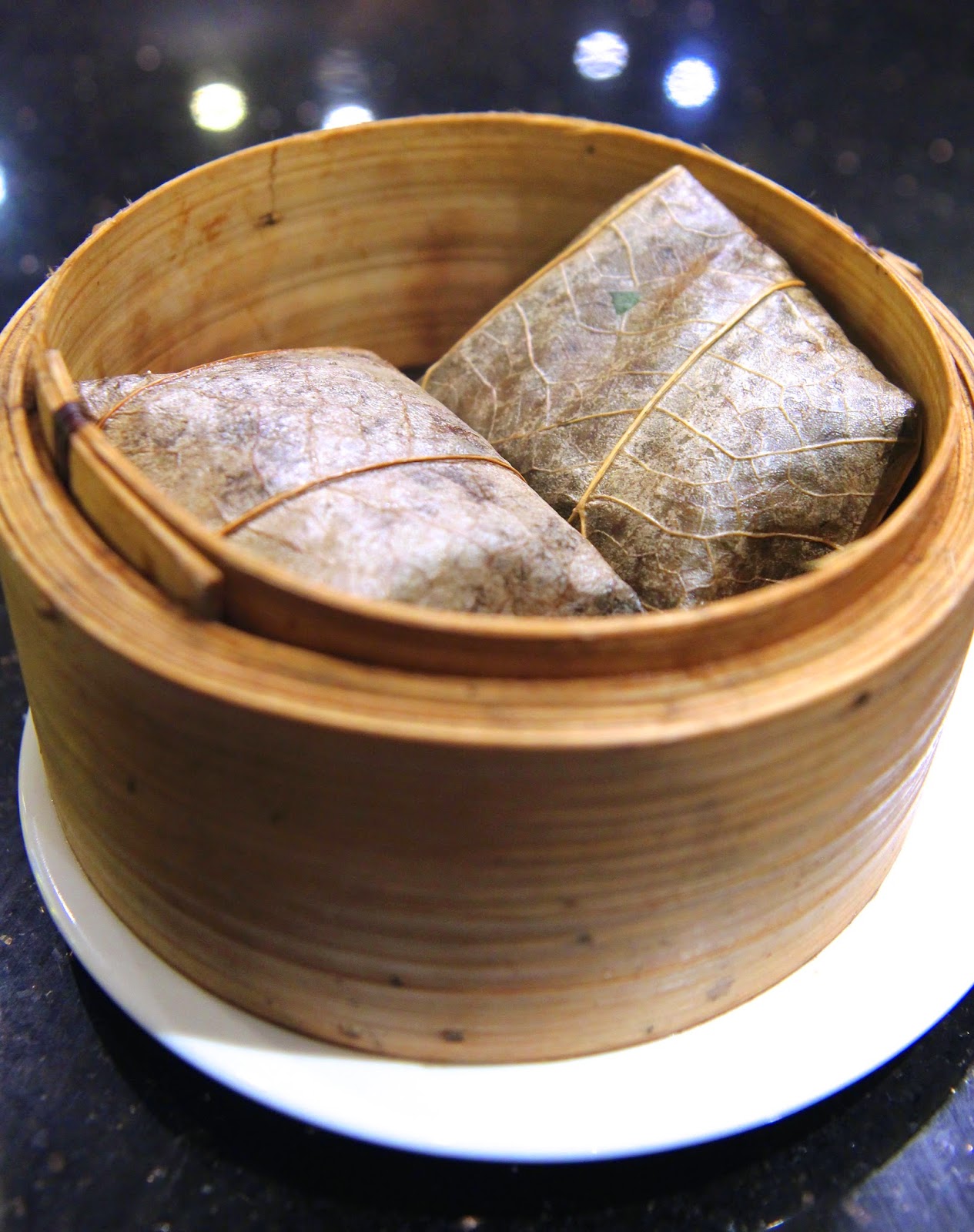 
TEITY.  Try Every Item at Tao Yuan* (see previously 5.279 Assorted Hot Mezzah).
Attempting to eat my way through the restaurant, all 222 items (excluding shark's fin and desserts).  From what I've seen so far, it would seem to be one of the best in the neighborhood, solid on all counts: taste, quality, variety, service, vibe, proximity, maybe price.  Once I've tried everything, I'll know exactly what to get, depending on the circumstances, whether it's for a quick bite on my own, a casual night out with friends/colleagues/family, or a formal occasion hosting bosses/VIPs.  That kind of certainty, in the unpredictable culinary landscape of Manila, will be invaluable. 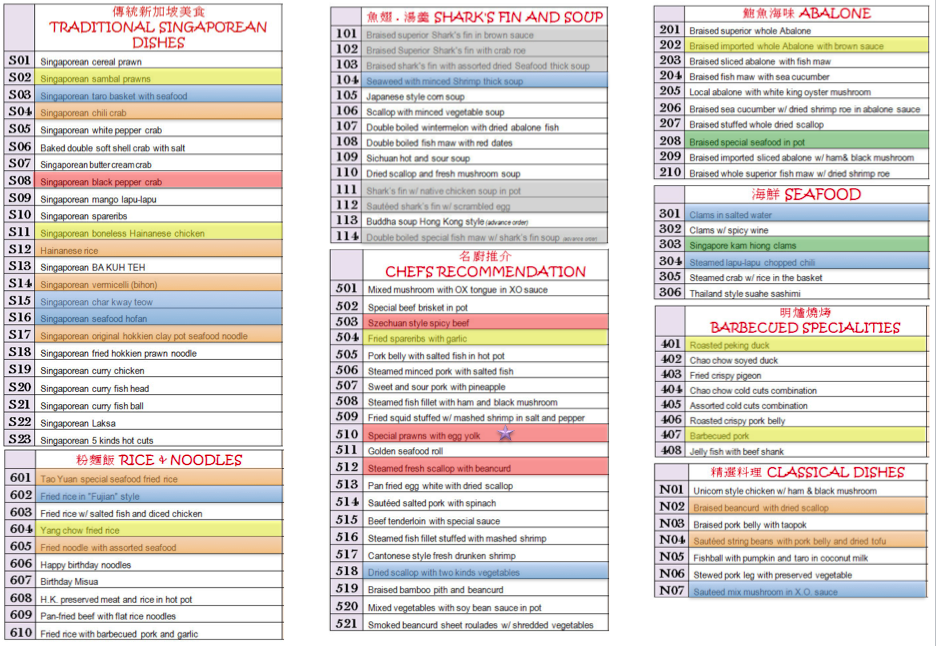 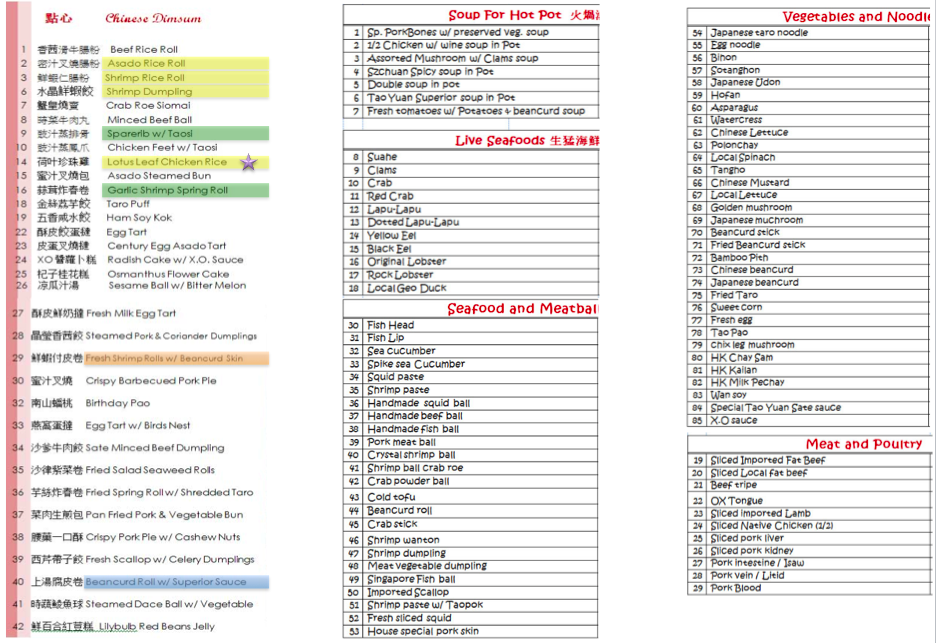 
Started with a couple small dishes, intending to get more as the evening progressed.  An hour later--absorbed in The Walking Dead on my computer--I looked up and realized that the order hadn't arrived.  By the time it did, I wasn't in the mood to bother with anything else.

Whereas an established regular customer at a given restaurant would seem to deserve a certain degree of extra care from staff and courtesy from management, I've been told that the opposite is sometimes true in the Philippines, the rationale being, "Well, he'll be back anyway." 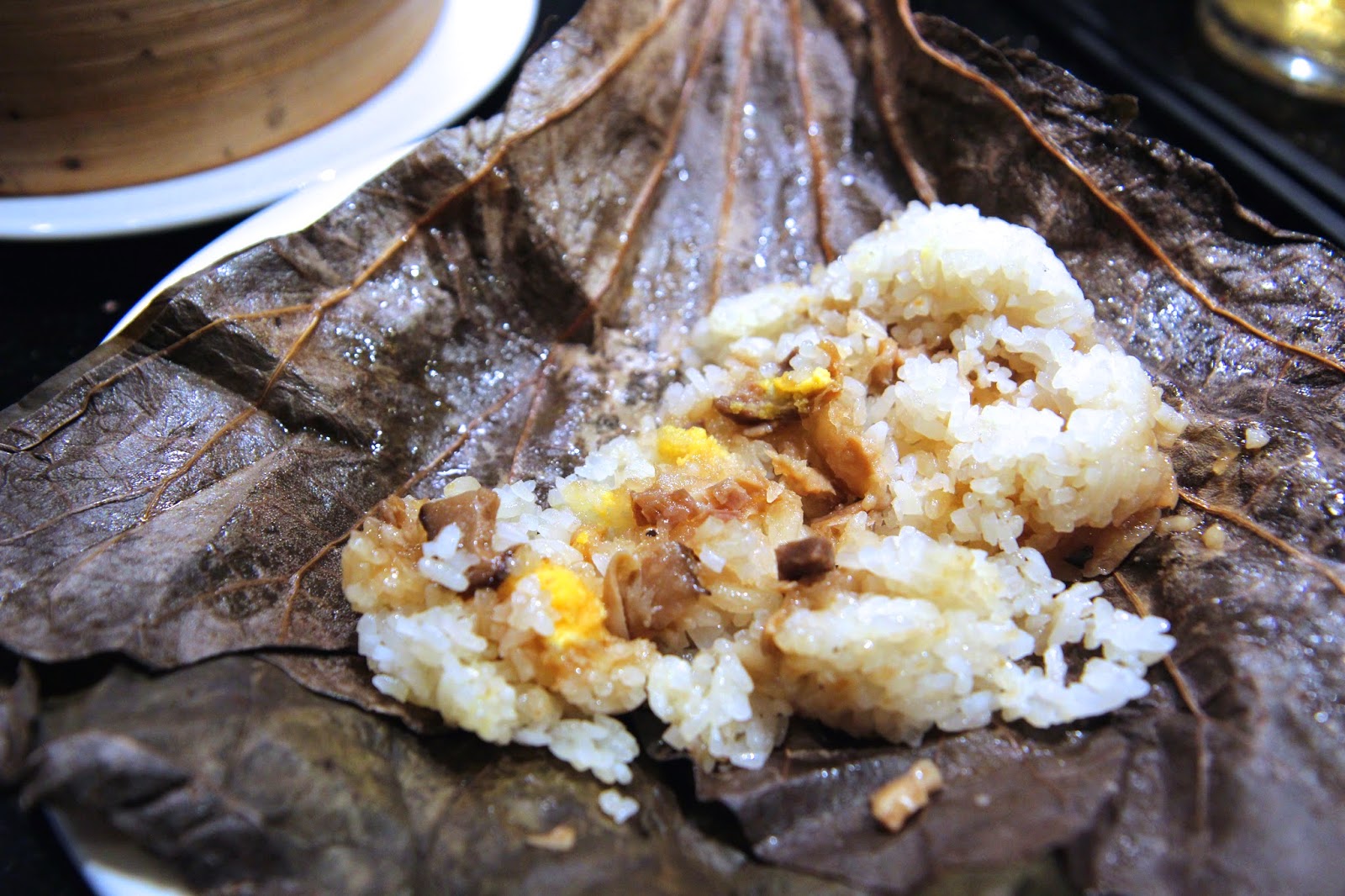 Lotus Leaf Chicken Rice (1.5)--nice initial burst of fragrance from the leaf, but the rice somehow managed a simultaneous mushy/crumbly texture, and the bits of chicken mixed in were blah. 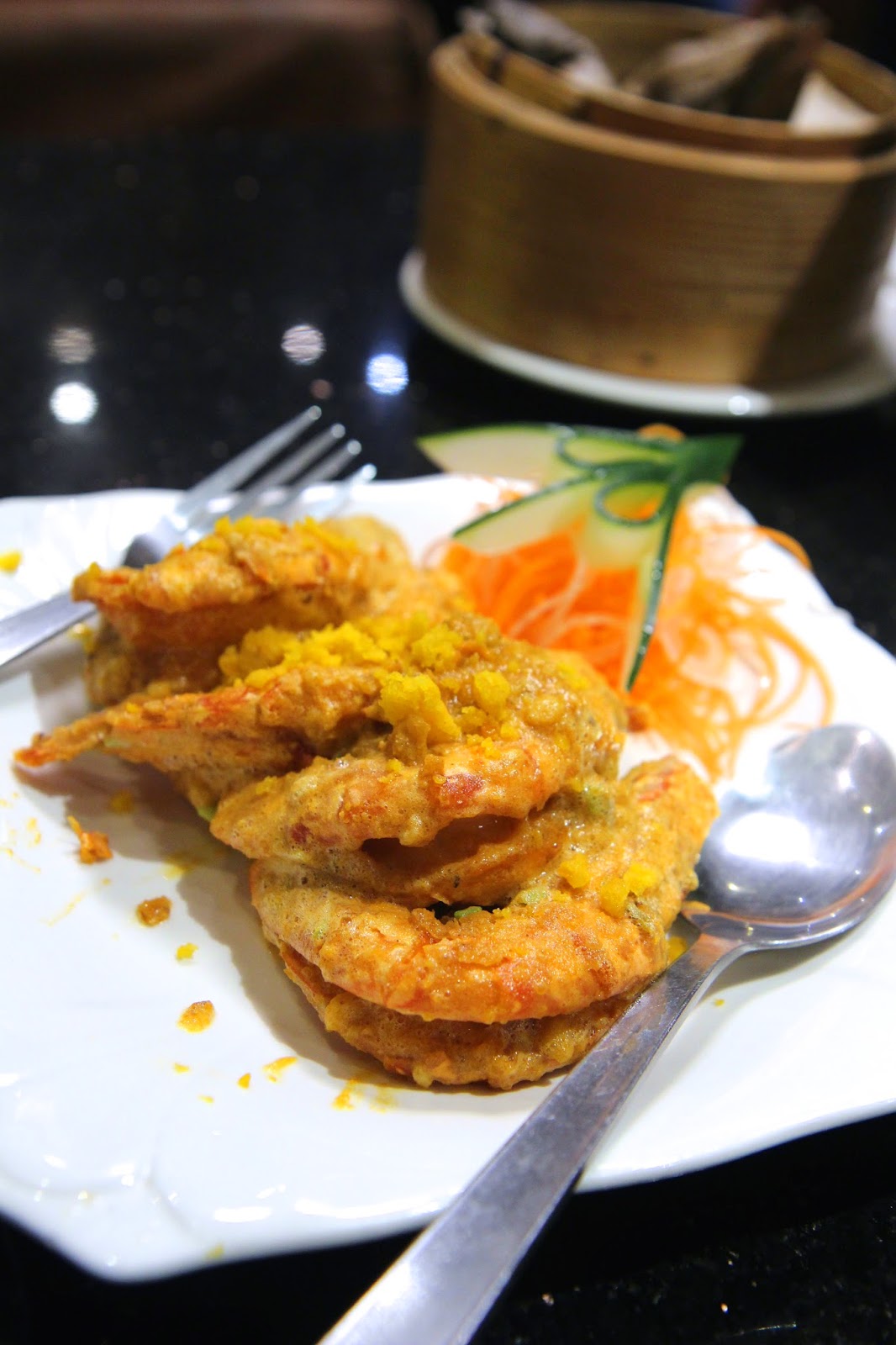 Special Prawns with Egg Yolk (1.0)--fermented duck egg yolk, ick; after peeling and rinsing, the shrimp underneath weren't too bad.