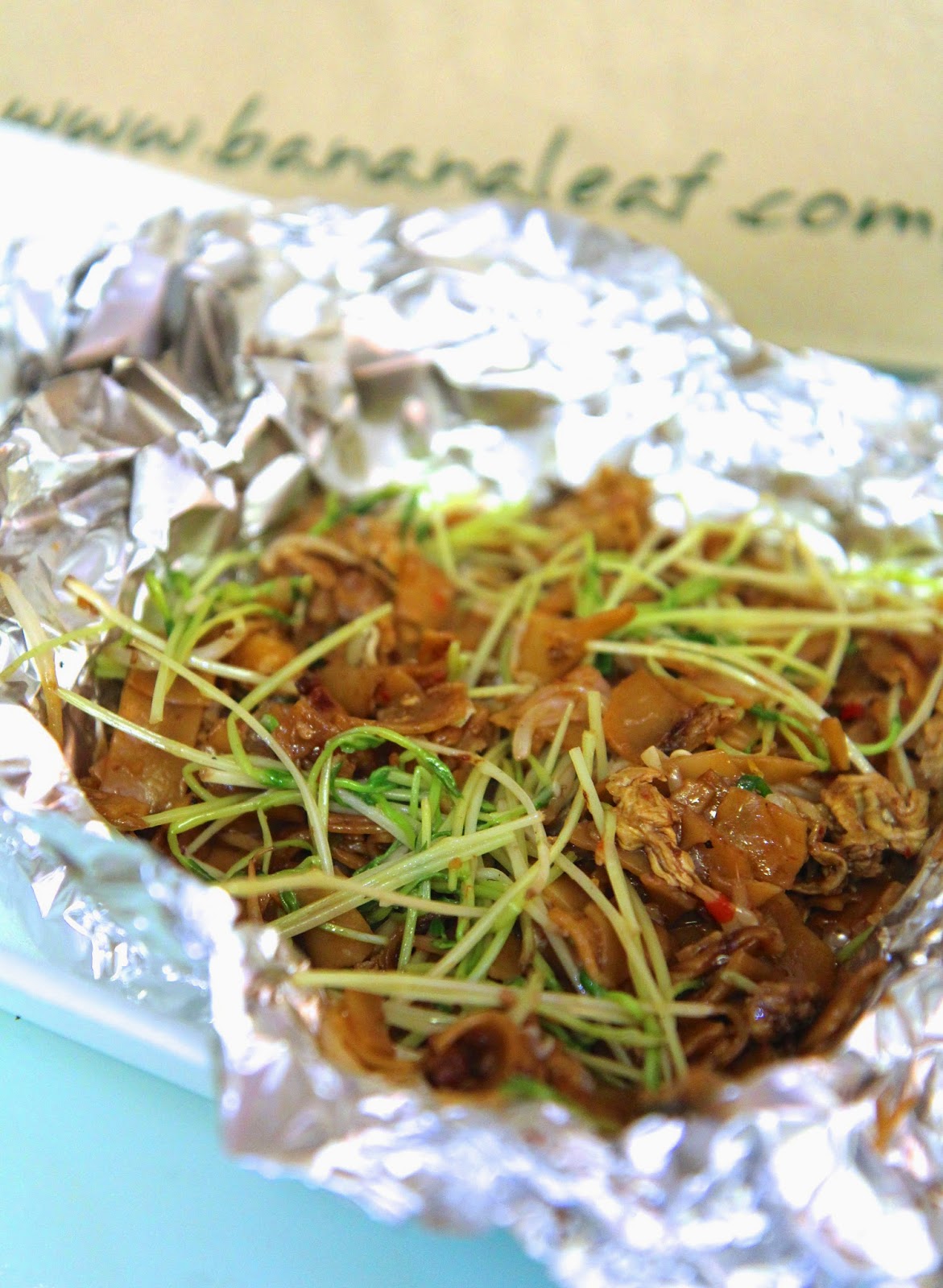 
The noble leaves weren't as good as before (see previously 5.010 Stir-Fried Malaysian Nobles Leaves with Garlic*), this time with too much ginger and fish sauce.

The char kway teow was okay in flavor, but the noodles were all choppy, nothing longer than a centimeter.

So, I mixed them together, making them marginally better in combination. 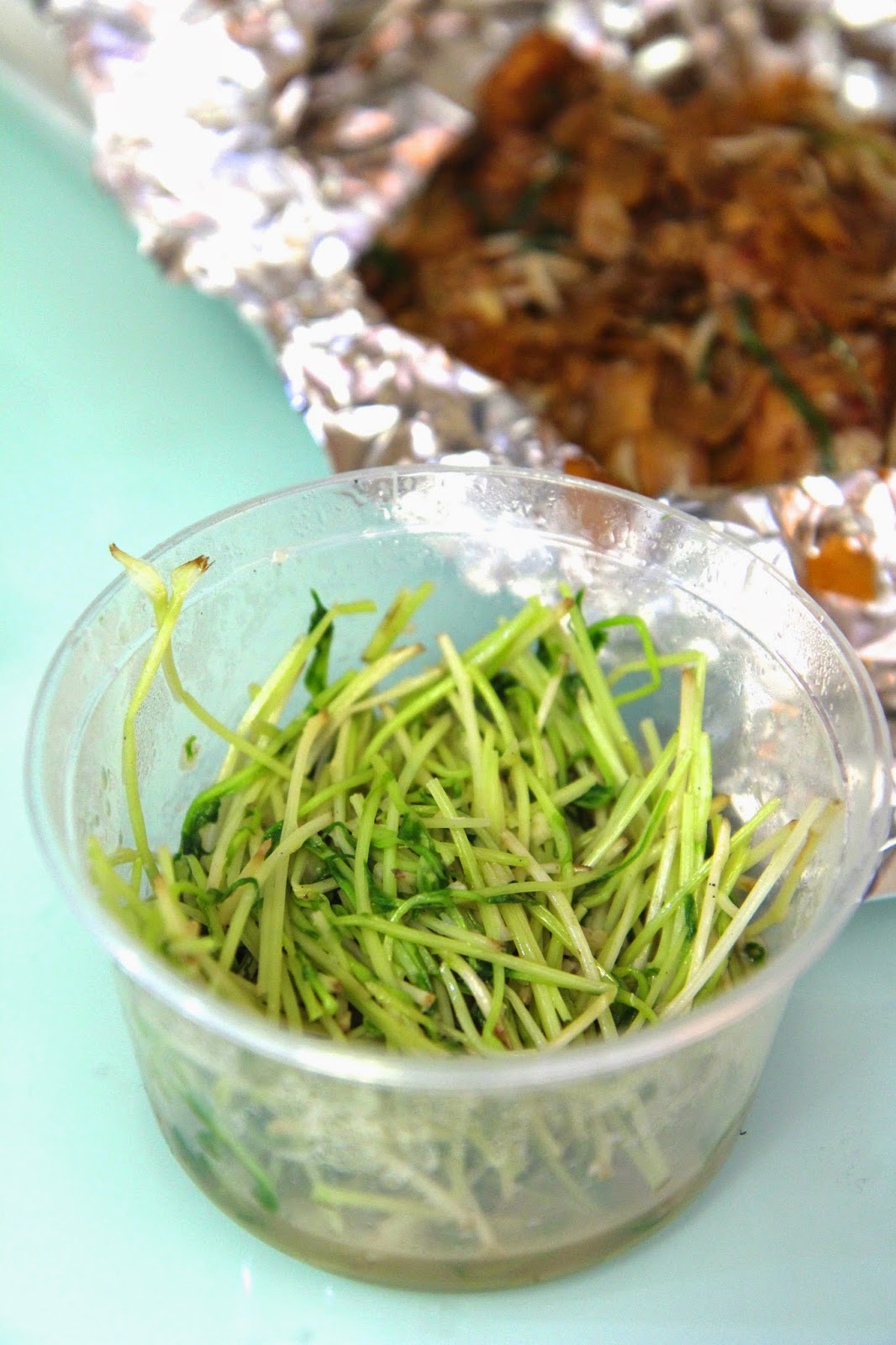 *To think, that was just the 2nd restaurant for TERRP (see generally 5.247 Original Recipe Fried Chicken...), over 9 months ago, less than a week after arriving in Manila.  And the "guy from Malaysia" and "Singaporean woman" mentioned in the addendum, Kelvin and Trinette, now that I know them so well, funny that I once used to refer to them so distantly.