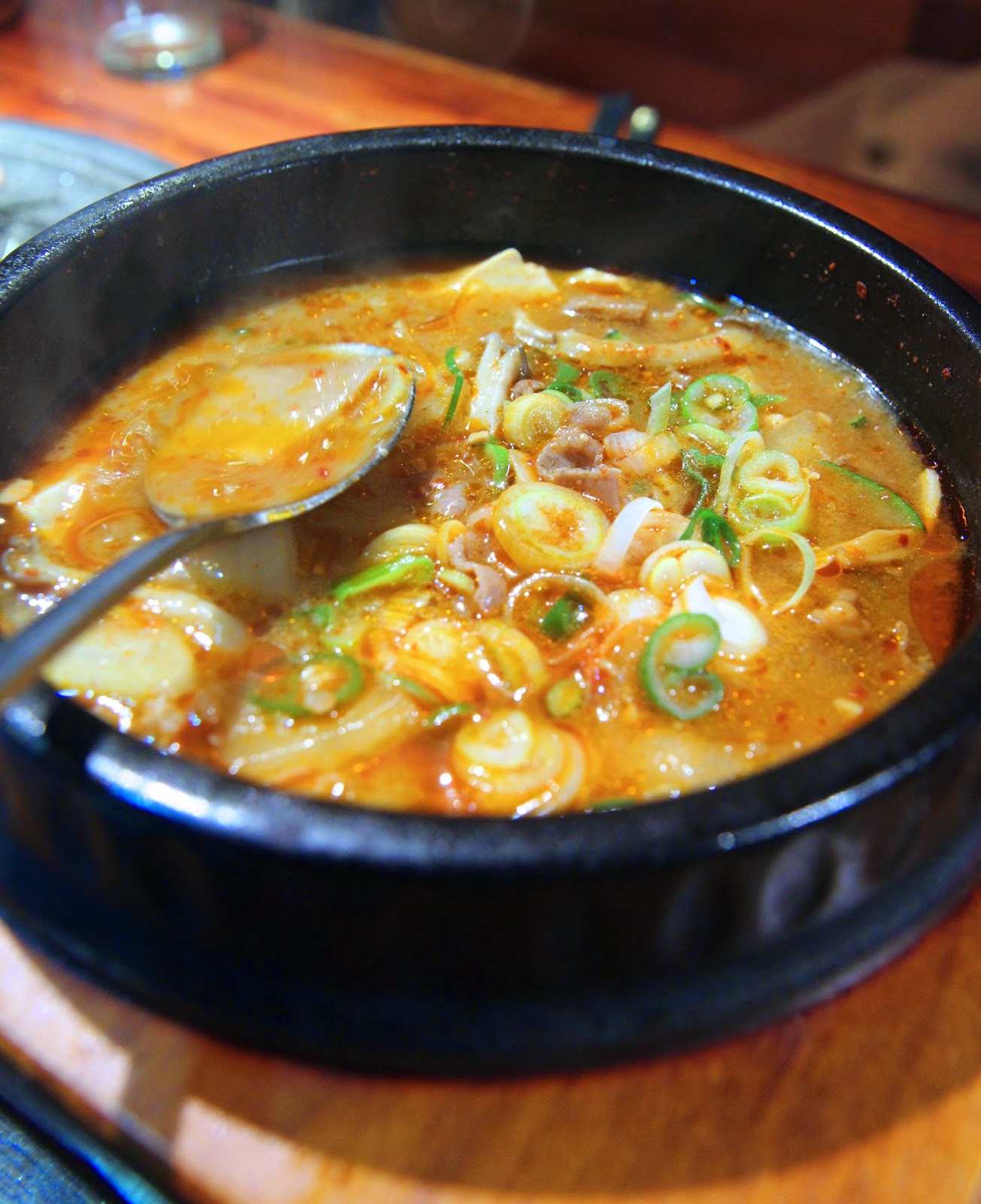 with the wife & kids, Dad

In town to sign the papers for leasing out the apartment.

Come to think of it, I don't know why they didn't just move into our apartment.  Presumably, discussions were held and decisions were made in my absence.a

Anyway, my mother spent the day supervising the move, while I babysat my father.  For dinner, we took him to his favorite local restaurant (see most recently 4.218 Hanwoo Bulgogi...), which now happens to be the closest restaurant to their new place.

The restaurant's best dish is their doenjang jjigae.  Whereas I usually make mine with a seafood base, they use bits of brisket (chadol), which makes the broth rich and beefy.  It can be somewhat heavy, especially in combination with other meat dishes, but great on its own, every once in a while. 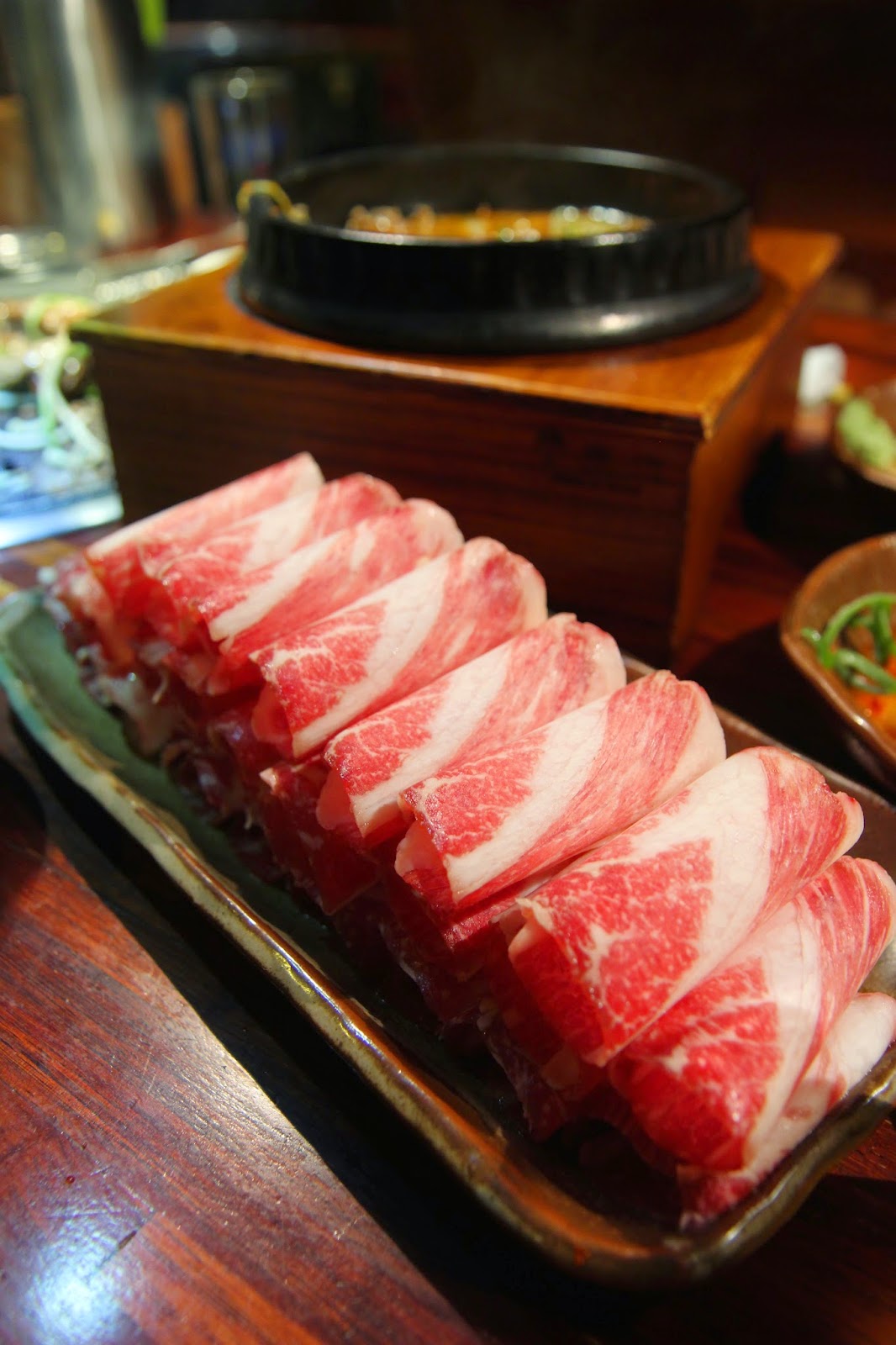 4 families with close ties to mine have recently moved to Oksu, whether by my influence or not, even though my own family is no longer there: my parents, my best friend from high school, and two couples from my camping crew.