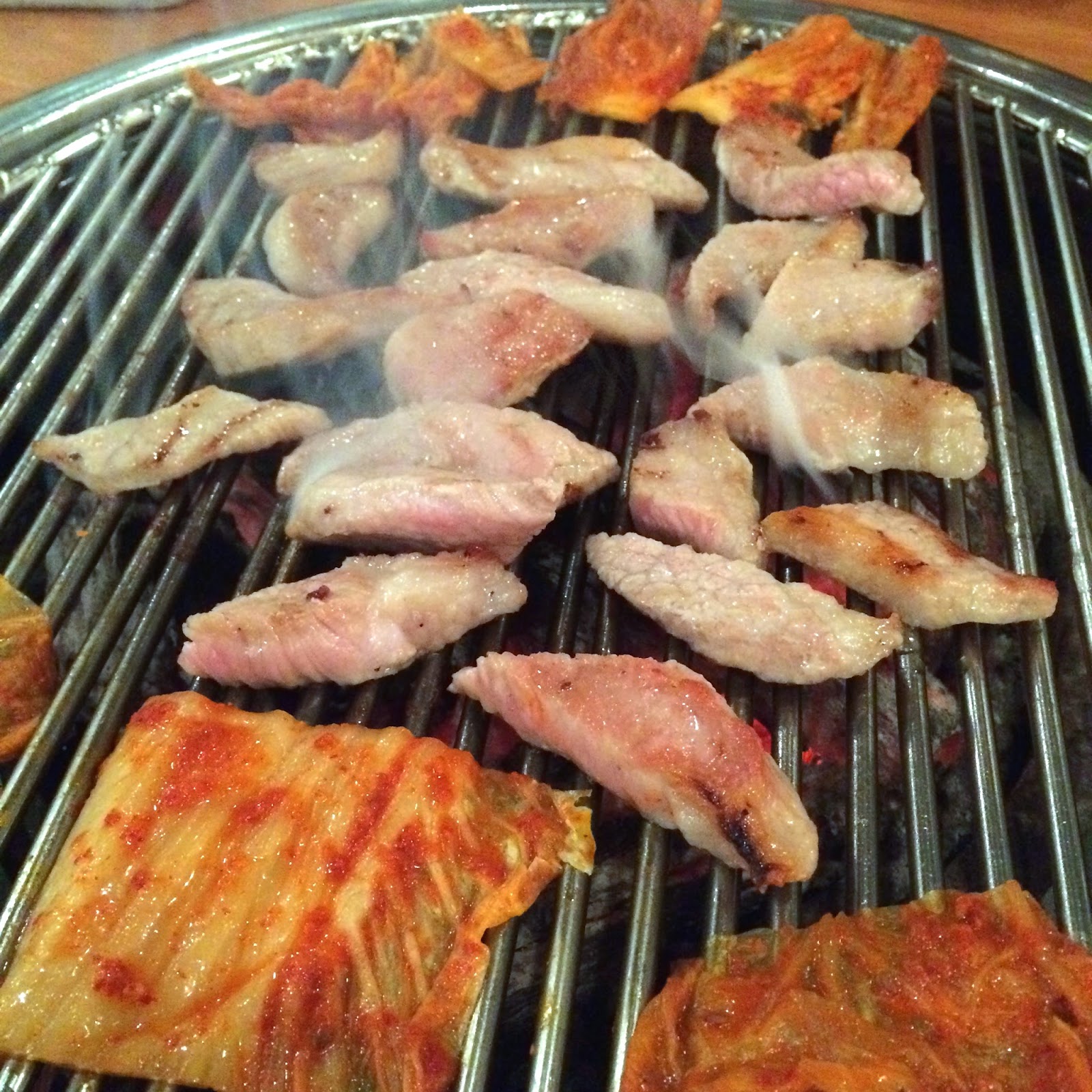 with the wife & kids, James

In town to sign the papers for leasing out our apartment.

By sheer coincidence, both James and Carmen are also in town, both on unrelated matters, James arriving last night, Carmen tonight.

I extended my stay, partly so that I could take them out to dinner in my home town as a show of gratitude for having me over to their homes on multiple occasions (see most recently 5.209 Animal Assault; 5.151 Chipirones en su Tinte, respectively).  Unfortunately, Carmen's flight got in too late, so I only managed to treat James. 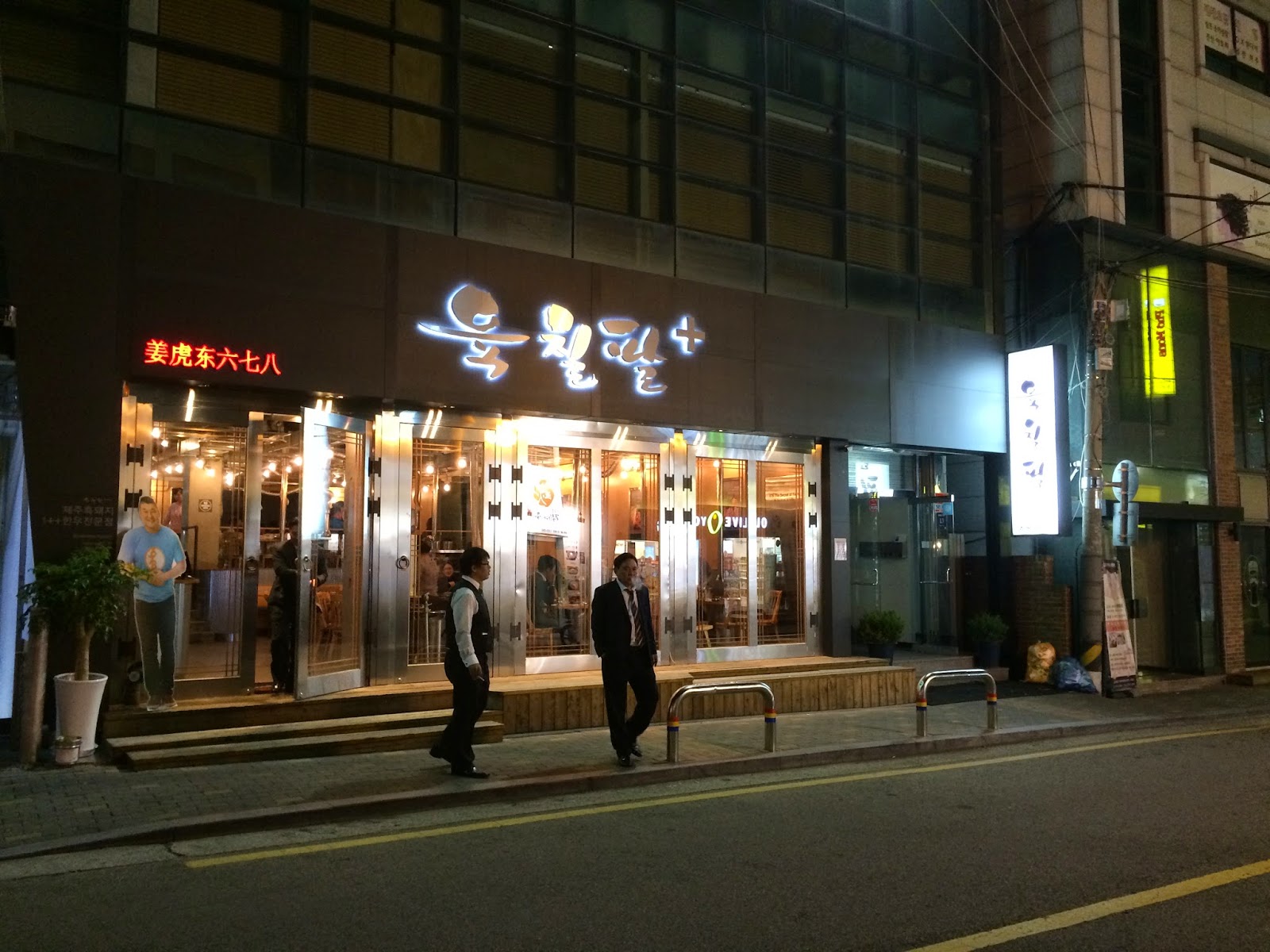 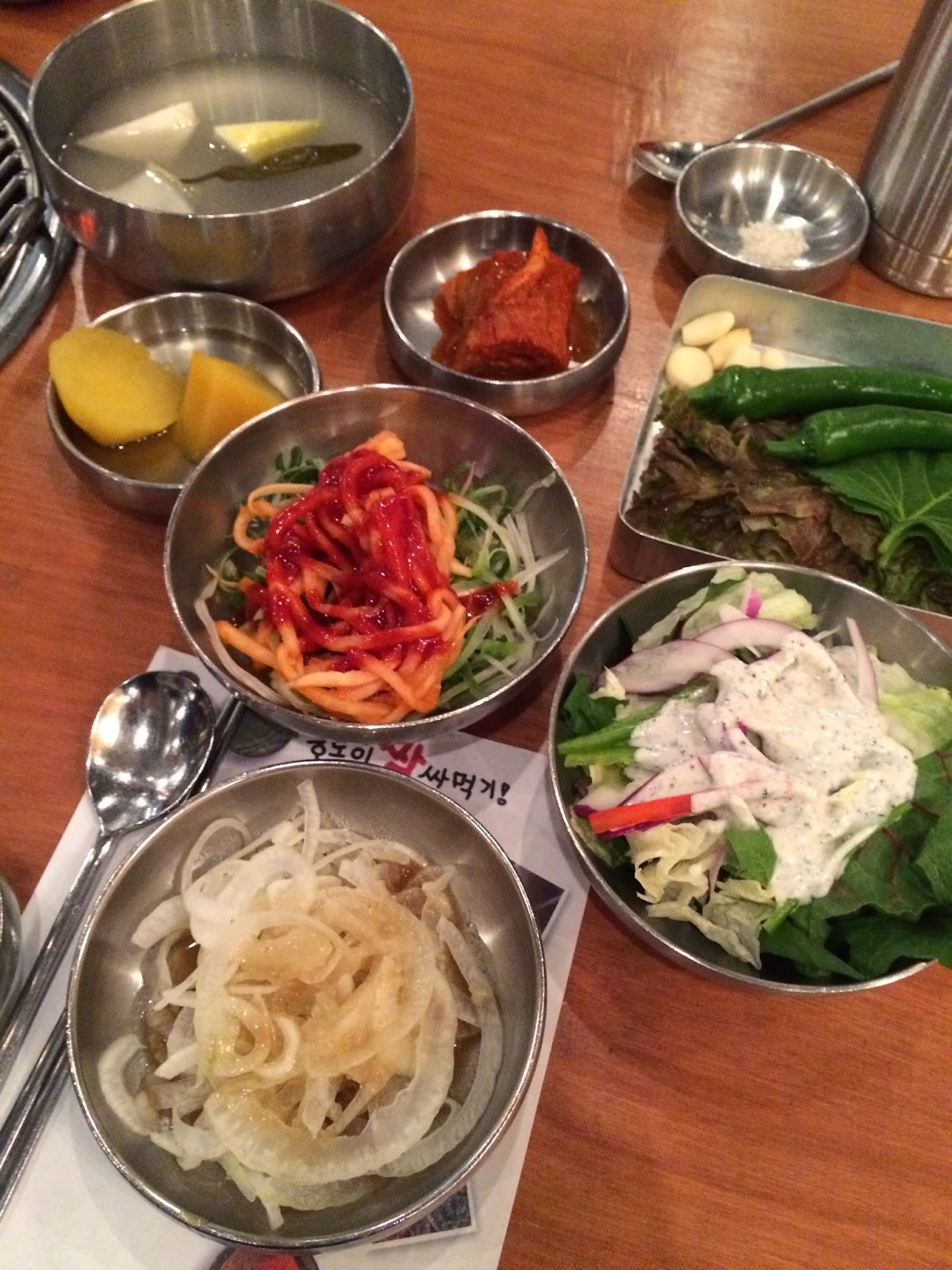 Overall, the meal turned out well.  While the meat itself was more-or-less standard, the spread came with a respectable array of vegetable sides, which James appeared to enjoy.  Alas, I made the mistake of starting with an unmarinated cut, as Koreans would do--hangjeongsal--but James clearly enjoyed the marinated ribs that came later, after we were all kinda full.  Good times, nevertheless. 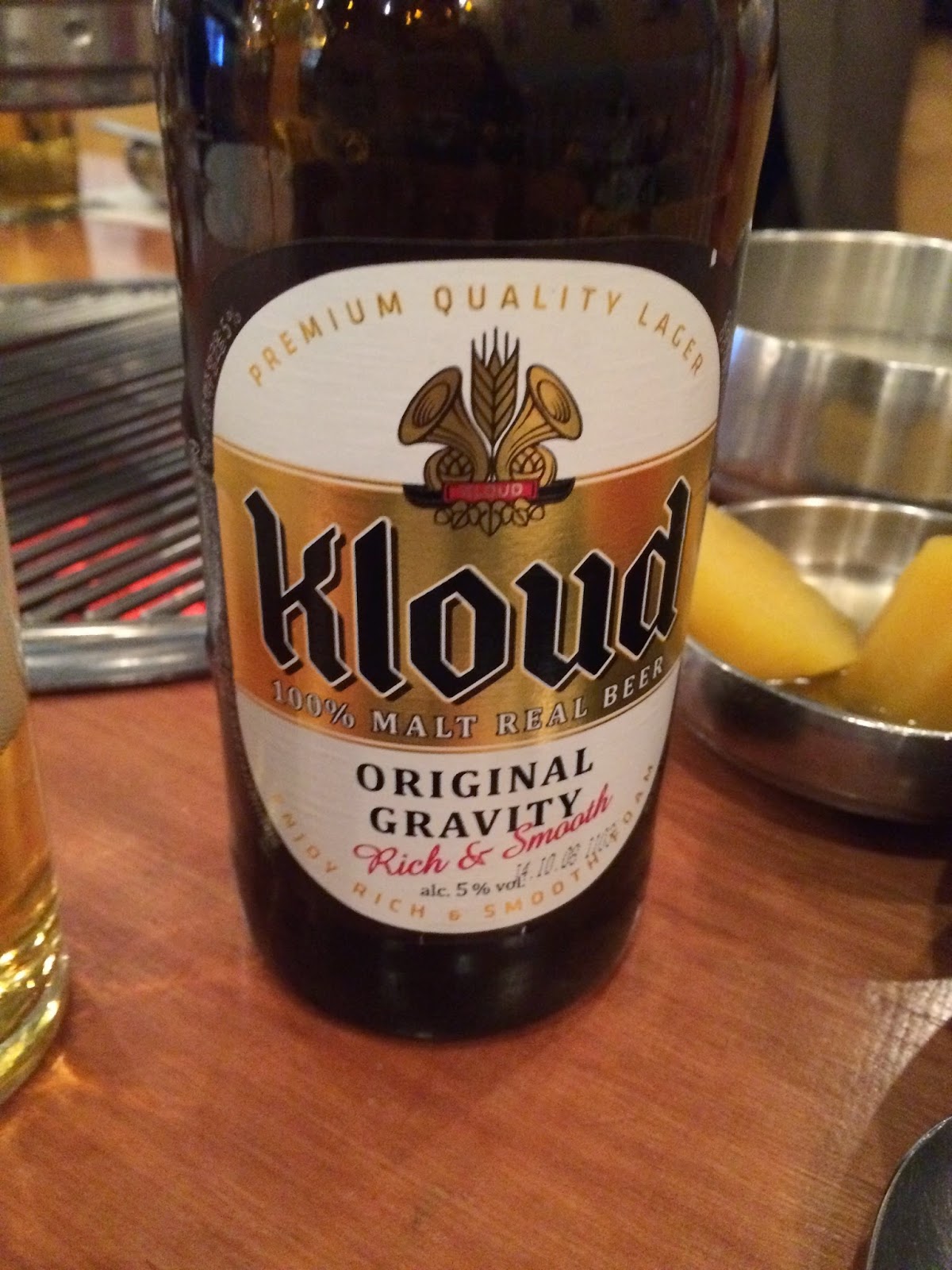 I've decided that I will not return to Seoul anytime soon.  Since January, the Prodigal Son has returned on 13 occasions, and now he's tired.  The next time will be to retrieve the car, whenever the relocation benefits kick in.  If the wife and kids want to see me, they know where to find me.  Yes, apparently, my car is more important than my family. 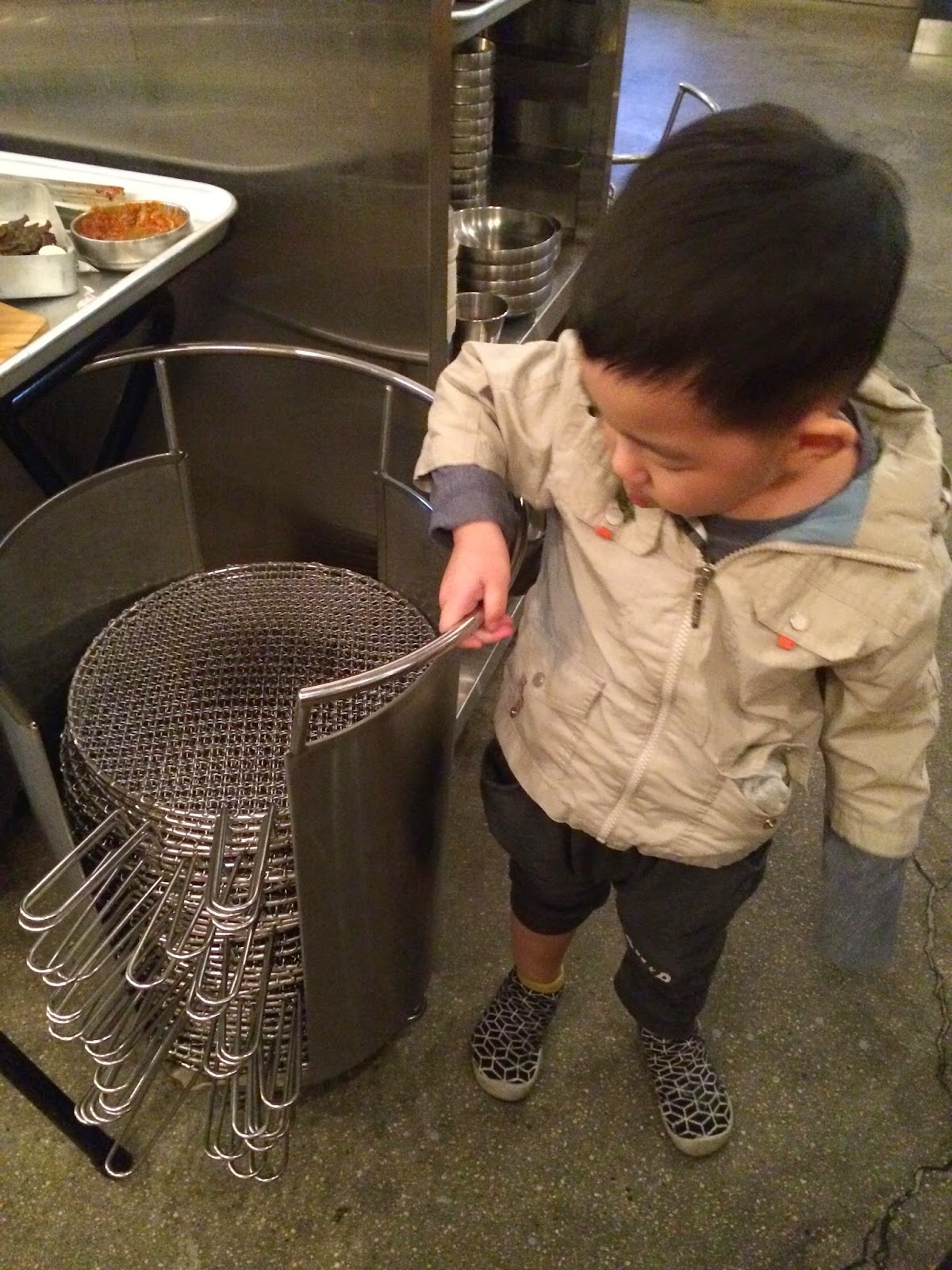