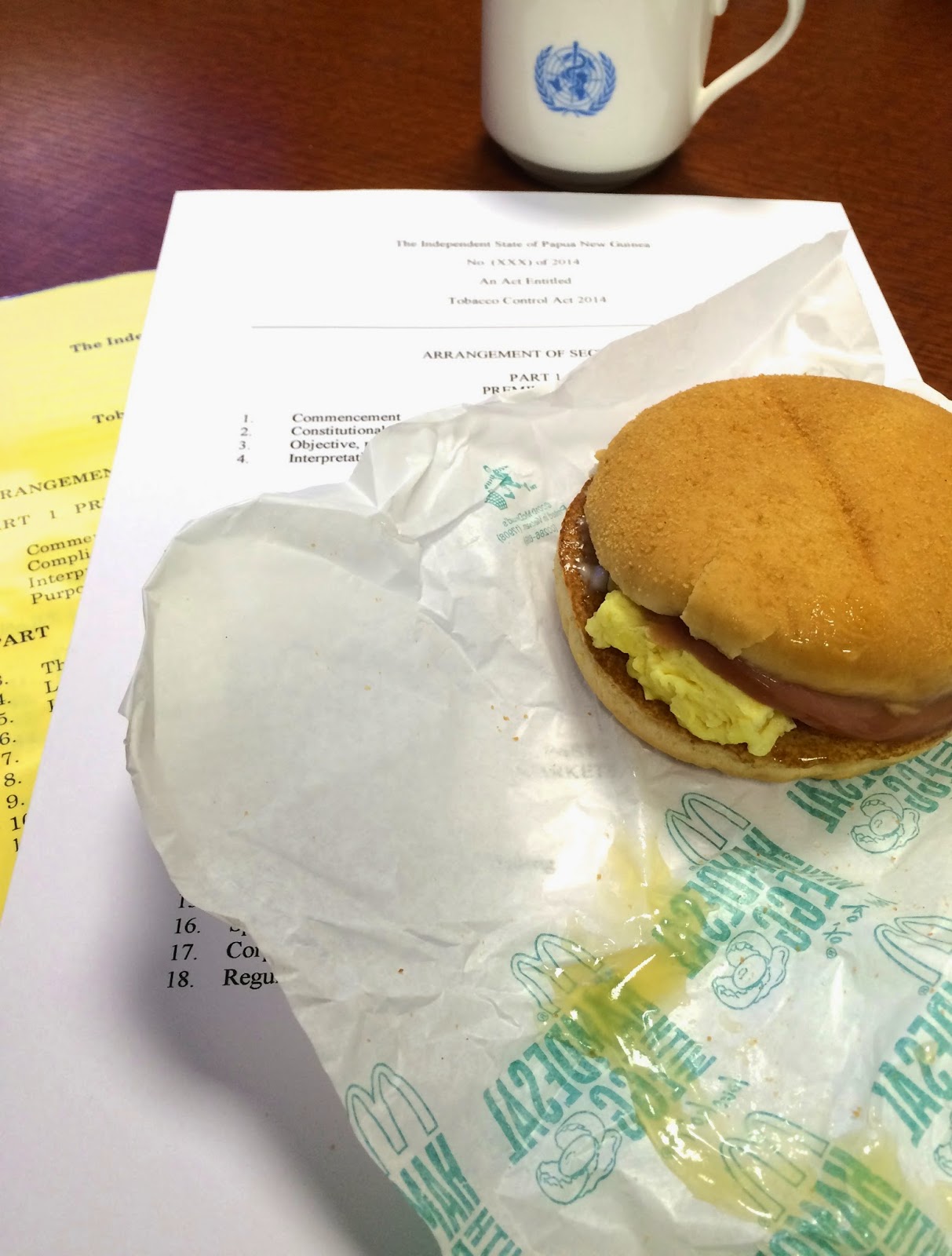 
Pandesal is a type of Filipino bread.  Made of flour, yeast, egg, sugar, salt.  Despite the name--from the Spanish for "bread (pan) of salt (de sal)"--it's sweeter than it is salty.  Soft and squishy.  Often dusted.  Usually eaten at breakfast, either on its own or as a sandwich.

The Hamdesal is a breakfast sandwich developed by McDonald's Philippines.  Consists of a pandesal + slice of ham + egg + mayonnaise + syrup.  Straight up simple sugar syrup--not maple syrup, which would also be disgusting but at least could be explained on the basis of twisted precedent. 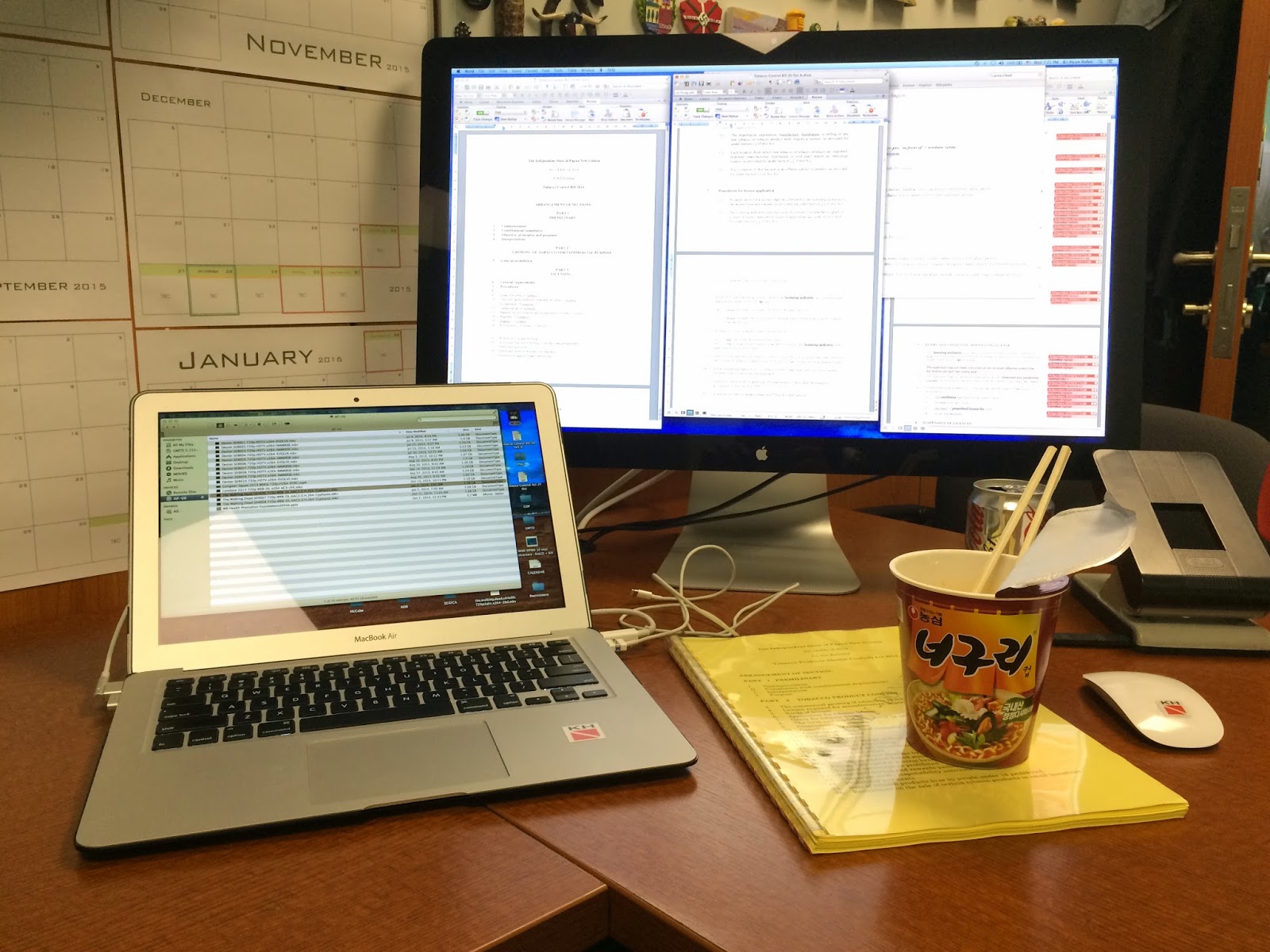 If passed, the law will be the most comprehensive legislation on tobacco control in the Region, a model for other countries to follow.


Pulled an all-niter to finish drafting the new tobacco control act for Papua New Guinea, a project that had remained incomplete since our in-country mission a couple weeks back (see most recently 5.278 Local Lunch Again!), deadline fast approaching.  11 hours nonstop, from 1800 to 0500--facilitated by the obsessive-compulsive part of my brain. 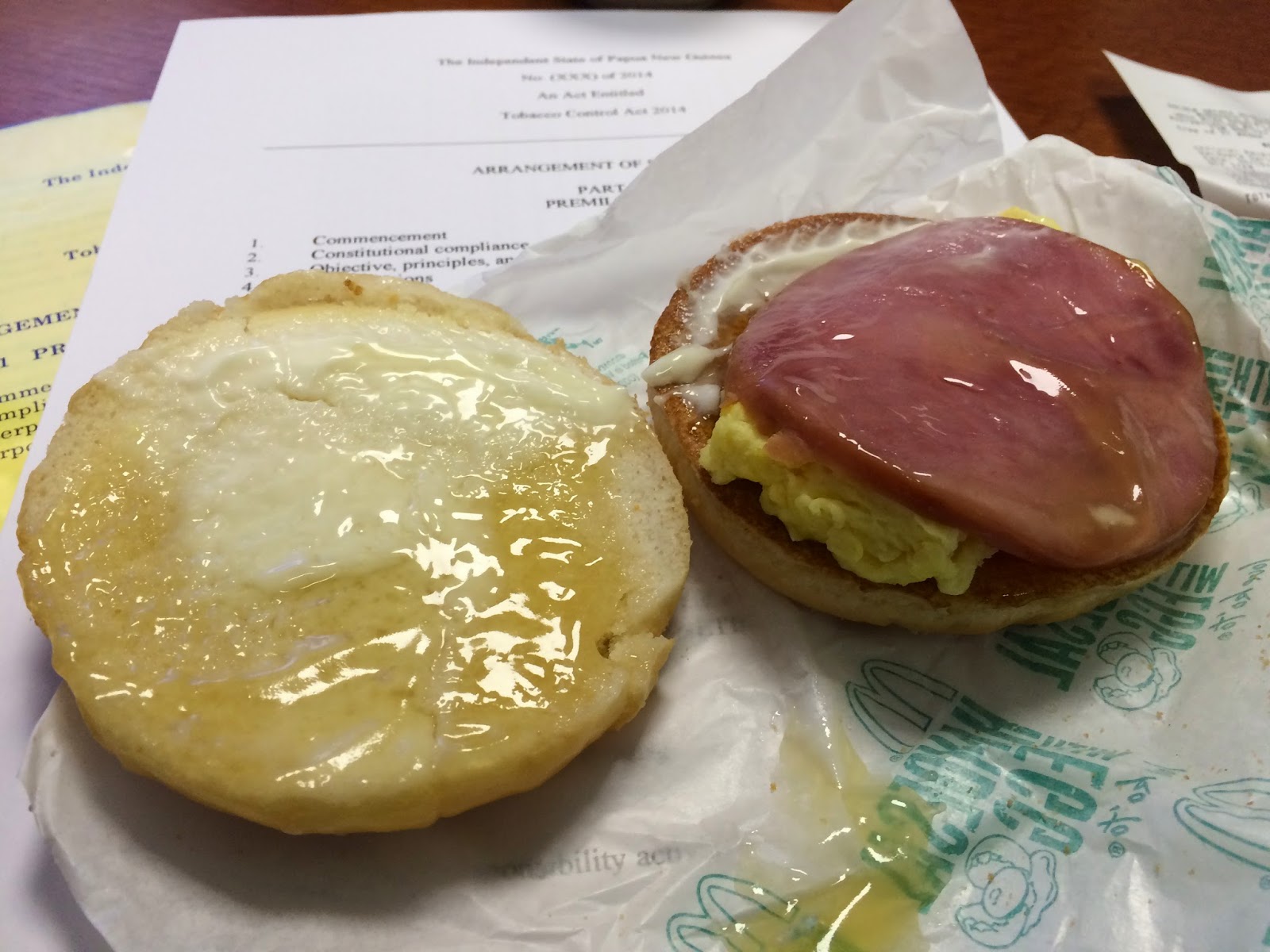 All I could manage to eat was the egg underneath, untouched by the syrup.

The period started with a cup of Neoguri instant noodles and ended with a Hamdesal, the worst junk food that both Korea and America via the Philippines have to offer.