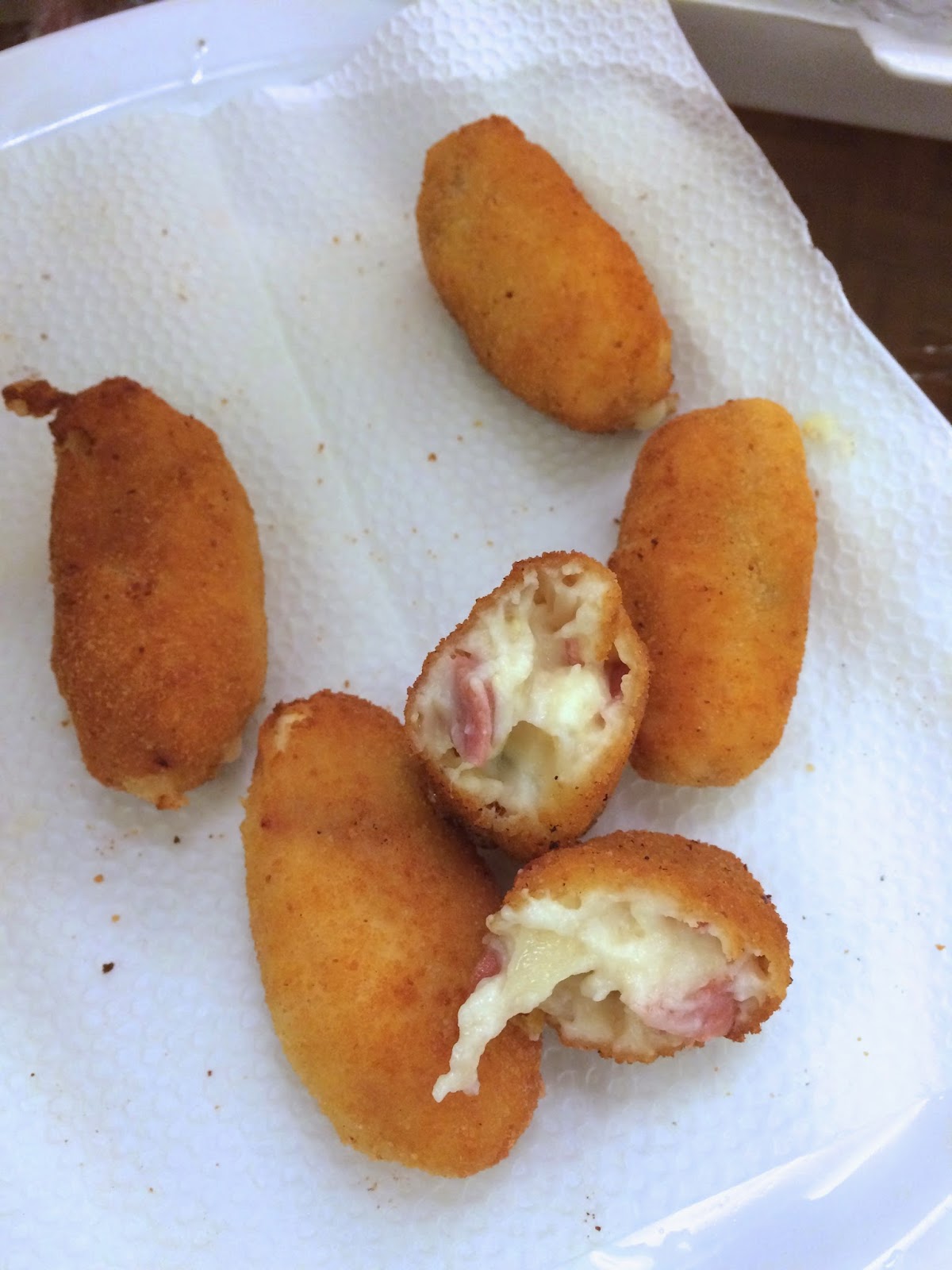 with various members of SCREAM

All Saints' Day (1 November) is a Christian holiday. Honors saints, all of them.  In the Philippines, the most devout Catholic country ever, it's a major national holiday.   Preceded by Halloween (31 October).  Followed by All Souls' Day (2 November), the day of the dead, when much of the local populace make pilgrimages to cemeteries and pay respects to their ancestors.

James and Karla invited the gang over for dinner again (see most recently 5.209 Animal Assault)--an ideal holiday for a group called "SCREAM." 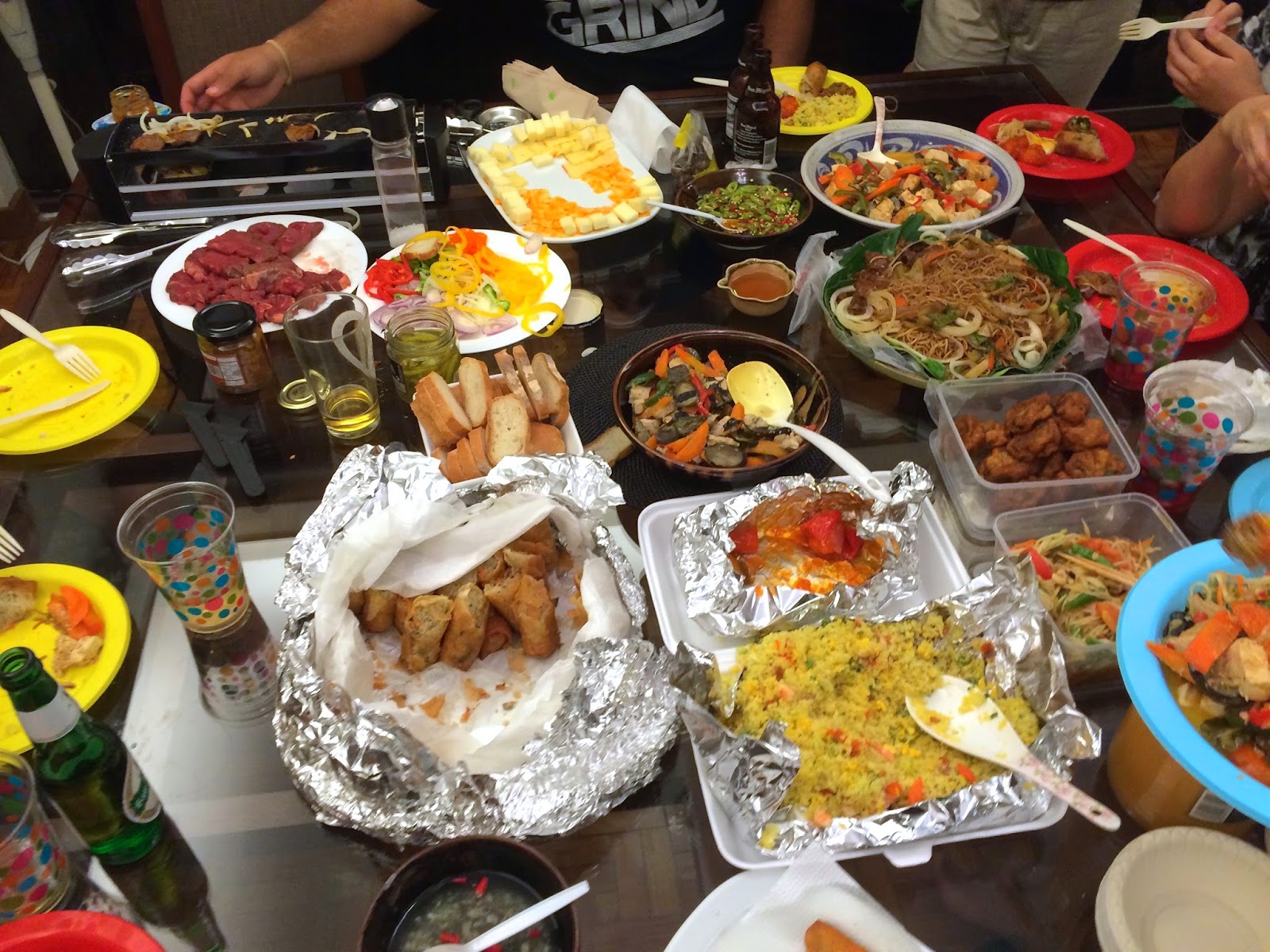 Croqueta is a Spanish fritter.  Similar to its French counterpart in appearance--smallish ball/disk/cylinder--and technique--breaded and deep-fried (see generally 5.102 Potato & Corn Croquettes).  However, in lieu of mashed potato, the Spanish version tends to comprise some kind of dairy-based filling, such as bechamel or cheese. 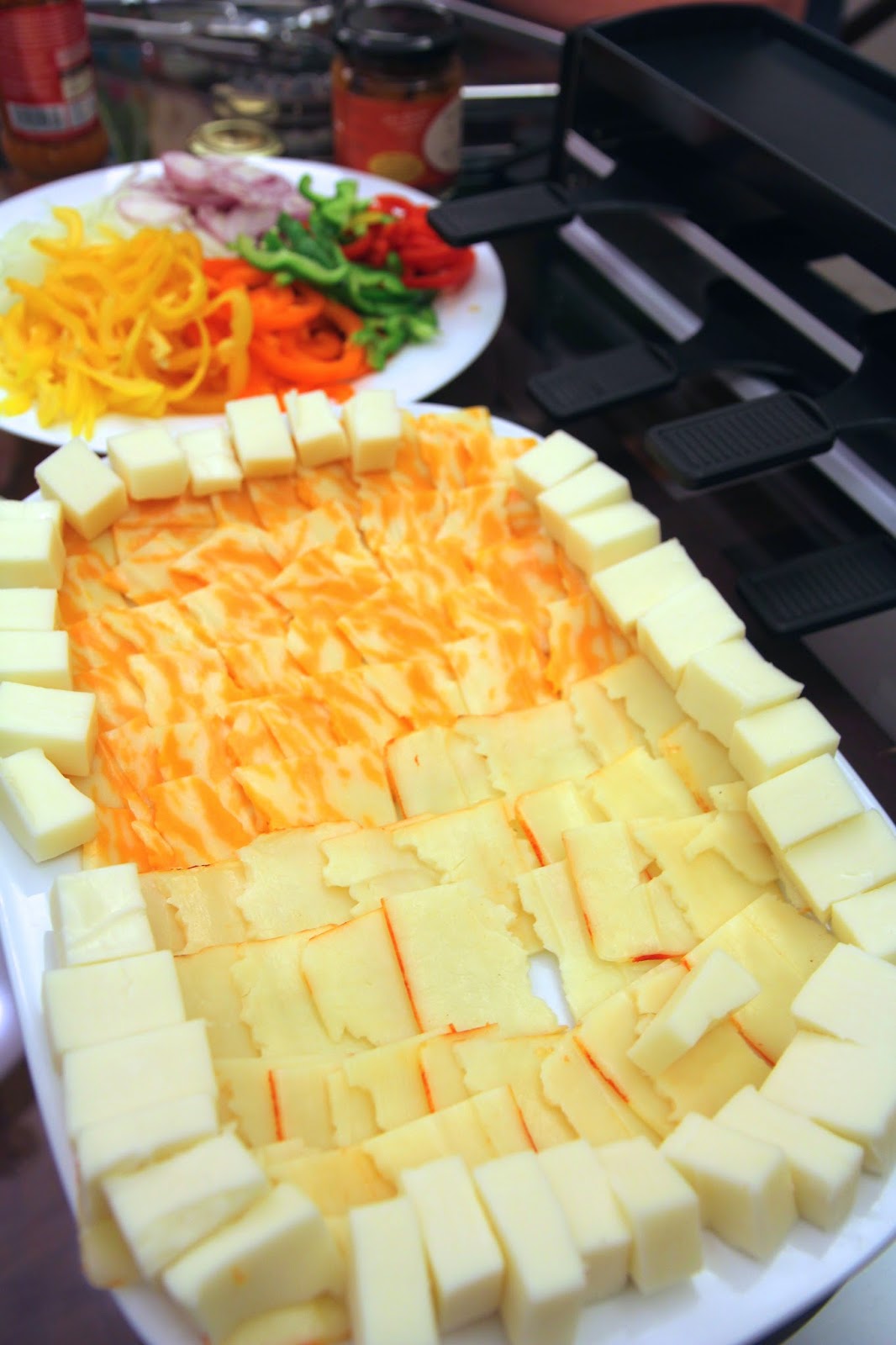 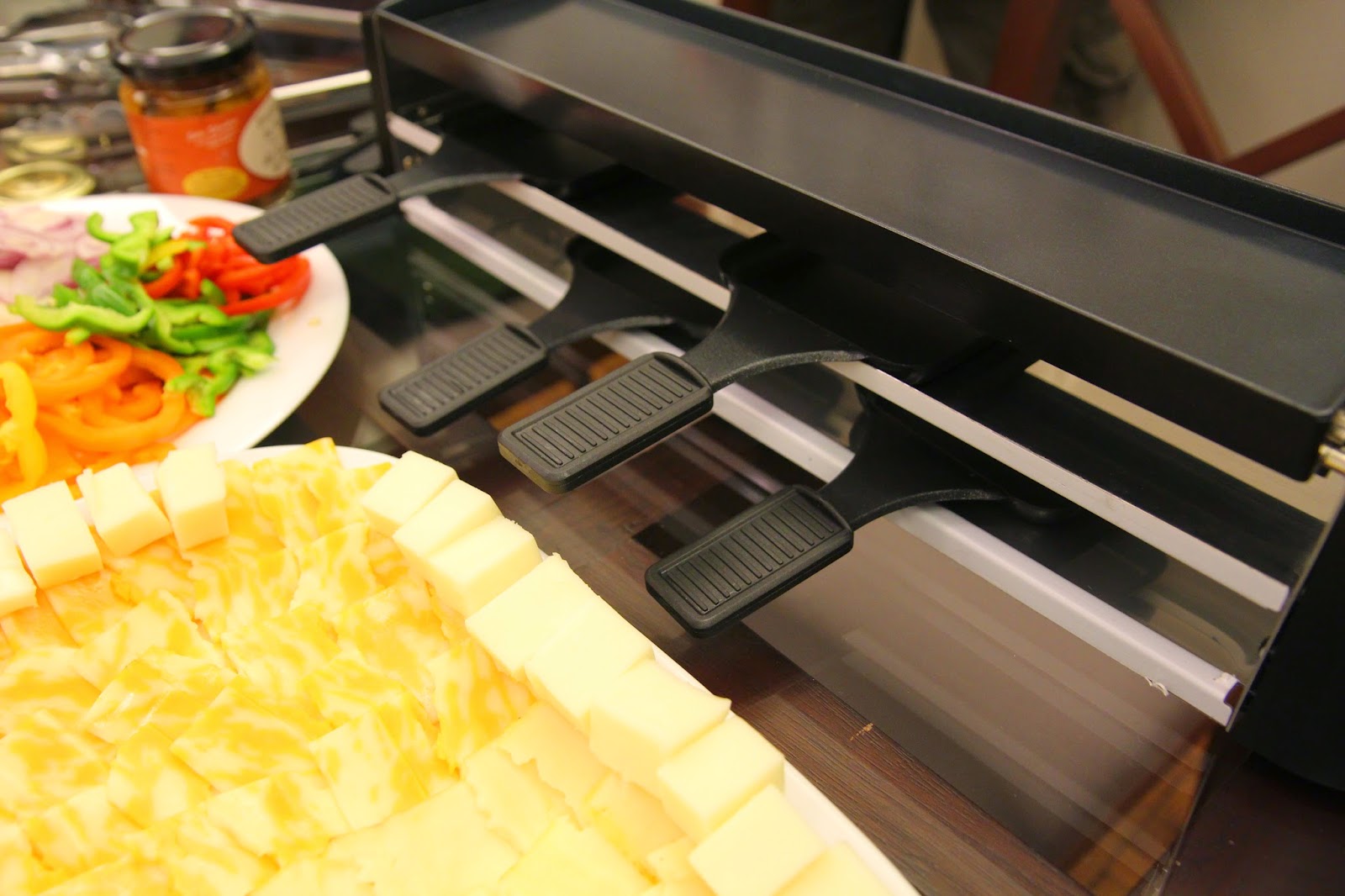 Brand new, brought the grill from my recent trip to Korea.

Potluck again.  This time, with fake vegetarian S absent from the proceedings, the offerings were noticeably heavy on animal.  Ironically, I prepared a raclette spread, completely free of meat.   The only other non-Asian dish--my personal favorite of the meal--was Carmen's croquetas: light and crispy on the outside, light and fluffy on the inside, with bits of ham and egg.  But it was all good, and too much of it. 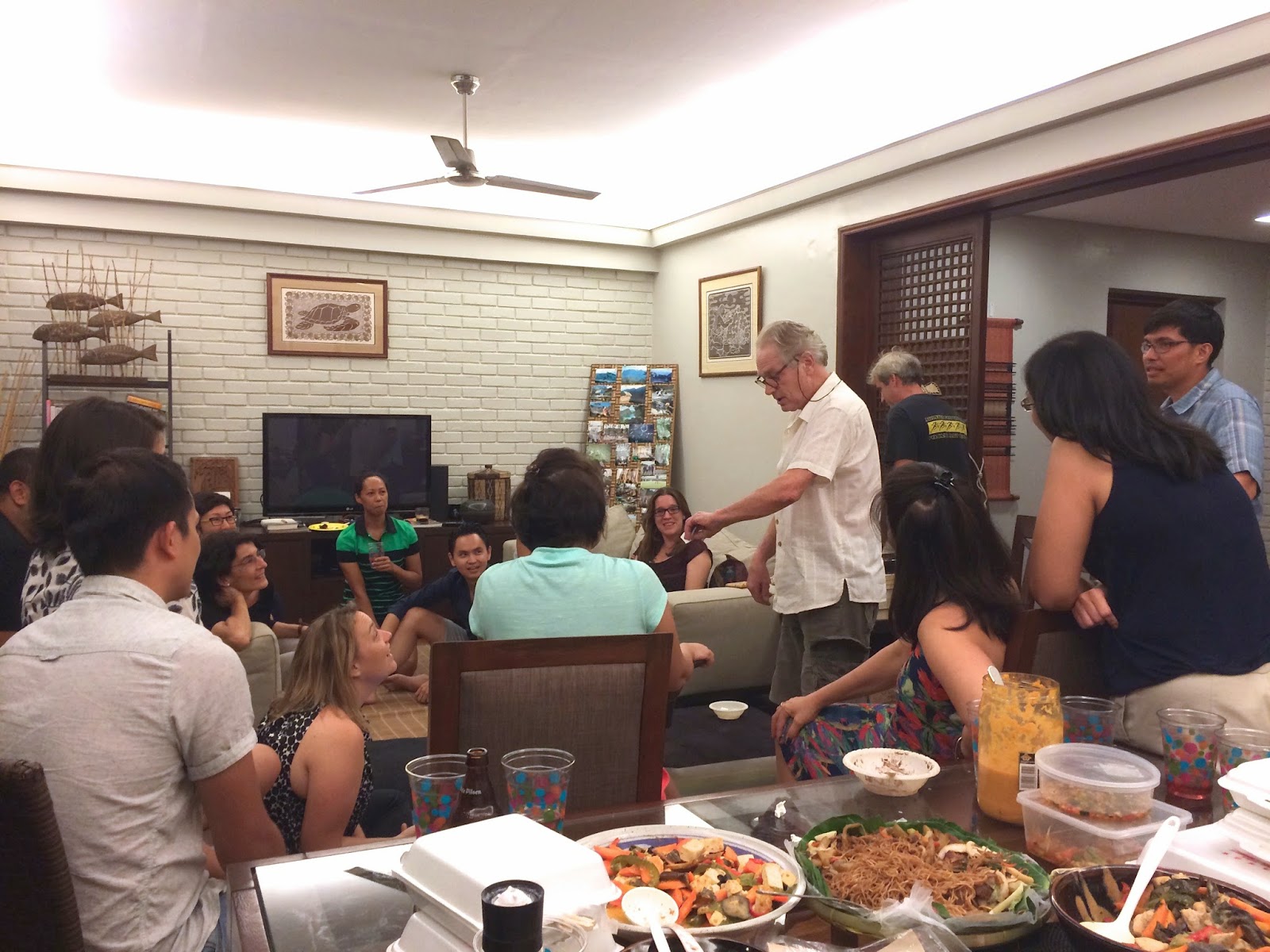 
I should learn how to make the croquetas and other Spanish dishes from Carmen, who really is an amazing cook (see most recently 5.151 Chipirones en su Tinte).  Must be a Spanish thing (see for example 5.200 Bolletus Cream with Fried Egg). 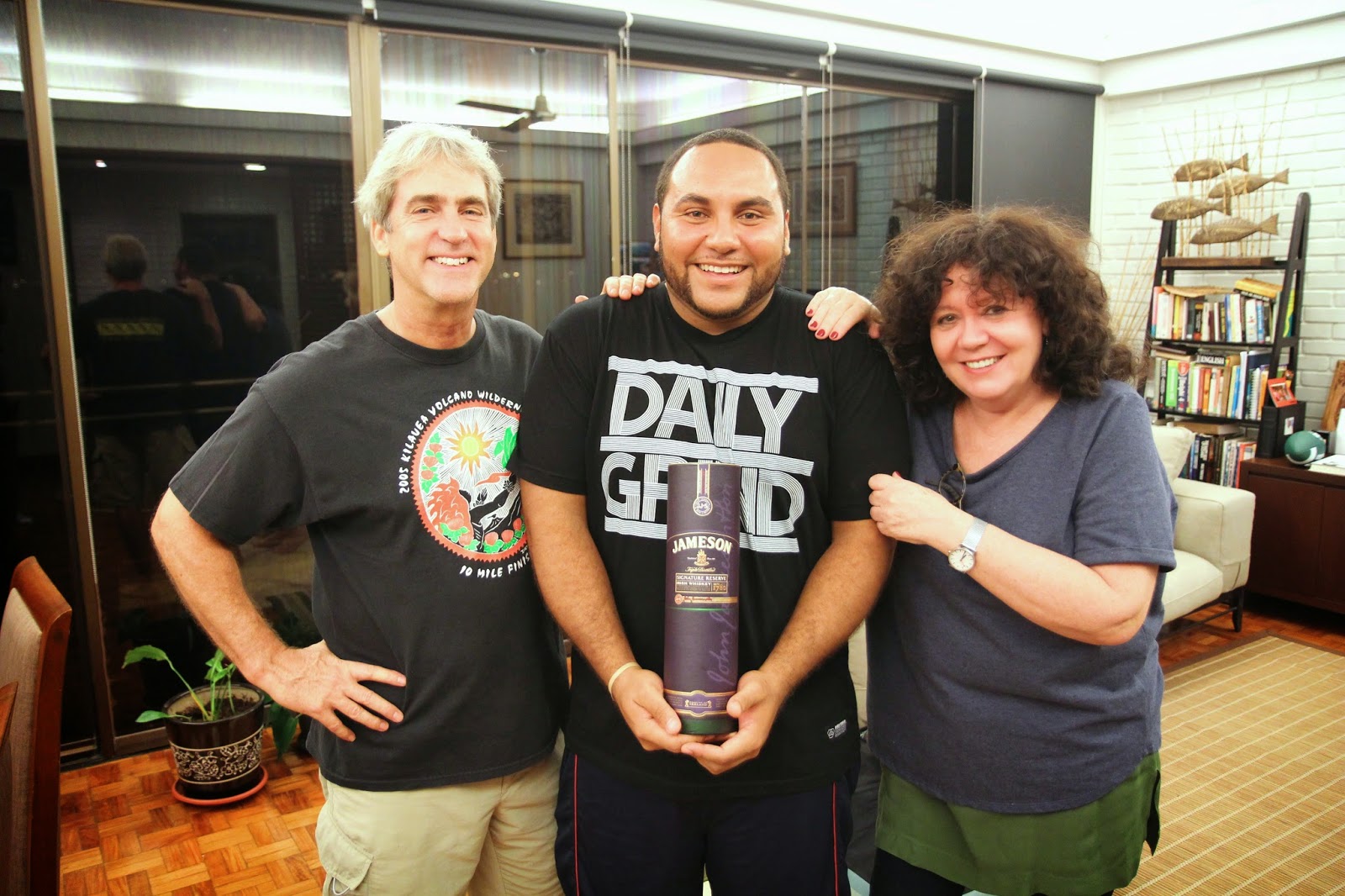 My other contribution was a bottle of Jameson whisky.  That's James and his son--get it?  Deirdre is Irish--get it?  (Brandon is not their adopted black kid--his mother, James's ex-wife, not present, is Fijian.)