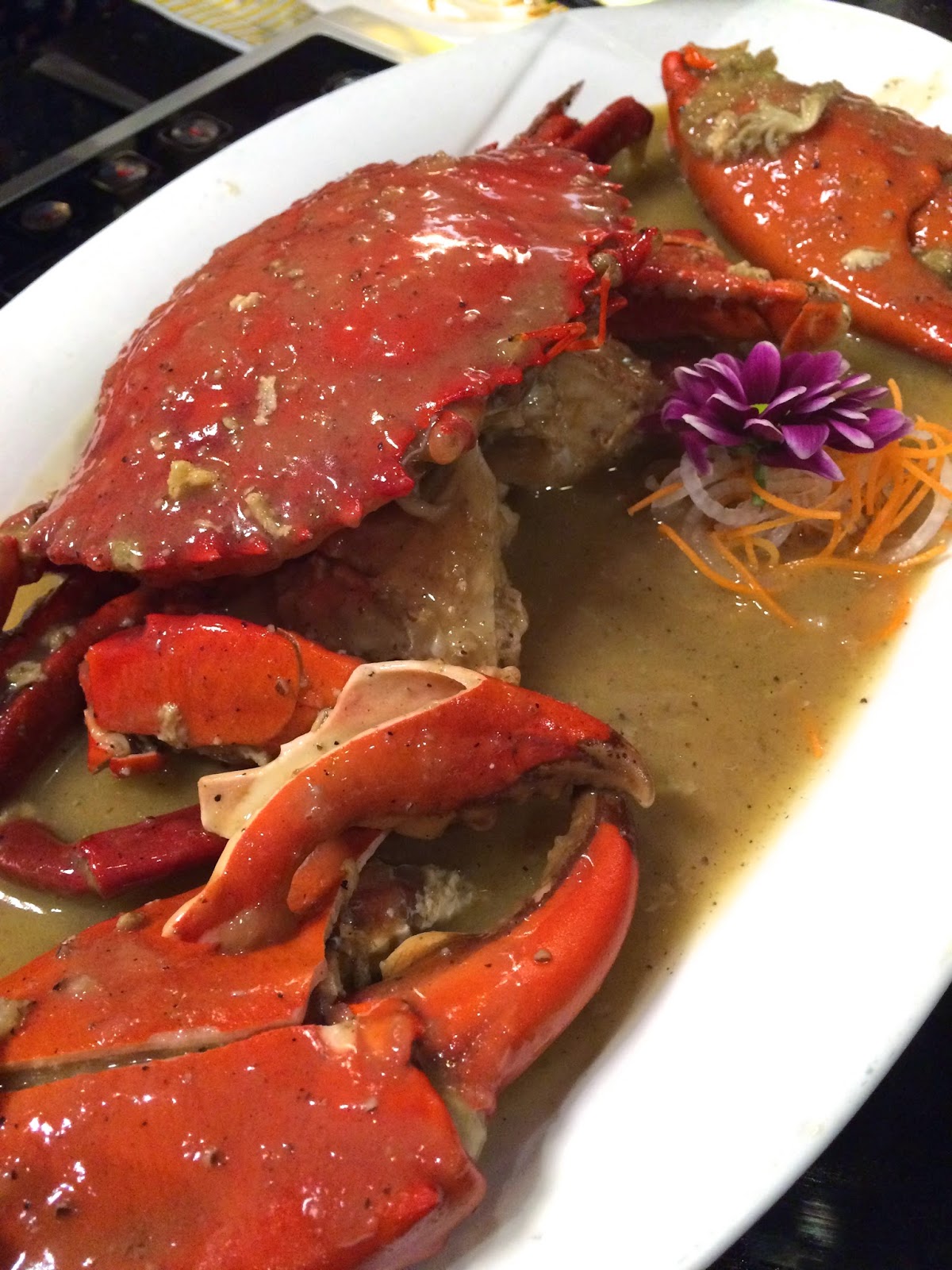 
TEITY.  Try Every Item at Tao Yuan* (see previously 5.299 Tangho).  Attempting to eat my way through the restaurant, all 222 items (excluding shark's fin and desserts).  From what I've seen so far, it would seem to be one of the best in the neighborhood, solid on all counts: taste, quality, variety, service, vibe, proximity, maybe price.  Once I've tried everything, I'll know exactly what to get, depending on the circumstances, whether it's for a quick bite on my own, a casual night out with friends/colleagues/family, or a formal occasion hosting bosses/VIPs.  That kind of certainty, in the unpredictable culinary landscape of Manila, will be invaluable. 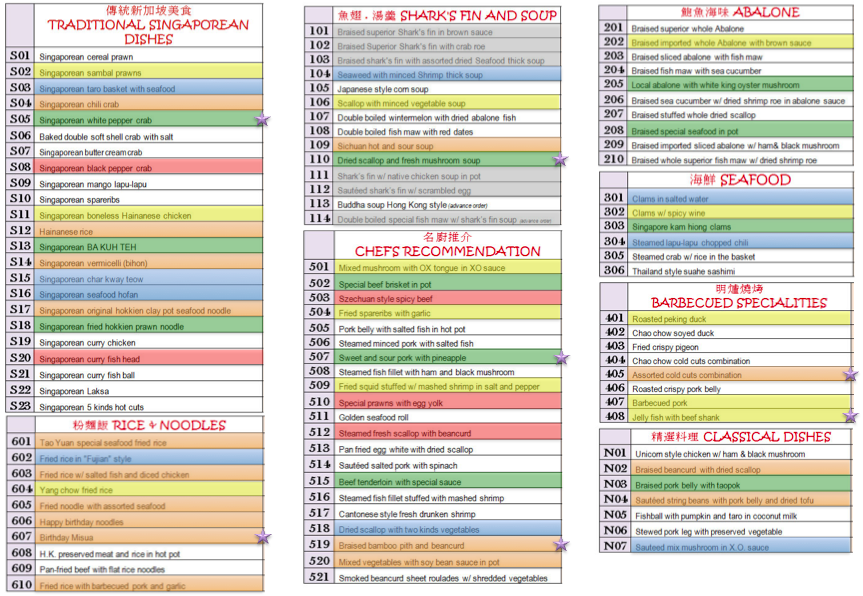 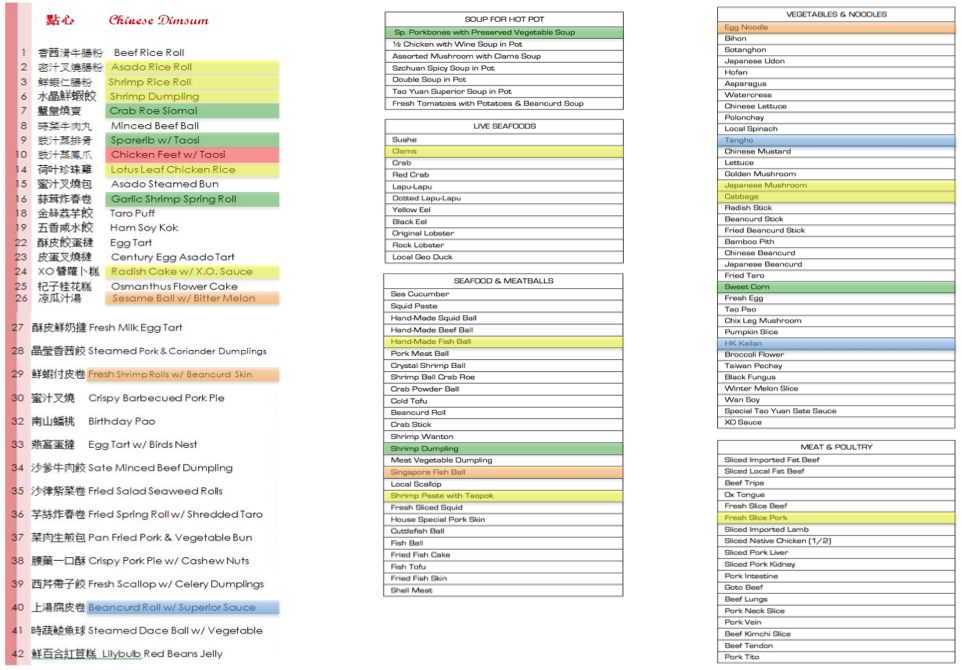 The highlight of the meal was the White Pepper Crab.  Rich peppery flavor, just hot enough.  The crab was okay, though of course local crabs are so hard that getting at the meat was quite difficult.  And messy as always.  If paired with some other seafood, like shrimp or maybe even lobster, the sauce has potential to make the permanent rotation. 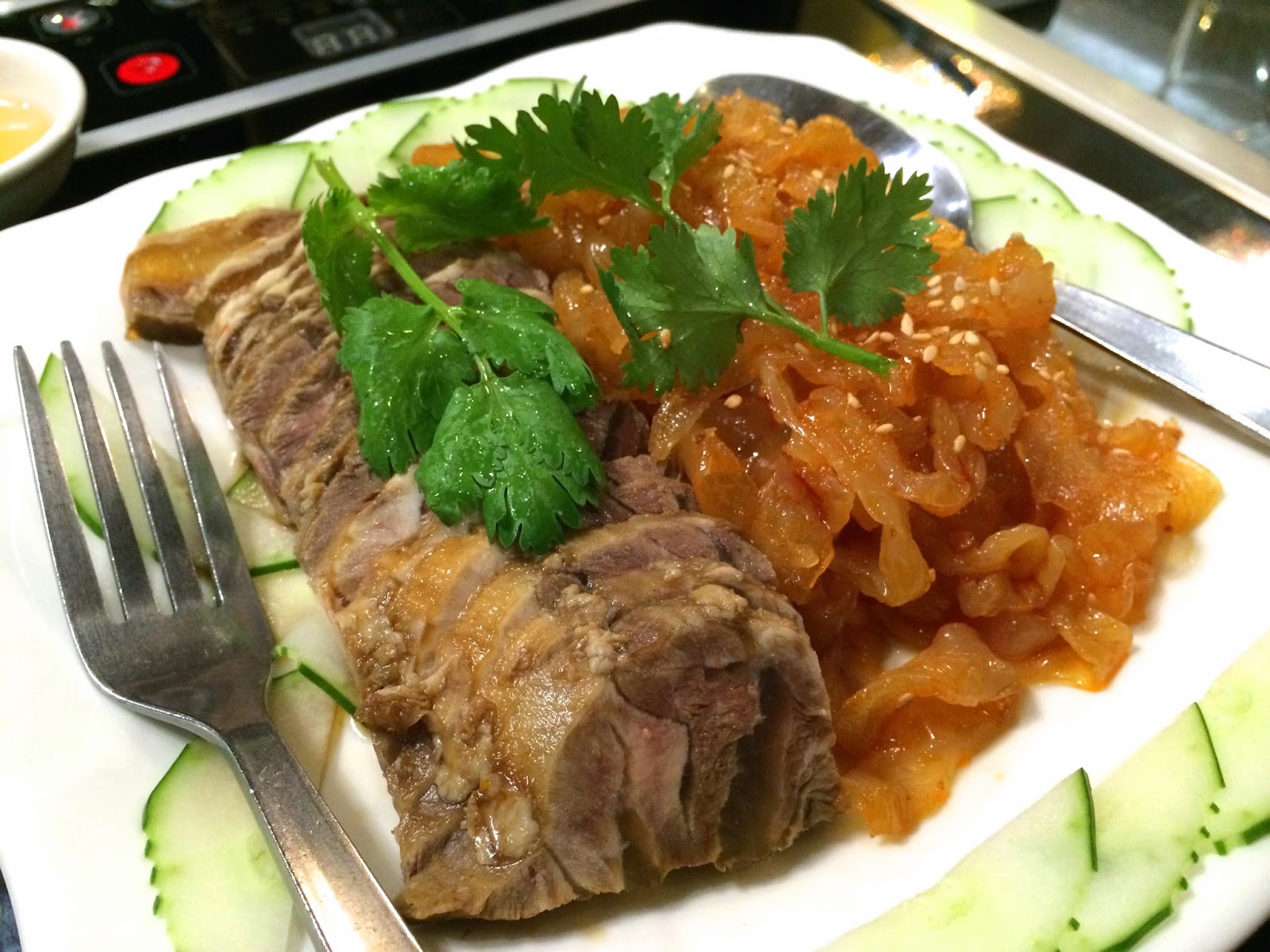 Jelly Fish with Beef Shank (1.5)--beef was okay but the jellyfish was heavy with too much sesame oil, would've been better with mustard oil like they do in Korea. 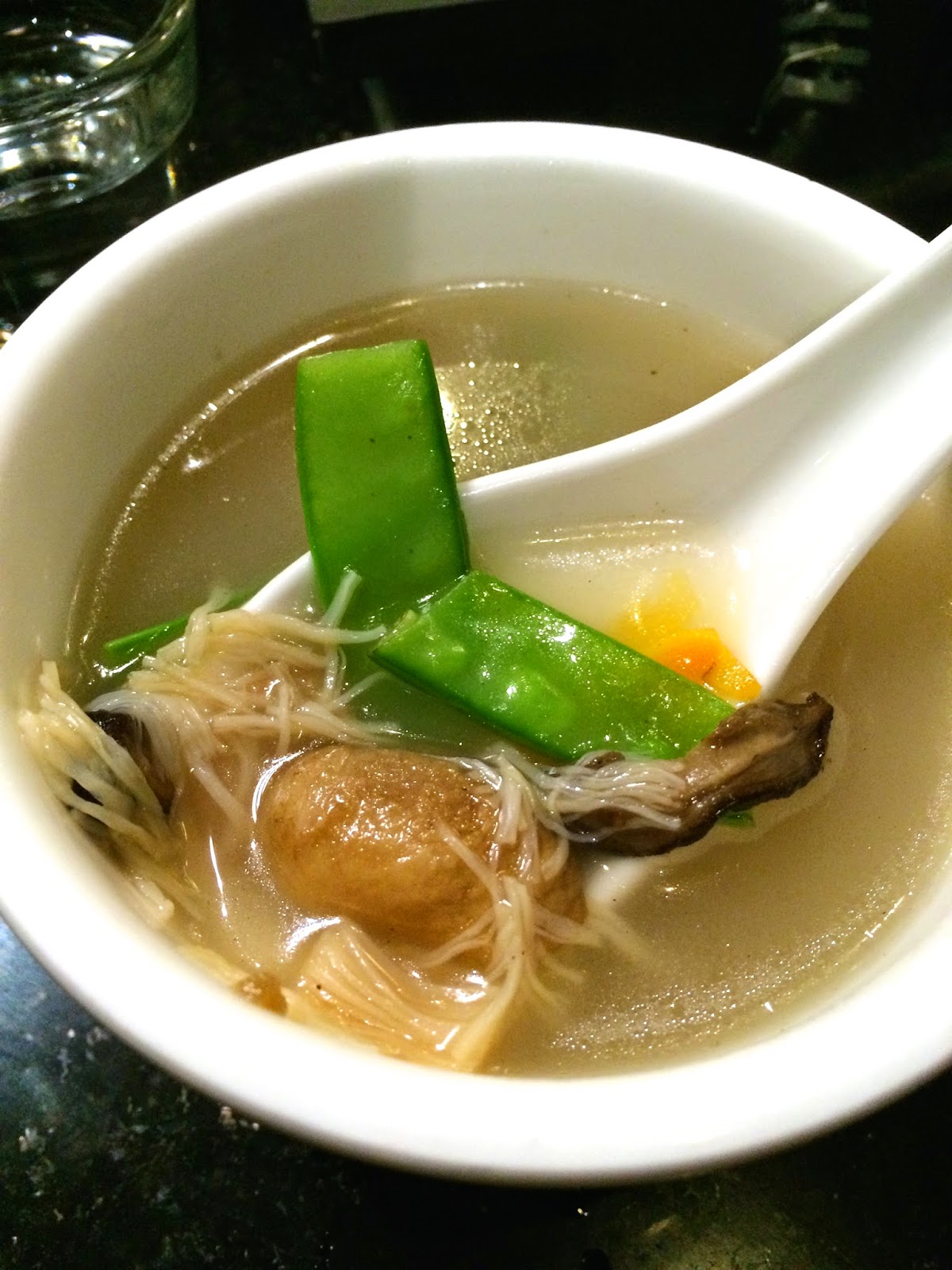 Dried Scallop and Fresh Mushroom Soup (3.25)--delicate in texture, yet with bursts of strong flavor from the scallop and mushrooms. 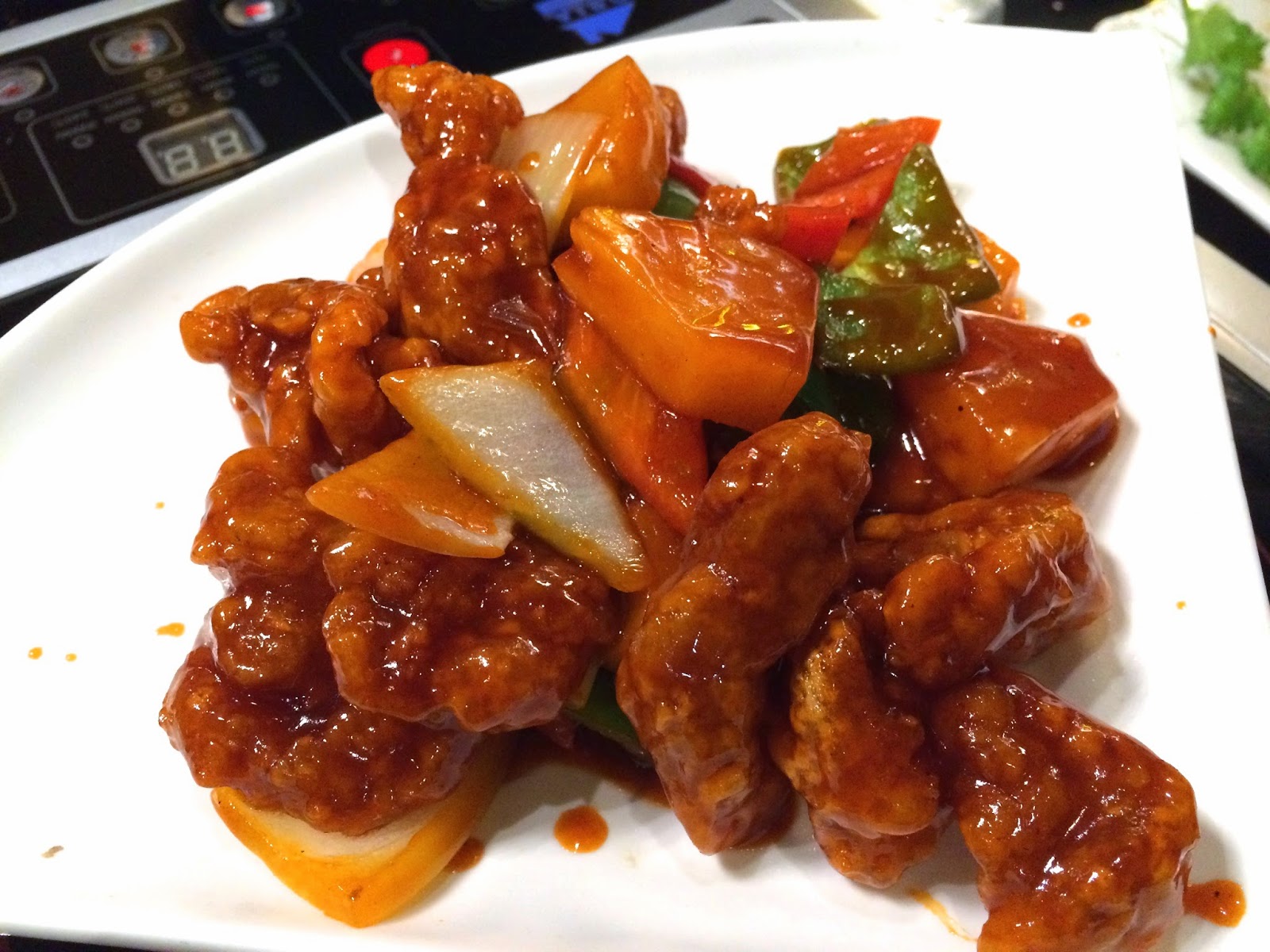 Sweet and Sour Pork with Pineapple (3.25)--perfect for Koreans, a definite contender for the permanent rotation. 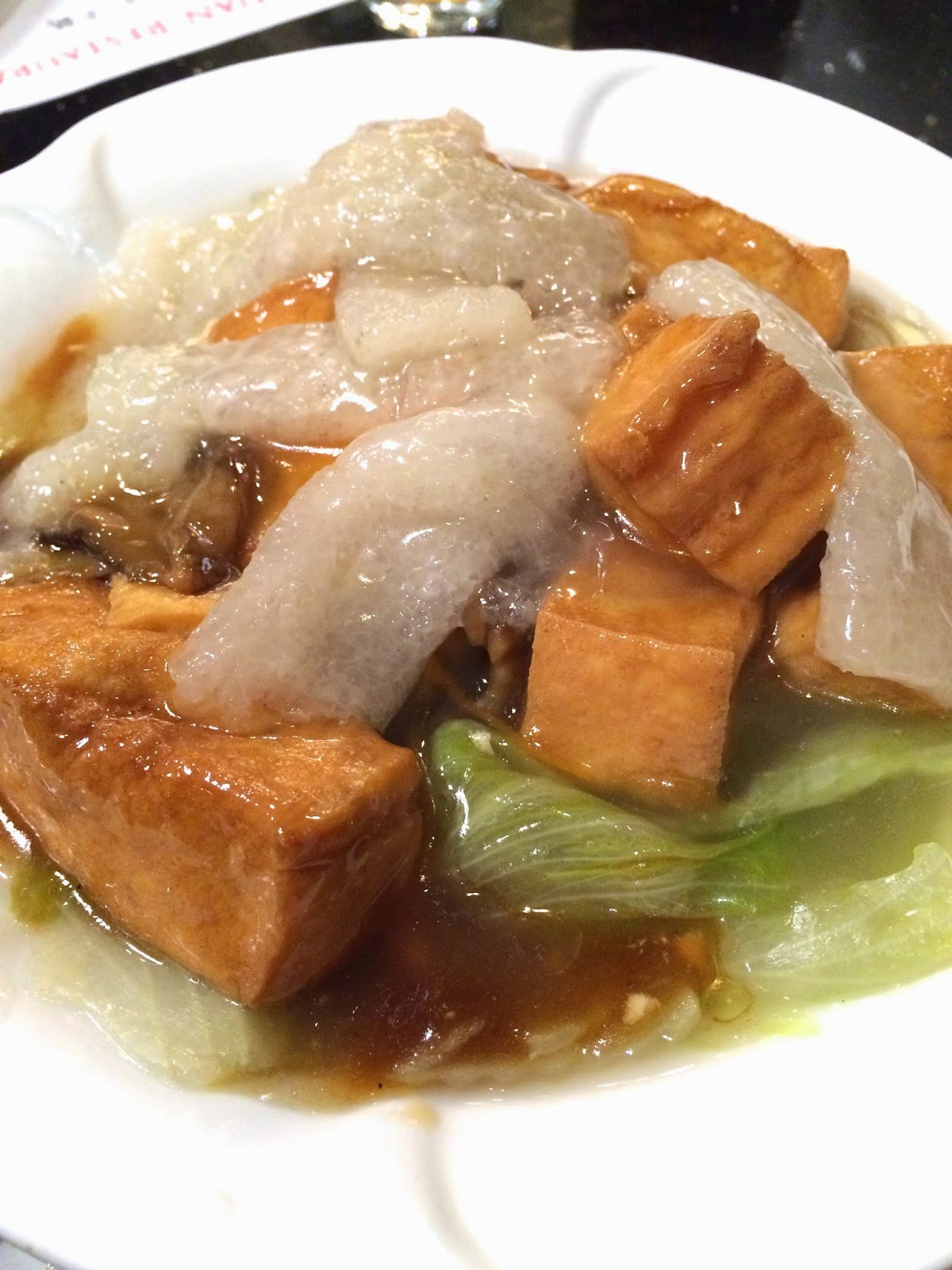 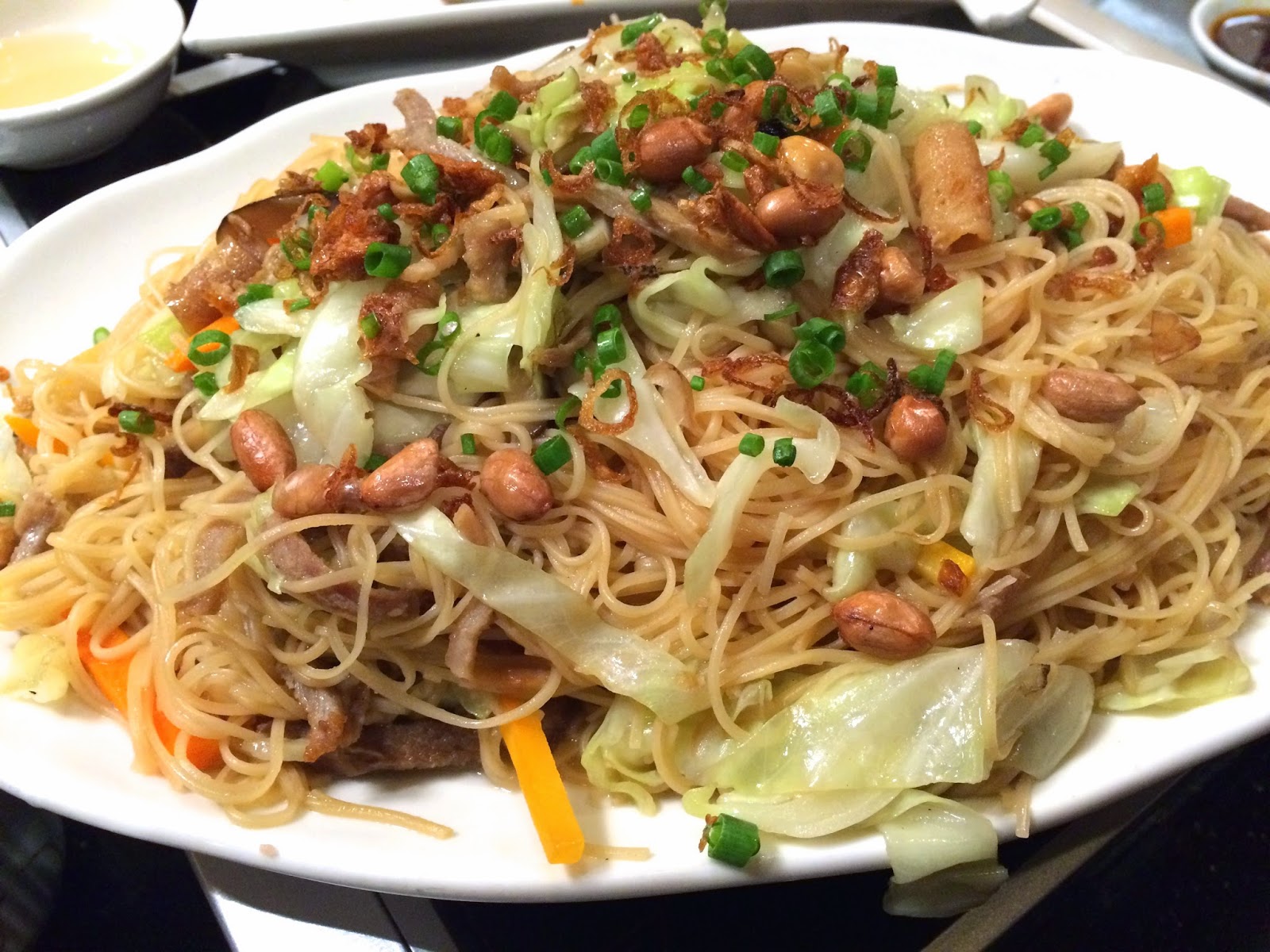 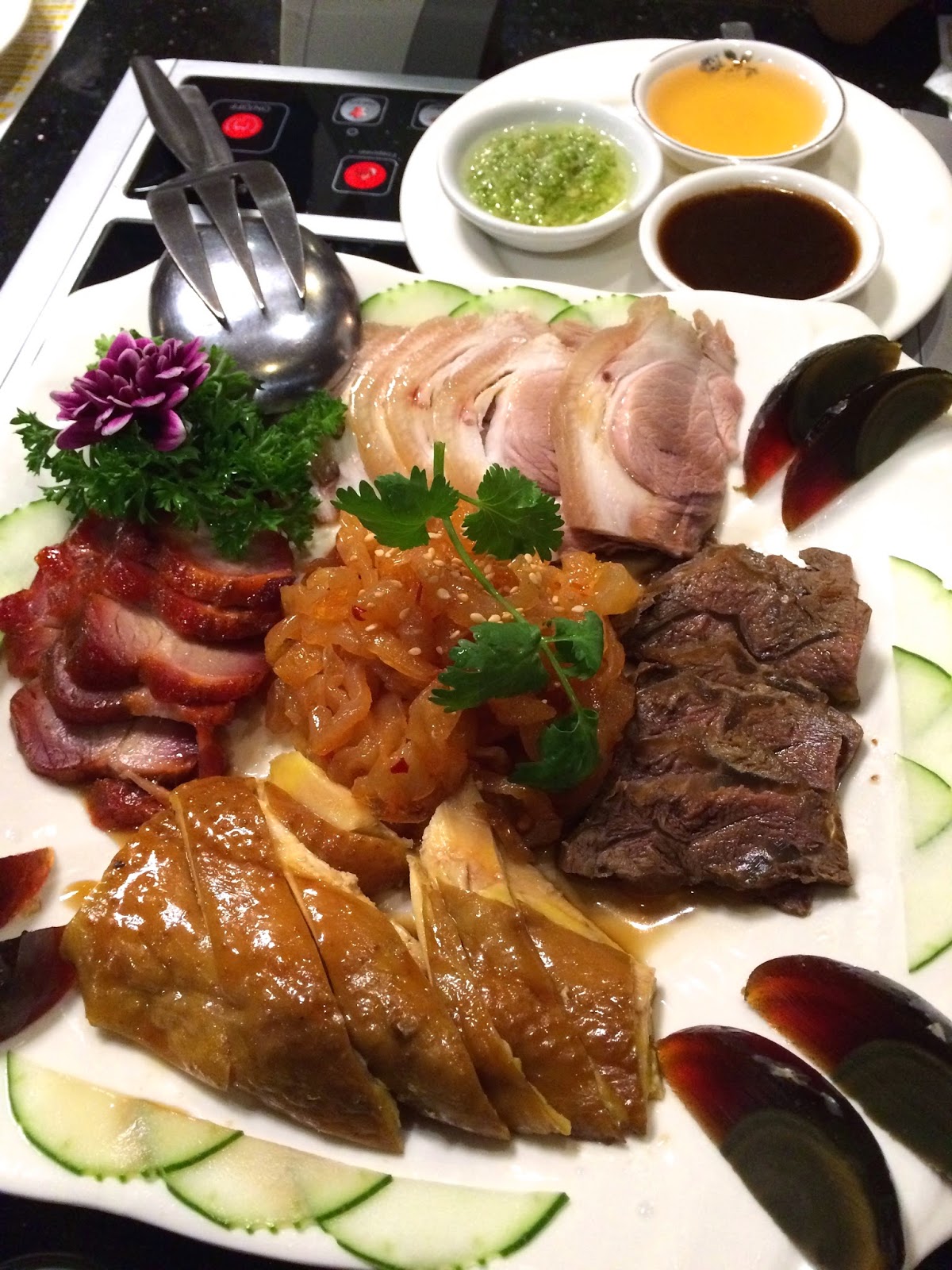 Assorted Cold Cuts Combination (1.5)--though stuffed, we still had a few drinks on the table, so we ordered one last dish as anju, hopefully something light, and it was, but the assortment included the exact same jelly fish and beef that had opened the meal; the soy chicken and pork asado were okay; the pork shank and century eggs, not so much.